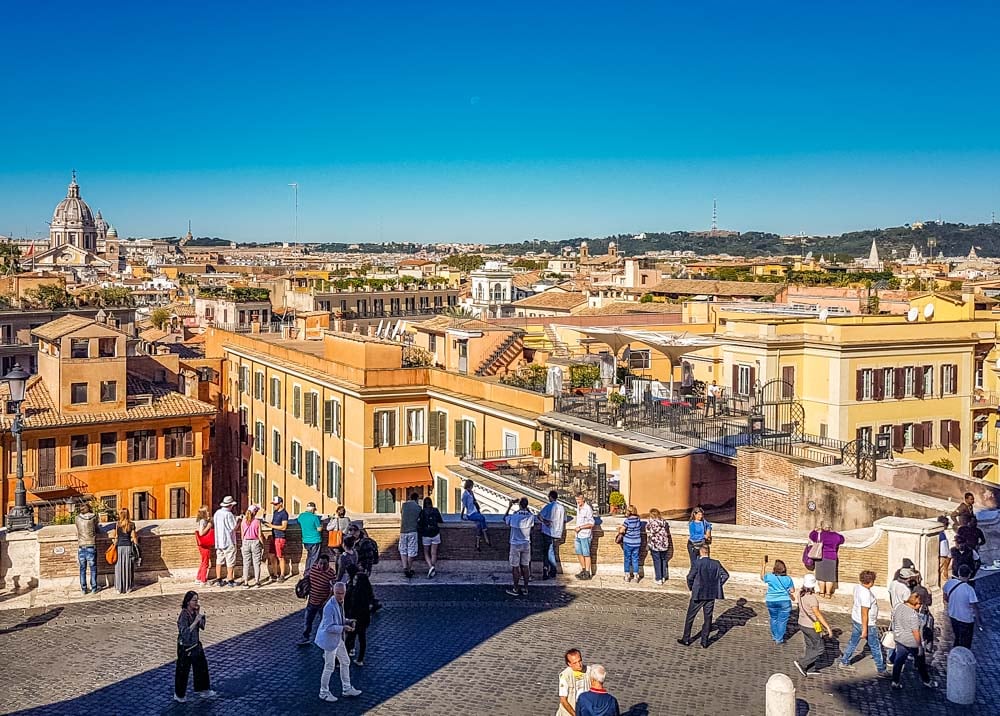 I was recently fortunate enough to visit the beautiful city of Rome with hubby. It was for a special occasion (30th Anniversary – how time flies!) and he was keen to go – happy days 🙂

I had always wanted to visit the Spanish Steps, Rome and this was time to see one of the historical landmarks that I had always heard so much about. 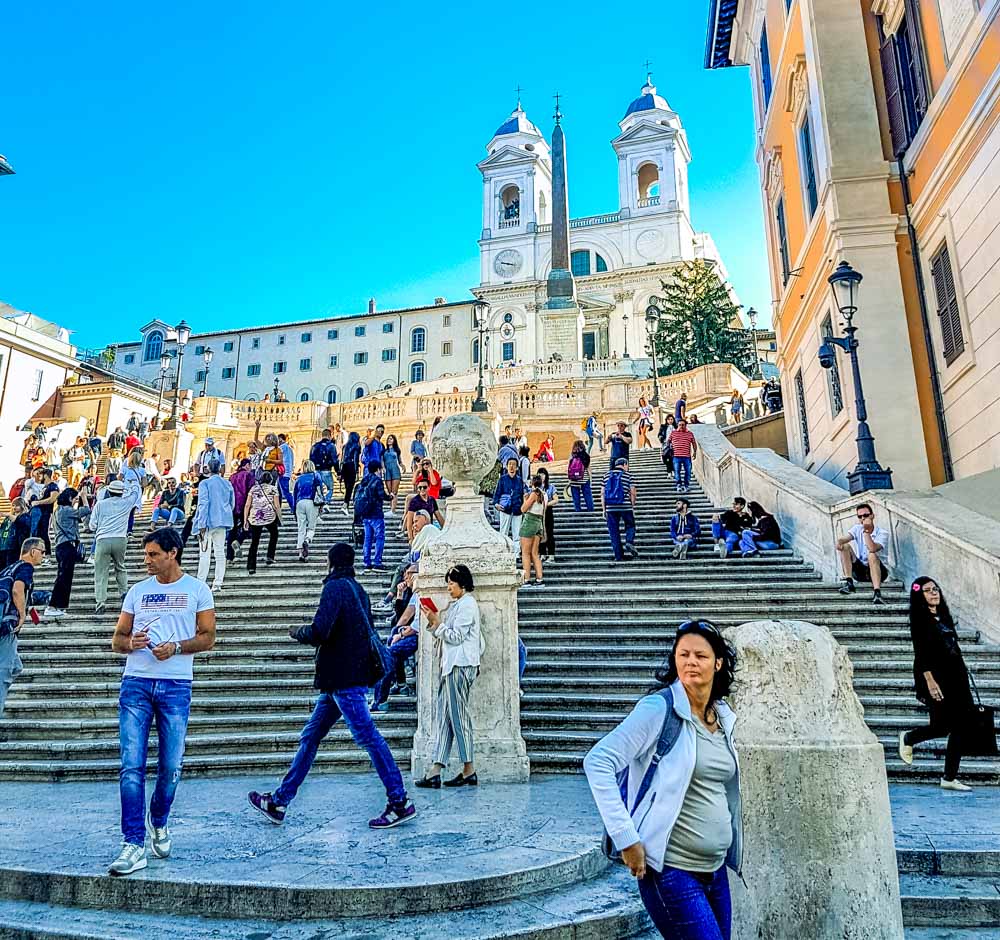 We stayed in a fairly central location in Rome, on one of the main thoroughfares called Via Nazionale. This proved accessible by foot to most of the major popular sites such as the Colosseum, Trevi Fountain, Piazza Navona and The Spanish Steps.

There is indeed a lot of history and information to write about in Rome as it is a very beautiful and interesting city. However, I decided to concentrate this article on The Spanish Steps as this was probably where I took the most photos. It also has very interesting historical and media facts connected to it as well. 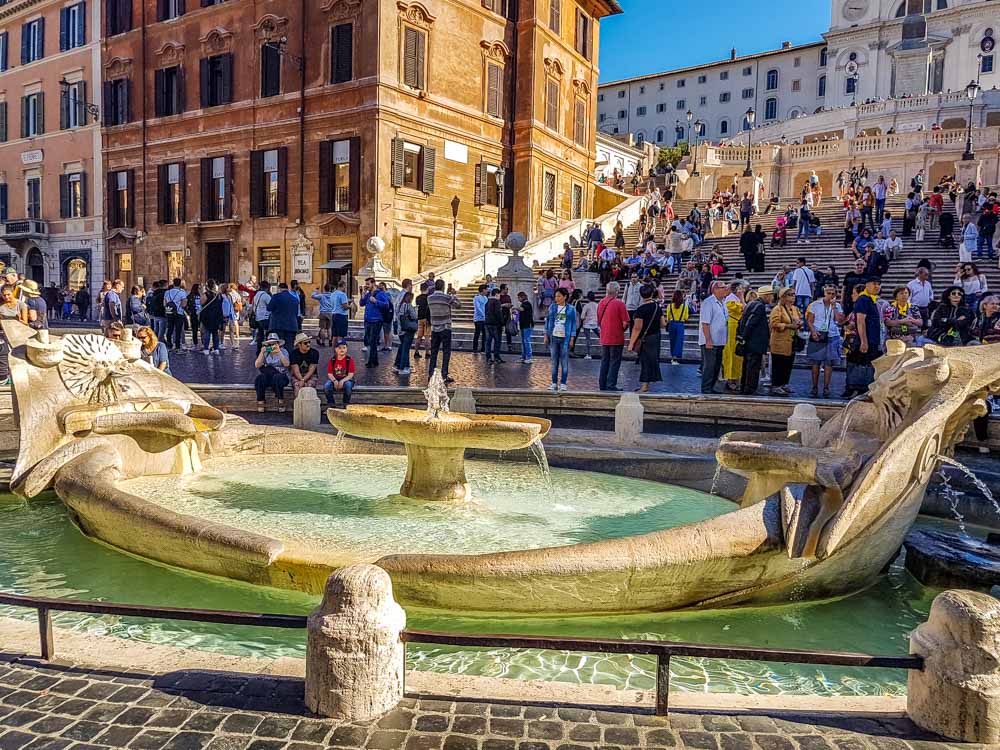 The steps climb a steep slope between the base – Piazza di Spagna and the Piazza Trinata dei Monti at the top, where the Trinata dei Monti church is situated. There are 174 steps in total, although often mistakenly 175 are counted. This is due to the fact that the slightly elevated drainage system is often mistaken for the first step. 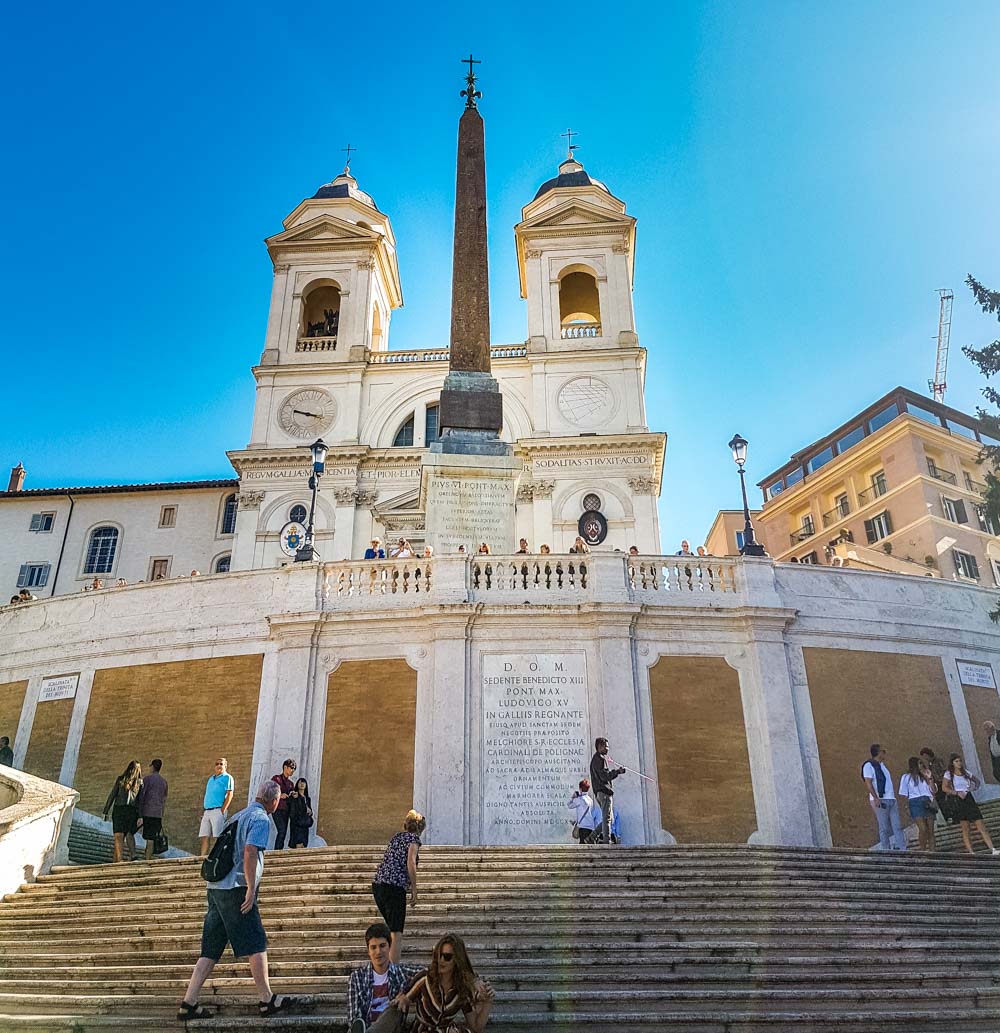 The steps were constructed between 1723-1725 with funds from a French diplomat called Etienne Gueffier and they link the Bourbon Spanish Embassy and the Trinata de Monti Church. The long triangular Spanish square is named after the Spanish Embassy to the Holy See and in the 17th Century was considered Spanish territory. However, in the 17th century the French also planned a statue of King Louis XIV at the top of the staircase, but this was refused by the Pope. Symbolically the staircase aimed at celebrating the peace between Spain and France.

The steps were originally designed in 1717, following a competition by Francesco de Sanctis, although there is some dispute that Alessandro Specchi should have taken credit for it. Drawings dating from the 1580’s also show that Pope Gregory XIII was interested in constructing a staircase to the recently completed French church. There seems to be quite a lot of controversy over the centuries as to who owned the steps and who was responsible for renewing them. The latest renovation was I 2015 and the steps reopened on 21st September 2016. 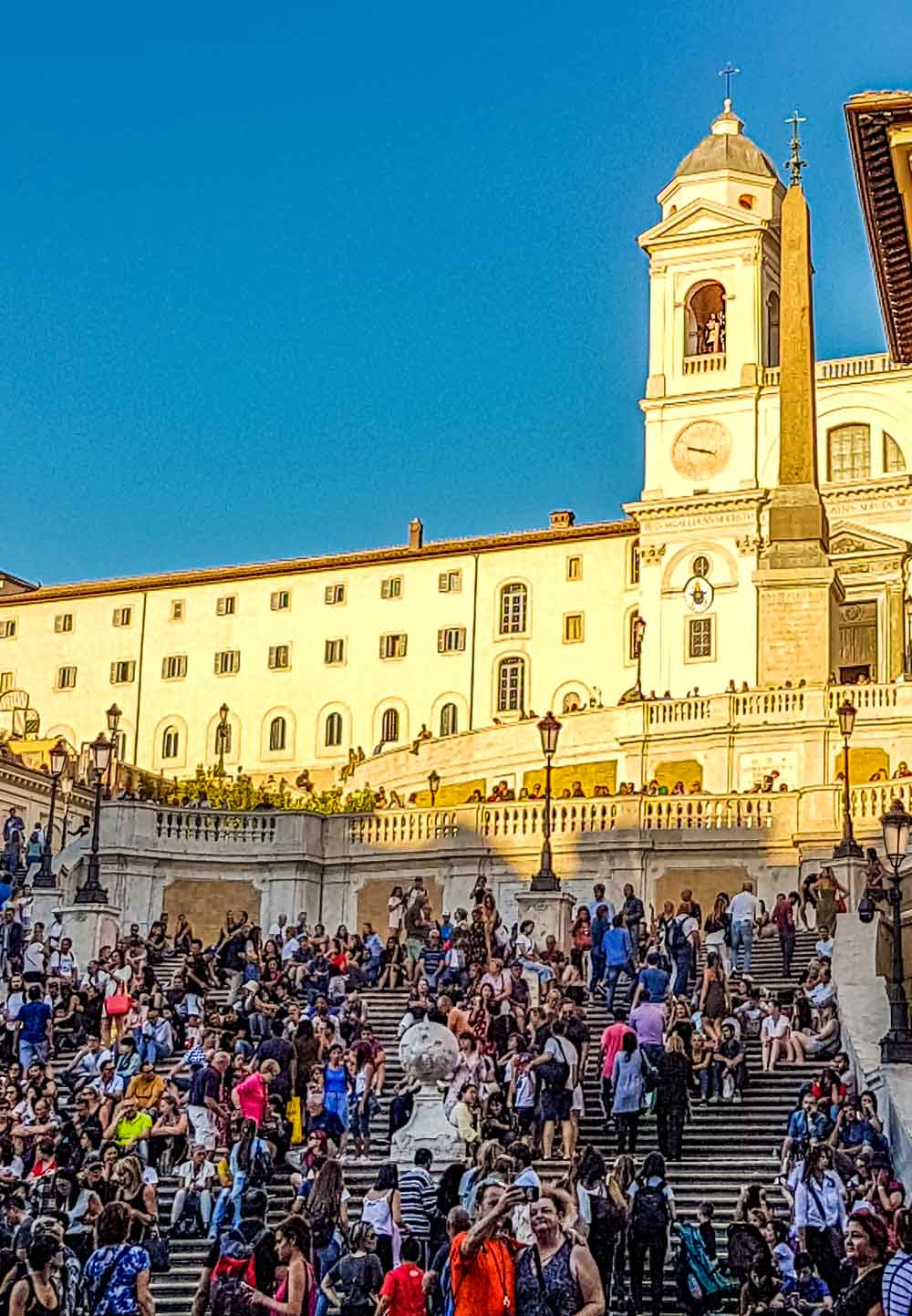 I must admit that the upkeep of the steps is of great importance. As we descended from the Piazza Trinata dei Monti, you could quite easily lose your footing whilst looking at the beautiful scenery overlooking Rome including Vatican City in the distance. Unfortunately, we didn’t have time to visit Vatican City as it was a short trip – a good excuse to visit again me thinks !

We did make it to the bottom through all the crowds to the Piazza di Spagna. Situated here is a fountain called Fontana della Barcaccia (Fountain of the longboat). This was built in 1627-29 by Pietri Bernini, father of Gian Lorenzo Bernini who was said to have been involved in the decoration. 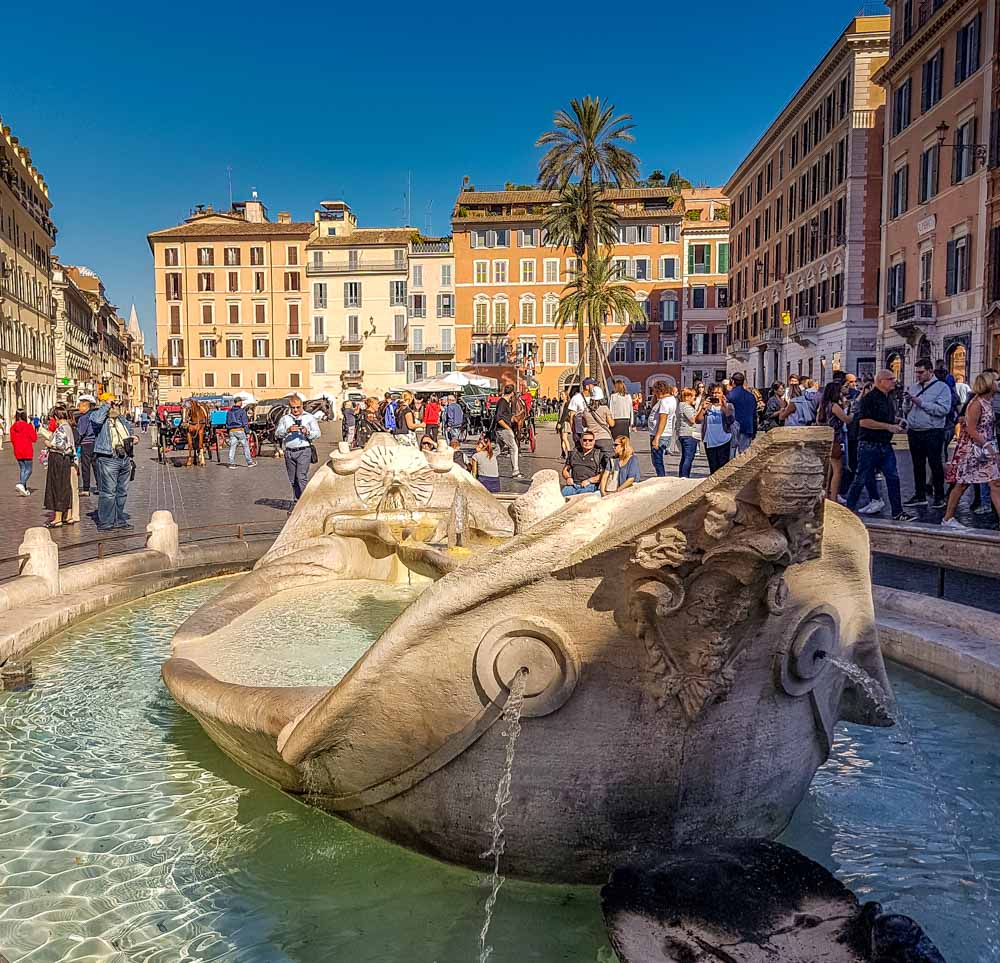 Legend has it that Pope Urban VIII had the fountain installed after being impressed by a boat brough there after the River Tiber flooded in 16th century. The design of the sinking boat also helped Bernini overcome a technical problem due to low water pressure.

The steps are also famous for many media highlights such as films. A Roman Holiday with Audrey Hepburn and Gregory Peck was filmed here as a ‘accidental meeting place’ for them in the film.

Also, at the bottom corner on the right of the steps is the house where English poet John Keats lived and died in 1821. It is now a museum dedicated to his memory. 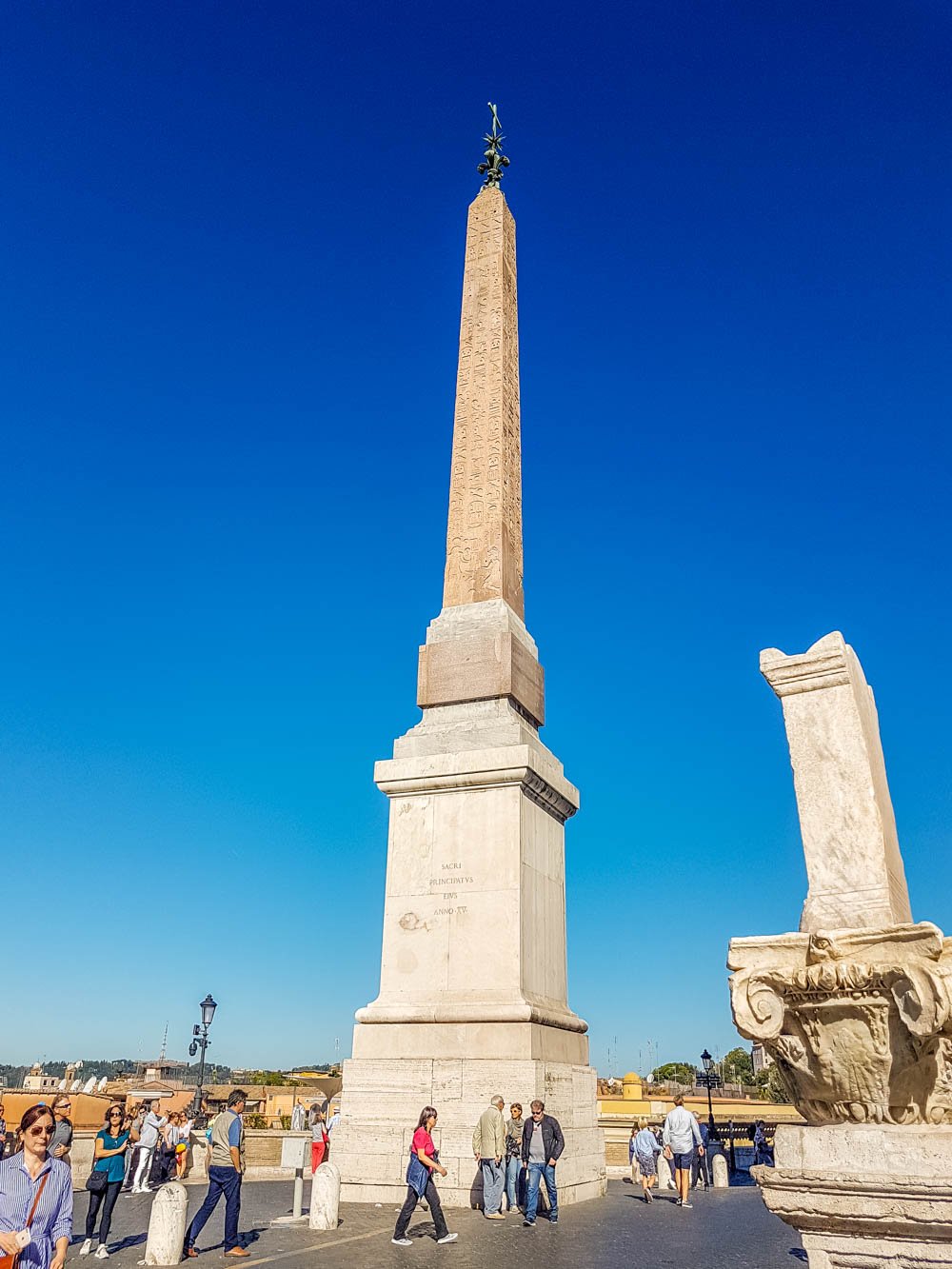 On the 13th June 2007 a drunken young man attempted to drive a Toyota Celica down the steps. Luckily no one was hurt, but several of the steps were damaged. The driver was arrested.

On the 16th January 2008 (my birthday, not year 🙂), Italian artist Graziano Cecchini covered the steps with hundreds of thousands of multi-coloured balls. This was to highlight the situation of Karen people in Myanmar and also protesting about living conditions of Italian artists.

On the 9th November2009 a multi-media event was held here to commemorate the 20th anniversary of the fall of the Berlin Wall in 1989. Sections of wall were erected on the steps during the event. 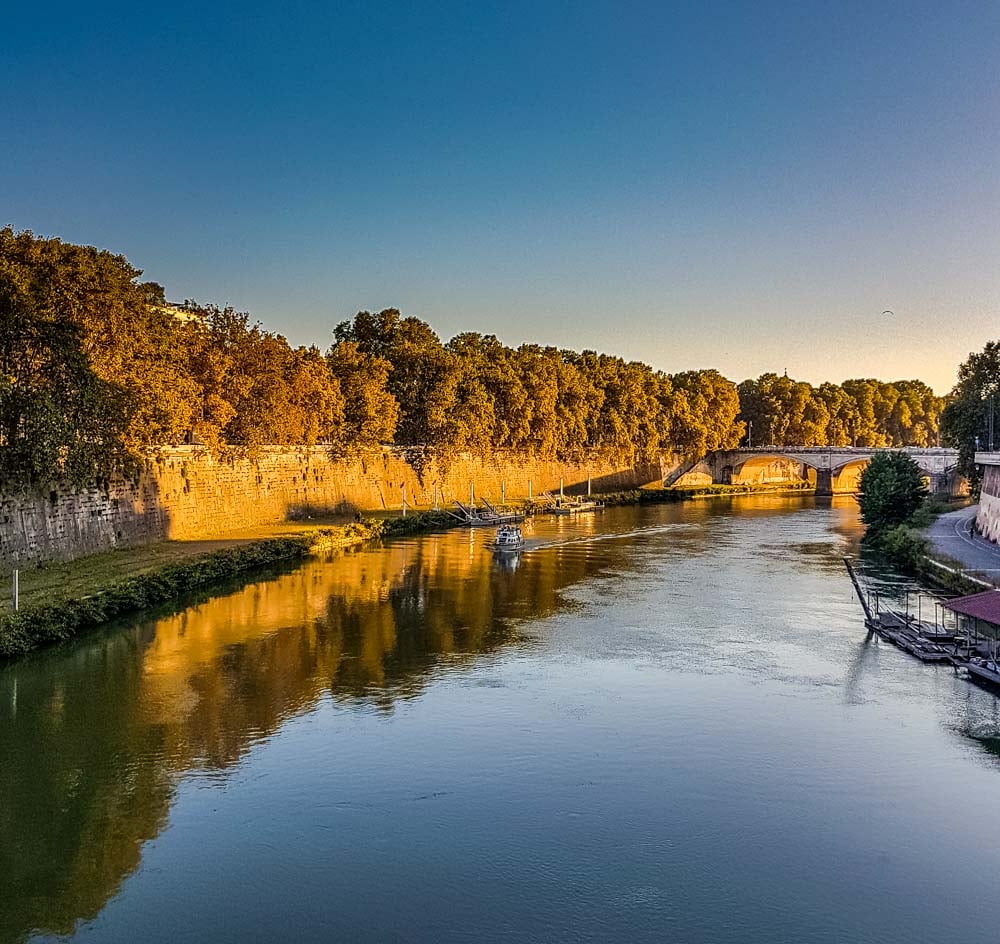 As you can see from this overview of the Spanish Steps it is a very interesting place to visit with a fascinating history. I didn’t know much about it before we went but I certainly do now. It would be a lovely place to visit in the springtime when the steps are covered by pots of azaleas. This in celebration of the anniversary of the foundation of Rome 🙂 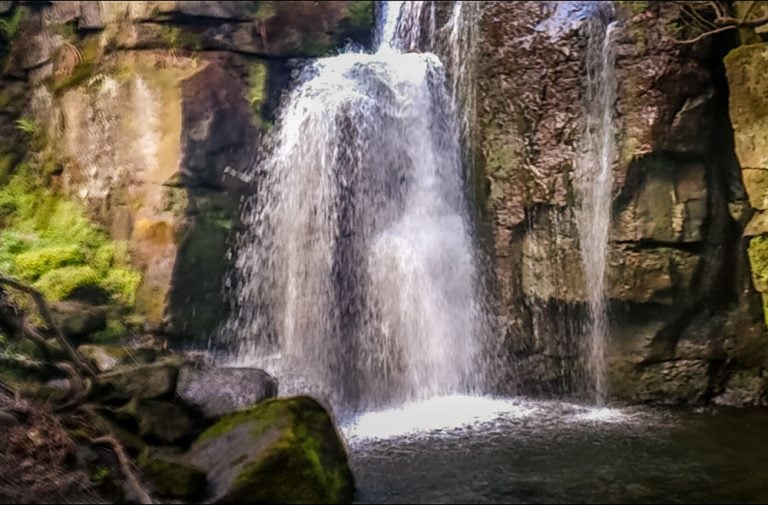 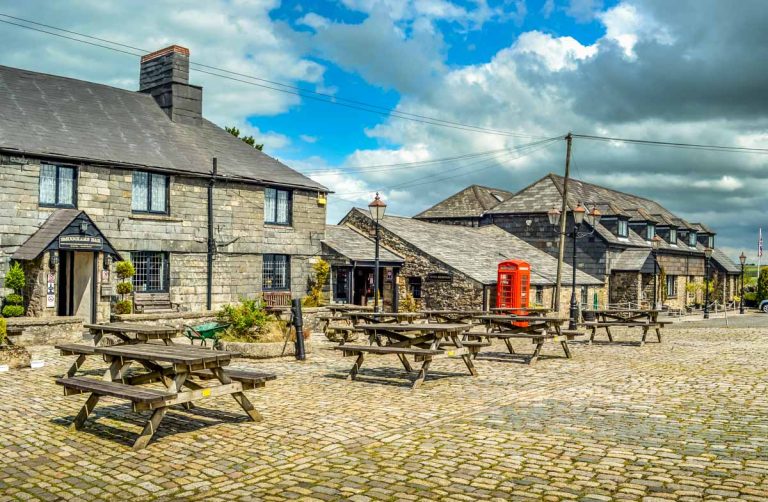 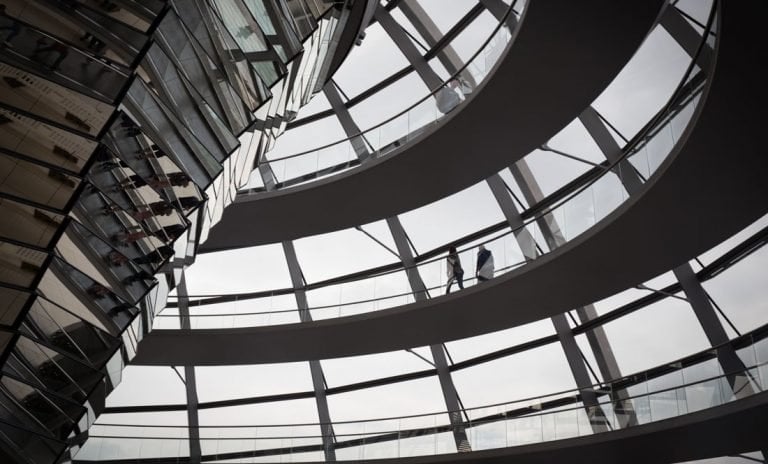 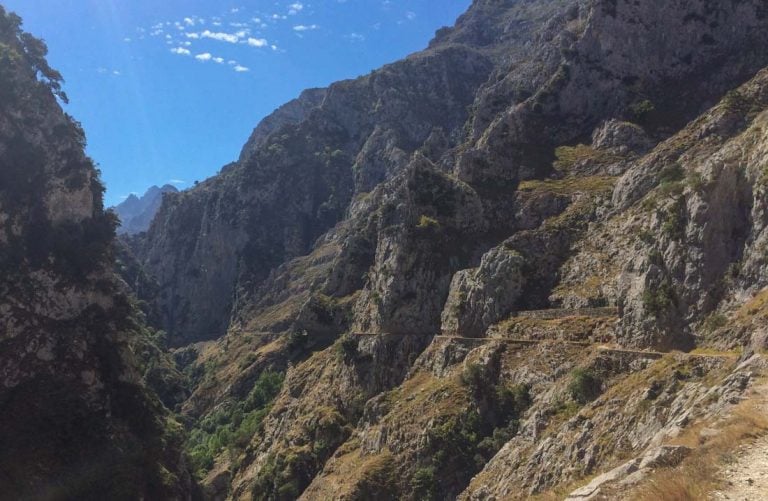 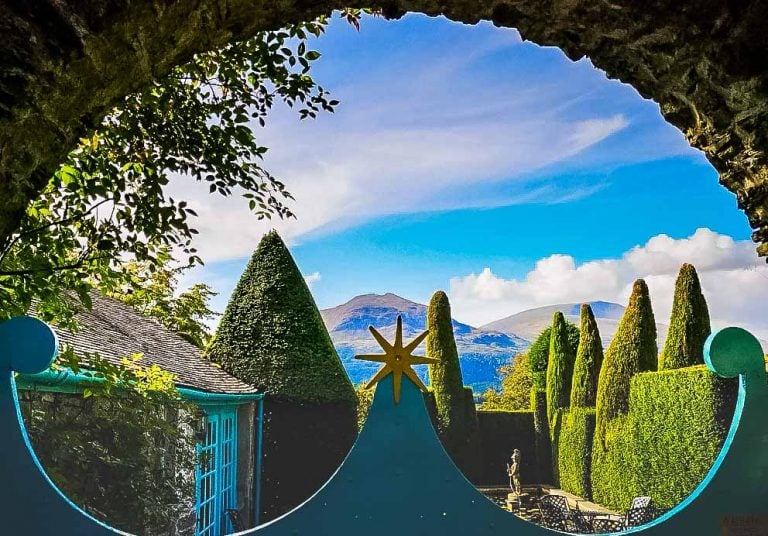