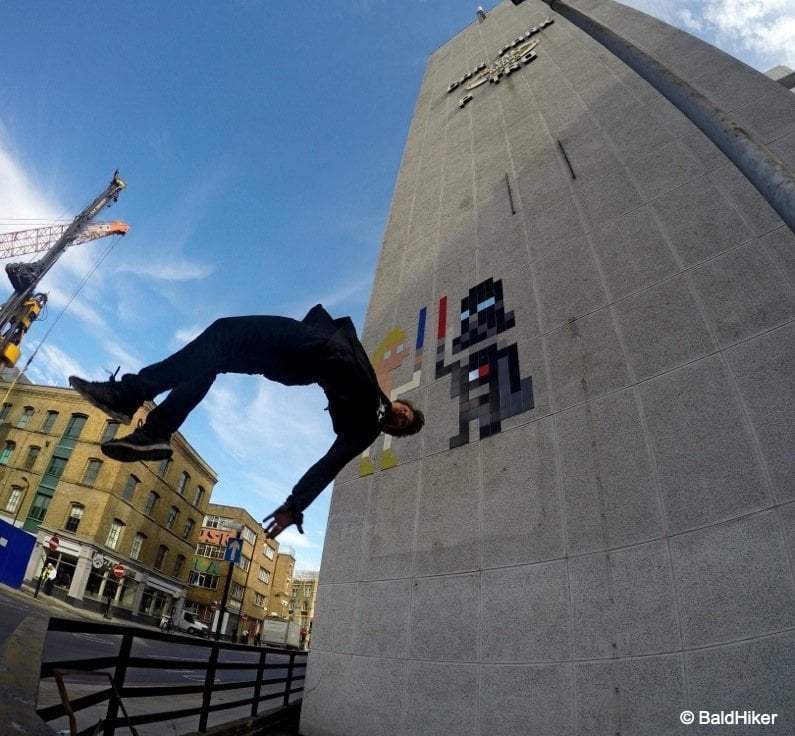 New toy, new kit, new perspective for future adventures. The new GoPro cameras have been announced (GoPro hero4) and the capabilities along with possibilities for my future wanderings have increased enormously, some of which I will explain here for sure. Thank you to the kind people at GoPro I have been testing them out and as you can see around this post we went straight into action around Shoreditch, London, for some adrenalin amongst the street art. It is not often you take a camera out of the box then immediately find yourself on the streets with one of the world’s best freerunners Jason Paul together with the incredible trials cyclist from Scotland, Danny MacAskill. Both crazy, doing crazy stunts, without breaking a sweat. Here is a clip of them both in tandem showing their skills..

Let us start with the top new model The Hero4 Black. Twice the processing speed of previous models and the ability to shoot video in 4K at 30fps! Ultra slo-mo enthusiasts will know what I mean when I say it is staggering at being able to produce 1080p video at 120fps!

The Silver takes off the top some of the uberpro cinematic capabilities.. not by much. Still a pro level 2.7K30, 1080p60 and 720p120 BUT has something many have been dreaming of on this little action camera – A touch display on the back. This now enables visible framing, controls and playback 🙂

For photography and stills there is lots more new magic on these little fellas……. 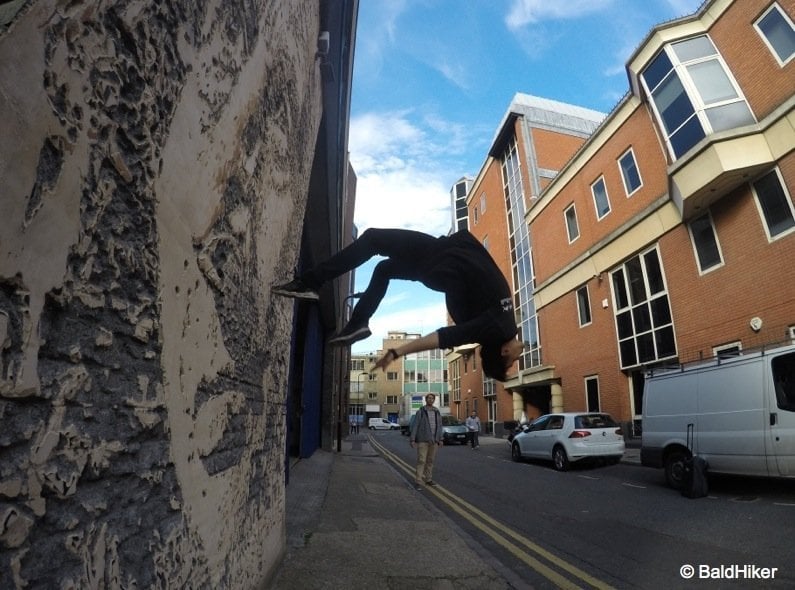 The GoPro Hero4 takes 12MP stills and capable of bursts of 30 photos per second. Never miss that action shot. But that is not all:

Protune – You can set the max ISO, the colour, exposure, sharpness, plus something I am definitely going to be testing and testing.. patience Paul:) – Nightlapse! – GoPro has always been a Timelapse go to camera for many I know. Now you can use Nightlapse mode or Night Photo mode and have shutter speeds set down to 30 secs. 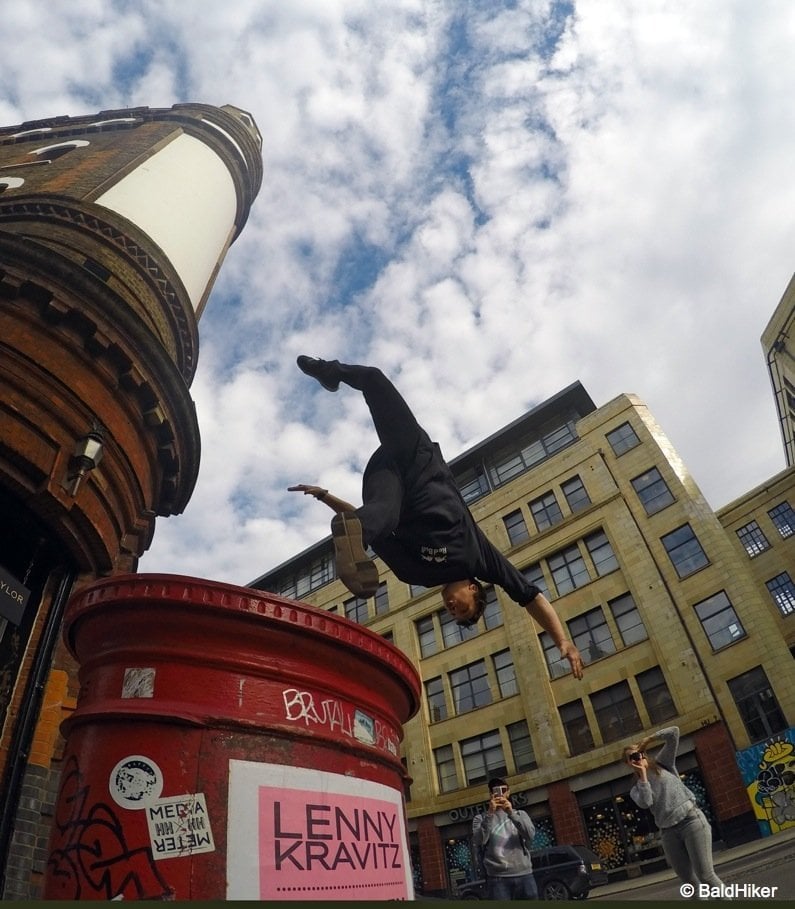 If you edit lots and lots of videos from a day out with the GoPro and always find it difficult finding that moment from so much footage you can press the WIFI button whilst filing and that will highlight (tag) the moment for you so can find in an instant later for edit. 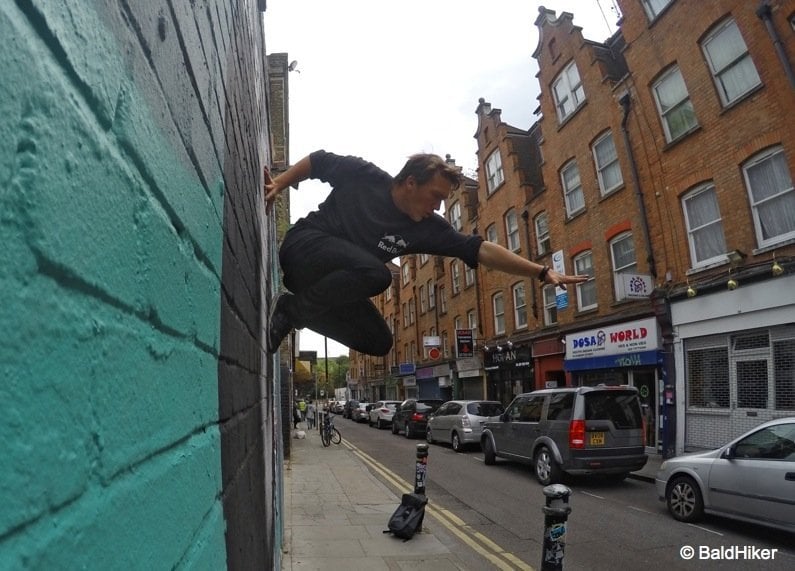 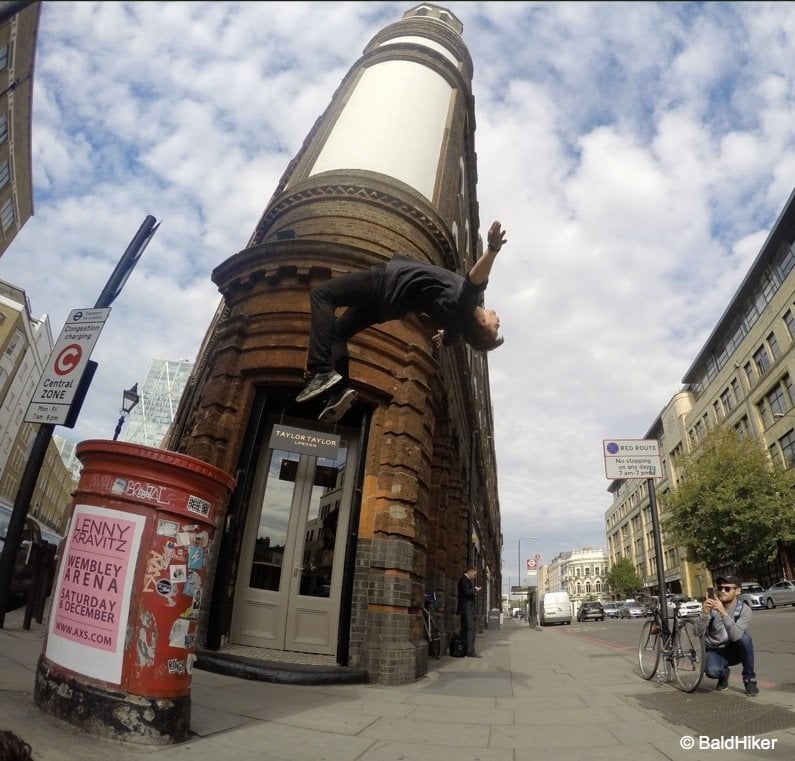 As we wandered through Shoreditch, in amongst the crazy jumps and stunts, we were given a truly mesmerising tour of the area specifically about the street art and graffiti. It is amazing what we walk past every day without realising and looking properly. A whole world and culture of a variety of art and people. Alternative London are the people to contact for this enlightening and unique tour. 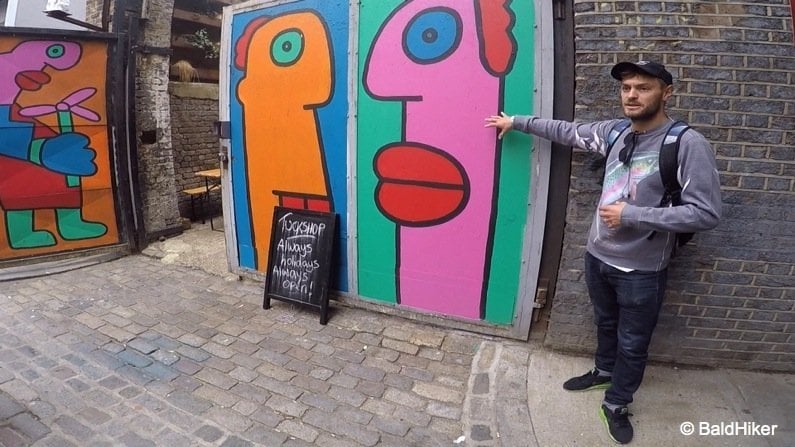 My adventures on mountain tops, long treks, through rivers and in the seas will now take on a new dynamic for me to show on BaldHiker. New angles to show and bring you closer even more so to what I see as I travel. Fun ahoy!