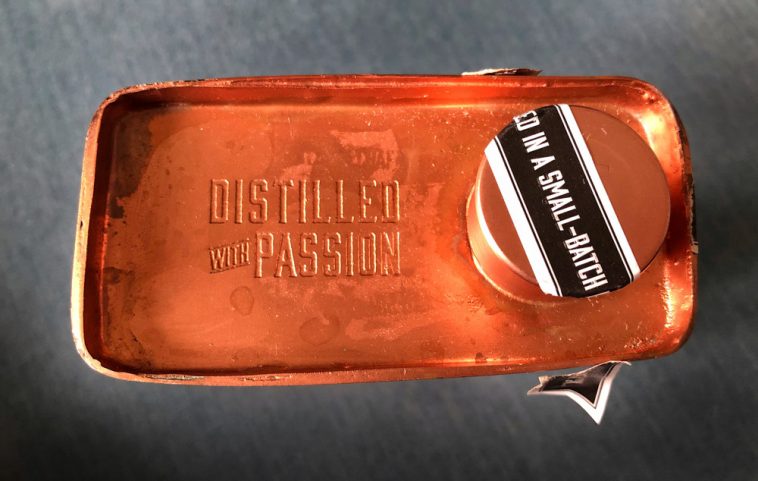 Gin has had an incredible resurgence in popularity in recent years, no longer the ‘mother’s ruin’ of old, it has become a very trendy addition to glittery night’s out (life before Covid_19 lockdown of course) and the at home drinks cabinet.

Gin derives its predominant flavour from juniper berries but there are so many varieties now, which whilst often retaining the juniper as the base ingredient there are now fine distillations of many other botanicals, herbs and spices, florals and fruits. Once upon a time Hendrick’s with its hint of cucumber or your Bombay Sapphire was as exotic as it got. Now a walk down any supermarket booze isle will reveal all manner of brands, styles and flavours incorporating rhubarb, blood orange and other citrus flavours, blueberry, raspberry, violet, and various herbs and spices like anise, carraway and coriander, cinnamon, to more unusual ingredients such as seaweed. 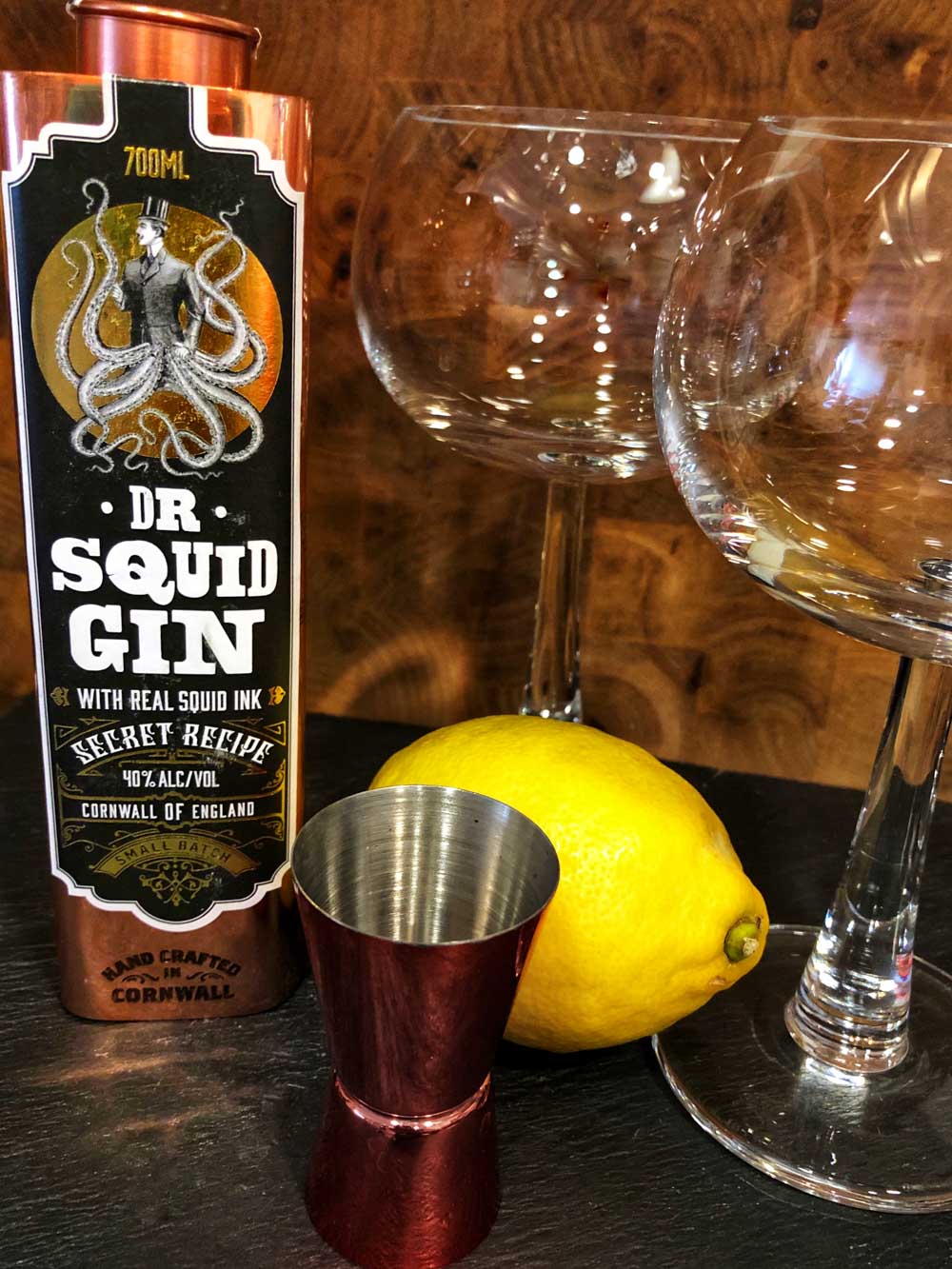 Gin was apparently invented by monks in Salermo, Southern Italy in the 12th Century and began life as a medicinal liquor (yeah right, just medicinal, we’ve all said that 😉). It then arrived in England in the early 17th Century after the introduction of jenever, a Dutch and Belgian juniper liquor which was also originally touted as a medicine. The late 17th Century saw it becoming more widespread when taxes were lowered and regulations loosened on alcohol distillation, in tandem with import restrictions being imposed on imported spirits like French brandy. 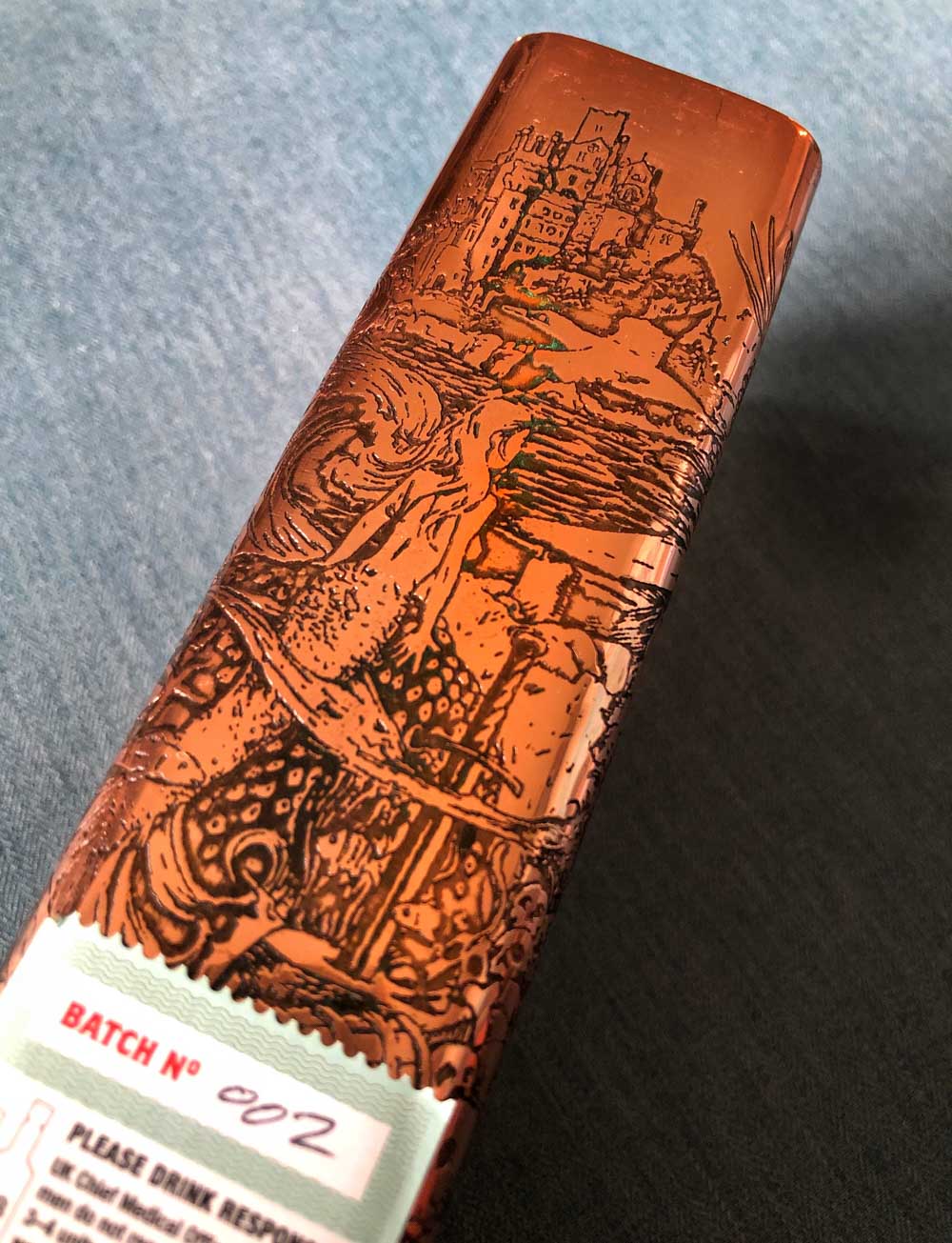 Thousands of gin-shops then started springing up throughout England, giving rise to a period known as the ‘Gin Craze’ (much the state I’m in now in Lockdown).  Gin was pretty cheap then compared with other drinks available at the same time, and so became the drink of the poor.  The story goes that it was safer to drink beer and gin than the unclean water.

In London in the early 18th century most gin was distilled legally in residential houses (hmmm…maybe I will set up a still in my bathroom, bath tub gin, haha!) and was often flavoured with turpentine (when juniper wasn’t available) to give resinous woody notes and sulfuric acid for a bit of kick. I guess there were many gins at the time where these were the main ingredient.  Unsurprisingly, things got rather out of control and gin gained a negative reputation and was blamed for various social problems, including apparently mother’s abandoning their children and becoming whores, and an increased death rate. It is from here that terms like ‘mother’s ruin’, ‘gin joint’, and ‘gin-soaked’, came into common parlance, surviving today. 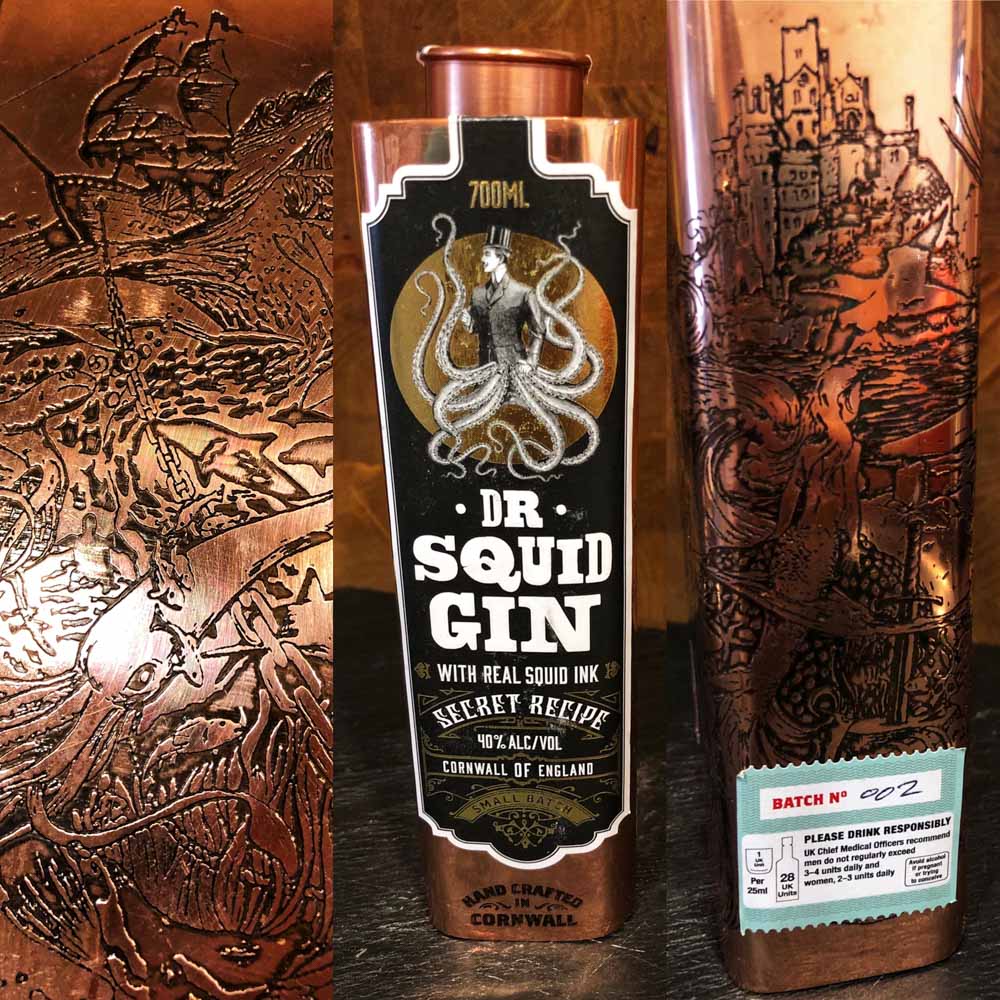 Fortunately, from around the mid-18th Century legislation and a refinement in distillation processes calmed things down and the style of gin referred to as ‘Old Tom’ gin was developed, which often containing sugar meant it was softer and sweeter. ‘London dry’ style gin came about in the 19th Century with a further change in distillation techniques.

As is common knowledge now, the very British G&T has its origins in the tropical British colonies as gin was used to mask the bitter flavour of quinine which was the only effective anti-malarial around at the time. Quinine was dissolved in carbonated water to form tonic water and voila, the gin and tonic was born.

With gin’s upsurge in popularity in recent years there also has been a growth in small batch distillers honing their craft to produce ever more adventurous and exotic creations.  I just love gin, always have! I lean towards the more savoury distillations for I love a classic dry, dirty martini (so that’s with an olive), and have been taken particularly with Welsh and Scottish gins with seaweed botanicals. Not a gin but a vodka, Kew used to make a small batch horseradish vodka which they sadly no longer make, although there are some stockists out there that still hold some but it is going fast if you want to try and get hold of some. This vodka is very unusual but in my view lush and is taken best neat on the rocks with a pickled onion thrown in or perfect in a Bloody Mary…sorry, I digress!

Anyway, as it happens, it was on a quest to find some of Kew’s Horseradish Vodka that led me to the discovery of Dr Squid Gin. Oh my goodness, everything about this small batch, handcrafted gin from Pocketful of Stones distillers in Cornwall is just quite extraordinary!  It makes me want to shout about it from the roof tops. 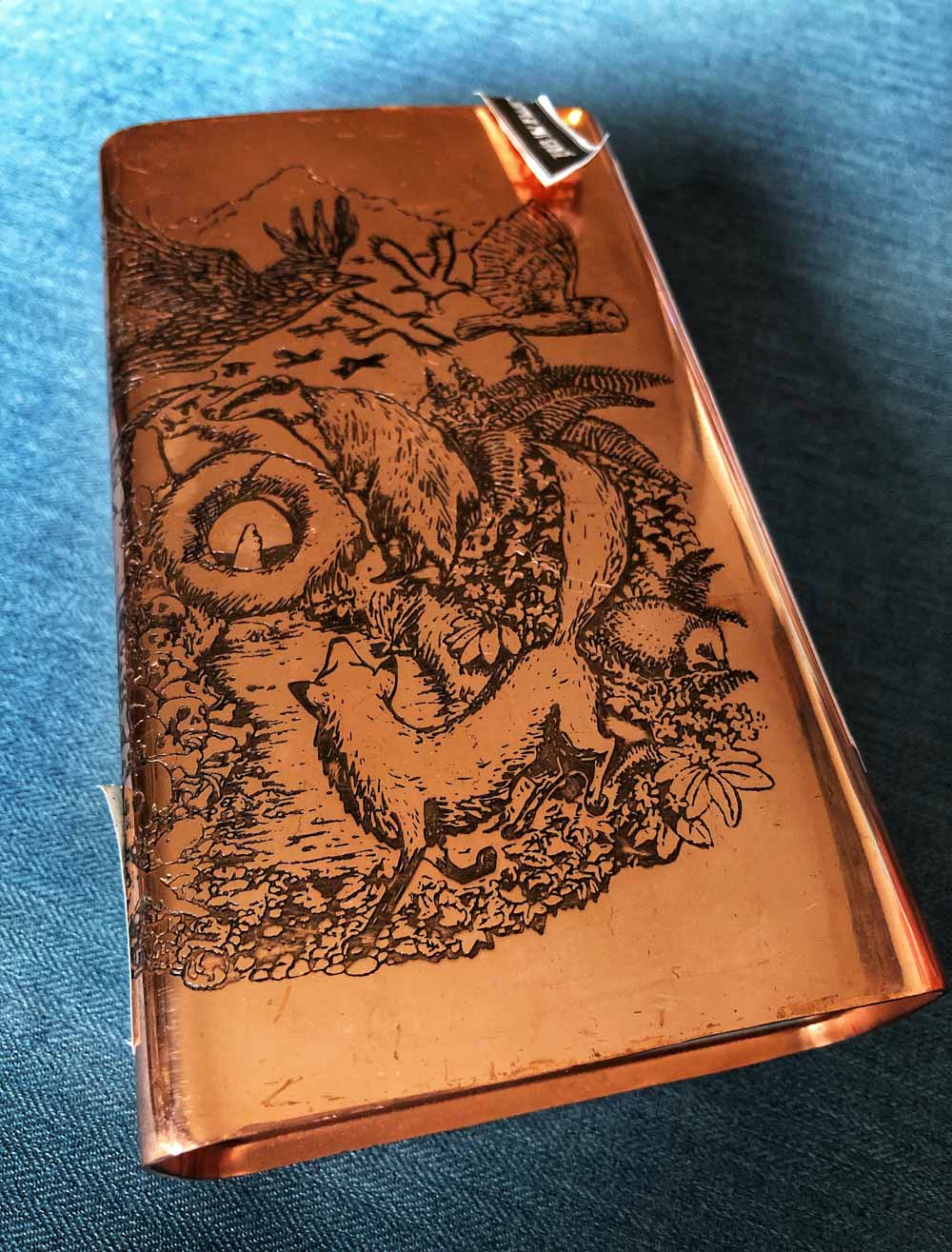 Gosh! I for one am so glad you made it guys!!

This utterly gorgeous gin is made with real squid ink from a secret recipe and is served from a handmade copper (yes, you read that correctly) flask engraved with the scenery, wildlife, folklore and history that surrounds them down there. It has a savoury expression, with a coastal, Mediterranean freshness, along with touches of citrus and spice, and it opens up on the addition of tonic to produce exquisite floral notes. 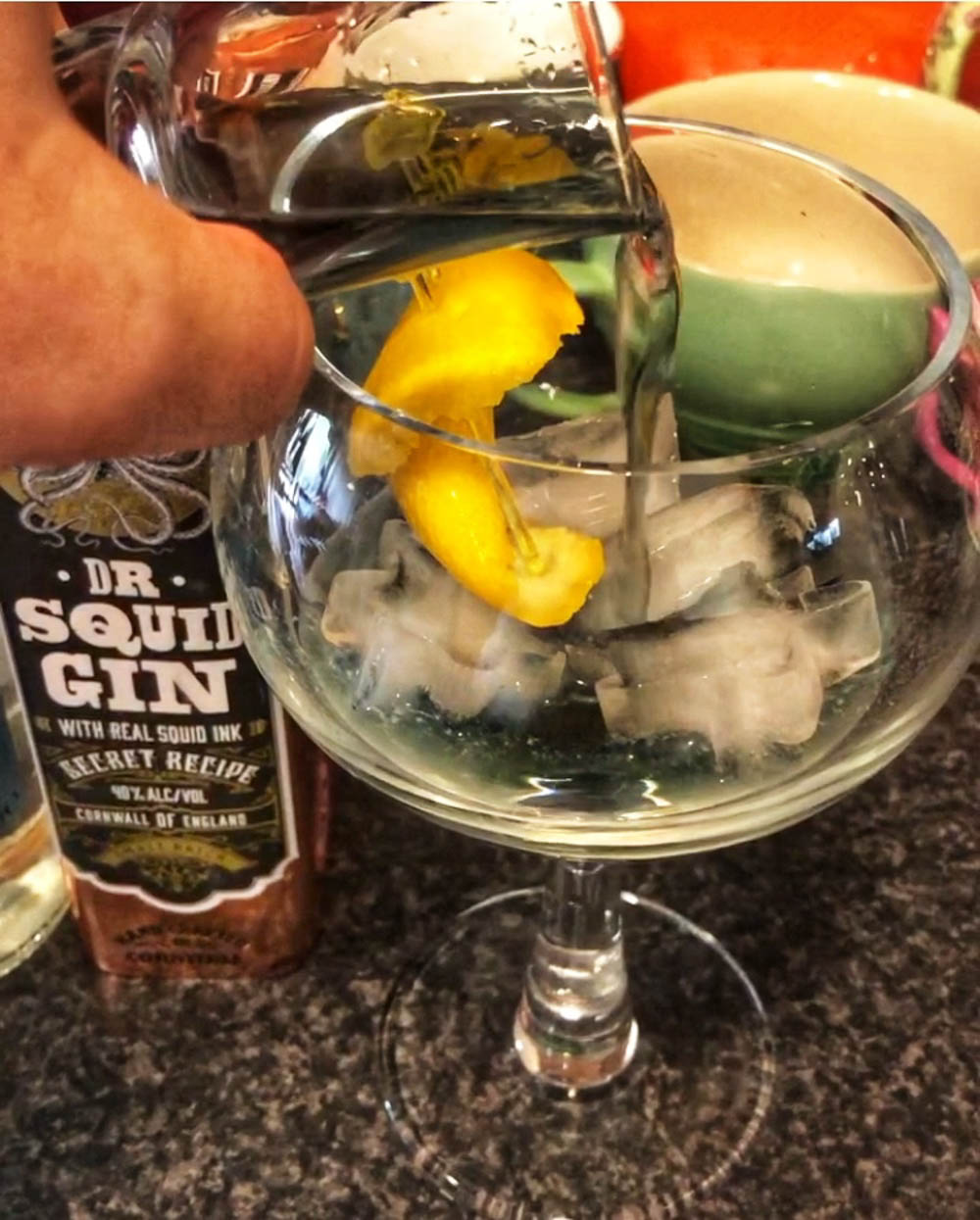 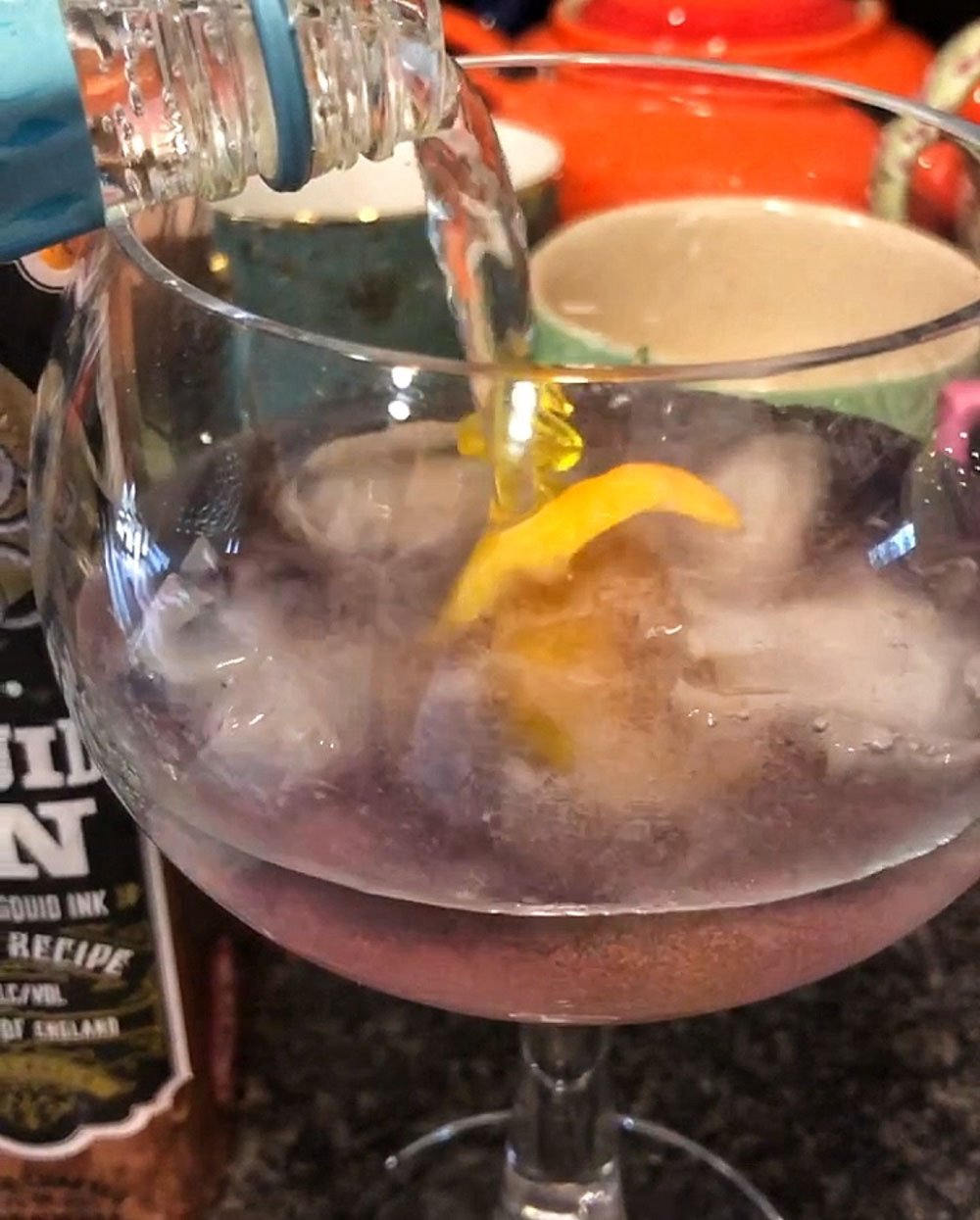 Best of all though, wait for it…Dr Squid Gin pours black and turns pink with the addition of tonic! Just unbelievably gorgeous to behold and to sip!  Wow! 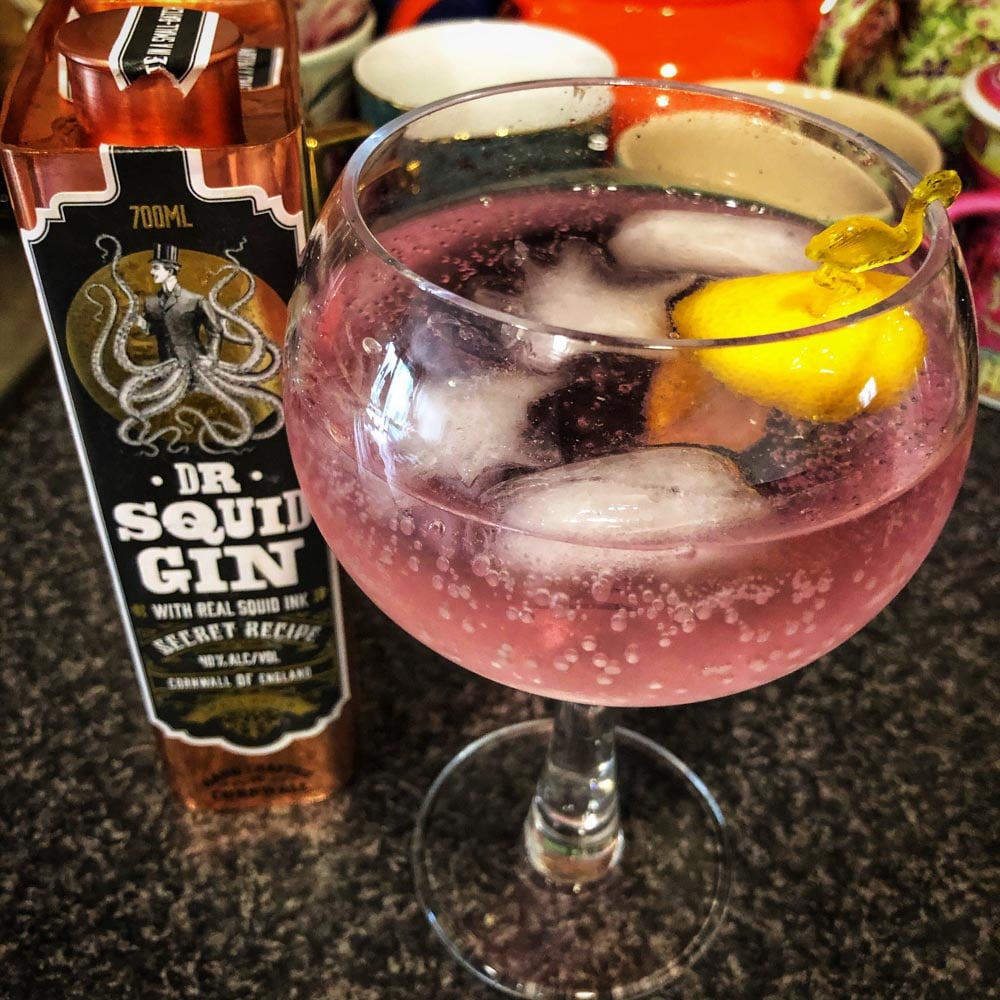 I drank it as pictured here. I call this Pink Sands (as I am yearning for the sea and coast at the moment), a double shot (of course) of Dr Squid mixed with Fever Tree Mediterranean Tonic, with a twist of lemon, which absolutely must be skewered on a flamingo drink stirrer!  This gin is good enough though to drink neat on the rocks with a twist of lemon.

About the distillers, Pocketful of Stones is a small craft distillery based in Long Rock just outside of Penzance but was born in the cellar of a pub in London where two brothers sat around a copper still tinkering with gin recipes. They dreamed of getting back to their roots, the outdoors and the ocean, and to craft something really special. In their own words:  [w]e strive to produce everything with the utmost integrity to our craft and respect for the ingredients and the environments that influence our recipes. 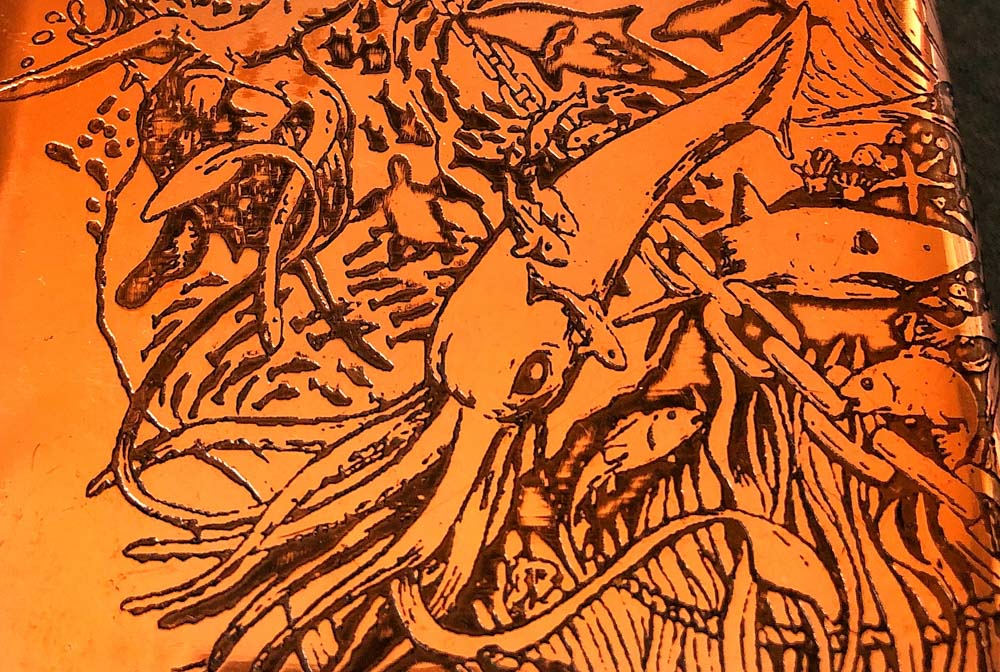 Their original creation is Caspyn Cornish Dry Gin but they’ve since branched out into other selections, including a Summer Cup, Damson Gin and Marmalade Old Tom.  They also produce an absinthe, Morveren Absinthe, which recently won Gold Medals for taste and design at the Bartenders Brand Awards 2020, an enchanting looking creation which I think will be my next order. 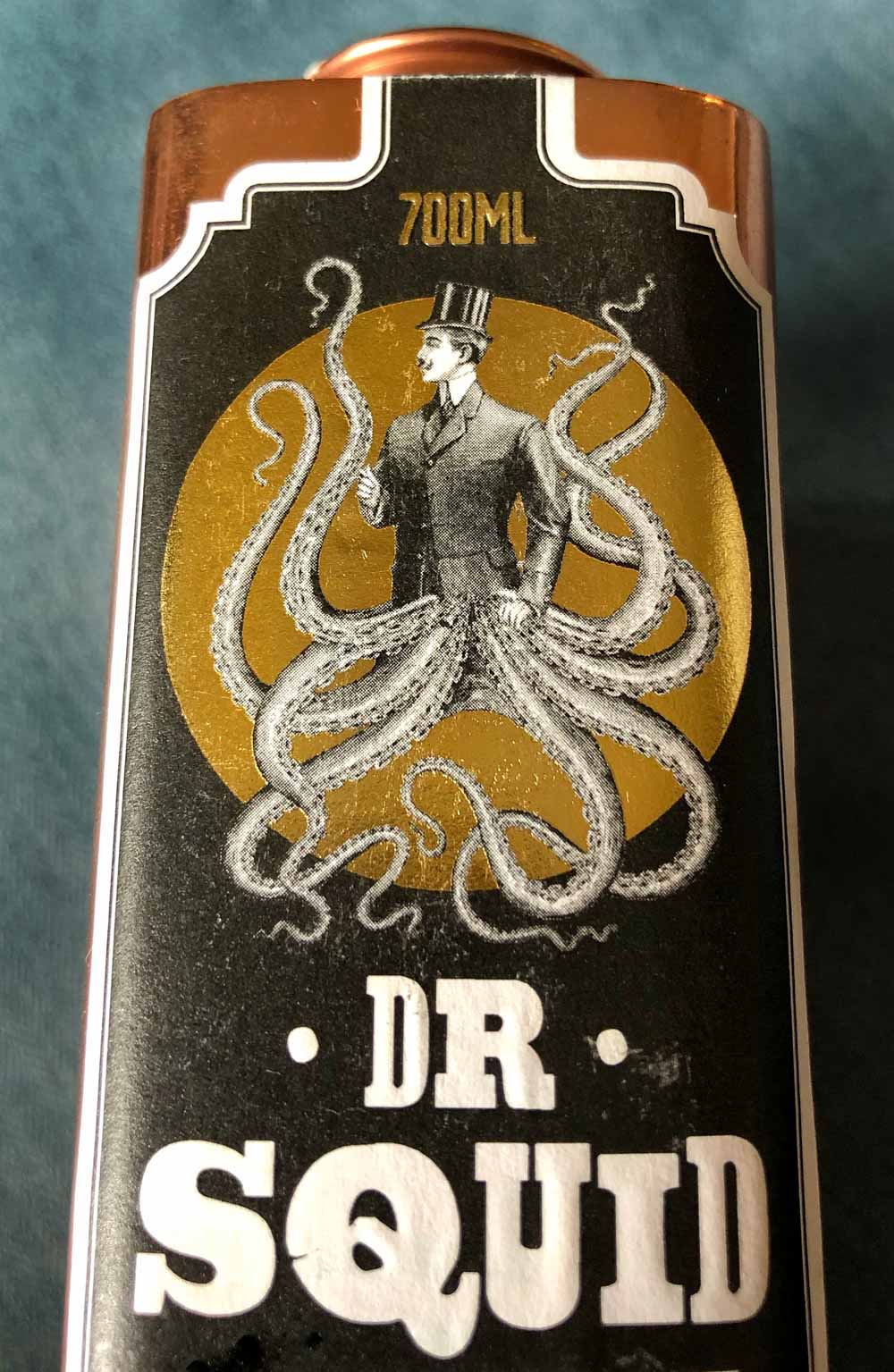 My one very small issue is with Dr Squid, is the pour from the flask, it is rather tricksy and results in spillage, and let me tell you, you do not want to waste a single drop of this stuff!  Anyway, when I posted about this on Instagram the lovely people from Pocketful of Stones took the time and responded the very next day as follows:  The pour is a detail that we are aware of and trying to sort. We want to make Dr Squid as best we can and honest feedback is the biggest helping hand. You’ll be the first to know once we can get the speed pourers we had planned to use back in stock. Hope you enjoy in the meantime xx

Now that is care! Don’t worry guys, I will definitely continue to enjoy Dr Squid in the meantime and once Lockdown is lifted, I fully plan to visit!

Nature loving, light chasing, coffee addict currently living in London. Happiest exploring our Big Blue Marble with camera in hand, be it my Nikon DSLR or iPhone (the best camera is the one you have in your hand), and especially love being by and in the sea.