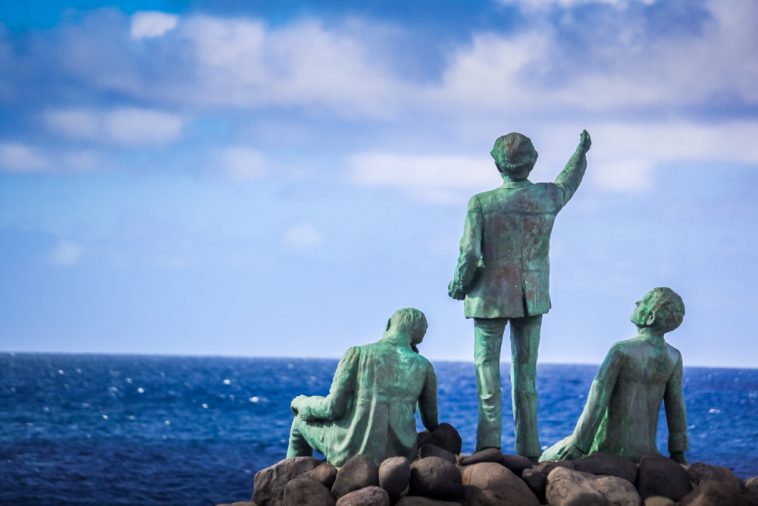 How crazy it seems that it was only a couple of months ago that I visited the Gran Canarian town of Agaete on the last day of my holiday to the island. We were staying in a nearby hamlet slightly further north along the coast so the journey here didn’t take us long at all. 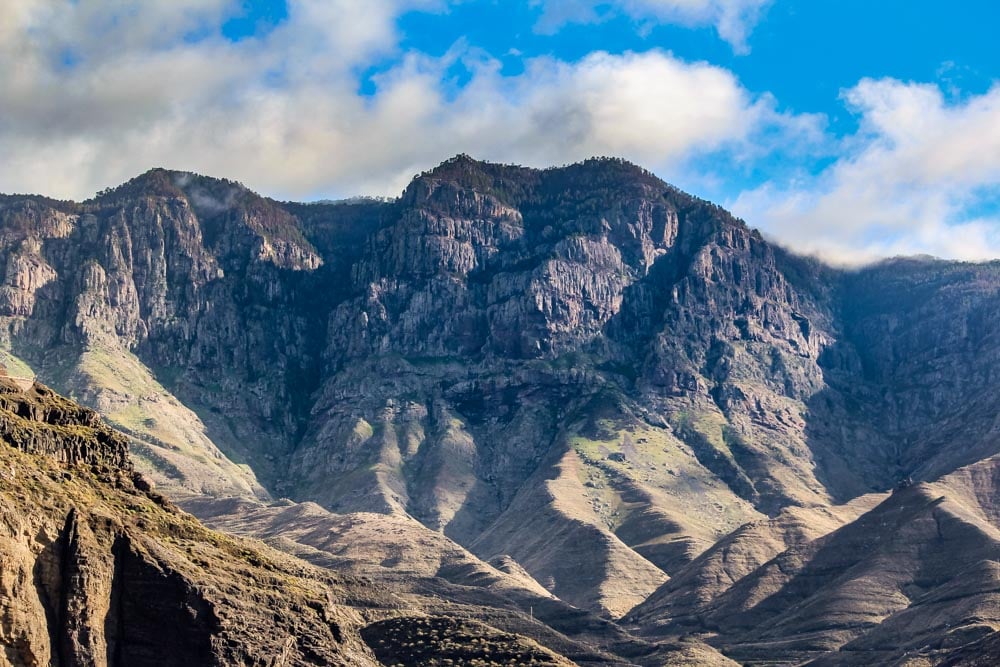 Tucked on the northwest coastline, Agaete isn’t in the traditional tourist area of Gran Canaria owing to the fact that the weather is not always as favourable as the southern side of the island. There are two reasons for this; some pretty hefty looking (and equally stunning) pine tree-clad mountains that form the coastline of Tamadaba Natural Park and the fact that there’s really not very much breaking Gran Canaria up from the wilds of the Atlantic Ocean. 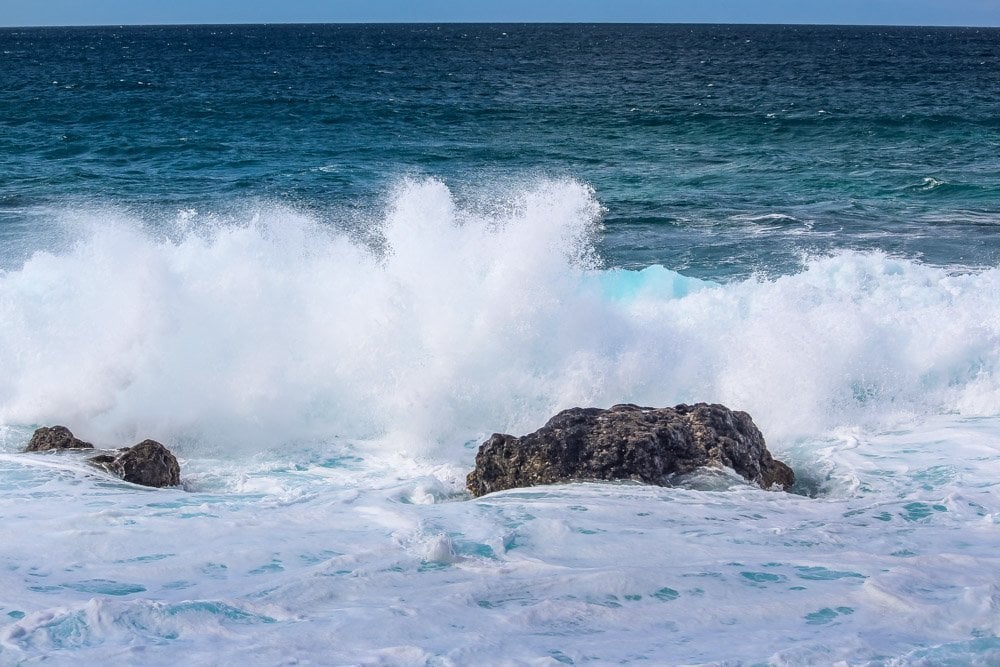 On the day I visited, the sun was shining but there was a pretty strong westerly wind. We parked up at one of the gravel car parks near the centre of the small town before heading towards the water’s edge.

There’s a footpath you can follow along the coast here and you can spend quite a while just watching the large waves crash onto the rocks and looking over towards Tenerife. There were some brave crabs scrabbling on the lunar-like rocks near to us. The scenery, particularly with the background of the volcanic cliffs give the town a dramatic backdrop. 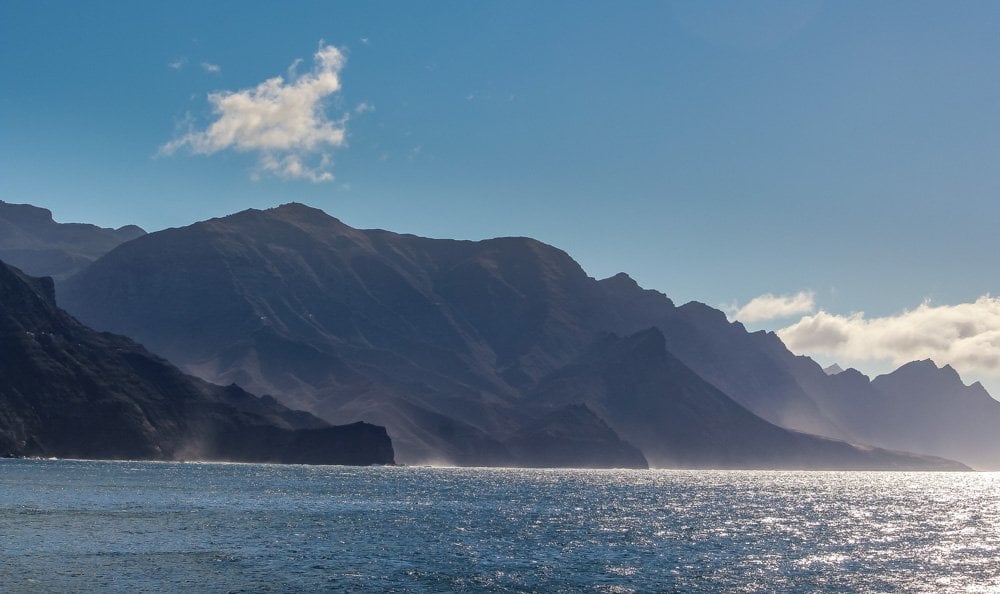 Ambling along and taking in the views, we ended up at the harbour. This is where you can catch ferries to neighbouring island, Tenerife (in fact, you can quite often see the volcanic peak of Tenerife’s Mount Teide on the horizon). During peak season there are also some tourist boats that run from here as well I believe. 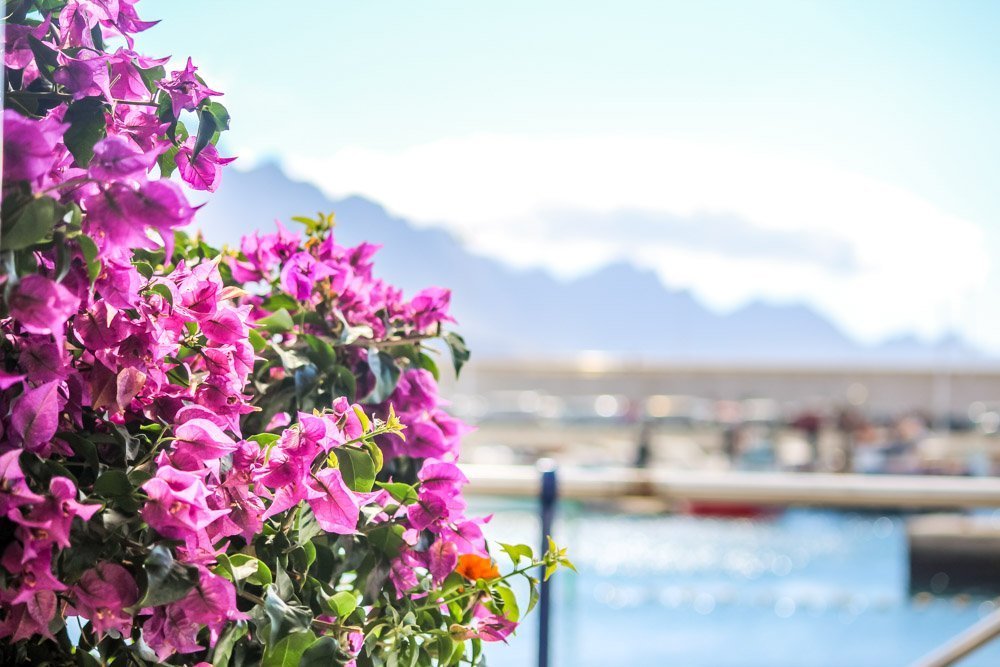 Feeling peckish at this point, we decided to head into the town centre to check out the restaurants situated in the whitewashed buildings. Unsurprisingly, given the proximity to the coastline, there was a wealth of restaurants offering seafood specialities. 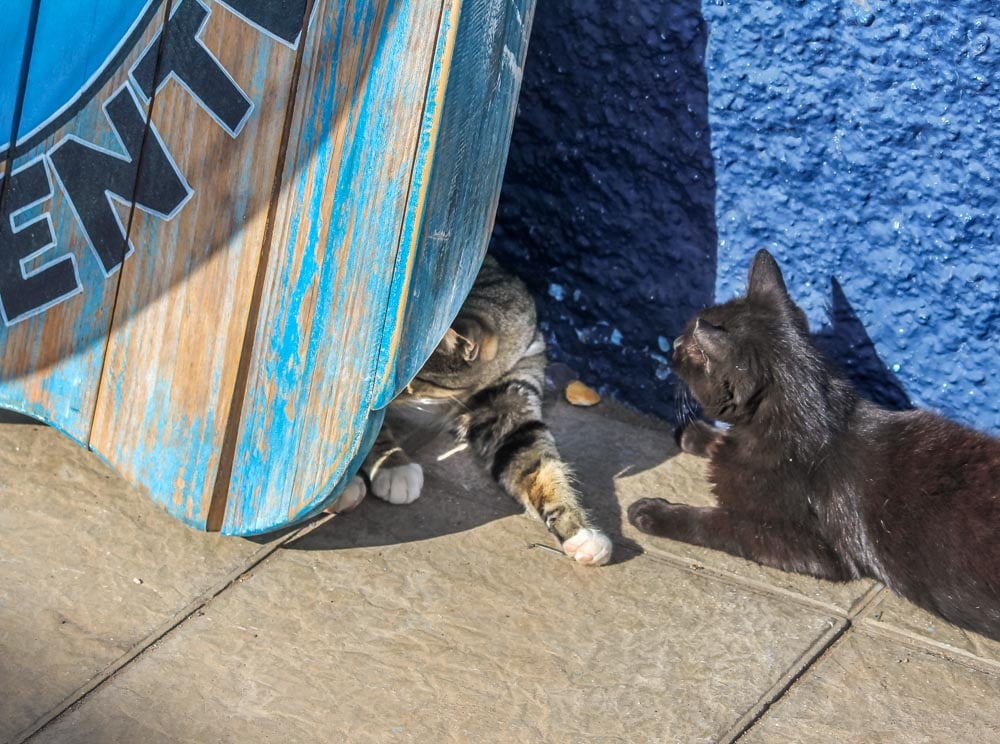 Fridges with the local catch proudly displayed and lots of options from seafood to fish. The area felt a far cry from the typical eateries you get in the more touristy areas, it felt a lot more authentically Canarian. 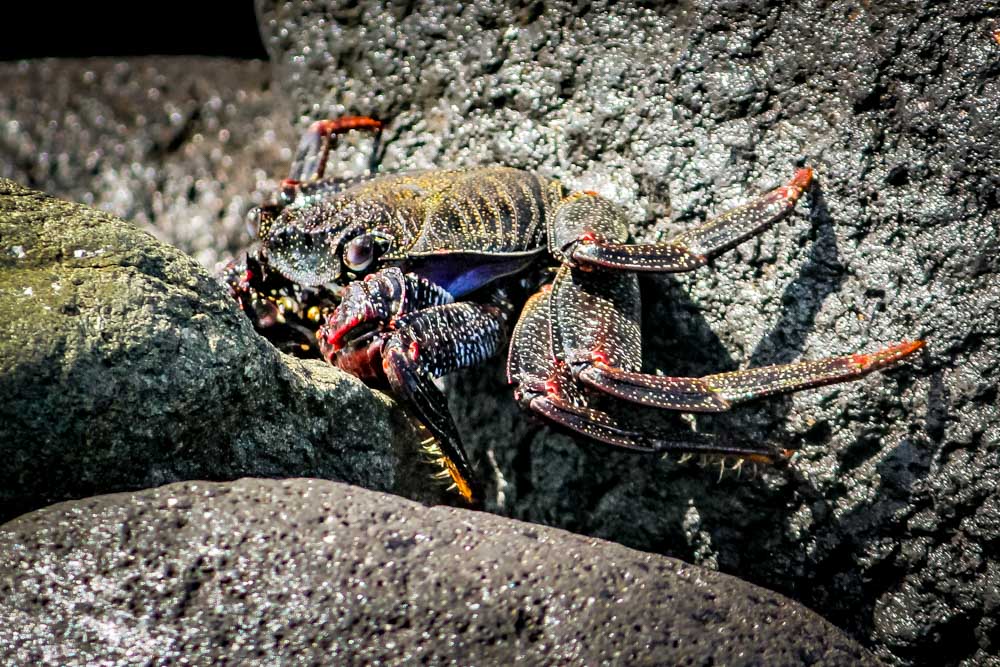 Being a Sunday, the restaurants were full with locals all chatting away whilst sharing a bottle of wine and some seafood. We both opted to choose a selection of seafood along with a dish of Canarian Papas Arrugadas (salted, Canarian potatoes in a spicy sauce). Yum! 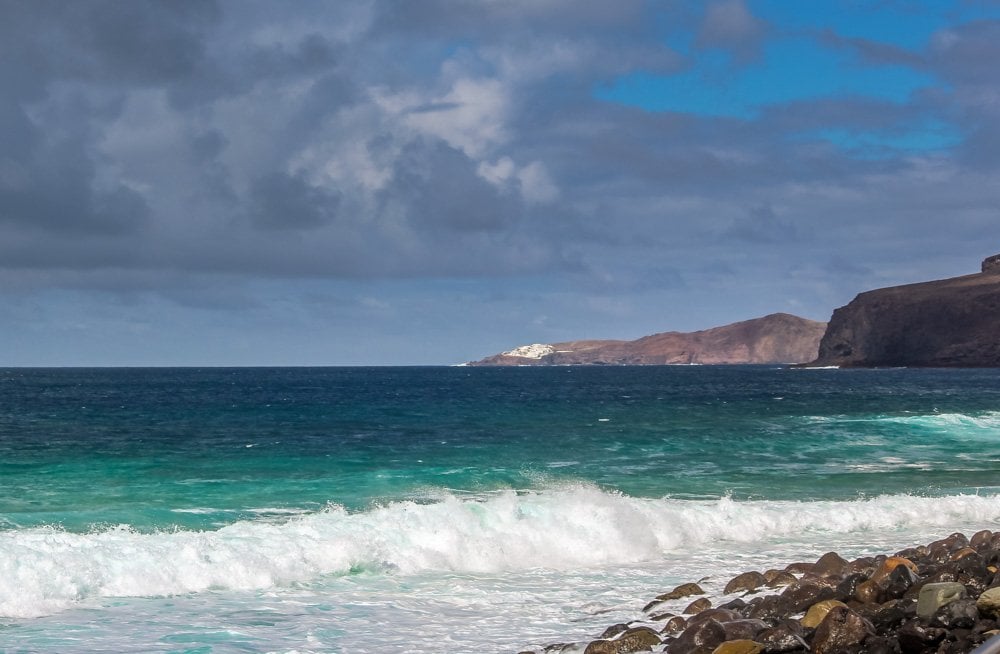 Agaete is one of those places where you can’t help but soak up the atmosphere! There is more to explore here too although unfortunately time evaded us. According to the Canary Island tourist board’s website, La Concepción Church is worth a visit for its architecture plus nearby there’s also one of the most important tumulus necropolises of the island: the Necropolis of Maipés. You can also do some pretty epic driving along the coastal route from here although warning, it’s not for the faint hearted with hairpin bends and big drops towards the ocean!