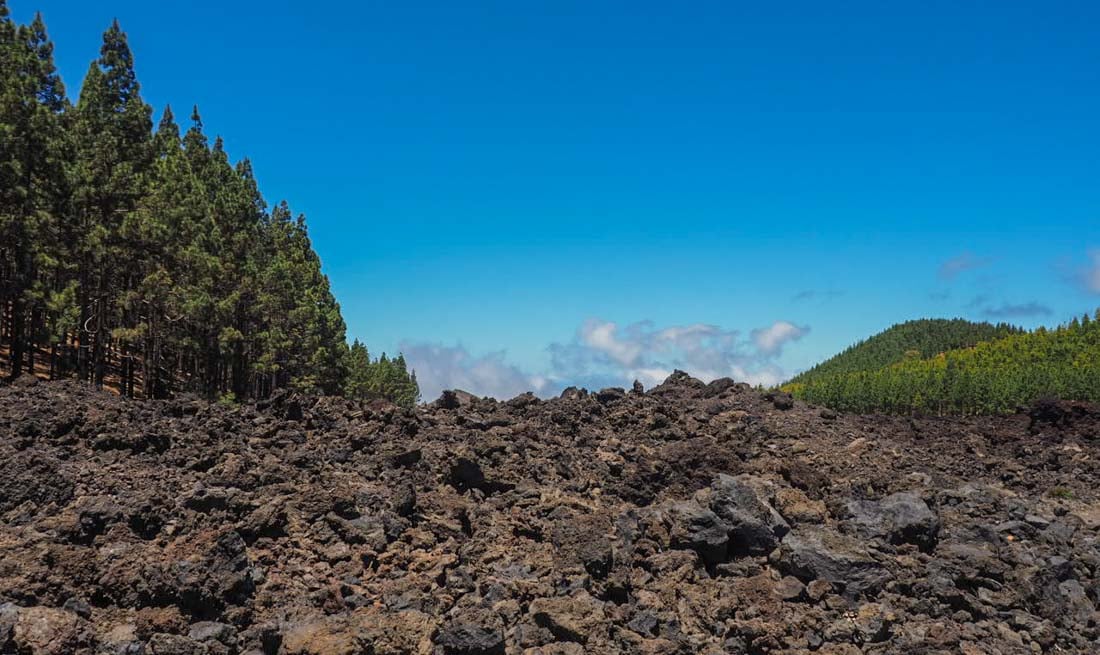 Tenerife, a land of many volcanoes. Most people, whom have not learnt about the island think of just El Teide. It is easy to assume the island was caused by just that one volcano chimney but over the last 10 million years or so, Tenerife has been shaped by many volcanoes and varying eruptions. You only have to walk around at all heights on the island like I have to appreciate this in great detail. 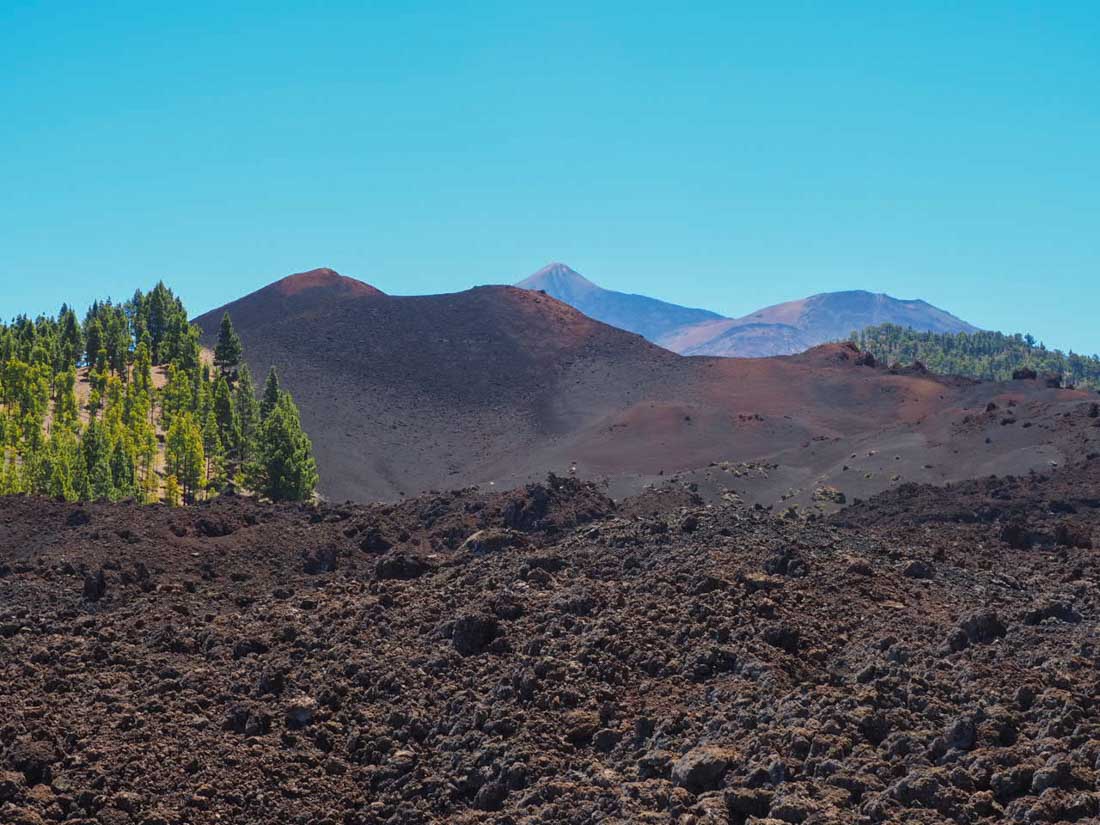 Today was day 3 of the Tenerife Walking Festival and time for a new walk. A walk through the solidified lava and ash of the latest and youngest eruption on Tenerife. From the year 1909 only. A whole new and fascinating landscape to discover. 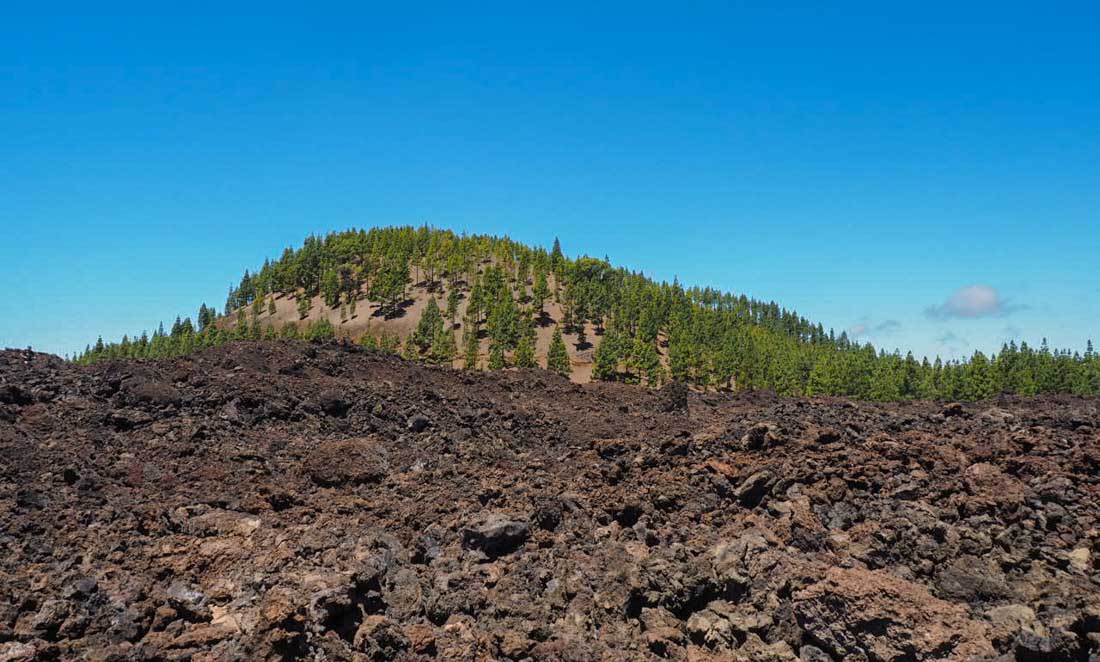 The walk is 13 km approximately and took us from the village of Montañeta up through the pines and out onto the flows that came from Chinyero Volcano.

It wasn’t long before the thickness of the pine forest became more sparse and the ground got even more volcanic underfoot. These trees are hardy and some force had definitely destroyed all in its path! 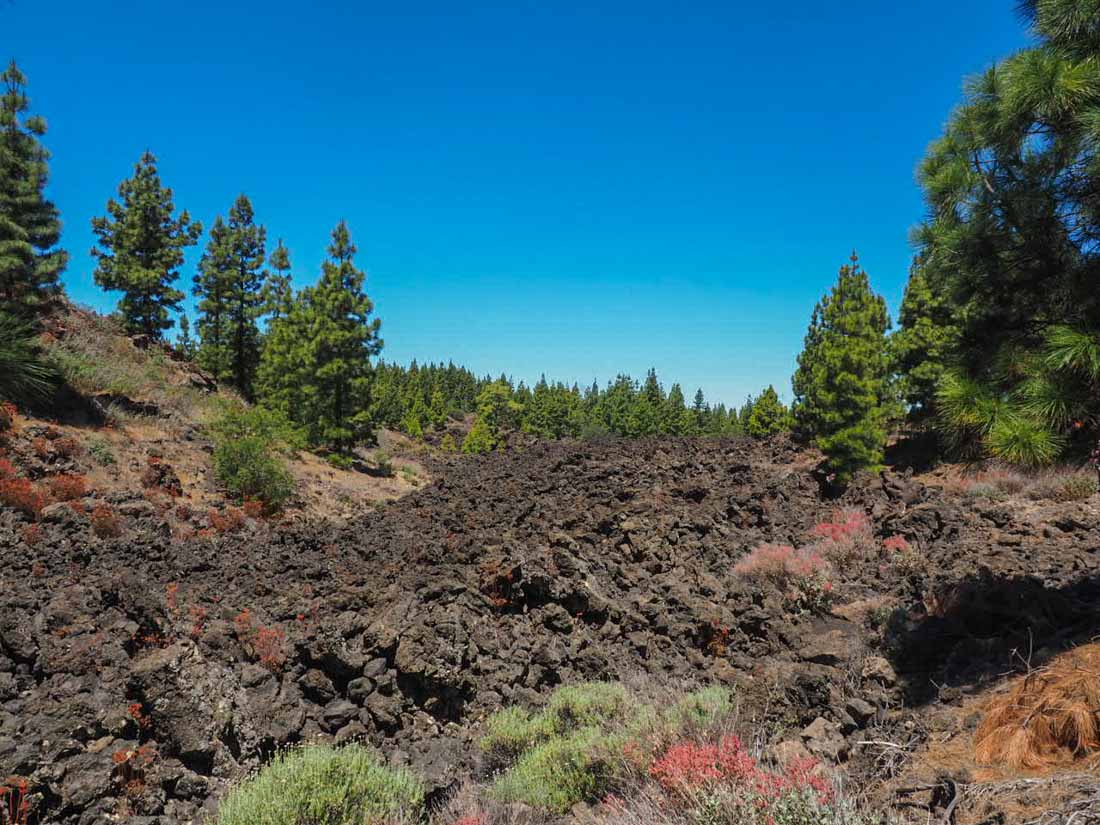 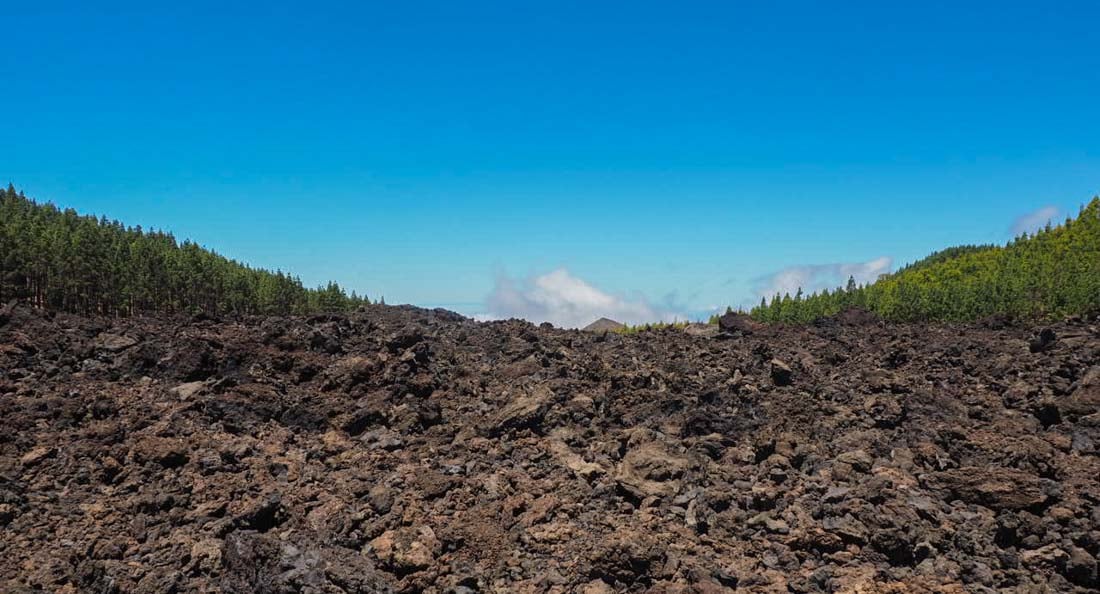 The eruption of Chinyero began on 18th November 1909 and was going until 27 November. Throwing out ash and lava. These young lava flows are fresh and there to see. Photos do it no justice, like frozen in time you can sense and feel how young these rocks are to the rest of the rocks on Tenerife. 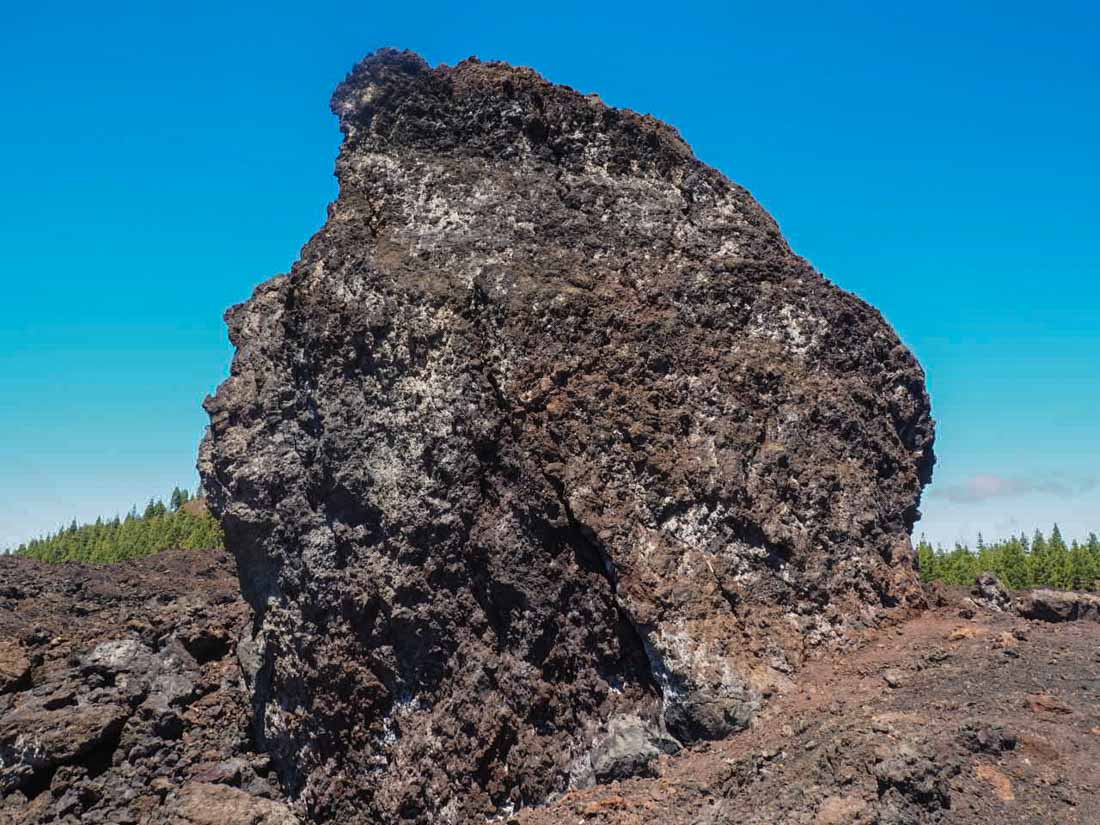 There is not much life out there as you walk across the flow itself but nature is trying to fight back as it always does in its time. The pines around the edges are ready to make their moves upwards. 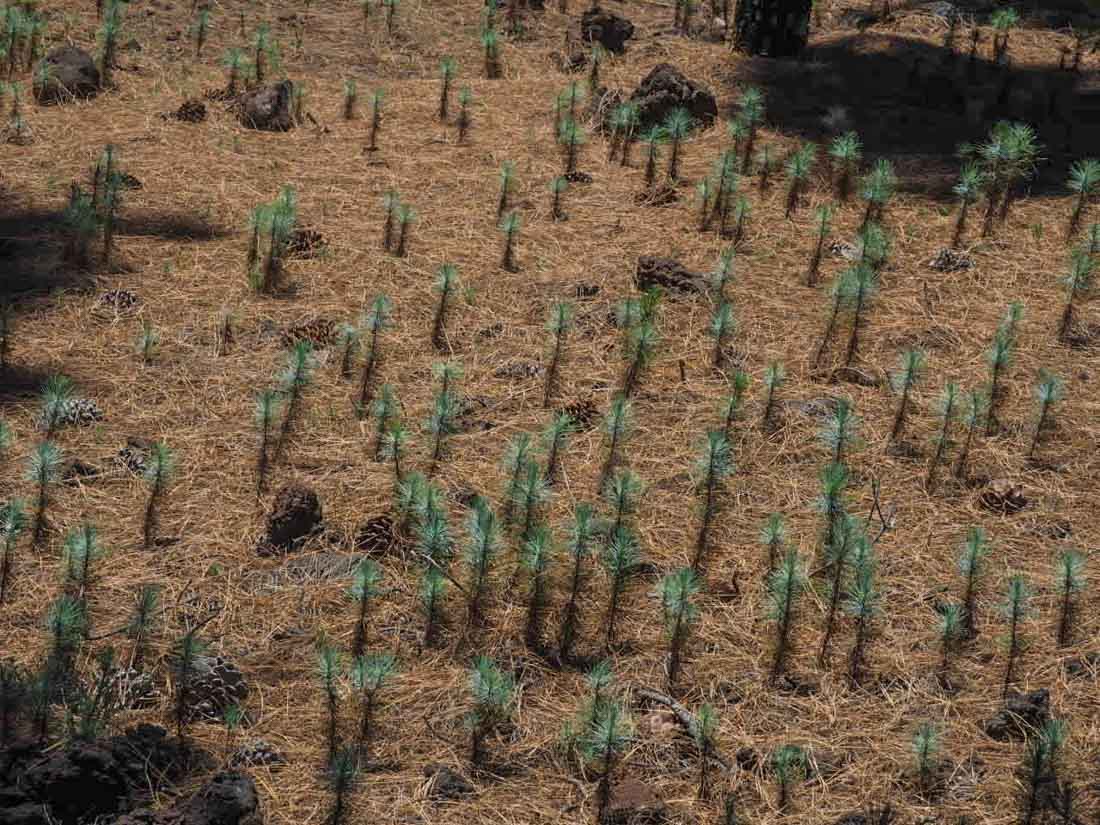 The views up here are astonishing. The unmistakable El Teide rising up above other volcanic mountains ranging in millions of years of age. 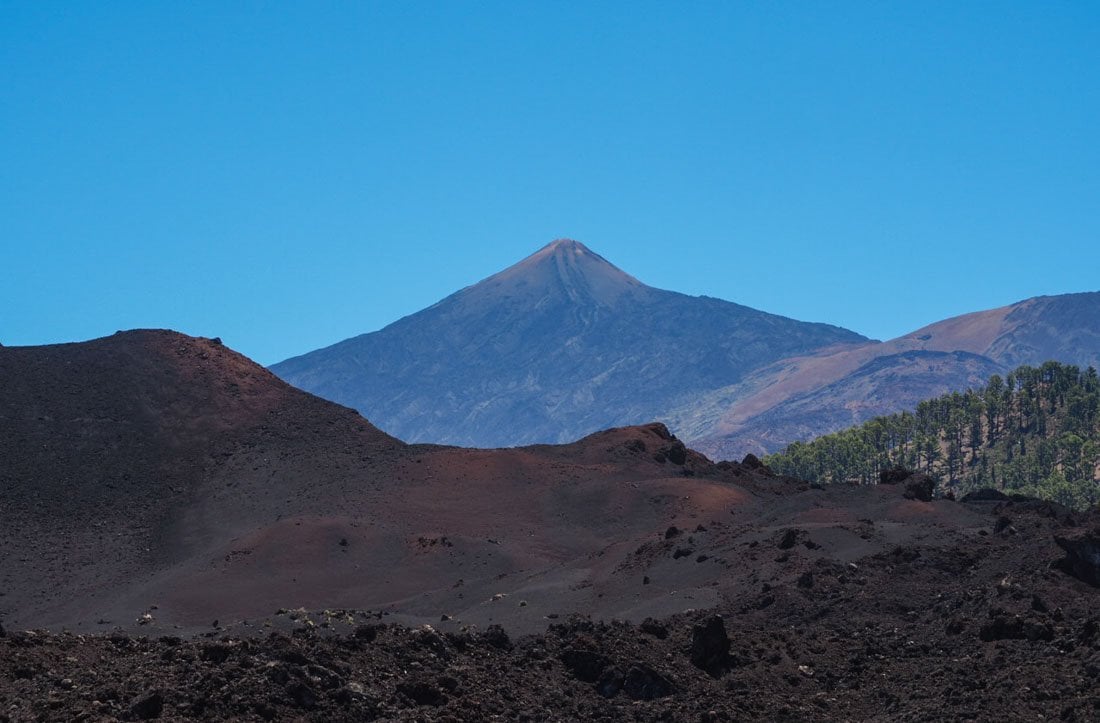 The rawness of the power of the earth around you as you walk. It is like wandering through the ages as you look around. One thing I did find I was doing during this walking festival was not caring about mileage at all, just enjoying every step and learning so much. 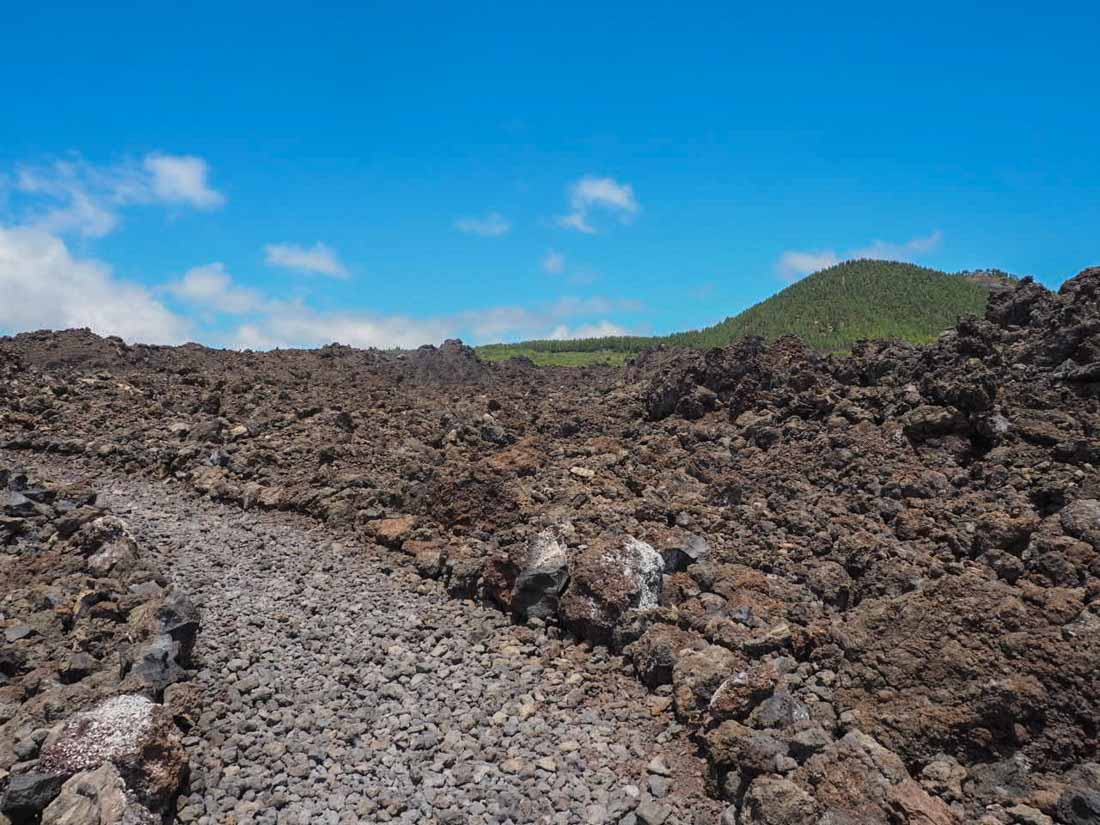 After stepping off the lava on the way down we were greeted by building that was obviously of religious significance. Locals from a nearby village, Las Manchas, came to the edge of the lava during the eruption with religious statues and prayed. It is said the lava stopped its course to the village and thus they thought a miracle had occurred. The building marks the spot they prayed and to this day is presumably to keep the volcanic devil at bay. 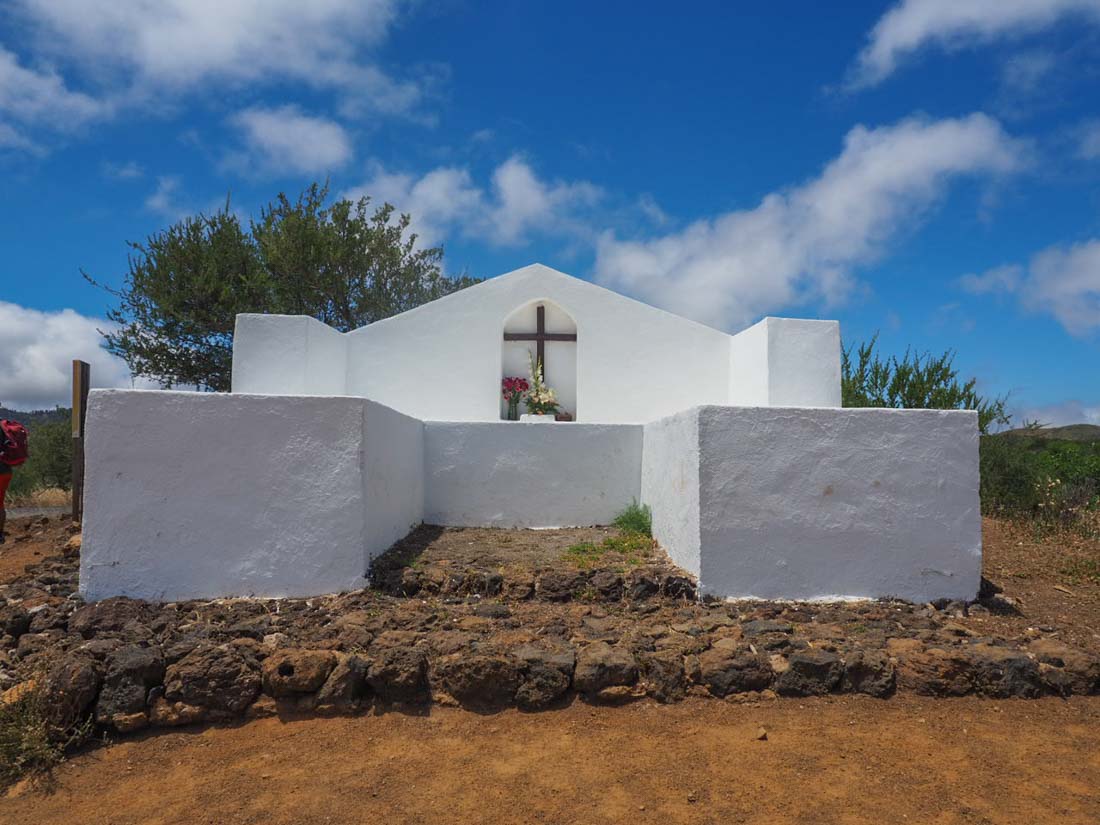 From here is it a wonderful downhill walk through more green scenes to Santiago del Teide. I do enjoy this part of the island for walking. So quiet and so beautiful. So faraway from that bit on the South were people tend to go for some reason. 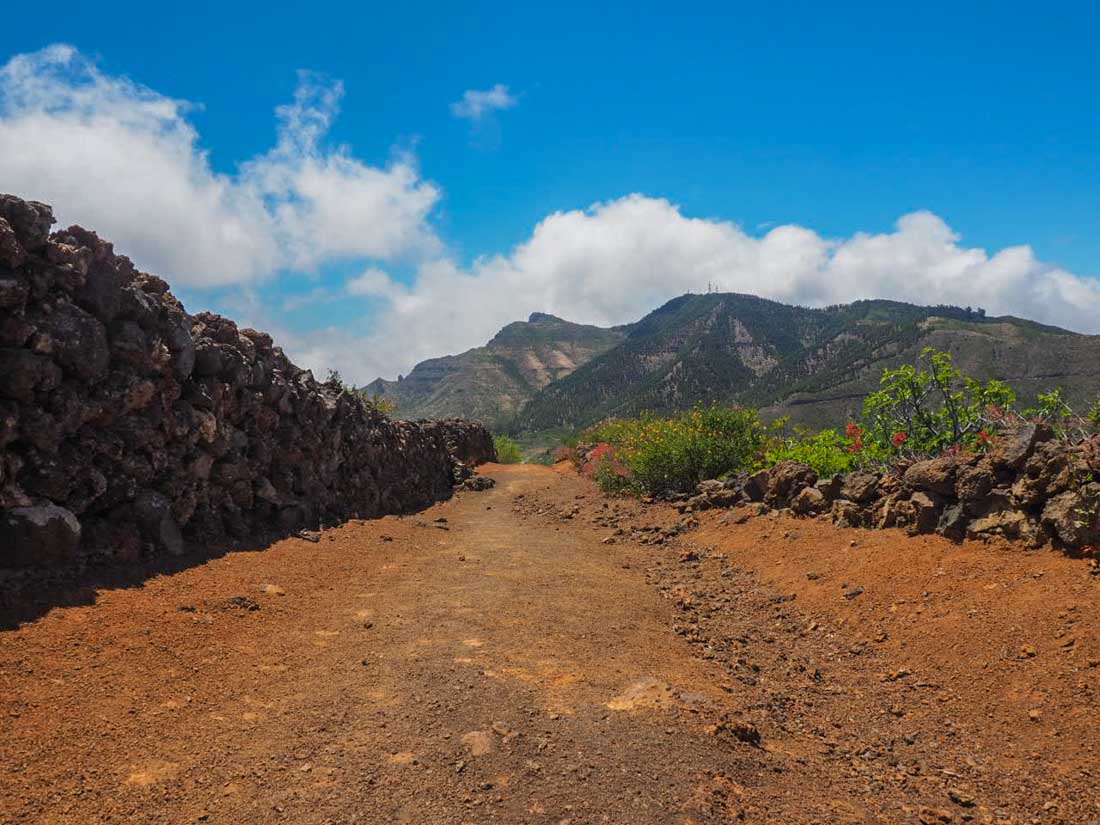 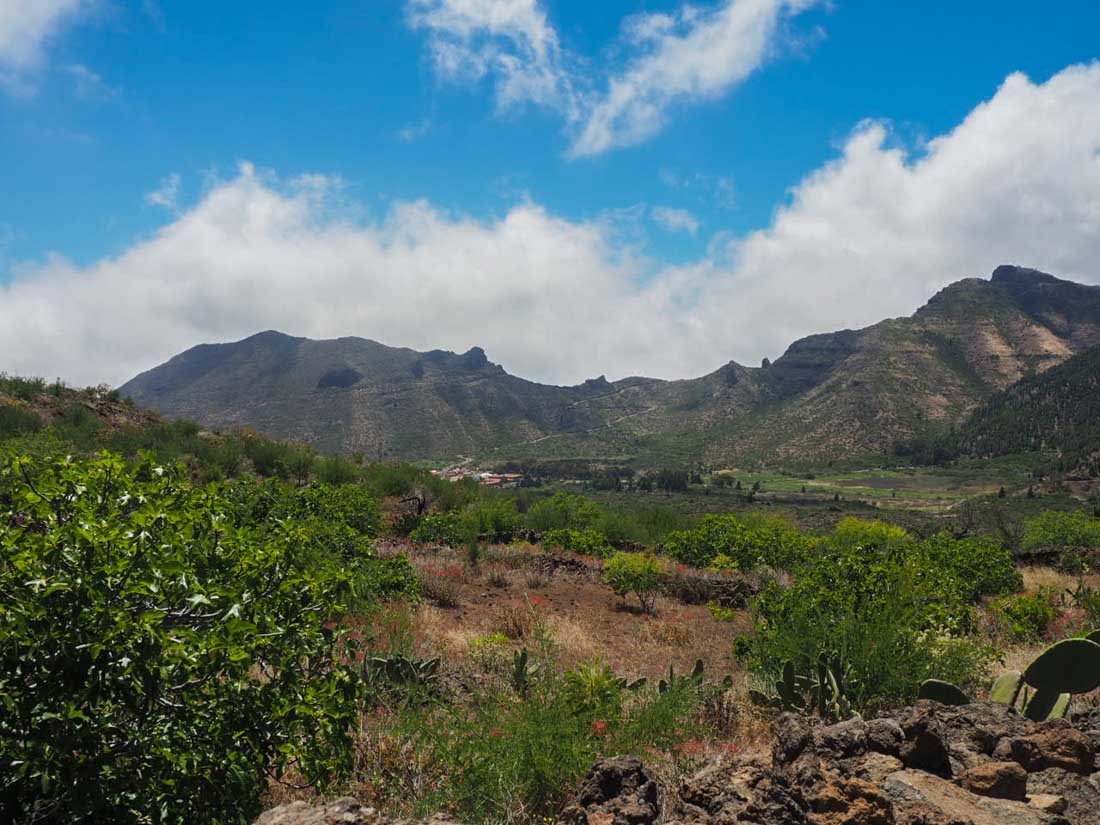 Alas the walk was over when we reached the town. Time to relax and reflect on what I had just experienced. In fact all 3 days have been amazing. A new walk to come tomorrow 🙂 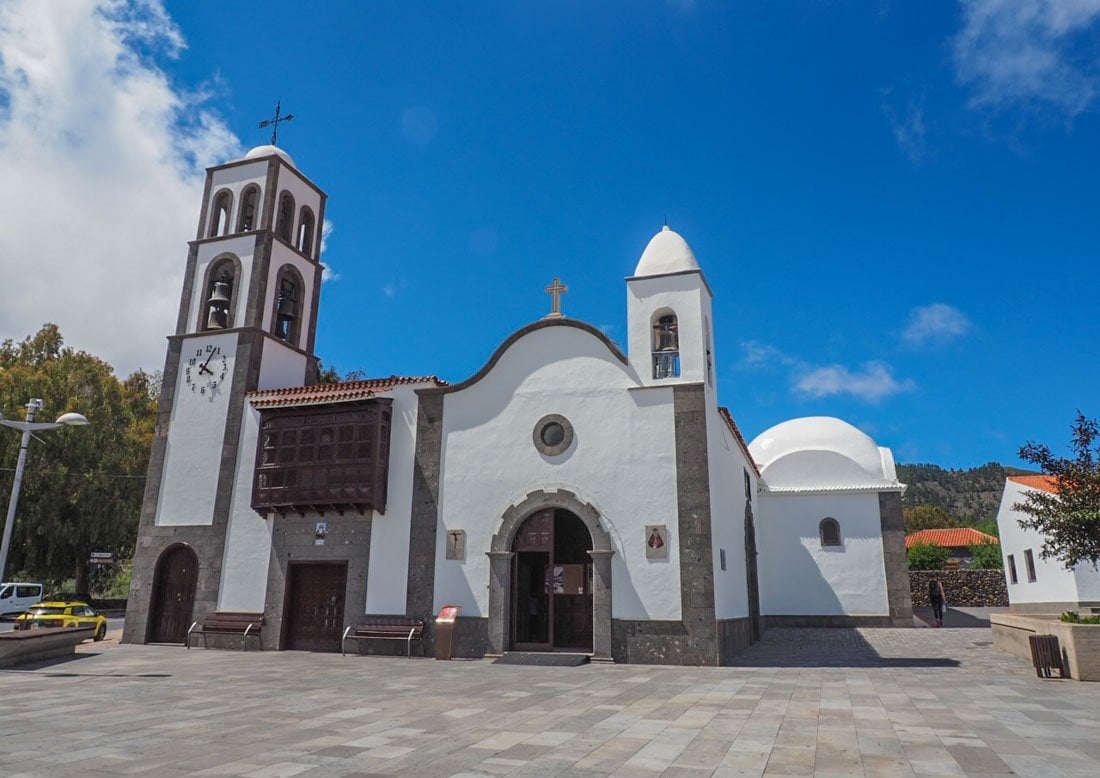 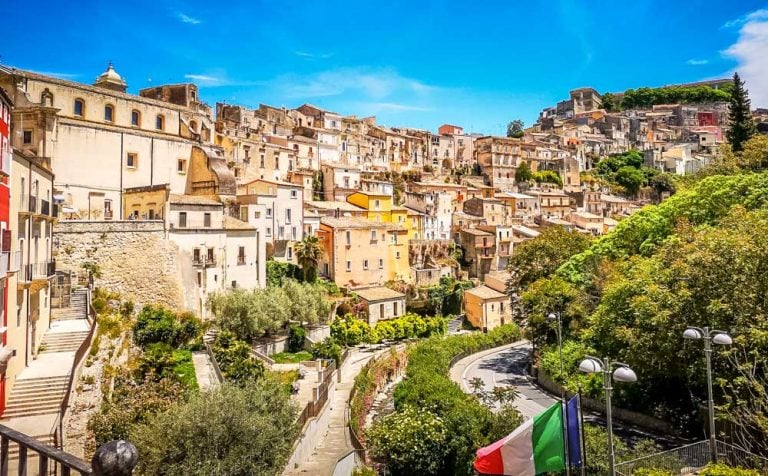 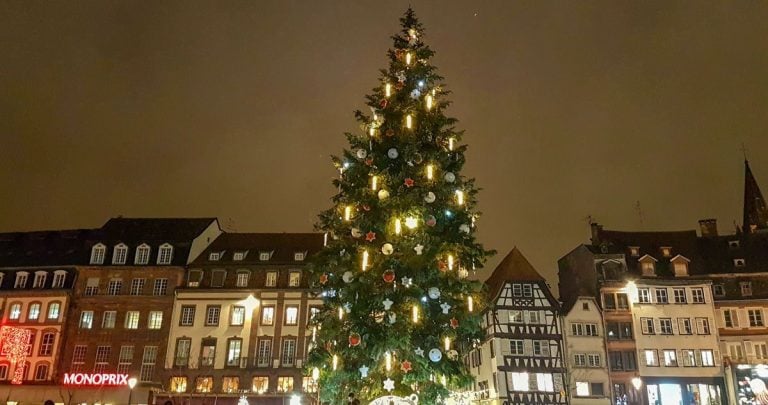 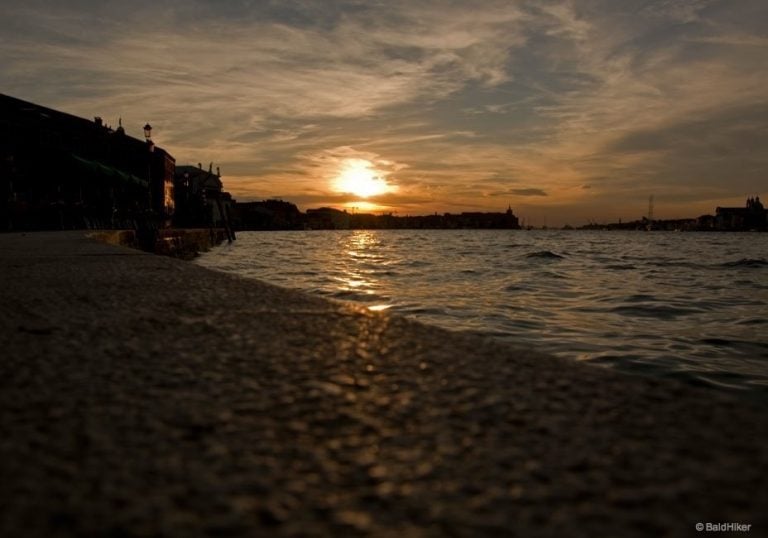 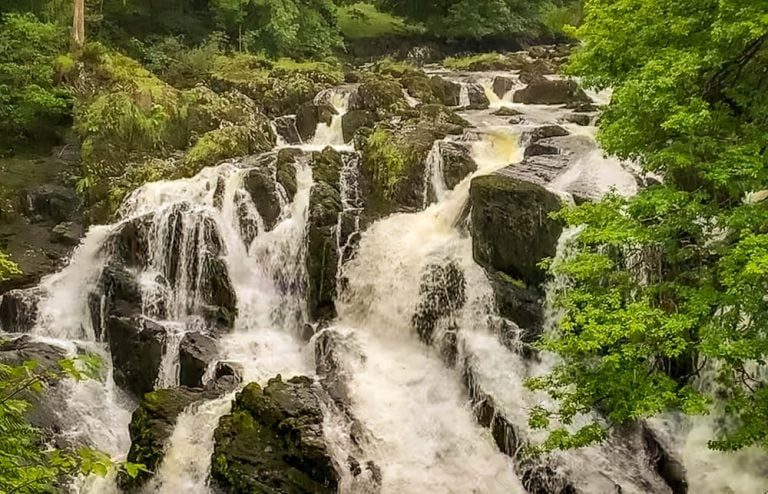 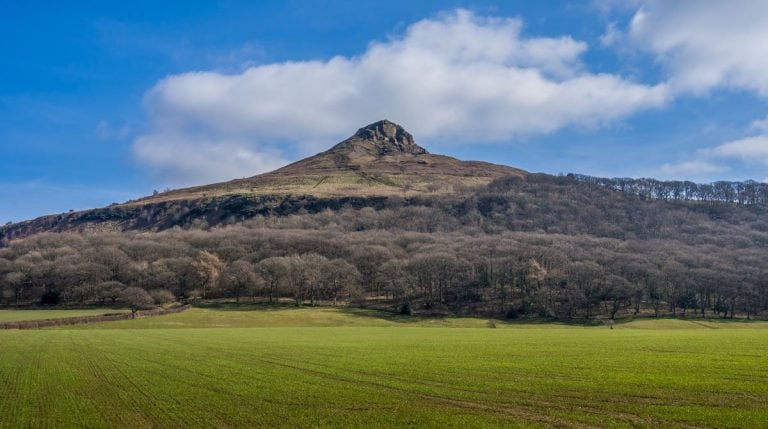