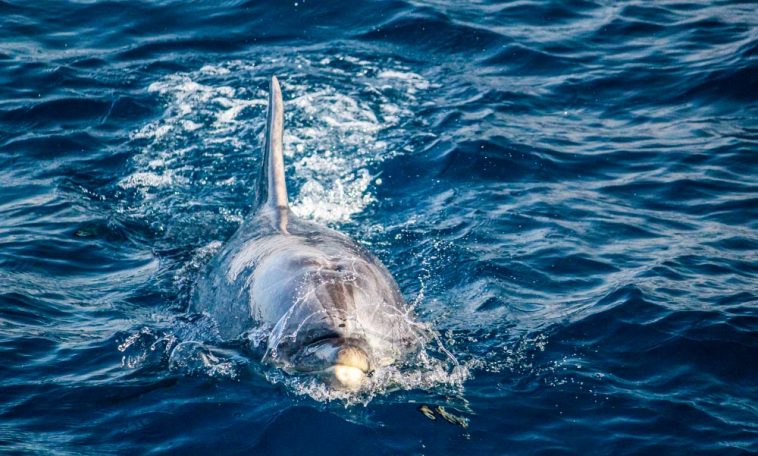 In search of a bit of winter sun, I booked a last minute flight to Gran Canaria for a long weekend. The Canary Islands are often a go-to destination for us Brits during winter as with flight times of around 4 hours you can easily plan a short break for a boost of good old Vitamin D!

As a keen nature-lover I was very excited to see that there are various boat excursions to do in Gran Canaria that look for dolphins and whales. 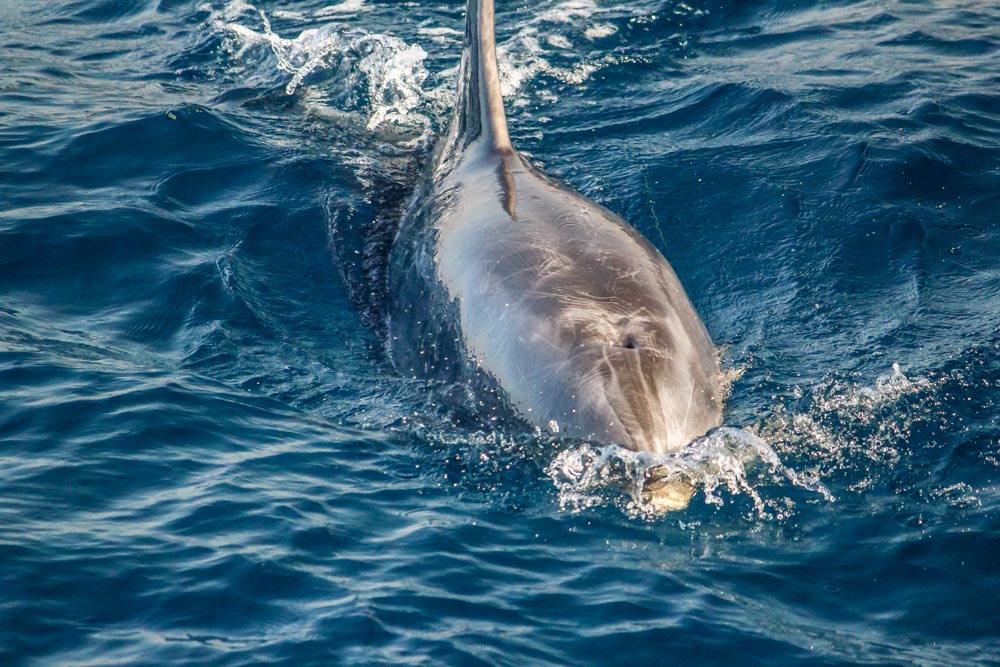 The deep seas that surround the Canary Islands lend themselves to some pretty rich waters in terms of both fish and aquatic mammals. I’m not one to spend all of my time on a beach just sunbathing so one of the first things we did was to book onto a dolphin watching tour. 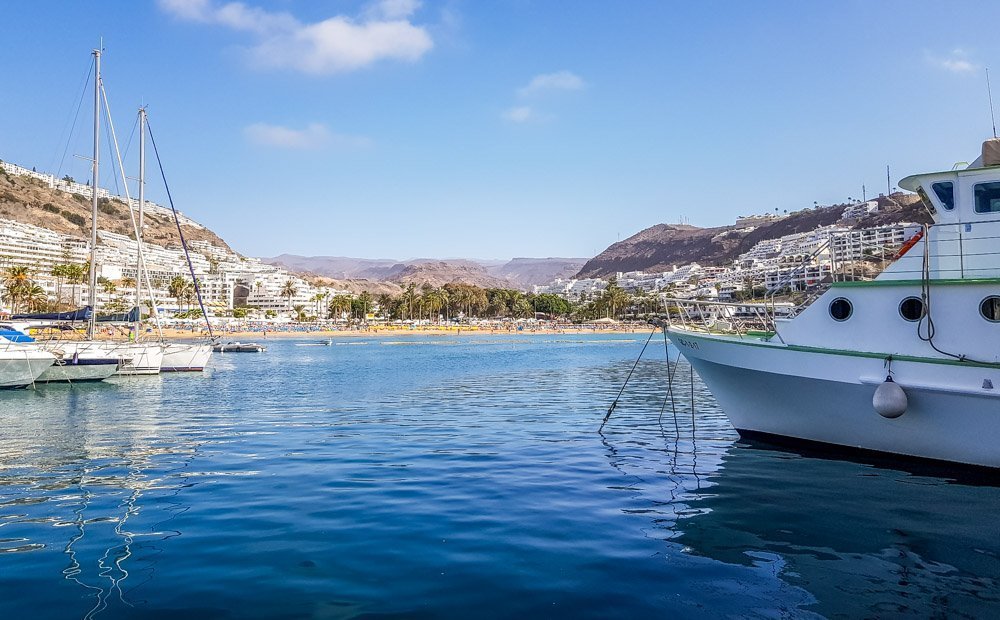 We booked onto a 2.5 hour dolphin and whale watching trip from Puerto Rico port in the south west side of the island. Apparently there’s a very high chance that you will see dolphins however the likelihood of spotting any whales is quite low given they are quite shy creatures and tend to avoid boats.

After around ten minutes of heading out into the Atlantic Ocean we passed by a sea turtle with bonus points going to me for being the first to spot it! It then wasn’t too long before the guide on the boat informed us that there was a pod of dolphins in the near distance. Sure enough, about ten minutes later we saw this pod and watched the dolphins crest the waves and duck and dive around the boat. It was beautiful to see them in their natural environment and not in an aqua park as can often be the case. 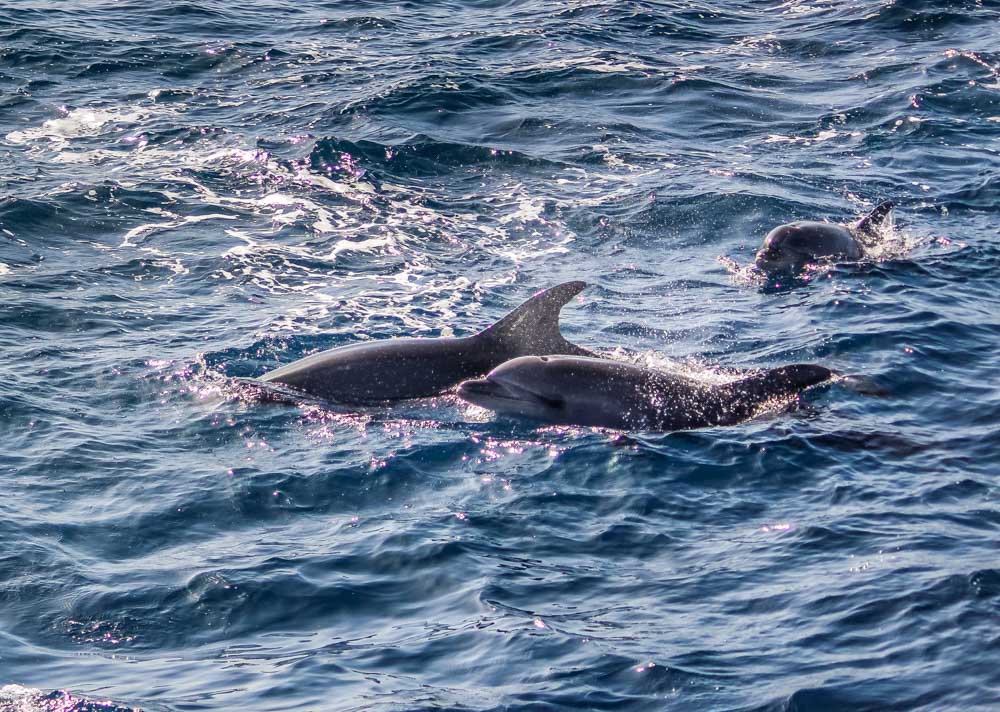 The species that we could see were common bottlenose dolphins, these dolphins can grow up to four metres in length and tend to be in pods of around 15. This tallied up with the amount we’d see at any given time.

The crew on the boat were careful not to stay too long with the dolphins and made a point of explaining to the passengers that they have to limit their time in close proximity to the mammals so that they didn’t become too accustomed to the boats after all, they are wild animals. 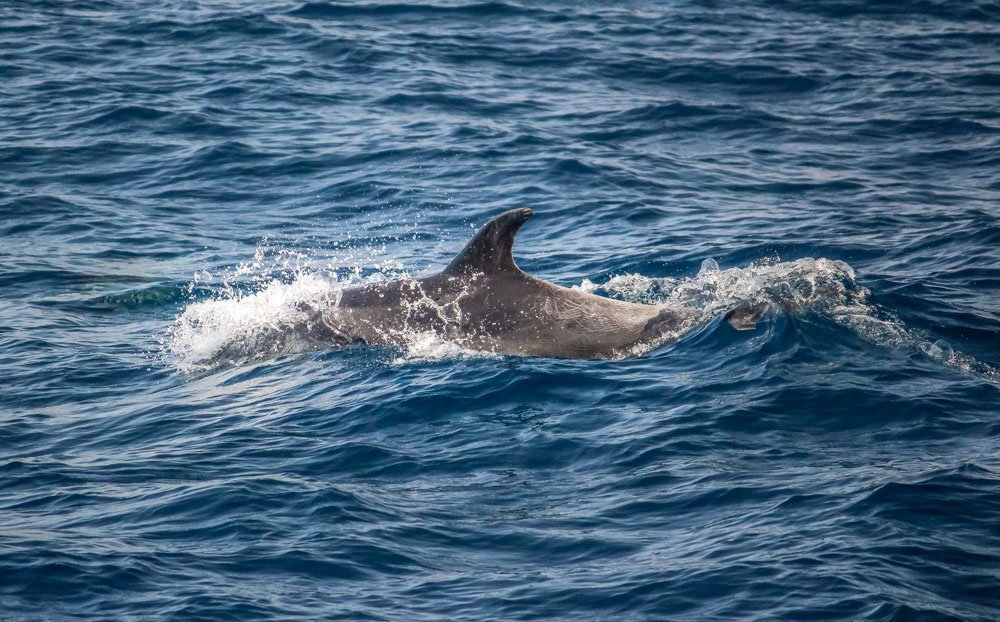 We watched from a distance at times but then out of nowhere a dolphin would just appear by the boat. I was glad I took my DSLR camera with me as I was able to zoom in on some of them at distance where others struggled with taking photos on their phones.

Further into our trip the captain announced that there was a whale in the vicinity. As we ventured further away from shore we saw in the distance the distinctive blow of a whale! I was in awe having never seen a live whale before (I’ve only ever seen a carcass of one on a Cornish beach unfortunately). 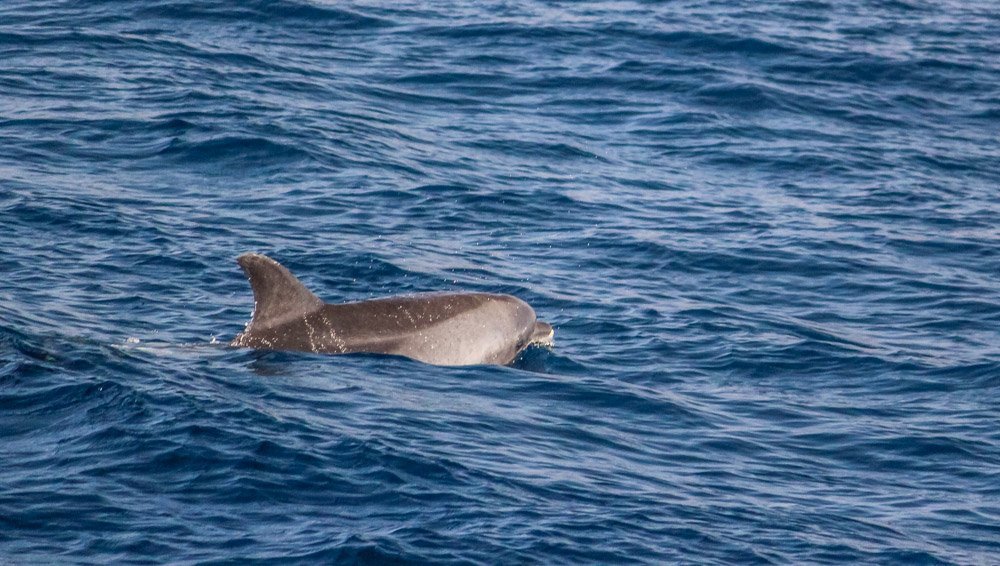 Our guide informed us that what we could see in the distance was a rare North Atlantic right whale. We had to keep our distance from the whale and respect its space especially given they are classed as an endangered species. It’s for that reason that I didn’t get any photos of the whale. Other than the initial ‘blow’ it only appeared for a brief glimpse again to take on air before disappearing back into the ocean depths. It was only later that I learned just how rare this species of whale is, with an estimated 400 left in the wild due to it being hunted over the years.

After seeing the whale, our tour began to overrun time-wise so the captain turned the boat around and we headed back to port. Along the way though we saw a couple more sea turtles and I was amazed to see a small shoal of flying fish scoot their way across the surface of the ocean. It was such a bizarre sight as on first glance you would think they are low-flying birds but these fish are trying to escape being eaten by bigger fish beneath the water’s surface. 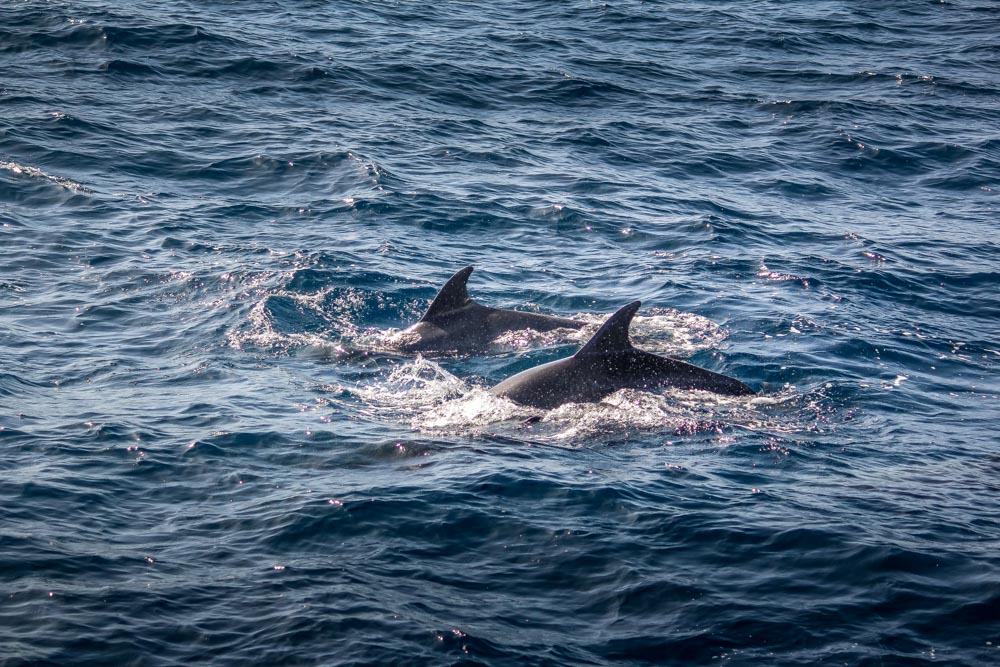 If you are keen to do something that’s not just a beach trip whilst on Gran Canaria then I’d highly recommend one of these tours. We booked our trip on arrival into Puerto Rico which is probably fine for off-season however in the summer months it’s probably worth booking in advance to guarantee a place. The guide gave a commentary in both English and Spanish and the tour cost us €30 per person.