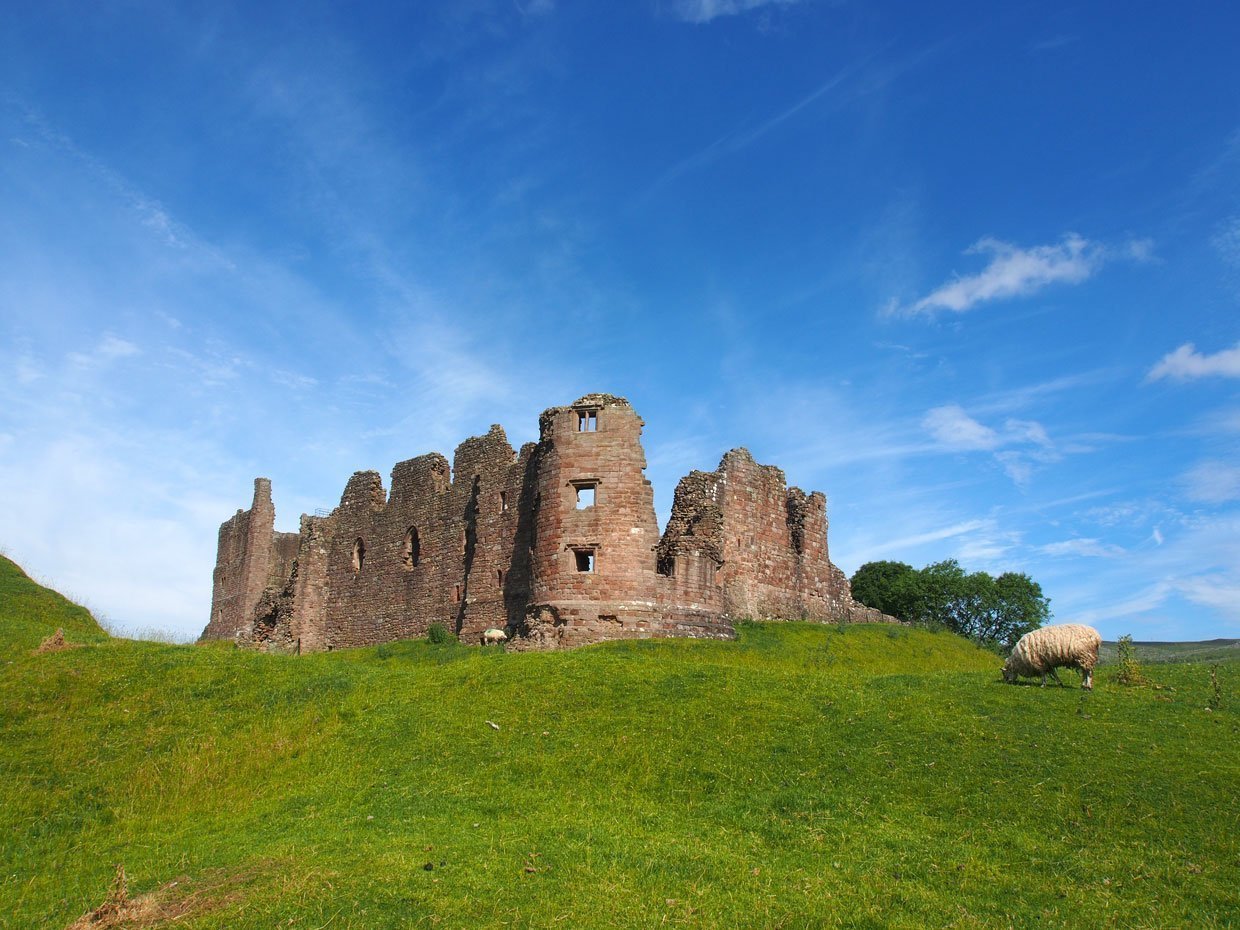 The Eden Valley, Cumbria is home to buildings old, great and historic ruin. A sign of the area’s past going back many hundreds of years, being close to the border with Scotland and a crossway to the Northern Pennines and the South. I have already shown you a couple from the valley… The grand ruin of Brougham Castle plus the bigger history than thought at the castle within the bustling Penrith.

Now I move further up the valley and to junction were the Pennines meet the Howgills. Brough Castle.

To the East of Kirkby Stephen, near the junction of the A66 and A685 is the unmissable landmark of Brough Castle ruins. Before the castle we should look back even further to the Roman for of Verterae that stood here..

The current A66 follows what was a very important Roman Road that cut across the Pennines from Scotch Corner to Penrith. A key position for defence and route protection. In approximately 1092 King William II (William Rufus, built the first castle here, to protect the important trading route over the Pennines.

William the Lion, King of Scotland led the Great Revolt in 1173 and took the castle, destroying much of the original structure. Henry II of England gained it back after defeating William at the Battle of Alnwick.

As with Brougham King John gave this castle with the Lordship of Westmorland to Robert de Vieuxpont in 1203. Through debts and neglect the castle again went to ruin by the end of the 13th Century.

Eventually the castle made its way into the Clifford family. It was built up into a grand place to stay for the family.

New tower, new hall and residences. In fact during the 14th and 15th century it was here that the family came to stay. In 1521 a fire during the Christmas feast destroyed much of the castle.. Again it became pretty much a ruin.

Then, in 1643, Lady Anne Clifford inherited and restored it along with all of the castles she spent lots of time rebuilding. She lived and worked there, in the tower, then the keep, slowly getting the castle back to former glory, it had 24 fireplaces in total. But, in 1666, yet another fire made the place uninhabitable.

As it was passed down the family the castle was stripped to help things like the reconstruction of Appleby Castle and the building of Brough Mill. It started to fall to what we see today, with a big collapse of the keep happening in early 1800s.

Visiting today you will be pleased to not that to wander through and around the ruins is absolutely free! Quite a remarkable place for a picnic in the sun too. There is a reason this spot was chosen for a fort then castle… It is a small raised area with commanding views down the Eden valley.

Right next to it is a place all the family is sure to love, the ice cream parlour! Enjoy the history, enjoy the views, enjoy the peace, enjoy the taste 😀