Rome – Marvelling At The Forum

Travelling through Rome from one site to another there is one set of ruins that you cannot fail to see. The Roman Forum (Forum Romanum). In the heart of Rome near Palatine Hill and the Colosseum are the what looks like a mish mash of ruins. In a way they are. In ancient Rome what was once a market place grew over time to be the centrepoint of Roman life. Speeches, triumphant marches and the deaths of Emperors plus ancient government meetings and a place for plenty of building of course. 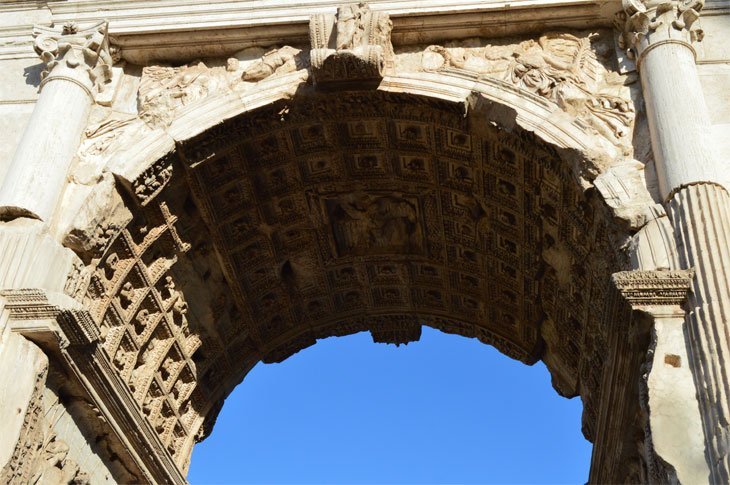 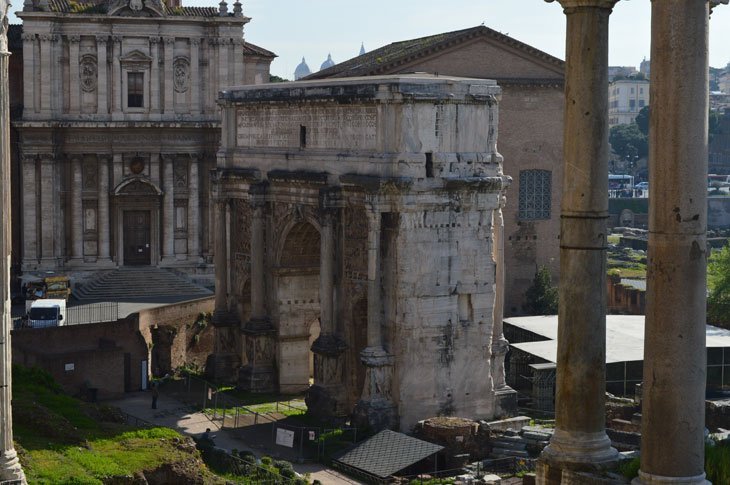 Roman tradition throughout the ancient time was to build on top of the ruins left. Different leaders and differing times left their mark on the area. Pre Empire temples then churches and arches sprawled the Forum in dramatic style, but of course it became very built up. Caesar was one of the leaders to start building more purposeful and purposeful Imperial Fora to stand out in the surrounds and start the demise of the one, once great Forum. To see the Roman Forum today it is very much a ‘remains’, a large intriguing skeleton of a time long long ago. In the middle ages it was falling apart and even used as a refuse dump. 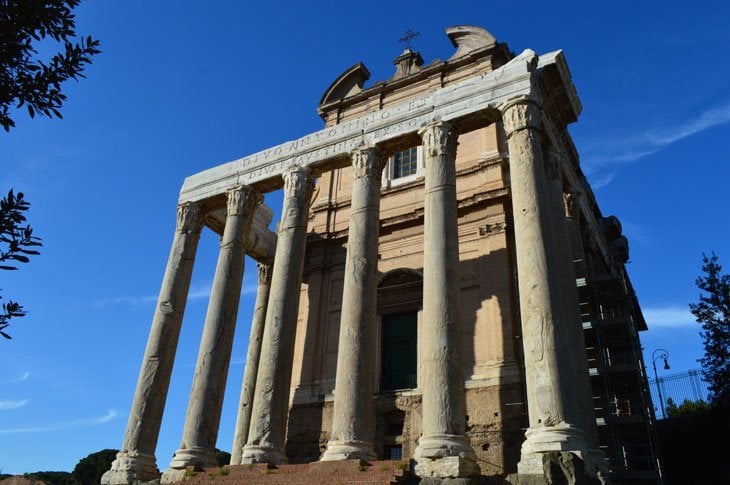 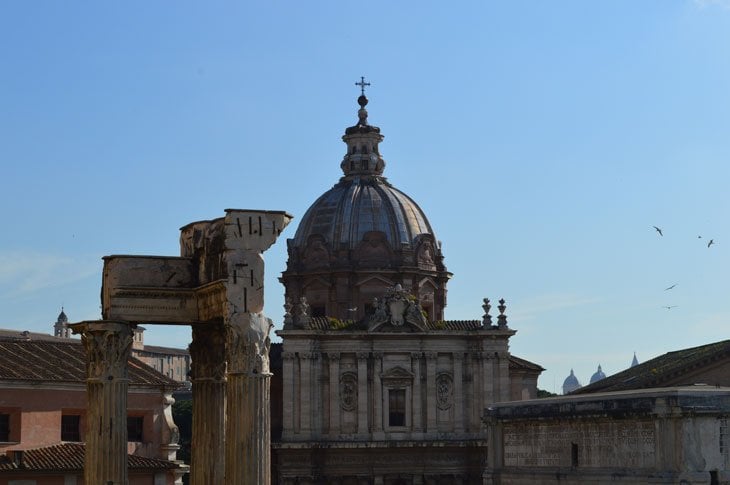 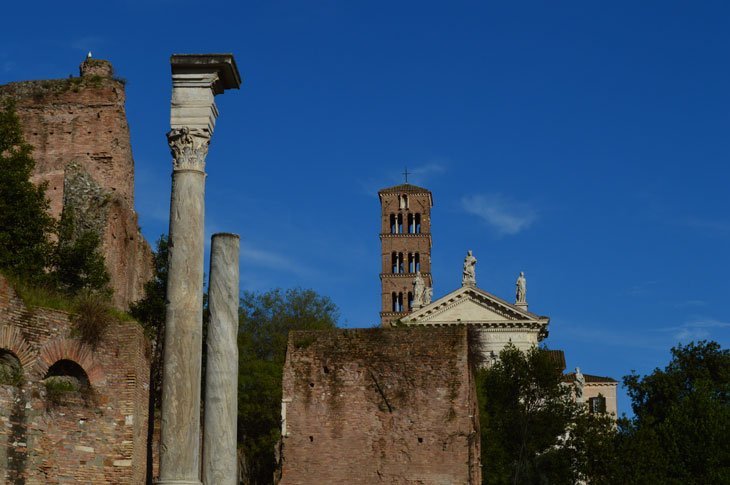 More modern times over the last few hundred years have of course led to excavation and preservation. You can walk around this fascinating place on foot and some of the pathways have been excavated right back down to Imperial times. Parts of the once great buildings stand proud, columns stand alone that were once part of an ancient temple. Arches adorned with insignia of great names of Roman lore. 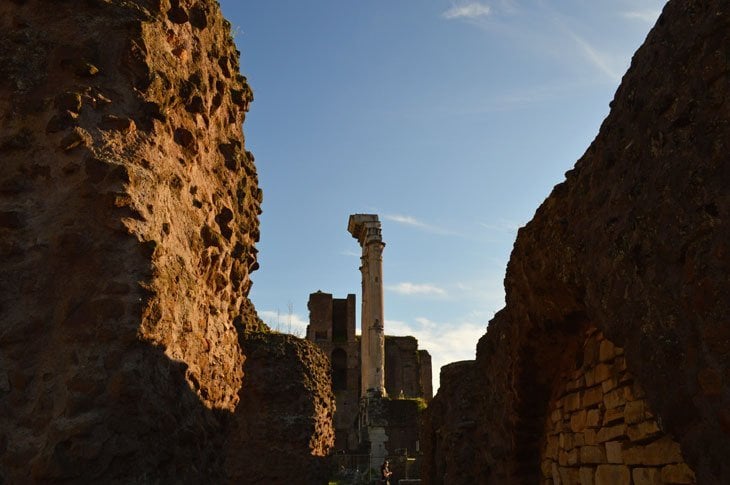 For a true archeologist the whole area of the Forum and the Fora has been both a ‘goldmine’ and a tragedy. The major wide road through the centre of Rome, the Via dei Fori Imperiali, was built by Mussolini in the 30s so he could see the Colosseum in a straight line from the window of his office. It cut straight through the Fora and many ancient remains and churches plus a densely populated area were stripped, demolished and now hidden under tarmac. Ironically the road was built to celebrate the glories of ancient Rome. 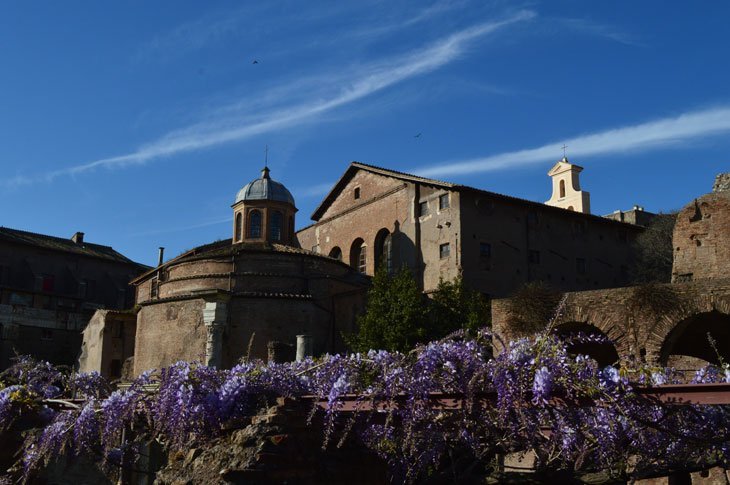 On a trip to Rome the Forum makes for a calm wander and respite from the tighter bustling streets. A look back in time. Standing in the footsteps of huge ancient names.

3 thoughts on “Rome – Marvelling At The Forum”