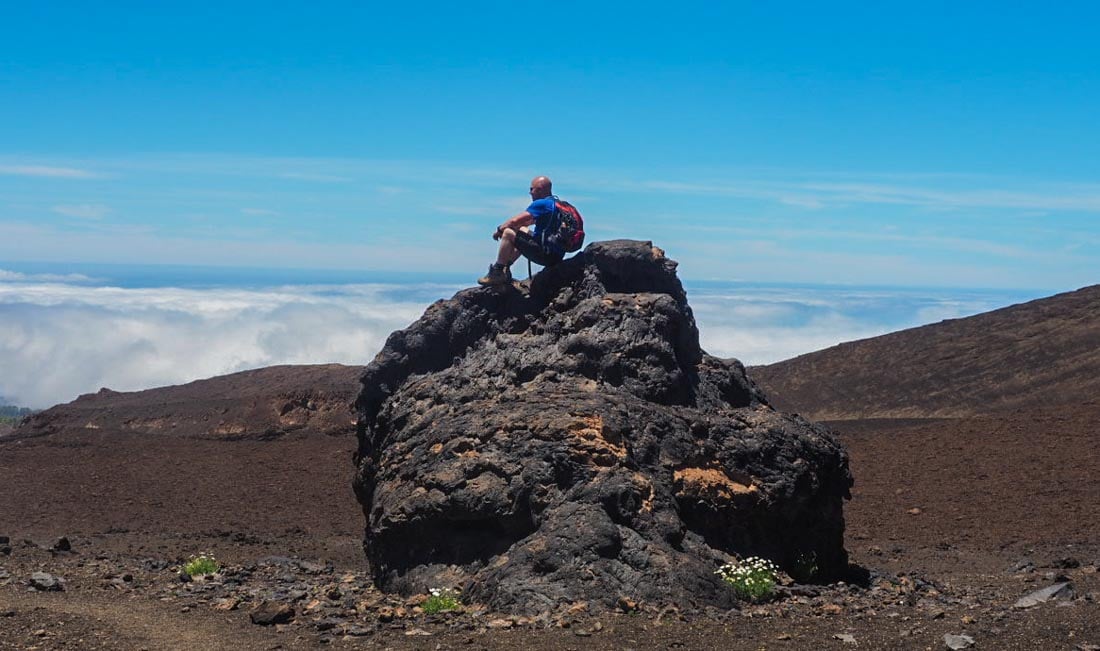 It was the fourth day of walking on this Tenerife Walking Festival and what a magnificent way to finish! Walking a route above the clouds amongst ancient volcanoes and volcanic rocks. Starting beneath the peak of El Teide on the South West side it was a shorter walk but absolutely no less spectacular. With much variety. 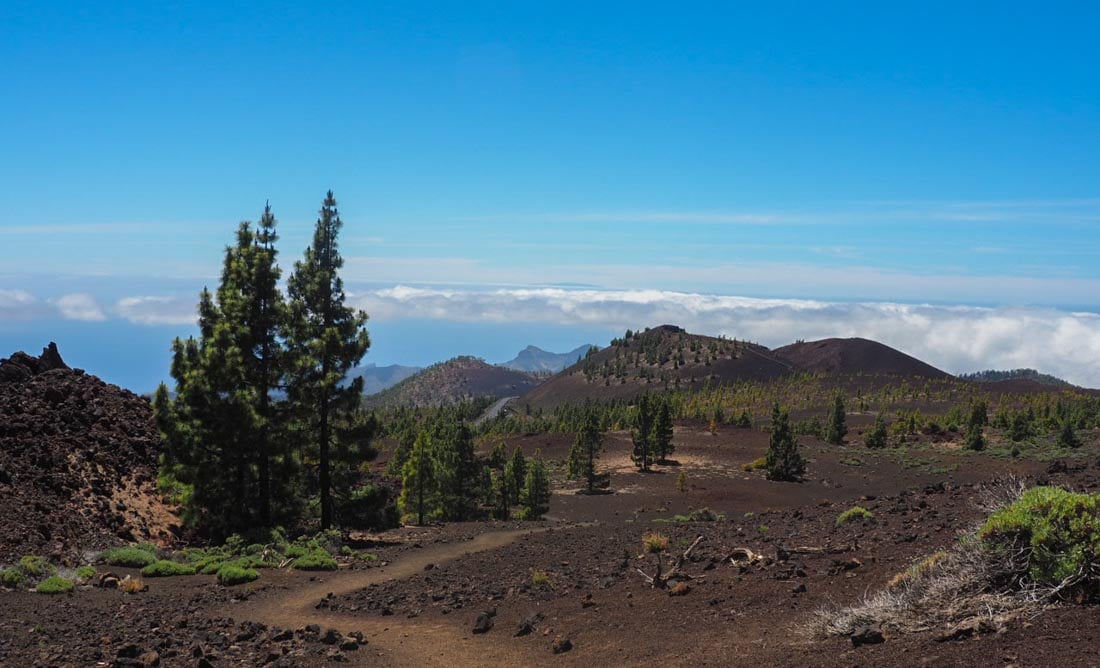 Spectacular? Yes, this is the real Tenerife. Away from the small section of bars and pools. Volcano peaks in every direction you look. Rocks of ancient times beneath your feet and nature in all its colour fighting the elements. 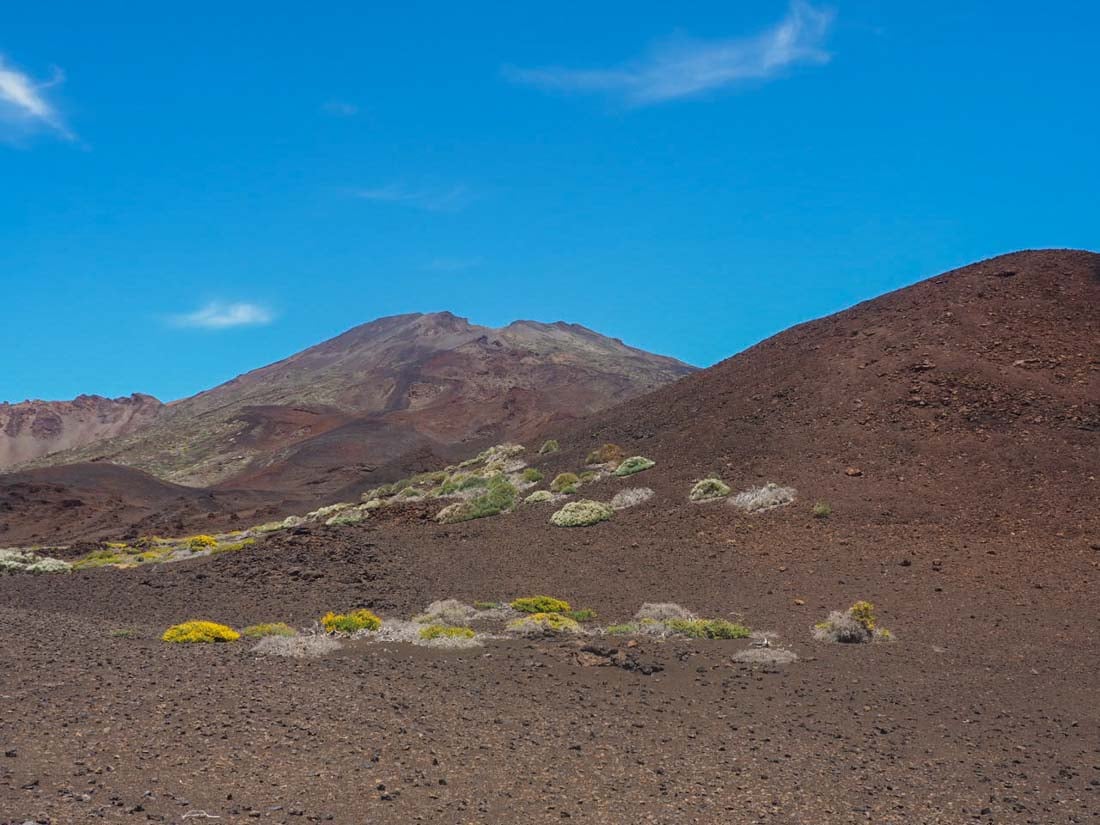 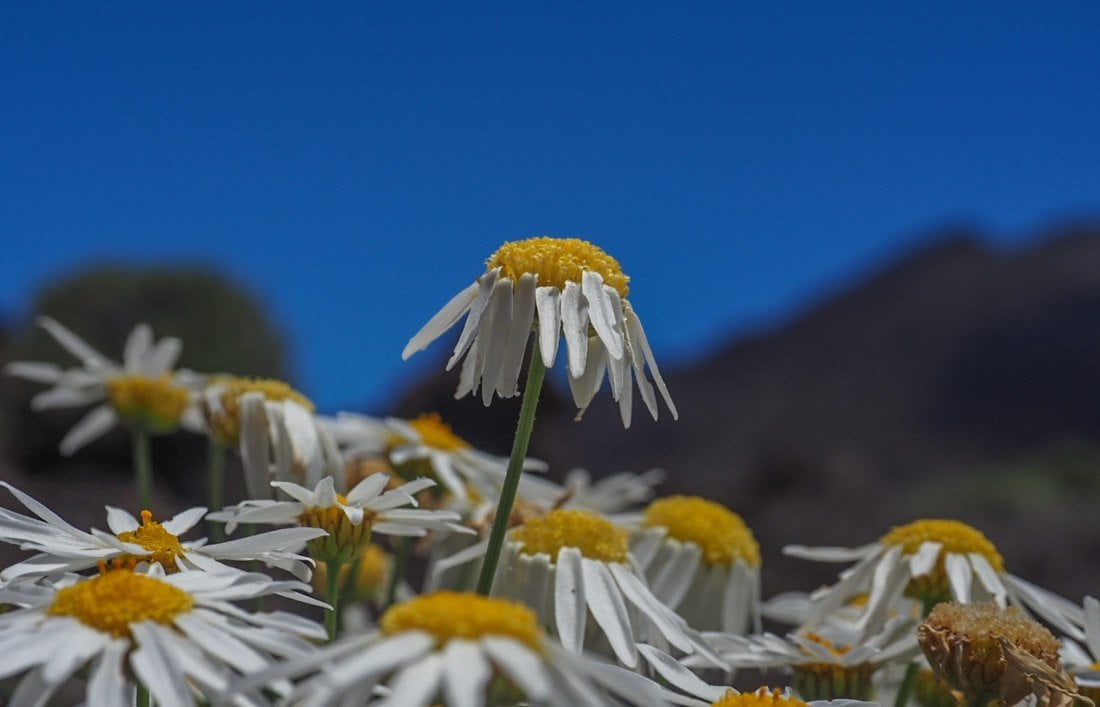 As it was my final hike for this trip it was a time to reflect on a superb few days on the island once more and the miles covered. This was getting up and away from it all. I love to do that no matter where in the world I am. 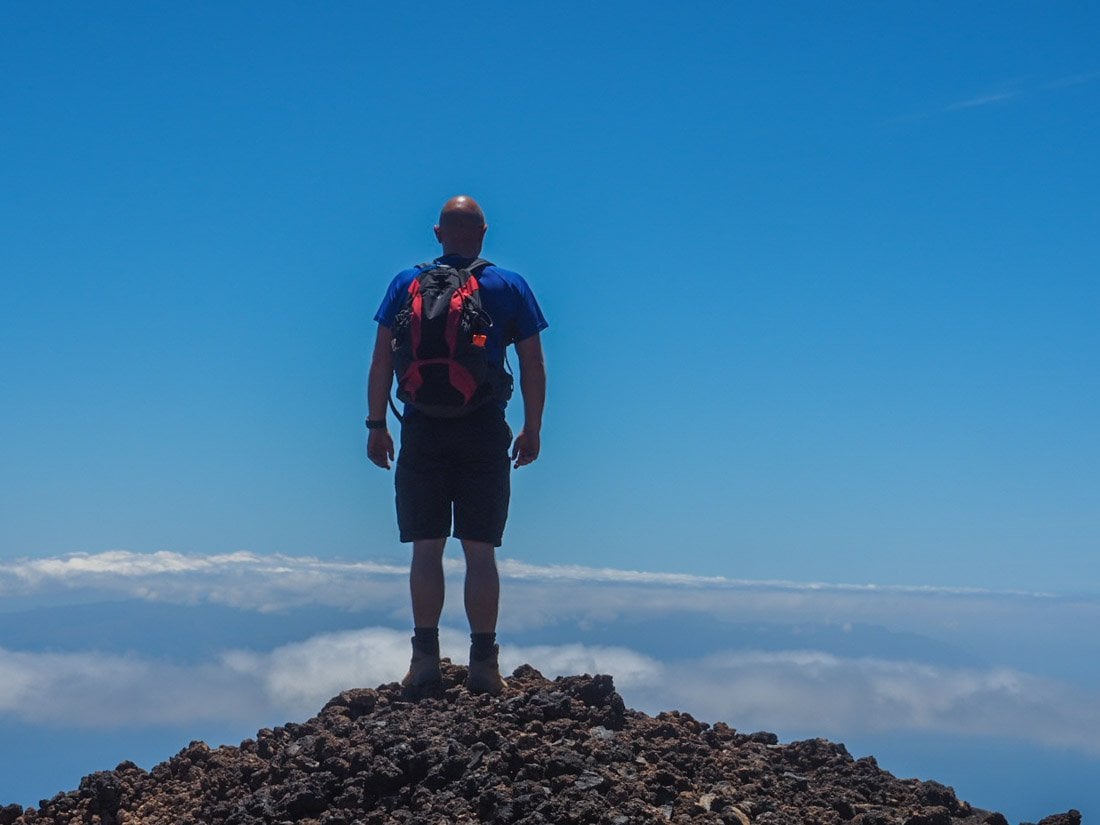 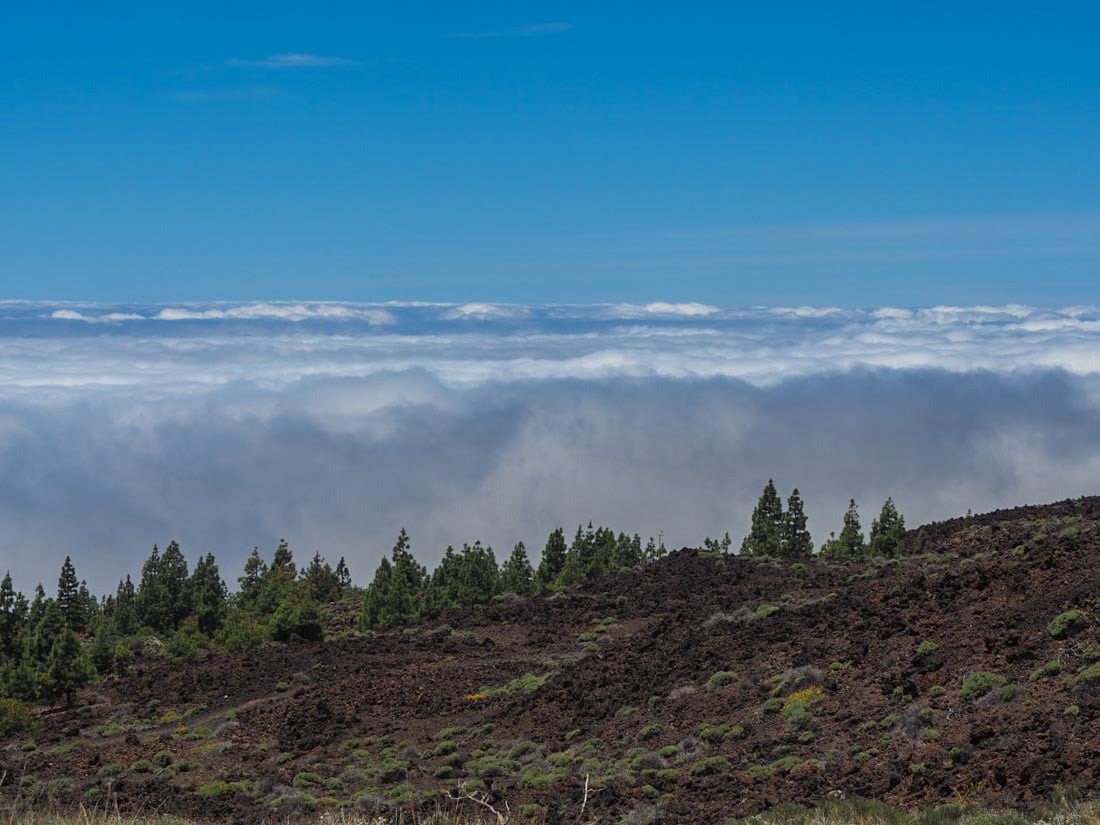 The clouds stopped in their tracks by the mass of land rising up. This allowed us to marvel down at it as we wandered through ancient pines that had stood the test of lava flows and fires. Again, it was difficult not to keep stopping every step to look out and around. 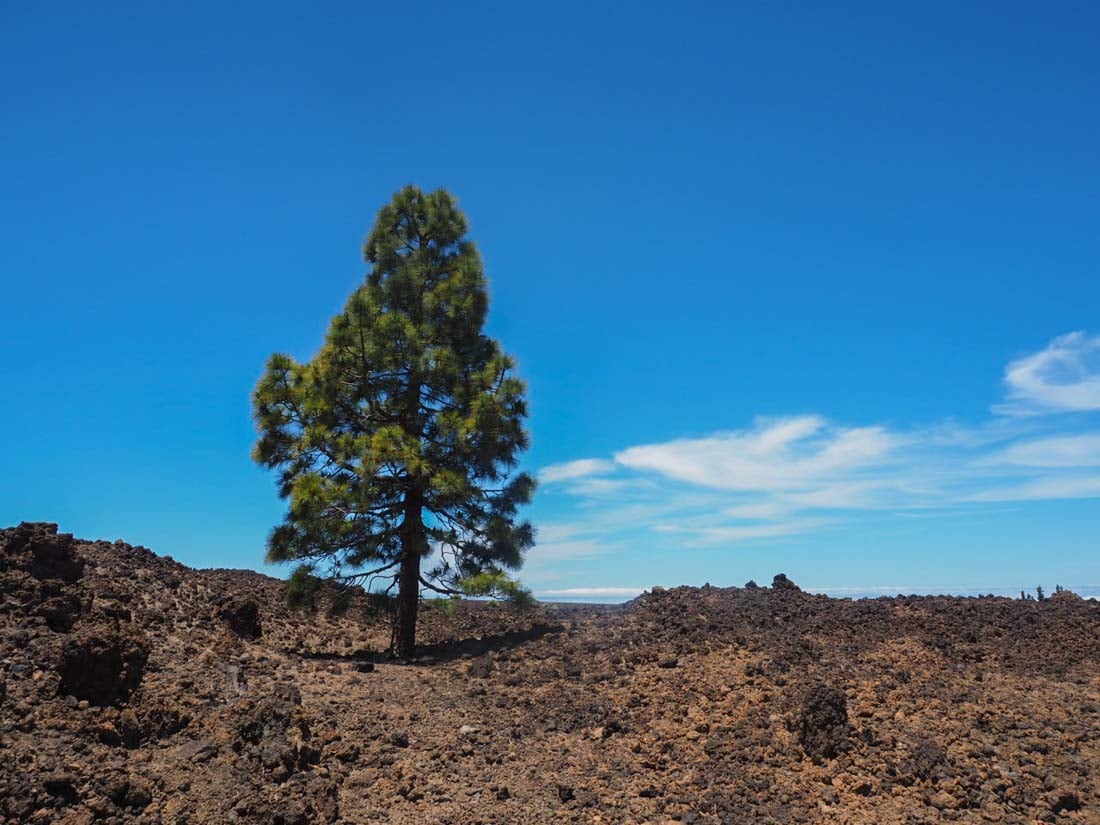 The landscape at times resembled more of a foreign planet rather than a foreign land. A moonscape one minute, more like mars the next. The ages of volcanic activity, all solidified and still, this was a peace that betrays the millions of years of volcanic activity. It is easy to see why films such as One Million Years BC used this area for filming. It was perfect for it. 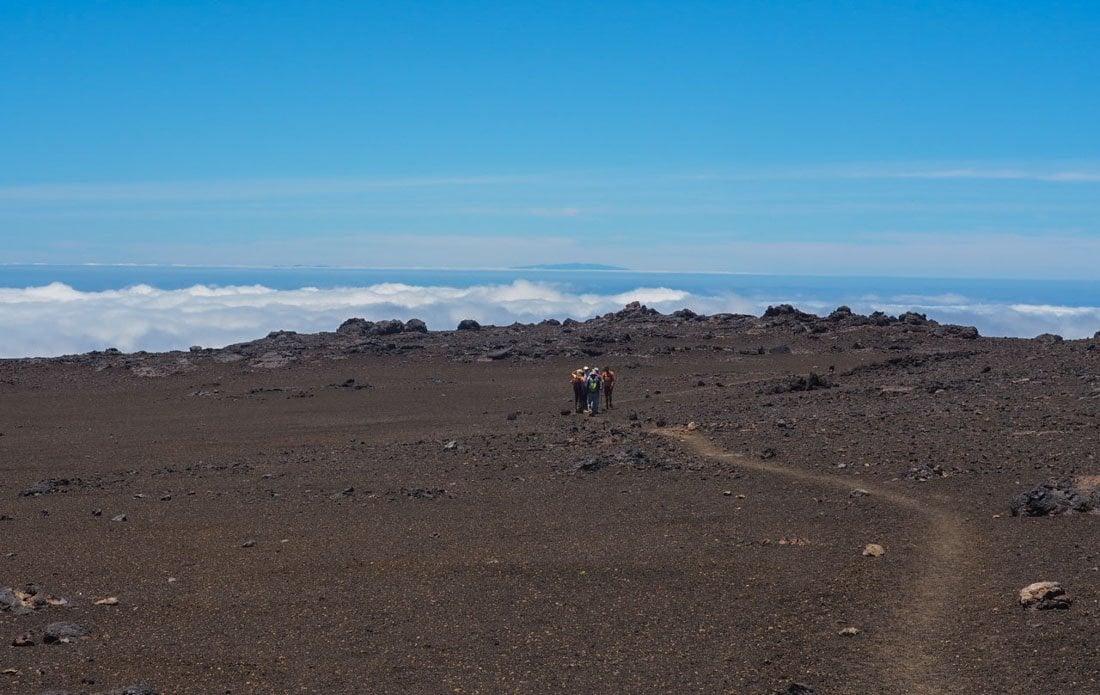 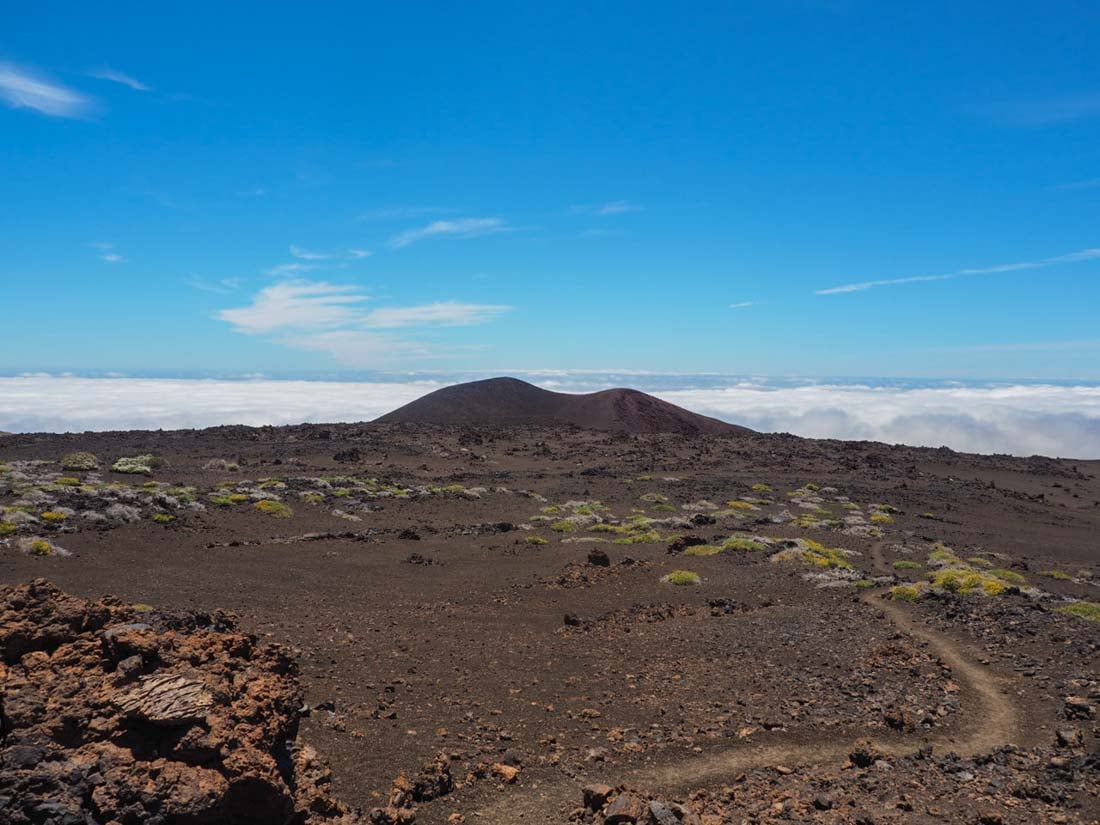 Alas it was time to head lower once again. Back down through the pine trees that had become a great site and helped me understand more about the ecology of the island. The guides on the walking festival truly have been incredible. The knowledge and pleasure to help you understand is out of this world, a bit like the walks 🙂 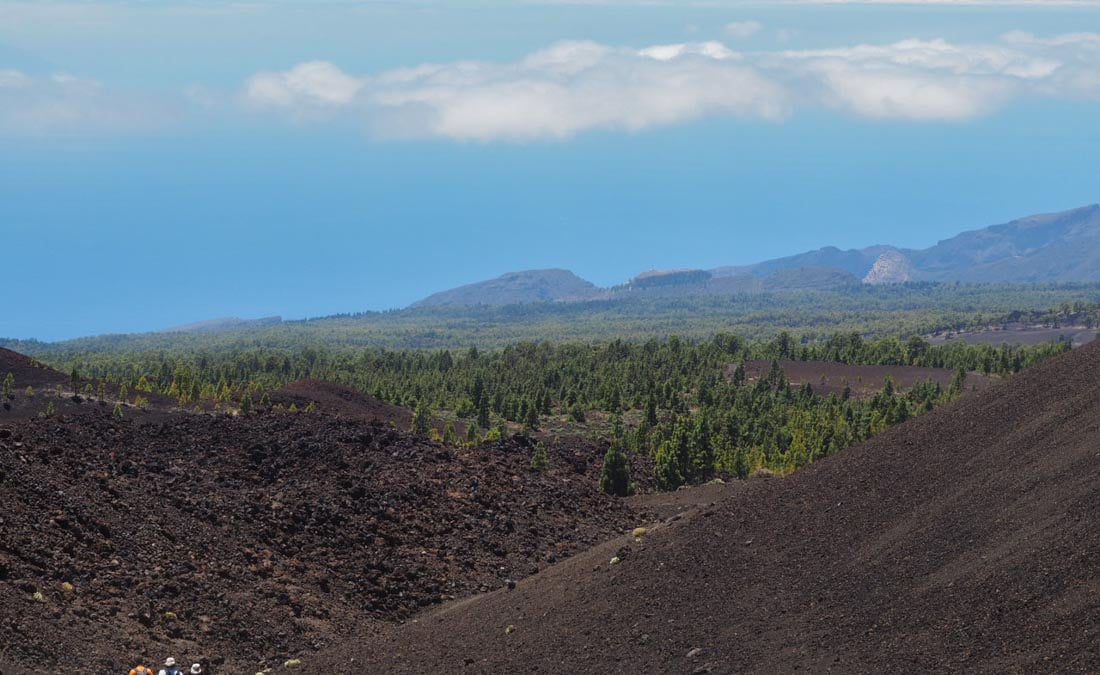 Getting down to cloud level we had a fitting end. A view over the variety of landscape, super. It is memories like this I cherish. Only by getting out and walking have I seen and done so much in my life, I am thankful to have a great hobby. 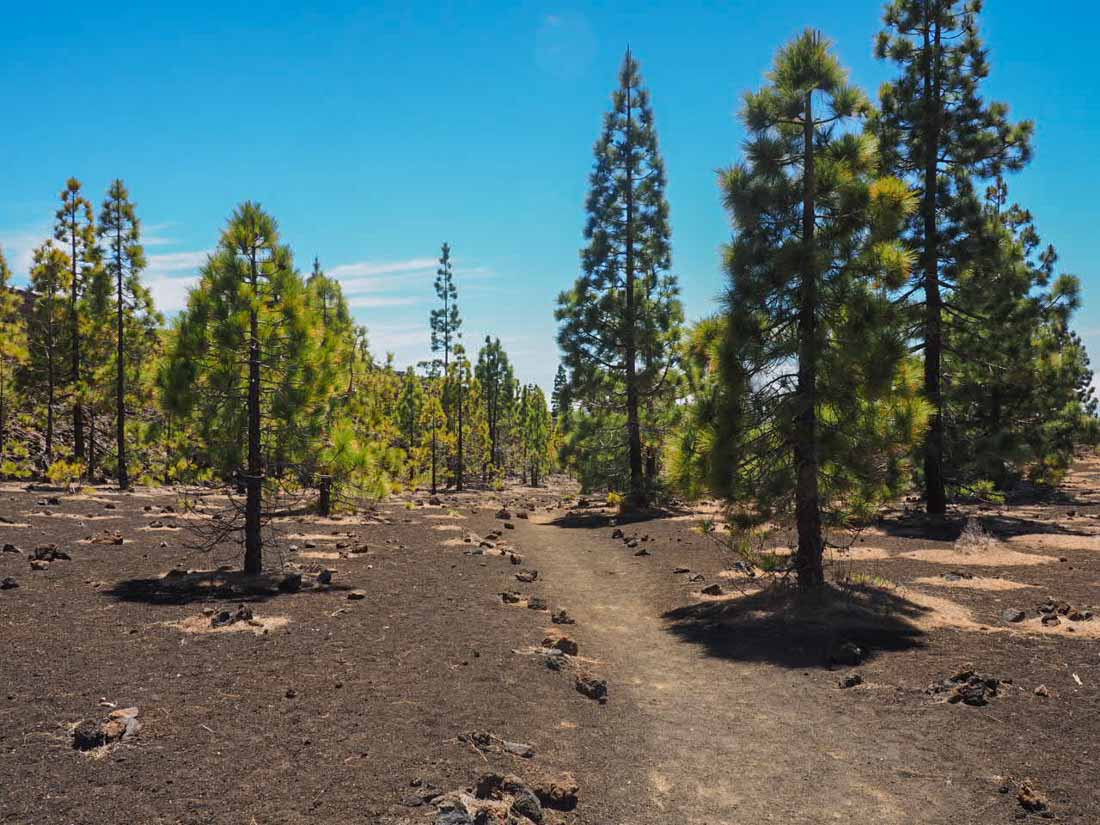 I have shown you four walks from Tenerife this time, all completely different in scale and views. I cannot pick a favourite because I enjoyed them all, and I look forward to getting to the Tenerife Walking Festival again! Highly recommended