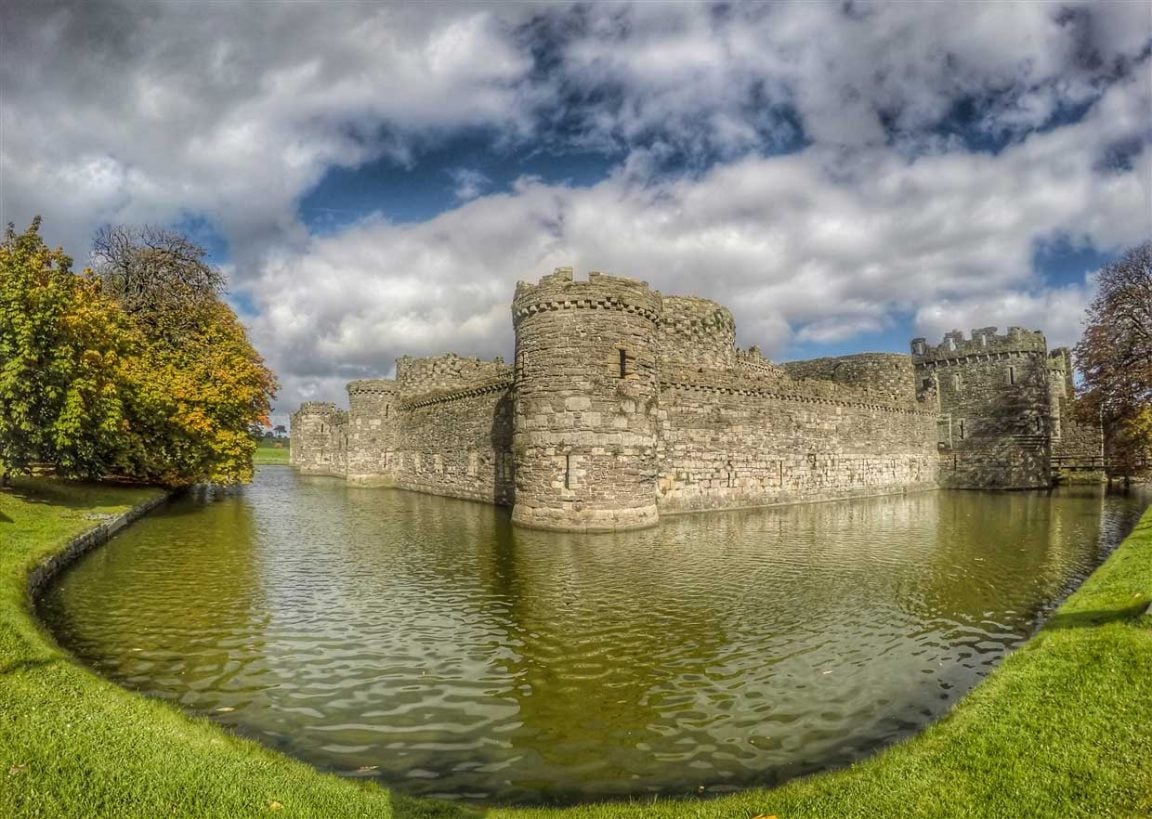 Beaumaris Castle, Anglesey, is truly a sight to behold. In its current state as you approach it may not look the high and grand castle you expect but as you get closer and within you see this masterpiece for what it is.

Beaumaris Castle has been described as the ‘perfect symmetrical concentric (wall within wall) design’ and technically perfect. When you stand back and look at it with the moat that still surrounds, you get a lot of architectural beauty to see.

During this road trip of Edward I Welsh Castles I have seen plenty of variety for sure, all built in different styles but all from the same era. An era where, as I said previously, the King wanted to build an iron ring of castles to keep the rebellious Welsh at bay.

Beaumaris was one of the latter ones started in 1295 that came after a particularly bloody welsh rebellion. The local fishing village that looked out over the Menai Strait in South East Anglesey was Llanfaes. Edward I decided a whole new ‘English’ settlement and village was needed complete with castle!

The Welsh residents of Llanfaes were all moved completely to a new place over in South West Anglesey – Newborough.

Scotland became a diversion to Edward I before Beaumaris was finished at the earlier time, but, going into the 14th Century and all the way up to 1330 the defences, inner walls etc where built upon further until a huge (at the time) 15,000 pounds had been spent.

More money to get it to its proper height etc was not forthcoming and thus albeit a great looking masterpiece… it was never truly finished.

When I visited I could still feel the sense of formidable fortress. The strait out to the south, the open land to the moat itself, that is before the walls, complete with arrow slits, murder holes , the great double walls and much more.

Inside you get a real sense of grandeur, the views beyond are outstanding plus a walk along the walls are a must!

Beaumaris was spared more than the others after Parliamentarians took it at the end of the civil war in the 17th century.

This was due to a fear of Scottish invasion. It did however begin to fall to ruin and was part of a stately home grounds up until the 19th Century.

If you are ever in Anglesey and want to discover some beauty and history together then you can do no wrong by visiting Beaumaris Castle.