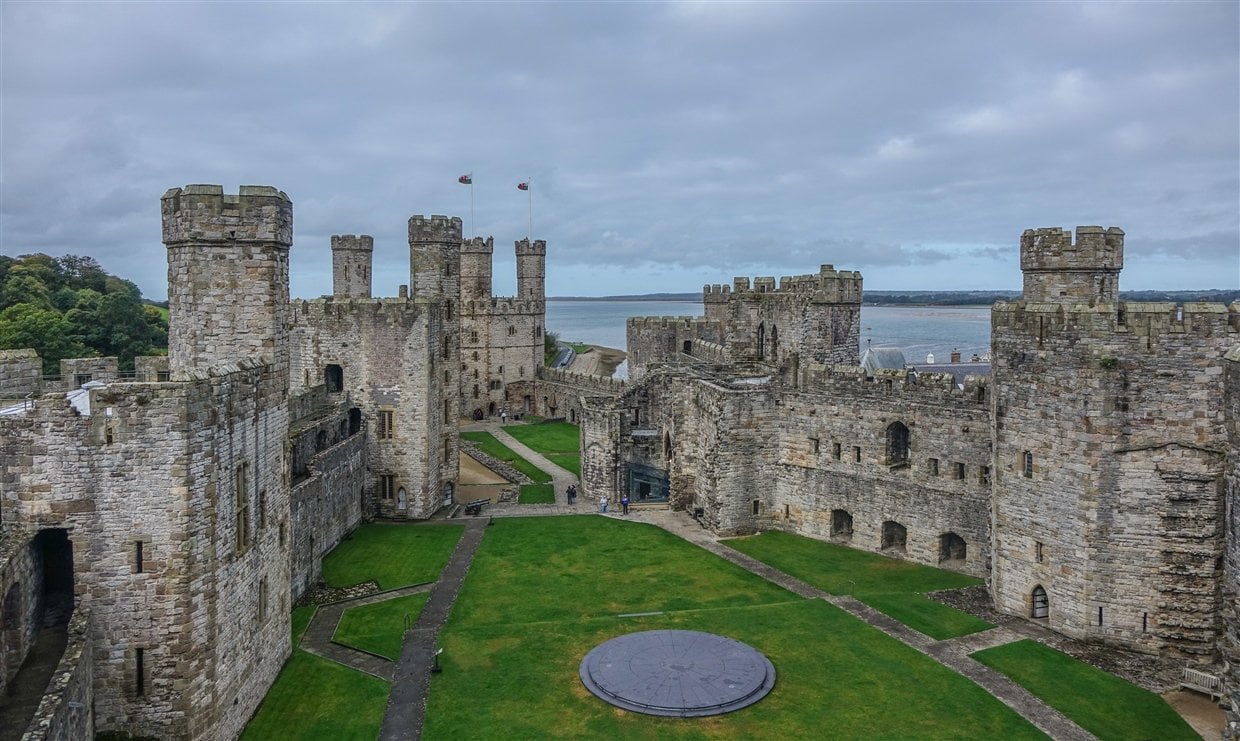 Considered the most impressive of all Edward I castles, Caernarfon Castle was built to both impress and be fearsome as part of his iron ring of castles to quell Welsh rebellion. I had continued on my road trip around ‘iron ring, and from Harlech Castle, which is so impressive in itself, you cannot escape the awe when approaching this gigantic building that consumes the fishing village beside it. 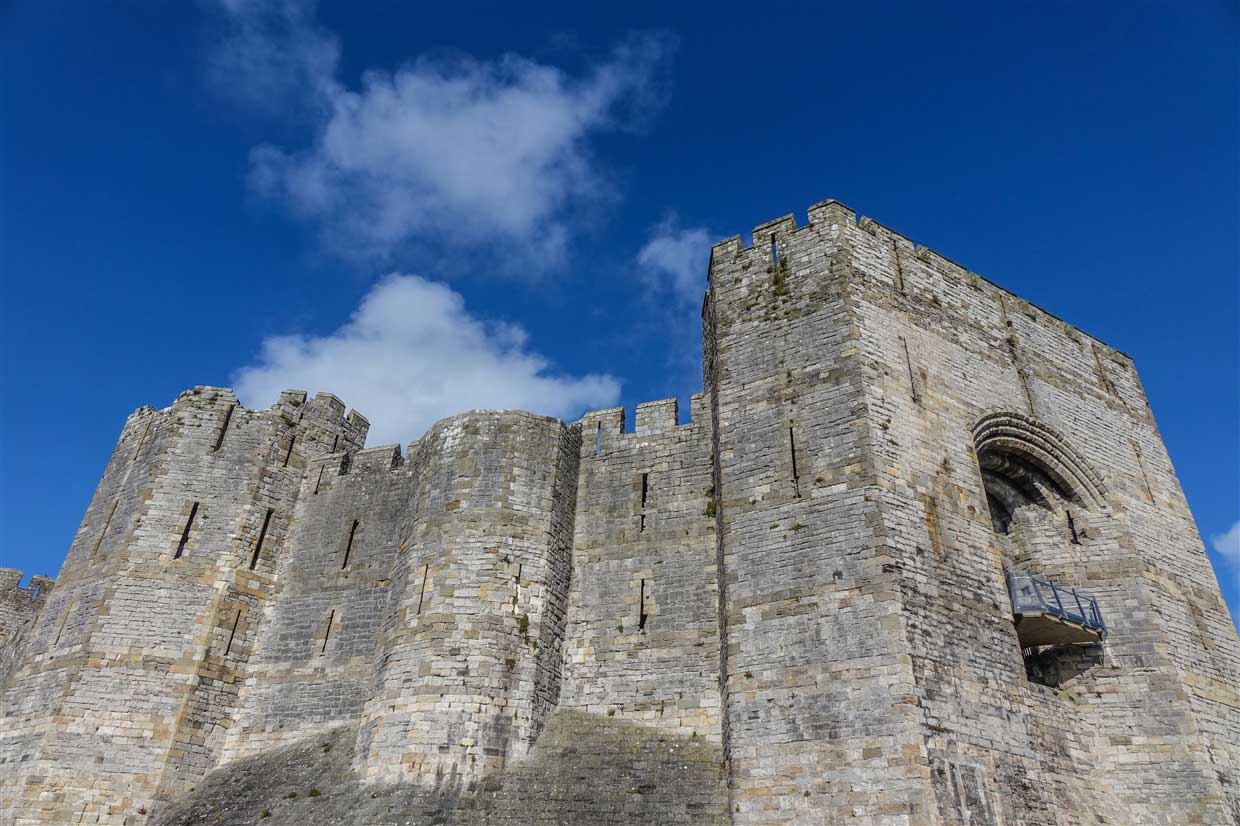 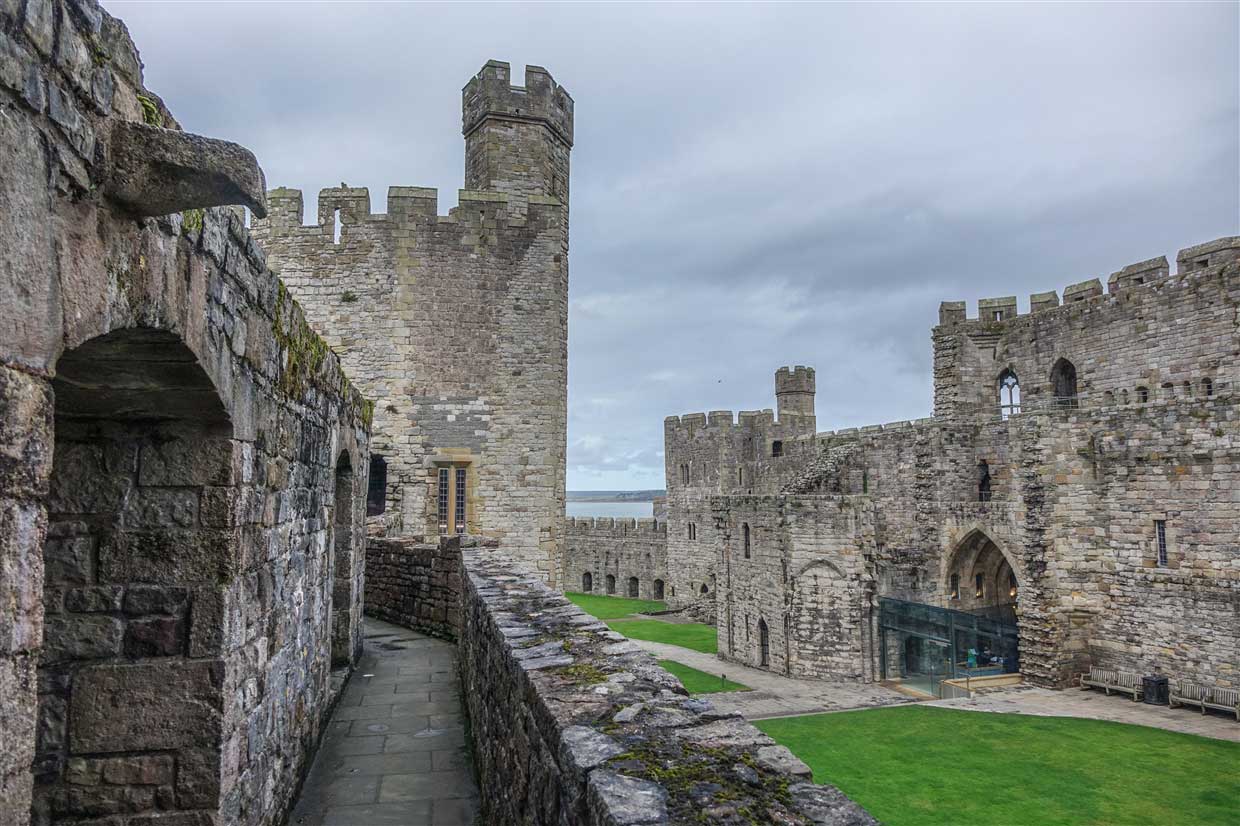 Caernarfon has always been a place for fortification ever since the Norman Conquests after 1066. The Normans tried their hardest to control Wales but they never quite got what they wanted. A Norman castle did stand on this spot. A Motte and Bailey type. In the 12th Century Welsh rebels and princes took it back. Then, along came Edward I. After defeating the Welsh in 1282 he set about building the great castles at great cost. Caernarfon was to be the big commanding one, the capital of his North Wales. Just this one castle alone was said to have cost him approximately £22,000. A large sum if you thin this was way back in the 13th Century. Just this one castle of the lot was more than a years taxes from the country. 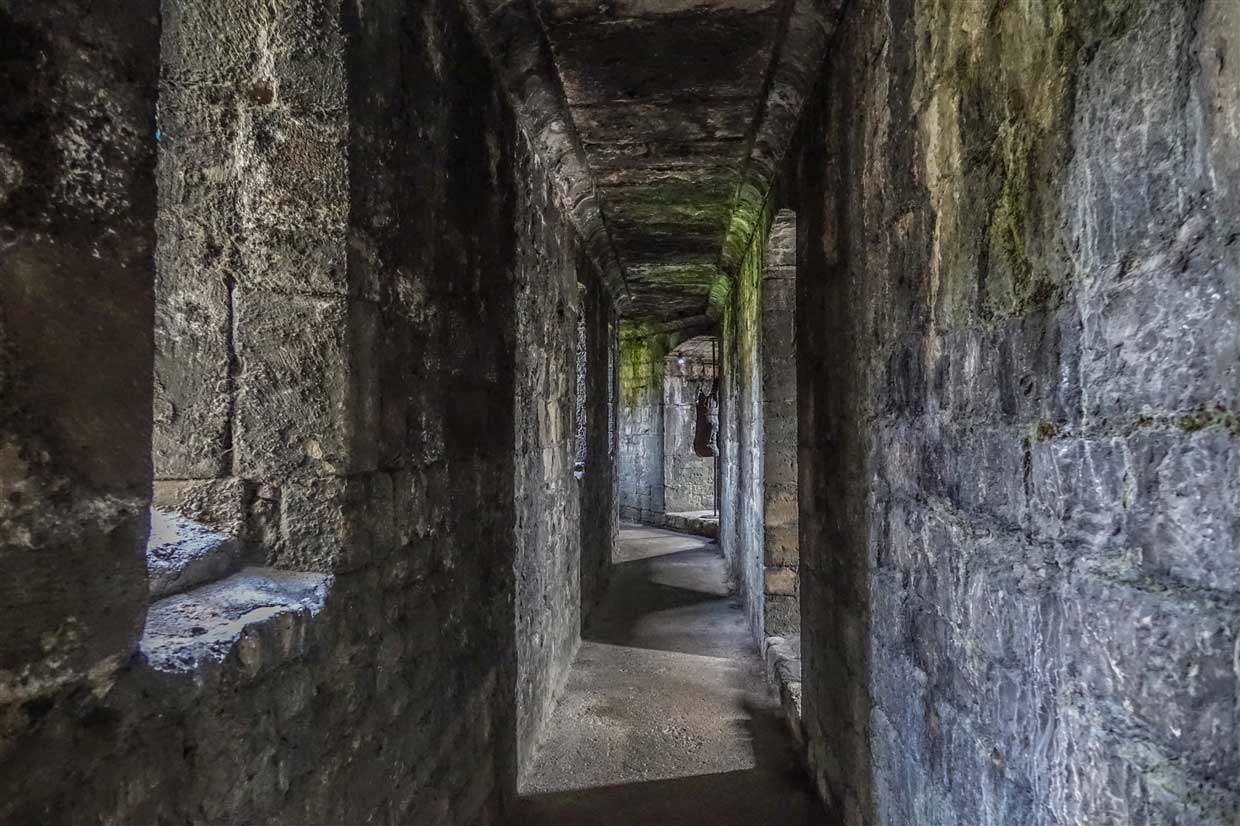 On this Welsh Castle road trip I had gained a sense of Edward I style. Round towers etc based on French castle design he had seen. Caernarfon though was different. Large octagonal towers, a huge area within, coloured stones and a shape like an hourglass (or figure of 8 if you choose). 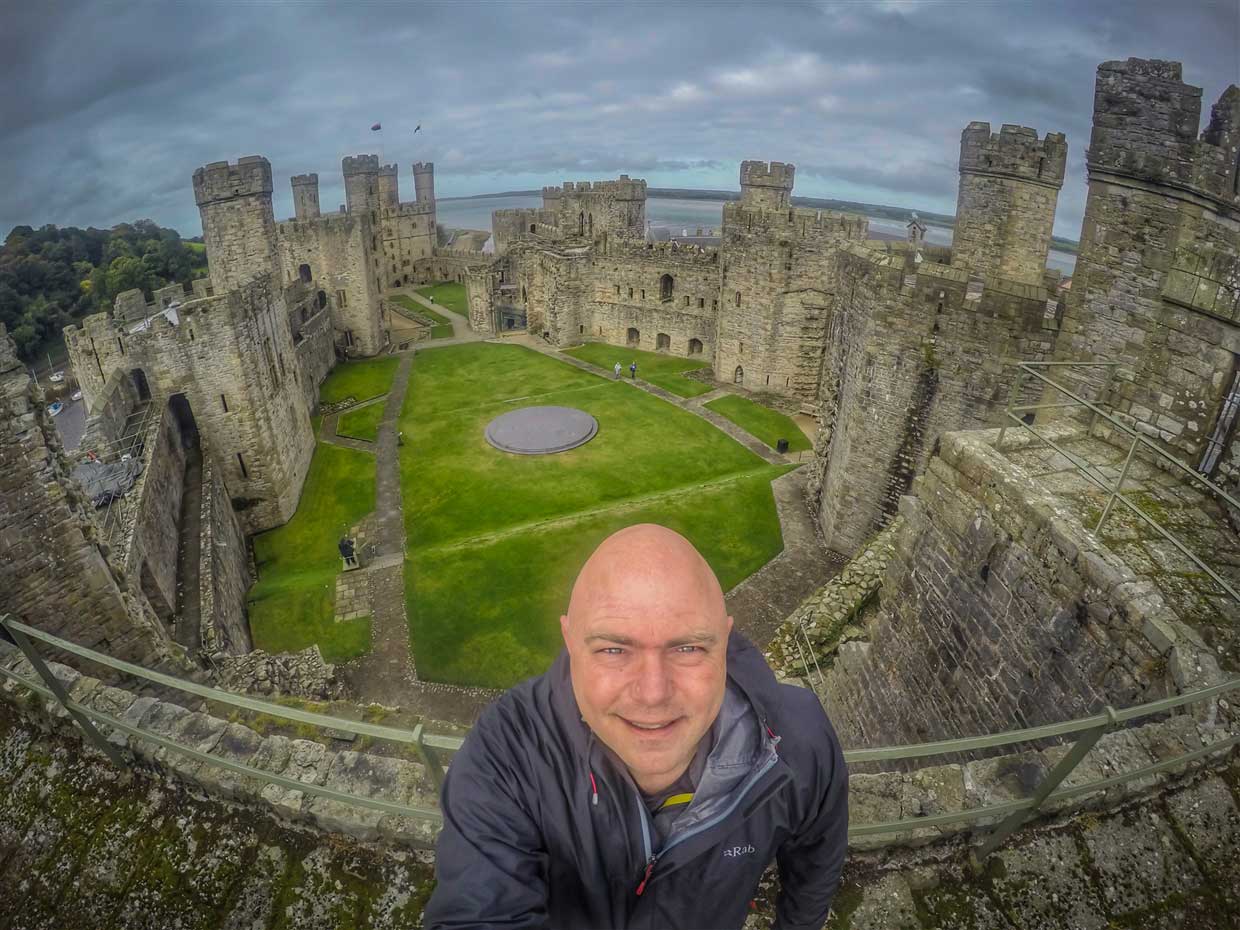 The design has been attributed to a few reasons of thought. The most common thought is it was to amplify the grandeur he felt was needed. Romanesque? Constantinople? This was to be a place fit for a King. 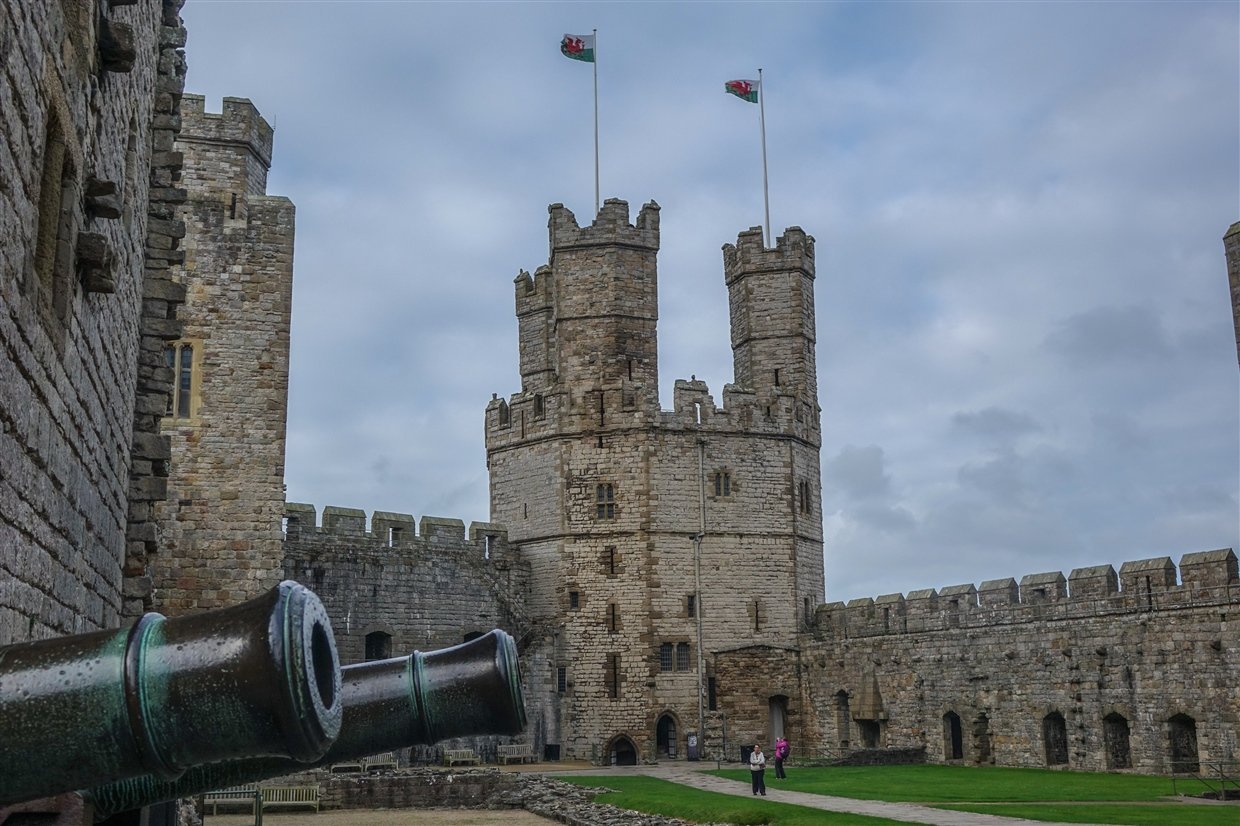 Apart from the occasional Welsh uprising and being used by the Royalists in the civil war the castle and walls are remarkably still quite grand, give or take a bit of renovation over the past hundred and odd years. The Tudors being Welsh in origin just left them to decay as castles became less needed. The foundations of inner buildings can be seen and you can still climb Eagle Tower for the top view over castle, town and the Menai Strait. In fact a walk along the walls gives a super view in any direction. 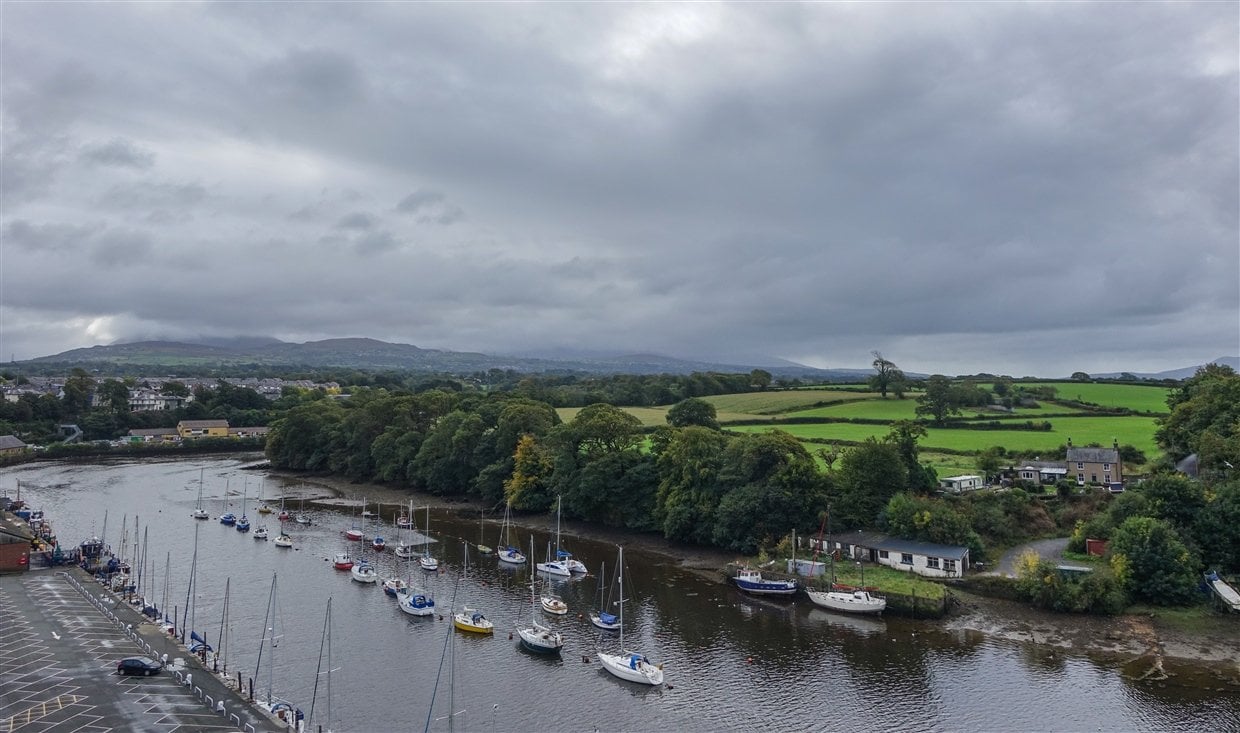 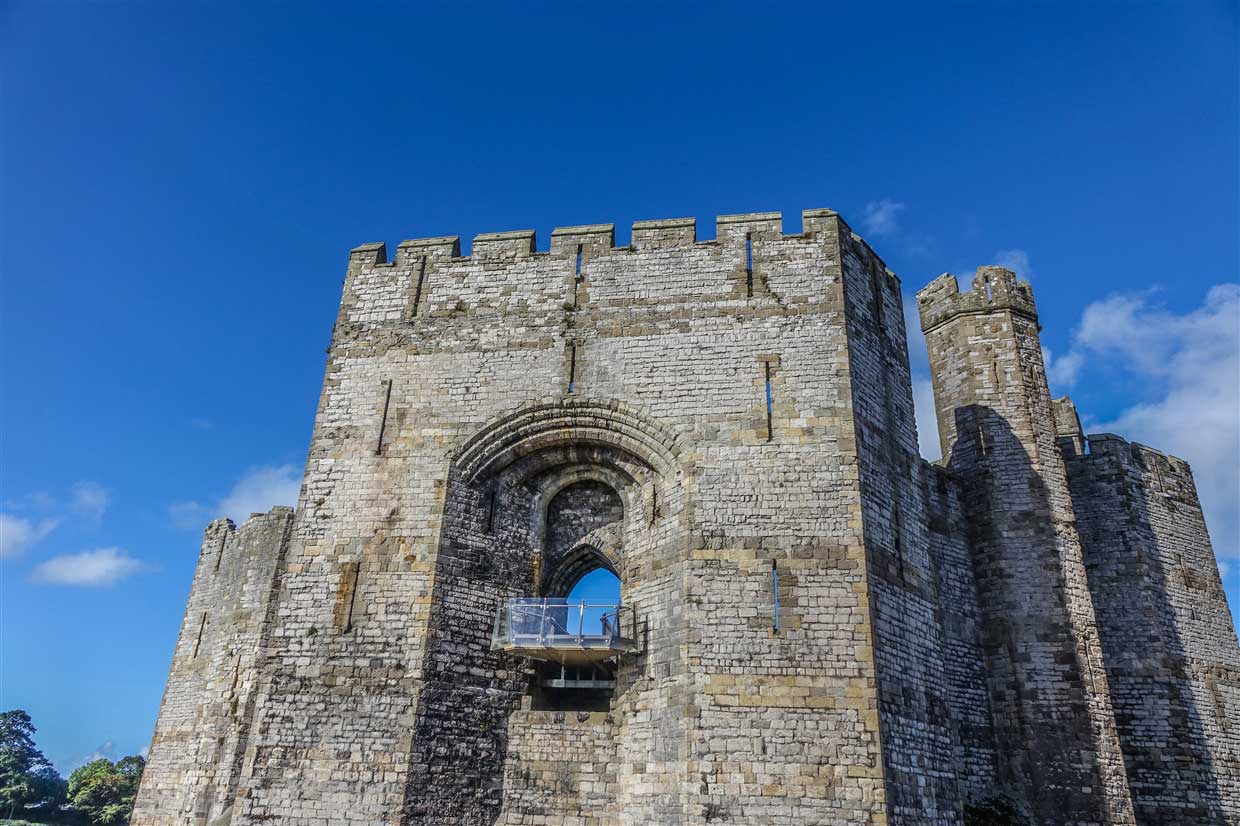 Another piece of history made here was the way the title ‘Prince of Wales’ worked. Edward I eldest son (Edward II) was said to have been born in the castle. He was thus the first given the title of Prince of Wales. Edward I had famously said beforehand as a promise to the Welsh that he would give them a Prince that did not speak English. Is that just a legend? Or was it Edward having a coy joke as most noblemen spoke French anyway at that time? Every eldest son of a monarch ever since has been given the title. 1911 was the first time the investiture ceremony took place there though with Prince Edward (later Edward VIII). The ceremony for the current incumbent, Prince Charles, took place here in 1969. 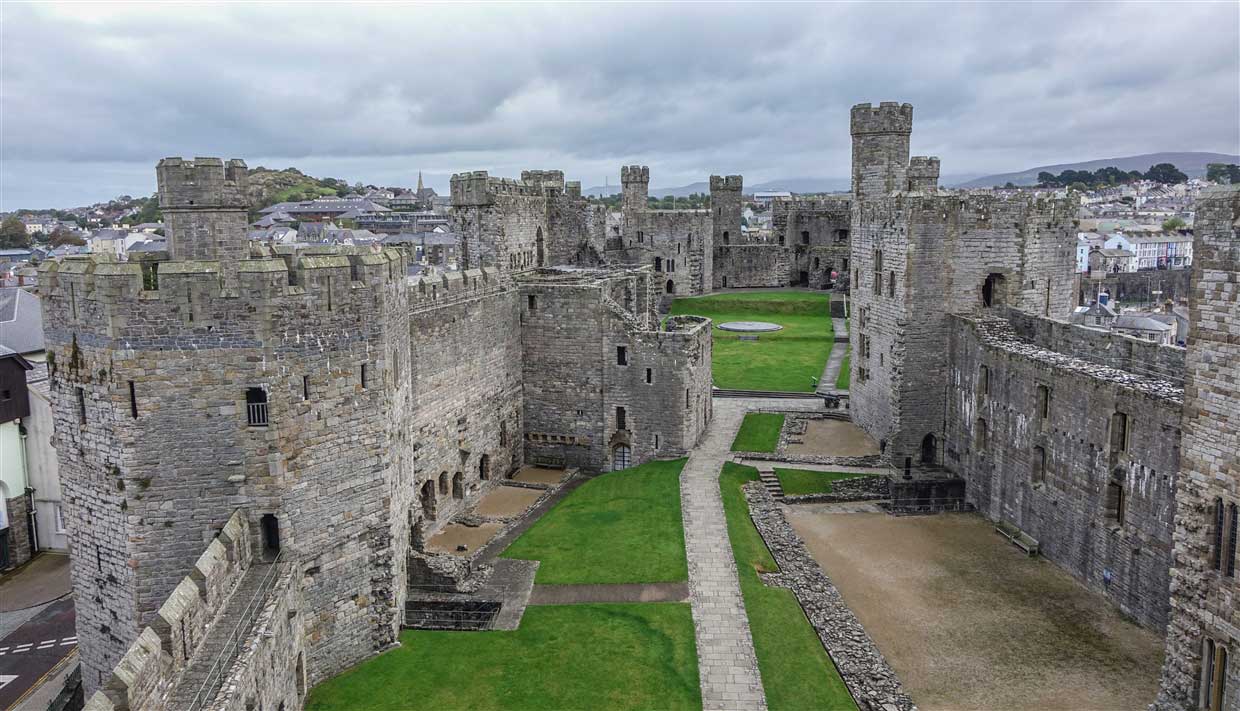 Caernarfon Castle is a place that to explore fully you need to allow time for. The towers to be explored, together with the views. The grounds, foundations and walls to be walked and learnt from. There is much to see within the towers and remnants too. Displays and renovations showing much of how life would look back in the time, from grand bedrooms to clothing of the period. 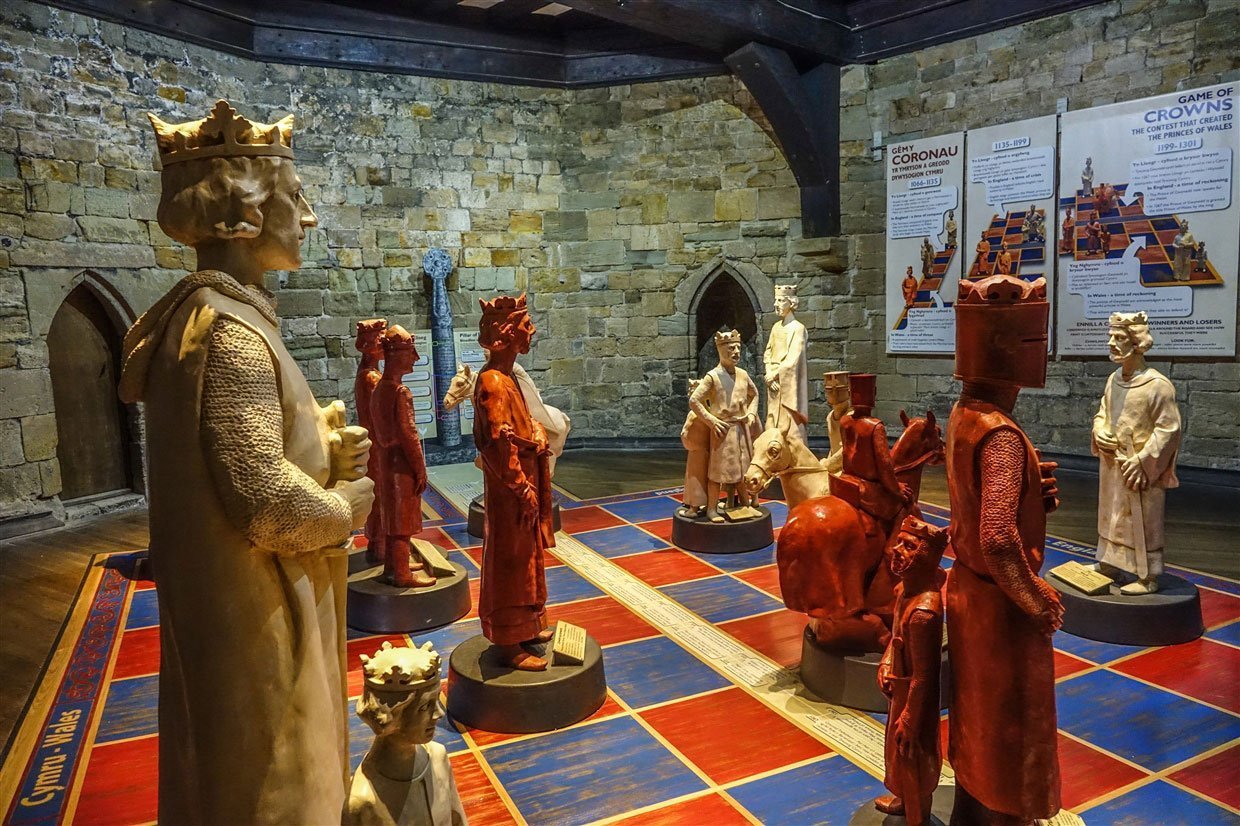 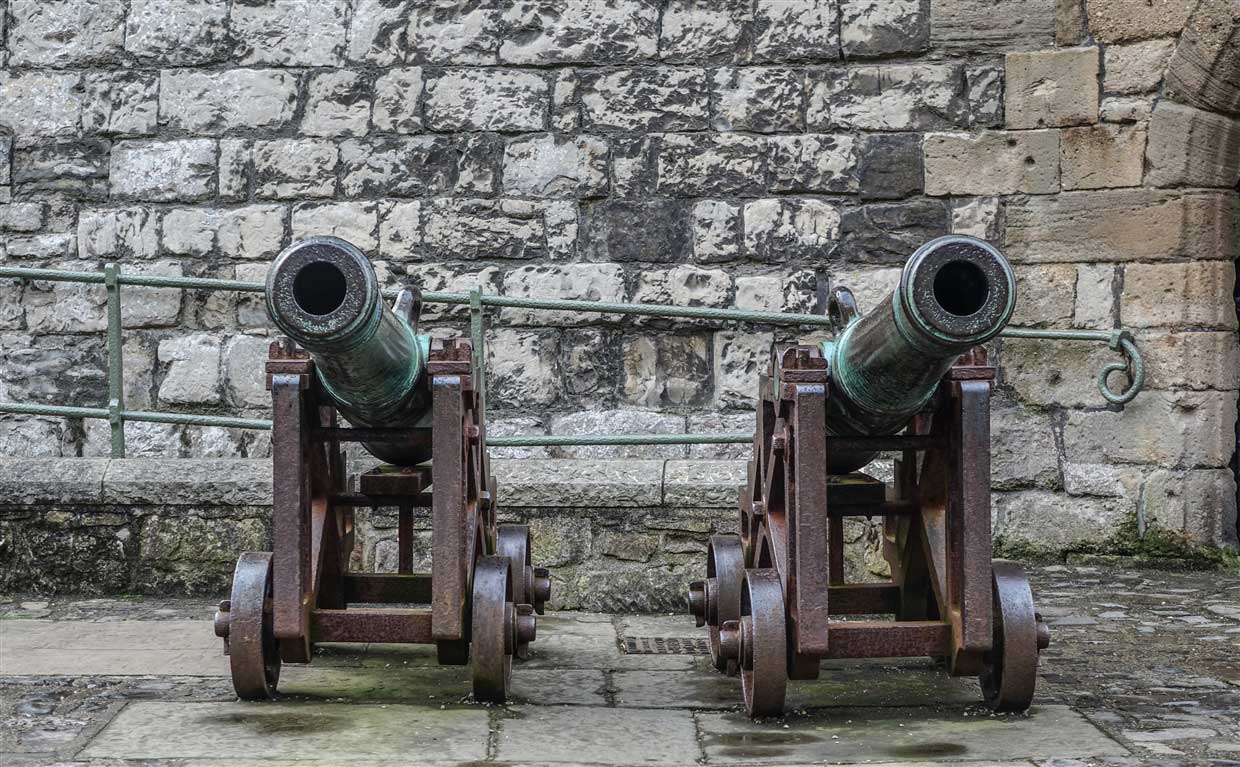 The castle is looked after by Cadw, who do a marvelous job of looking after tastefully the heritage and history of Wales. 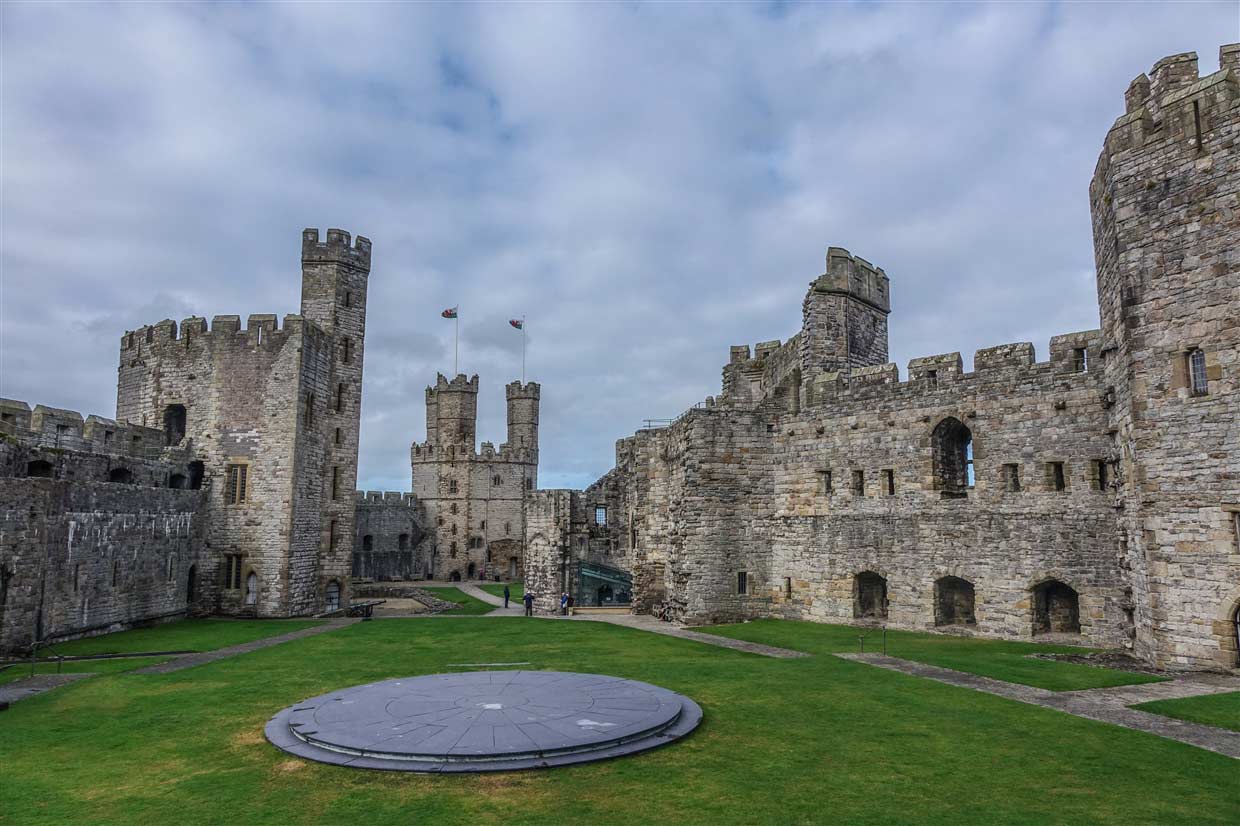