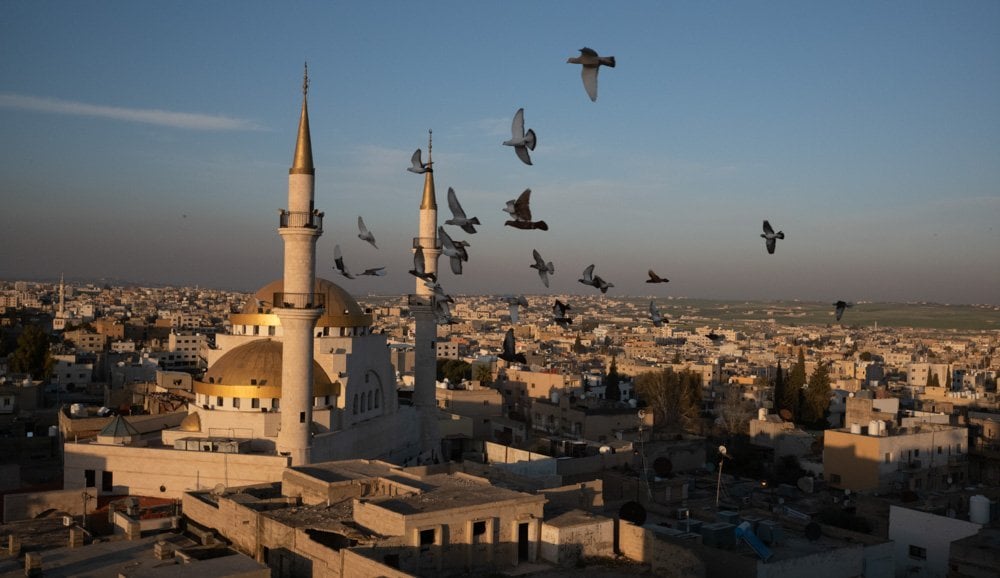 “Where are you going on holiday this year?” the dreaded question asked by most barbers or hairdressers.

If you’ve read any of my other blogs here on BaldHiker you’ll guess that I don’t always answer this conventionally for a UK National and say “Spain” or “Greece” (although I’ve been to both).  I’m sometimes able to catch the barber by surprise and say “The Gambia” or “Borneo” or even “Ecuador”. However, I’ve been quite surprised by the reaction to my latest answer “we’re going trekking in the Middle East”.  People, at least in Western Europe anyway, can tend to assume the whole of the Middle East is a no-go area – images of Iraq, Syria and the Israeli / Palestinian conflicts are streamed into our living rooms constantly and the perception given is the whole place is at war. So telling people you’re off trekking there can get an odd response!

Now I don’t want to, or mean to, play down that there are many, many issues across the wider Middle East Region and that the heartache and suffering of the people in some areas have been, and continue to be, horrific but in the next few blogs I just want to try and get across that the whole region is not in flames and the open and welcoming nature of the people, specially in Jordan, make it a beautiful, culturally rich place to visit with a long and fascinating history.

So lets start with a few facts about Jordan. It is situated on the East Bank of the Jordan River and is surrounded by Syria, Iraq, Saudi Arabia, Israel and the Palestinian West Bank.  It is land locked apart from the port of Aqaba on the Gulf of Arabia. Jordan has a population of around 10 million, around half of which live in and around the capital Amman.  There are around 2 million Palestinian Refugees and about the same amount of Syrian Refugees (although the Syria Border has recently reopened so some are returning home).

Humans have inhabited the land that is now Jordan since the Stone Age – and we saw evidence of this on our visit, mostly small microliths and sites of the copper and iron ore we saw on the walking trails we followed (more of that in later blogs).  Jordan has a long and complicated history from pre-history, through the Bronze Age, Nabataean, Roman and Ottoman periods. After the First World War it became a British Protectorate and, eventually, became independent in 1946.

My introduction to Jordan was a short stay in a lovely town called Madaba just south west of the capital Amman.  Madaba was to be the meeting place for our trekking party – a group of 20 odd friends and family from the UK and Australia I would be walking with – we’d arranged to meet up in Madaba and have a day wandering about to acclimatize ourselves before starting our trek.

Madaba is particularly renown for it’s Byzantine period mosaics – rediscovered when the town was recolonised by Arab Christian families in the 1880s after a period of being abandoned – these include the oldest know map of the Holy Land and wider area.  The map is made up of around two million small tile pieces and is now the floor of the Basilica of St George –as it was rebuilt over the mosaics after they were re-discovered. Madaba still has a higher percentage of Christians than the rest of Jordan, which is 95% Muslim.

We only had two nights in Madaba but we found it to be an open, friendly town.  In particular, many of the shopkeepers would say “welcome” as you walked passed.  Now if this was a more touristy town this might just seen to be the opening gambit of a sales pitch for carpet or something but Madaba isn’t a massive tourist town and so when a man beckoned us in to his hardware/ herb shop – an unusual mix I grant you – we spent a good while passing the time of day and learning about each other – we were then joined by the shopkeepers friend with a full keffiyeh headdress.  They were kind enough to let me photograph them.

The highlight of our short visit was, however, was overlooking the main mosque listening to the sunset call for prayers as a group of racing pigeons circled the minarets – the golden glow on the minarets and the beauty of the call to prayers will stay with me for a long time.  What a welcome to the Middle East. Thank you Madaba. 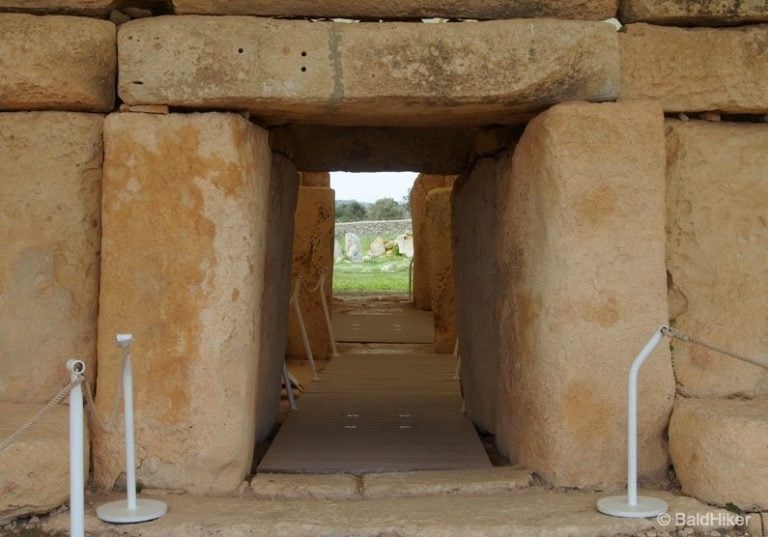 A stay in Malta would not have been complete without visiting at least one of the Megalithic Temples. On Malta there are 11 in total and some of them date back to a time way… 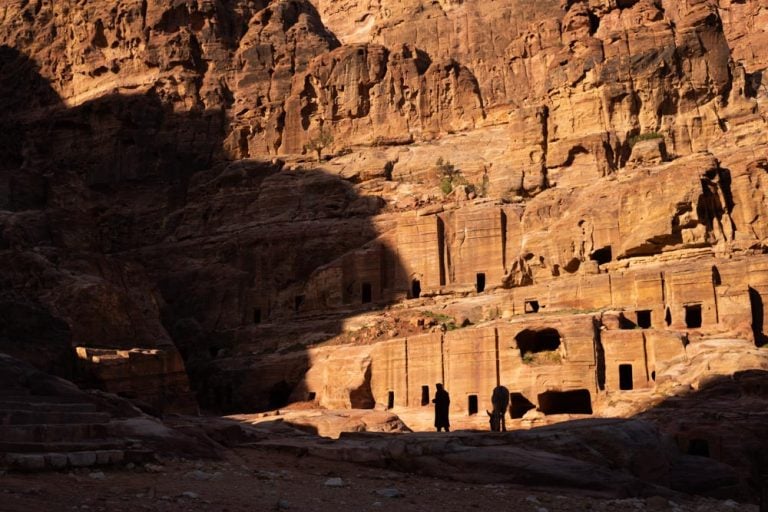 Where to start?  So much has been written about Petra its tricky to know what more can be said.  Everyone is familiar with the Indianan Jones movie of the arrival through the Siq and the… 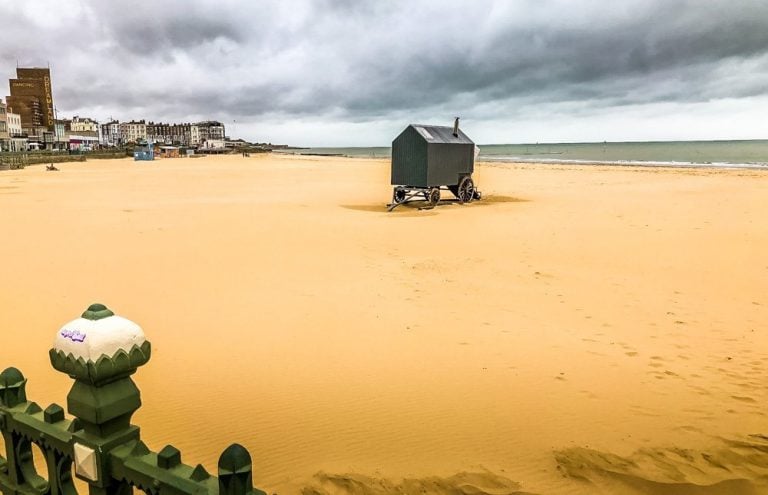 I’ve always loved Margate. It’s got lovely sandy beaches and a great shopping area. It’s great fun for a day out with the children or just to have a walk along the seafront. Margate is… 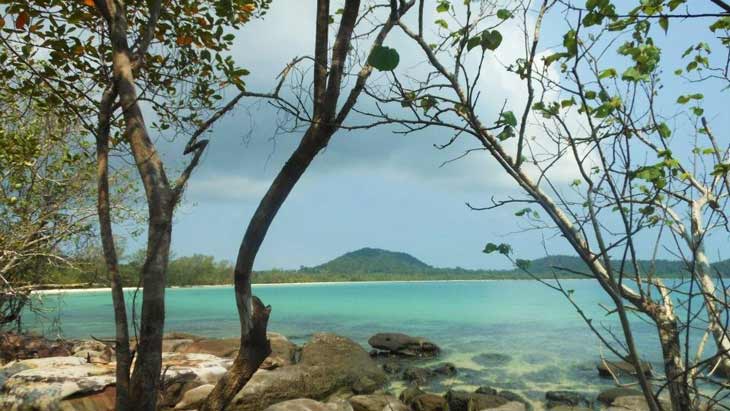 I have found Paradise. In Paradise toilets don’t flush, showers are a bucket of cold water, electricity only flows for a few hours a day and when I arrived in Paradise my bedroom only had… 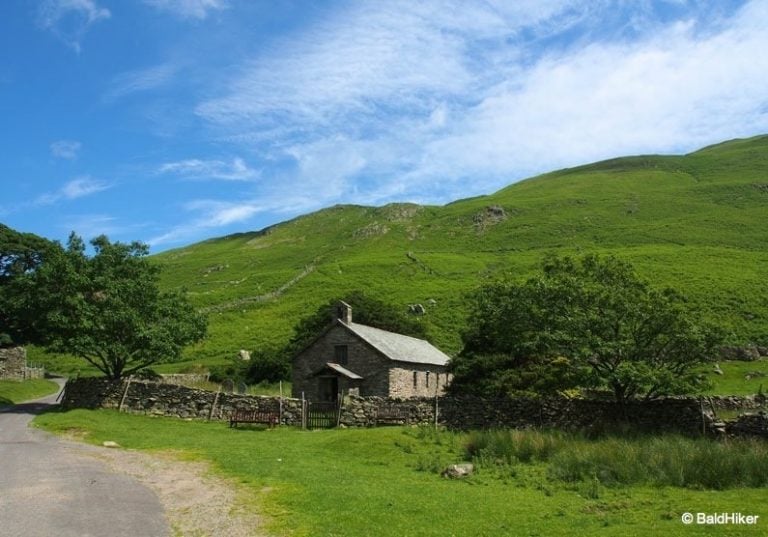 In a previous post I showed you a wonderful walk up Hallin Fell for stunning vistas over Ullswater. The road to this fell was the narrow road down the eastern side of the lake from… 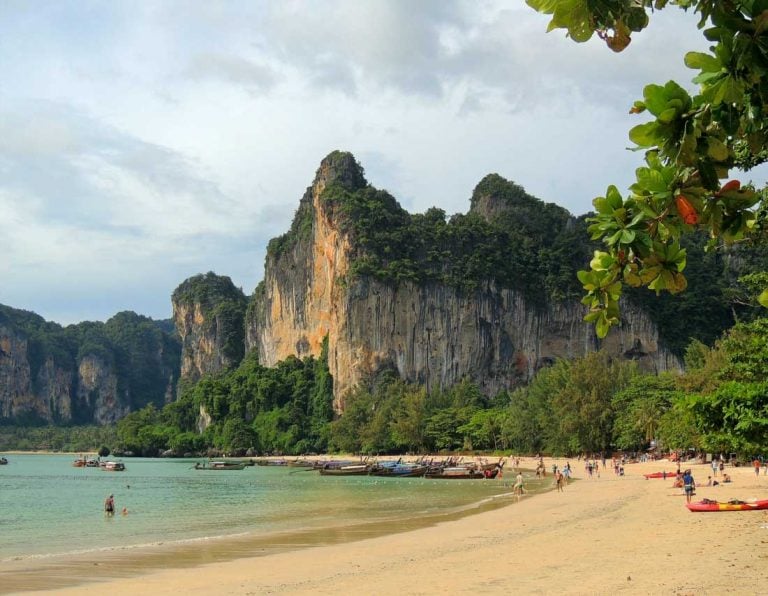 Once in a while you visit a place that just feels ‘special’ and Railay Beach in Krabi, Thailand is one of those special places. The beach itself is vast and sandy, set against a dramatic…