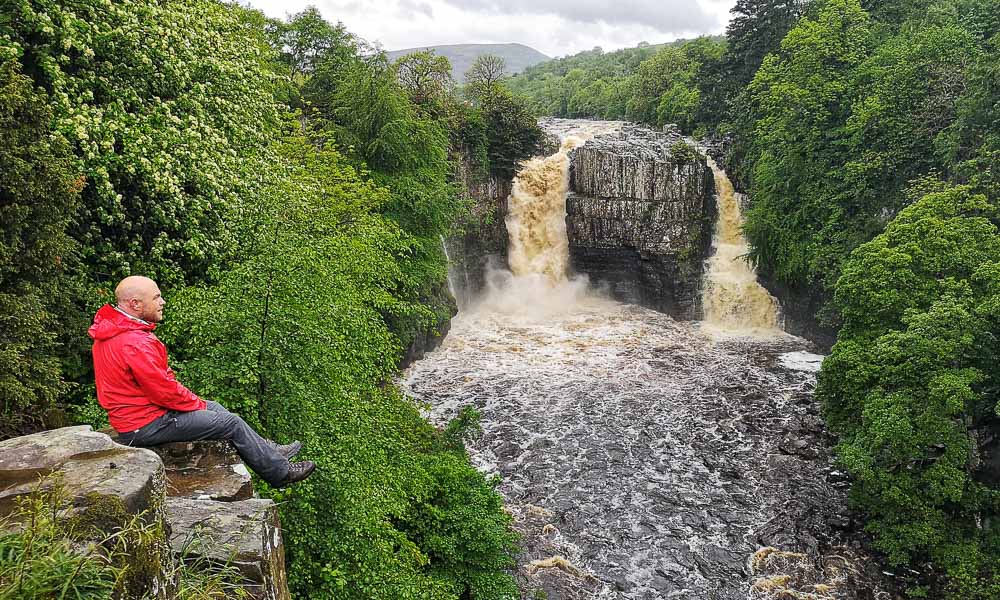 The UK is home to some wonderful waterfalls. Our history has led to some unique naming of them and the meanings of these names have been lost in time and etymology. As you travel from north to south of the country the prefixes and suffixes of these watery landmarks change. Sometimes it depends on civilisations that once inhabited the area or local dialect has twisted it over the centuries.

As with hills and mountains or lakes and meres etc I thought it would be good to take a deeper look at these names, how they came about and more of the why.

Ok, the name waterfall. You can count on one hand the list of waterfalls that use the term waterfall in their name. For example Blea Gill Waterfall, or Oakleymill Waterfall at Long Mynd.

In fact, in England especially, the name we would use waterfall has simply been shortened to falls.

A few waterfalls are officially named ‘Falls’ in the UK. But not as many as you would think. There are other suffixes etc that are much more common and the area of the UK and etymology starts to play its part. One frequently visited by many is Lodore Falls near Keswick.

The most common name for a waterfall is Force. This is often mistakenly thought by some to have come from describing the torrent of water cascading down. Think of High Force for example or Hardraw Force. Plus Aira Force in the Lake District. These are a couple of biggest waterfalls and as they are visited by so many people the word force can easily and accidentally be associated with a more powerful falls.

However, the name Force comes from the time of the Vikings and their word for waterfall, Foss. That is why a lot of waterfalls called Foss and Force are found in the north of England.

You still find a lot of falls called Foss for example Janet’s Foss on the Malham Circular Walk.

Foss just became Force in a lot of places over time and centuries.

This is not to be confused with the Latin word, Fossa. This old Roman word means, ditch or trench and is the probable cause of the name of the River Foss that flows through York.

There are waterfalls that go by the names Spout and Snout. Some more famous ones being Cauldron Snout high on the River Tees. Or Cautley Spout in the Howgills. This comes from a very old middle english general term meaning something that looks like an animal’s nose in feature. Think Germanic and the dog breed Schnauzer. That is why some hills and land features without water are called the same. Think of the Giant’s Causeway and the iconic backdrop of Aird Snout.

Like Force and Foss, time has separated two words from one.

More concentrated in the Scoland, The Borders and Northumberland you see Linn used as a suffix for waterfalls. This word is lot more complicated in history but time has again simplified it to what we know as falls.

In Scottish Gaelic it comes from Linne meaning waterfall off the edge of a cliff. But also with a meaning of a small body of water bigger than a pond. This may be an old name given to actually the wide area of water beneath the falls originally.

The Irish word Linn and Welsh Llyn all gets involved too. So a cascade waterfall called Linn could well have started out centuries ago with that being the name of ‘one’ of the drops.

Of course, Many of these are Englishisms and mixes. In Scotland the gaelic word Eas is used commonly for a waterfall. And often instead of falls coming after it come before as in Falls of Falloch.

Welsh for waterfall is rhaeadr but just like in English, other quirks come in like snout. So you will see variations like pistyll (spring) and sgwd (fall) and ffrwd (stream).

I could go deeper and deeper into really minor quirks here but just wanted to write out some of the more common names for waterfalls that you may come across as you wander. I have written here on the site about many waterfalls and I am sure I will write about many more to come. Happy wandering!