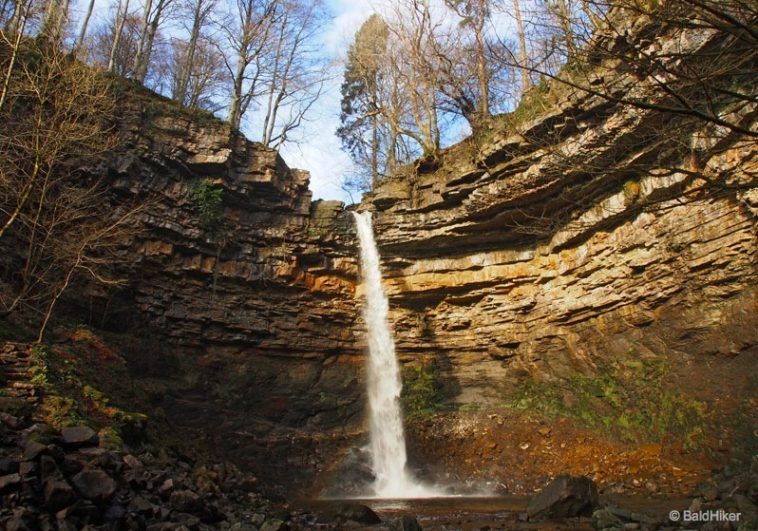 In the heart of Wensleydale, behind the Hamlet of Hardraw, is the gem of a waterfall by the name of Hardraw Force. At just under 100 feet off an overhang it is England’s highest, unbroken, single drop waterfall.. I must add (above ground). Not too far away, by Ingleborough, there is the underground pothole of Gaping Gill that has a waterfall crashing 300 feet down into its cavern. Hardraw Force is complimented by its enclosed surroundings and makes it one of the must sees when in the area of Hawes. Not much walking needed at all with the unique way of entering, as I shall show here. 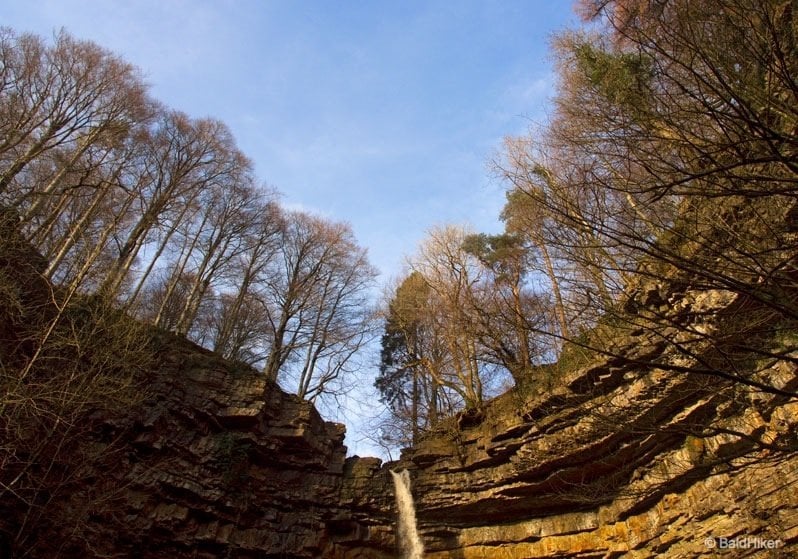 Upon entering the pretty and small Hamlet of Hardraw, don’t expect a car park with a gate and path leading off somewhere. look for the Green Dragon Pub. Yes, the waterfall is privately owned and you go through the front door of the pub, and out the back door to get to the falls. Current cost to see Hardraw Force (2014) is £2.50 adults, £1.50 children. 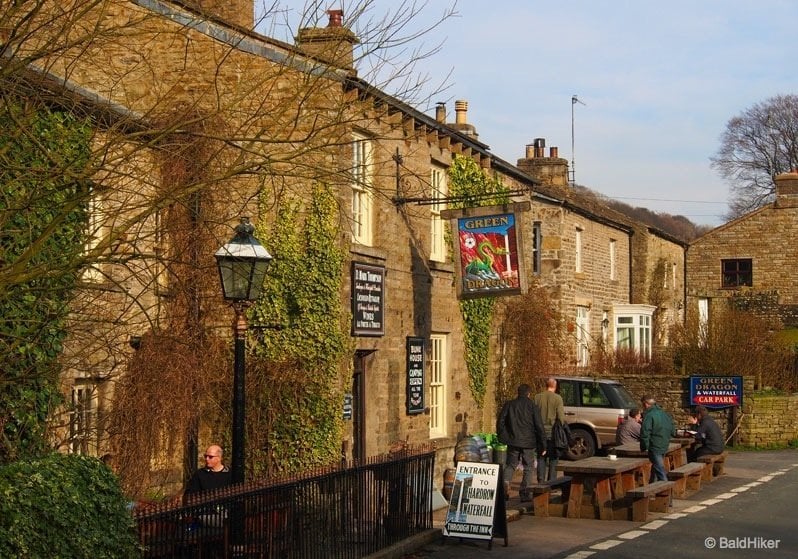 From there you walk just a couple of hundred metres or so beside the river, into the gorge that ends were the water falls dramatically. If you have never been, yet the falls look familiar, then maybe you recall the scene in ‘Robin Hood Prince of Thieves’, where Kevin Costner’s Robin takes a waterfall shower. Well that was Hardraw Force. I seem to be accidentally following that film’s locations around after the other week at Hadrian’s Wall and the tree. Yet I am still nowhere near Nottingham 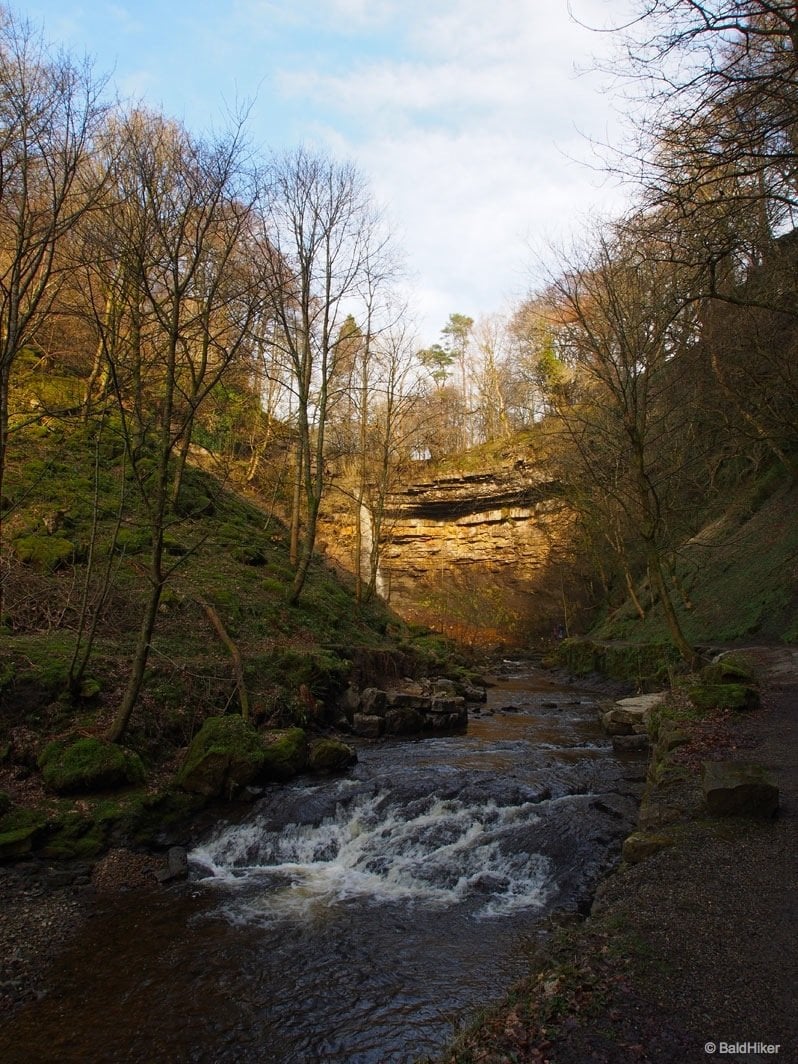 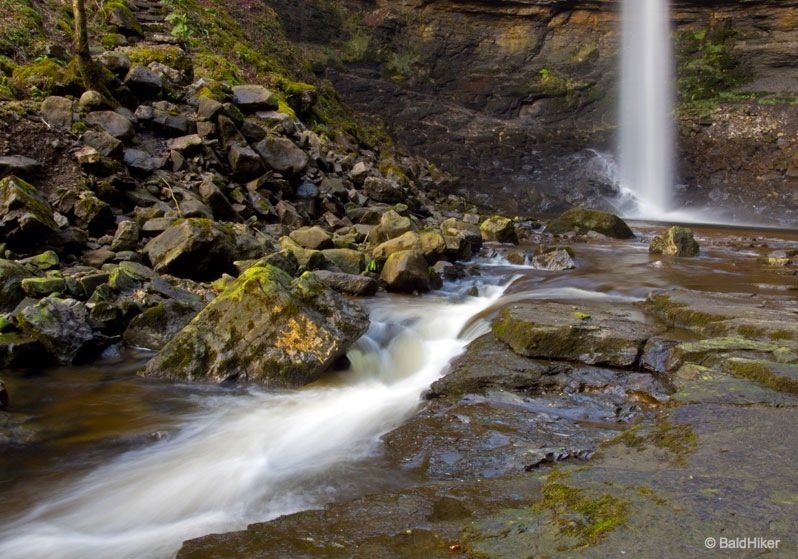 Looking behind the water you can see in the rock, the steps that have taken millions of years to create some of the dramatic, and beautiful scenery of the Yorkshire Dales. Ancient layers of shale, sandstone and limestone that together with sea ages and the last ice age, has left the limestone overhang with the river dropping straight down into the earths scar you have just walked along. 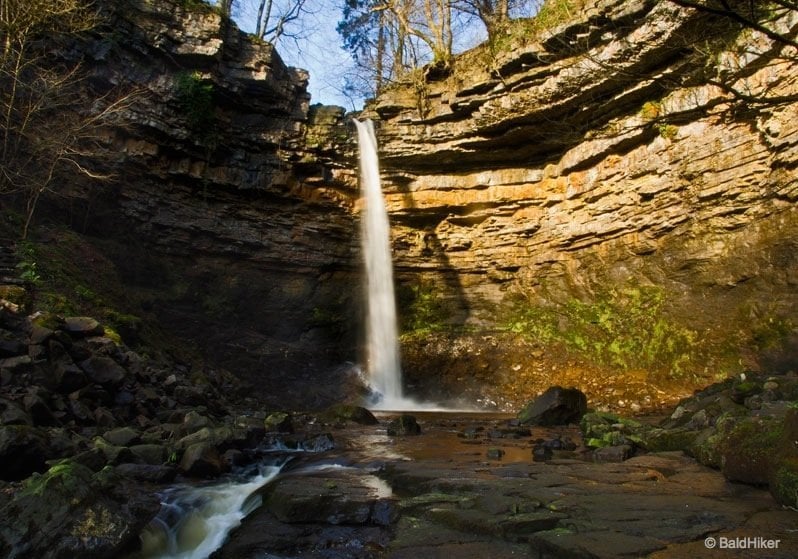 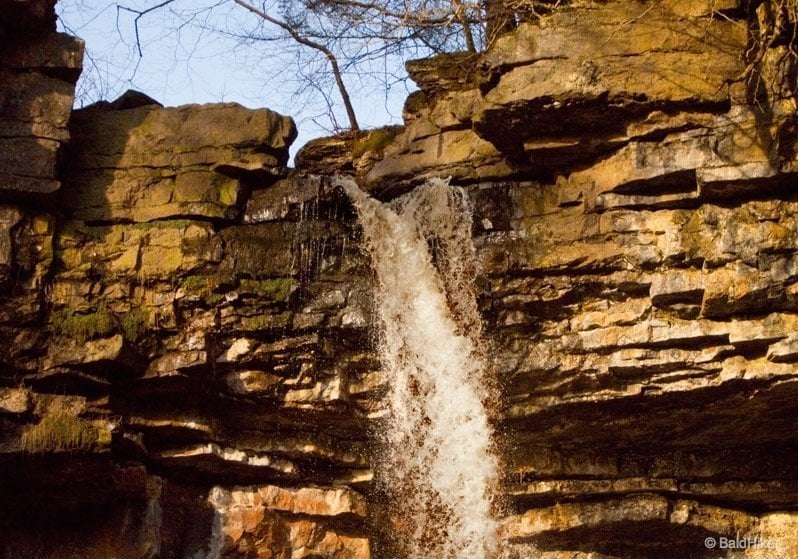 I have a close affinity with this area. My family tree is entrenched in Hawes and the surrounding hamlets like Gayle. As a young child my father would often bring us to see relatives or to see the sights. Hardraw Force is one of them of course. A place I oft return to now as a (ahem) much older fellow. When quiet and out of holiday season it can be a wondrous spot to sit, marvel and quietly enjoy whilst you think. 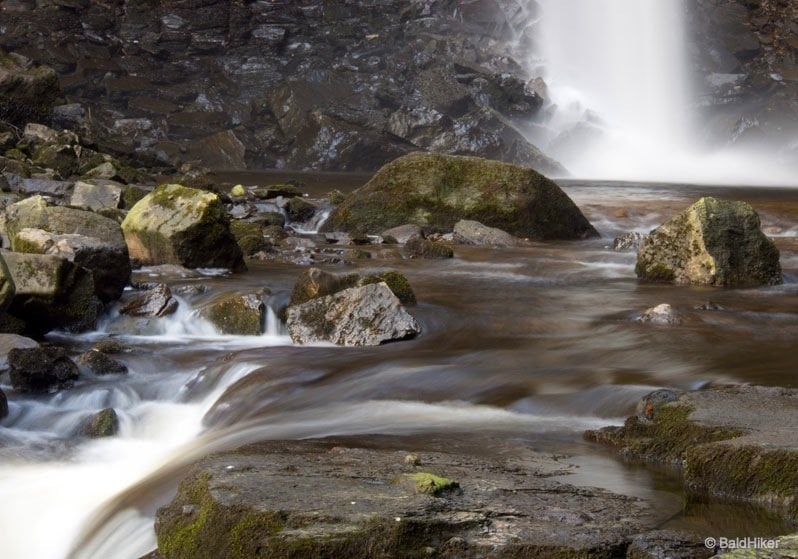 When in Hardraw it doesn’t have to be a stop, see and go thing either. It is such a quaint place to stroll around or to enjoy a picnic by the river. 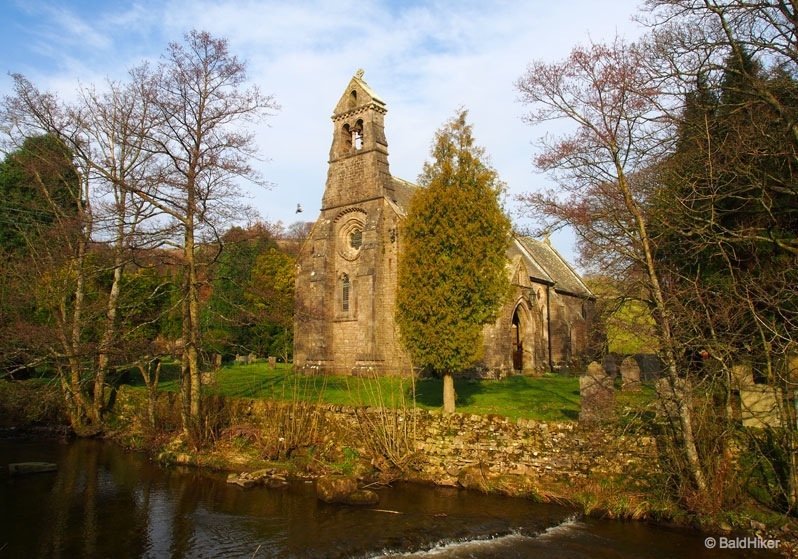 As well as the pub and falls there is for instance there is the riverside church, the tea rooms, lovely cottages to wander by and of course the great open Wensleydale countryside. If you want to make a wee walk of it then the Pennine Way passes right through Hardraw from Hawes direction. A great 4-5 mile round trip. 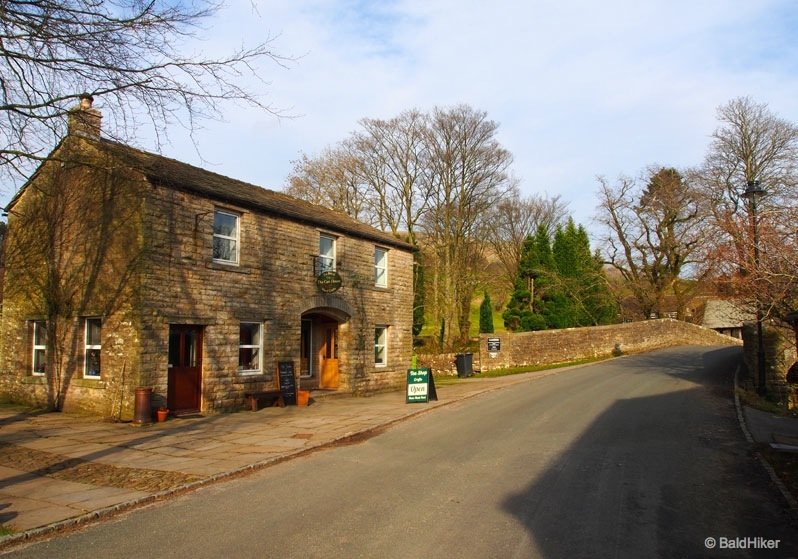 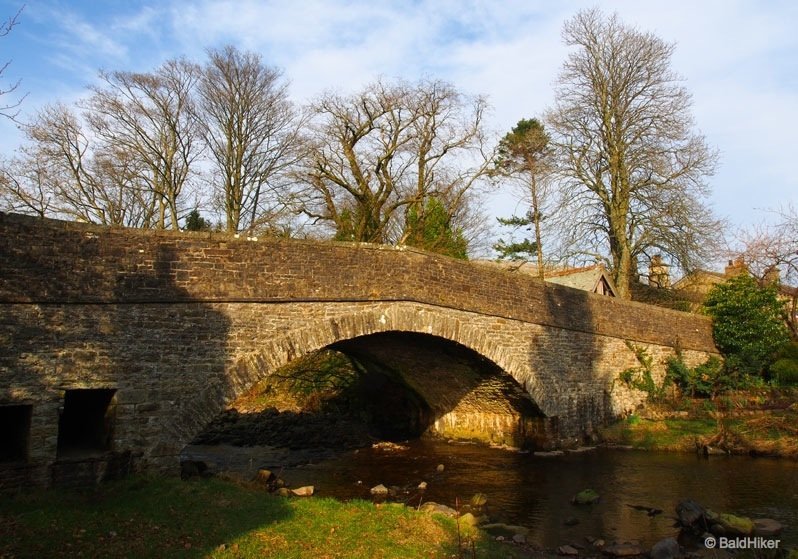 This whole Wensleydale area that recalls my youth, with so many things to see and do, I shall be making a few trips back here over coming posts and time.