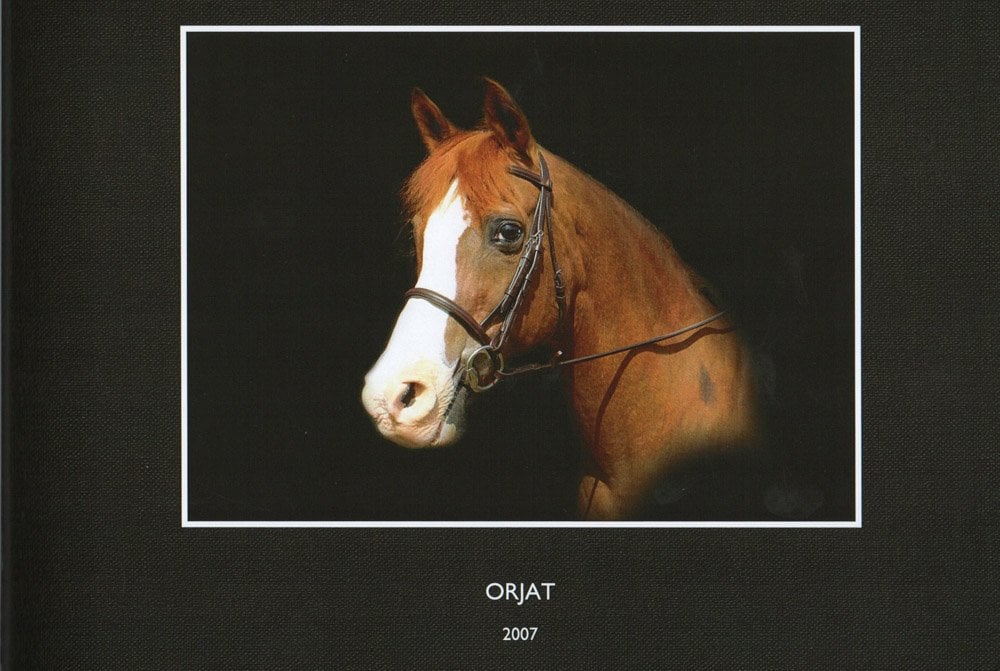 As all animal lovers and pet owners know, the bond between animal and human can be astonishing. This true story regarding my mother and her horse is complete and utter proof of just how trust can make two become one.

Like lots of young girls, my mother Marylou was horse mad.  She would spend all her spare time at the stables and horse riding when she was not at school.  She had a close family and lived with her parents, brother and her aunt.

At the age of 19, my mother pursued a career in social work and trained to work for the blind. Little was she to know that fate had already intervened in her life.

Sadly, her own mother died of cancer at just 58 years old leaving my mother completely and inconsolably  distraught and depressed. Although Marylou was married and had 2 children (my sister and me) nothing could fill that void in her life.  To give her something else to focus on, my father surprised her with his offer to buy her a horse of her own.  It was something my grandmother had always encouraged and, therefore, he felt it would be something she would have approved of.

One day when she saw a beautiful chestnut head with a white blaze down its nose, flaring nostrils and the brightest of diamond eyes blinking at her over the head of a stable door, it was love at first sight.  This horse was a pure Arab gelding called Orjat and he  was 4 years old.  His father was a well known racing horse called Banat and his mother was a stunning mare named Orjeela (thus his name, Orjat.) My mother felt an immediate affiliation with him as she herself was named after her grandparents called Mary and Lewis.

Orjat arrived at her local stables (Suzanne’s Riding Stable in Harrow Weald, Middlesex), and it relit the fire inside Marylou.  He was so full of fun, exuberance and adventure.  He found it hard to keep his feet on the ground and would prance around to show off by doing an excited buck or rear every few strides.  He revelled in an audience and his sweet nature meant he loved people and people loved him.

My mother tried entering him at shows but he wouldn’t stand still long enough and just wanted to have fun. She therefore wisely decided not to change his character and to let him be himself, so she gave up on that idea!

My sister and I both rode him, which must have entertained him greatly.  When either of us were on his back, his brakes didn’t seem to work and he literally took us for a ride (several times round the field until he wore himself out), but he never bucked us off and always kept us safe.

Marylou and Orjat became so much part of stable life that my mother started working there as a riding instructor, teaching blind children how to ride and using Orjat as her horse to accompany hacks out for the adults.  Orjat would know when to be calmer if there were nervous riders or when he needed to be ‘on duty’.

He saved my mother one day when they were out riding as he suddenly turned around and galloped in the other direction.  A few seconds later, a huge branch came crashing down which would have landed on them.  He also protected me when I was little. I’d wandered into a field where he was grazing and a group of horses came galloping towards me.  He instinctively galloped past them and stood sideways in front of me acting as a buffer, so  the other horses were forced to stop.  My mother was running towards me but would never have got there in time. Orjat saved our lives.

Orjat was so highly spirted that he refused to just walk into his horse box.  He would charge in, at a what felt like a million miles per hour, forcing people to hold their breath in fear that he might hit the door or back wall.  He would also jump over jumps or trotting poles much higher than he needed to, which always kept my mother on her toes.

One day, he was in a field and ran into barbed wire, panicked and tangled himself up.  It was not a pretty sight as he had ripped open his chest.  It was at this point that the vet suggested that maybe he hadn’t seen the wire and sent him to be checked at the Veterinary College in Newmarket. It was here that they worked out that he was totally blind. My stunned mother was in  complete shock. Just then, her horsebox driver (a stable friend) said to her “it won’t make any difference, you’ll carry on the just the same”.  And that she did.

To limit the danger, she rode in him in safer environments, mainly in familiar fields and arenas.  She instinctively would use her whip to touch fences and surrounding areas so he could hear and sense where things were. He understood her use of language and she would tell him “up” and “down” etc.

The years passed by and my grandfather (her father) became extremely ill with Alzheimer’s and my wonderful great aunt, Shirley,  was his full-time carer. On top of this, Suzanne’s Riding Stable was to shut down.  This horrendous situation meant that Orjat would either need to be rehoused (not easy for his condition) or would have to be put down.

With a sense of dread, my mother had to see if she could find a suitable yard for him before making the decision.  Places either were not suitable for a blind horse or the yard owners did not want the responsibility of having him there.  However, there was one called South Medburn Farm, 6 miles away who welcomed him with open arms and even offered to widen his stable by making double doors and putting carpet inside the door for padding – it was perfect.  But how would he get there?  He would no longer travel in a driven horse box  and yet he was a risk to others if he was ridden on the roads.

One sleepless night, my mother sent a letter to Ember Court, which was a large training centre for police horses, explaining her situation and to ask for a police escort. This request got passed to the Hammersmith Mounted Police who were delighted to help. They would send two mounted police to escort her and control the traffic.  After many phone calls to plan logistics, a friendship blossomed between my mother and the Inspector’s PA.  It was agreed that on Sunday 4th April 2003, they would undertake this ‘Amazing Journey’. The local media were covering it as a story.

That morning my mother arrived suited and booted, looking beautiful.  Family and friends gathered at all parts of the journey to wave her on and the mounted police were fantastic.  Orjat, who sensed the importance of the occasion, greeted them with a friendly whinny. Unbeknown to him, the vet was on standby to put him down should anything happen along the way.

In preparation for the journey, my mother had spent hours planning the route, making herself aware of every raised bump on the road, potholes and also a bridge that she would have to ride under which would distort the sounds Orjat would hear. She would warn him as they approached any of these hazards.

With his nostrils flaring, head held high to sniff the air and tail swishing about frenziedly, he pranced down the road flanked by the two police horses.  The police, Alex and Russell, were superb with him and when the traffic started piling up down the A41 (reported on the radio traffic news) a lorry driver called out “What’s going on?”   Alex replied to him, “it’s Princess Marylou of Denmark” and allowed Orjat to continue his journey.  Sadly, my grandfather was too weak to come out of his house when they passed there, but my great aunt Shirley managed a quick cheer!

Finally, they arrived at South Medburn Farm.  Orjat was sweating and exhausted and my mother had to then get him into his new box.   No easy feat!  She went into the box first, tapping walls and making him spatially aware. After 20 minutes he managed to get in unscathed.

He calmed down and began to adjust to his new surroundings.

The very next day, my grandfather passed away.  He had somehow clung on to make sure Marylou had got Orjat there without disastrous consequences.

Between the grief of losing her father and getting Orjat to acclimatise to his new home, it was a full-time job.

In fact, Orjat spent another 3 and a half incredibly happy years there.  His old friends came to see him and he made plenty of new friends from the yard.  Even the Inspector’s PA even came to visit him, bringing him lots of treats.

One day, my mother arrived to find Orjat lame and in pain.  The vet was called and he was diagnosed with severe Laminitis related to Cushings disease.  He was suffering and it was time.  My mother led him to his favourite field and showed him the last act of love that she could  – putting him to rest. His amazing journey had ended.

She’d had 25 wonderful years with him.  Orjat and Marylou had saved each other more than anyone could realise.

The mounted police announced they were to name a newly trained horse after him, in memory.

As a stable friend once said – “Orjat –  A Legend in his own Lifetime”.