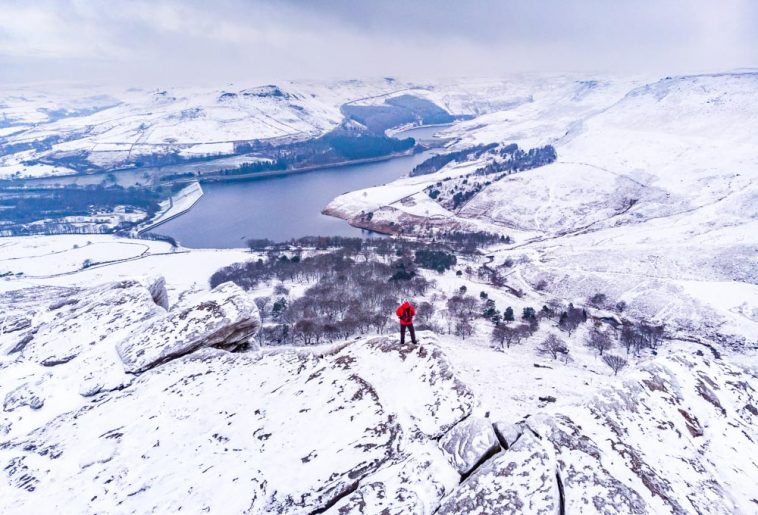 Dove Stone Reservoir and the hills surrounding is a magical place that for me holds many memories. Being from Oldham it is where I cut my hiking teeth so to say, taken on wanders galore around here by my parents when I was young. 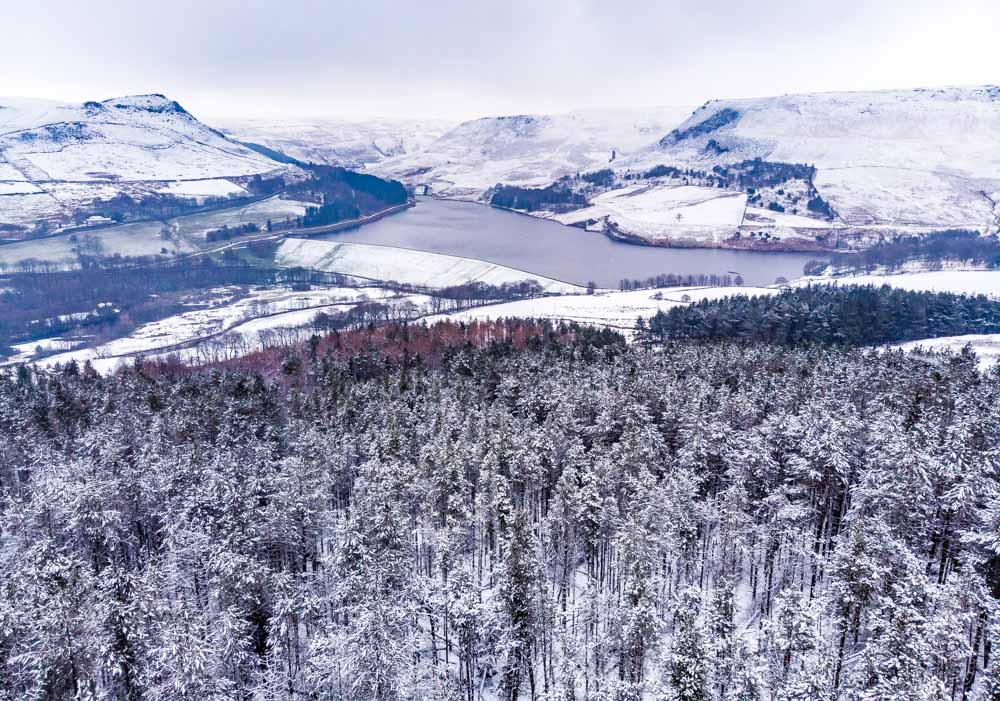 I had half a day free in a busy week, it had been snowing, the air was fresh, so decided to point the car in this direction for a wander up on the snowy tops above the reservoir and a little beyond on Saddleworth Moor. I love me some escapism as you may know.

The tops of the moor where clean and white indeed. Perfect for a refreshing and hard work walk with a little workout too. 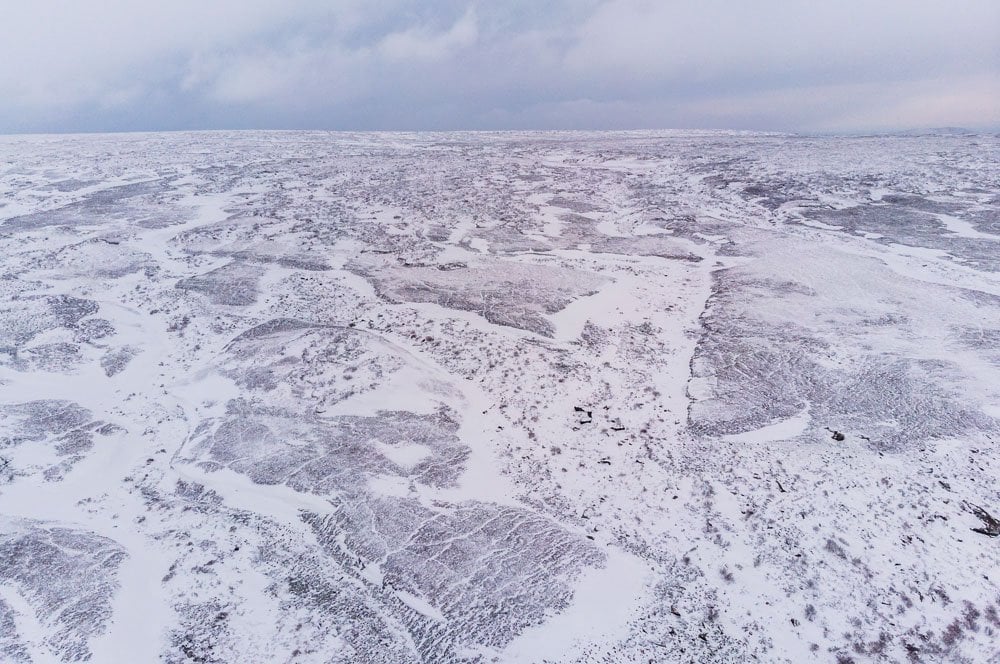 After parking up I looked around at the scene, even when I actually used to live here by Dove Stone Reservoir I could never get enough of the area. Every day was different, the joys of British weather and seasons.

I wanted a work out too, so I grabbed the ice axe and instead of the normal pathway to the top, I headed straight upwards. A heart and lungs workout. 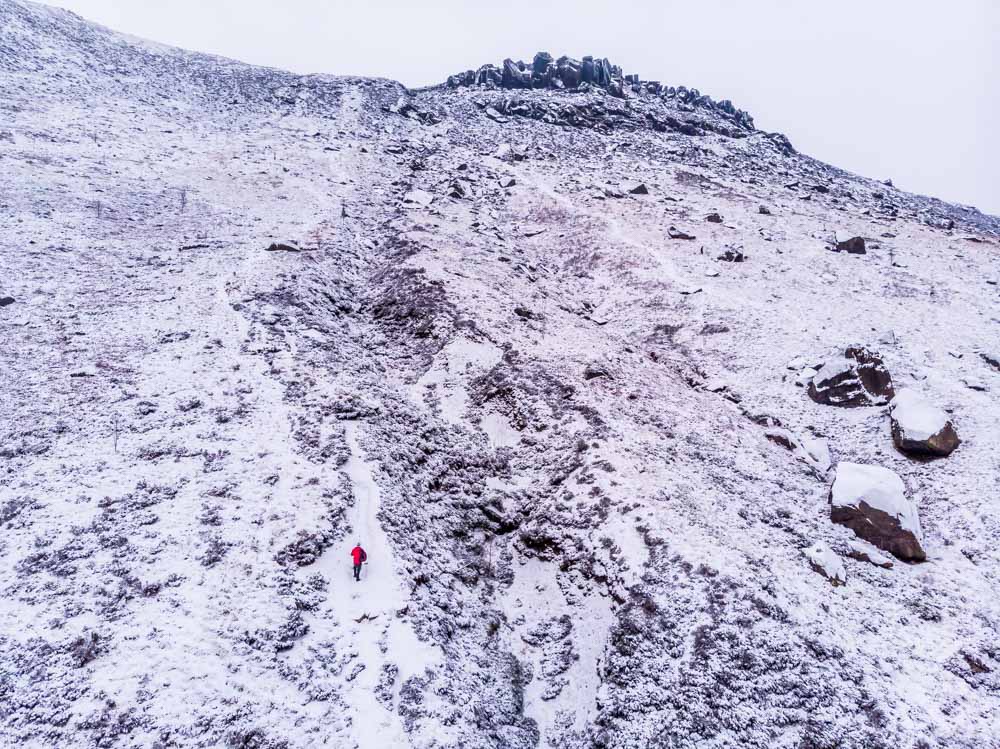 The rock formation I was heading straight up to is directly above Dove Stone Reservoir and is an iconic local landmark. Unmissable by the overhanging rocks in a row at the top, breaking up the hilly contours around.

The name of this hill top where the rocks are is Wimberry Rocks. Locally you will hear them affectionately called by the not very politically correct ‘Indian’s Head’. The way the line up in the overhang show a great clue as to why. I paused for a breath on the way up before the steeper slopes, and looked back to the reservoir. This was going to be a fun day! 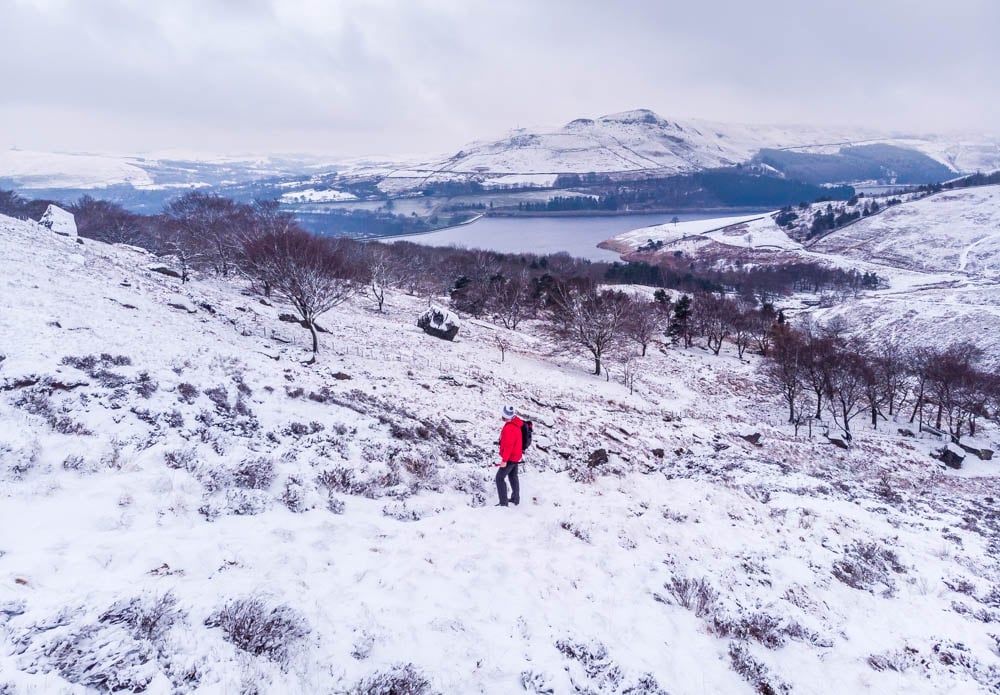 After pushing myself to get to the top without pause I had done enough of a blow out to enjoy the views from the top. A Winter wonderland. 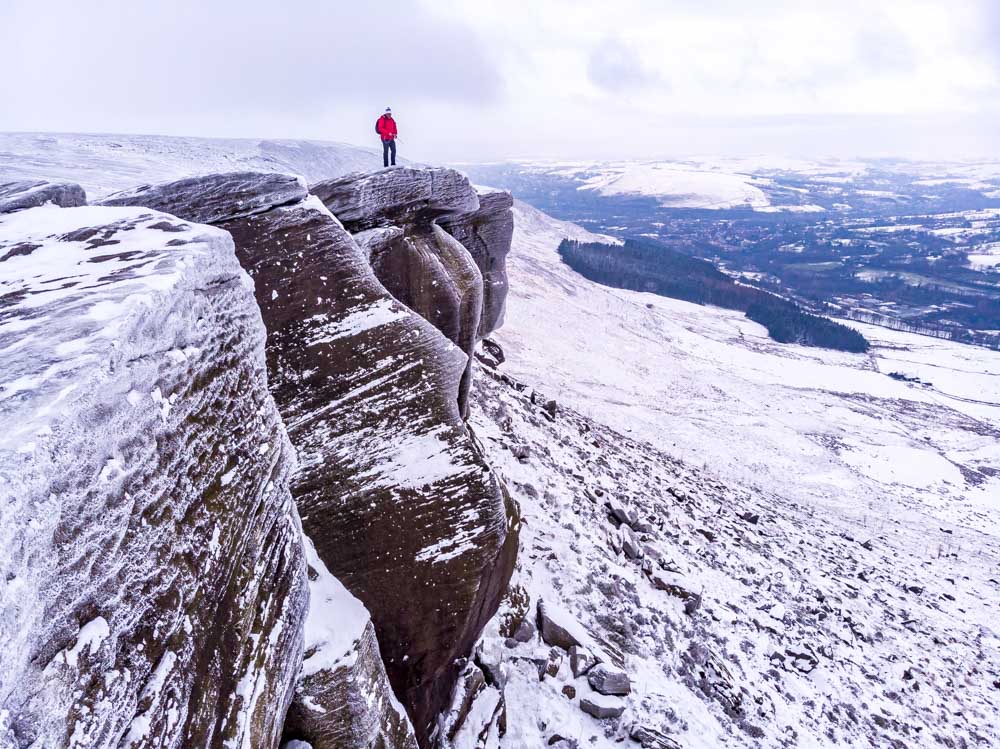 It was one of those lucky days that even though it was grey and snowy the clouds seemed to dissipate quite a bit as I climbed up so was rewarded for the little effort and time.

Being on the rocks I was reminded at how often I used to do this to clear my mind after a day in former years, slogging away in a corporate office. 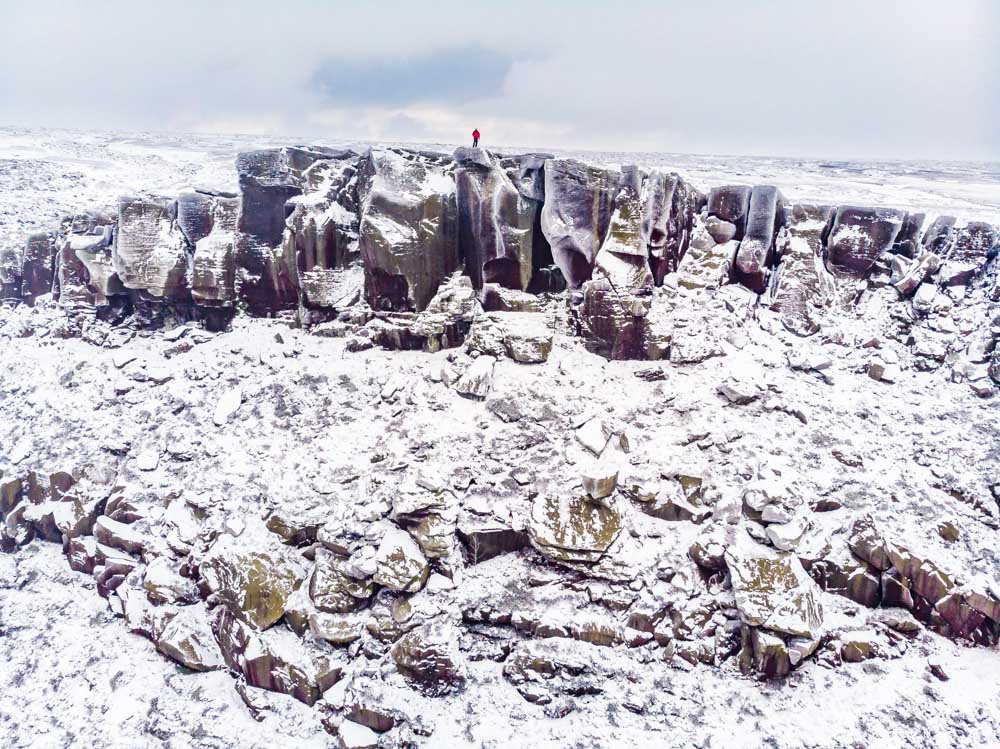 I still had plenty of time to enjoy the wintry walking so headed off the rocks and onto the moor. Knowing the area like the back of my hand helps me as it had drifted a new lot of snow. Absolutely no path visible, so local knowledge came to the fore. 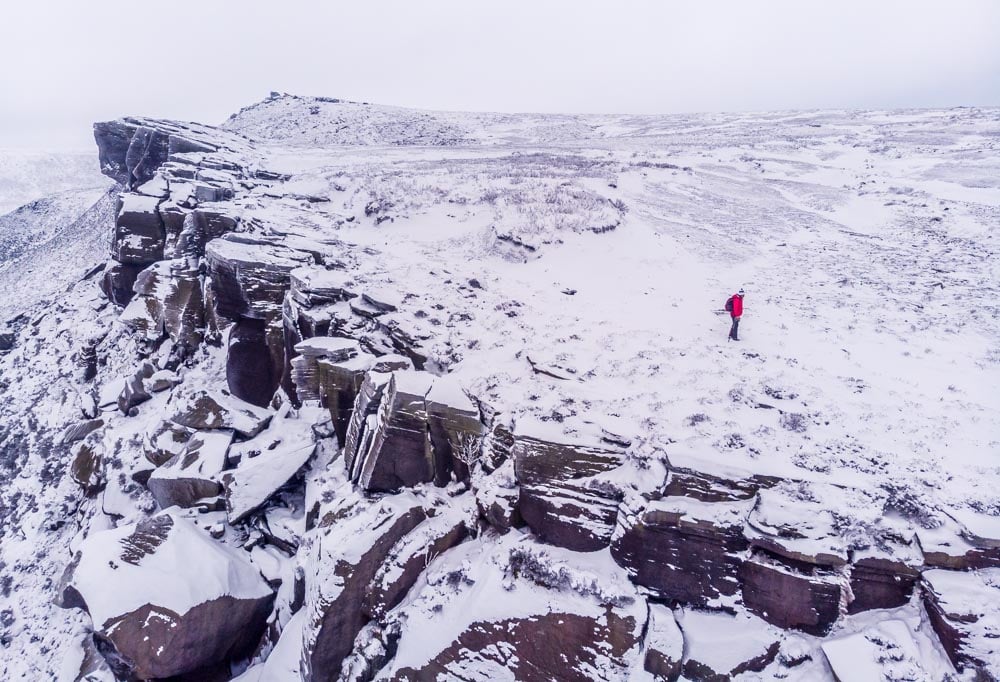 I saw no other person the whole time and there was not a single footprint around only the ones I left. Yep, escapism on the doorstep. Icicles running down off the granite rocks and a chill that kept you moving that’s for sure. 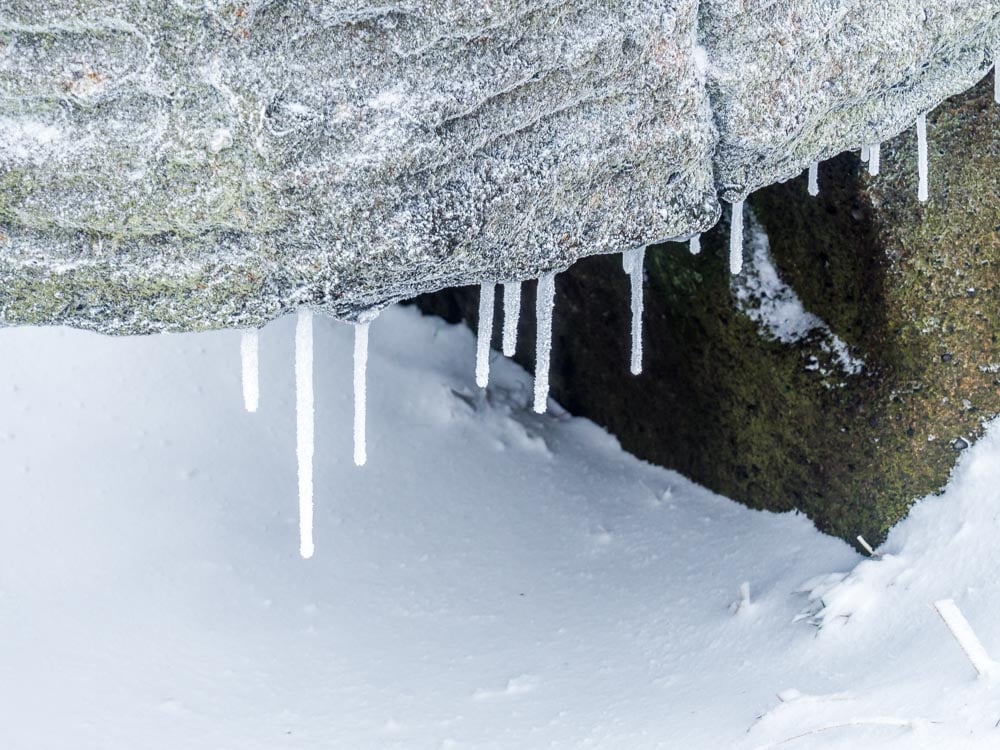 I came back to the tops overlooking the reservoir and looked out across, the clouds had shifted more and could clearly see that monument atop Pots and Pans. A place I wrote about in the Summer. 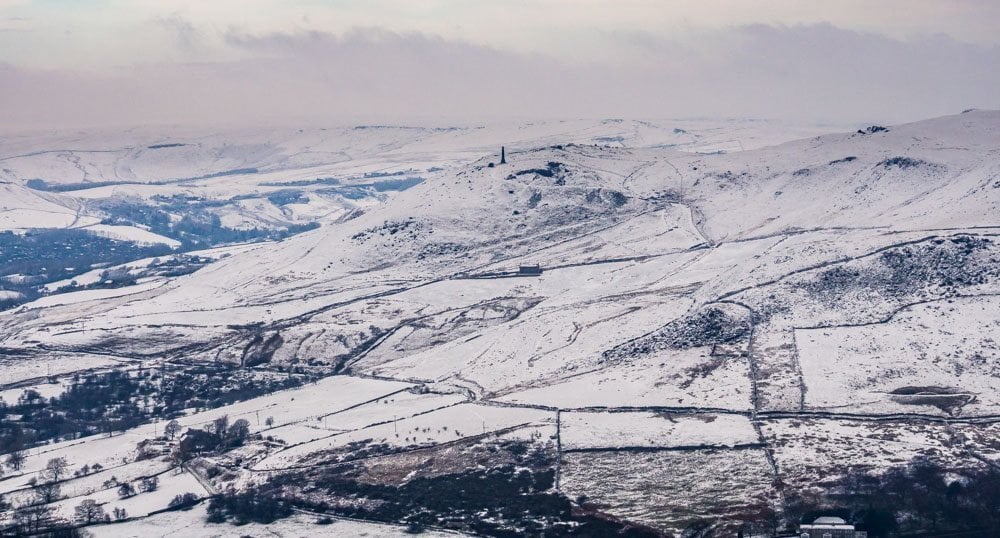 Snow is now yes and hills are hills, but was just as exhilarating in its own way from the snow filled walk up Ingleborough earlier in the week.

A short walk further West from Wimberry Rocks I had headed now to another top, Alphin Pike. It is the larger summit around here and gives way to massive views. 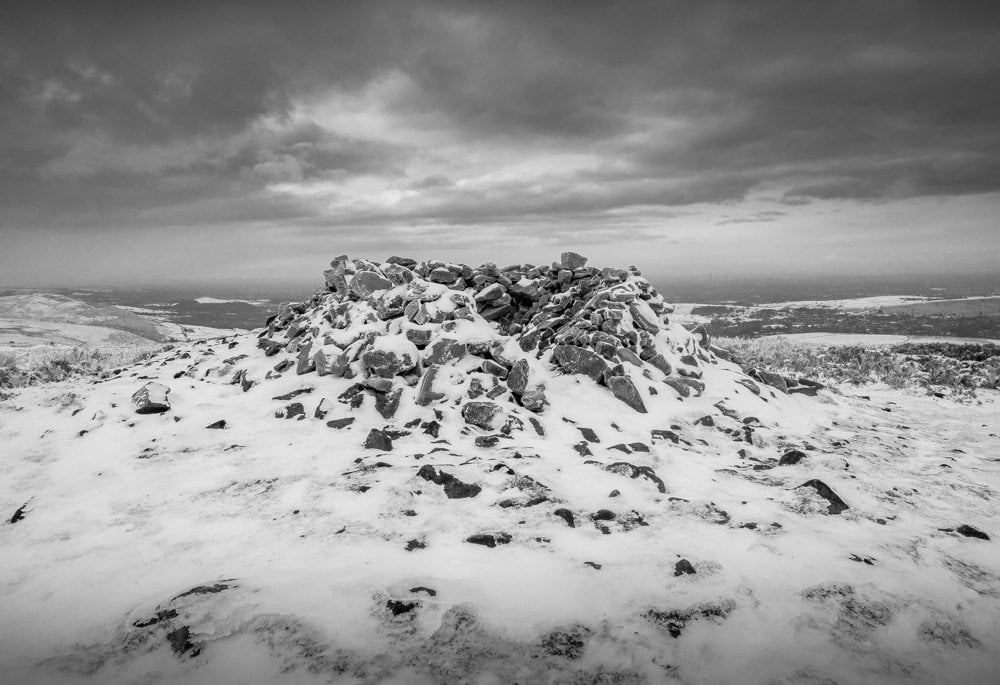 From Alphin Pike you are on the edge of the Pennines looking out across the whole of Greater Manchester and the flatness of Cheshire. Even on this cloudy day I could see the tall buildings of Manchester, down below, out of the snow. 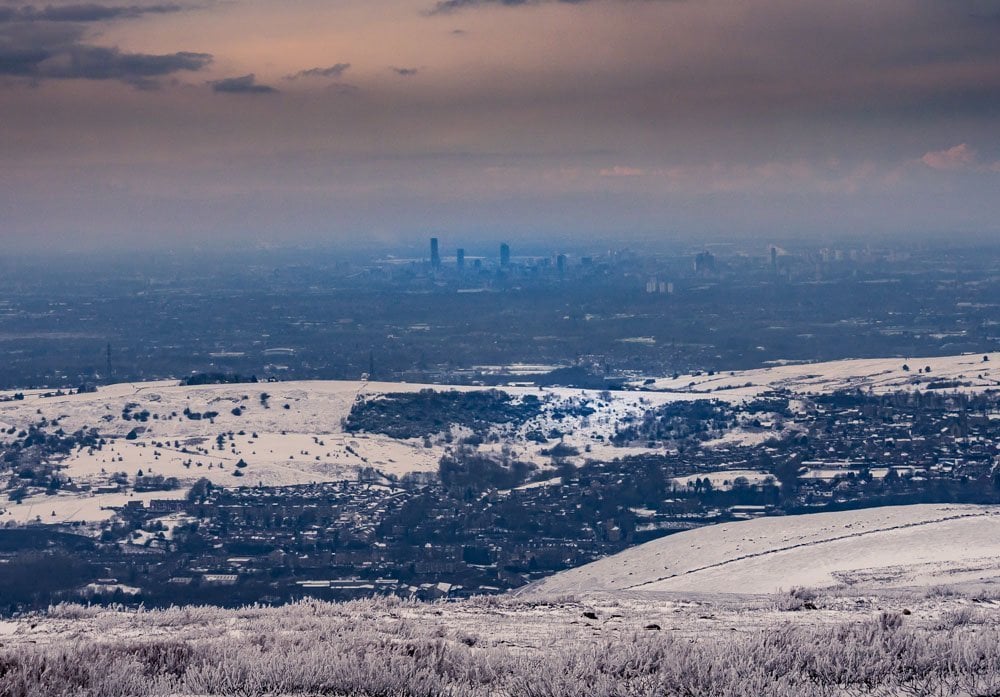 A quick look at the watch told me that alas it was time to head downwards and back to the grindstone. I decided to wander around of Alphin Pike and take in different scenes by and through the little forest. The rocks I initially climbed can be seen prominently here in the upper right. 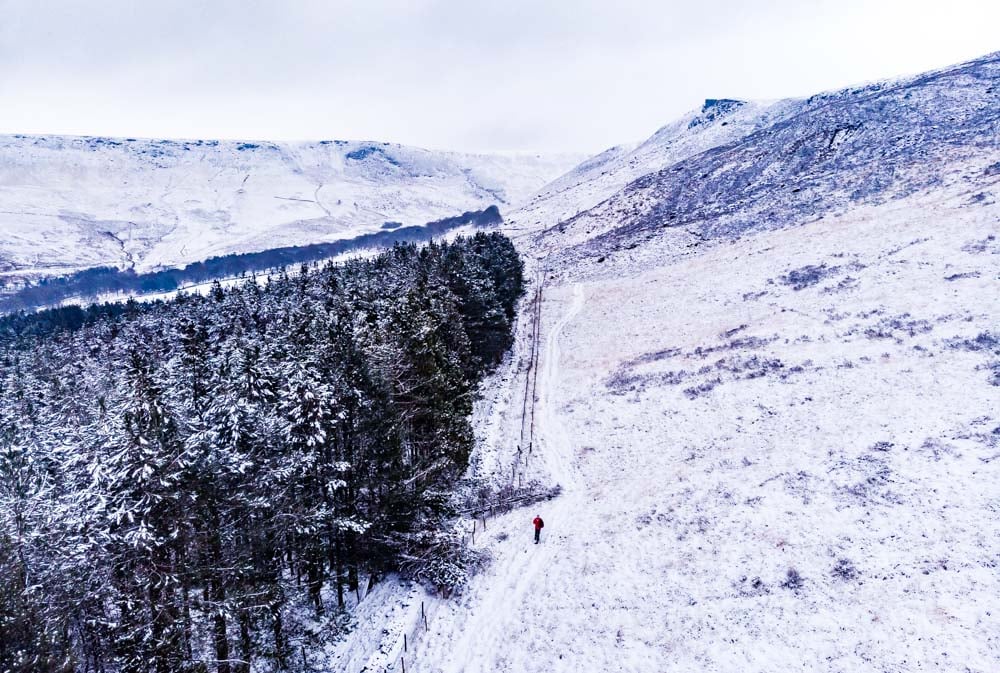 I didn’t want the walk to end but I had to get on. But for sure I will be back in the area again soon for more. As can be seen here there are plenty of tops to walk over and I will show my favourites throughout the year. More excuses to get back 😉 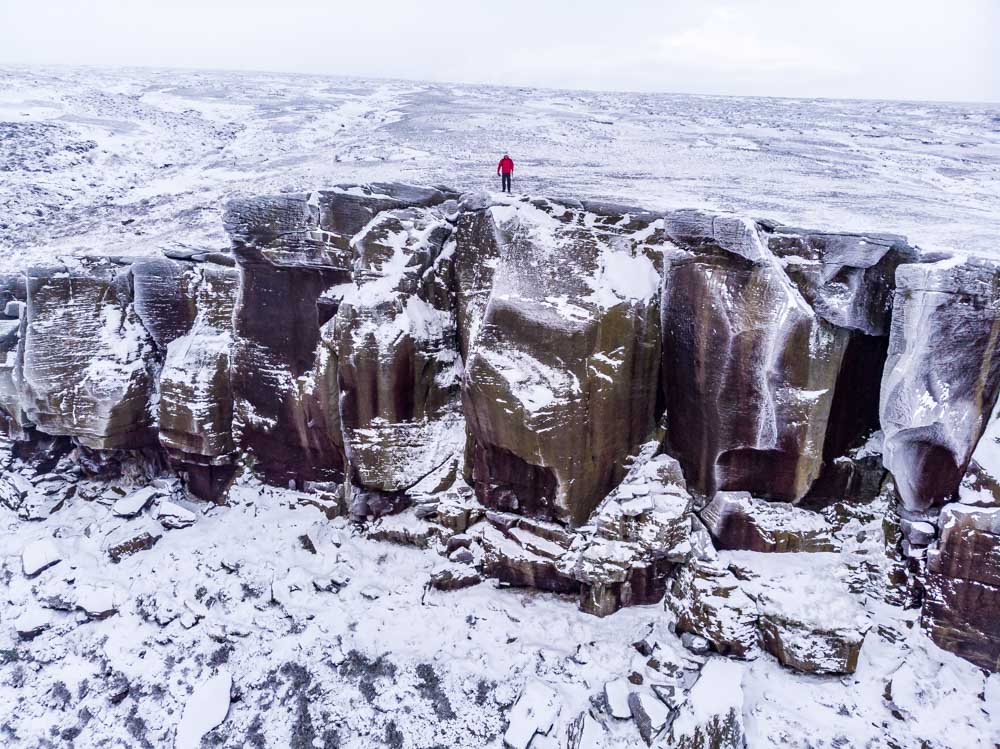 Mind cleared, totally refreshed, a work out done with it and new memories created. This is me, this is what I love doing. Next!