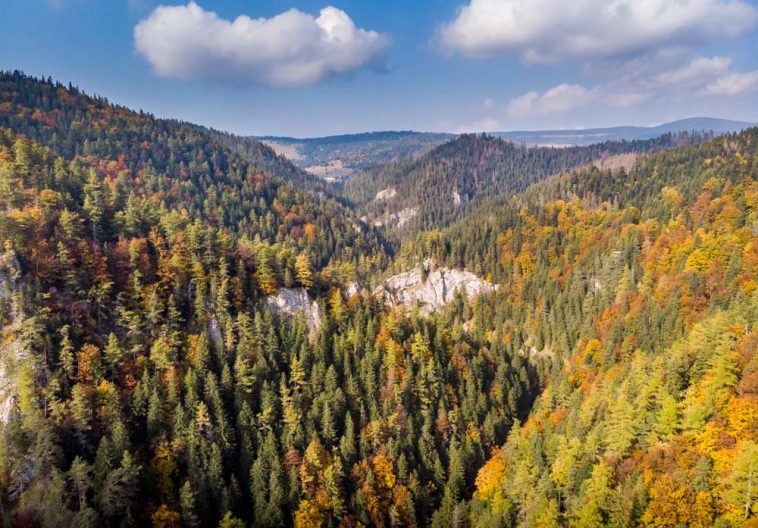 The walk up the Kvačianska Valley to The Oblazy Mills in Slovakia is certainly a day I shall not forget in a hurry. It is absolutely beautiful and inspiring all the way along. From huge sights of natural beauty to historic rocks and buildings along the way. I have found Slovakia and the Tatra Mountains to be incredible walking country. This walk took it to yet another level. 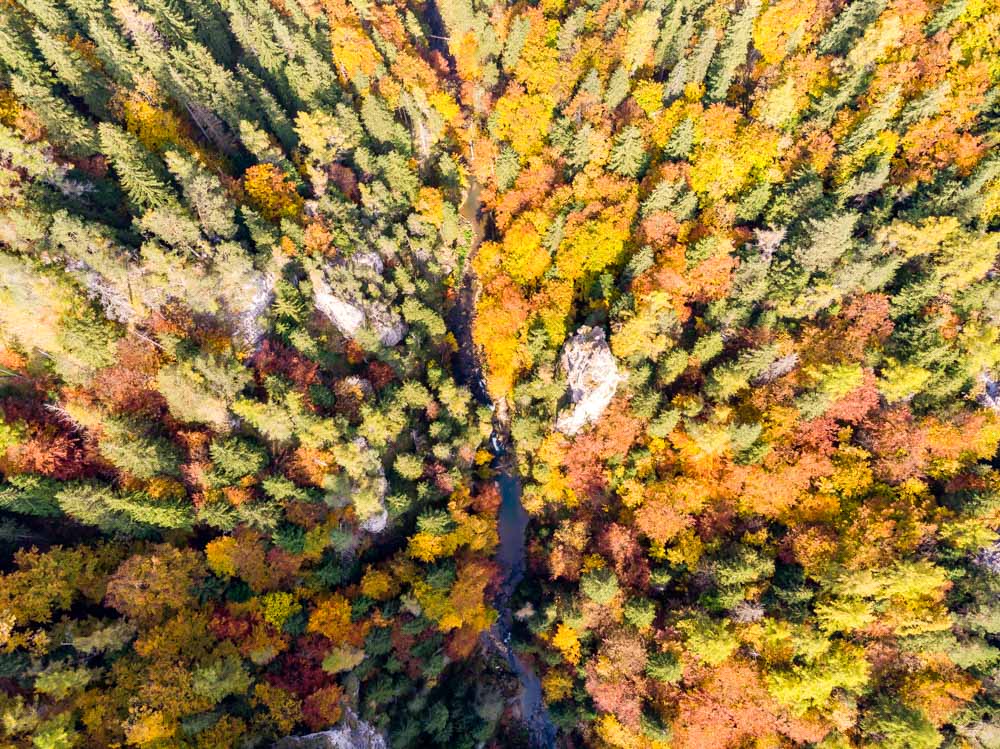 What’s more we were there in Autumn so this gorge, absolutely full of woodland and pine was a huge array of colours. It is hard to show on photos just how huge and spectacular it is. Was worth having the drone with me too that’s for sure.

The correct way to call this valley is by its translation The Kvačianska Dolina. We started the walk in a lovely village called Kvačany. There is a huge car park at the start of the trail, in fact there is a micro brewery (that from the outside looks like a home) not too far from there too if you are looking for refreshment afterwards? 😉

From the car park you take the trail into the forest and walk up the valley, surrounded by nature, rock and trees. 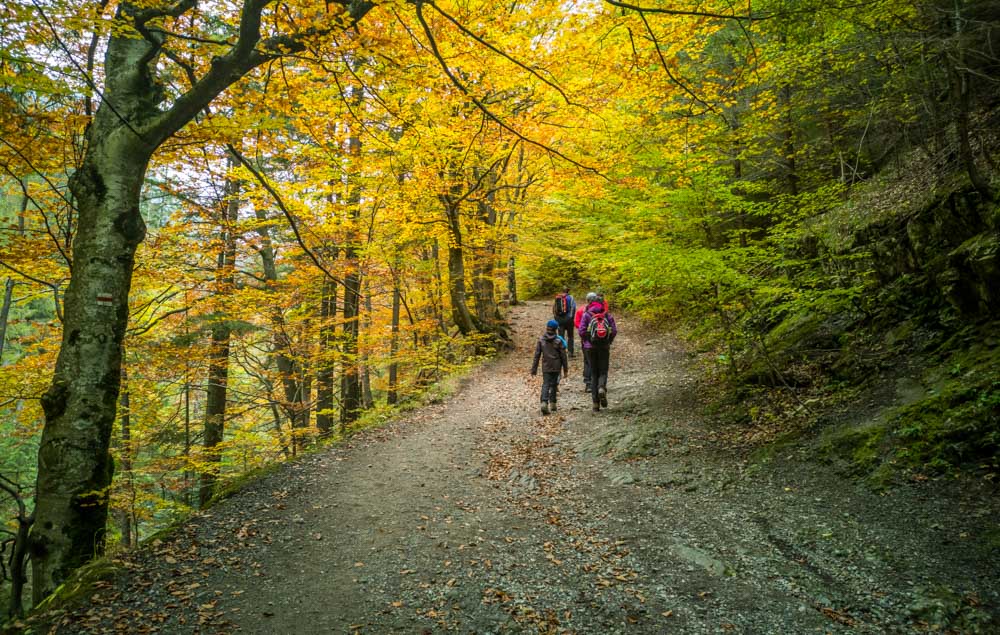 As you walk up the valley gets deeper and deeper down to your left but the walk is a pleasant uphill and not too strenuous at all. We met a few families taking their children out for some fresh air and loving it.

It wasn’t long before we got some spectacular valley views and rock formations showing out of the limestone rock mountain sides. 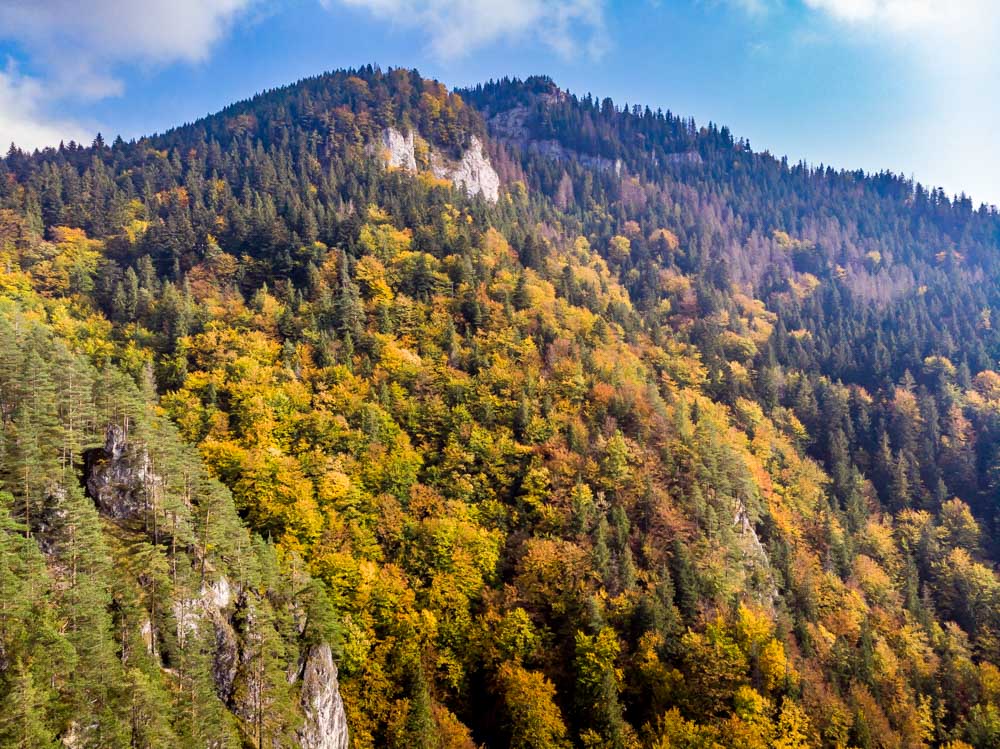 There is one rock face on the other side of the gorge that is full of folklore and intrigue. The Face of Janošik, a huge rock formation that really stood out as looking like a face! 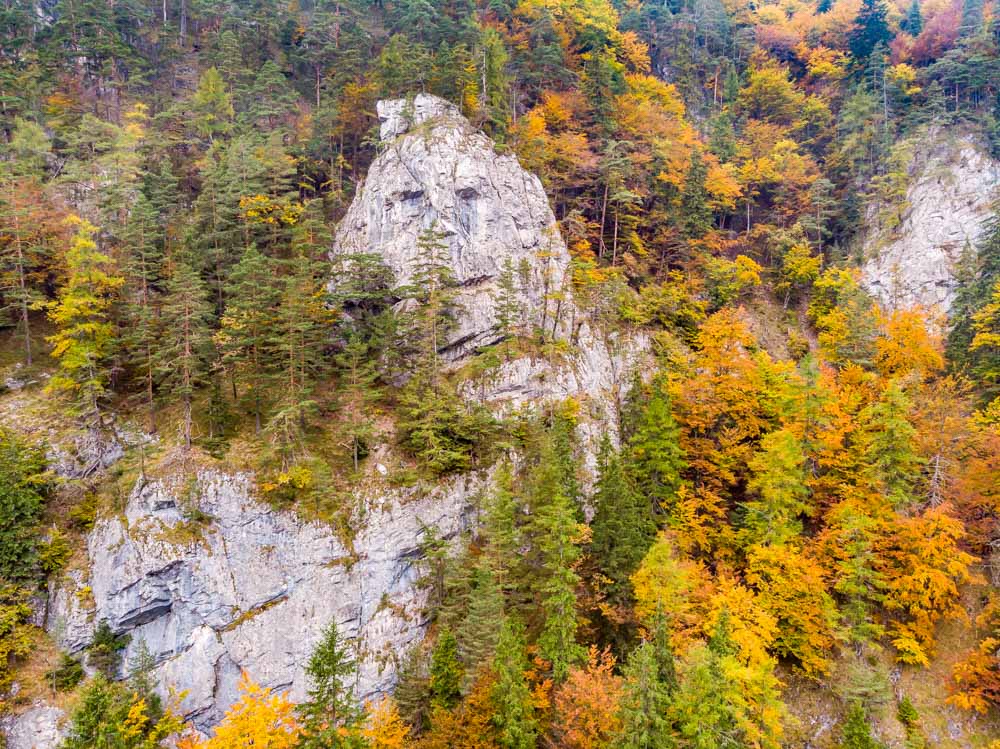 Janošik is literally the Slovak version of our Robin Hood. Fairy tales are full of stories about Janošik and his band of merry men, stealing from the rich and giving to the poor. The real Janošik was actually a soldier fighting against the Habsburgs in an early 18th Century revolt. He then left the army and indeed set up a group of bandits that hid in the forests of Slovakia. The group did steal from noblemen but they never killed in their doings. There are stories that they did give some of their loot to the poor so hence a story was born. 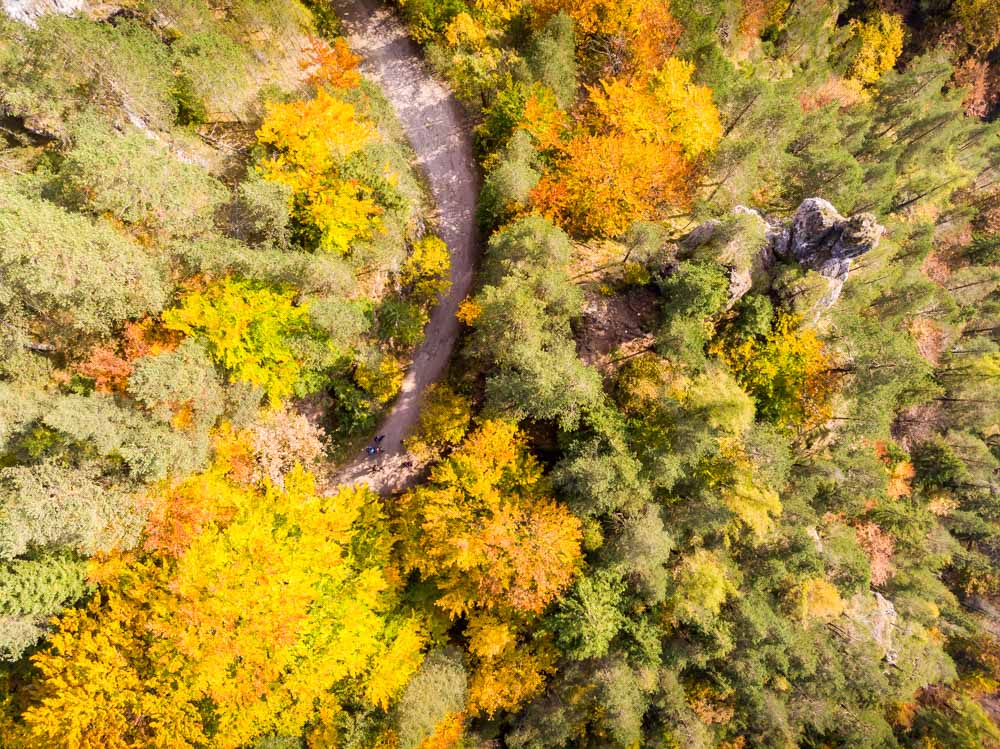 The walk continued upwards and upwards through the trees, then suddenly, you are at the Oblazy Mills. A National Monument in Slovakia and a great and interesting sight, seemingly such a way from civilisation, today. 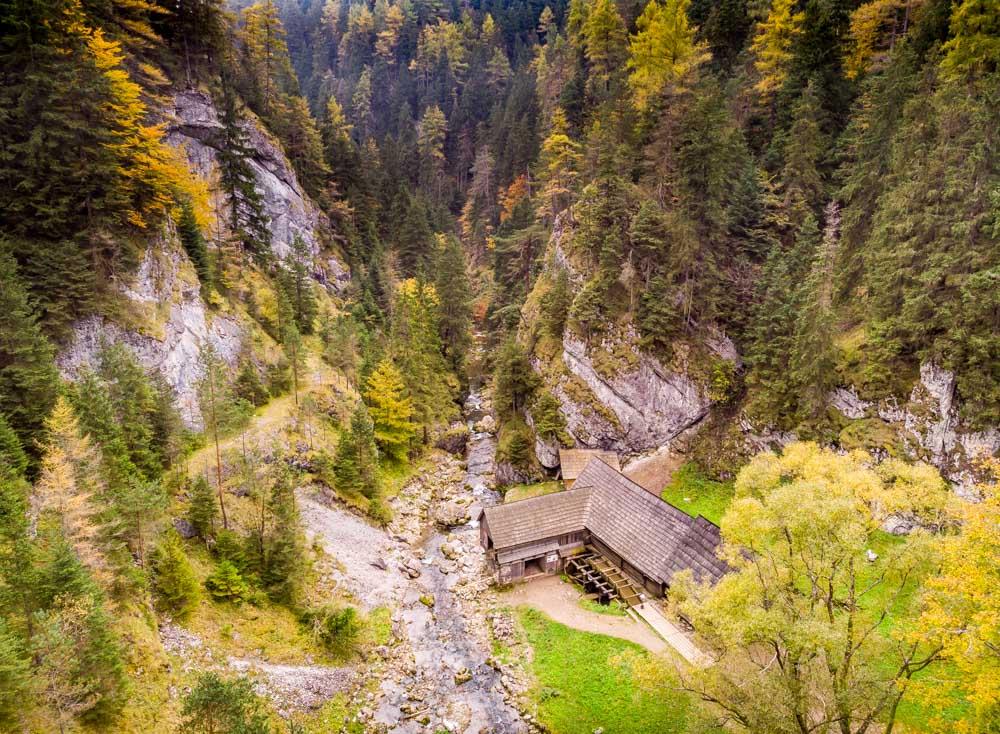 The Kvačianska Valley was in fact previously home to settlements in the district of Liptov. The mills were built in the early 19th Century to provide for them. Where we had walked today was an important roadway in olden times, leading from Liptov etc and over the mountains to Poland The mills were placed here so as to get a faster flow of water to operate. A short distance away from the villages that once were. 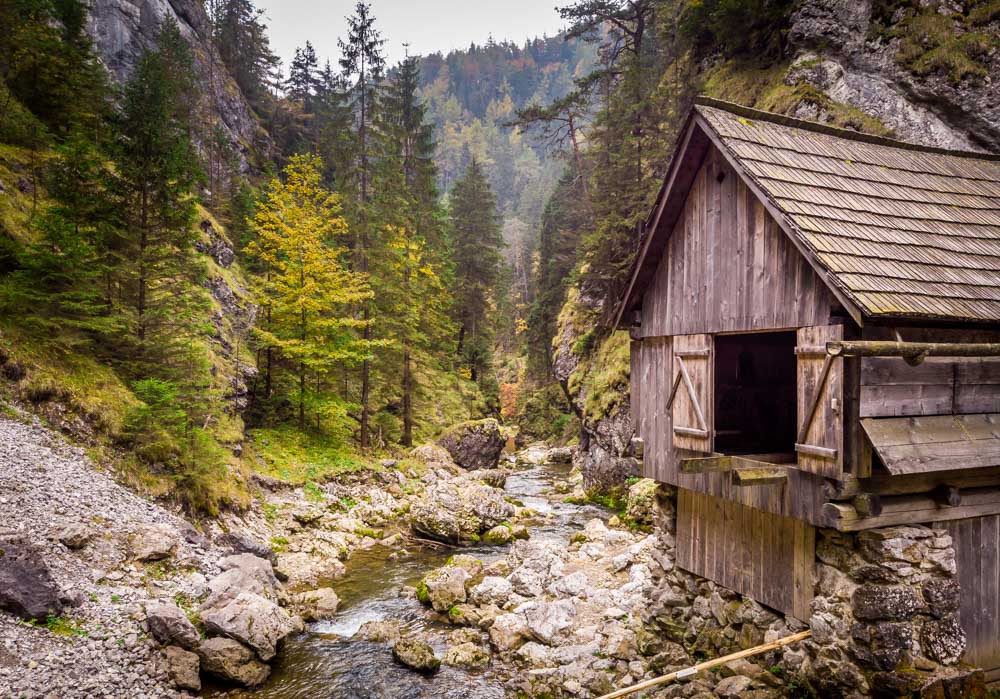 The mills have been conserved and meticulously restored to former glory and walkers that make their way up here are treated to some history in beautiful surroundings.

You can walk through the mill and see a lot of it in action and how life used to be here. 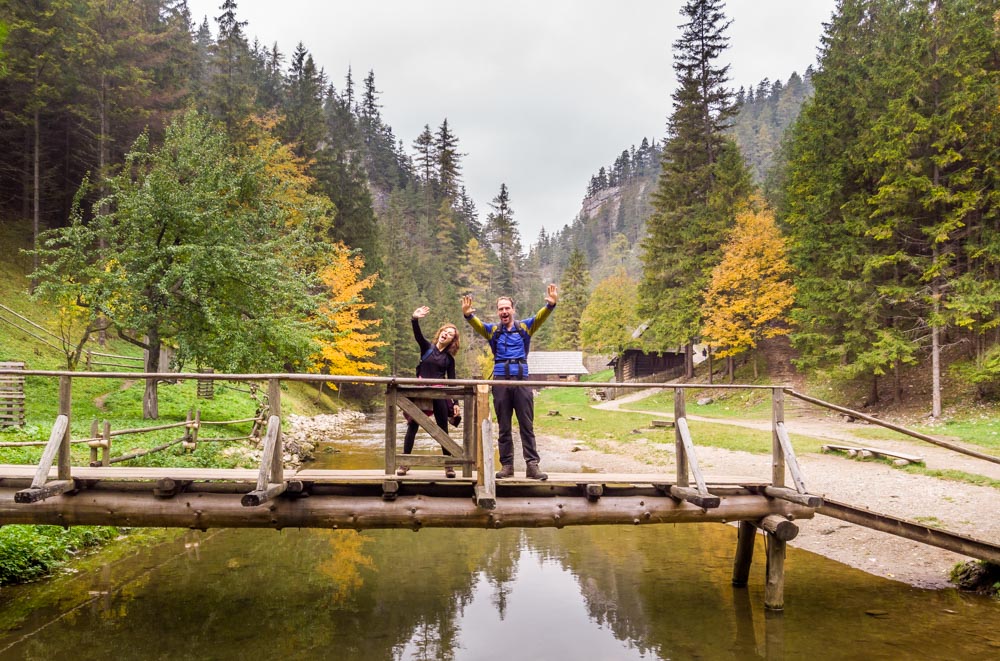 We walked further up the valley to see a well known waterfall in the valley. A sight in itself but if you wish to walk further you can literally climb up the waterfall, partly by ladder and carry on up the gorge. 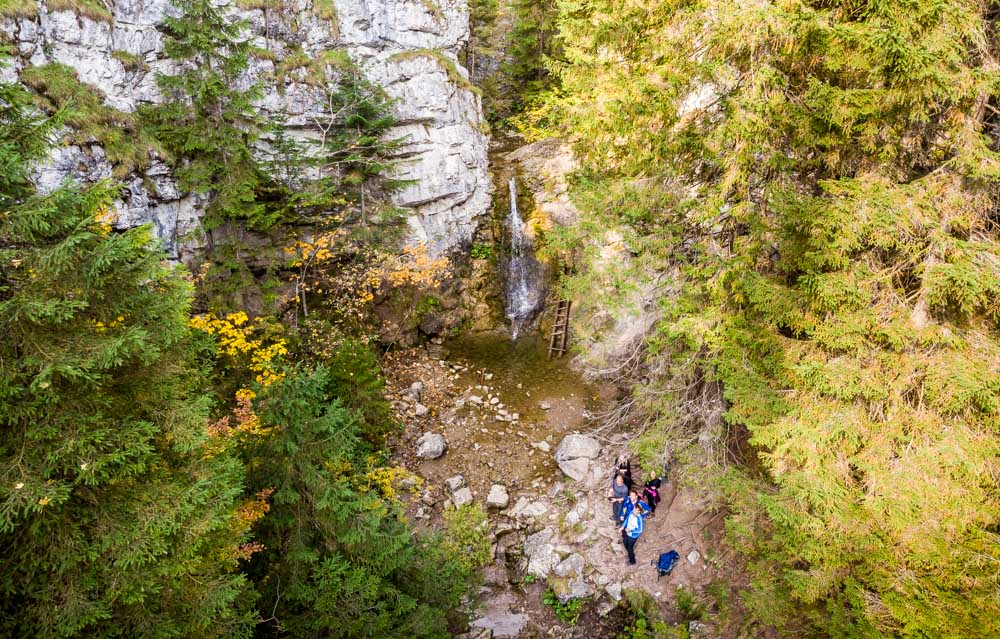 Alas, it was time to head back down the valley. But, that was a most wonderful few hours walking that I have had in a while. So lovely to do something different and have my eyes opened to this marvellous country of Slovakia.

I must also say a big hello from my walking companions on this day.

John and Jackie, our wonderful hosts, Faye, plus a huge thanks to Martin. Our local expert who loves the outdoors and knows absolutely everything we wanted to know. Cheers Martin! 🙂 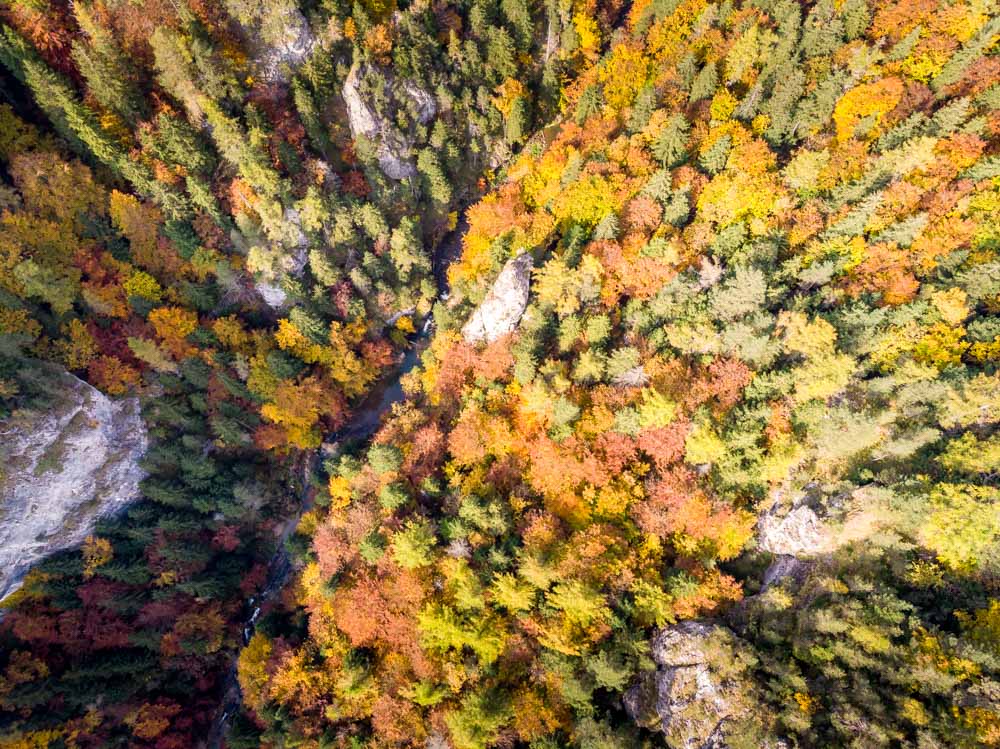 Now then, time to find that brewery at the bottom before heading back to a sauna at the lodge.