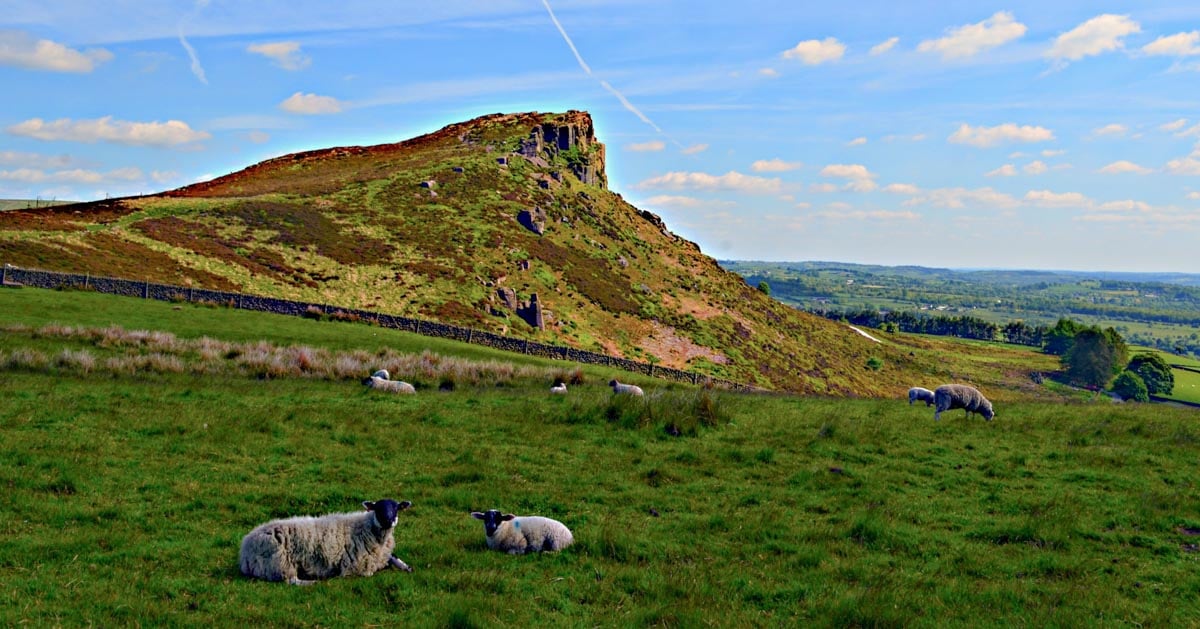 The rocky and rugged landscape near Leek in Staffordshire called the roaches is appealing to hikers, climbers, dog walkers and sightseers, it is steeped in history, myth and legend and it has meaning to many for different reasons. I love the area because of its natural ruggedness, the history and interesting folklore. The area we arrived at is called hen cloud. 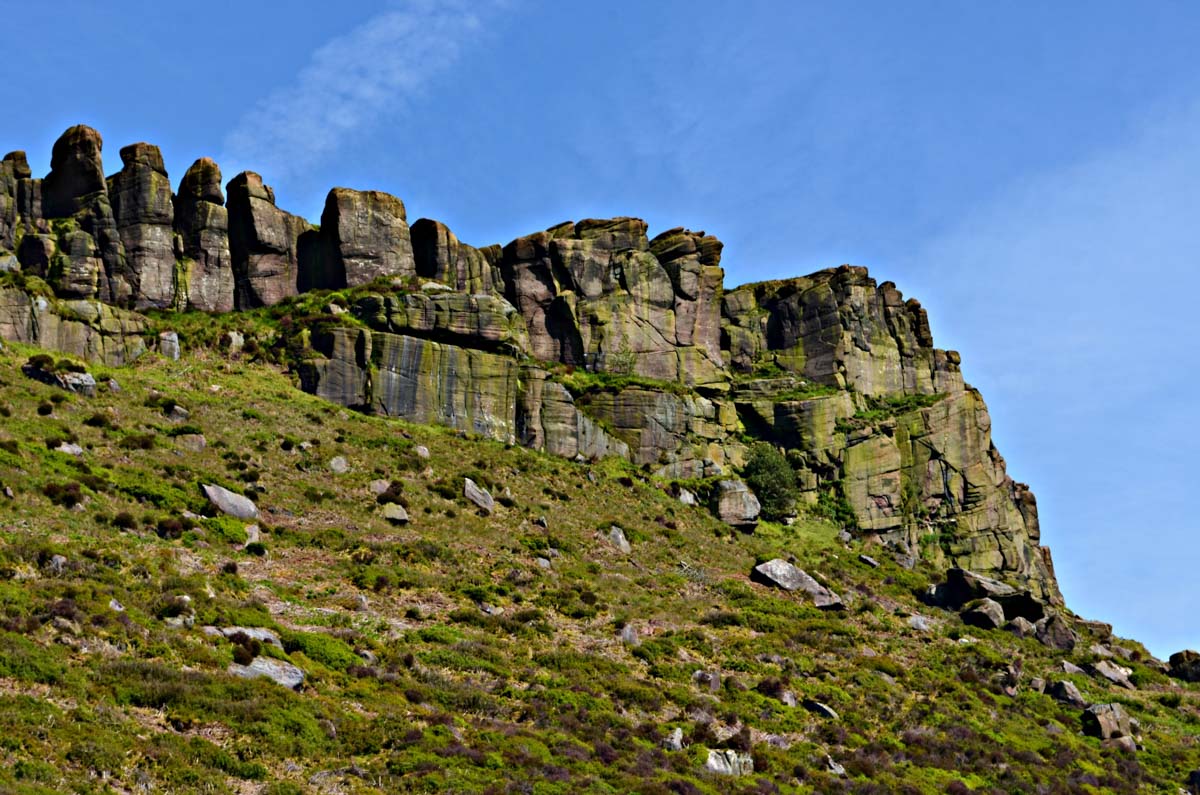 The most recent archaeological find at the Roaches nature reserve has been the discovery of a burial urn said to date back 3500 years to the Bronze Age period. The burial urn and the cremated remains were discovered by a contractor digging a trench to reinforce a well-used footpath. The national park archaeologists noted a significant amount of cremated remains and charcoal within the pit which will need to be examined thoroughly, whilst funding is being sought in order to perform C14 dating on the charcoal.

The cremated bone remnants hold the secret to the age and sex of the individual. After the investigations are complete, the urn and findings of the pit will be taken to the Staffordshire potteries museum at Stoke. In a statement from the national parks authority, “The land at the Roaches is protected by law for its wildlife and landscape value, it is part of a Site of Special Scientific Interest, and the farmland is subject to a sensitive area agreement – so it is vital that we all play our part in looking after this special place.” 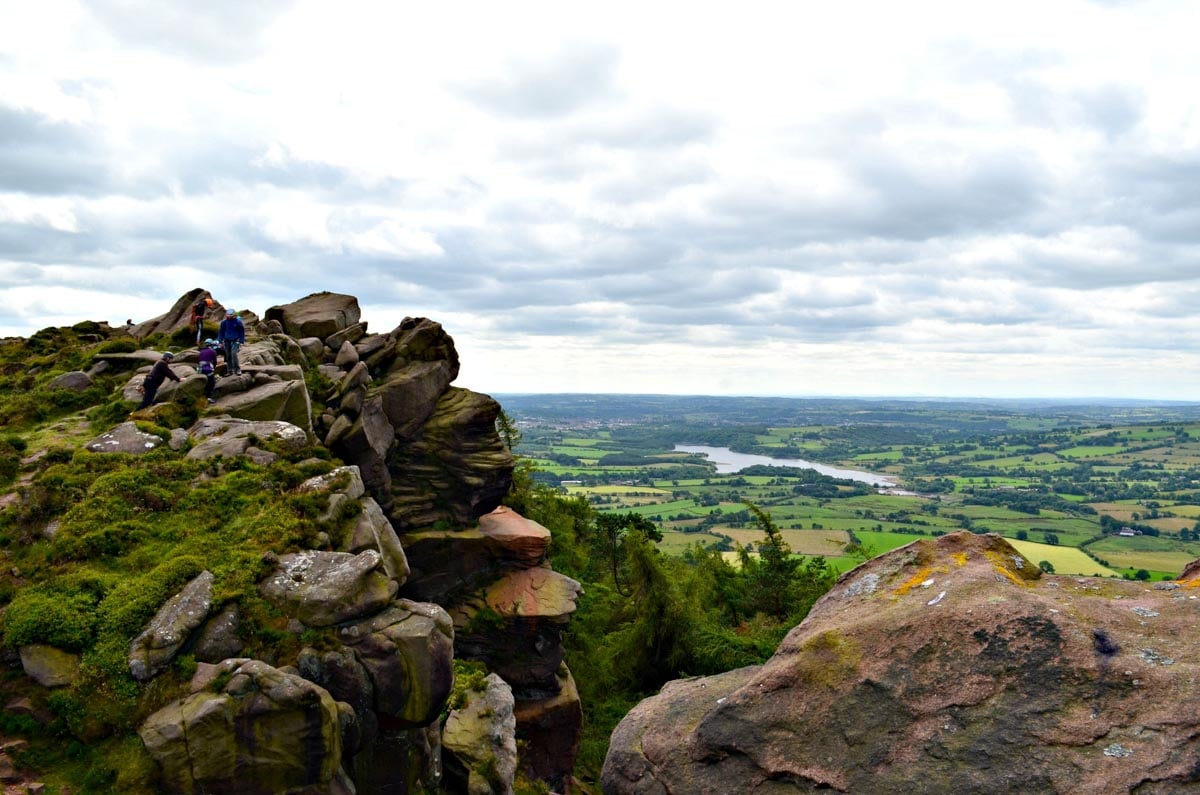 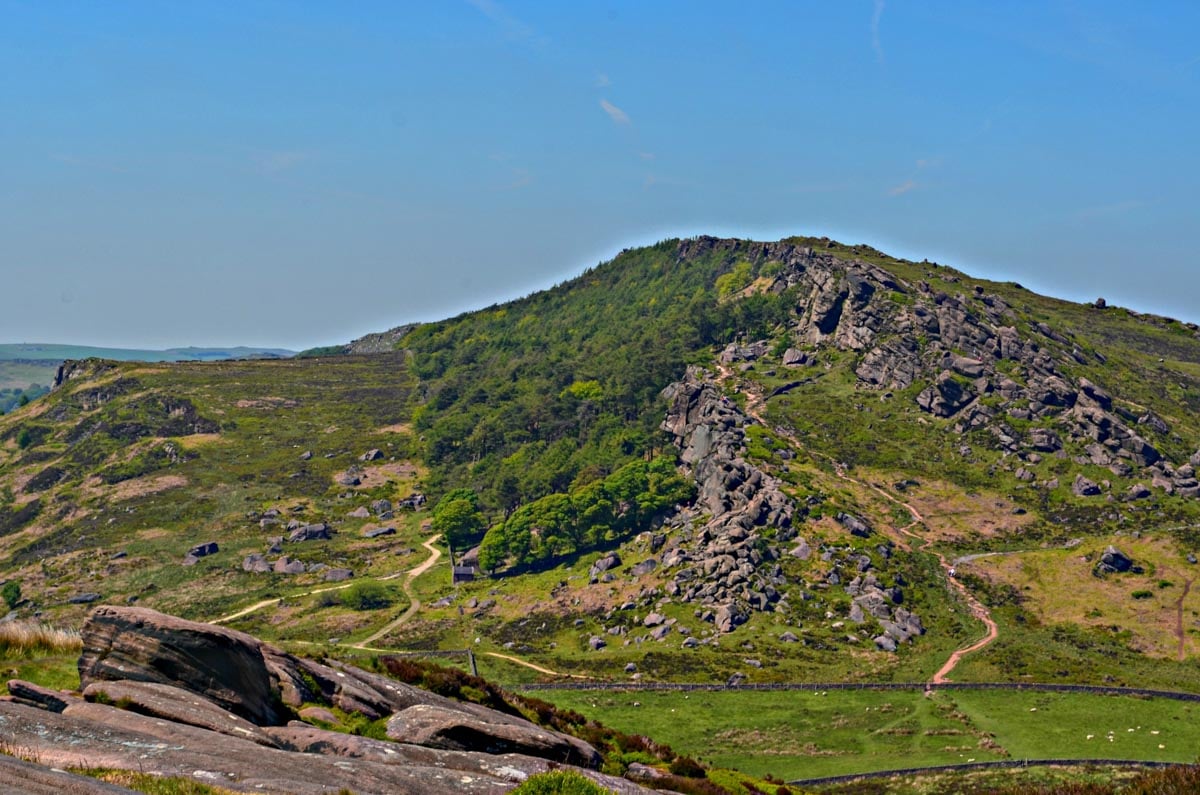 In the 1930’s a group of 5 wallabies escaped from a private collection at Roaches Hall and they thrived on the moors and bred extremely well, the most recent sighting I have read about was in April 2015 and I’m sure there are plenty of others who have not documented their sightings! Personally, I would be over the moon to spot a wallaby in the countryside, whether in Staffordshire or indeed in Derbyshire, I have heard of quite a few sightings of wallabies at Kinder Scout near to Fair Brook Naze, another favorite spot that my family and I love to wander. 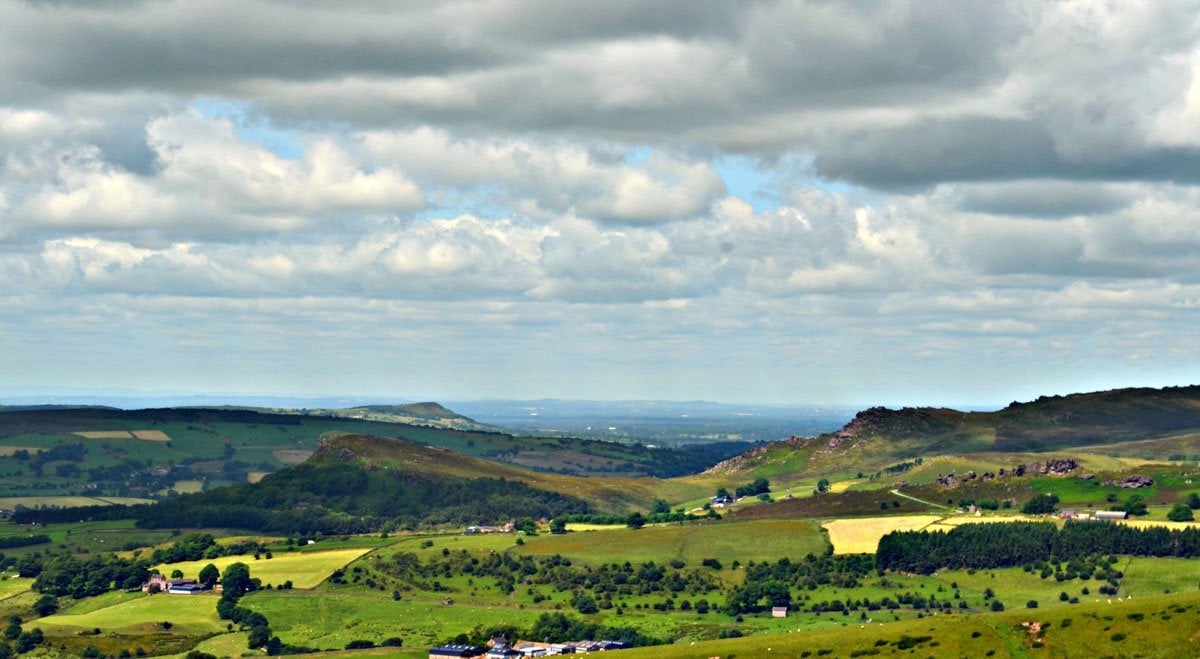 Across the moors and far away the views and walks in Staffordshire are 360 degrees of beauty with high wind, wild smells and a rocky texture! My kind of pleasure up high in all the ruggedness of nature listening to bird song and with the wind in my hair. 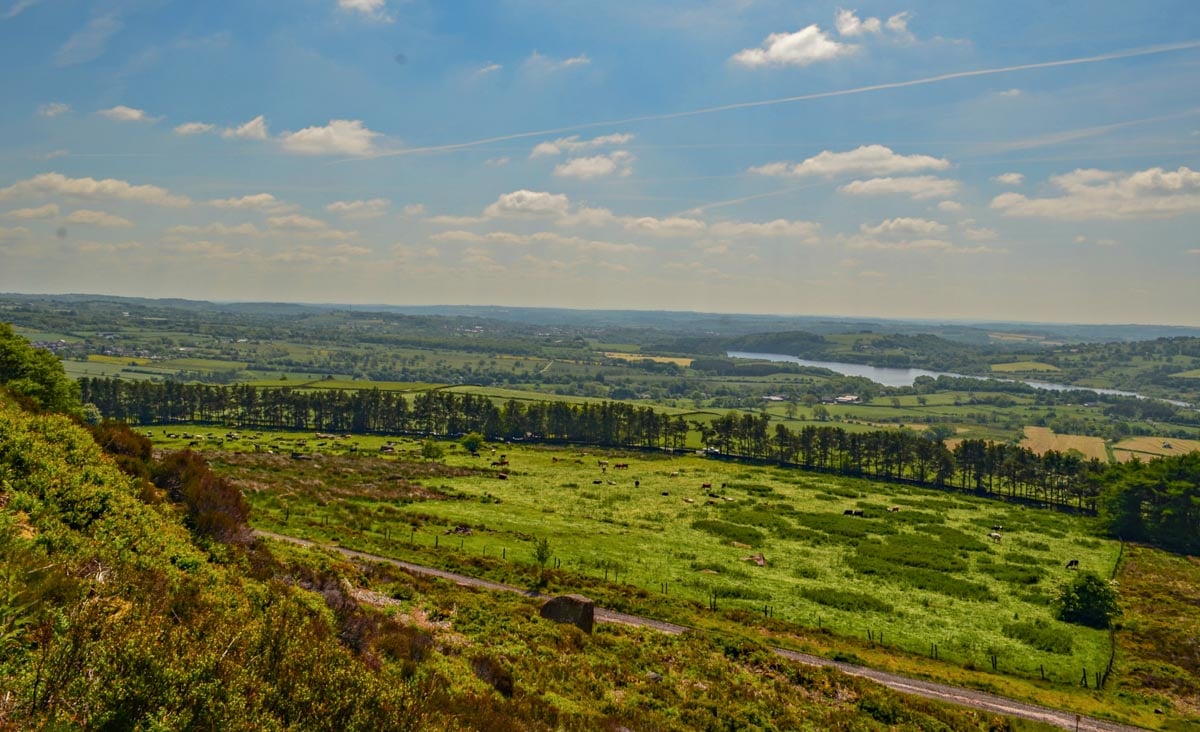 The Roaches are renowned for bouldering and climbing activities, there’s a climb for all abilities here, on my last visit I found it fascinating to watch the climbing methods used by the bouldering enthusiasts at the lower levels of the Roaches, it’s great to watch as they use the smallest cracks for hand and foot holds and no ropes, just a padded mat below, just in case! 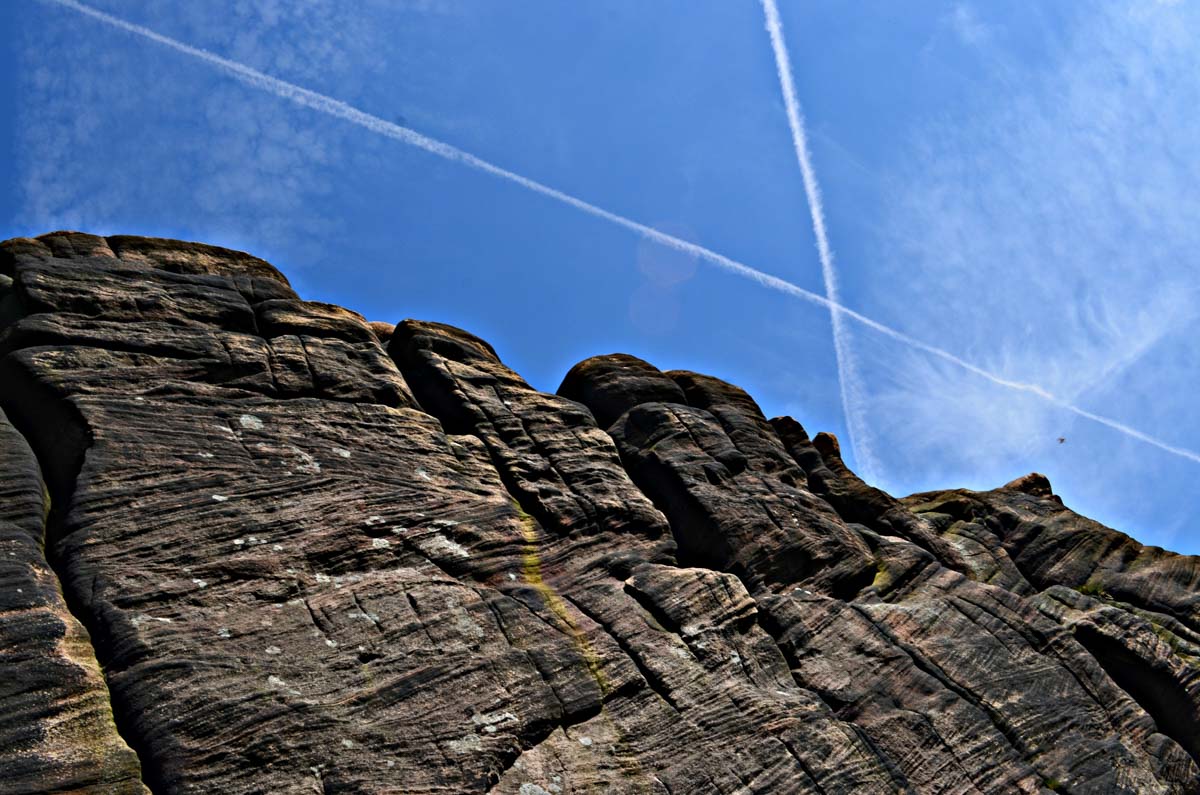 There has been a dwelling here, carved out of the rock for over a hundred years. The area which is now the kitchen is built into the cave where Bess Bowyer lived until the early 1800’s. The basic dwelling had two areas, a bedroom and another room for daytime use where a small stream ran through providing a water supply. I hear that Bess would help smugglers and deserters escape from the authorities by guiding them through an outlet behind her bedroom area and onto to wilderness behind. Indeed there are many crags and holes in which to hide if you sought to use them and a rough rugged moorland all around. 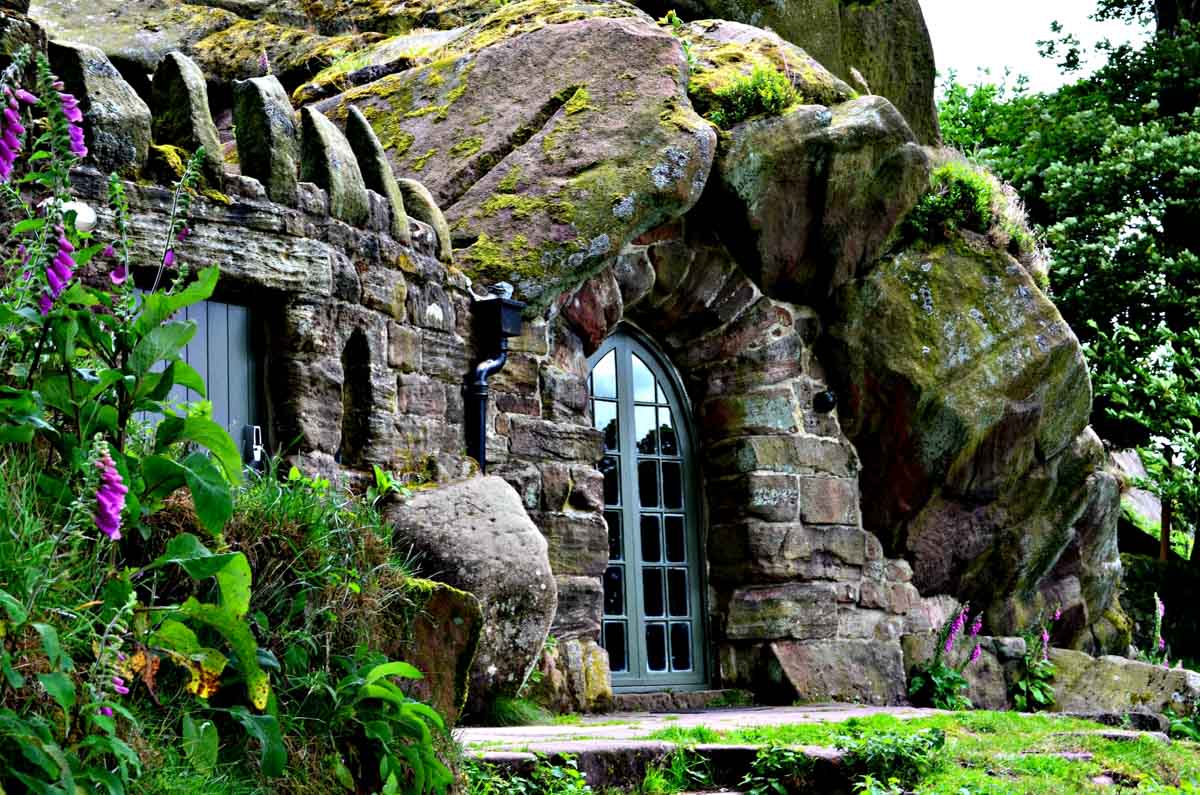 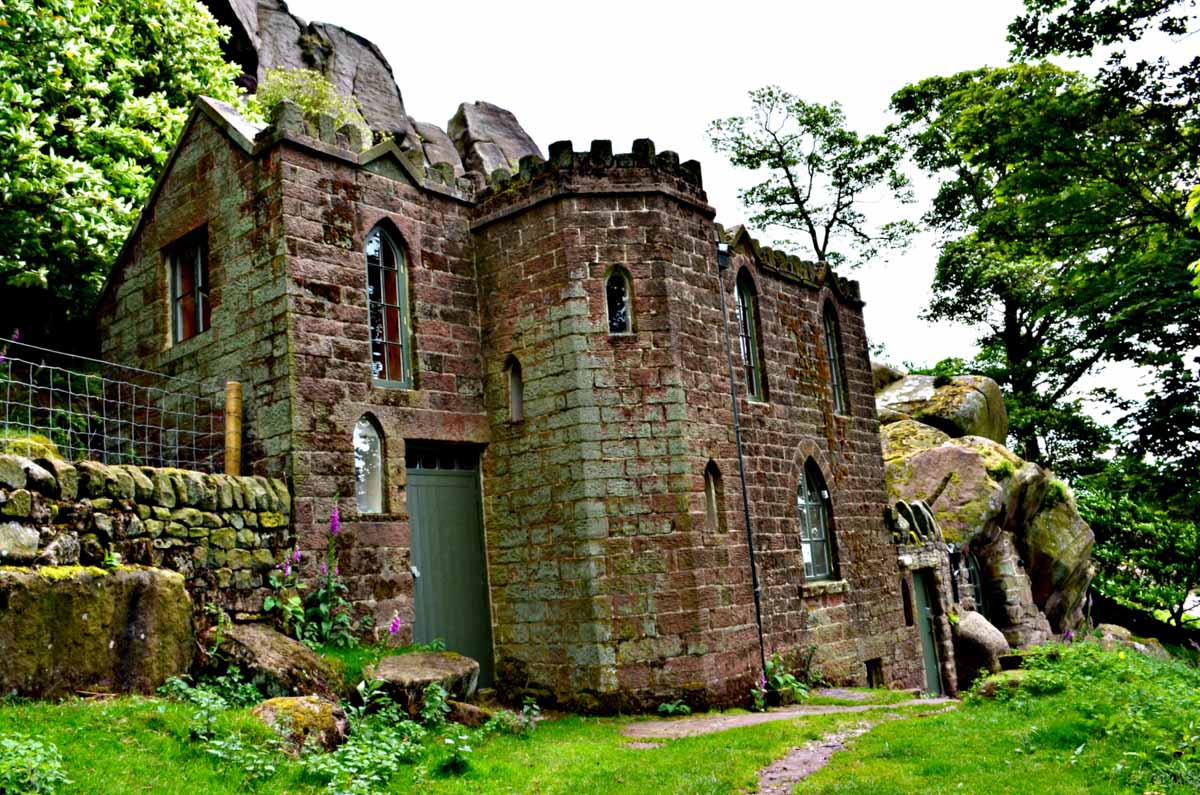 The open moorland stretches out in all directions for miles and the long stretches of bleak looking moorland alongside the little lanes we drove along to reach the Roaches are used by the MoD for training purposes, we noticed training maneuvers in progress on our most recent visit to this part of Staffordshire. 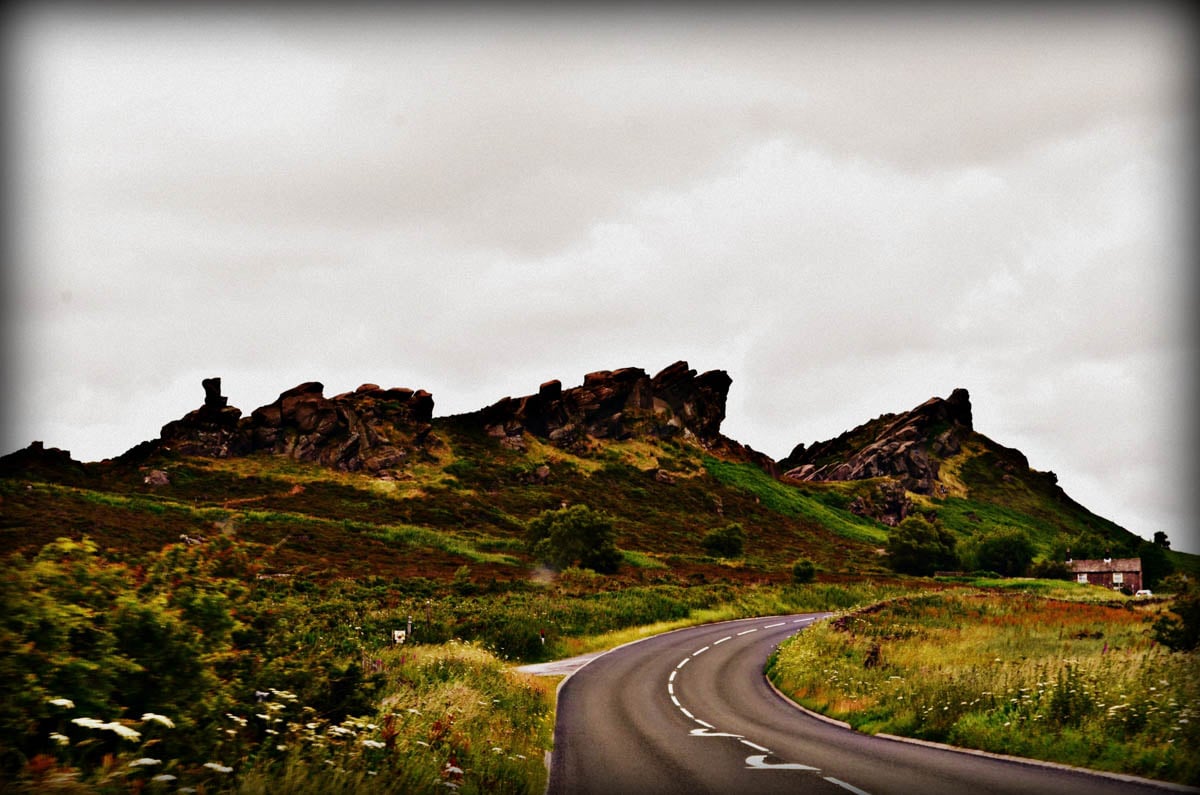 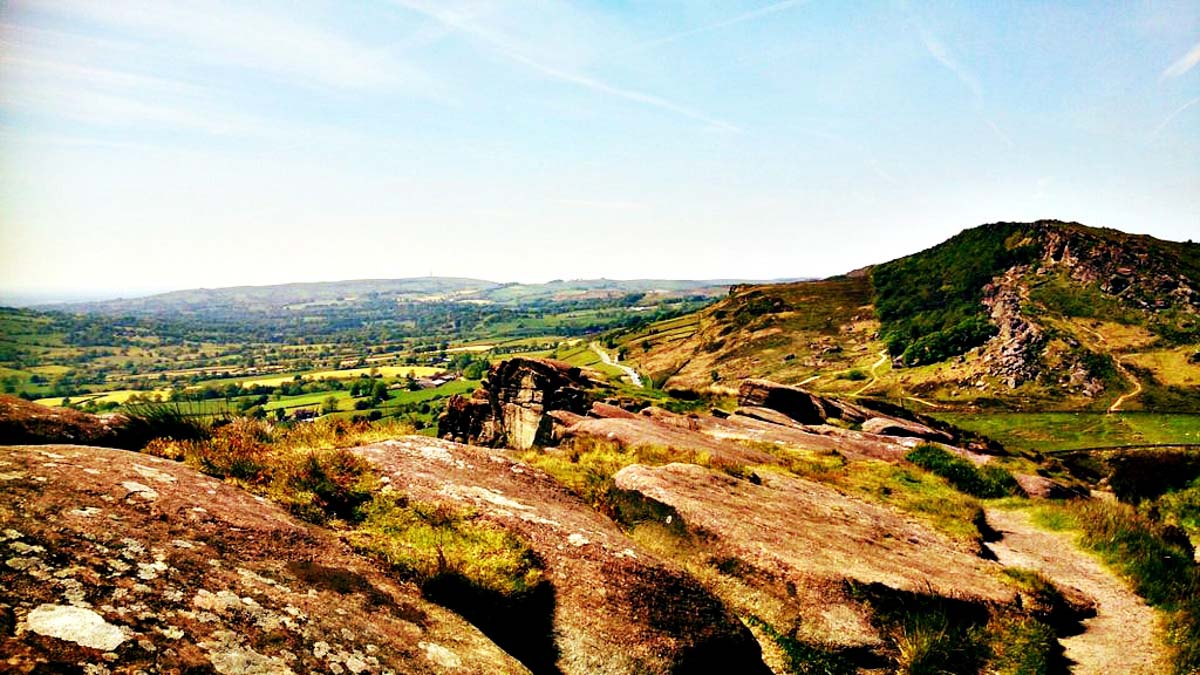 This whole area becomes quite bare and even bleaker in the winter months after the heather and bracken has died down and the weather becomes very changeable. For example, we drove over to the Roaches area early in 2015 on a rather cold and drizzly day and parked up to begin a winters stroll up to the rocky outcrops, we were fully booted and wearing hats, scarves, and rain coats because it was already a cold damp day. Once we were up among the gritstone boulders the weather began to change, dense fog descended on us and it began to snow heavily which was quite a delightful surprise! Although the fog was so dense we could no longer see the road, the snow was a fun turn of events giving us the chance of a snow ball fight and for Max the dog to have a frolic about like a big puppy! 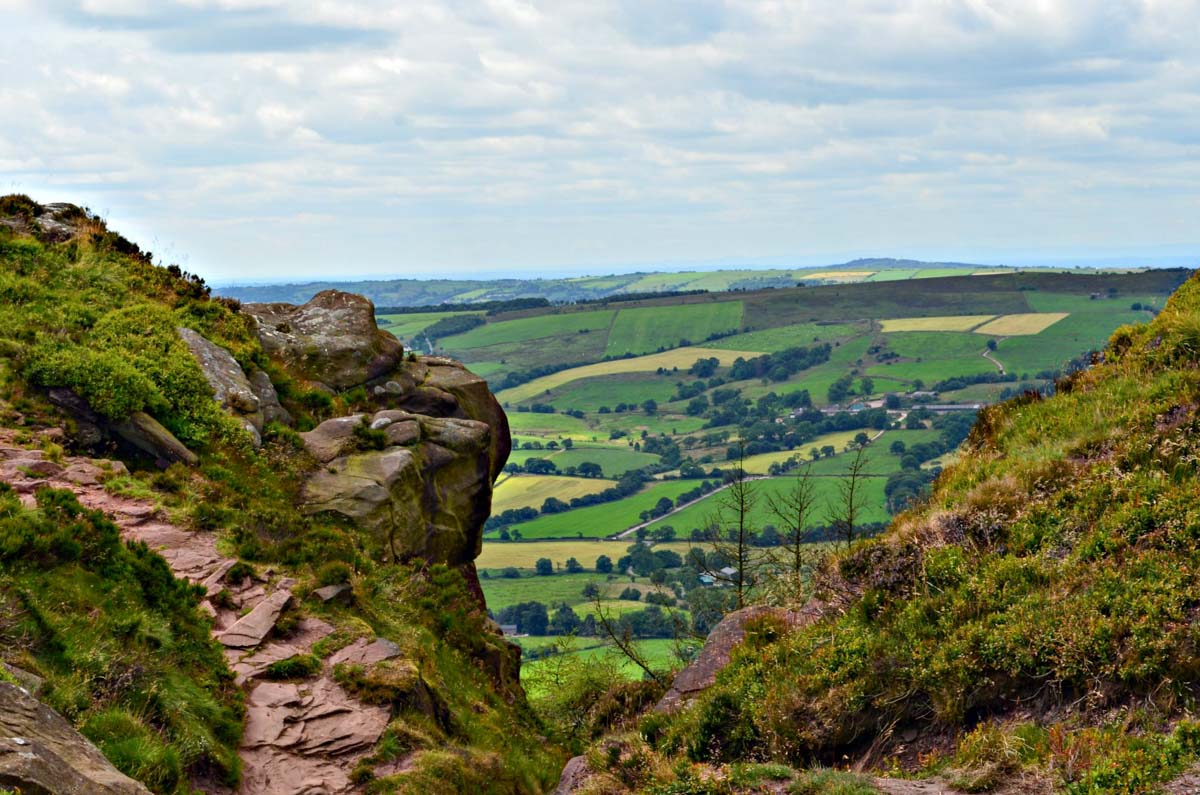 Getting back to the local history of the Roaches and to a royal visit on the 23rd August 1872. This royal visit was a major event in the area, a visit from HRH the Princess Mary of Cambridge and her husband Prince Teck. There is a beautifully carved out seat named the queen seat next to the commemorative plaque which was carefully carved especially for this occasion, the seat was ornately decorated and lined with cushions for the delicate royal bottom! Nearby are the markings where a cannon was anchored and fired as a salute on that very ceremonious day up on the Roaches. Many years later her daughter married King George V and became Queen Mary. 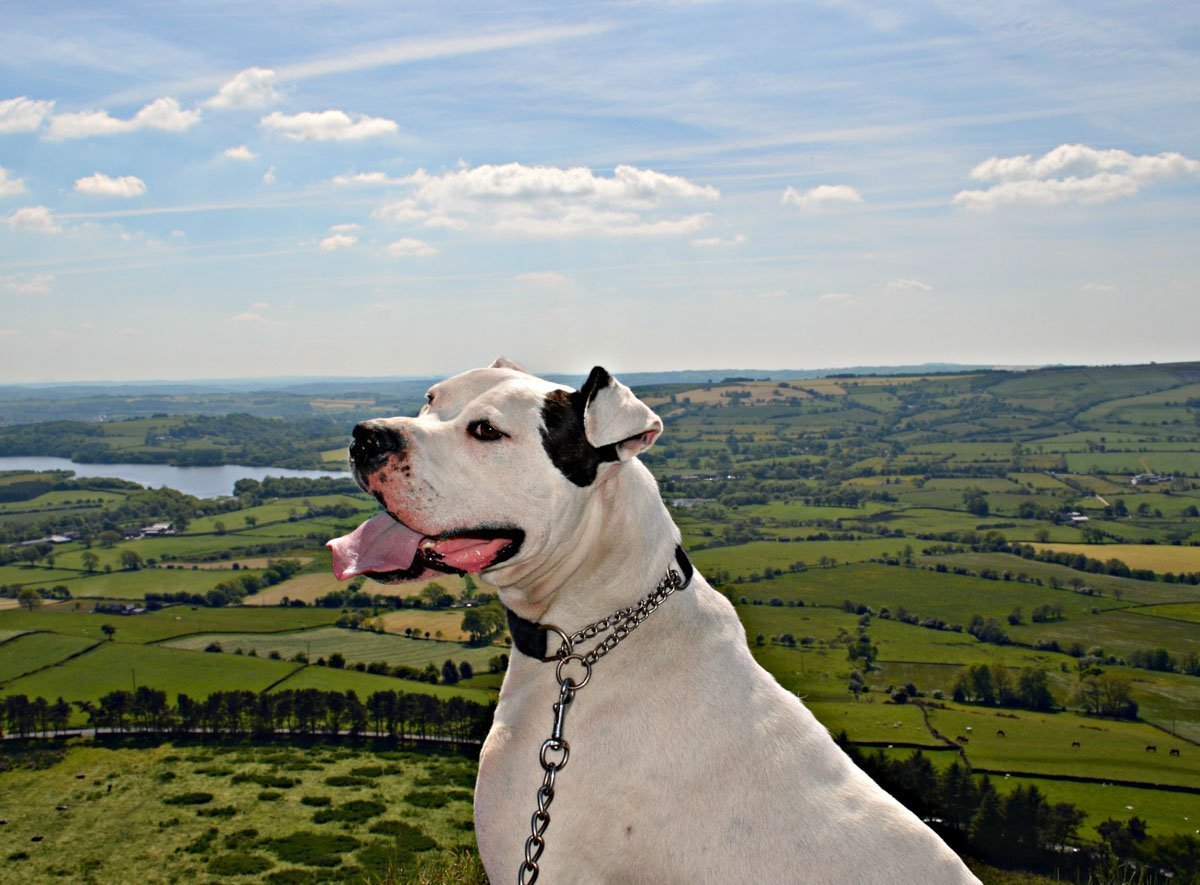 The Staffordshire moorland and the Roaches are a perfect environment for all types of wildlife whether it’s the elusive wallabies or the protected Peregrine falcons. I’ve been lucky enough to have spotted one of the peregrine falcons that breed here. During the breeding season a whole section is cordoned off to give the breeding pair extra protection during their time on the nest, they are carefully monitored and smart water also used in the area as an extra safeguard. We had been taking a rest along the top of the roaches on a very hot day and were looking across the vast views over to the Tittesworth reservoir, while Max was getting a good long drink of some bottled water, it was then, as we glanced up, the stunning peregrine falcon came flying quite high over our heads and back towards the nesting area. The question in my head was of course, why wasn’t my camera in my hand?

Directions to find your way to the Roaches the best way I know are as follows, take the a53 Leek to Buxton road, leave at Upper Hulme, follow the road along and the hulking stance of the roaches will soon be quite evident, parking is available at staggered intervals along the road if you arrive early enough to grab a spot. Grid Ref SK006621 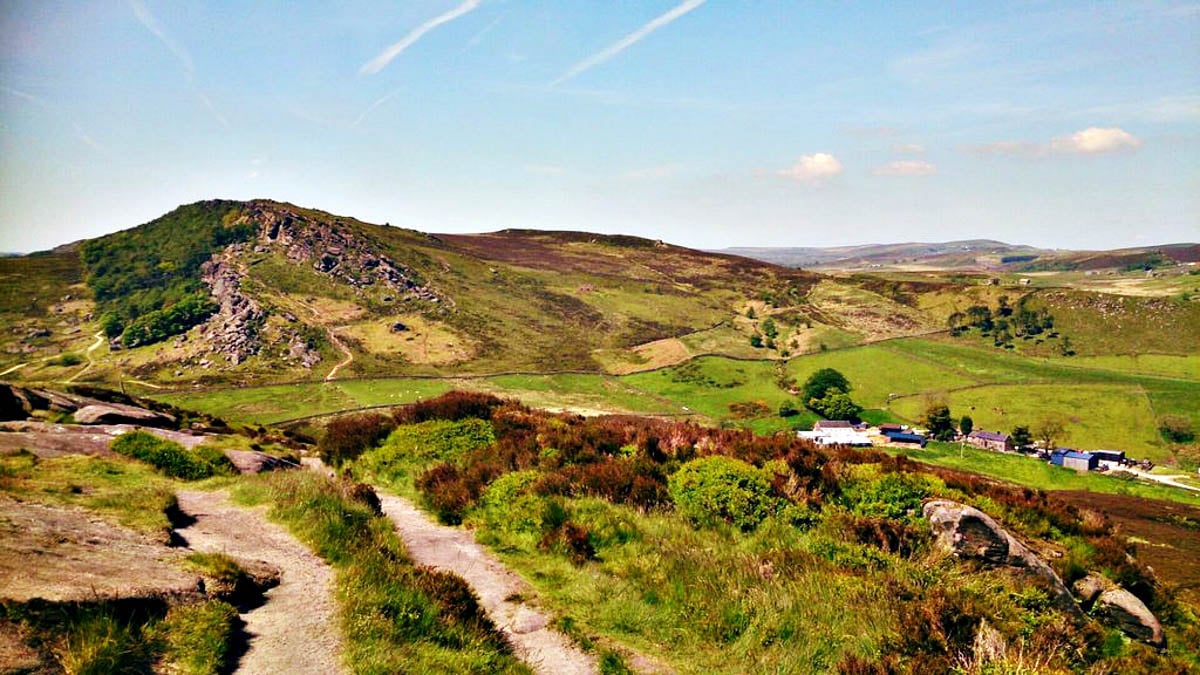 Staffordshire and the lovely Roaches, somewhere to ramble and roam, a gorgeous idyllic place full of history and wonder but also a climber’s paradise. Easy walks or longer rambles in any kind of weather it’s always a gem to me and holds special family memories. Next time I’m visiting Staffordshire I’ll be sure to visit Chrome hill and the Doxie pool too! I hope I’ve inspired you to take a look at the roaches in Staffordshire.