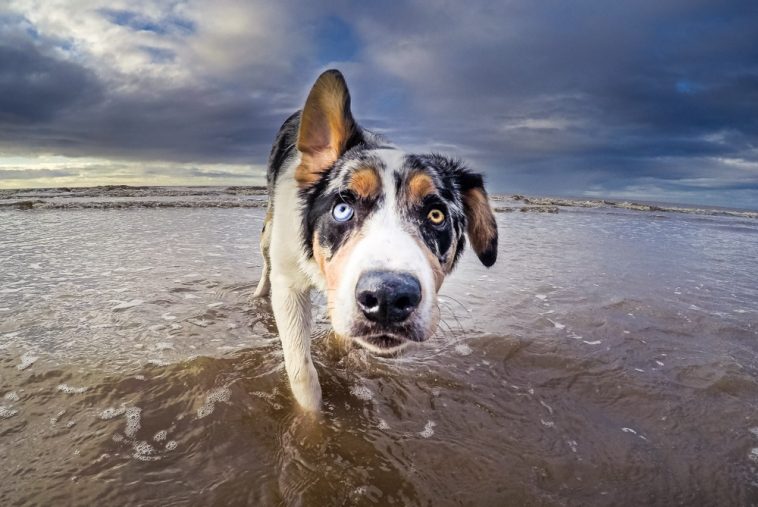 Well, time flies so fast! It really doesn’t seem long ago since I first set eyes on the 8 week old little bit of fluff that was Malc, the border collie, as a puppy. This week he turned six months old and time for an update on how he his getting ready for future adventures and travels with me 🙂

He really is turning into a most fantastic dog and companion. I am completely avoiding all temptation to push him too far before he has grown and his limbs get strong enough. No matter how much energy he seems to have or how eager he is. No longer the little, chewing fluffy terror he was.

At six months he is already a big lad. Above the average for age and breed and is 18 kg. That can make him look older than he his at times. But, if out with him, or playing you soon see the big puppy inside him that he is. 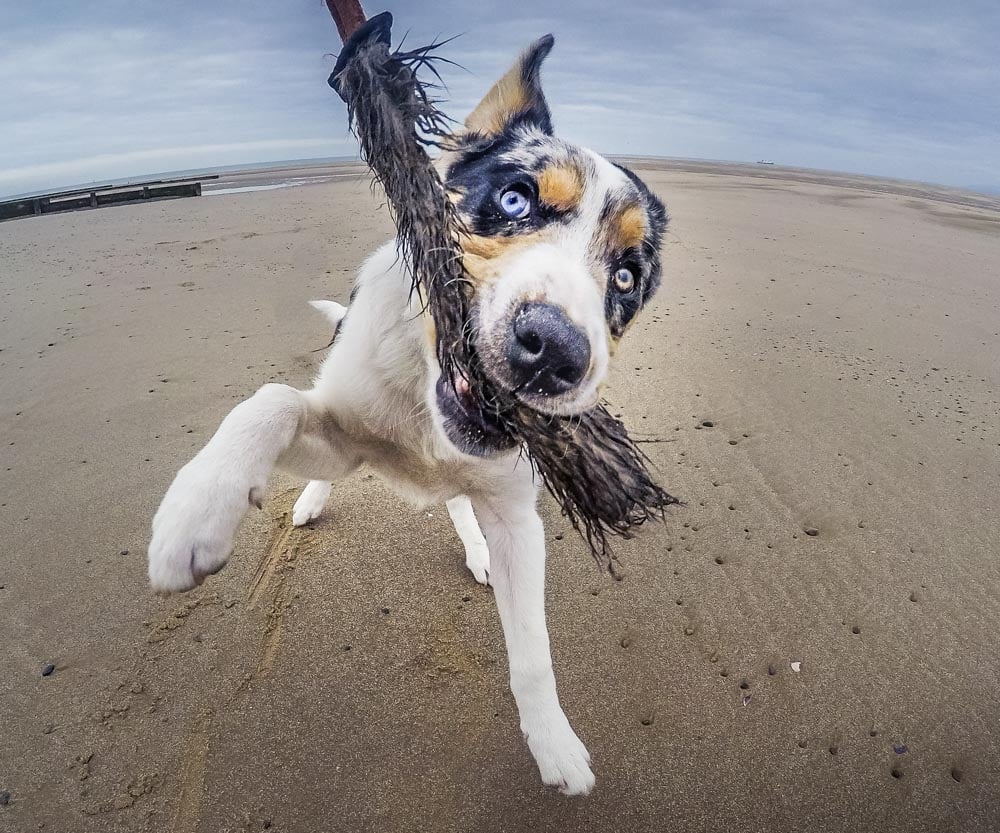 There are a lot of people that would automatically assume that he needs to be walked, lots! Border Collies are bred to work all day etc etc. I have stuck to my guns and conditioned him so far and it is working. I have stayed to approximately 5 minutes walk for every month of age twice a day, so now he gets half an hour or so.

The thing is, just like you and I, if I walk him too much he would just get fitter and fitter and want more to tire him out. You wil never tire a Border Collie just by walking more. I have found that separate to the walks I do trick training in close proximity for 10 minutes, three times a day. You know what? That one session of using his brain tires him more than a 30 minute run.

The other benefit of this is he has learnt so much on command. Weaving through my legs, giving a wave, taking a bow, speak, even playing dead. It is fun, rewarding and full of so much bonding and one on one. It only takes one or two sessions for him to get a trick, so clever and eager he is.

As well as all the above I still make sure he sleeps 14 hours a day or so. This has helped avoid so much of what inexperienced collie owners get. Chewing, nipping, destructiveness. He has been used to downtime in a quiet place since he came home so he is conditioned and is normal that he plays, learns, walks and sleeps. This will all help me when we start on mountains in spring. It will tire him out completely and he will sleep calmly without going silly. In fact! this last month he has learnt when he himself is getting puppy giddy as he immediately looks to me knowing it is crate and sleep time, no fuss 🙂 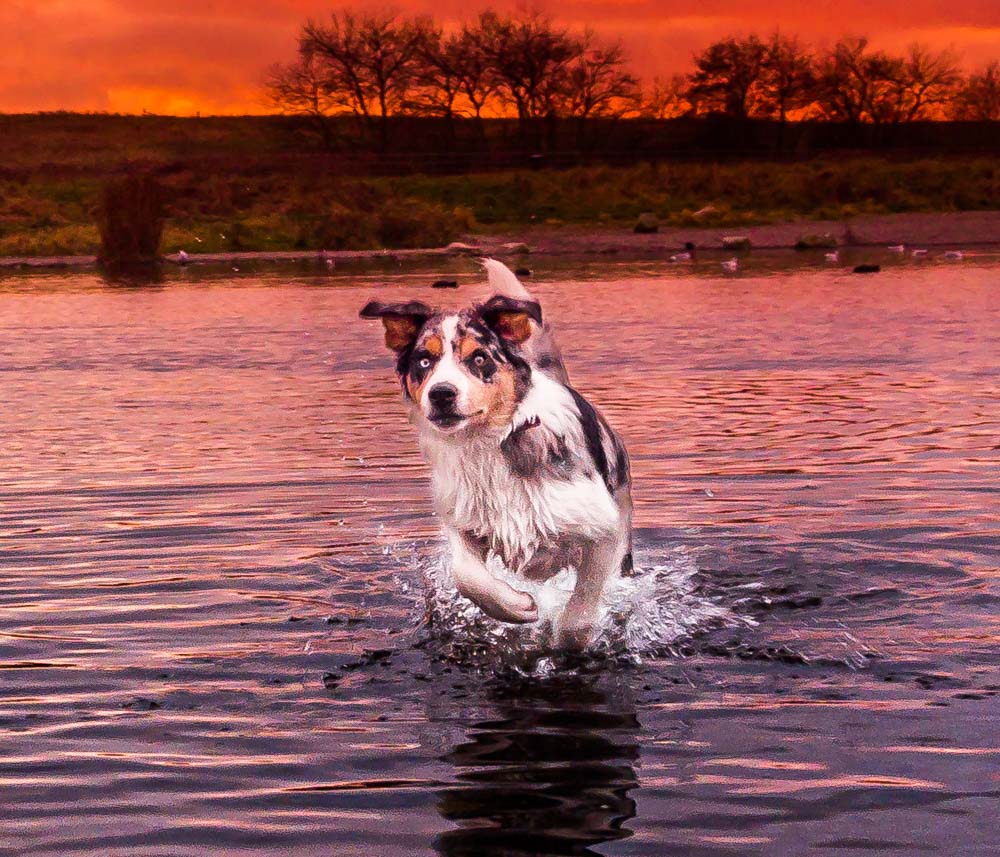 He loves the outdoors though, absolutely! As soon as he sees we are on a trail his tail swings wildly and he is checking the whole world around him out. I took him along the tops recently and he was in his element. Over the next month I will take him on his first little hill. He loves playing hide and seek in the deep grass and running up banks like he did on St Annes Dunes.

His ears, yes his ears are in the stage of doing whatever they want. One minute pricked up, next minute tipped down. He has started teething as well now so as his teeth come through that is when the cartilage gets stronger in the ears and then set later. We shall see how they end up!

I must admit with his ears down so far it is a reason many confuse him for an Australian Shepherd, with the colours and markings etc

Oh, and mud? Did I mention mud? My word he loves mud! He finds it, runs through it, and loves to wallow in it.  Oh and he enjoys herding the drone too 🙂 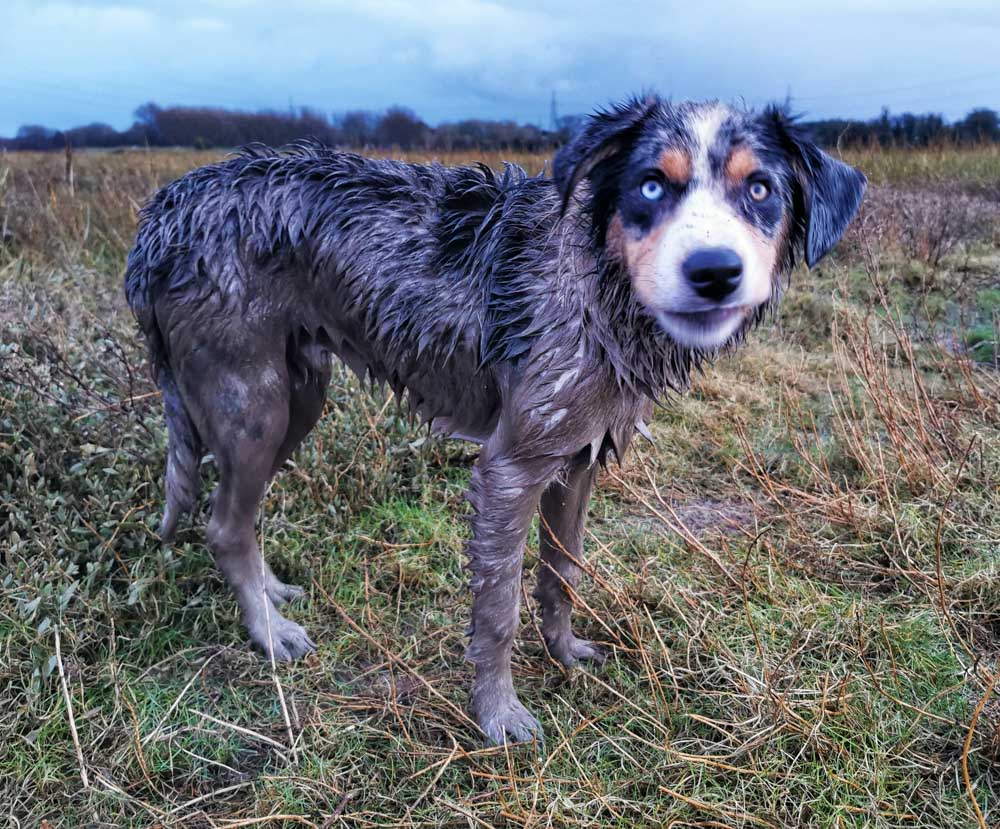 I am in the patience and carry on training phase. His joints will be fully formed before we know it and the obedience training will have set him up so I can keep him safe wherever I go. Ready to share mountain walks, hikes and camping trips together. Plus we can share some more luxurious times in dog friendly establishments for sure.

You know that bond you feel with a dog, well I feel that all the time. Many many years of travels, walks and experiences together that is for sure. Yes I have adolescence to come soon and I am sure to put all that and more in the next update here. Happy walking all! From Malc and I.