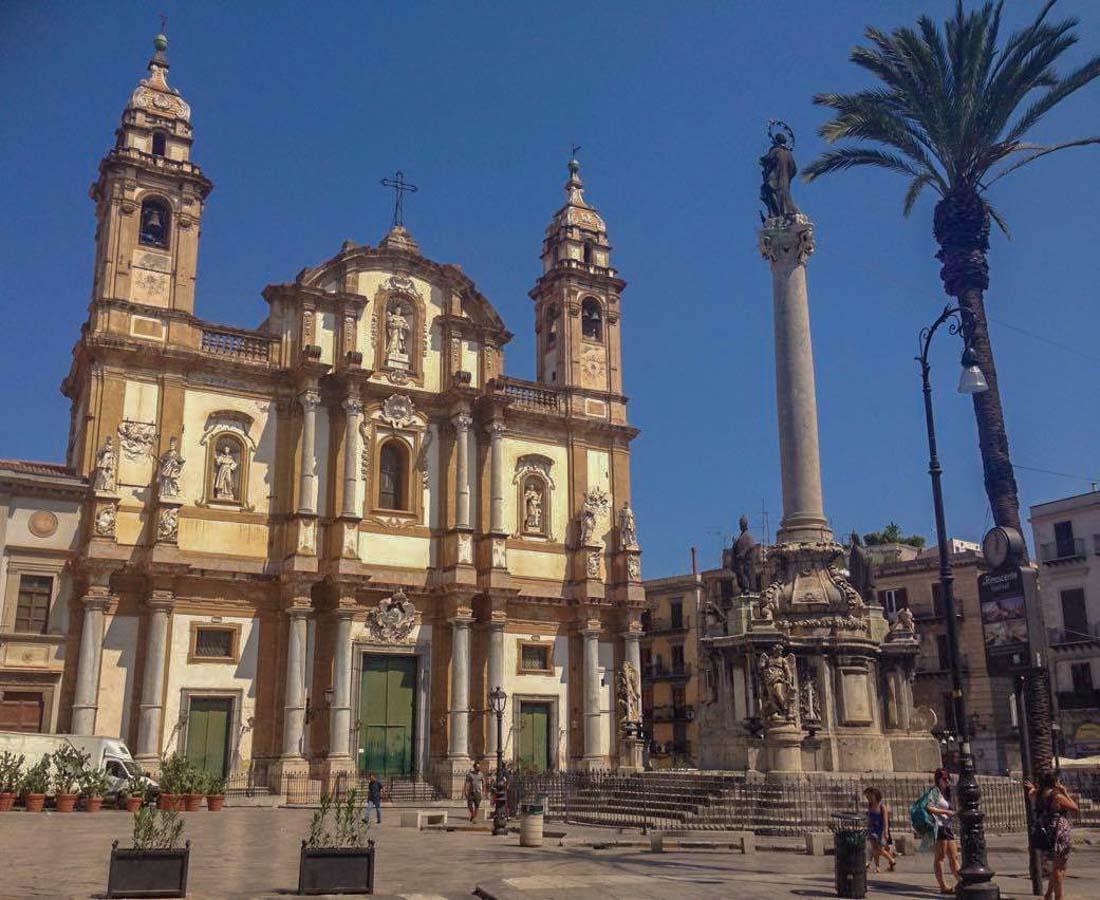 Sicily – the largest island in the Mediterranean – sits off the toe of Italy and is home to 5 million proud Sicilians.  It positively drips with history; with Greek temples, Roman aqueducts, Norman cathedrals and Arab Kasbahs dotted throughout the arid landscape. Palermo, Sicily’s capital city, is no exception – architecture buffs would be in their element, with countless churches, piazzas and TWO huge opera houses.

Alongside its buildings, Palermo is famous for its street food. Now I can appreciate a beautiful fountain but street food was what I was really looking forward to. With my Italian being as shaky as it is, I took some time before departure to learn the names of the things I wanted to try… and the things I didn’t want to try (skewered entrails and spleen sandwich topping that list). 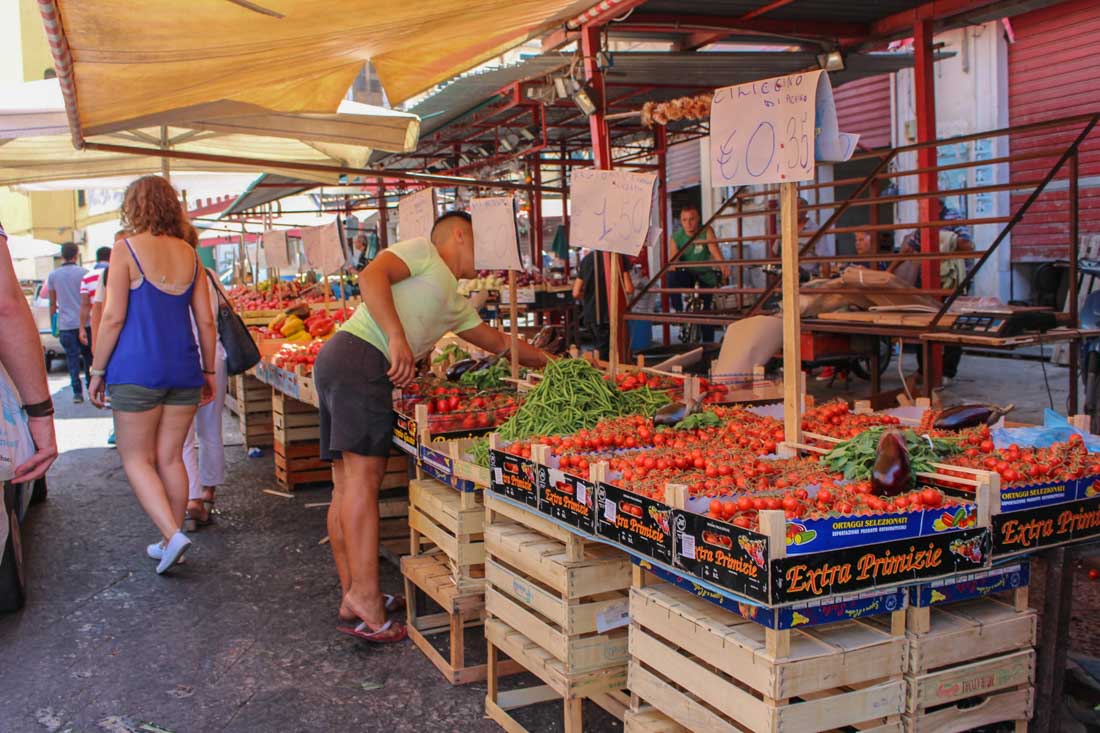 The best place for Palmeritan (i.e. from Palermo) street cuisine is in the city’s famous markets.  There are 3 large markets in the city centre – Vucciria, Ballarò and Capo – all selling a similar mix of fruit, veg, meat, fish and the sort of gaudy tat you hope your relatives won’t bring you back as a souvenir (sorry Mum) alongside multiple street food carts. 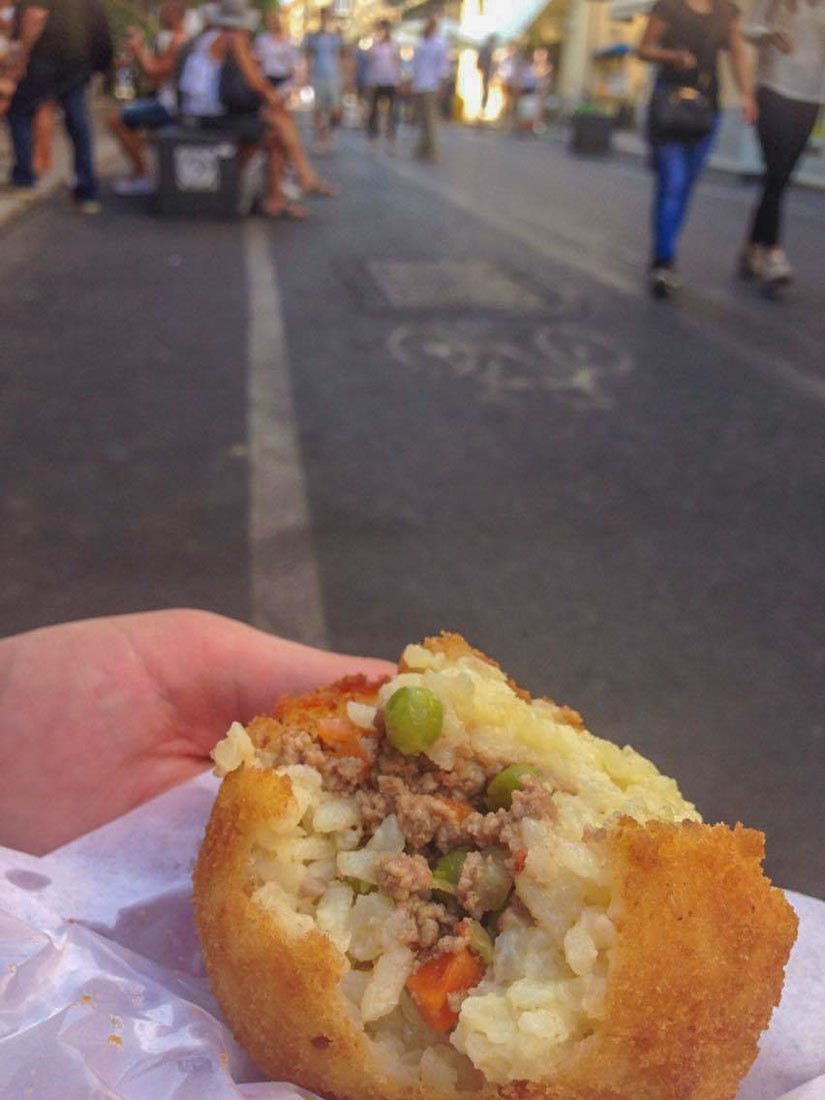 Most highly recommended was the ubiquitous Arancine – a delicious ball of rice stuffed with meat and vegetables and fried until golden (i.e. dripping with grease, glorious grease). One alone will fill you up whilst setting you back a purse-friendly €2. 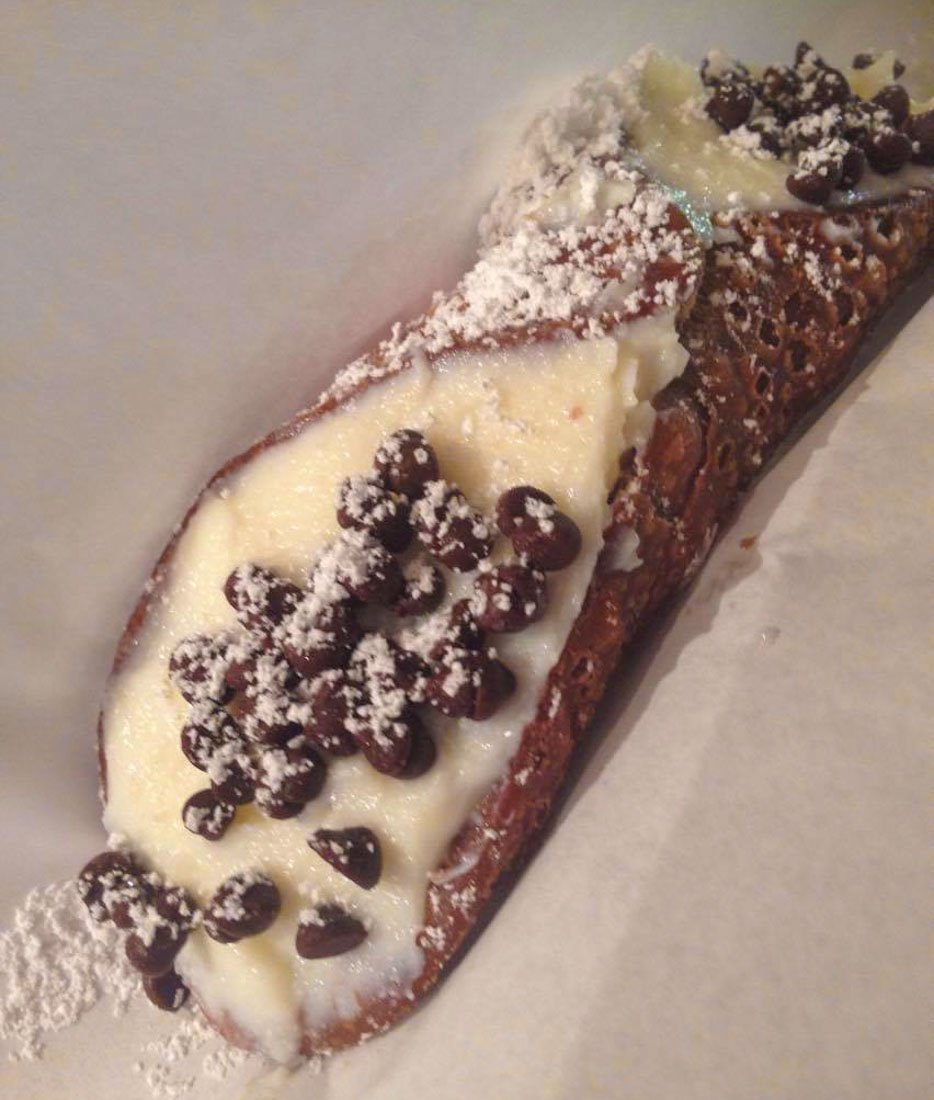 If you’re anything like me, after Arancine it was time for something sweet. Palermo delivers once more with Cannoli – small wafer tubes filled before your eyes with sweet ricotta cheese, dotted with dark chocolate chips and dusted with icing sugar. 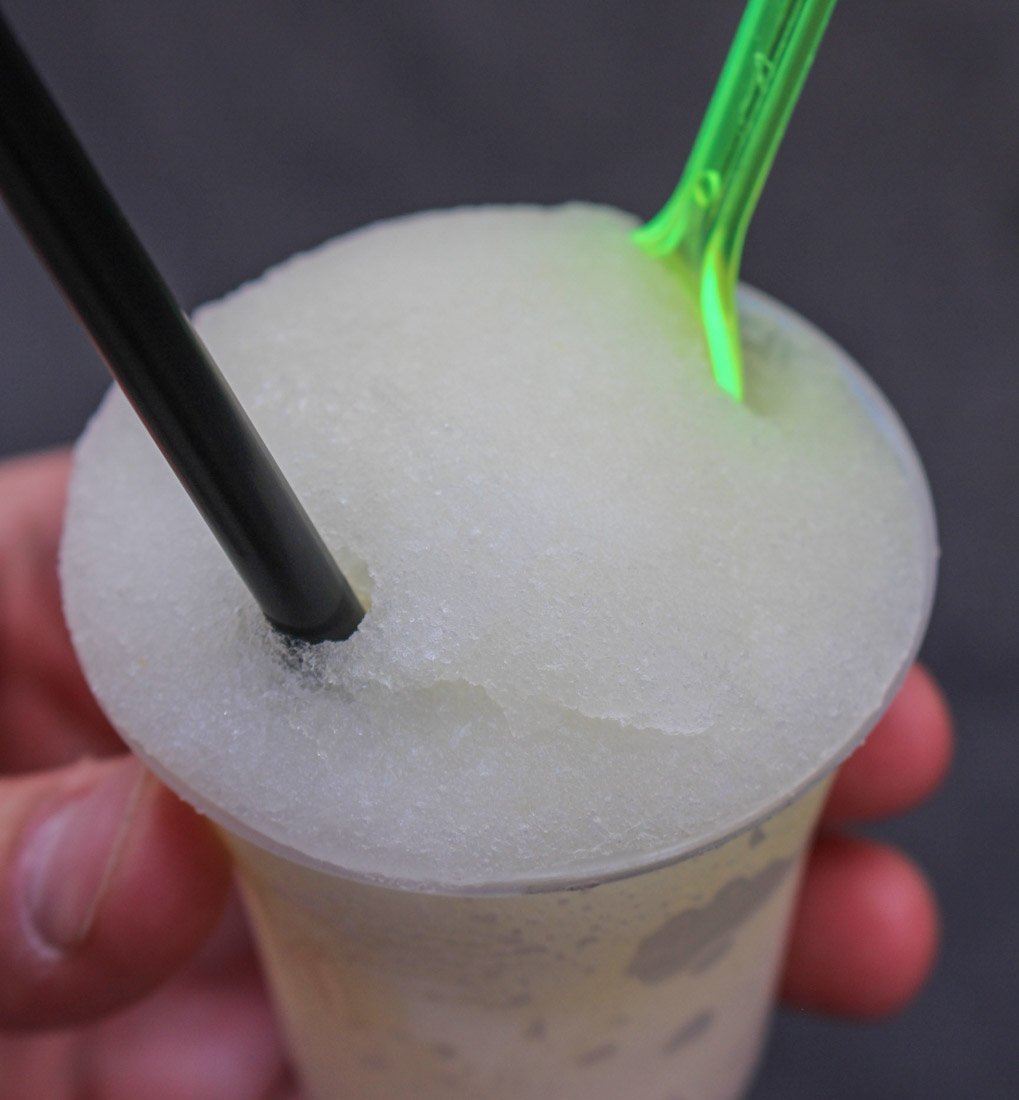 Sicily is hot. Not just hot, HUMID. The kind of “Walk for 10 minutes, need another shower” kind of humid. But they have the food for that too – Granita – a cup of sweet, frozen heaven made from sugar, water and various divine flavours. My favourite was limone (lemon); because you know, when in Sicily… 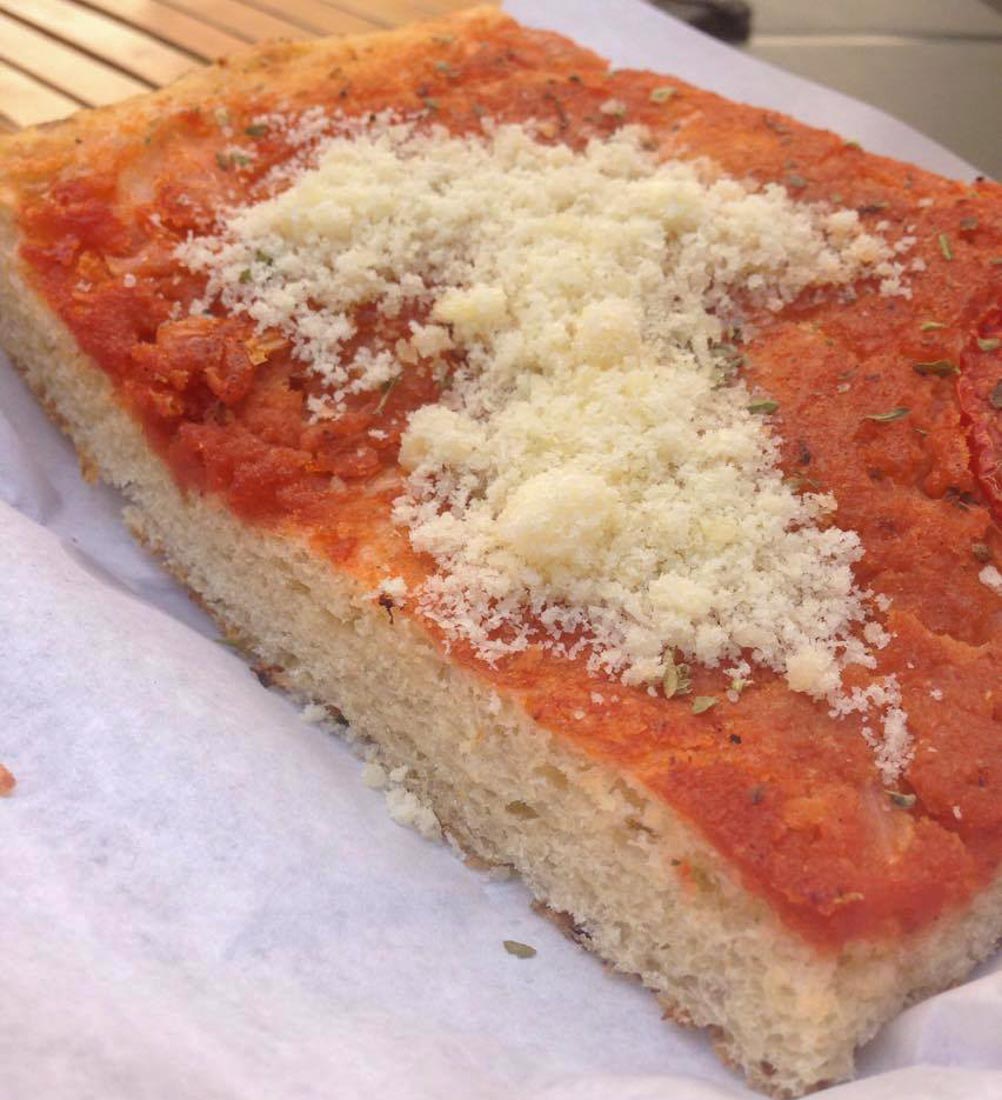 Sicilians are Sicilian first and Italian second; so there is even a Sicilian version of pizza – Sfincione – a thick, rectangular slab of focaccia slathered with tomato sauce, a token onion or two and an avalanche of grated hard cheese. Super cheap, super filling, super yum. 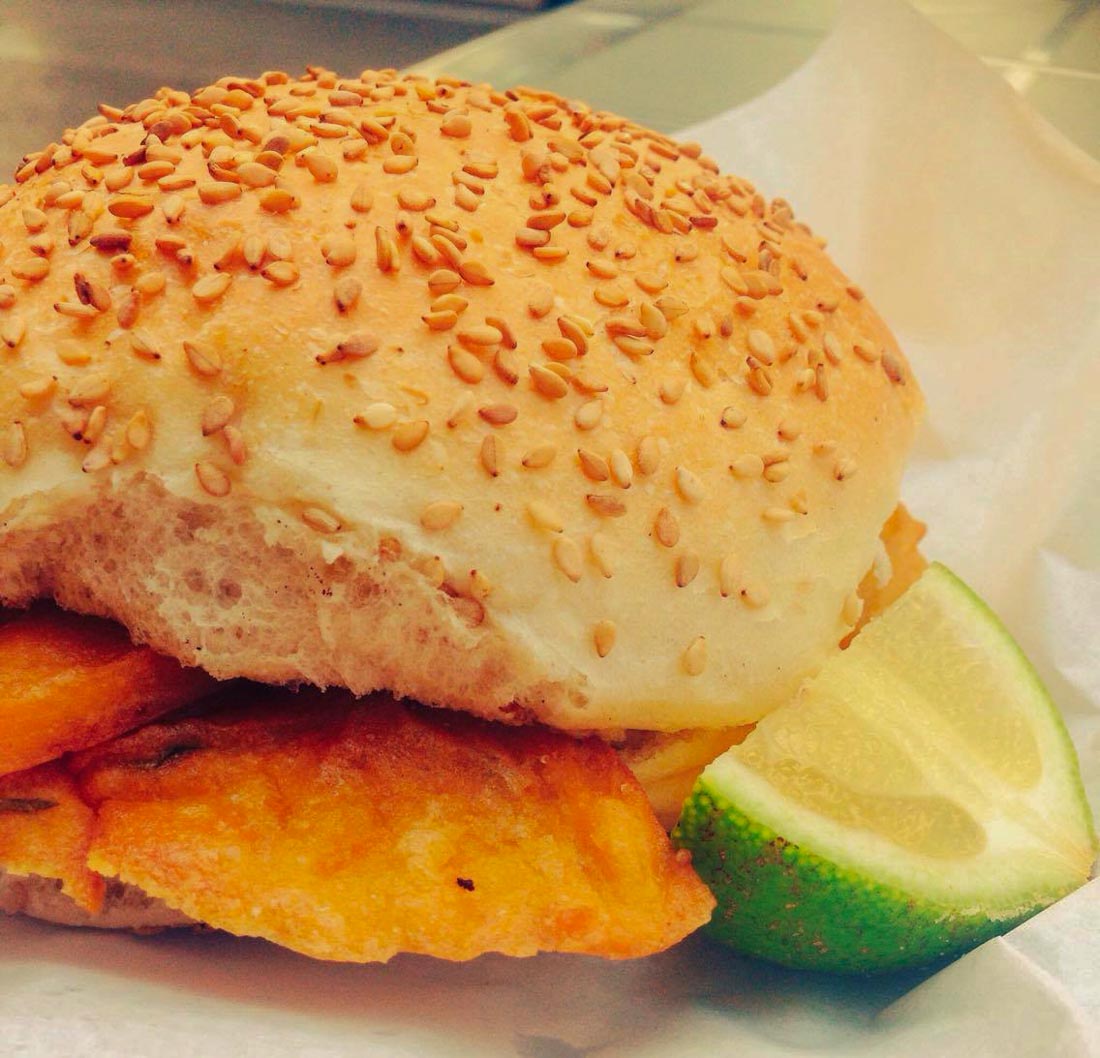 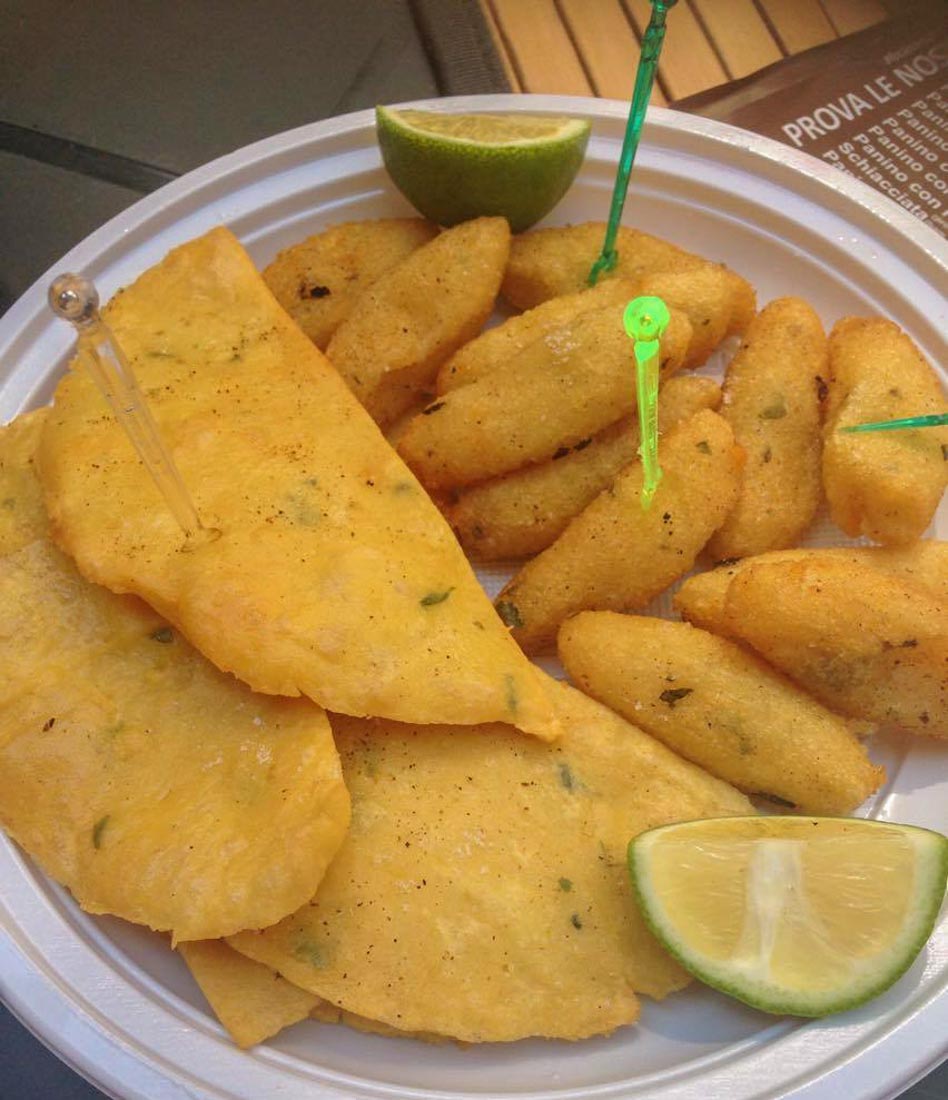 The city’s Arabic influences crop up again in Panelle – thin, spongy fritters made with chickpea flour and fried (of course). Complete with a squeeze of lemon or lime, they are served either in a sesame seed burger bun or on a plate alongside crocchè – like the croquet potato that used to grace your school dinner plate, but of course better – adorned with a hint of mint and divine with a squeeze of lime. 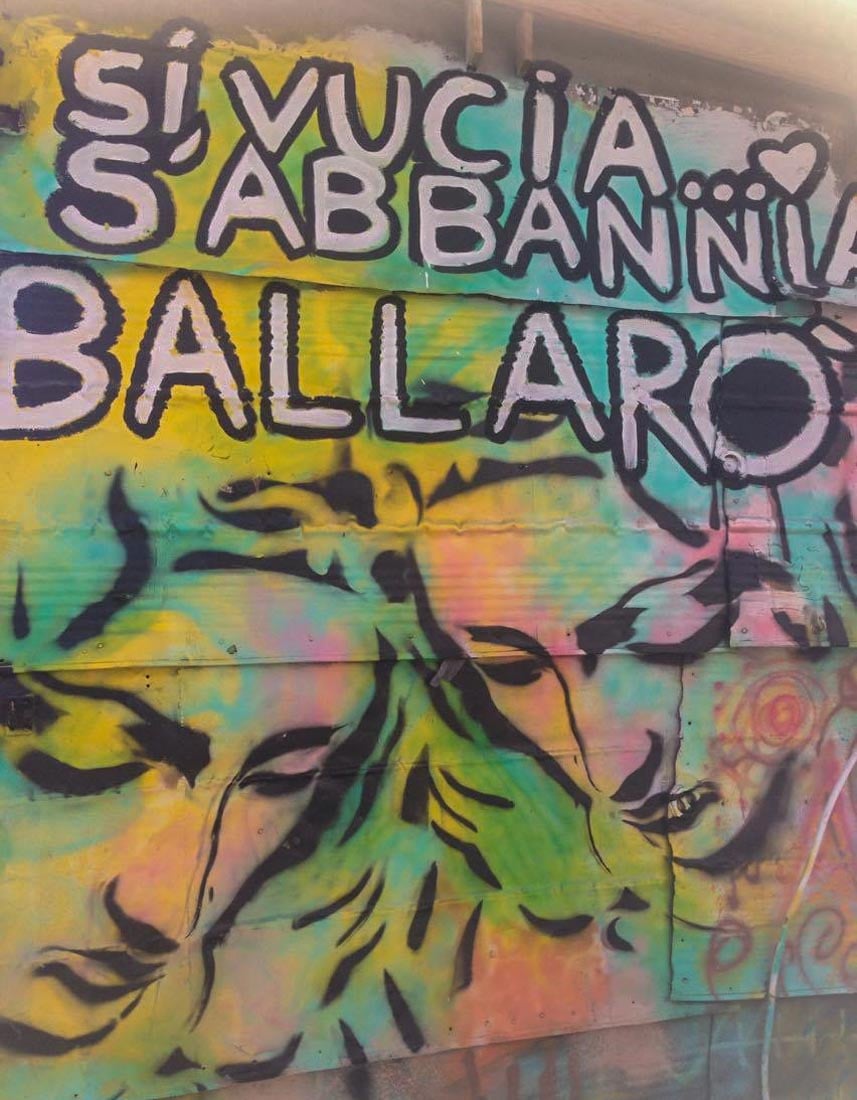 Our slow meandering following our noses through the markets of Palermo also showed us the artistic side of this melting pot city. 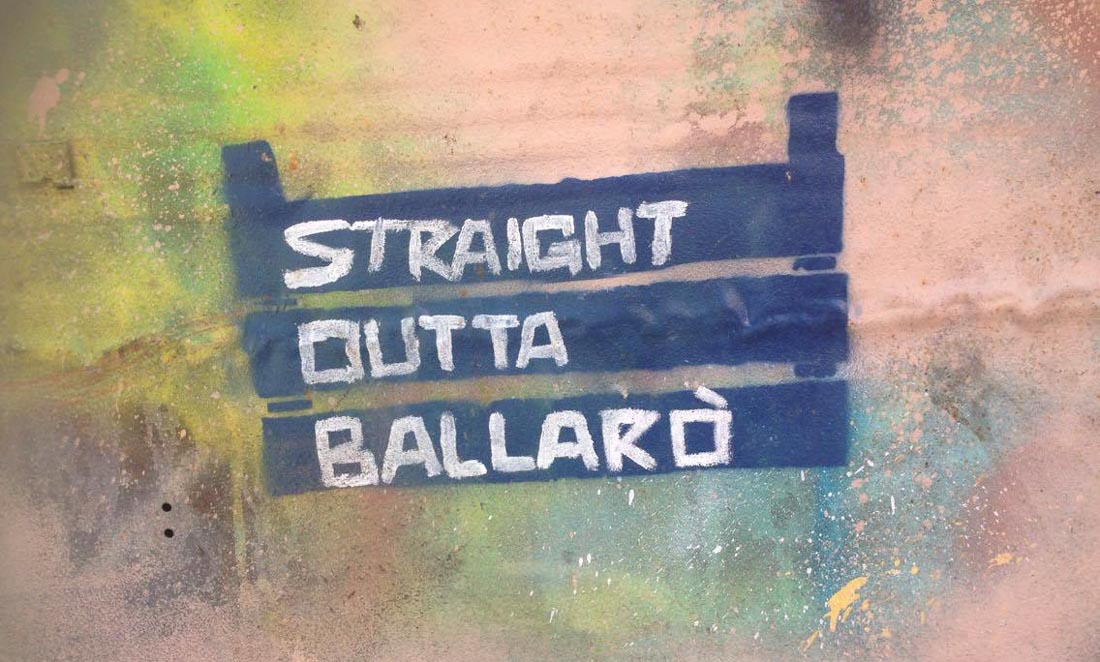 From the market walls and shutters shouted colour, politics and local pride. On one wall, a stencil graffiti mural of the highest quality; across the street, a racoon with artistic licence. 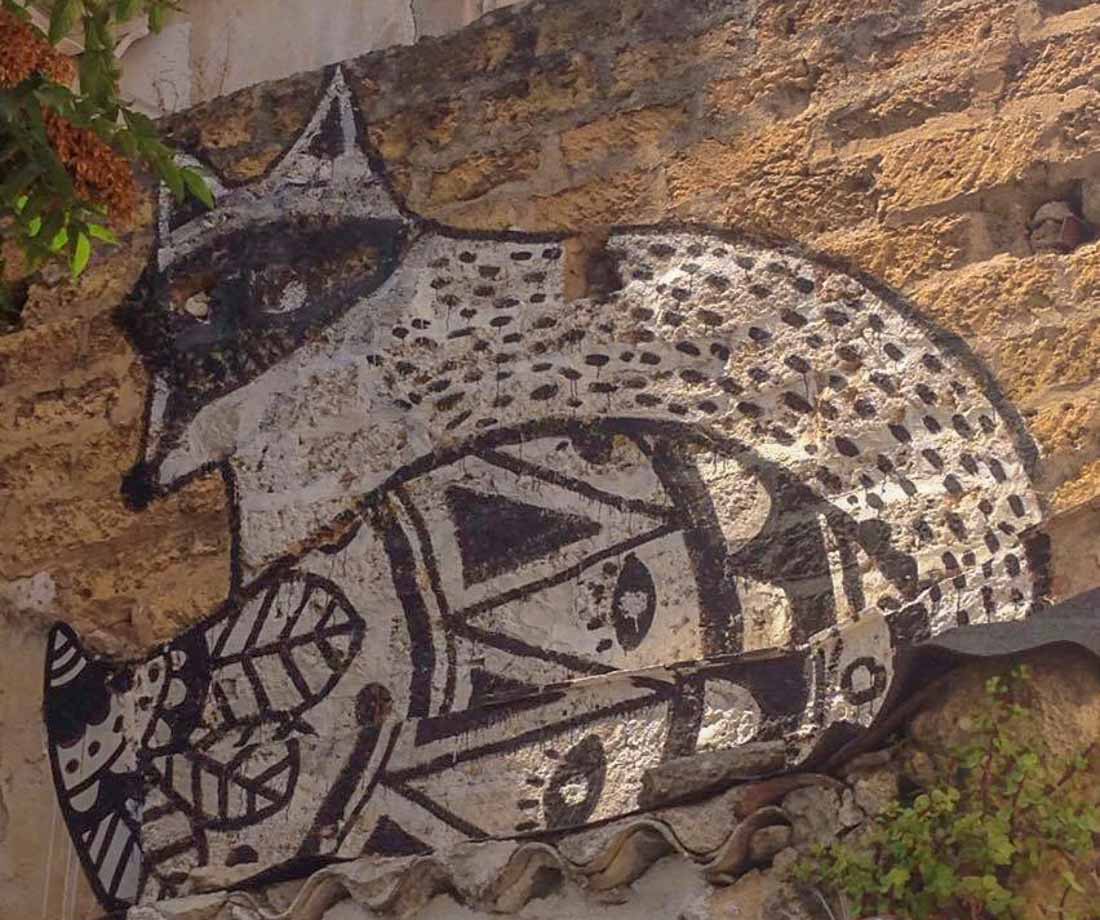 The perfect backdrop to another lemon granita, me thinks..