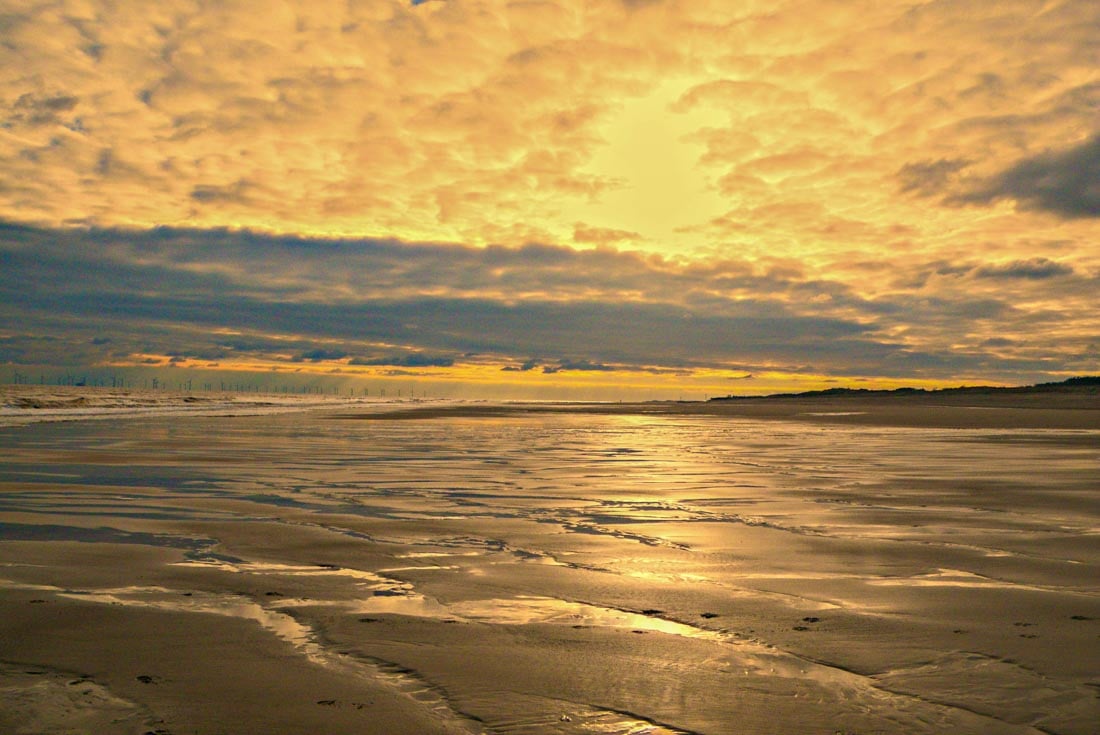 A part of unspoiled east coast, the fresh air and peaceful location combined with soft sandy beaches to wander and recharge the batteries, Chapel six marches, is my favourite Lincolnshire beach. Close to the Lincolnshire Wolds, this area is a haven for wildlife.

Chapel Point, which is just a mile from the centre of the village is a favourite spot for birdwatchers too, great for sightings of migrant birds such as the Mediterranean gull and occasionally a chance of spotting seals, I know this first hand, many years ago, and with the assistance of the R.S.P.C.A we rescued a young weak seal pup which was then transported to an R.S.P.C.A seal rehab center in Norfolk.

Chapel six marches is dog and horse friendly all year, the beach central to the village has dog restrictions at certain times and the water quality has been classified as excellent from the 2016 quality test.

If visiting the chapel six marches beach be advised that there is no lifeguard on duty, we visit purely to stroll with the family, give the dogs a chance to play and to collect a few pebbles or shells and basically to unwind.

The beach takes its name from the marshland located behind the sand dunes and attracts plenty of wildlife. On one recent visit I was lucky enough to spot a roe deer on the opposite side of the marches just as the sun was setting, a lovely end to a relaxing day on the beach. (Where’s your camera when you need it?) Oh, yes packed up for the journey home.

A more recent addition to chapel six marshes is the “Sound Tower” an art installation, part of the Structures on the edge project and designed by Rhys Cannon and Mathew Springett.

The Sound Tower is a landmark that can be seen from all directions and a great way marker when walking, it’s a viewing tower and it’s designed to resonate the sound of the wind which blows so vigorously across this area.  Well worth exploring!

Chapel St Leonards’ village is 8km (5 miles) north of Skegness and was once part of the parish of Mumby, this is where the name originates due to the chapel at Mumby being dedicated to Saint Leonard. “Saint Leonard of Noblac,” the patron saint of prisoners of war, political prisoners, captives, imprisoned people, women in labour and horses.

Skegness being the largest of the holiday resorts is where most will recollect as a holiday location and where you’ll find Fantasy Island, rollercoasters and Butlins holiday park, plus many other attractions such as the sea life centre.

Chapel St Leonards’ although having all amenities, plenty of accommodation, shops, cafes, pubs, and fish & chip shops however has a less invasive atmosphere in my opinion, feels more family friendly and has more open spaces. Each to his own but I do prefer open space to crowds.

During our first spontanious seaside visit of 2017 we parked up at the far end of the car park to the left of the sound tower, stopping briefly to enjoy the fish and chip dinner we had bought in the friendly village chip shop, very enjoyable I might add, and walked up over the dunes to the sandy open stretch of beach and unleashed the three dogs much to their delight!

We had the whole beach entirely to ourselves on arrival so the dogs galloped their way over the beach for a paddle in the sea. We continued in a northerly direction picking up shells and the odd pebble along the way while the dogs galloped about, digging holes and chasing each other like a crazy pack of loons, the usual.

The sun blessed us with its presence and made the wet sands shimmer, while to the south the clouds darkened giving the sky an odd divided appearance, blue skies with fluffy cloud to the north, dark looming cloud to the south.

Whilst walking along the beach for a half hour or so we’d noticed a couple of riders on horseback in the distance along the shore line cantering along together, and since the two youngest dogs, Smokey and Bandit need a little more training around horses we decided to move up the beach a little to give them some space as they rode by. Enough space for the dogs to see the horses but for us to take control if needed and avoid any yapping outbursts. Such a perfect day for a canter along the shoreline, so peaceful.

I heard a voice carried on the wind, thought I was going insane at first, then realized it was one of the ladies on horseback calling out asking whether someone could take a photo of her mother and herself on horseback as a memento of their beach ride together, passed me her phone, I took the shot and wished them well, they headed off again much to the delight of the horses who were clearly having a wonderful time on the beach. In fact, it was the first time on the beach for one of the horses who was making the most of it.

We continued our way having fun, getting our feet wet, drawing pictures in the sand, watching the dogs have a chase across the beach and scratching up our art work in the sand as they do! Time to head back, lots of fun had and feeling refreshed. We’d stopped until midafternoon but time was short if our son was going to make it to his RAF Air Cadets evening.

The following day I was reminiscing about our beach visit while drinking my morning coffee when my second eldest son rang me, James asked me about our seaside trip and whether his sister, Jemma had taken any photos of horses on the beach.

I wondered why he would ring me from work to ask me, so I replied well I had taken a couple of photos of a mother and daughter who were riding horses on the beach and the daughter asked for assistance in taking a photo on her phone of them together. James shocked me when he told me that the very same lady was right there in front of him at the garage where he works, she’d been in to pay her garage bill and mentioned the beach where she’d been riding the previous day and it all clicked! Life is full of surprises, embrace it and always remember we’re all connected in some small way, it’s a small world. I say “Embrace life and be spontaneous!”