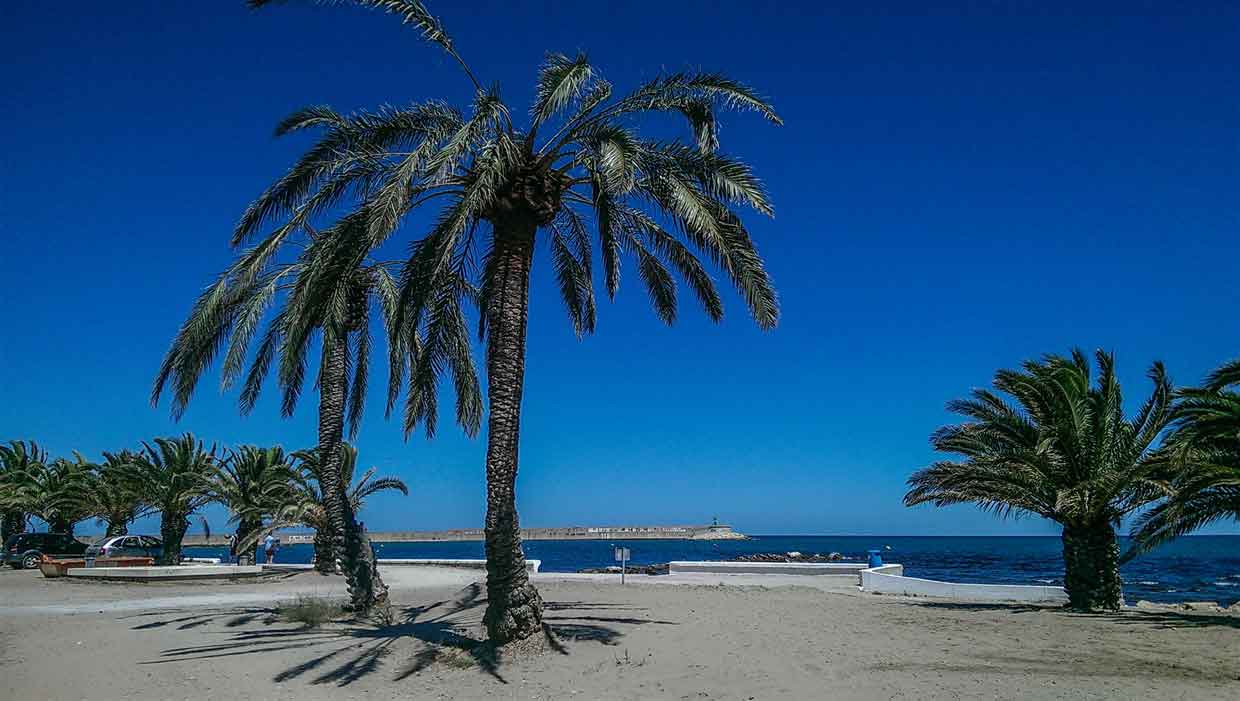 Let me tell you a tale. A tale about a small town in the province of Castellón, in what is called Costa del Azahar, along the Mediterranean coast in Spain. It is called Peñíscola and it sits somewhere between the well known cities of Barcelona and Valencia. Peñíscola is a beautiful little town, lively and full of character, a very popular holiday spot amongst Spanish tourists in the summer months (other nationalities like to visit too, it is just not as known as other Mediterranean areas).

The former Papal Residence is on the official list of Spain’s most beautiful towns. In fact, in the province of Castellon there are three towns that make that list; the other two are Morella and Vilafames. In 1972 Peñiscola was declared to be an Historical Conservation Area.

There is some history behind Peñíscola. There is a castle, called Castillo del Papa Luna, or Peñíscola Castle, a very popular attraction nowadays. The castle is part of the tale. It sits on a rock about 64 feet above the sea, a rock which is joined to the mainland by only a narrow strip of land and, due to its strategic location, was wanted and taken by all sorts of invaders in the past: the Greeks, the Romans and the Arabs amongst them.

When James I conquered the territory there was already a Moorish fortress there; he gave it to the Knights Templar, who had helped him with the war, and they built the castle on the remains between 1294 and 1307.

Later, in the 15th century, Pope Benedict XIII (Papa Luna”) moved in for 6 years until he died, making small alterations and transforming it into a palace in the process. Since then, there have been a number of alterations to the castle, even the addition of a couple of walls in order to shoot a Spanish film called El Cid in 1960!

When in Peñíscola visiting Castillo del Papa Luna is a must: if anything, the panoramic view from the top of the castle is breath taking, and it is worthwhile climbing all the steps to the top for the fantastic view.

The cobbled streets in and around the castle are quite steep, but quirky and quaint, with small bars and shops embedded within the beautiful white buildings that make the original Peñíscola. The tale says history, power, turmoil, fighting… yet also beauty, inspiration and calm, life now no doubt somehow shaped by all those past events.

The producers of Season 6 of Game of Thrones used the coastal town of    as a filming location. Peñiscola became Meereen, which is the northernmost and greatest of the three great city-states of Slaver’s Bay. If you are not acquainted with the series, this is the city in which there are around three slaves for every free man.  But Meereen ends up being the city taken by Daenerys Targaryen – mother of dragons or Khaleesi – to free those slaves with their army.

The Artillery Park appears in episode 4 of Season 6, when Tyrion, Missandei, and Gray Worm stroll, deciding on the future of the city. The Artillery Park is a botanical park with beautiful palm trees, olive trees and lavender.

Traditionally a fishing village which became popular with Spanish tourists and then became more well known with international tourists.  Peñiscola is synonymous with its delicious seafood and there are around 200 restaurants to choose from in Peñiscola.

Of course, there have been plenty of additions to the original town: there are quite a few hotels, bars, restaurants, shops and other residential buildings, as well as a lot of small houses built on the hills behind the town and overlooking the stunning coastline and cosy seaport.

With it’s five kilometres of fine sand, making it the largest beach in Peñiscola and one of the best of Castellón province. Flanked at its southern end by the Castillo del Papa Luna, extending north to the neighbouring town of Benicarlo. The beach is award winning and has amazing azure blue sea views.

This beach is located near to the fishing port, this is a fine sandy beach around 850 metres in length and is characterized by its calm waters that are sheltered by the breakwater.

A quiet place where you can watch the lovely sight of the ships coming into port and the presence of the Nautical Station, Benicarlo – Peñiscola, where you can practice sailing, windsurfing and other water sports.

This is a small beach of 110 metres in length, located next to the South Beach where you can enjoy the tranquillity of the Costa de Azahar and the warm Mediterranean waters.

The main beach is long with golden sand, and it has been stretched and filled in by man over the years to now join the other side of the bay where the town of Benicarló sits. Benicarló is not as spectacular.

Nevertheless, it is a nice little market town with a lovely beach and port, a more relaxed location at the other end of the bay which is worth visiting for a quieter experience in a quieter though still busy beach.

A hidden gem in the Mediterranean, which will hopefully remain fairly hidden and enjoyed by all those looking for a slightly different kind of break. Am I letting the secret out…?

Primary School teacher, originally from Spain and mother to two now teenagers, who loves travelling and snapping away wherever I go