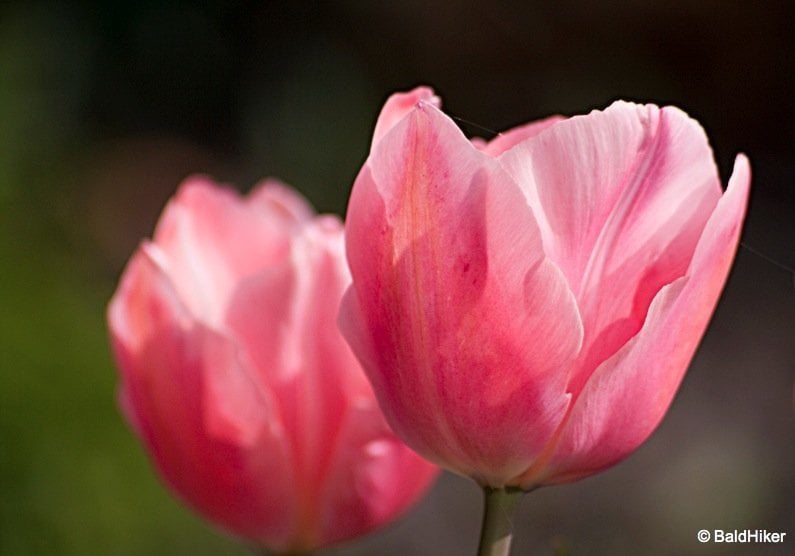 As I’m born and raised in the Netherlands, so it is no surprise there had to come a post about tulips at some point.

As the tulip is known worldwide to be closely related to the Netherlands. Just like wooden shoes (no we don’t all wear them everyday) and windmills (don’t ask…we live in normal houses).

Although the Netherlands is one of the biggest export countries of tulip bulbs and famous for its colourful tulip fields, the flower finds its origin in Turkey.

Originally cultivated in the Ottoman Empire, tulips were imported into Holland in the sixteenth century. The sultan was very precious about his tulips and they where only given away as gifts to famous guests. One of these guests was Ogier Ghiselin de Busbecq, ambassador to the Ottoman Empire.

Busbecq on his return to Europe gave some of these tulip bulbs to a Carolus Clusius.

At that time Clusius was head of the imperial medical garden in Vienna. After he left Vienna in1593 he became a prefect at the Hortus Botanicus in Leiden.

He brought his tulip bulbs and planted them in the garden, he was experimenting with them and studied them. One night his garden was raided and the bulbs were stolen. This was the start of the tulip trade in the Netherlands…

Carolus did a lot of work and study on Tulips ‘breaking’. This is where you get multi-coloured tulips with flame like effect. His research showed that it is actually caused by a virus.

In Turkish culture the tulip was a symbol of paradise on earth and had almost a divine status.

The gift of a red or yellow tulip was a declaration of love. The flower’s black center representing a heart burned by passion….

The Price of Tulips Bulbs

In the 17th century during the Dutch Golden Age there was a period in the Netherlands called Tulip Mania.

During this time the contract prices for tulips bulbs, of the just recently introduced tulip, reached extraordinarily high levels and then suddenly collapsed.

To put that into perspective the average annual income was in that time about 150 guilders (65 euros).

10 Tips For Looking After Your Tulips

1. Buy your tulips fresh, make sure most haven’t opened yet. Always have them wrapped when taking them home, tulips don’t like temperature changes.

2. The tulips are stored at the flower auction under the best conditions. The temperature changes are minimal. When the temperature rises, the moisture in the tulip evaporates faster and the quality of the flower deteriorates. Tulips don’t like sudden changes in temperature.

Therefore, do not immediately put them in a vase when you get home! Leave the wrap around them and place them in a dark place in a bucket with just a few centimeters of water in it. This way they can absorb the water, regain their shape and at the same time they get used to the temperature in your home. Leave them there for 30 minutes before putting them into a vase.

3. When putting them in a vase make sure the vase is clean! Lots of tulips that are grown in greenhouses are very sensitive to bacteria.

4. Add a small scoop of sugar to the water, this will keep the water clean longer. Sugar has an antibacterial function that protects the tulips against bacteria.

5. Fill the vase with just a few centimetres of COLD water, the cold water slows down the growth. Remove any leaves touching the water. Change this water daily. This will make your tulips happy and they will live longer.

6. Don’t put your vase near your central heating or in a very sunny spot in your house. Your tulips will be happiest in a cool, draft-free place, avoiding direct sunlight.

7. Don’t place your tulips near a fruitbowl! Although it might look pretty and colourful, ripening fruit produces ethylene gas, which makes tulips wilt more quickly.

8. Some of you might want to combine the tulips with other flowers into a bouquet. Which is a fabulous idea but some flowers just don’t go well together and I don’t mean visually. The tulip doesn’t get along with a daffodil. The daffodil deposits a certain mucus, which quickly leaves the tulip hanging.

You can combine the tulip with some green branches or create a beautiful field bouquet of tulips, hyacinths and delphiniums. Just avoid the daffodils.

9. As the tulip continues to grow, the stem becomes longer and weaker. You can interrupt the tulip’s growing process with the help of a needle.

Punch it through the stem just below the bud. This way the tulip will keep the same length.

I’m sure some of you reading this will think too late now my tulips are already hanging… Your tulips might still be saveable. Just punch the needle through the stem just below the bud. Then wrap the flowers tightly in newspaper and leave them in the water overnight, this will regain a tulip’s firmness.

10. When your tulips do keep growing, there’s no harm in cutting them regularly. As long as you use a really sharp knife to prevent damaging the stem and thus the intake of water.