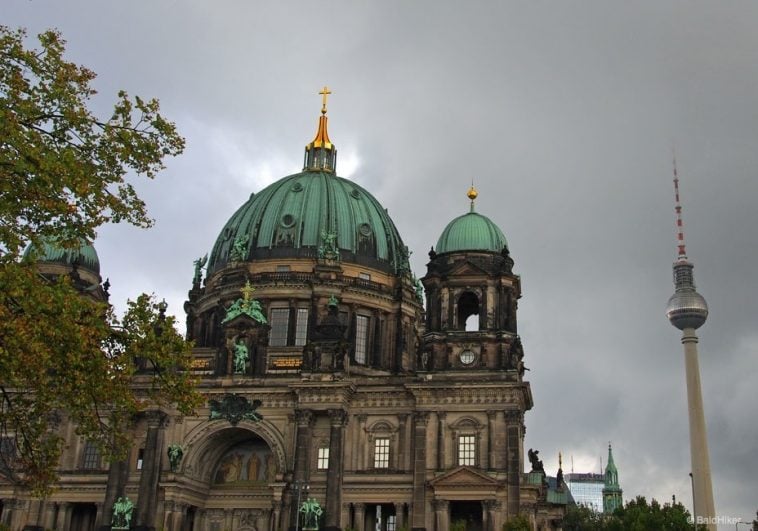 A day to explore. And for exploration you cannot go wrong from the centre of Berlin. The Hostel I was based at provided us with an enormous amount in any any direction. We turned right out the door and followed our noses. Through museum island around to where the grandeur of Berlin Cathedral (Berliner Dom) stands proudly in its own open space. 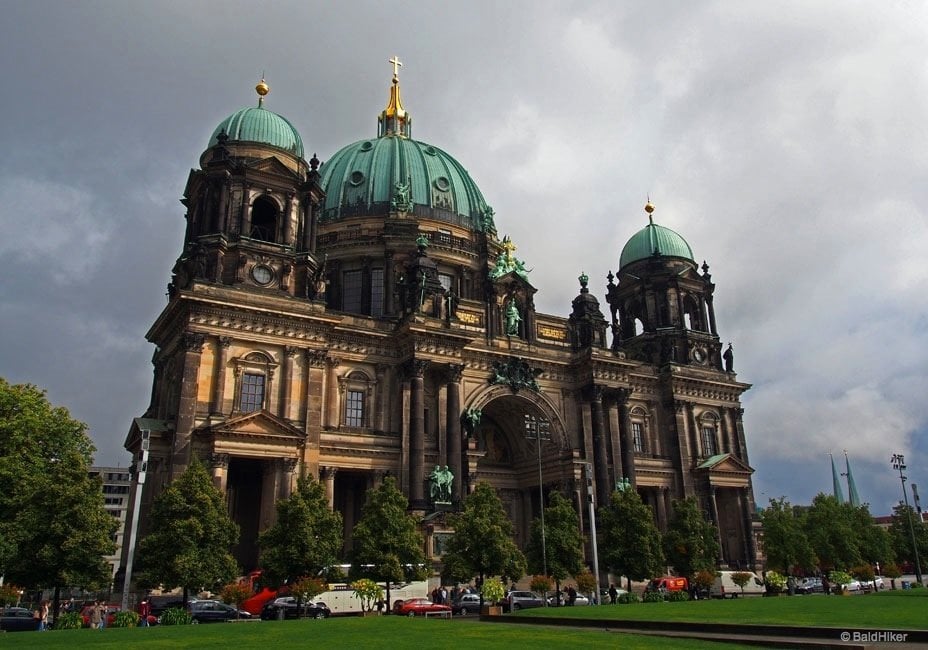 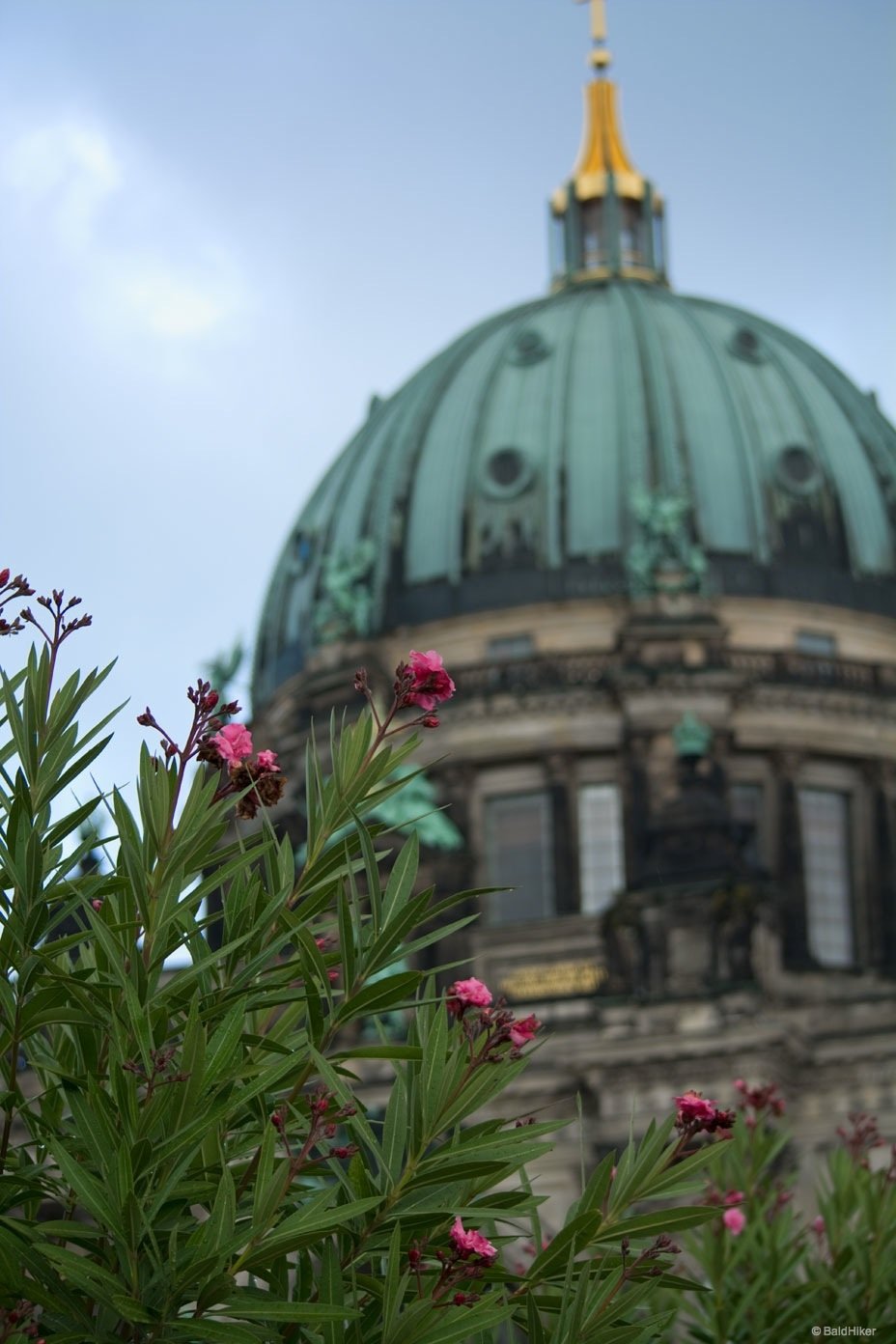 A cathedral that has never technically been a cathedral. It has actually never had a Bishop in its seat. But sure it looks grander and more cathedral-like than many in the world. In the 1400s a chapel once stood on this spot and modestly grew over the centuries. Still, in the 1890s King Frederick William IV, whom lived next door in the ruling castle at the time, decided that the place deserved a great worthy cathedral. It was finally completed in 1905. 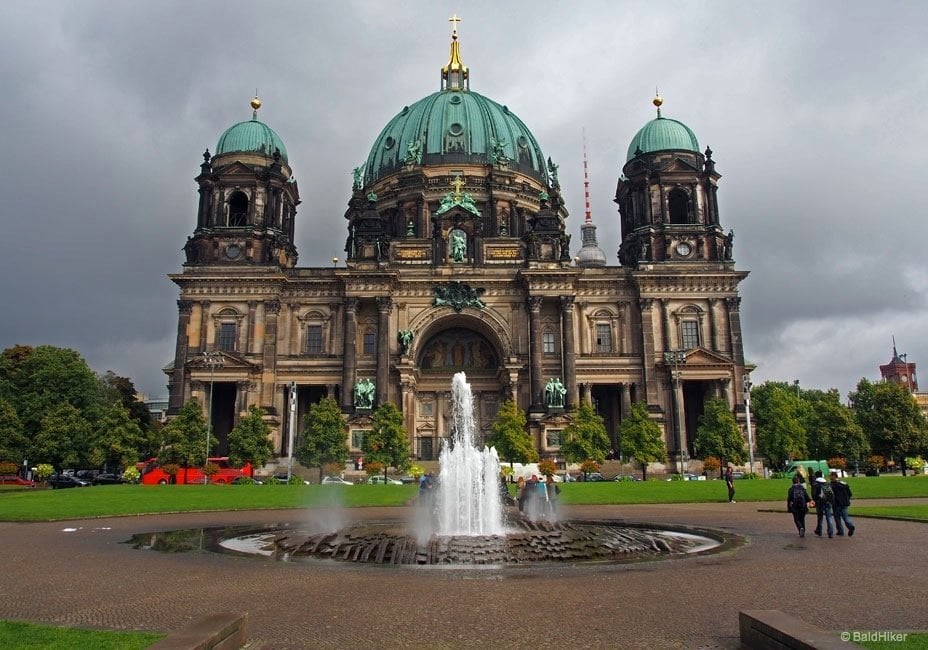 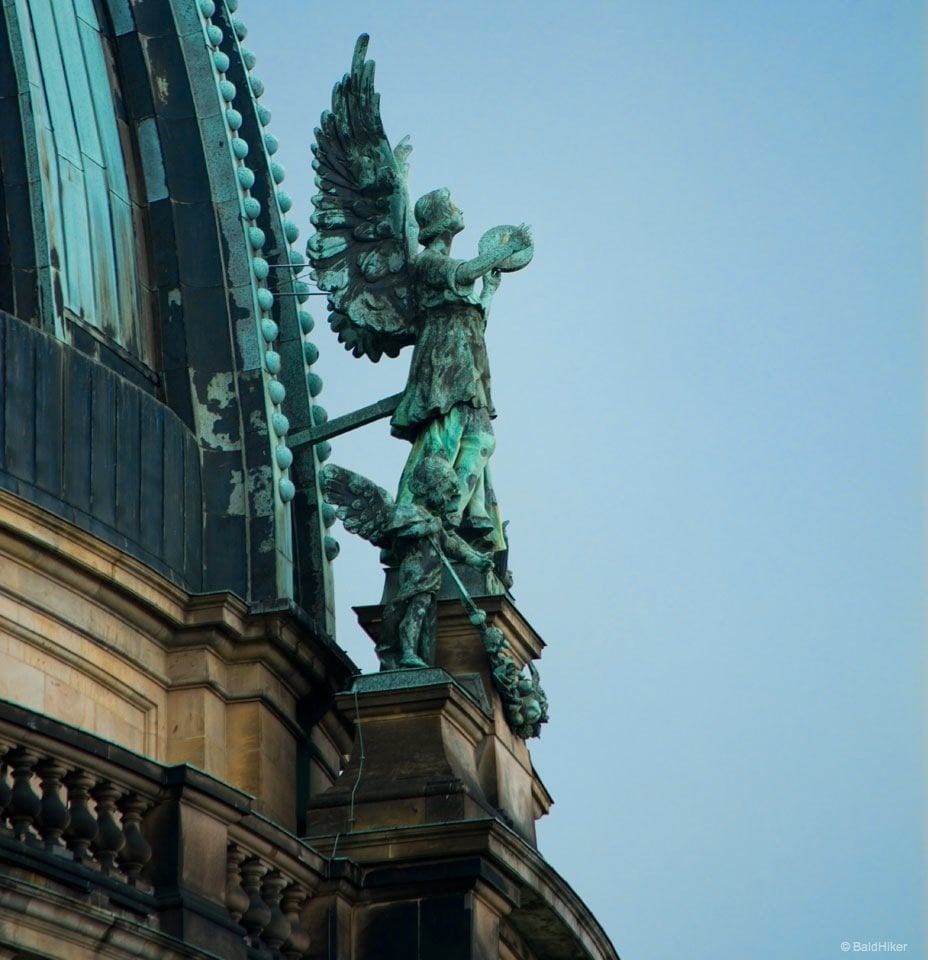 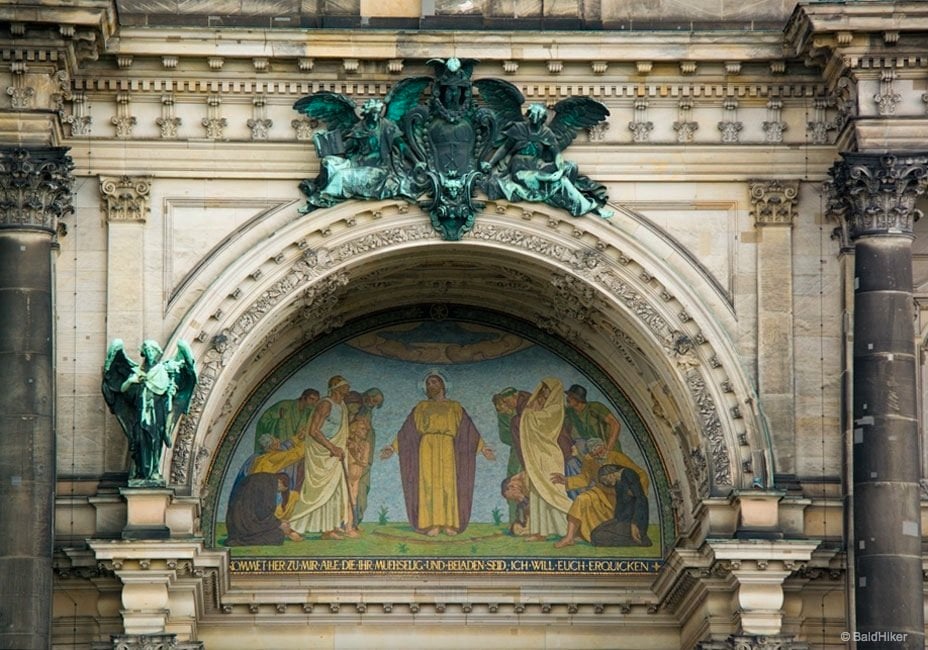 It was badly damaged by war in the 1940’s and naturally fell into the East side of Berlin thereafter. It remained damaged until a little restoration in the 1970s but after German reunification the complete restoration was completed in the 1990s. Today, even on a rainy day when we were there, the tourists came and surrounded it in their droves. Camera phones in every direction, people lying in all sorts of places trying to get it all in shot 🙂 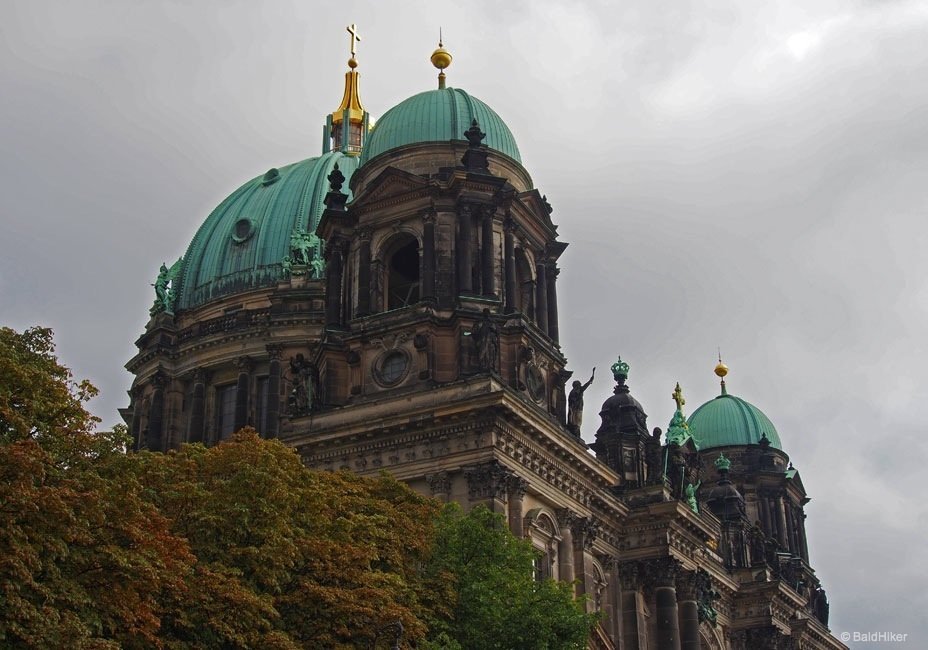 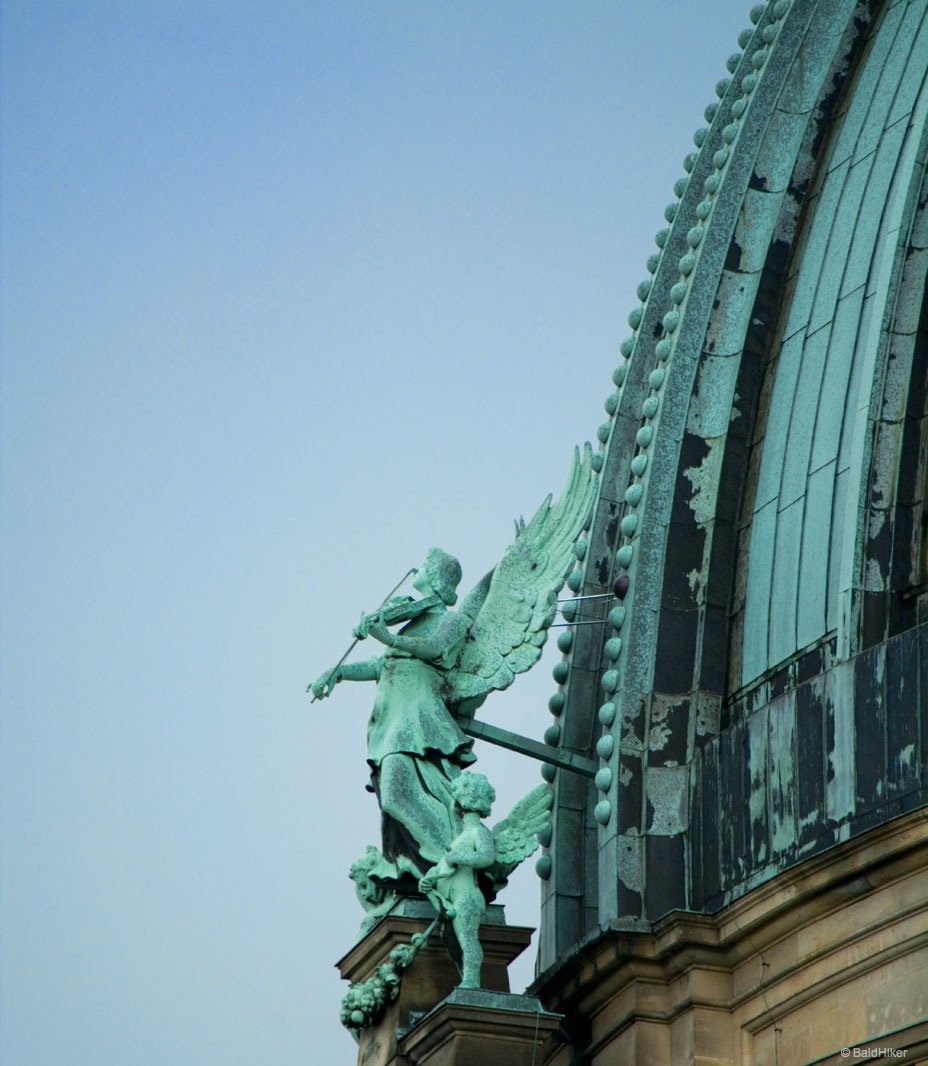 From the Dom there is one other landmark.. that really can’t be missed. In fact it can’t be missed from a lot of places you stand in Berlin. The TV Tower ( Fernsehturm) of Alexanderplatz, the tallest structure in Germany at 368 metres. It was and still is a symbol of Berlin, used by much of the cities logos. 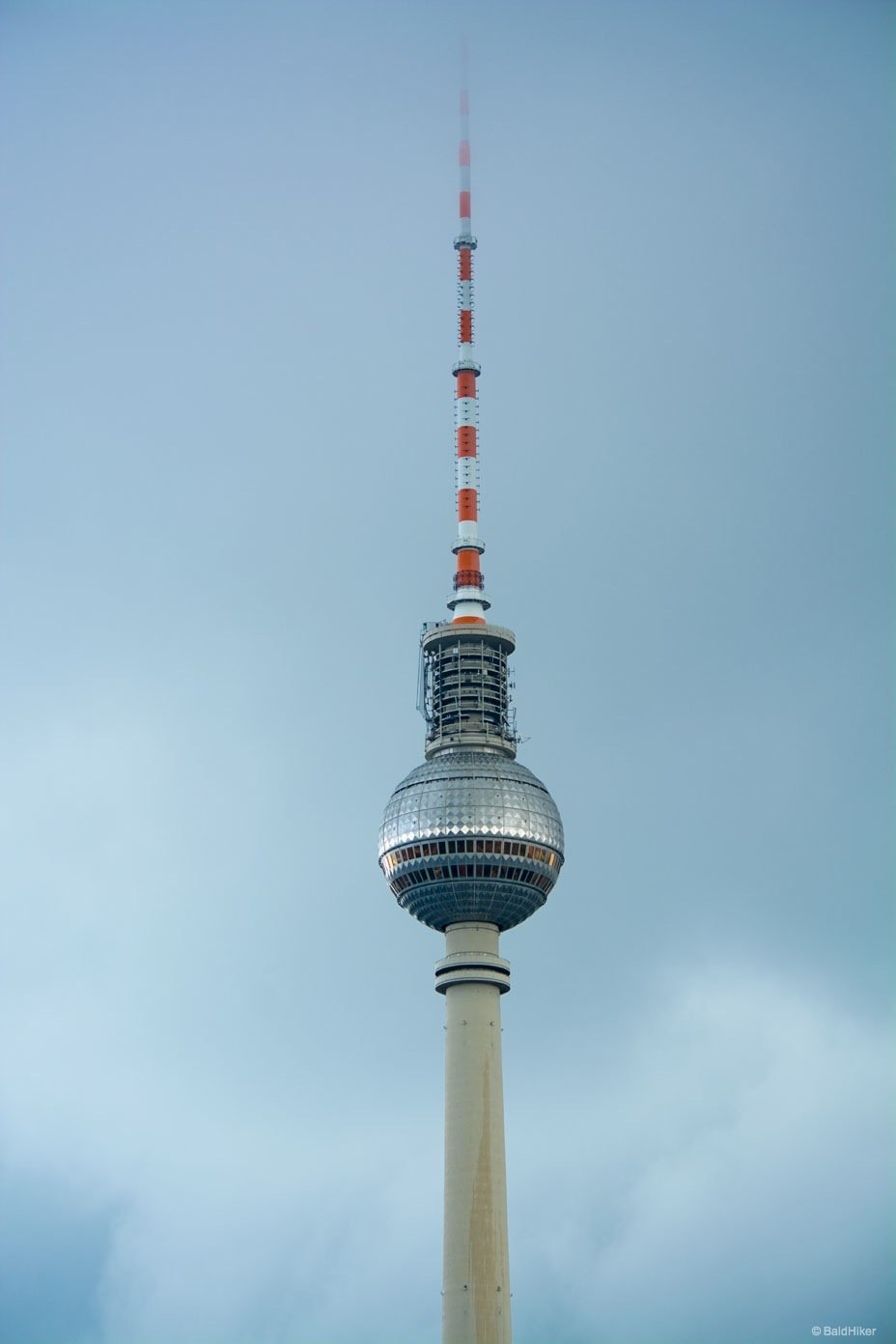 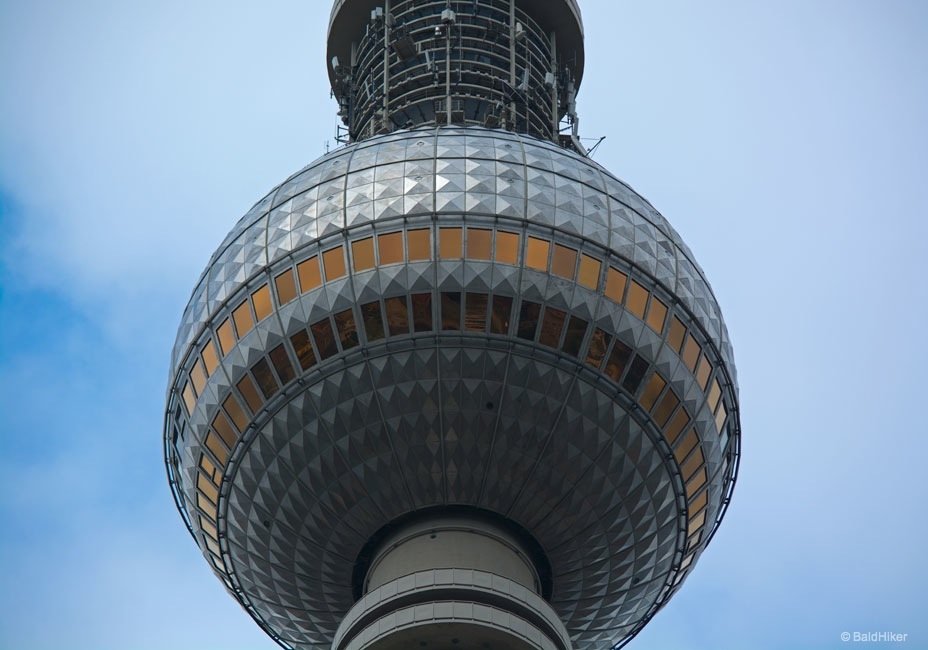 It was en route to the next destination of the days exploration so we took a closer look. Alexanderplatz is an open concrete style pedestrian zone that was not far into the old East side. In the 60s the GDR wanted a TV and Radio tower and placed it here as a show of strength. What they didn’t bargain for was that the steel reflected the sun onto the ground into the shape of a cross.. creating local nicknames like ‘The Pope’s Revenge’, in a day when religious symbols were banned. 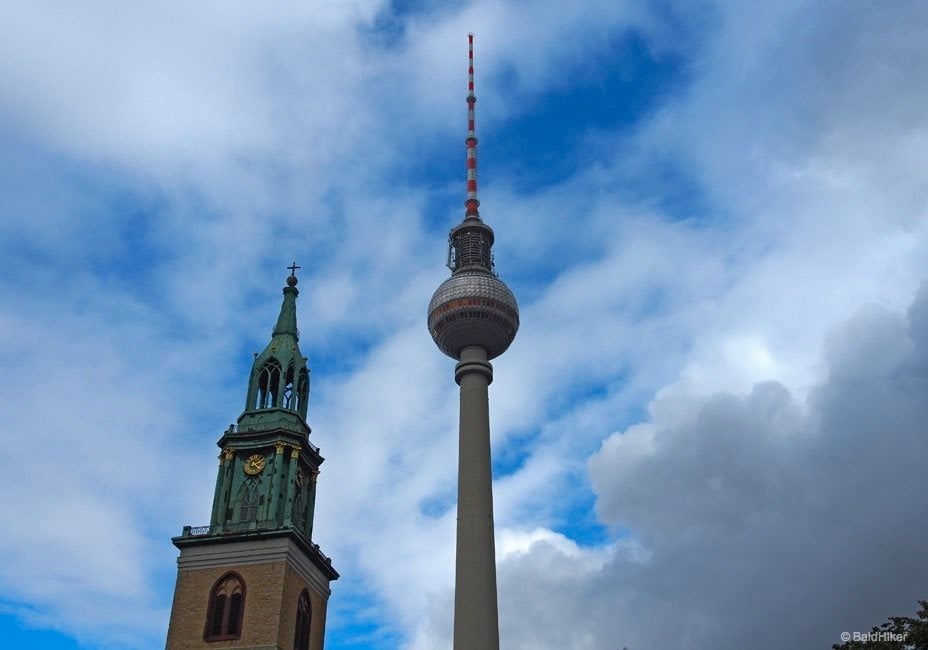 Over a million people visit the tower every year. The sphere contains a panoramic viewing platform and a restaurant that revolves every 30 minutes with the top view over this great capital city. Down below within Alexanderplatz there is much more to discover….. more on that in the next post. 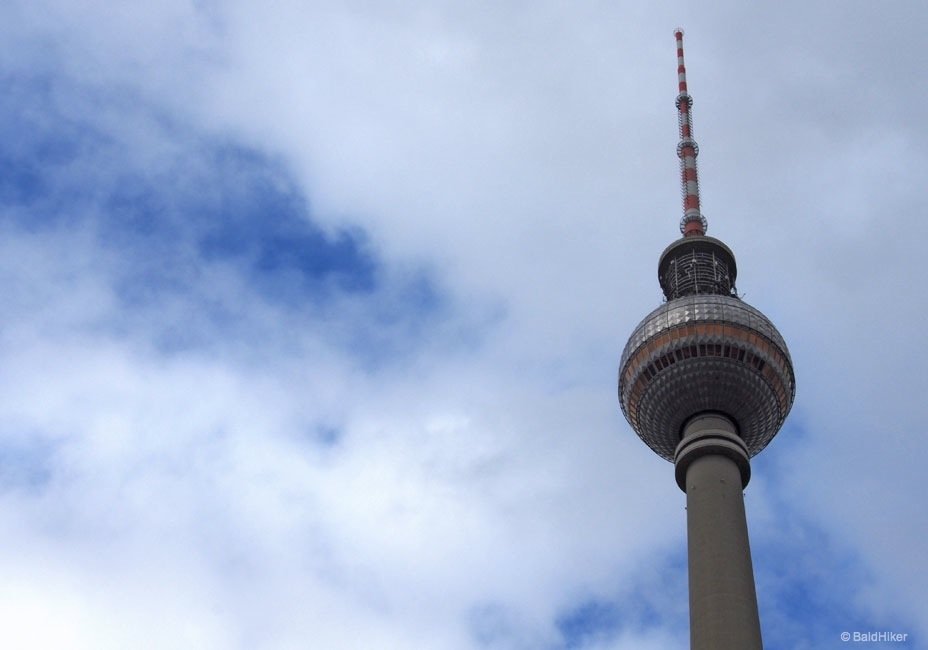