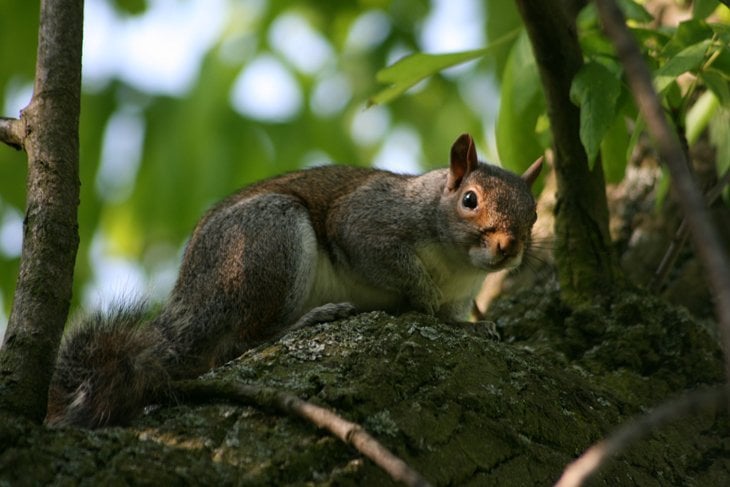 London has eight royal parks and I’m lucky enough to work near one of the finest of these, Hyde Park. This green swathe of trees, meadows, flowerbeds and sports pitches is a calming and fascinating place to wander in, amidst an otherwise frenetic and heavily built-up city.

Like the city that surrounds it, the park has a long and interesting history. Acquired by Henry VIII from the monks of Westminster Abbey, it was used as a private hunting ground for a century before being opened up to the general public by James I in 1637.

Hyde Park is a Grade I-listed major park in Central London and it is the largest of the four Royal Parks  that form a chain from the entrance of Kensington Palace through Kensington Gardens and Hyde Park, via Hyde Park Corner and Green Park past the main entrance to Buckingham Palace. Several duels took place in Hyde Park during this time, often involving members of the nobility.

The Great Exhibition of 1851 was held in the park, for which The Crystal Palace, designed by Joseph Paxton, was erected. Free speech and demonstrations have been a key feature of Hyde Park since the 19th century.

Almost 400 years later it’s a great place to see Londoners and tourists enjoying time out. People walk, jog, cycle, ride horses and play football and tennis in the park. Others enjoy picnics, take pedaloes out on the lake or feed the ducks.

The Serpentine is the world’s first recreational lake and it is common to refer to the entire body of water as the Serpentine, but strictly the name refers only to the eastern half of the lake.

Serpentine Bridge, which marks the boundary between Hyde Park and Kensington Gardens, also marks the Serpentine’s western boundary; the long and narrow western half of the lake is known as the Long Water.

The lake takes its name from its snakelike, curving shape, although it only has one bend. Can you swim in the Serpentine? No public swimming is allowed anywhere in Hyde Park at any time.

The Serpentine Swimming Club is the oldest swimming club in Britain. They swim every day in the Lido area between 6:00 am and 9:30 am and also during the famous race on Christmas day.

If you want to dip your toes you can visit the Diana, Princess of Wales Memorial Fountain,  although due to Covid-19 restrictions it is currently switched off and closed to the public.

The Diana Princess of Wales Fountain

The unique memorial to Diana, Princess of Wales was opened by Her Majesty The Queen on 6th July 2004 and was built with the best materials, talent and technology.

The memorial contains 545 pieces of Cornish granite – each shaped by the latest computer-controlled machinery and pieced together using traditional skills. The design aims to reflect Diana’s life, water flows from the highest point in two directions as it cascades, swirls and bubbles before meeting in a calm pool at the bottom.

The water is constantly being refreshed and is drawn from London’s water table. The Memorial also symbolises Diana’s quality and openness.

There are three bridges where you can cross the water and go right to the heart of the fountain. We hope visitors will feel at home when they visit this special place.

There are also inquisitive squirrels and insects buzzing around the vibrant flowerbeds. The creation of a meadow area has drawn many mini beasts and butterflies that feed from the native flowers which is great for the parks ecosystems, the meadow is an area much like the original park and as it continues to thrive is encouraging more and more local wildlife to thrive here.

The trees, shrub beds and herbaceous plantings provide rich habitats for song birds including the robin, dunnocks and tits. Look out for small groups of Long Tailed Tits that hop around from tree to tree looking for insects and nesting materials. However, over feeding of aggressive feral pigeons and squirrels threatens the native song birds as they are not able to compete.

The Serpentine attracts lots of wildfowl especially migratory winter visitors,  the stunning crested grebe can be seen on the lake, and their mating routine is elegant to watch. Many insects are attracted to the lake area, especially in the evening which is perfect food for the local bats.

Hyde Park opens from 5:00 am until midnight all year round. It has highly accessible by public transport with a number of bus and tube stops surrounding the park.

There is limited car parking facilities available in Hyde Park. Pay and Display parking is available on West Carriage Drive and in Car Parks at either end of Serpentine Bridge. The park is however highly accessible by public transport.

There is also a free mobility service called Liberty Drives which provides free mobility for anyone who finds it difficult to see all 760 acres of Hyde Park and Kensington Gardens. There are 7 pick up locations around the parks.

Electric buggies with wheelchair facilities, each seating five people glide around the parks providing half hour rides. It is also possible to be dropped off at a favourite place and be picked up later. Charges for pay and display parking are:

No parking between midnight and 9am.

I visit the park whenever I can, dodging the early morning and evening commuter traffic on the underground or buses, or walking around its central lake, the Serpentine, at lunchtime. And with 350 acres to explore, each visit is different from the last.

Hyde Park changes from day to day, and from one season to the next. I’ve watched Royal Gun Salutes, Lido swimmers and soapbox speakers, attended rock concerts, admired its statues and memorials, and often simply watched the world go by from under a shady tree, or from a park bench or grassy patch.