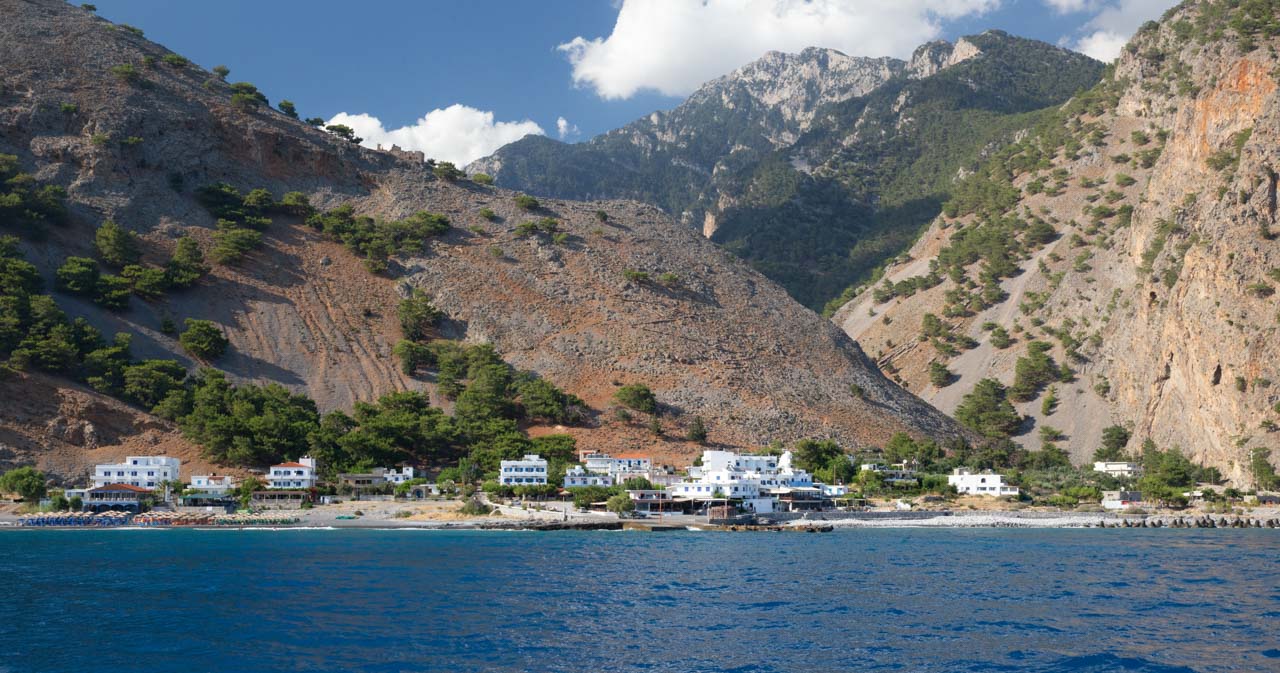 I’m not usually one for an organized tourist bus trip kind of day out but I’d heard the Samariá Gorge was well worth it and is a ‘must do’ on when on holiday on Crete.  The only way to do it really is on an organized tour as it’s a one-way walk down the gorge and you’re then ferried out by boat.  I also knew it was very popular and was also worried I’d spend the day standing in a queue like I was at Disneyland.  I needn’t have fretted however as the day was brilliant and I’d thoroughly recommend it if you’re in Western Crete. 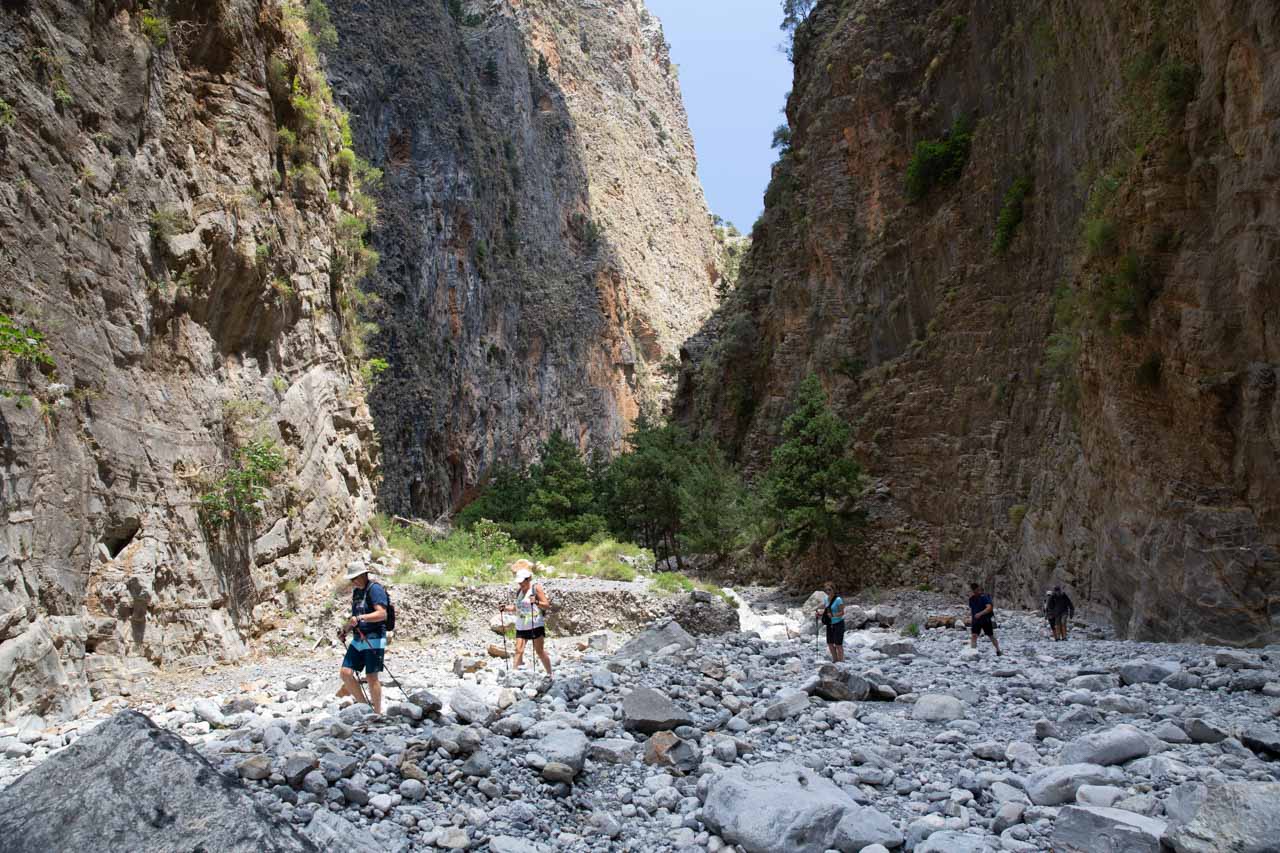 I was based near Chania so the pick up was around 5.55 am from the accommodation.  Then it is a 1 hrs 30 mins bus trip to the trailhead.  There’s a small café at the park entrance where you can get a breakfast and a coffee before you head off into the gorge.

The trail itself is around16.5 kilometres from the trailhead to the village of Agia Roumeli on the Libyan Sea.  There is a 1200 metre drop in altitude so the vast majority of the walking is downhill – there is one really one short up hill section on the whole trail.  Around 13.5 kilometres of the walk is in the Samariá National Park and the last 3 kilometres is on a track and road into the village. 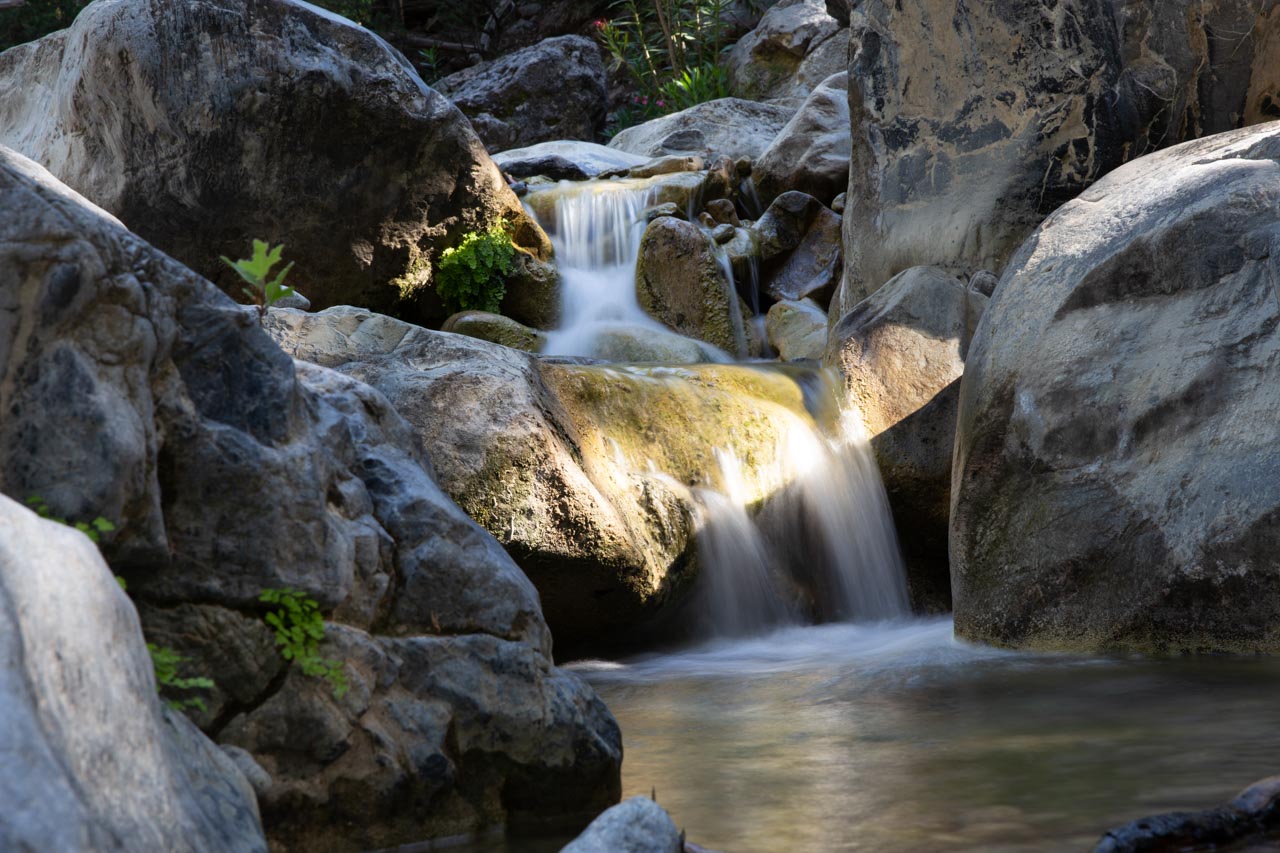 The top section is dominated by pine trees and is green and lush (for Crete anyway).  Because we started early most of our day was in the shade either from the trees and vegetation or because the gorge sides themselves provided shade.  It was 30 Celsius and above the day I was there so it would be a tough walk if you weren’t in the shade.  I’d therefore recommend arriving as early as you can.  I believe the trips from Eastern Crete arrive later and, therefore, have more full sun.  You have to walk all the way – there is no easy way out – so you need to be reasonably fit and carry everything you need.  You’ll some food/ snacks and a water bottle (there are several places to refill your bottle on the way through though and some toilet facilities at some of the rest areas).  You’ll need reasonable shoes as well – but you’d be all right decent training shoes not full boots.  If you are seriously injured then the rangers will bring you out on a mule but only if you are injured badly not just tired! 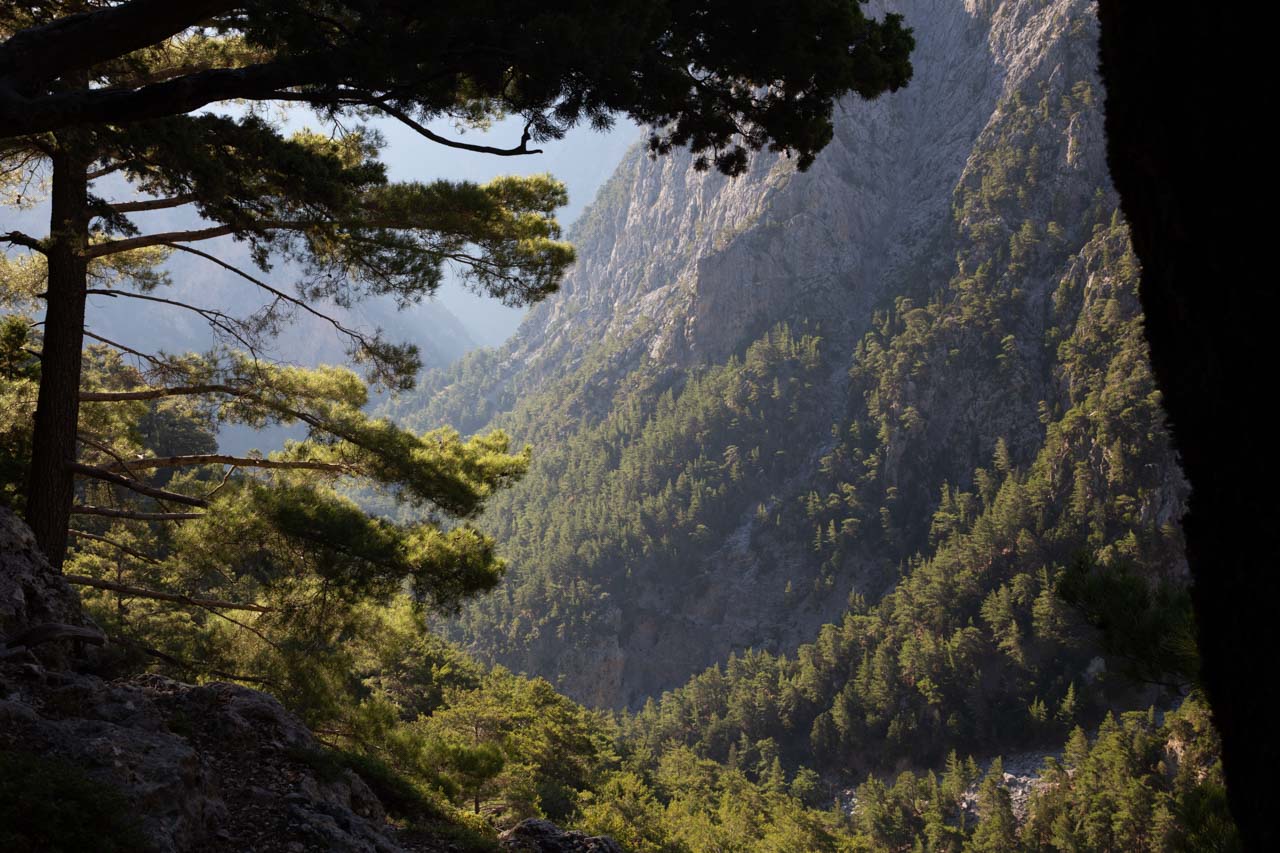 Anyway, enough of the practicalities the walk is fantastic.   Although around 800 people a day go through once you get going the crowd thins quickly and you’re walking through beautiful pine forests descending quickly into the gorge.

The gorge has been inhabited by people since pre-history and is a biosphere reserve so you get history, biology and geology – what is not to like! 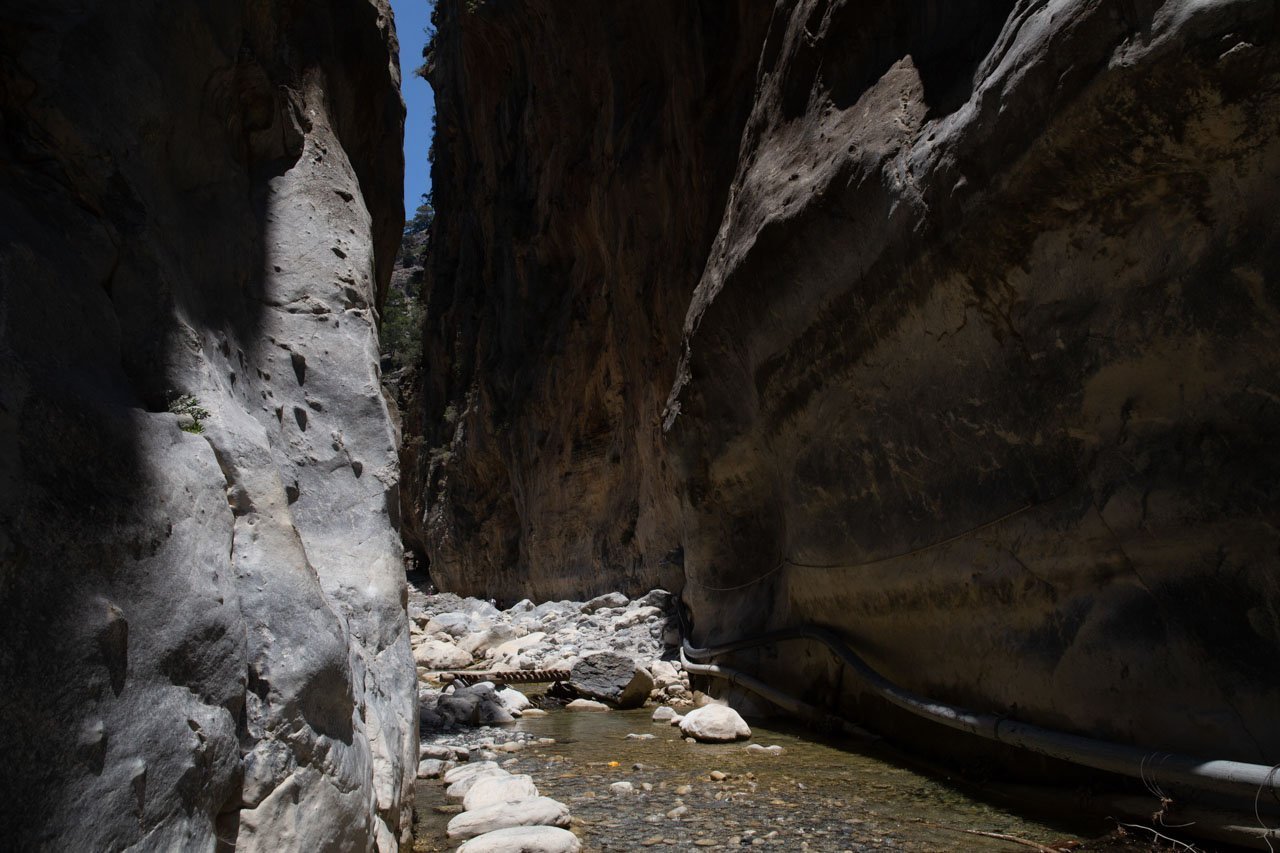 On the biological side of things there are some beautiful stands of Samariá cypresses.  These are a broader variety of cypress than the usual one and have strong horizontal branches that give the tree a bulky shape (it’s Cupressus sempervirens var horizontalis for the geeks amongst you).  About half way through the walk, next to St Nicolas’s Chapel, there is one of the most sublime stands of cypresses on the whole of Crete.  These trees could be very old – millennia old. 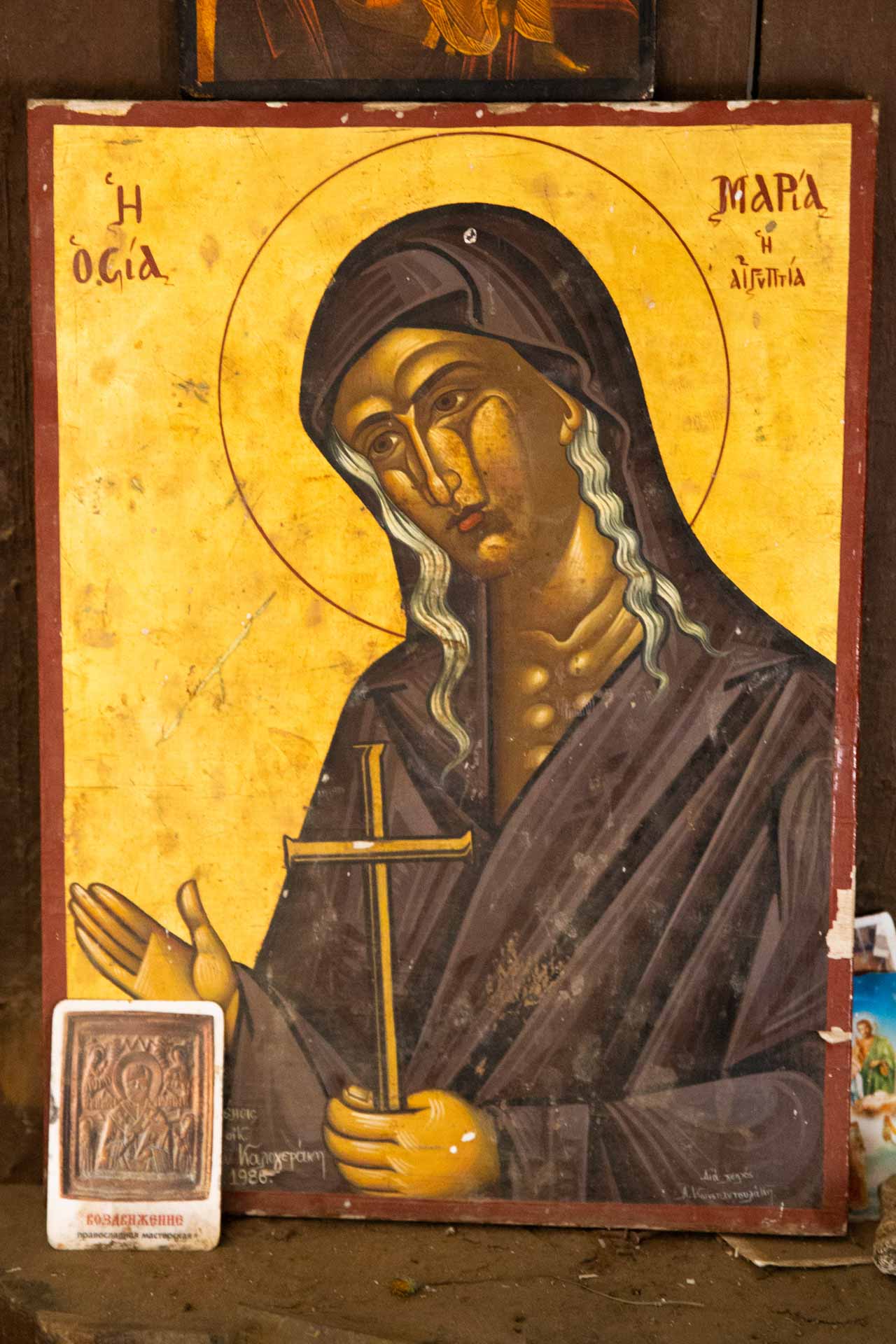 The area has probably been a place of worship for millennia.  It is known that it’s been a scared place since at least 6th century BC. In 1991 evidence of worship was found from at least this time.  Half burned bones of sacrificed animals were uncovered adjacent to the rock cave next to the chapel.  Roman clay lamps with representations in bas-relief and clay human figurines were also found placed on top of the stonewall outside the rock cave near the chapel.  Various offerings to the worshiped gods were revealed during the excavation, such as the horn of a young wild goat and a small copper ram figurine.  Copper and iron spear arrows as well as copper Roman coins were also excavated.  It is thought the shrine was dedicated to either Apollo or Diana or both gods, as the offerings and the tradition were similar to other holy places dedicated to these gods.  It seems worship took place in the open, with no temple, or in or close to the rock cave. 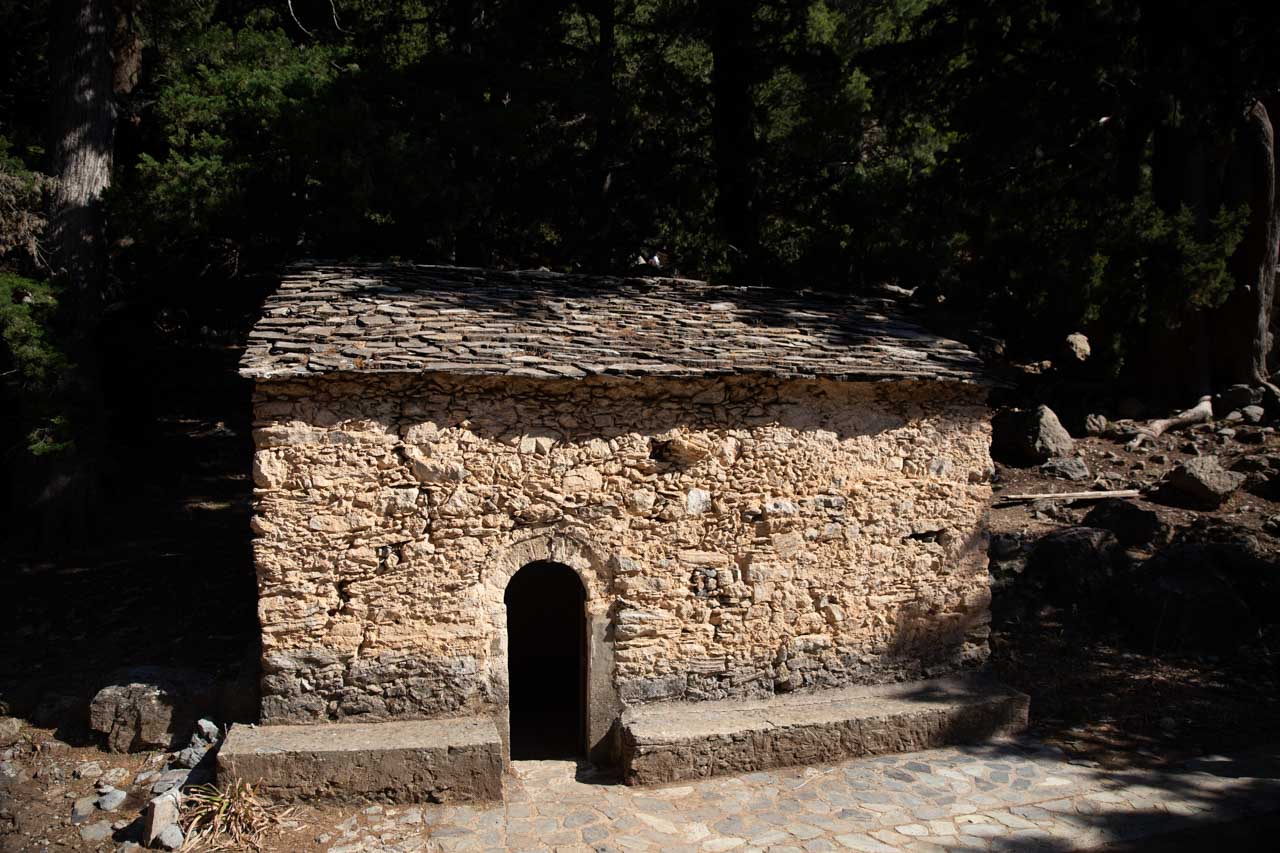 Further down the gorge, and probably the most famous and most photographed section, is ‘The Gates’ – where the gorge narrows to between 3 – 4 metres wide and the gap is towered over by 300 metre tall cliffs. 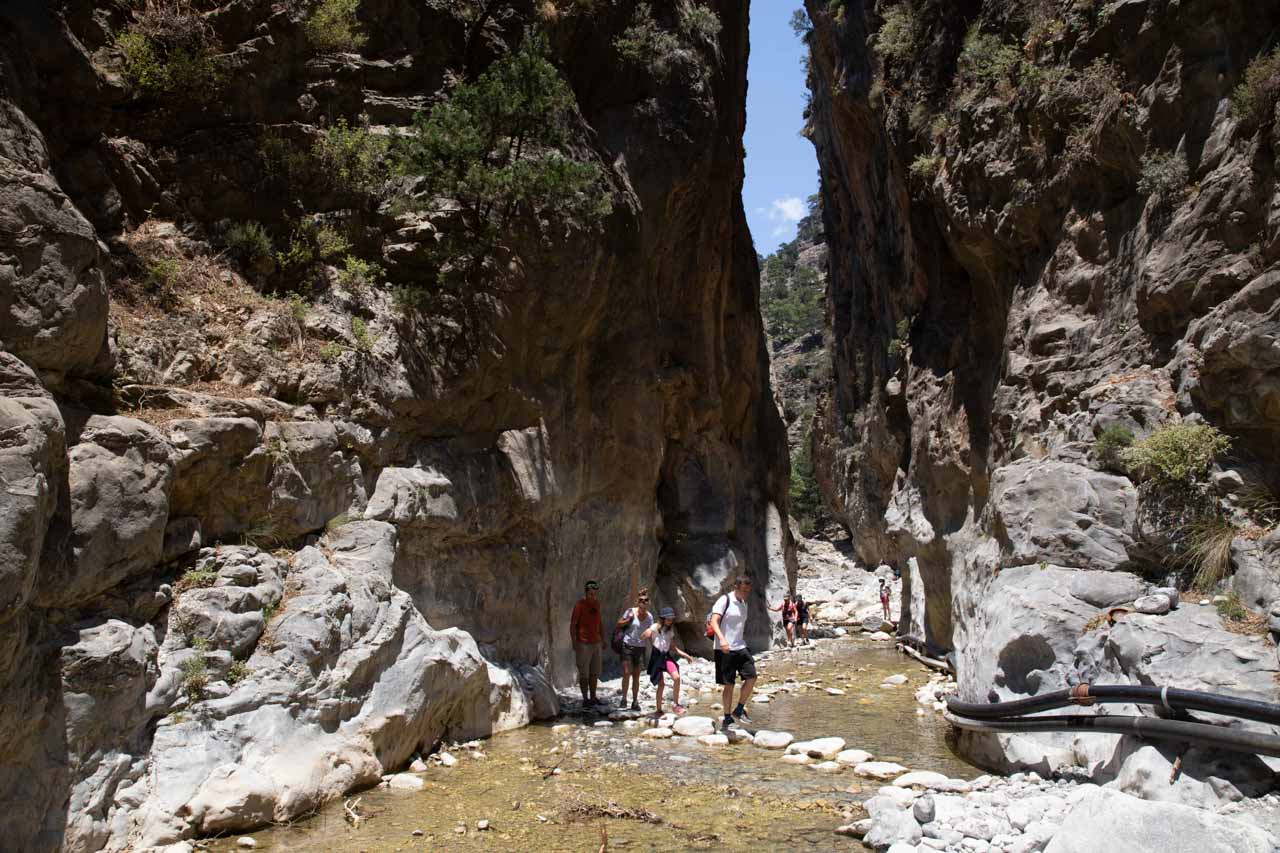 The gorge is also home to the native Cretan Wild Goat (the kri-kri) – a few females hang around the old Samariá Village (now unoccupied) which is one of the rest areas. 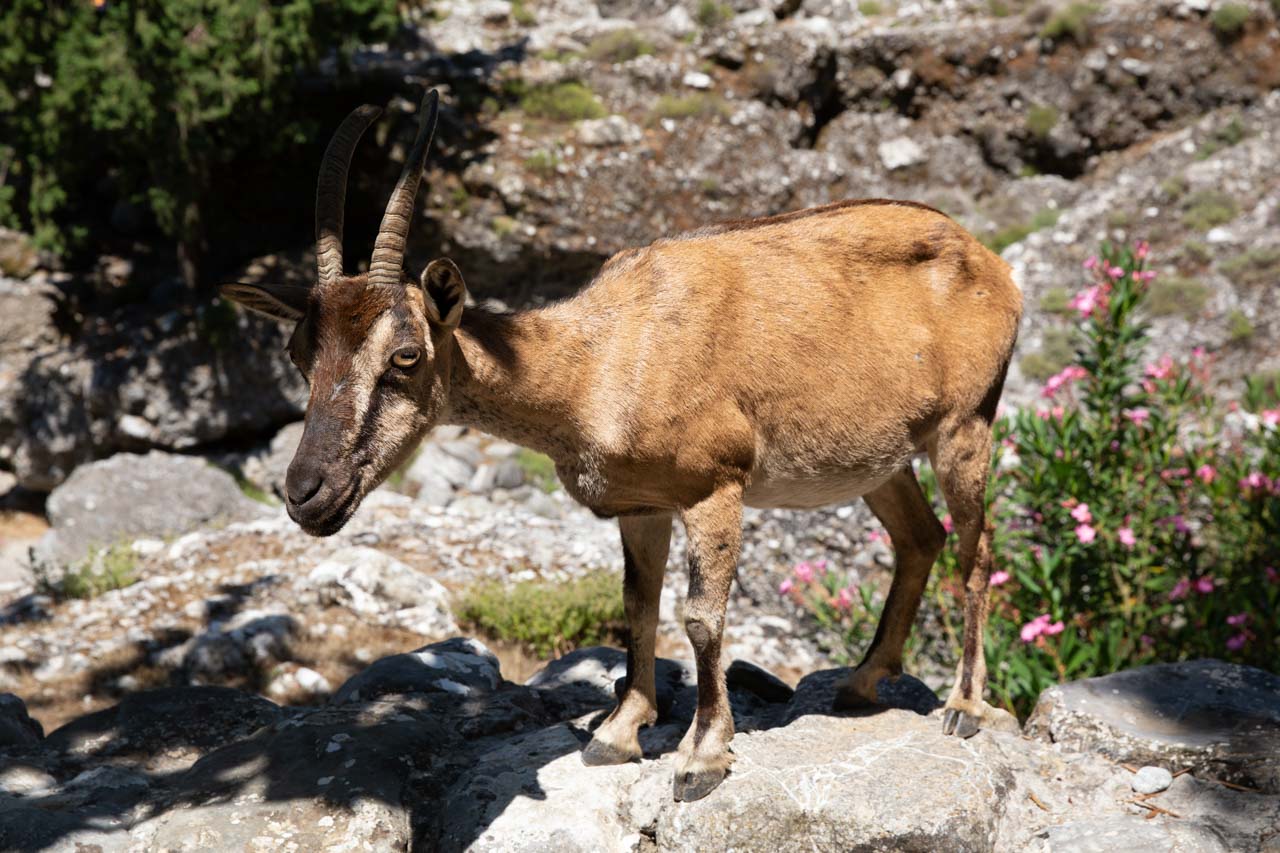 There are several sections where rock falls are possible and so you’d best not linger too long in these sections.  The walk can take five to seven hours but a quick dip in the warm Libyan Sea awaits followed by a cool beer at one of tavern in Agia Roumeli.  Depending on your walking speed you’ll have an hour or so to wait for the ferry.  Our trip took us around 50 mins ferry ride to Sougia then a 2 hrs bus trip back to Chania – so it is a long day, but well worth it! 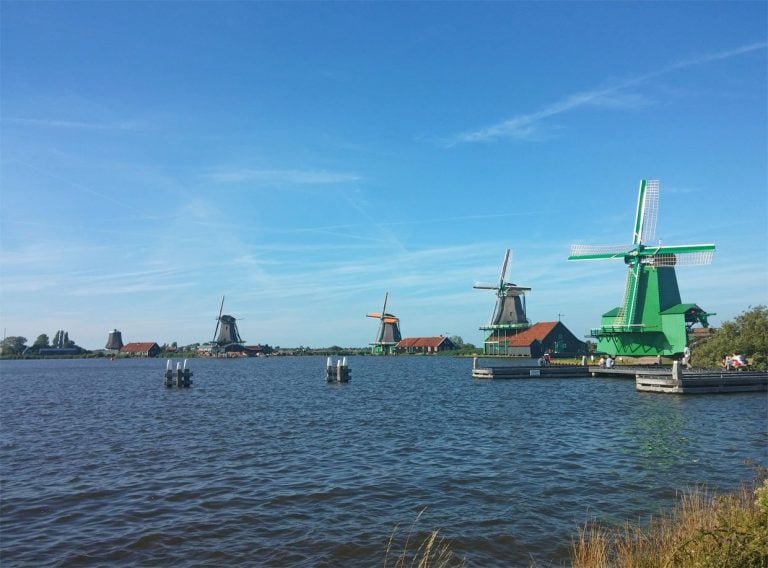 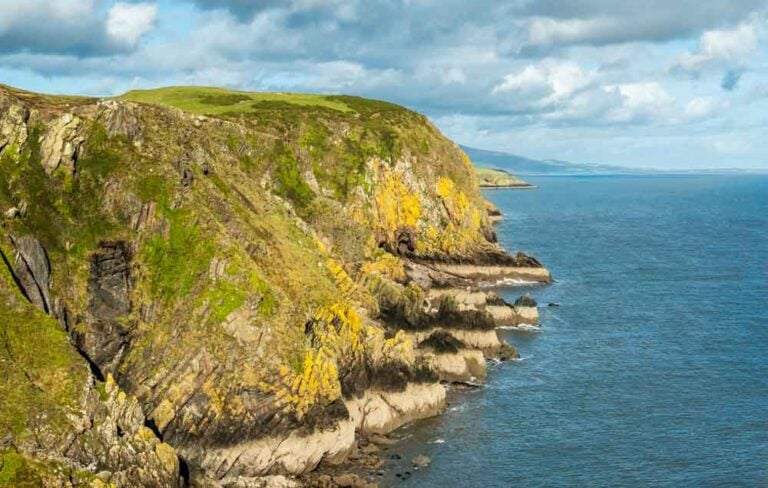 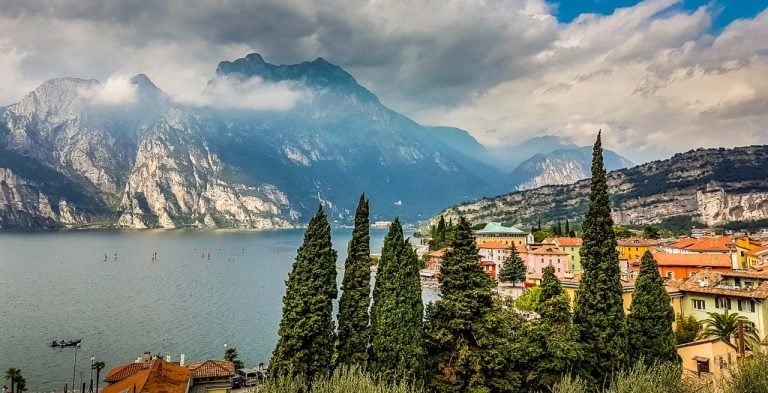 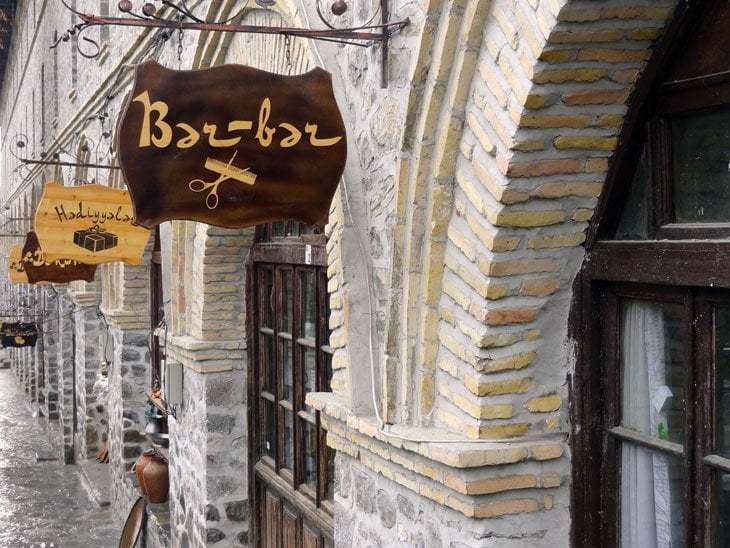 I had travelled up to the North of Azerbaijan, to the town of Sheki (or Shaki). A beautiful and ancient City with a gorgeous backdrop of the Caucasus mountains, nestled not far from the borders… 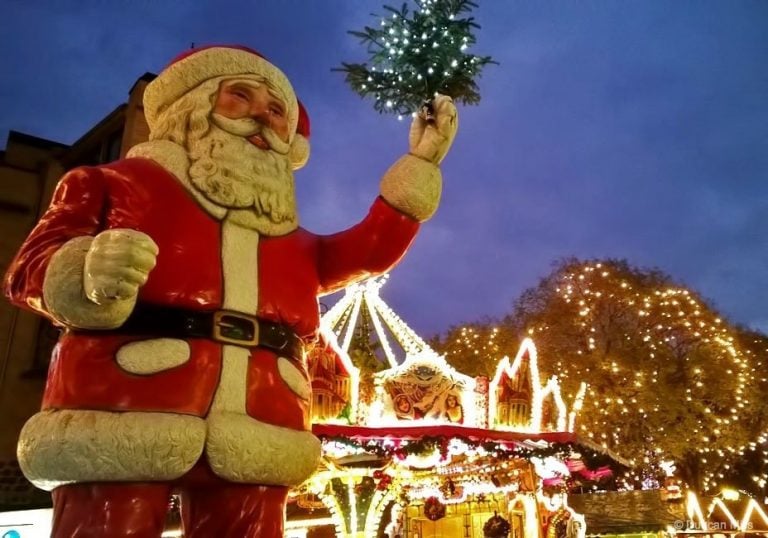 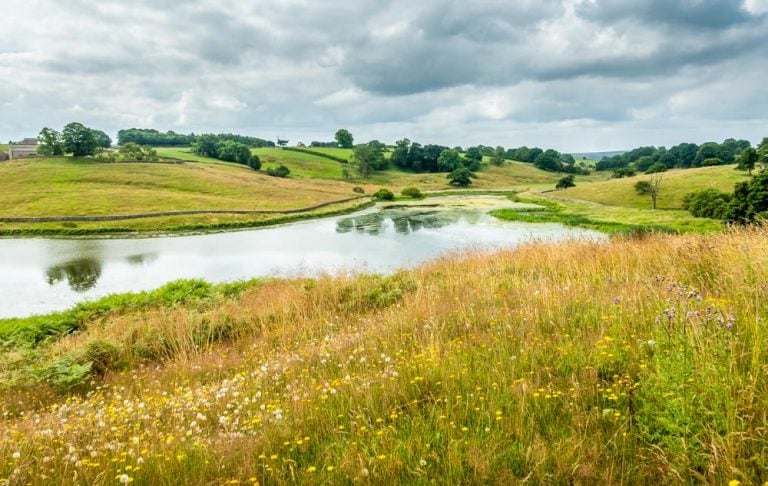 This 4 mile walk in the Washburn Valley Yorkshire is a little hidden gem. From Swinsty Reservoir to John O’ Gaunts Reservoir and John O’ Gaunts Castle. Most people to the area take the walks…