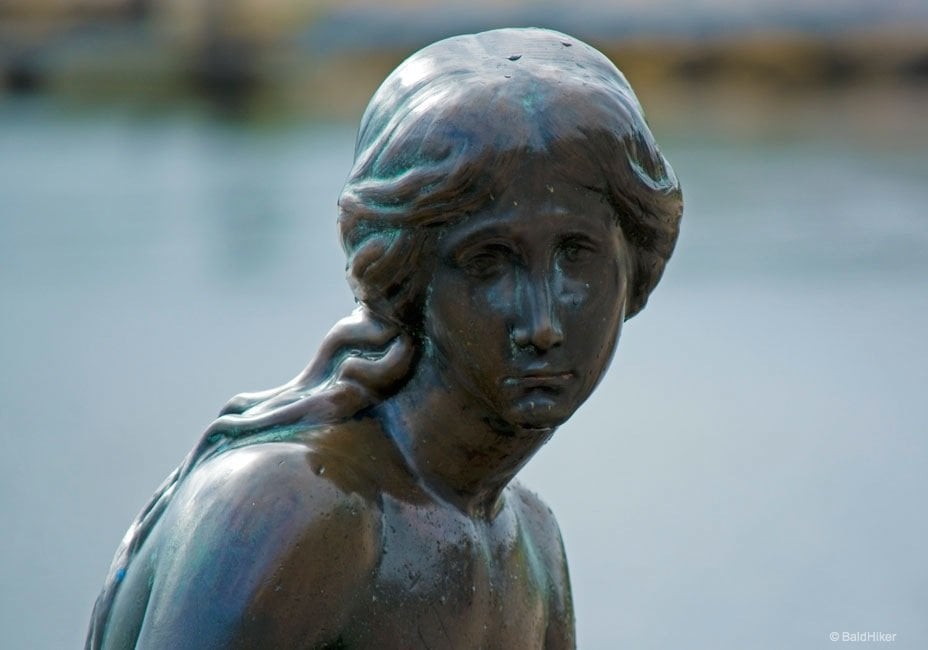 A new day in Copenhagen, time to head out to explore. First, a lovely 20 minutes stroll through the city down to Langelinie, where the Little Mermaid sits on a rock in the harbour staring out to the sea. Boats docking in the harbour, people walking up and down the promenade enjoying the sun and the views. Then just around the corner there she is…. The Little Mermaid… For me it was the first time I saw the statue with my own eyes, and I must say I never thought it would be this small (just 1.25 meters tall). But although she is small compared to other famous statues over the world, she is still as well known.

‘Far out in the ocean the water is as blue as the petals of the loveliest cornflower, and as clear as the purest glass’ …. The first line of the well known fairytale by Hans Christian Andersen, that lead to the inspiration for the statue of The Little Mermaid. After attending a ballet based on this fairytale in Copenhagen’s Royal Theatre Carl Jacobson, the son of the founder of Carlsberg, commissioned the sculptor Edvard Eriksen in 1909 to create the statue as a gift to the city. Eriksen created the head based on the ballerina Ellen Price, but as she wouldn’t model nude, the body was created based on the sculptor’s wife Eline. Not knowing this statue would grow to be a national symbol of Denmark…

At first the statue lead a quite unnoticed existence, far more famous was the nearby Gefion Fountain, the largest monument of Copenhagen. The fountain features large animal figures being driven by the legendary Norse goddess, Gefjun. Who was said to be the goddess who ploughed the island of Zealand out of Sweden, the island that Copenhagen sits on today.

From 1930 onwards the Little Mermaid gained more popularity with Danes and tourists. Last August it celebrated its 100th anniversary. Throughout all those years it had many a visitor but also became a victim of vandalism and political manifestations. It even was beheaded in 1964. Only one time, in 2010, she left her rock in the harbour and travelled to Shangai to represent Denmark in the Expo 2010.

Some people love it and some people may dislike it, but to me this little mermaid captures both history and fairytale. It was time for us to leave her behind and explore more of Copenhagen. 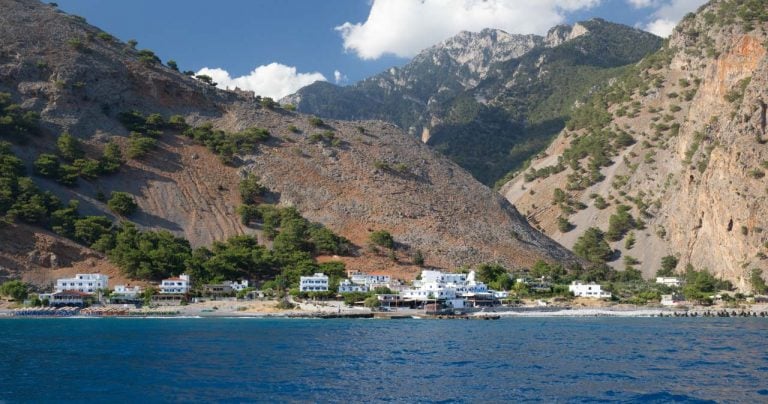 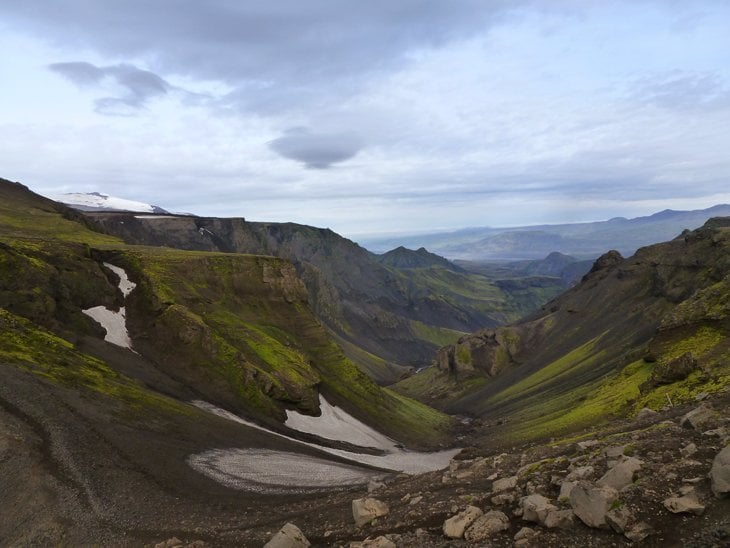 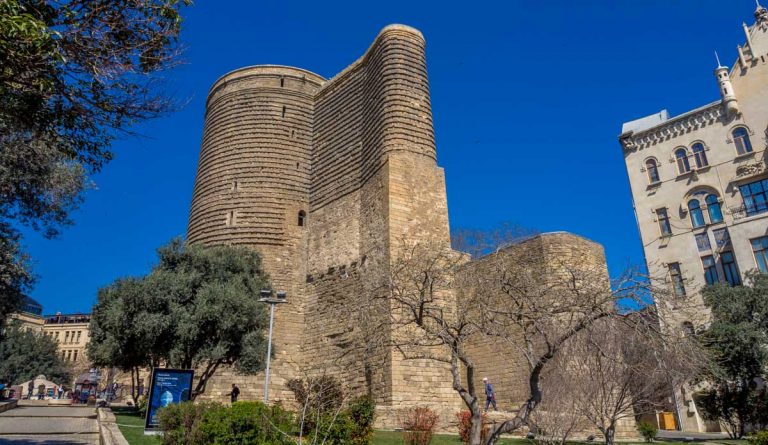 It was my fourth visit to Azerbaijan and great to be back in Baku, the city, the capital. Personally it is one of my favourite cities to visit. Those that know me and of my… 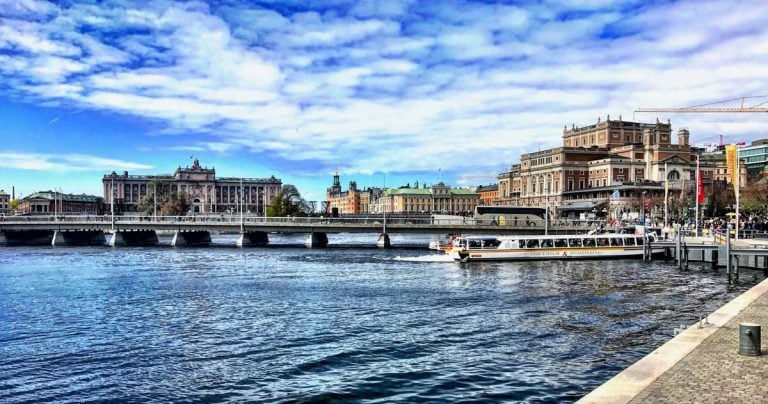 When you stay in Stockholm there are a lot of great choices. Our first time we stayed at The Grand Hotel. A lovely place that overlooks one of the many waterways. Whether you stay there or… 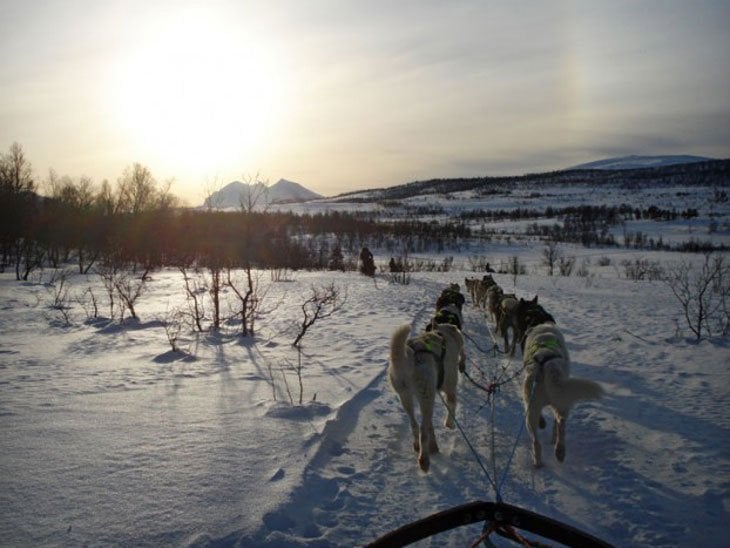