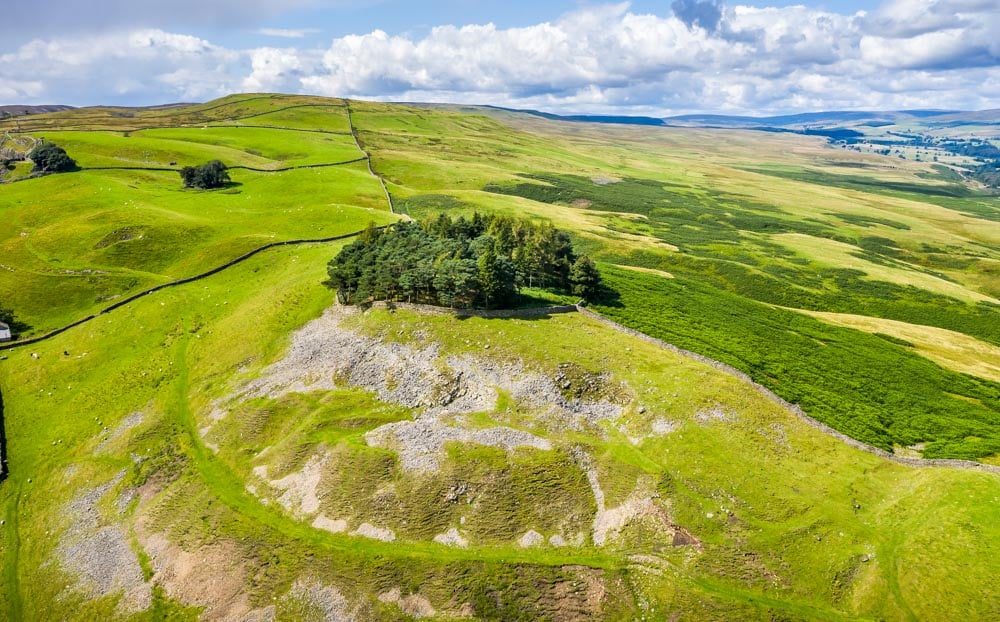 Wandering through Middleton-in-Teesdale, County Durham, you may have glanced up to the hills and seen Kirkcarrion, a circular clump of trees on a pronounced hilltop, silhouetted against the sky. The trees are not that old and purposely planted to mark the spot where more ancient secrets lay underneath below the ground.

The hill without the trees has obviously held great significance in the area. It is a top where you can look over both Teesdale and Lunedale. And the more official name of Kirkcarrion is Lunedale Ridge. A rocky outcrop keeping watch over the valleys, where the 2 rivers meet. It has obviously had a draw to people going all the way back to the Bronze Age hence the more common name of Kirkcarrion and secrets of old, that may never be fully understood.

In 1804 some local men came to the ridge to take some stones for building walls. As they were digging around on the top they suddenly came upon what is believed to be a stone lined burial chamber. Within that was an urn that contained a cremation and tiny bone fragments.

This hill was obviously an ancient barrow, it is believed a lot of the stones had been piled up a long long time ago, perhaps as a grave to a prominent person.

Of course, labourers back in 1804 did not care much about archaeology and flattened the top for stone. The urn and its precious contents did however make its way to the landowner, the Earl of Strathmore and Kinghorn. It was kept at his home at Streatlam Castle near Barnard Castle. This castle was the home for a lot of the 19th Century to John Bowes of the Bowes Museum.

The castle was demolished in 1959, and there is no record or sign of the urn and its whereabouts.

Lord Strathmore though did have the pine trees planted in a circle to mark the discovery.

So, the mystery could forever be a mystery. Who was ceremoniously buried up here. Once believed to be Roman the name tells you we need to go back further than this. Kirkcarrion is said to derive from Prince Caryn of the Brigantes.

Before the Romans came, much of the North of England was ruled by Bronze Age Brigantean tribes. The remains found up here in that little pot are believed to be of their Prince Caryn.

If you look at the name of the hill passed down. Kirkcarrion. The old celtic name was Carreg Caryn. The burial rocks of Caryn. Today, Welsh for rocks is cerrig.

So, all evidence leads to a burial chamber for a Bronze Age Chieftain.

Today, the wonder is still there. The trees planted in memory have added to the allure for many a walker in the area. It is only a 3 or so mile walk up from Middleton-in-Teesdale or you could take the shorter way up direct from the B6276.

The sun was out for me this day. It afforded me amazing views down the valleys and across to Grassholme Reservoir and beyond. The only beings I met the whole day were curious sheep, rabbits and bees. It is a spot I shall return to for clearing my thoughts many times. It is only around the corner from Doe Park Caravan Site too. Bonus!

When you sit here and look out on the world, just think, what other secrets are beneath you? The trees mark the spot of a Bronze Age burial. But wonder what may not have been found? If this hill was so important to them, then treasures may still lay untouched, as they were probably intended to. 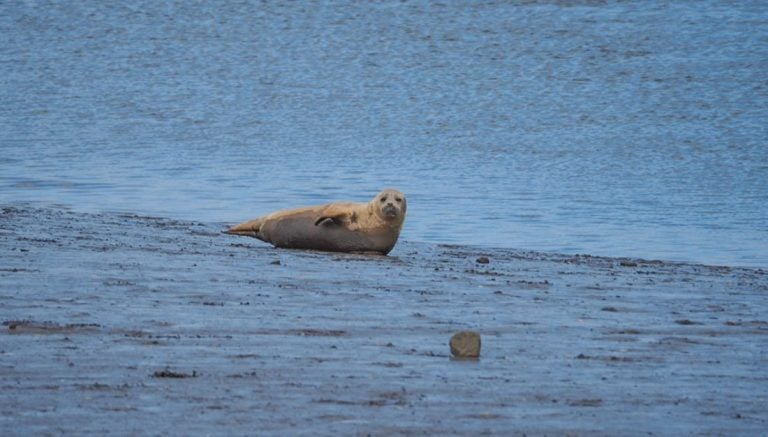 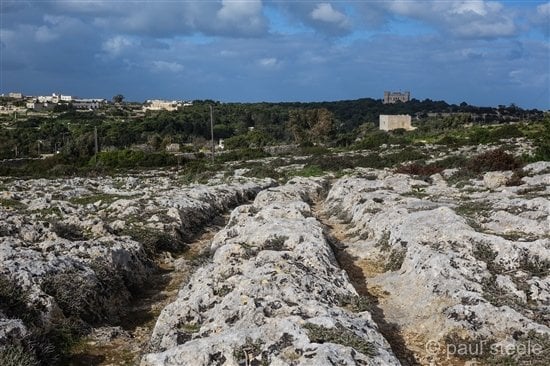 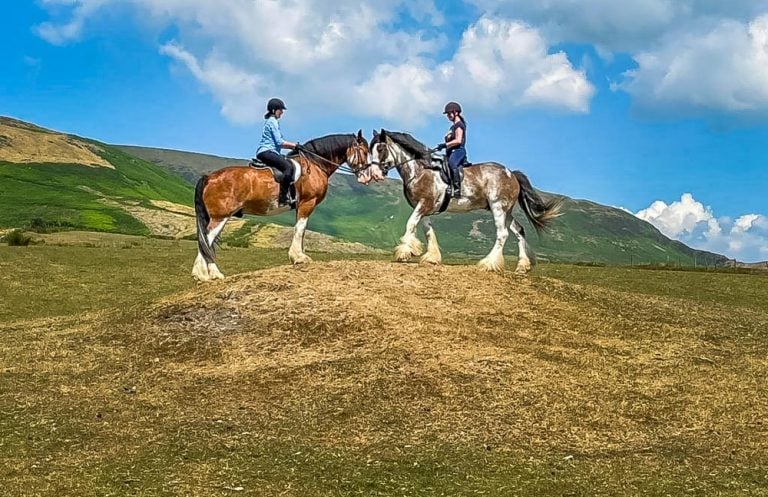 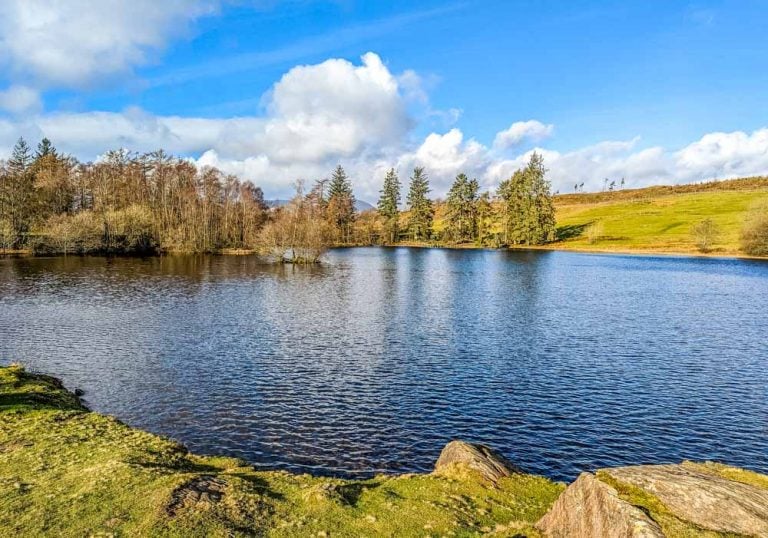 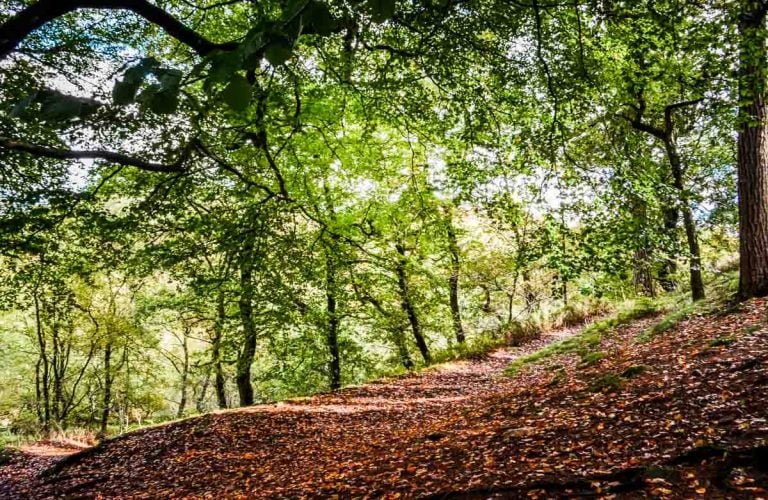 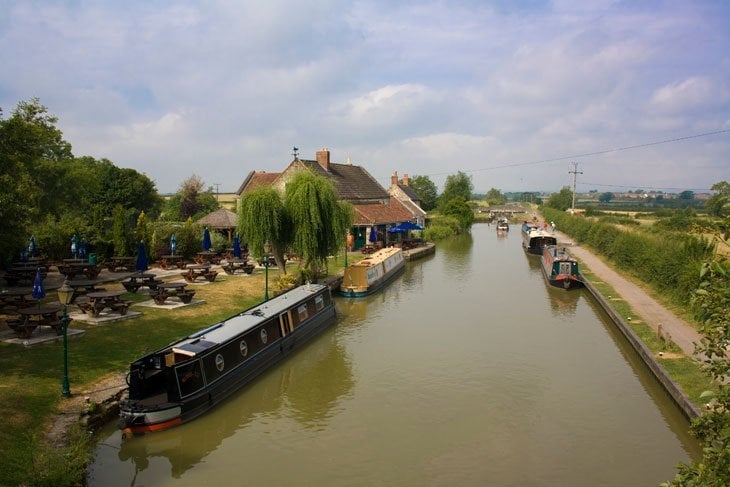