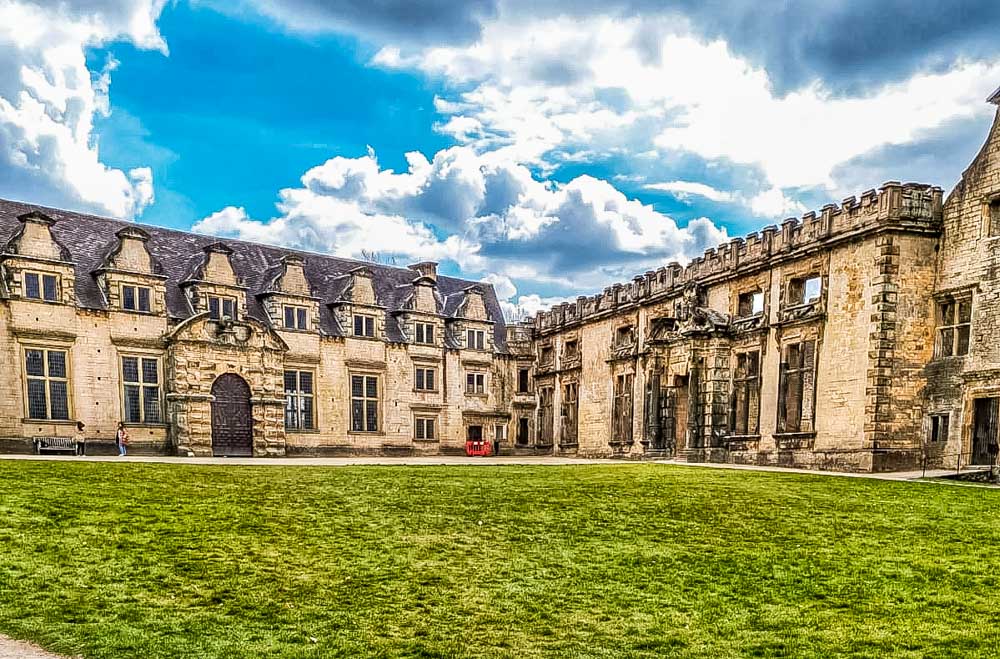 Built in the early 17th century, the present Bolsover Castle lies on the earthworks and ruins of the original 12th-century medieval castle; the first structure of the present castle was built between 1612 and 1617.

This castle was created as an extravagant retreat by playboy, poet and courtier, Sir William Cavendish. With medieval-style turrets and towers it was a building designed to surprise and entertain his many friends. It is now grade I listed and a scheduled ancient monument.

The original castle was built by the Peverel family in the 12th century and later became Crown property in 1155 when William Peverel the Younger died. The Ferrers family who were Earls of Derby laid claim to the Peveril property.

When a group of barons led by King Henry II’s sons – Henry the Young King, Geoffrey Duke of Brittany, and Prince Richard, later Richard the Lionheart – revolted against the king’s rule, Henry spent £116 on building Bolsover castle and Peveril castle in Castleton in Derbyshire.

The garrison was then increased to a mightier force led by 20 knights and was shared with the castles of Peveril and Nottingham during the revolt. King John ascended the throne in 1199 after his brother Richard’s death. William de Ferrers maintained the claim of the Earls of Derby to the Peveril estates.

He paid king John 2000 marks for the lordship of the Peak, but the Crown kept possession of Bolsover and Peveril Castles. John finally gave them to the Ferrers family in 1216 to secure his support in the face of country-wide rebellion. But the castellan Brian de Lisle refused to hand them over.

Lisle and Ferrers were both John’s supporters, and John gave Ferrers permission to use forcible action to take the castles. The situation was still just as chaotic when Henry III became king after his father’s death in 1216. Bolsover later fell to Ferrers’ forces in 1217 after a siege.

Bolsover Castle was returned into Crown control in 1223, at which point £33 was spent on repairing the damage the Earl of Derby had caused when capturing the castle six years before.

Over a period of 20 years, four towers were added to the castle, the keep was repaired, various parts of the curtain wall underwent repairs and a kitchen and barn were built, all at a cost of £1181.

From 1290 onward, the castle and surrounding manor were granted to a series of local farmers. Whilst under their custodianship, unfortunately the castle gradually fell into a state of disrepair.

King Edward VI granted the castle to George Talbot, 6th Earl of Shrewsbury in 1553. After his death in 1590 it passed to his son Gilbert 7th Earl of Shrewsbury who sold the ruins on his step-brother and brother-in-law Sir Charles Cavendish, who wanted to build a new castle on the site of the original castle.

Working with the famous builder and designer Robert Smythson, Cavendish’s castle was designed for elegant and stylish living rather than for defence as the original one was, and it was still unfinished at the time of the two men’s deaths, in 1614 and 1617 respectively.

Accounts survive for building the early stages of the “Little Castle.” Unusually for this period of time female labour was officially recorded, and the women’s names or husband’s names are also given.

The building of the castle was then continued by Cavendish’s two sons, William and John. They were influenced by the Italian-inspired work of the architect Inigo Jones. The tower, known today as the ‘Little Castle’, was completed around 1621.

Building was interupted during the Civil Wars of 1642 to 1651, during which time the castle was taken by the Parliamentarians, who slighted it, and it fell into a ruinous state.

William Cavendish, who was created Marquess of Newcastle in 1643 and Duke of Newcastle-upon-Tyne in 1665, added a new hall and staterooms to the Terrace Range, and by the time of his death in 1676 the castle had been restored to good order.

The main use of the building extended over twenty years, and it is presumed that it was used as a family home towards the end of that period. It then passed through Margaret Bentinck, Duchess of Portland into the Bentinck family, and it ultimately became one of the seats of the Earls and Dukes of Portland.

After 1883, the castle was uninhabited.

The castle was finally given to the nation by the 7th Duke of Portland in 1945. English Heritage now care for Bolsover Castle and its grounds. The castle is open between the hours of 10am till 5pm and advance bookings are available.

There’s a lot to take in on your visit, the romantic ruined terrace range, delightful views from the wall walk, there are beautiful views across Derbyshire and lots of activities and a large play area for kids. On some days there are storytellers complete in period dress to inform and entertain you.

On August Bank Holiday they are hosting a Legendary Joust, with 4 knights on horseback jousting to battle out who is the mightiest Knight. Lots of medieval activities are around the site to take part in too, but be aware that it will be very busy and booked is advised.

Don’t forget to get yourself an interactive guide. This will help you learn more about your visit here and guide you through the history. They have a lovely tea room for tasty refreshments too.

The television paranormal investigation show Most Haunted investigated the castle as part of a five-night 2007 Halloween live event for Living TV, with presenter Yvette Fielding who was joined by medium David Wells and parapsychologist, Ciarán O’Keeffe on location in the castle.

In 2017 the site was voted the spookiest site by English Heritage staff. Mysterious footsteps have been heard, a young boy holding visitors’ hands, people have heard muffled voices and unexplained lights have been seen, these are among the events that are reported to have occurred.

The address for a satnav is: Castle Street, Bolsover, S44 6PR

Once you choose your arrival slot, you’ll receive your booking confirmation by email. Just bring the confirmation with you on the day you visit, either on your mobile device or as a print out. The email will contain a barcode that the team at Bolsover will scan when you arrive.

You can arrive at any time from the time shown on your booking confirmation. You’re then welcome to stay for as long as you like.

Parking in the town of Bolsover is free, including the Bolsover Castle car park. Spaces are not allocated per booking so it is on a first come first served basis. Road access in Bolsover, 6 miles East of Chesterfield on A632. Off M1 at junction 29A (signposted)

Elijah, our little grandson enjoyed his visit to Bolsover Castle immensely as you can see in the photos our son, James took. He acted like a little guide around the castle grounds and had the time of his life with imaginative play. I hope you enjoy the information and insights, maybe you’ll discover more on a visit to the castle too. 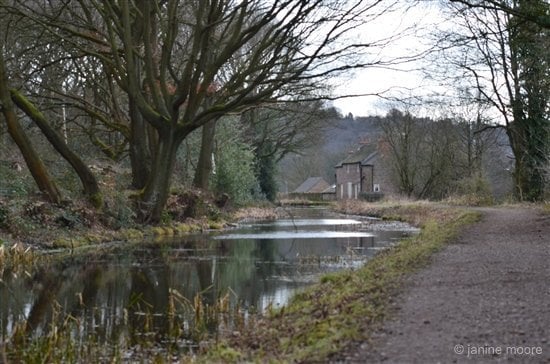 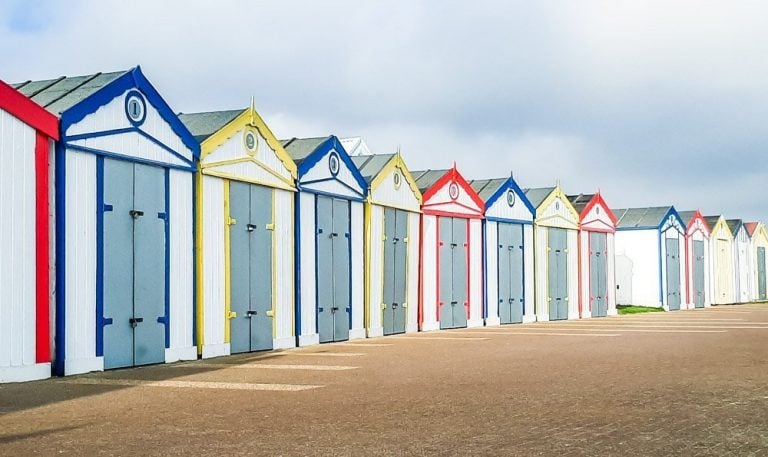 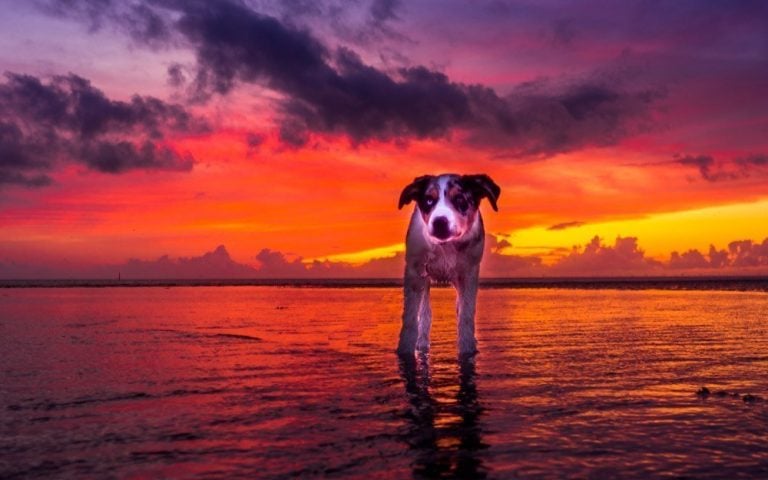 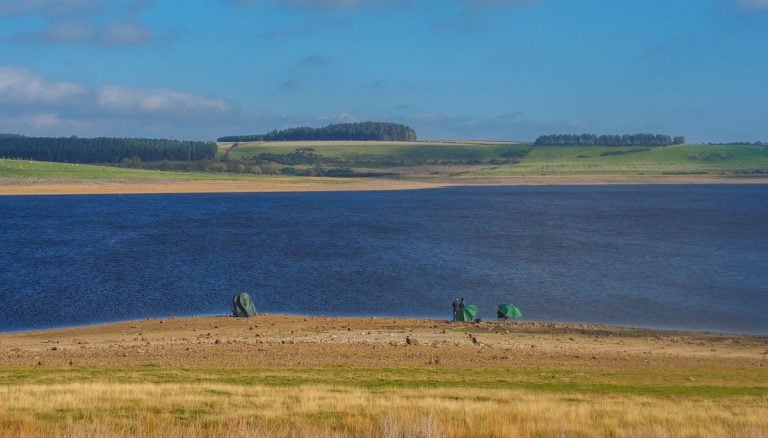 The sun came out on my visit to the Durham Dales but that added to the fun of getting out in the fresh air doing some exercise as well as taking in great views. It… 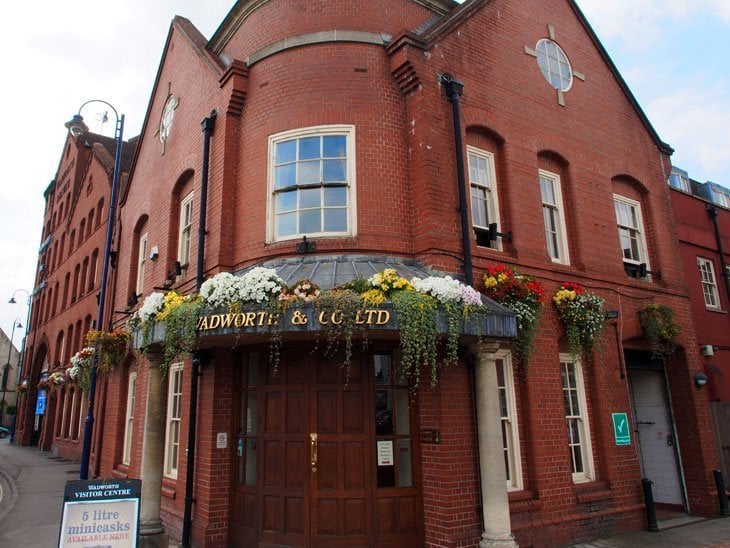 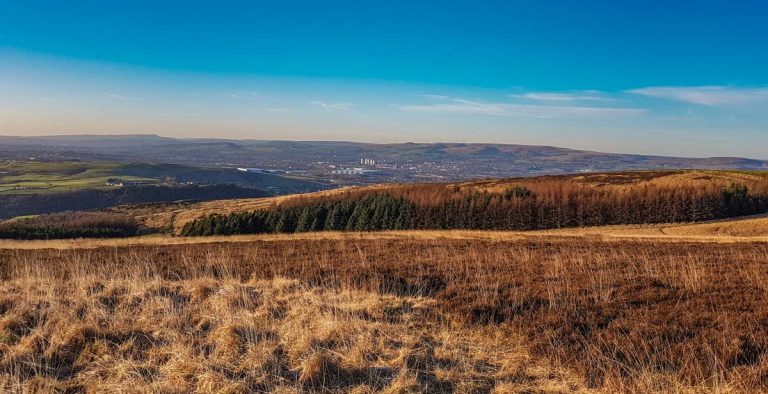 Spanning approximately 160 acres and is one of the largest open spaces run by Oldham Countryside Service and is a registered common in Greater Manchester. It has also been a site of biological importance from…