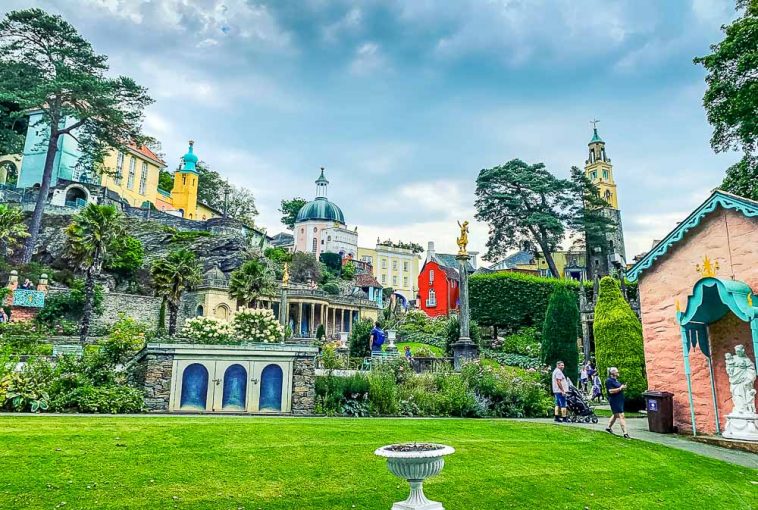 If that quote means anything to you, you are either of a certain age (that we won’t speak of) or have been inducted into the cult of The Prisoner, which was a popular spy TV drama show in the late 60s. But regardless of its Prisoner connections, Portmeirion is a place you don’t want to miss. 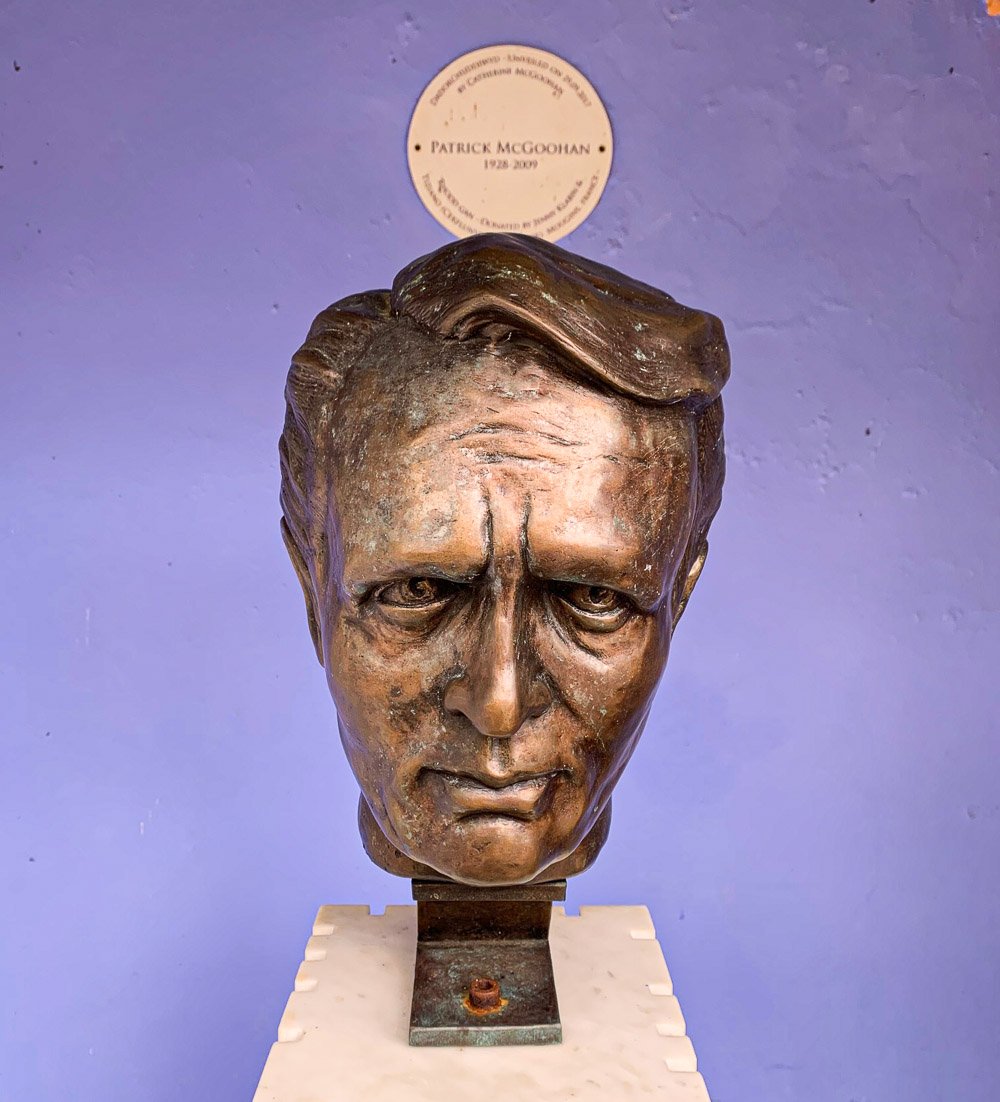 Portmeirion was built by a well-known architect, Sir Bertram Clough Williams-Ellis in the 1920s, inspired by an Italian Riviera and sits on the Welsh coastline in the region of Snowdonia, He also created Plas Brondanw in a similar style. The name comes from ‘port’ because of its position on the coast, and the county Merioneth. 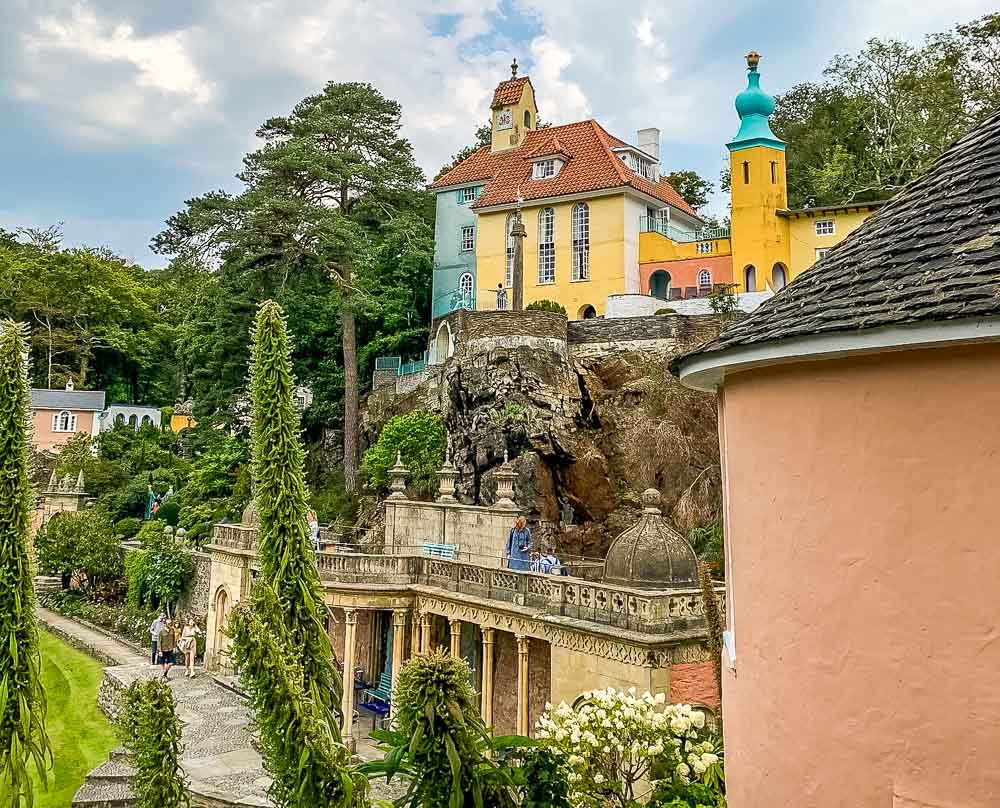 Everything is very angular and square.  Shapes form an important design in the aesthetics of Portmeirion, but most striking are the vibrant colours. Reds, blues and yellows give the place a sense of fun and warmth and wherever you are within ‘The Village’ there are spectacular views due to the buildings being set into the hills. 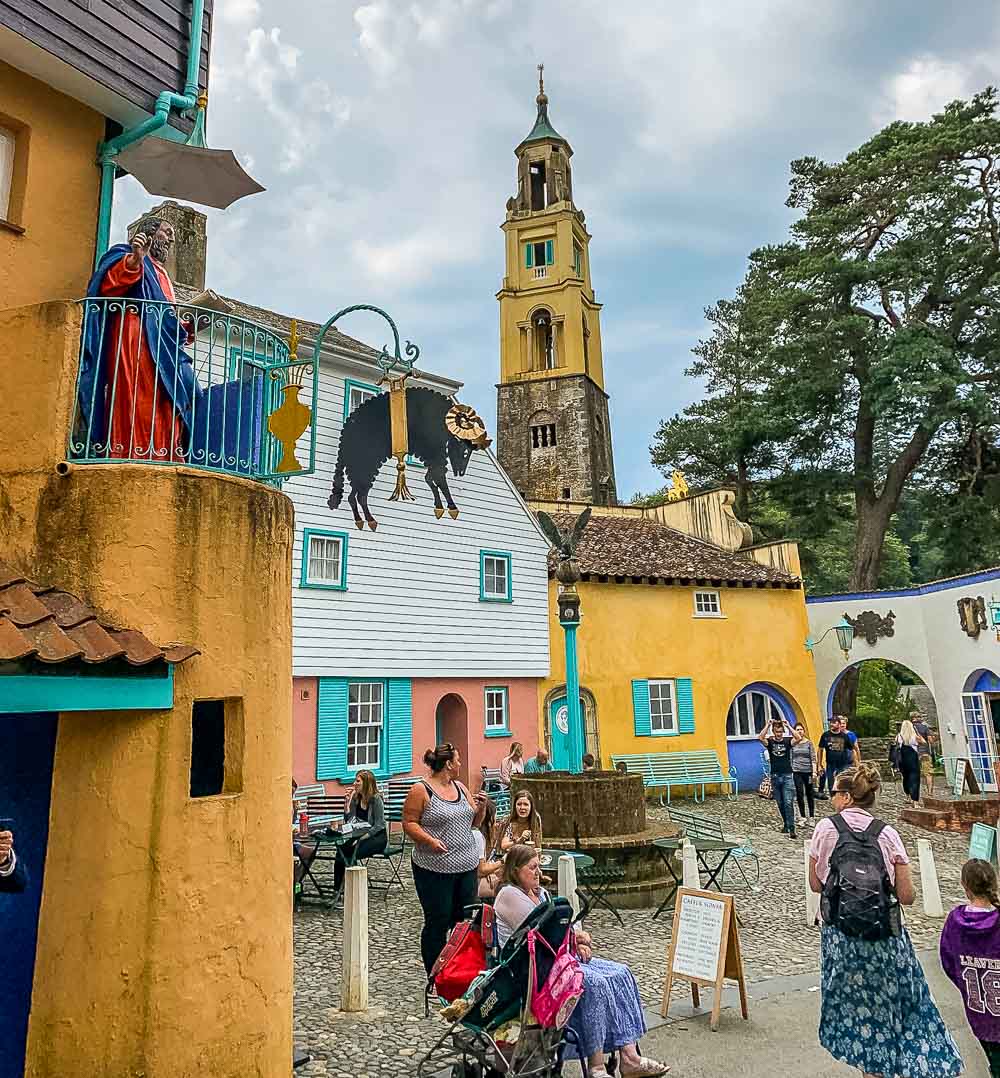 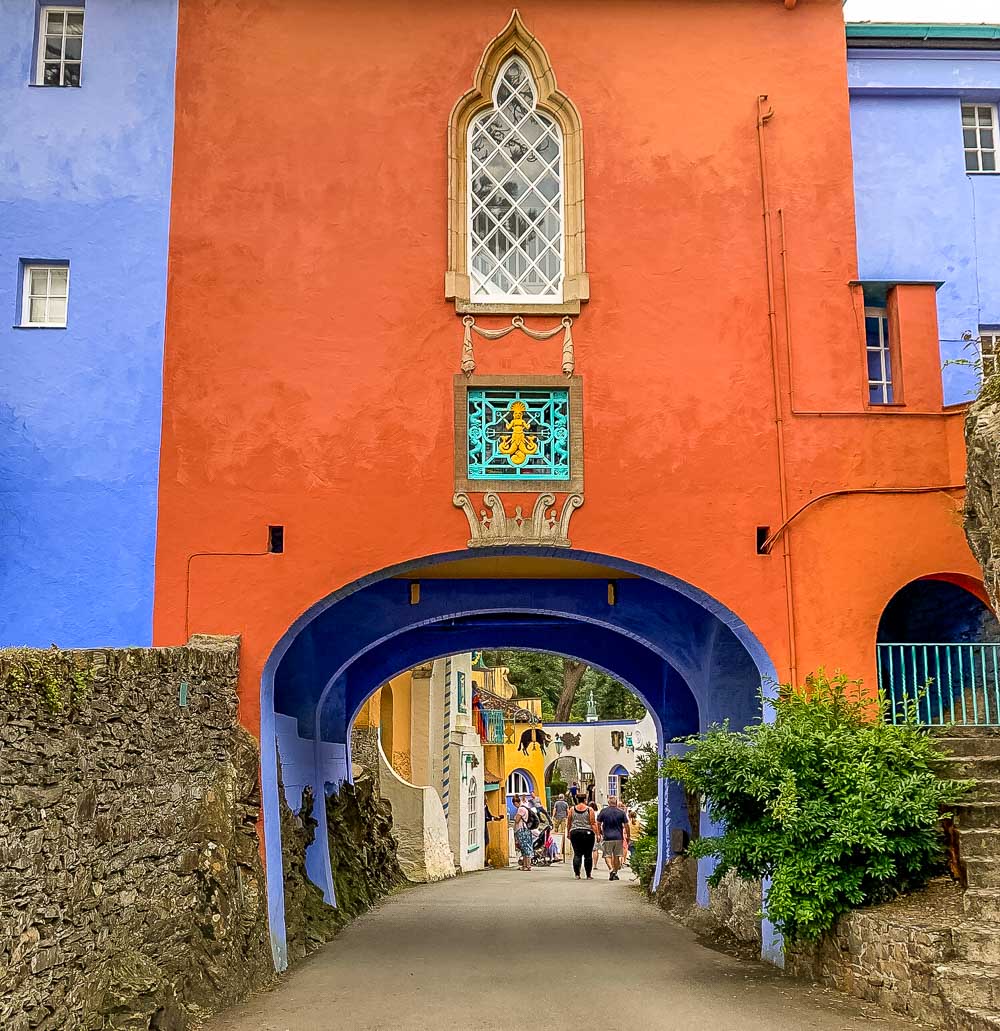 You pay to come into The Village as it is a tourist location and it does feel like you are on the TV set.  It is immaculately kept and the gardens are maintained superbly.  Wandering around, there are lots of memorabilia from The Prisoner and plaques give signage as to where characters lived. Number 6’s house (Patrick McGoohan’s character who played The Prisoner) is now the gift shop. 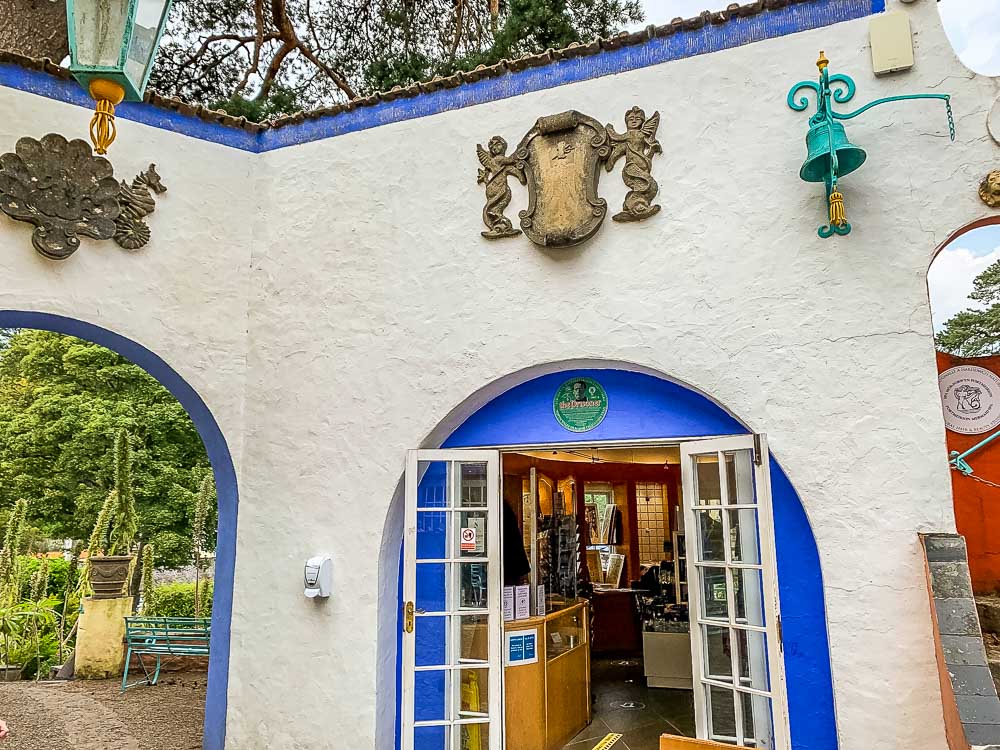 As well as the port, there are a few cafes where you can eat and drink, plus there are 2 small hotels within the village for die hard fans should they wish to stay here. 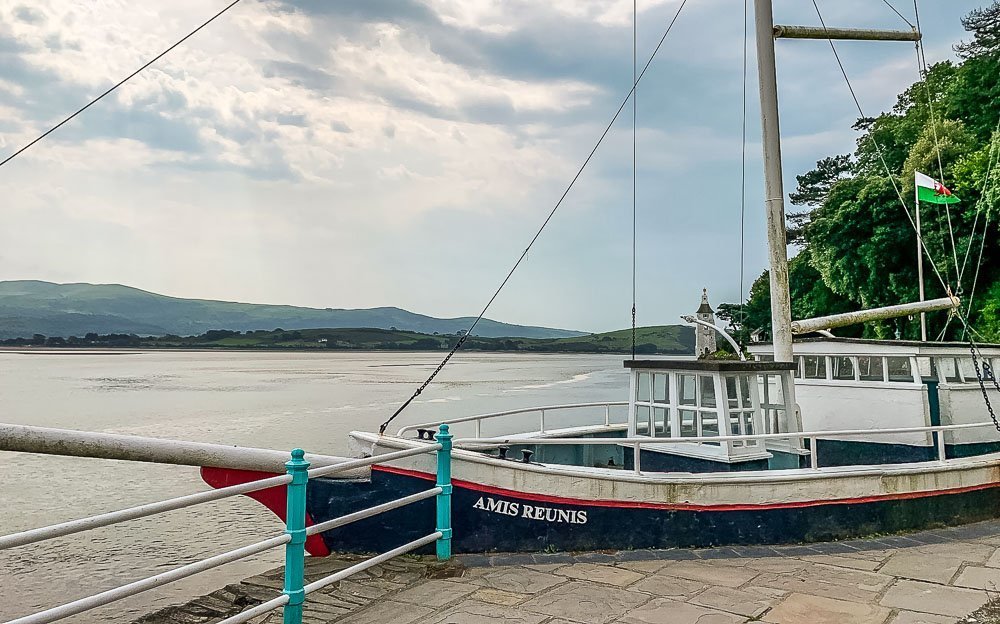 If going for a day visit like I did, a couple of hours or so is enough time to get around and explore but don’t forget your camera as there are so many interesting things to capture. Also, wear comfortable shoes because the hills will give your legs a good work out! 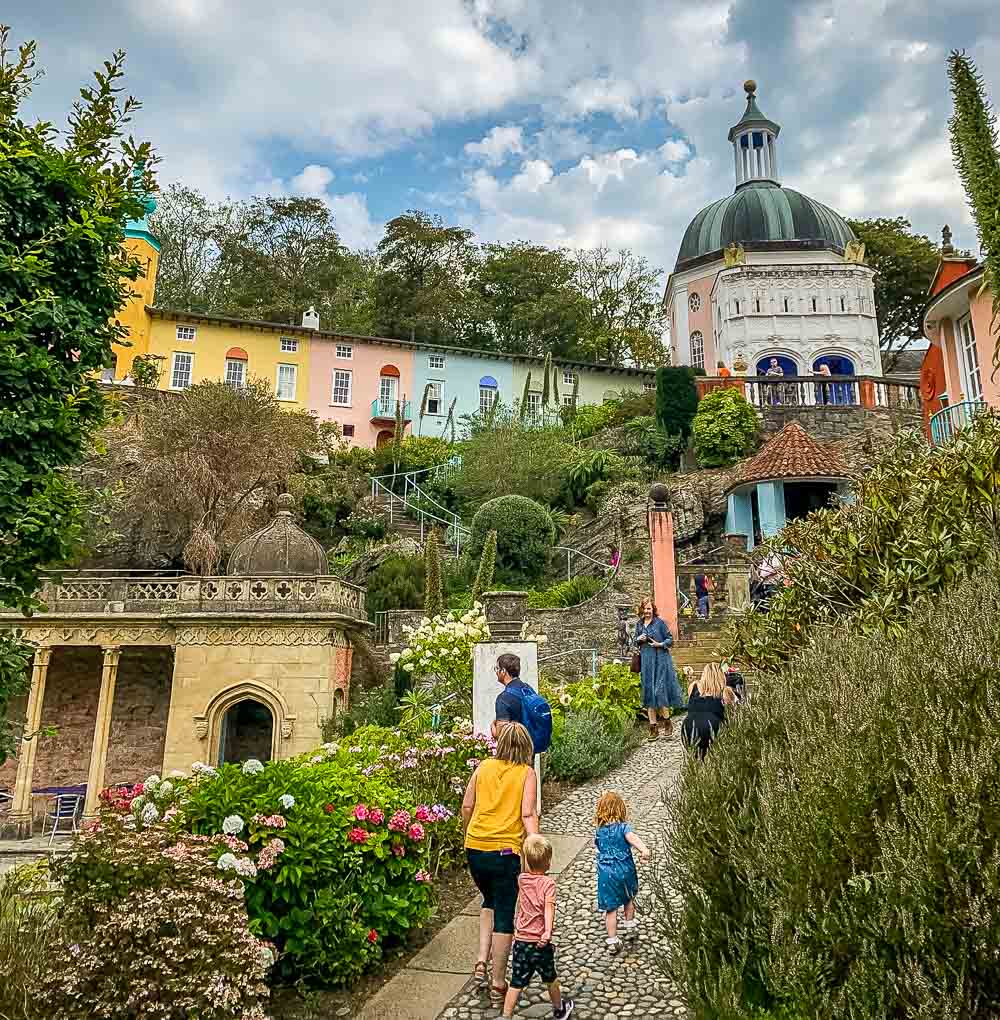 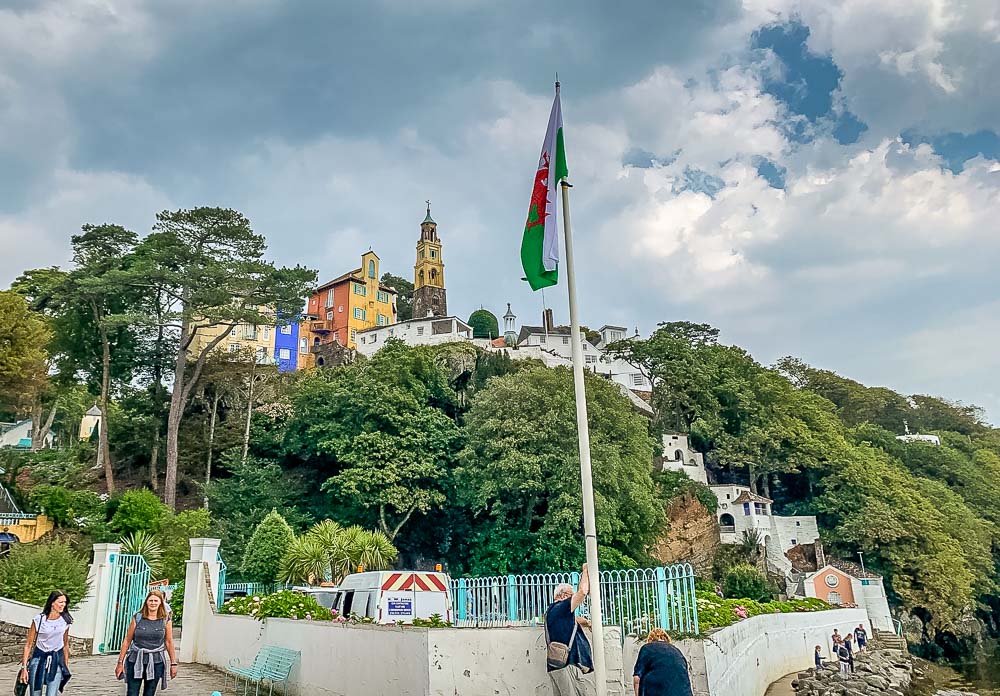 Portmeirion is unique. It does feel like you’re in Italy and because of that it’s also been used to film scenes from other shows such as Danger Man, Doctor Who, Citizen Smith, Cold Feet, and Gigglebiz (for Cbeebies) to name but a few. It has been a location for music videos and concerts including Siouxsie and the Banshees. 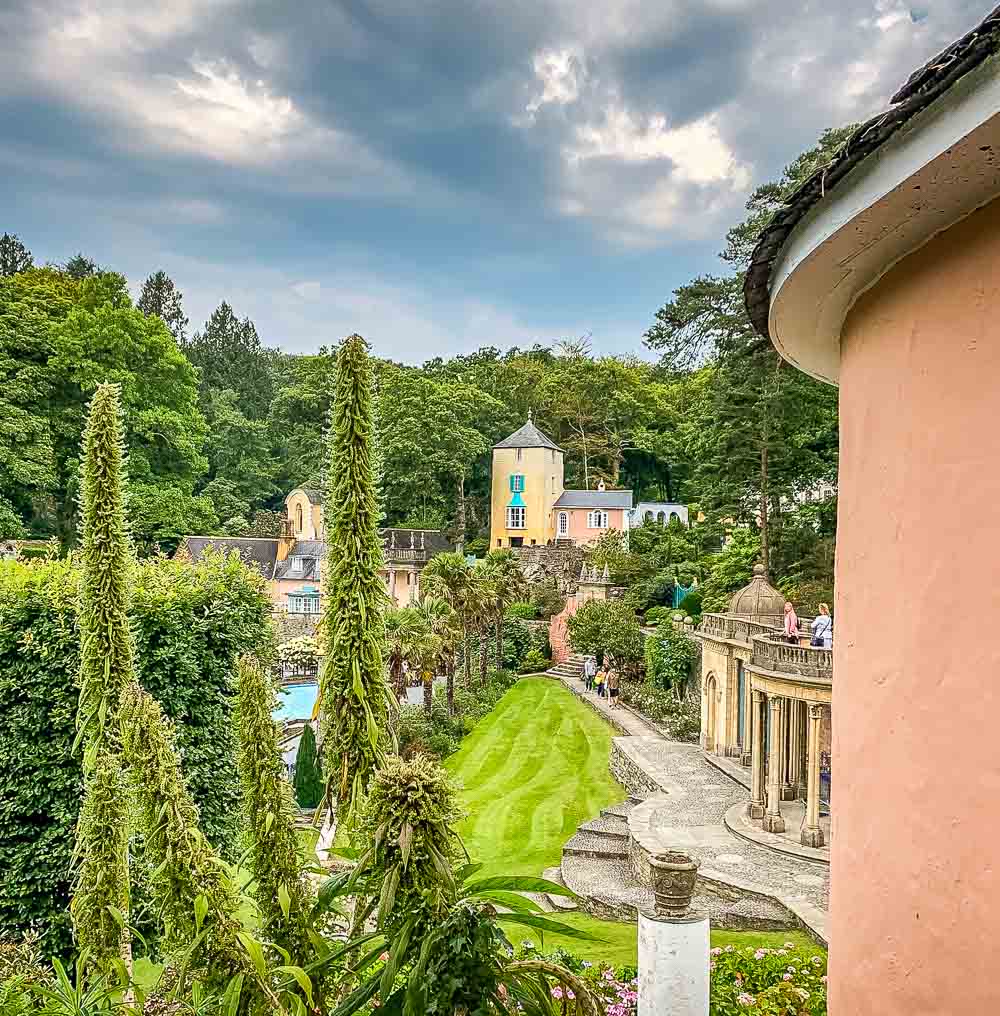 While I was there, a Verve Rally meet up took place which meant my sons spent a lot of time enjoying the Lamborghinis, Ferraris, Aston Martins and McLarens parked there against the stunning backdrop! 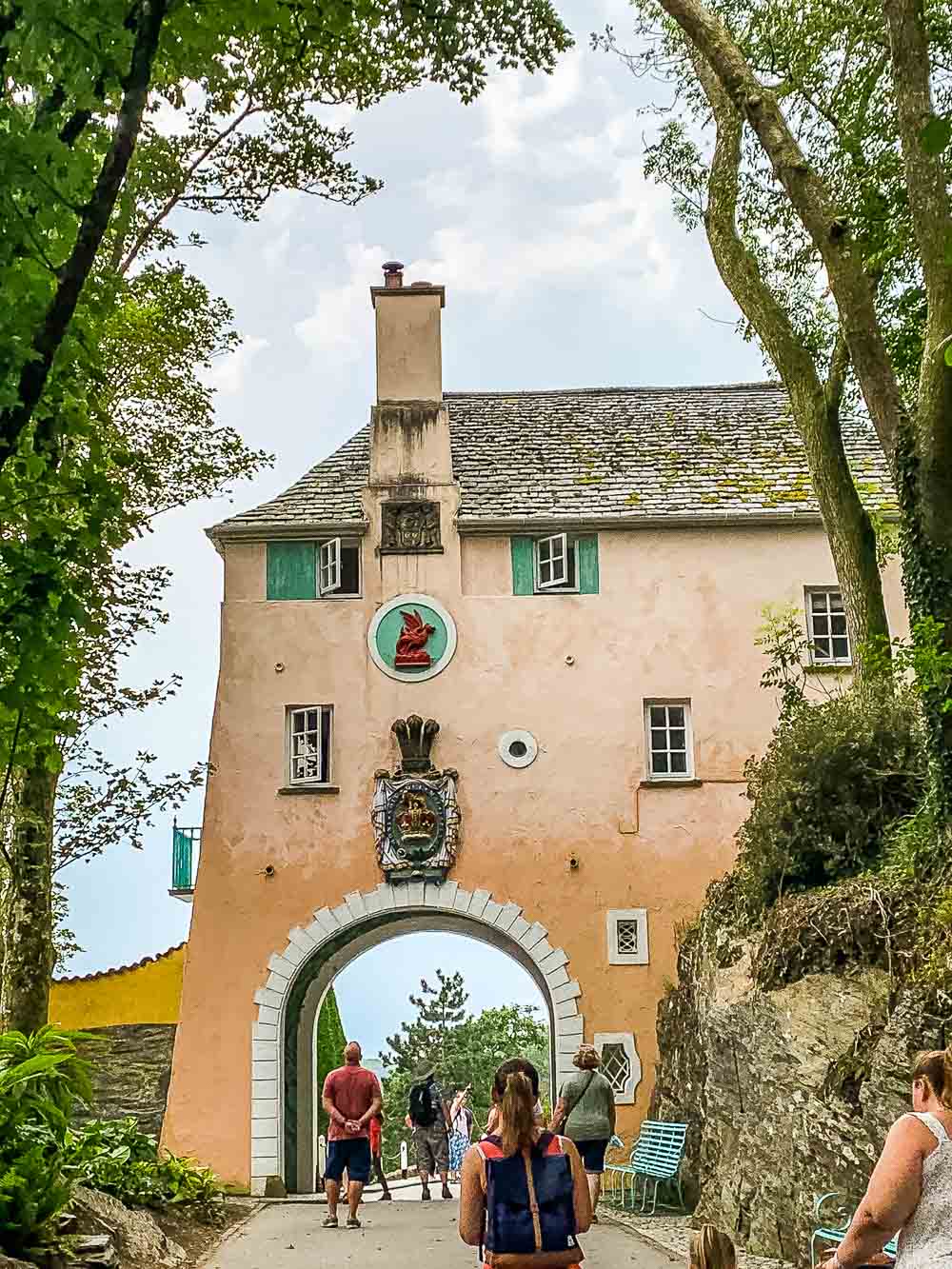 There is so much to see in Snowdonia itself, but add Portmeirion to your list – it’s well worth it and something you totally wouldn’t expect to find in Wales or indeed the UK.