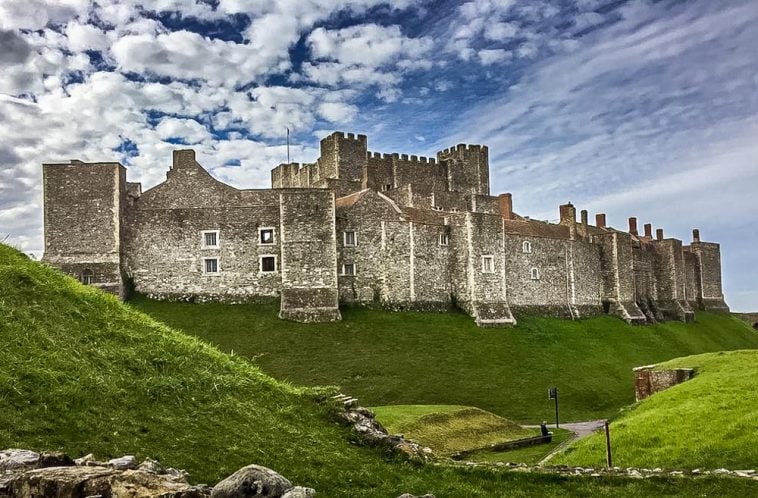 I’ve been wanting to go to Dover Castle for ages, I’ve always loved Castles and history and both of our children have been with their schools but I had never had time to go, so when it was my 50th Birthday I decided that a trip to Dover Castle was what would make the day extra special and memorable. 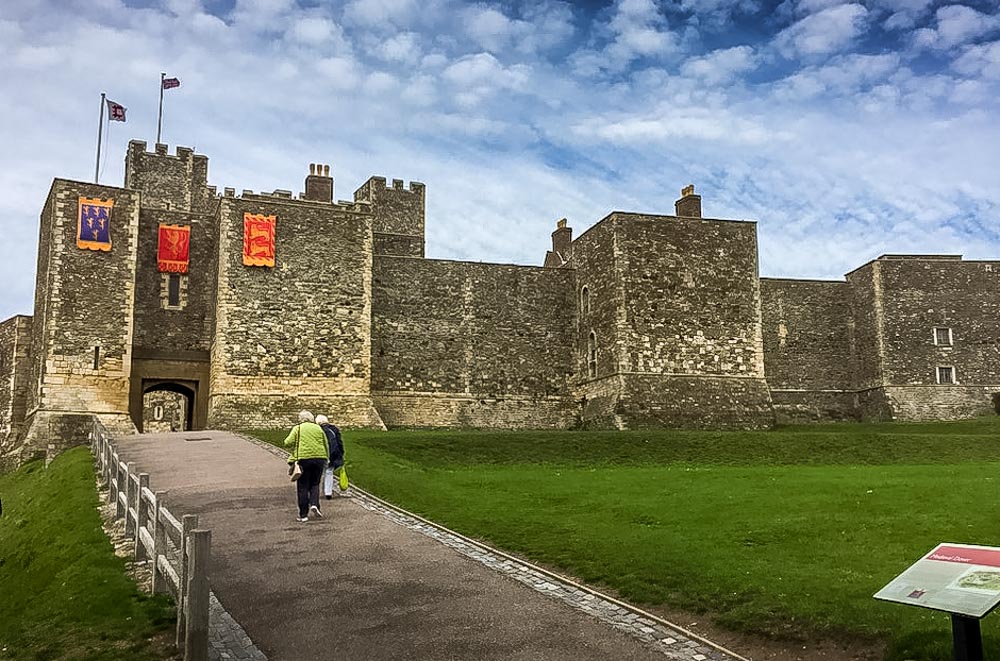 Dover Castle is built on an old Iron Age hill fort and can be seen for miles around- it’s in clear view as you approach Dover and stands proudly looking down on the port and town. The castle itself was first built in 1066 by the Normans on a small scale and then between 1180 and 1250 Henry II and his successors developed the original castle on a huge scale to what you can see today.

Dover Castle is known as “the key to England” and is apparently the largest castle in England although Windsor Castle could have a say on that. It is now run by English Heritage. 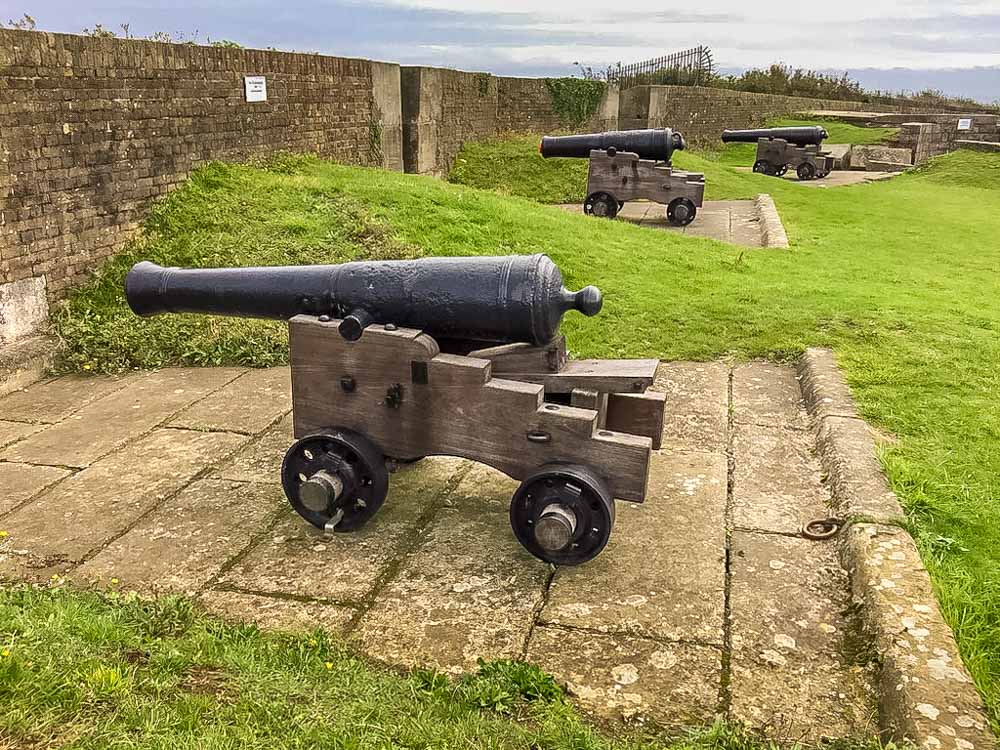 It has a long and eventful history – it has a Roman lighthouse on the grounds next to an Anglo- Saxon Church, a huge square keep, The Mighty Tower, and the whole grounds are surrounded by a ring of stone walls with wall towers at regular intervals. Most recently the site was used in both of the world wars, notably as the command centre for the Dunkirk evacuation. It was garrisoned until 1958. Between 1960’s and 1980’s it held a secret cold war regional seat of government. 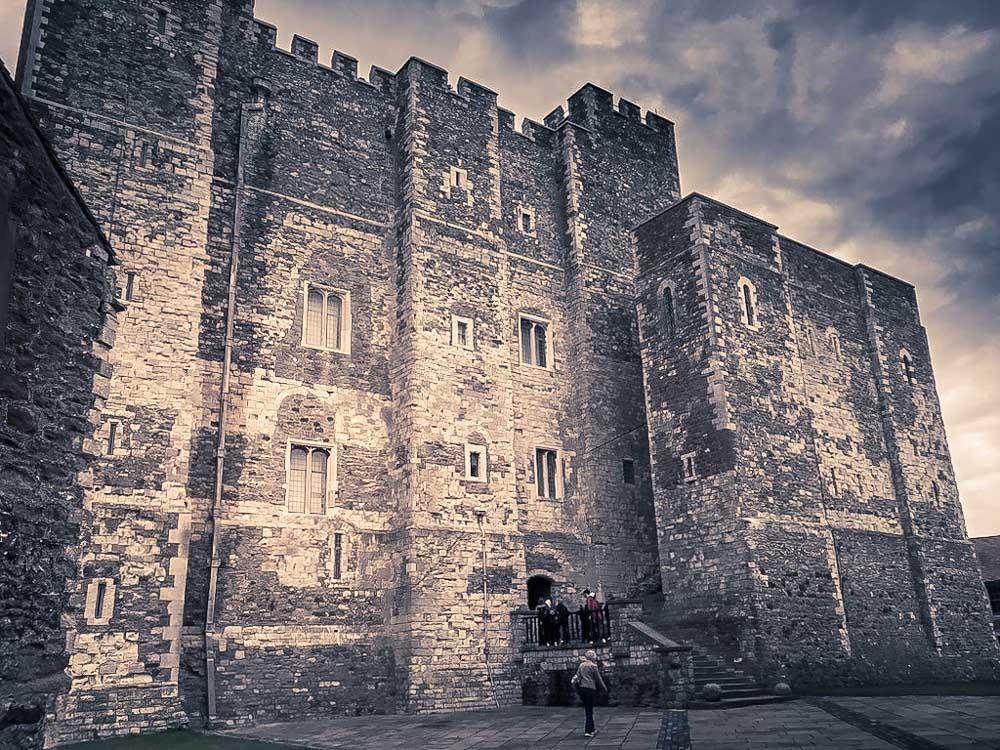 We first went and had a look around the Great Square Tower. There are many rooms in the castle which was primarily built as an occasional residence for the monarch and his court. English Heritage have dressed the rooms so that you can see what they would have been used for, and for you to have a feel of what it would have been like to live there. There are plenty of staff around to tell you about the history of the castle and to answer any questions that you might have. There are even actors projected onto screens telling you stories as you go around. We climbed up the winding staircases and onto the battlements and wow what a stunning view. You can see the whole of the grounds and out onto the port of Dover and watch the ships coming and going. 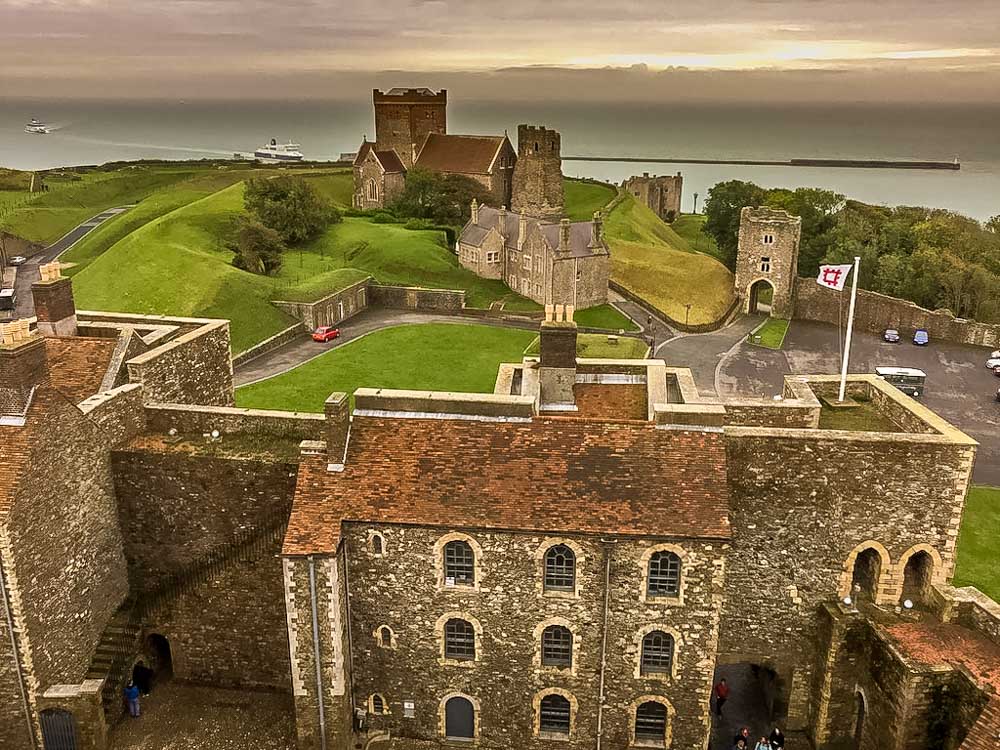 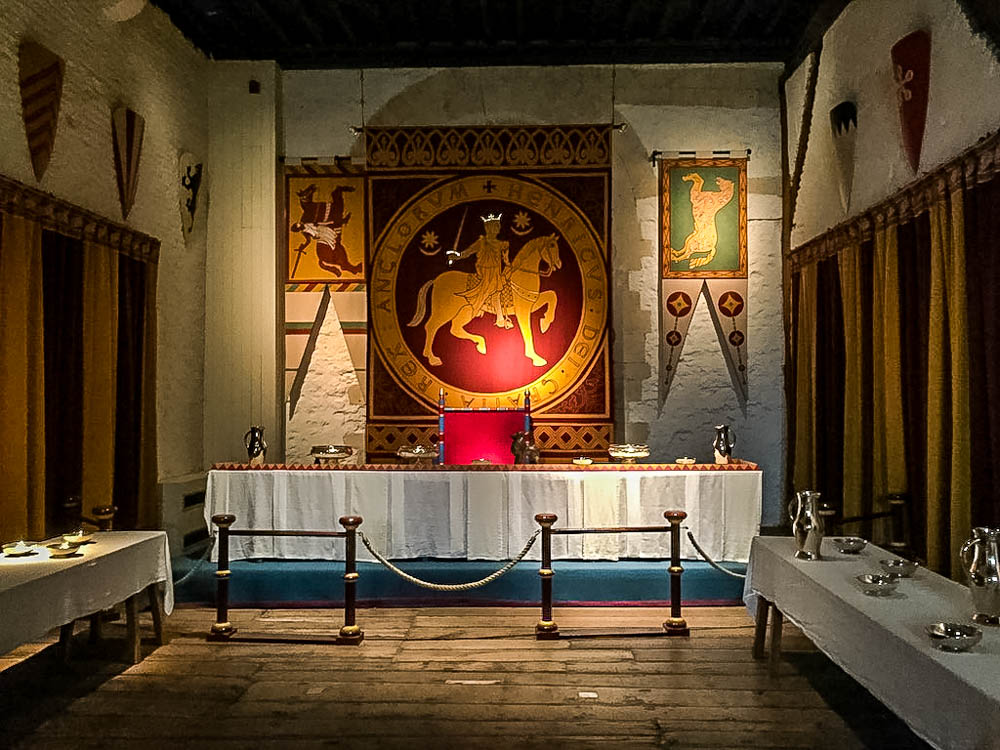 We  climbed back down, making sure we’d been into every room and into the courtyard where there are a few museums to have a look around. We stopped for a bite to eat and a cup of something hot in one of the three cafe’s on the grounds. A lovely selection of freshly baked cakes and it was clean and tidy and very welcome after going up and down the castle stair ways. 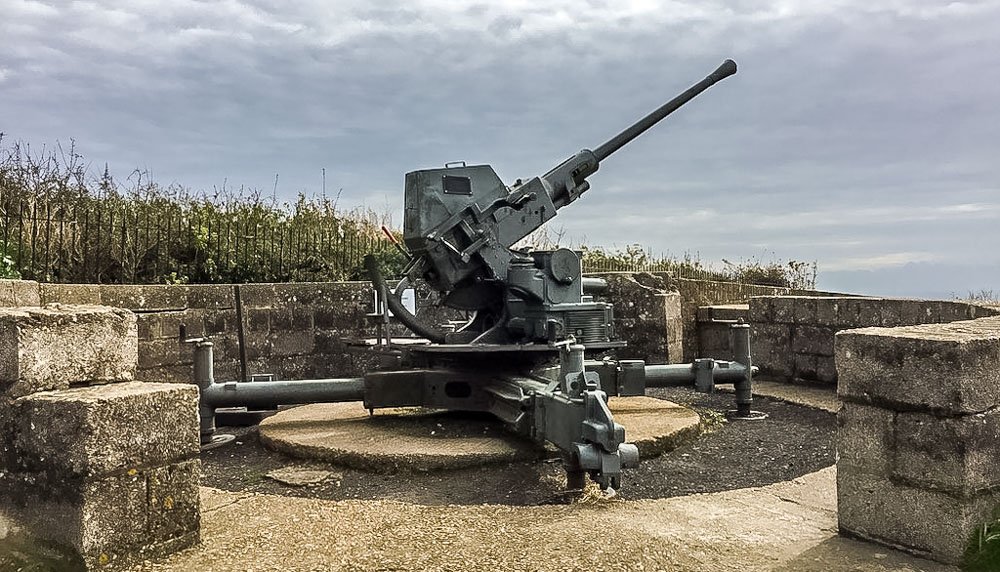 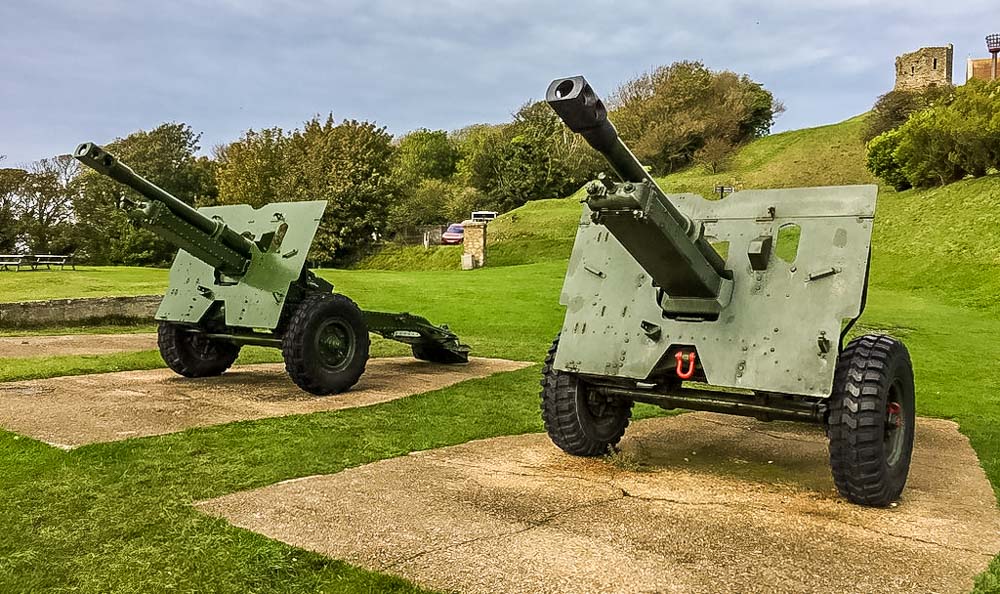 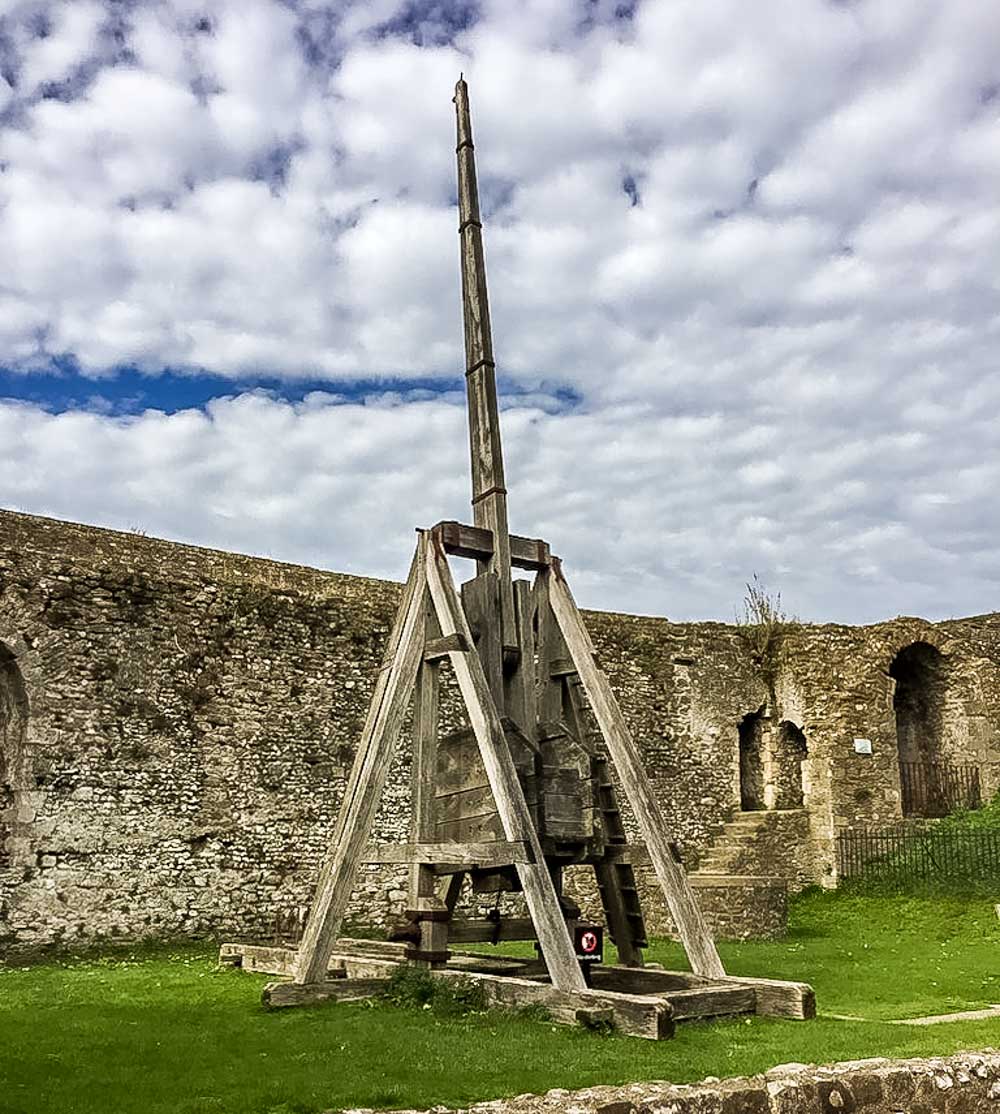 We were then ready to go exploring again to go around castle. It really is a fantastic place to just explore. With so many nooks and crannies to find. You really need to take a whole day to go around the castle as there is so much to see and you don’t want to rush around or you will miss something. Take your map out from time to time to make sure you haven’t walked past something that you can walk through and explore. We went up onto the castle walls and you can see canons from the time of the castle and also canons and guns from the world wars. Again the views are stunning. We went through to Avranches Tower and from there you have a fantastic view of the back of the castle. 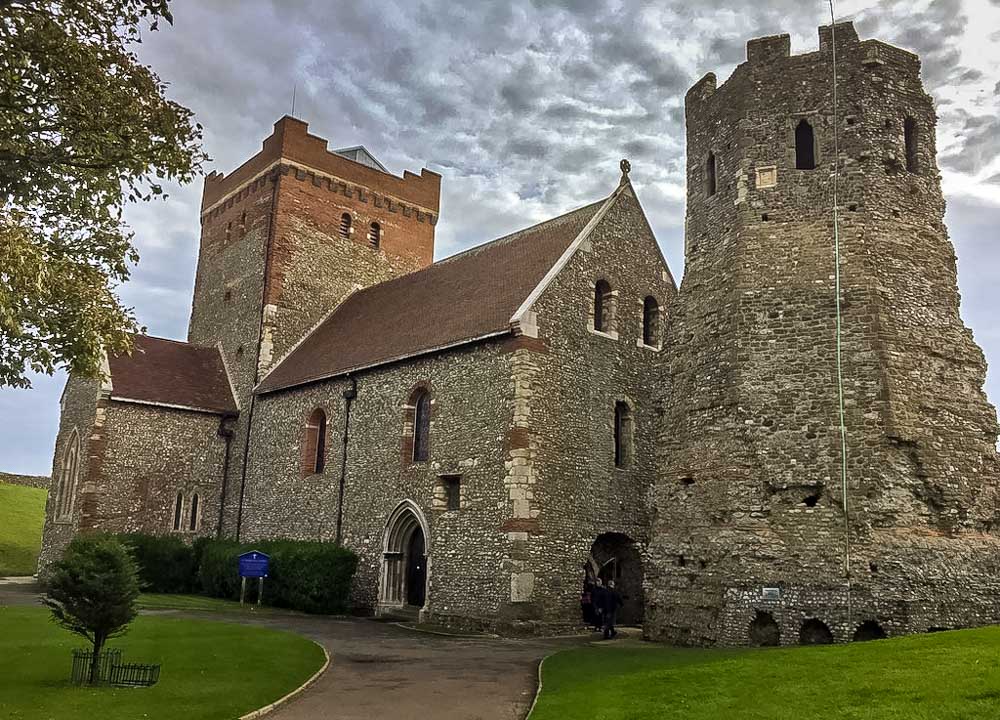 We then walked up to look at the remains of the Roman Lighthouse and to have a look inside the Anglo- Saxon Church. The church of St Mary in Castro has been heavily restored in the 19th Century and is great condition. 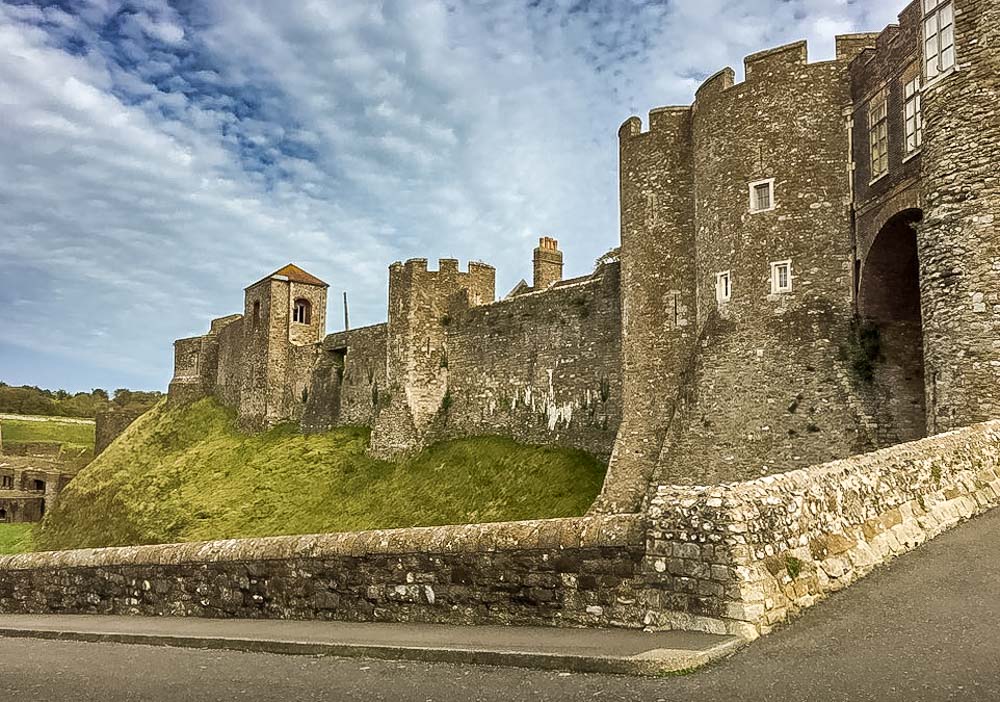 We took our time and walked around the sides of the castle to all the side entrances and wall towers and then walked down to have a look at the secret war time tunnels where there are guided tours at regular intervals. The tunnels were originally built during the Revolutionary and Napoleonic wars by William Twiss to help provide accommodation for several thousand men when the castle was already crowded with troops. They were then used again in 1938 during the war with Germany, as a secure Naval Headquarters. In 1942-3 they were expanded to provide more accommodation.There are two tunnel tours one which takes about 20-30 minutes around the hospital medical tunnels and the other which is about 50 minutes long which is where you can learn all about the “miracle of Dunkirk “ 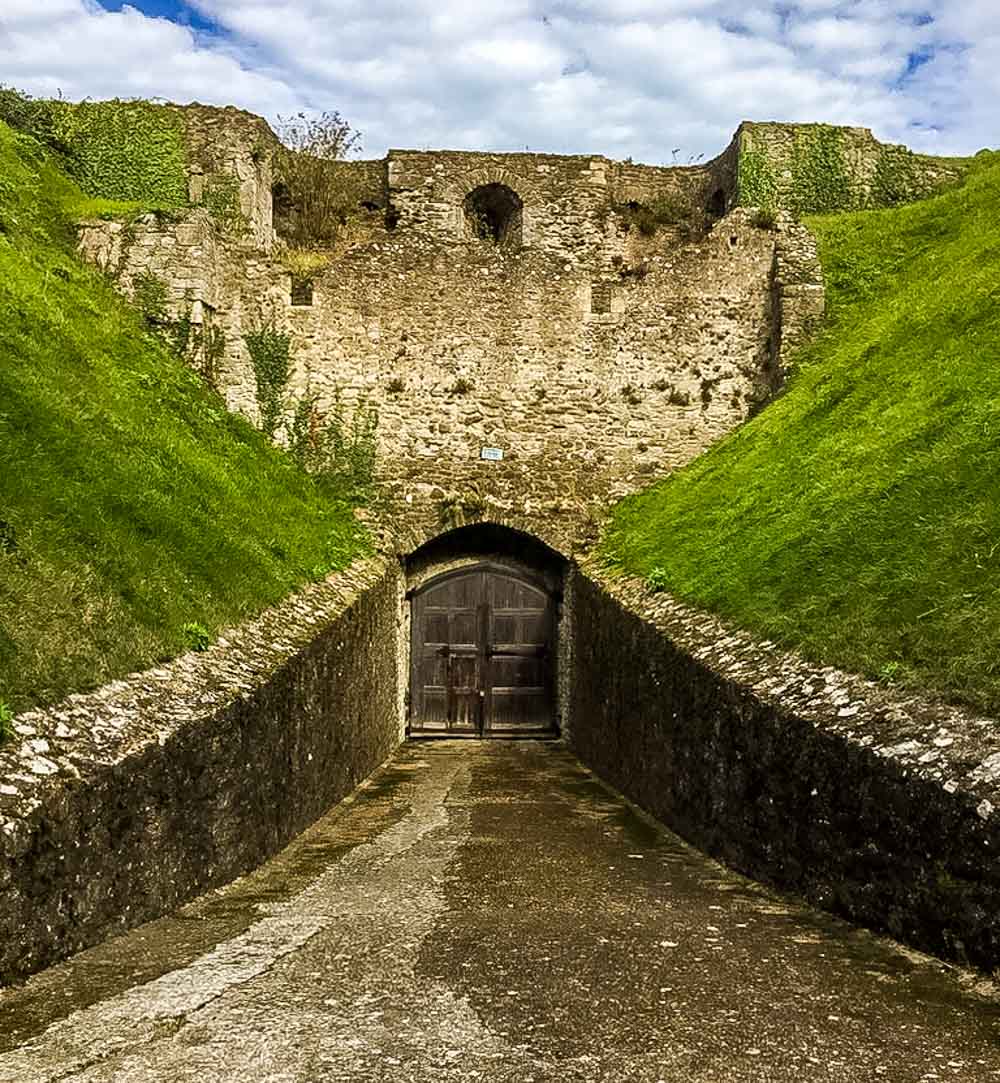 There are some medieval tunnels too to explore but we ran out of time and missed these – we will defiantly go back and find the bits that we missed. 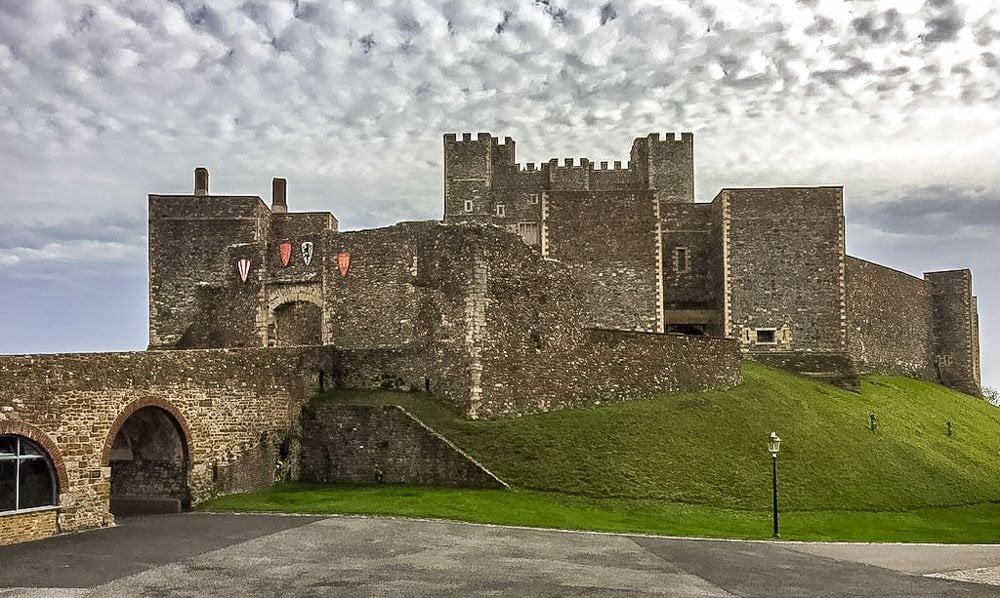 If you love History and love to explore to your hearts content, then this is the place for you. It’s well worth the entry fee and has a full day of fun for the whole family.There’s plenty of places to eat and drink and so much to see and do and learn. It’s absolutely fascinating and we really loved it. There is a lot of walking and climbing to do but plenty of places to stop for a while and there is a land train available if you have trouble with mobility and mobility scooters and wheel chairs to loan if you need them. It really is a great day out