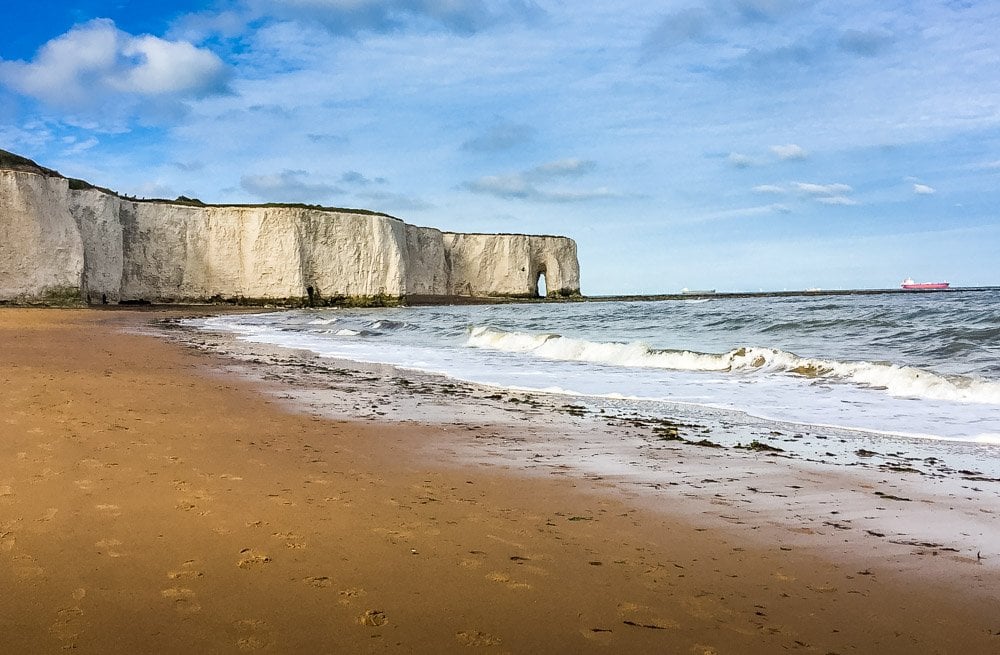 I’ve been to Broadstairs a few times to deliver cakes but never really had the time to look around, so the first chance I got, I dusted off my walking boots and headed over to have a closer look.

Broadstairs is a coastal town in East Kent situated between Margate and Ramsgate. It’s one of Thanet’s seaside resorts and is known as the “Jewel in Thanet’s Crown” and you can see why when you see the stunning bays around the town. 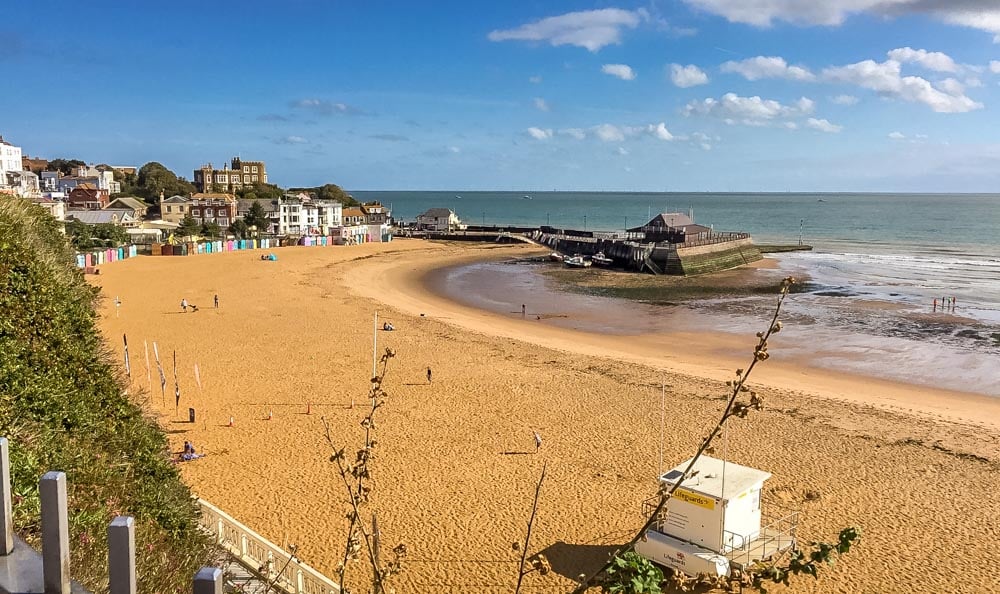 Broadstairs is made up of seven sandy beaches – Viking Bay which is where the main town of Broadstairs lies , Botany Bay , Dumpton Gap, Joss Bay, Kingsgate Bay, Louise Bay and Stone Bay.

First of all I popped down to Viking Bay for a walk along the promenade and a look around the town.

The main town allegedly gets it’s name “Broadstairs” from a former set of steps, set in the chalk cliffs which used to lead to an 11th Century “shrine of our lady” on the cliff top.

The town was Charles Dickens favourite holiday resort where he was apparently inspired to write David Copperfield, while staying at Bleak House. There is a Dickens House Museum and the town has an annual Dickens Festival which celebrates his life, times and novels in June.

Smuggling was rife in the bay for centuries and there is a smuggling museum in the main town of Broadstairs. Walking along the coast you can see the caves the smugglers used all lining the chalk cliffs. 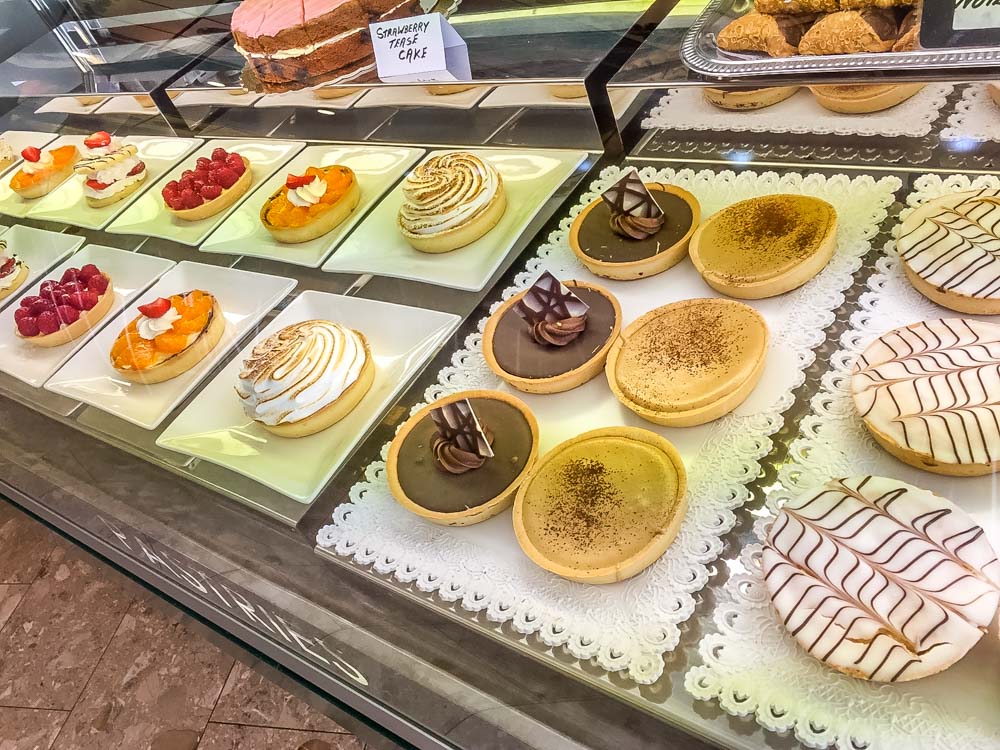 I had a walk around the town first and it has such a lovely feel to it, taking you back to the old fashioned seaside resorts. Proper 1950’s style ice cream parlours on the seafront and patisseries with the most stunning tarts and tasty treats. 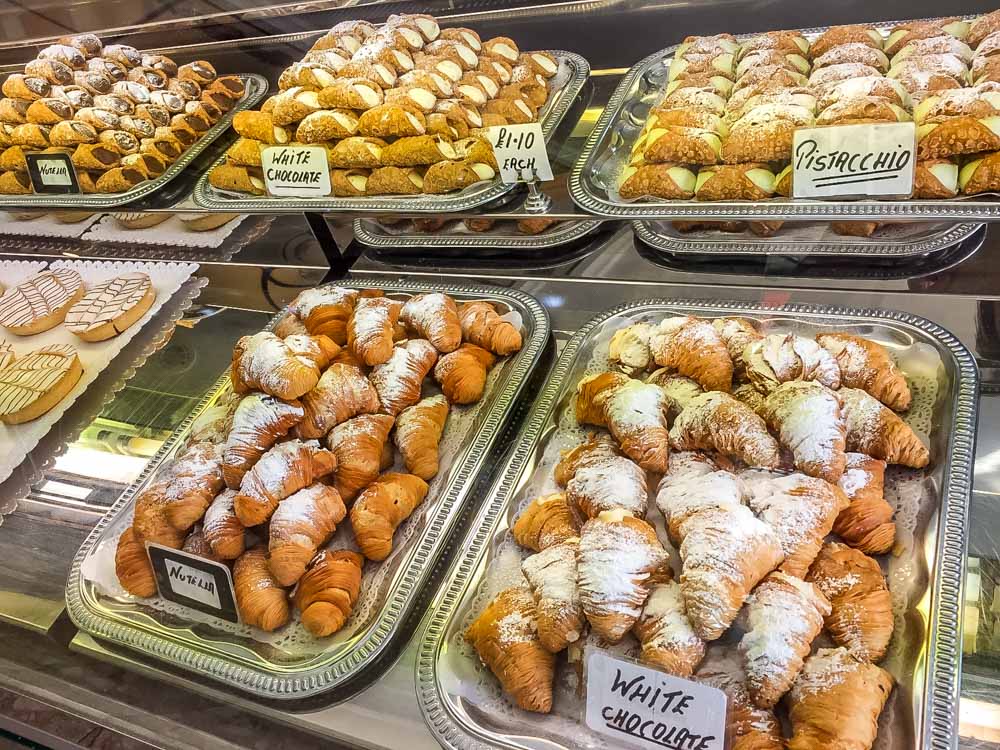 Into the town there are antique shops, tea parlours and restaurant a plenty , some of which have places to sit outside with a fantastic view of the sea. Cobbled streets with quirky twists and turns make it exciting to explore. 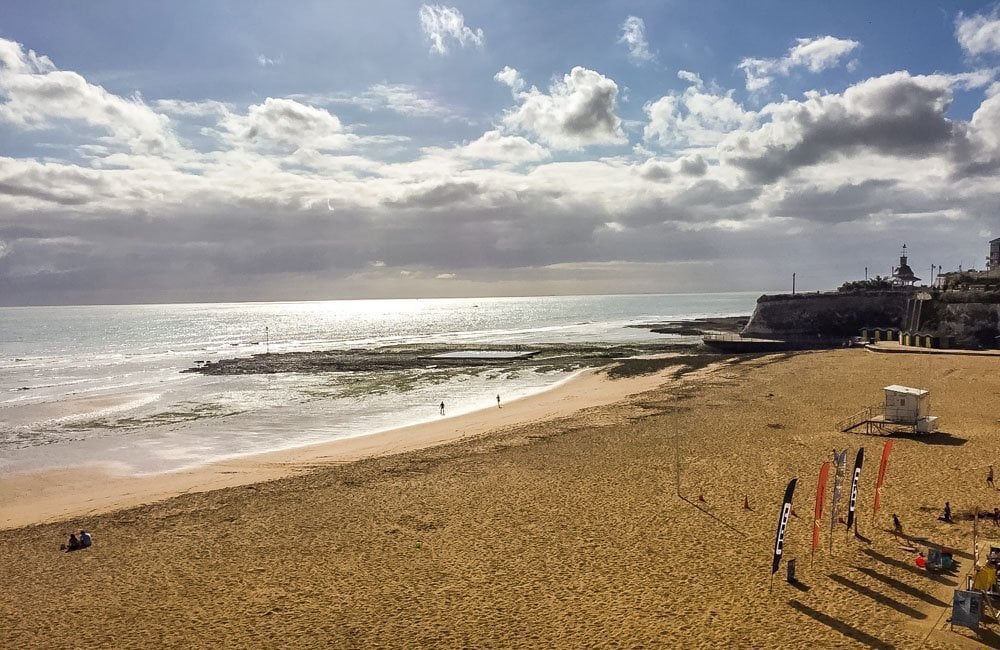 I headed back down to the seafront and walked along the Bay- you can go down onto the beach or walk along the broad walk by the beach where there are beach huts all along the sides of the Bay . There’s a sheltered cove in the Bay, which is perfect if you are learning to surf and a sea pool built into the rocks at the edge of the sea. At the end of the Bay is the fishing port and a beautiful sandy beach lining the bay with children’s rides and surf school. 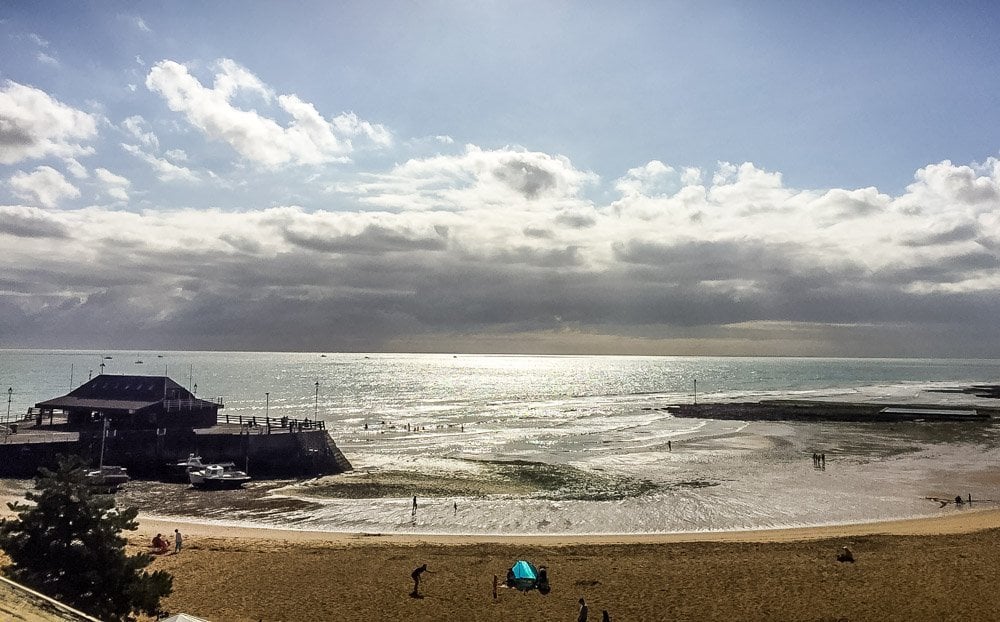 I chose to walk along the cliff path and through the cliff top gardens and past the bandstand – the thing that struck me about the Bay was that it had so many benches to stop and just look at the amazing view- usually a seaside town has benches every now and then but Broadstairs has so many, all lining the Bay- so nice to have a walk and to be able to sit down and just take everything in when ever you want to. 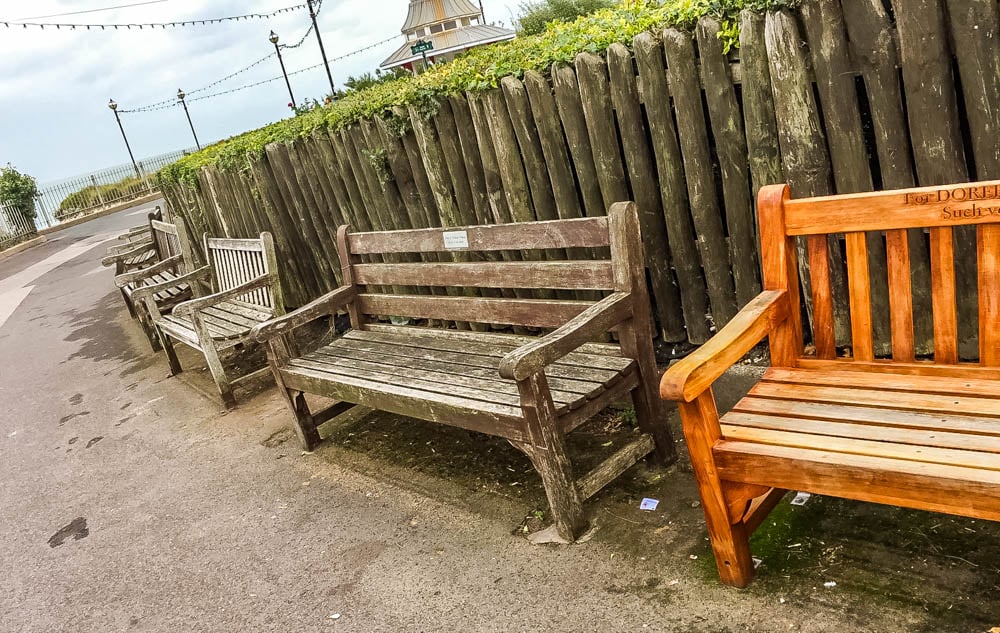 It was clean and tidy and has been very well looked after and was just stunning from end to end. N.b : There is a lift that goes down to the beach and beach wheelchairs are available on request. 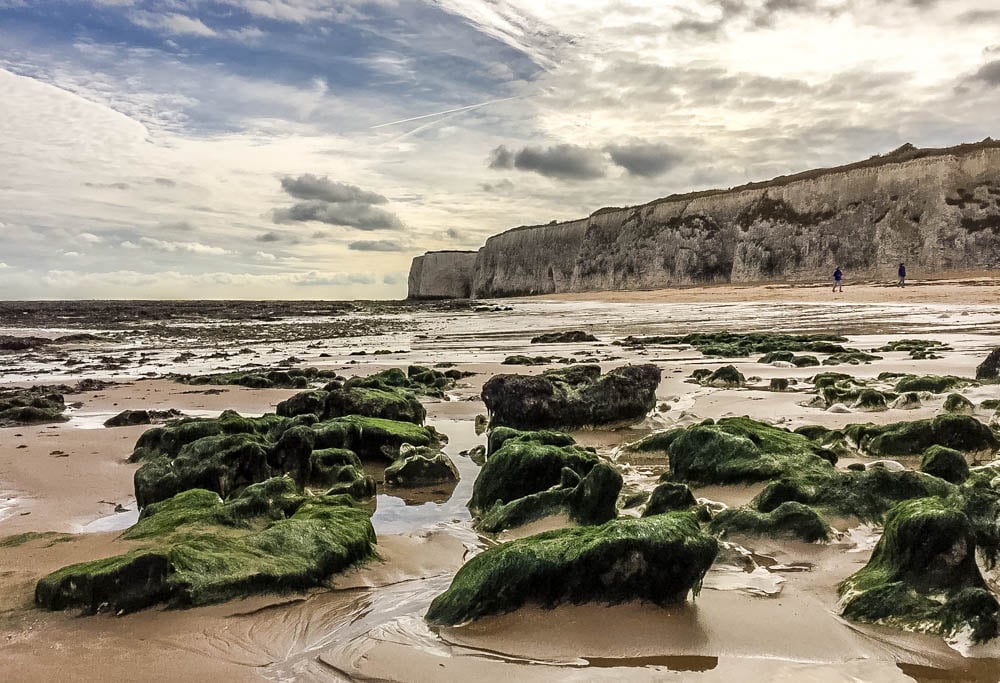 The beaches along this part of Broadstairs were spectacular – at low tide there are hundreds of rock pools , perfect for exploring the local wildlife with crabs a plenty and I’m told it’s an ideal place for fossil hunting too

It has the most incredible, huge chalk stacks on the beaches where the cliffs have been eroded away by the sea 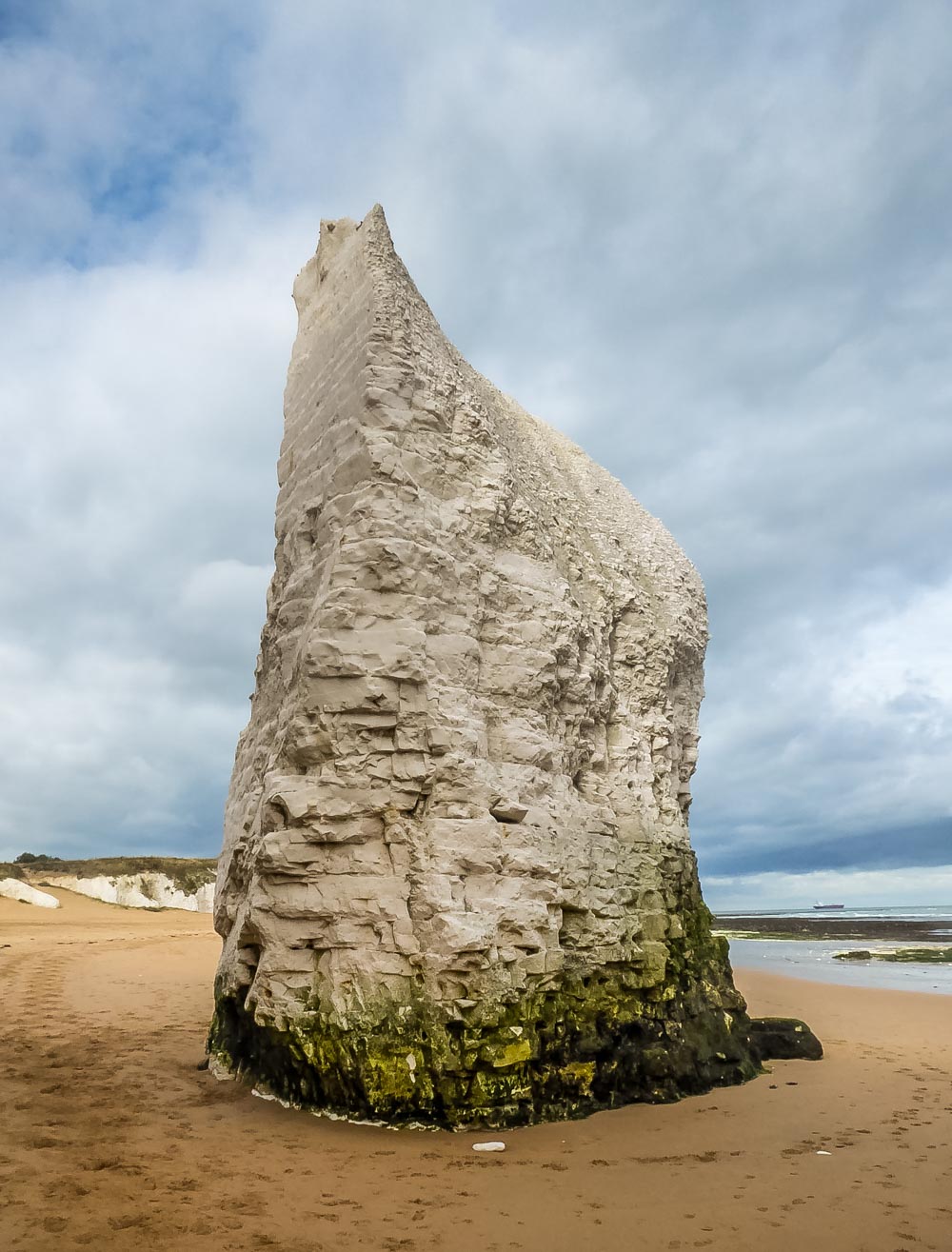 Walking along you can see all the sea caves carved into the chalk cliffs where the smugglers used to come and hide their loot to avoid the customs officers. It’s absolutely fascinating and so picturesque. It’s a great place for little ones to run and explore and perfect for a quiet secluded walk along the Kent coast. 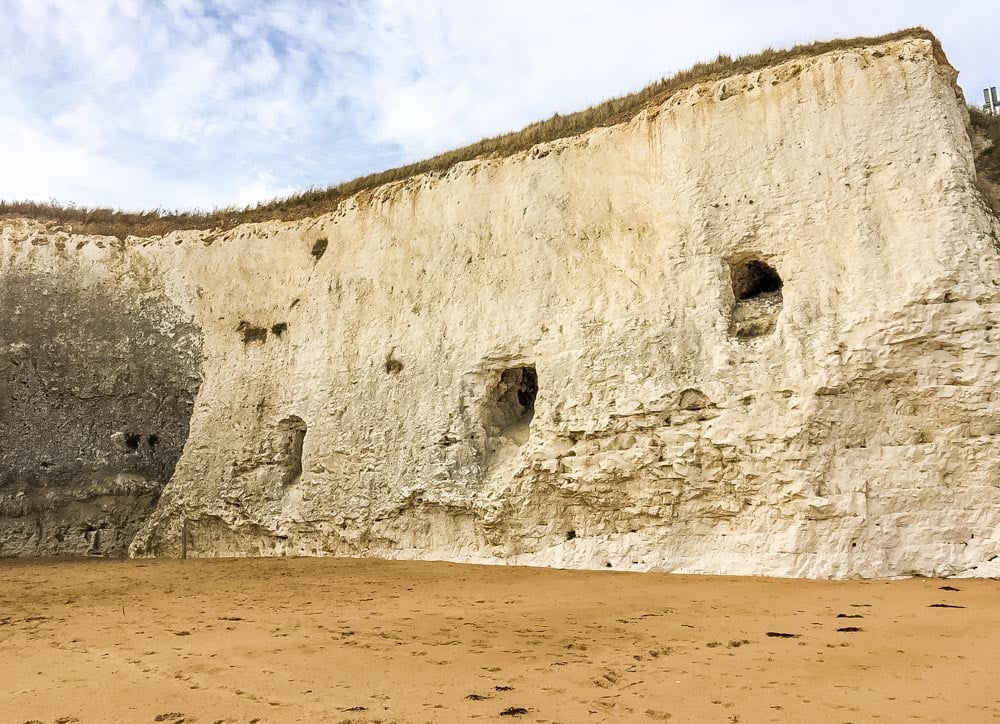 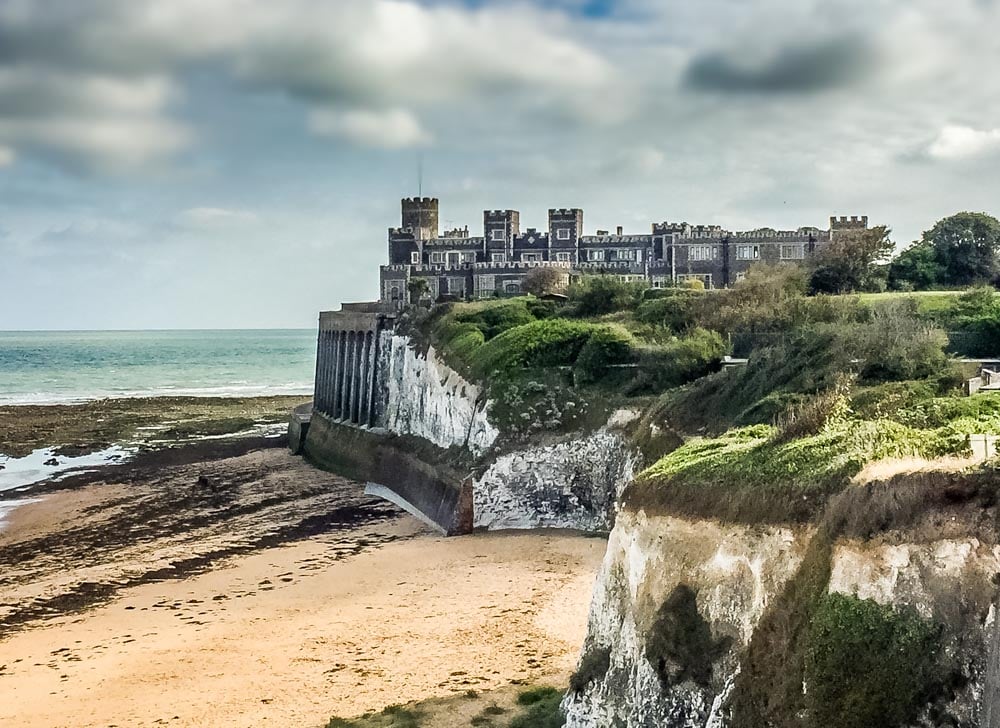 Broadstairs is a beautiful and fascinating part of the Kent coast I can highly recommend.sea