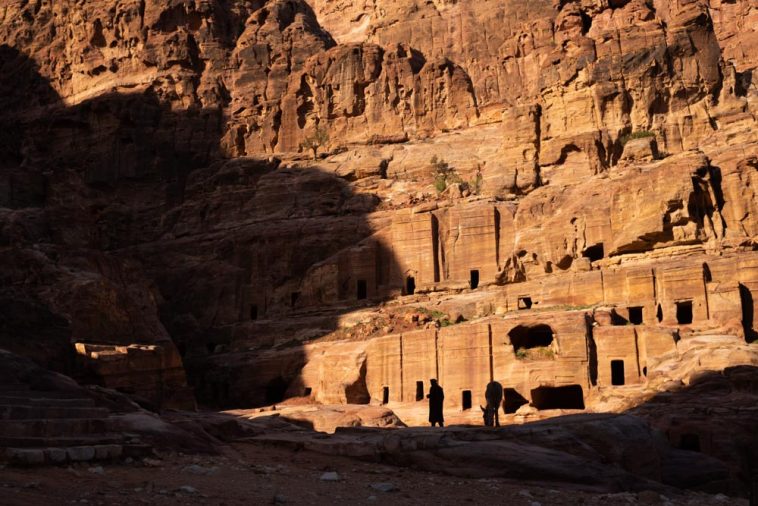 Where to start?  So much has been written about Petra its tricky to know what more can be said.  Everyone is familiar with the Indianan Jones movie of the arrival through the Siq and the view of the Treasury building.  The world heritage site and one of the wonders of the world is by far the biggest draw of tourists to Jordan with around 800,000 visitors in 2018.  The visitor numbers had been falling in the years before this, probably because if the instability of the countries surrounding Jordan (especially the Syrian situation).  The numbers have been rising again in 2017, 2018 and, I assume, 2019 when we visited. 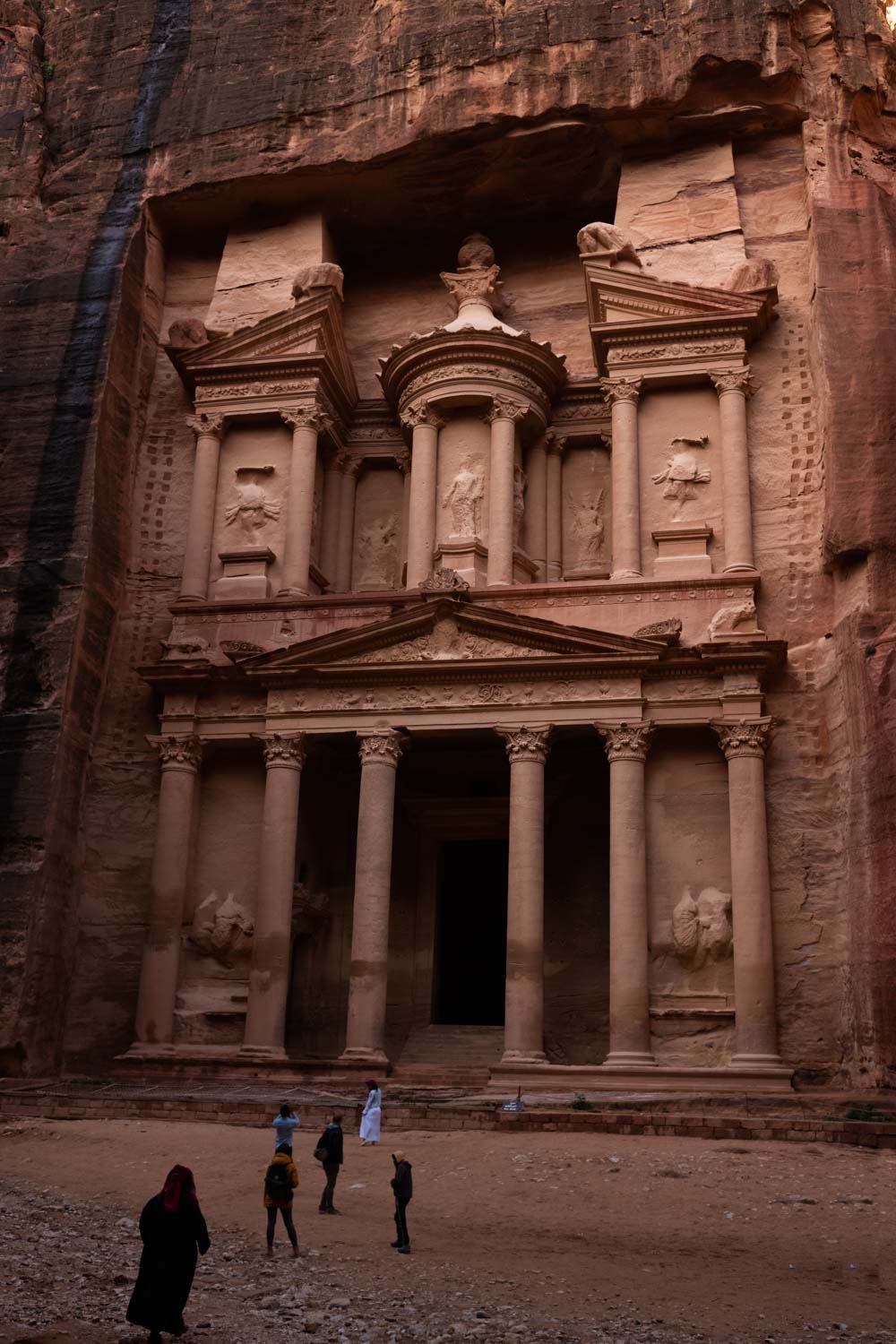 It is, of course a tourism honey pot, and you’ll have to get use to the idea that you’ll probably be sharing this experience with hundreds, if not thousands, of other people. That said, it is amazing and I actually wish we’d had more time to explore. We had around 24 hours there and it was not enough. 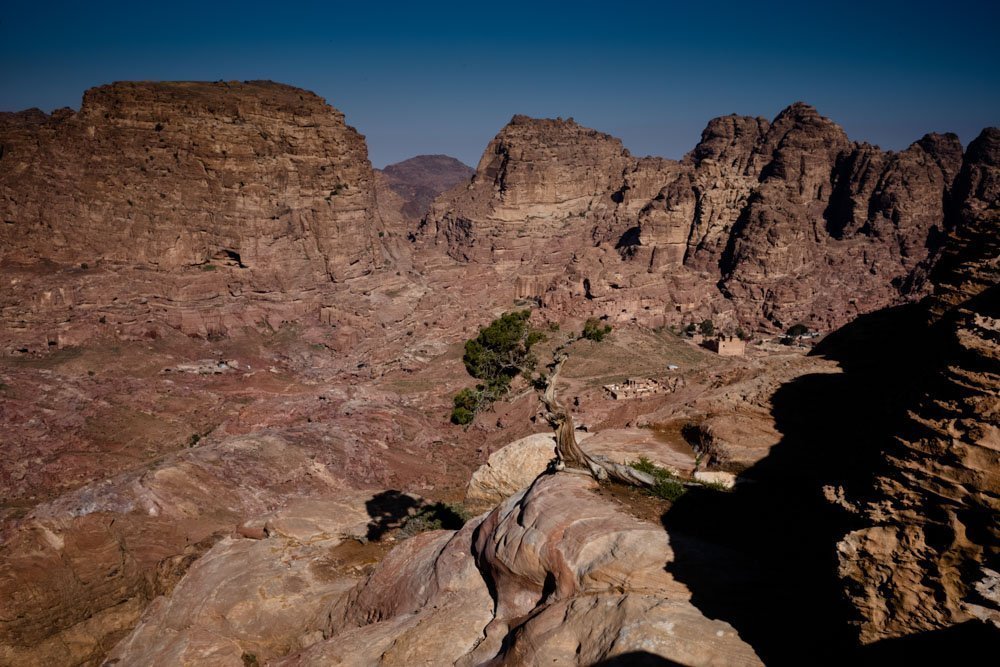 I’ll start with the basics.  It seems likely that the narrow gorges in the sandstone of Petra have been used to shelter trading caravans for centuries but as a city it began to prosper as the capital of the Nabataean Empire from the 1st century BC.  It grew rich through trade in frankincense, myrrh, and spices.  Many of the Nabataean monuments carved into the red sandstone cliffs are tombs.  Later the Romans annexed the area and the city developed more Roman and later Byzantine style.

An earthquake in 363 AD destroyed the city and as the trade routes moved to the Red Sea the city never recovered and was left abandoned to be forgotten except for the local Bedouin.  It remained ‘lost’ until a Swiss explorer called Johannes Burckhardt ‘rediscovered’ the place in 1812.  That started the modern age tourism boom – well slowly over time anyway – it is now a world heritage site and the iconic image of Jordan.

Bedouin inhabited the city until around 1985 when most, but not quite all, the locals were moved to a new village nearby.  In fact our fantastic trekking guide Mahmoud Bdoul was born in one of Petra cave ‘houses’ and his family still live in the nearby village.  I even met Mahmoud’s aunt at one of the many tourist ‘trinket’ stalls dotted around the city. 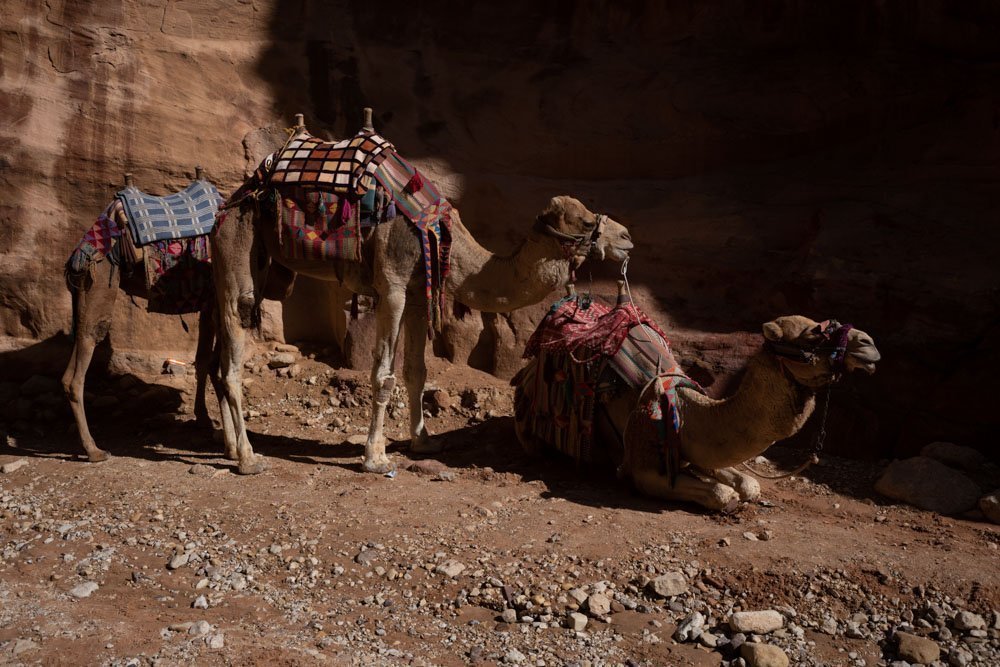 We had the great experience of arriving by foot from the Monastery entrance having trekked for five days to get there. So we had the, slightly smug if I’m honest, feeling of having earned our visit by arriving on foot.  We also had the extraordinary experience of arriving in a hailstorm with thunder echoing around the valleys. 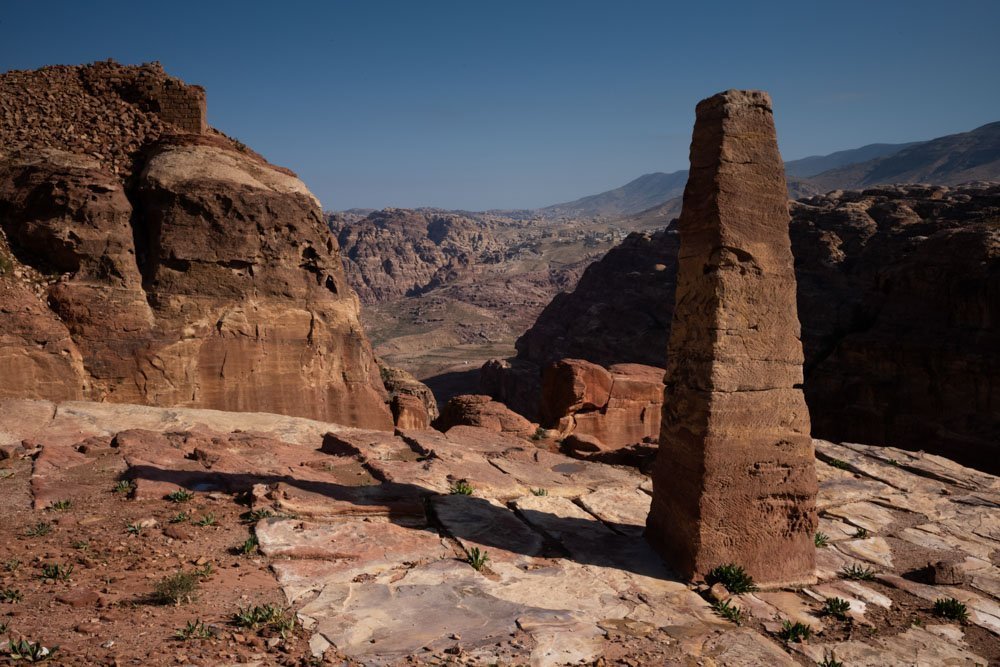 I’d obviously seen many photographs of the main tombs and temples  – but I wasn’t prepared for how big the site is – especially the valley floor – all over the valley floor was shards of pottery and mounds of, as yet unexcavated stones and rubble.  Slowly the authorities are excavating more and more.

We explored quite a bit on our first day and then retired to a nearby bar!

The next morning we arrived early, about 6.30 am, and the gates were open and we had Siq almost to ourselves as we walked the ‘Indiana Jones’ route in.  The Siq is about 1.2 kilometres long and at its narrowest only about 3 metres wide.  The walls tower to about 80 metres high.  Then as you reach the end El Khazneh (or The Treasury) comes into view. Wow. Just Wow. 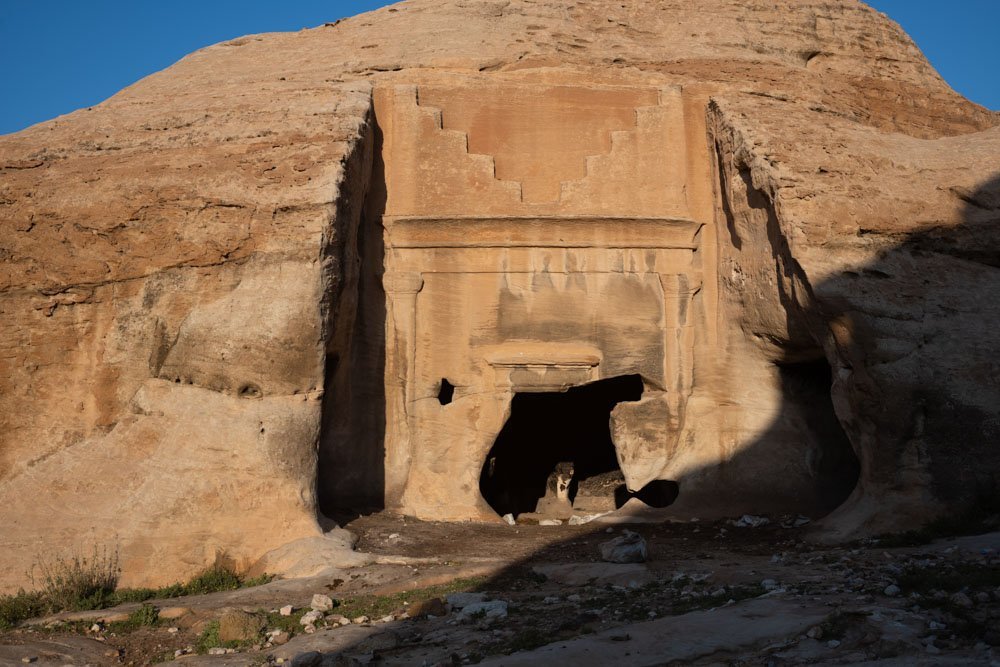 We then climbed to Jabal Madhbah, the High Place of Sacrifice, as the sun climbed higher and the light on the caved rock faces was sublime.  From there the views down over the valley floor gave a real sense of the scale of this city, as it would have been.  By the time we descended again the crowds had arrived.  Bus loads of them. 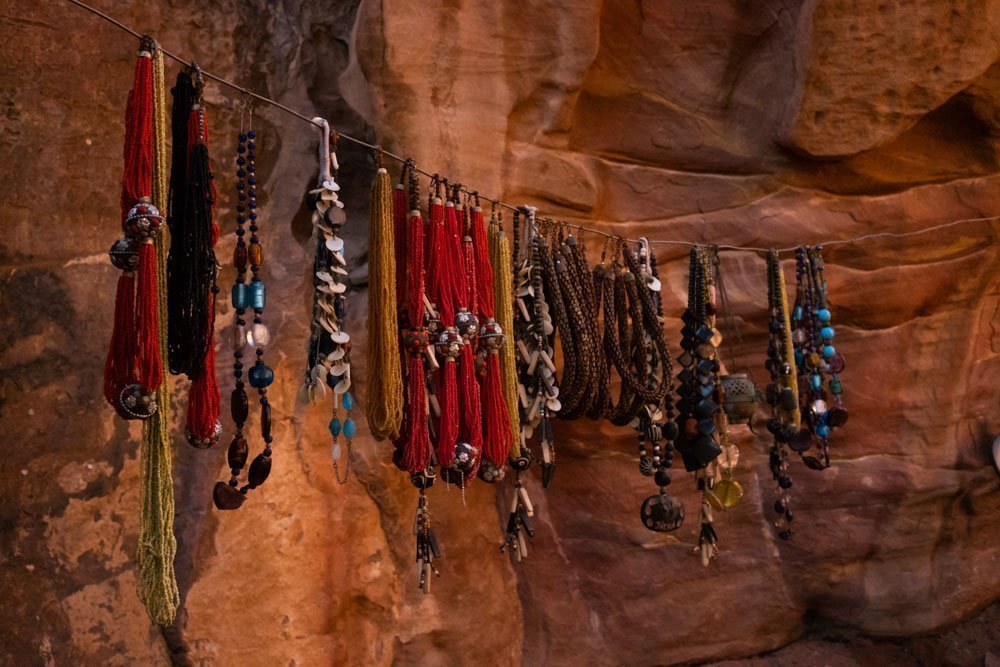 Petra is extraordinary.  Go there.  Visit.  But go in early and try and beat the crowds.