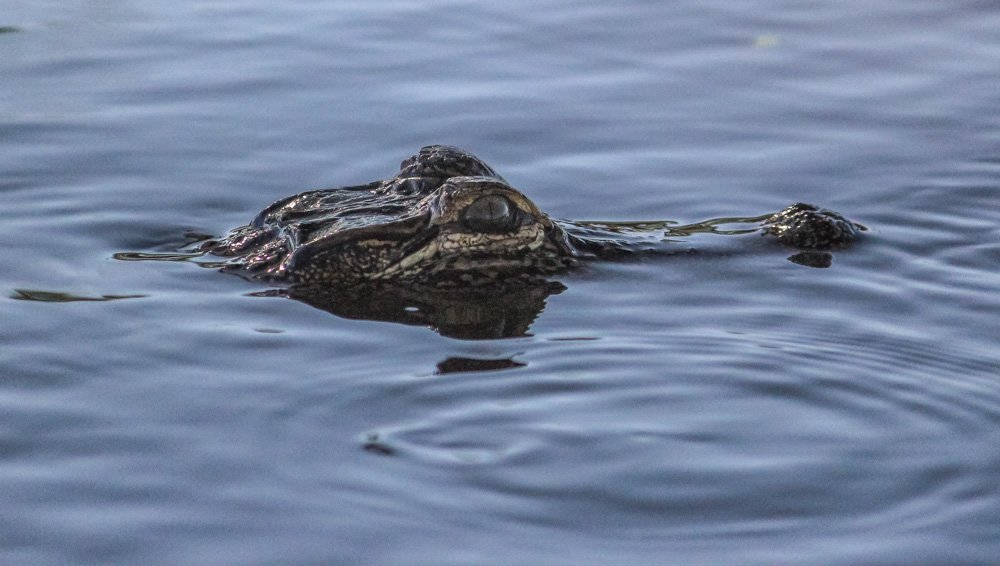 When staying in Orlando, you often think of Disney and Universal Studios and their theme parks. Sure, my holiday was to Florida was to involve a lot of this but I also wanted to take the opportunity to discover a bit more to the area, and particularly of the nature that can be found here. 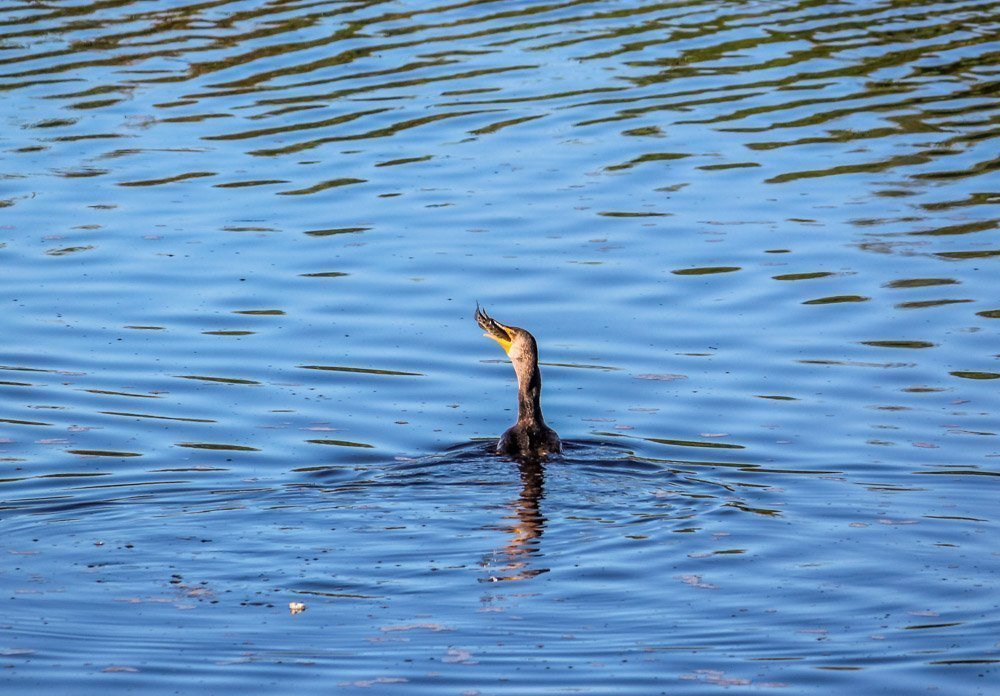 We were staying just outside Orlando in the town of Kissimmee and my hope was to travel to the Everglades to embark on an airboat ride to explore some of the area’s wetlands. After looking up just how long this trip would take me to travel down near to Miami and being in the USA for just a week, I settled on booking a day trip from Orlando that would encompass an airboat ride a bit closer to home as well as a trip to the Kennedy Space Center. 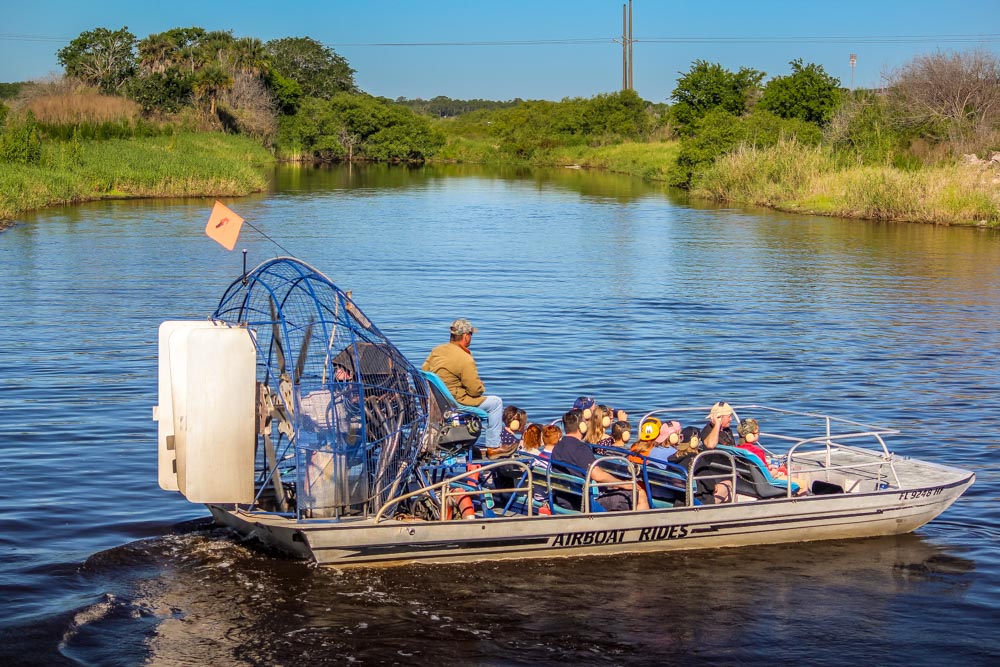 It was an early start as the bus picked us and some other weary-looking travellers up from Kissimmee and subsequently some of the resort hotels around Orlando and we journeyed around two hours eastwards towards our first stop of the day, Twister Airboat Rides, near to Cocoa Beach. 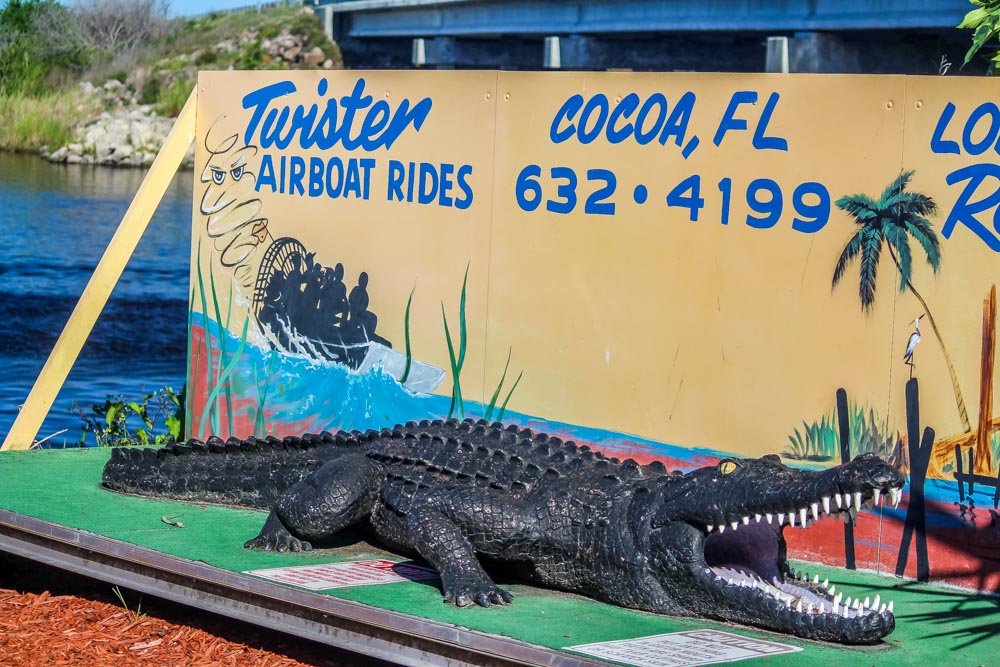 As we approached the boat launching area from the main highway, we looked down at the river below and could see what looked like a long wooden log floating just beneath the water, our first alligator sighting of the trip! Waiting to board our airboat we could see a wealth of wildlife just from the docking area – a cormorant feasting on a freshly-caught fish, birds flying overhead and a couple more pairs of eyes poking out from the water, more ‘gators! 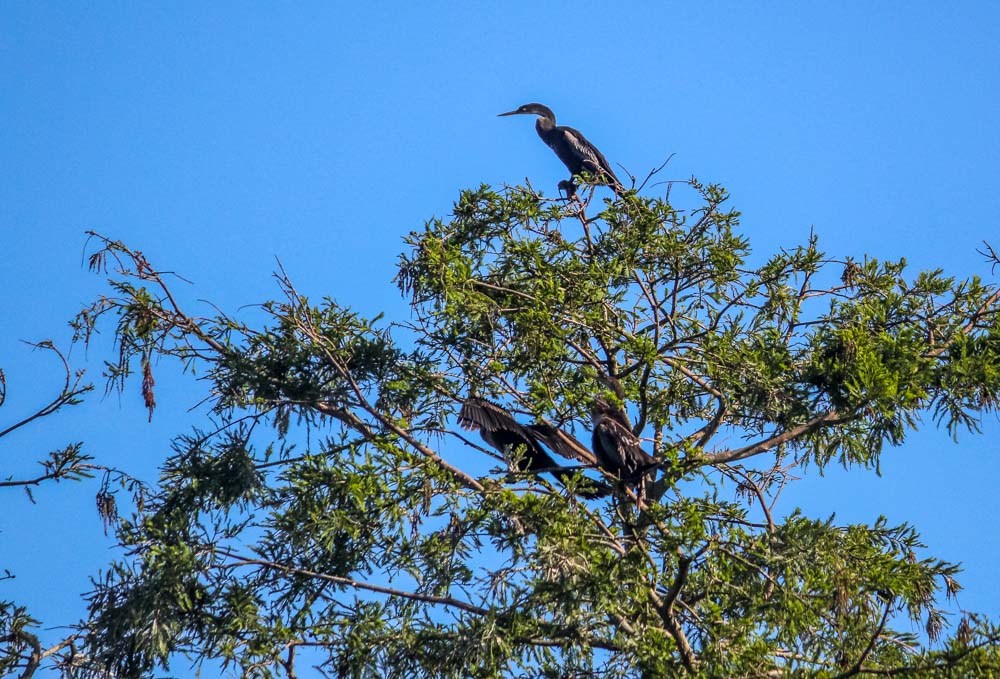 As we sat down on the boat, our captain instructed us to put on our ear defenders as the engine on the airboat makes an incredible noise when it’s running. We started off slowly pulling away from the shore before the boat began to race further down the St John River in search of more amazing wildlife. 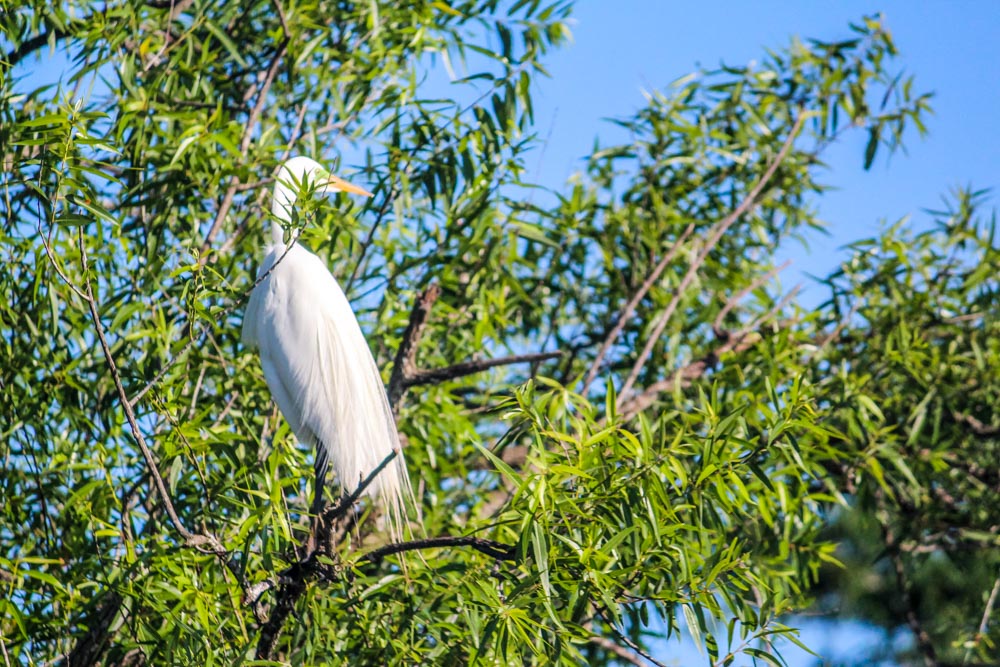 Along the way, our captain, who seemed like a great character himself (with a fantastic American accent) would slow the boat up to point out some of the wildlife that we could see. As to be expected of a wetland area, there were plenty of cormorants, herons and egrets sitting poised ready to catch passing fish. Equally, there were lots of opportunities to do alligator spotting, with some cute baby gaters earlier on in the tour and further in, the fully-grown adults. 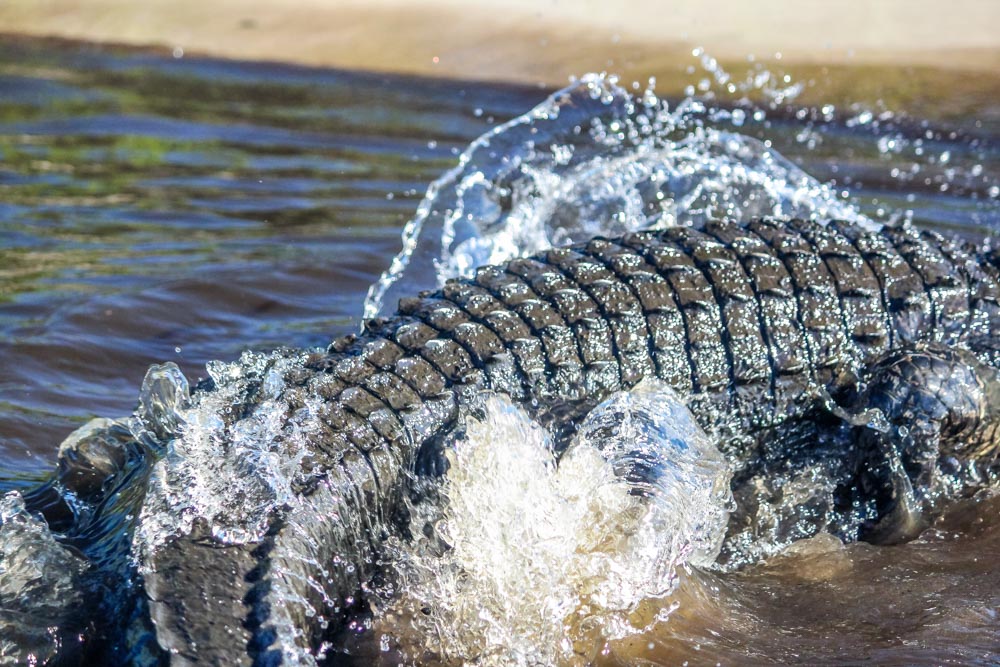 I have a bit of a deep-routed fear of crocodiles from time spent in Australia seeing the salties in the water however there is something fascinating about these creatures and how they have survived over the millennia. Somehow, the alligators didn’t fill me with quite as much dread as the crocodiles but that said, I certainly wouldn’t want to fall into the water here and understandably people are very cautious of them. 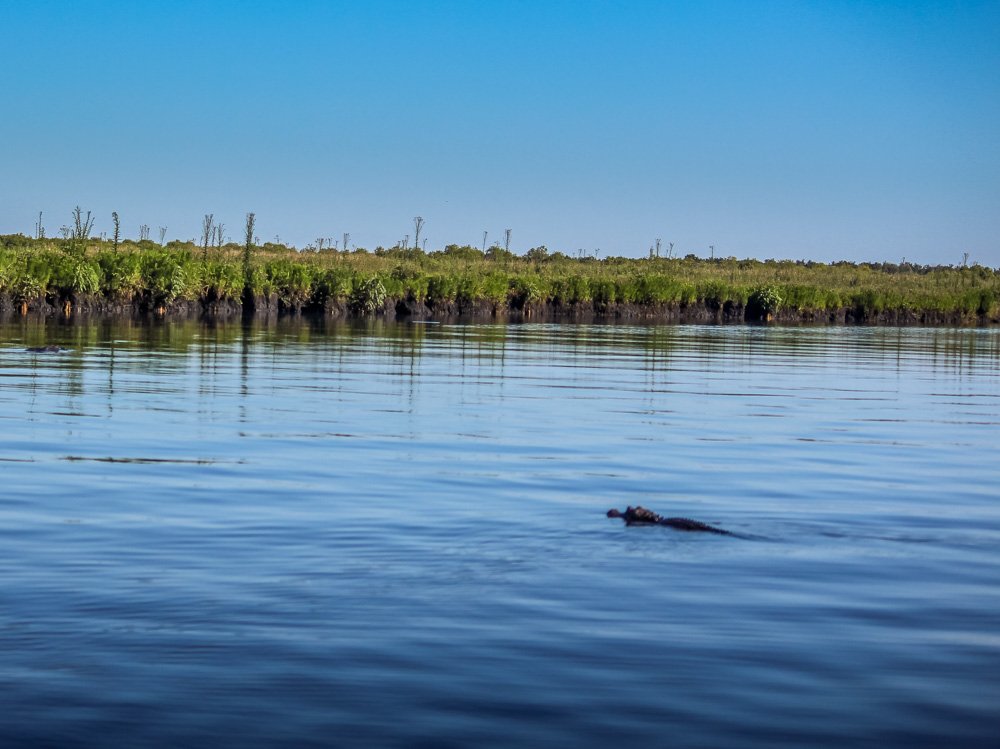 The biggest highlight to me was when our captain stopped the boat by a large tree and told us to look up it, there sat hiding behind some of the foliage sat an American bald eagle, one of the icons of America! Unfortunately, nature being nature, meant that the eagle was sat with the sun behind it and my camera couldn’t capture it in the best light. Always the way! 😊 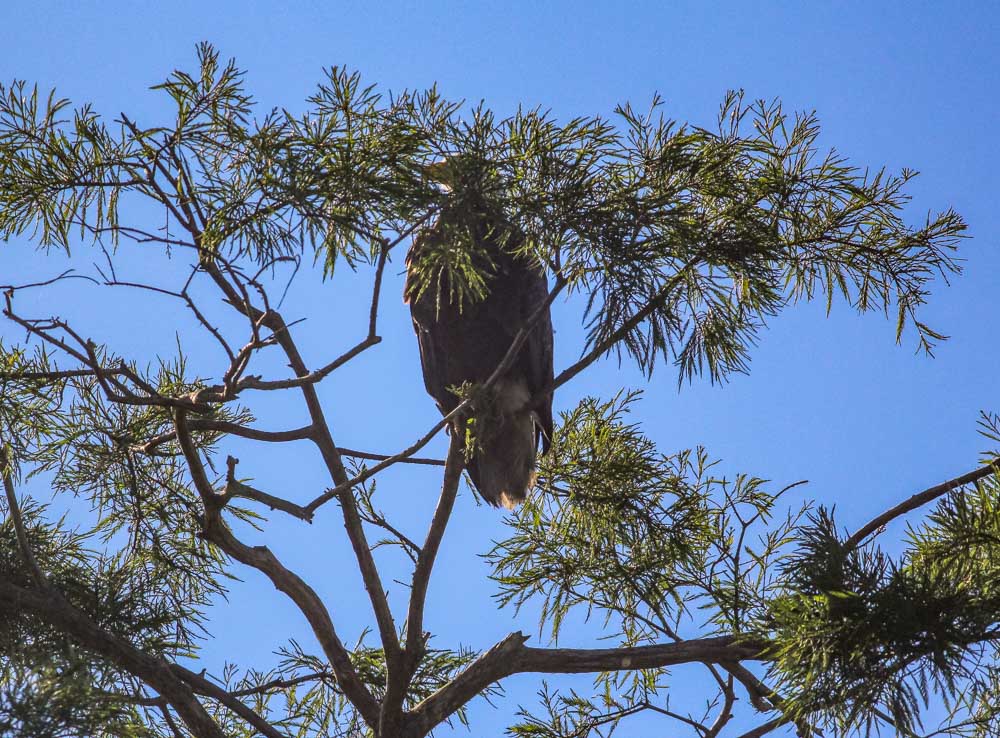 Another highlight was seeing the pink-coloured spoonbill, with its quirky (and yes, spoon-shaped looking bill). It is similar in colours to one of my favourite birds, the flamingo, due to the shrimp it eats in the water. 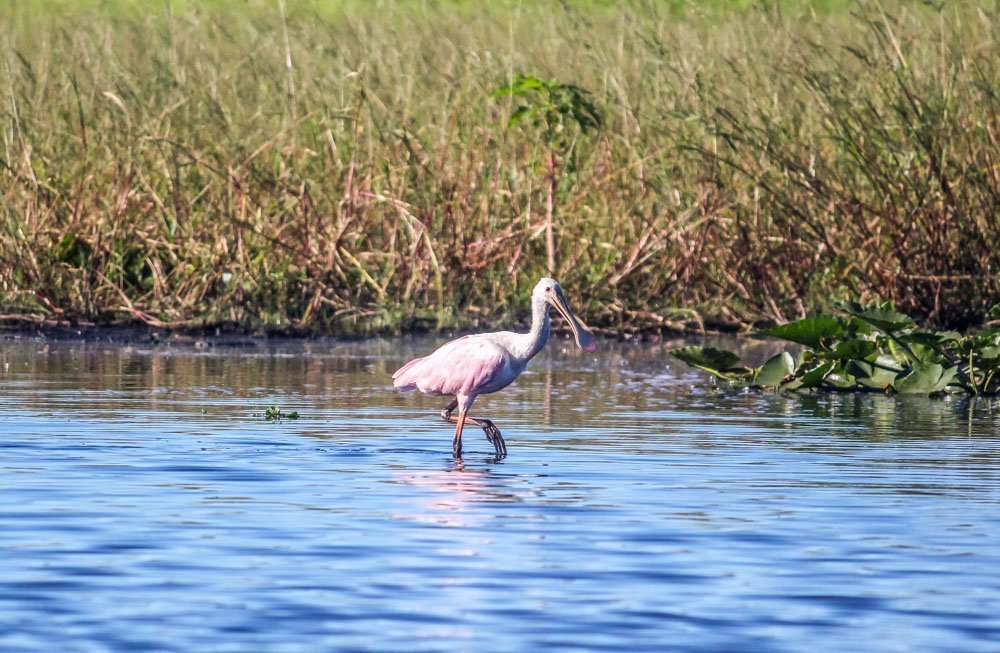 Our ride through the wetlands was soon to come to an end. The 30 minutes went past quickly for someone like me who’s a bit of a nature geek! I could have easily spent longer out there given the opportunity and oh how I was wishing I’d packed my newly-acquired telephoto lens too! 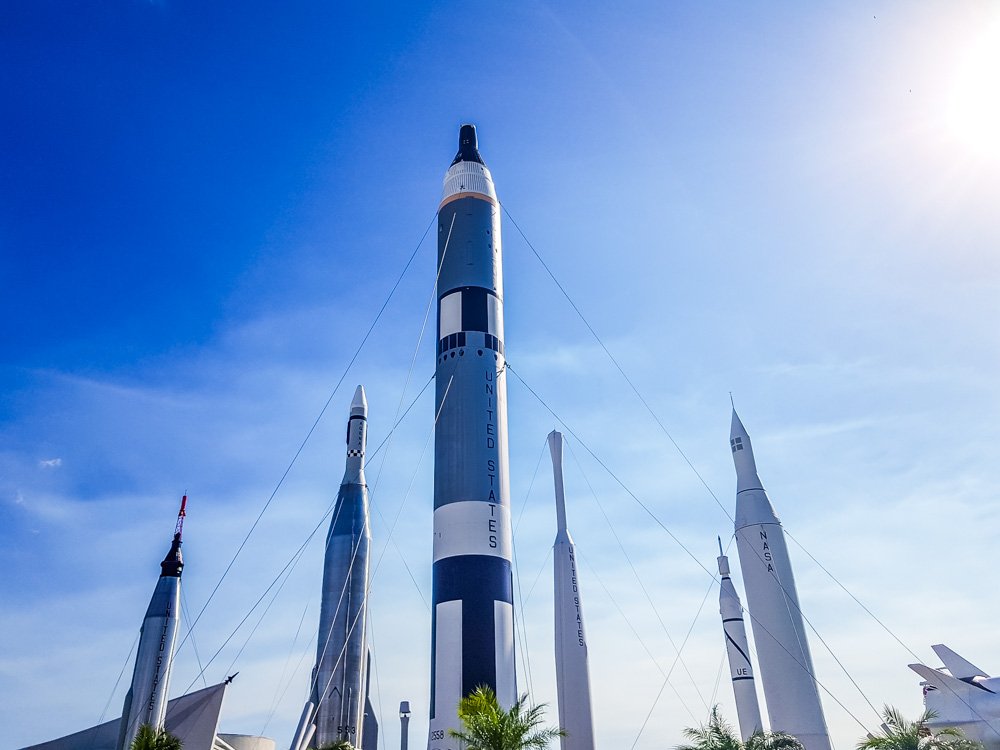 The next stop for the day was to the Kennedy Space Center, a short drive from the wetlands. Here, our first experience was to go into the Atlantis exhibition and discover more about the history of space travel in America before the grand reveal of the actual shuttle that went into space. If I’m honest, it was all a bit surreal, having seen things like this on TV and sci-fi films it felt strange to see something that had travelled so far! It was very impressive and you could even see the scorch marks on it from where it was launched. 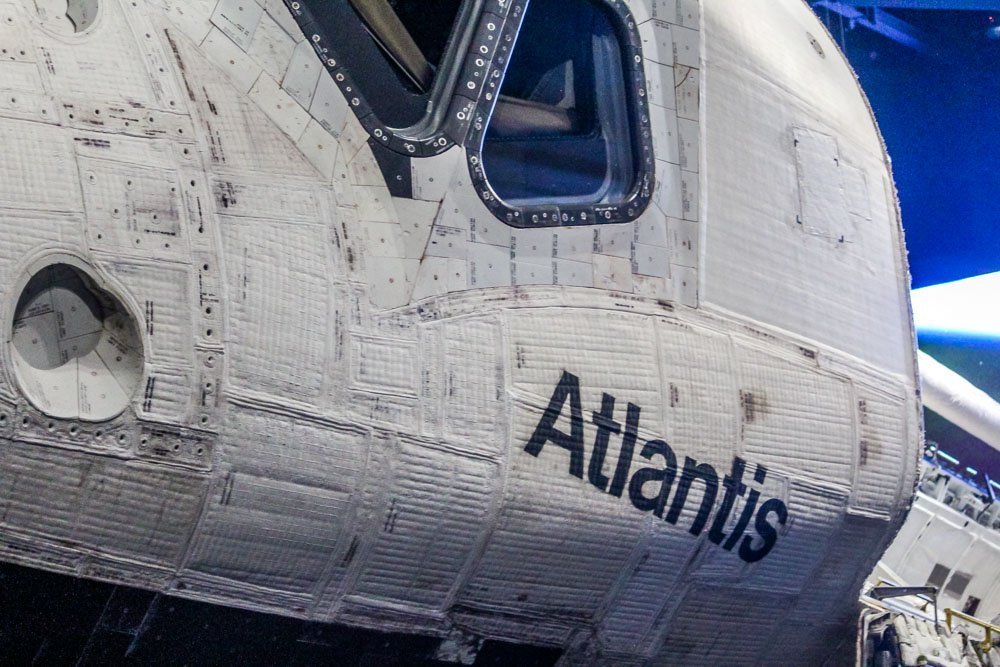 The Kennedy Space Center was a lot bigger than I’d imagined and our tour allowed us around 6 hours to explore it. What I hadn’t realised before I visited was that Center is set away from the launch pads and we had to go onto a bus tour that left from the Center into the military area where you could view from a distance several of the launch pads, the extremely large Vehicle Assembly Building and some of the crawlers used by NASA to transport the built rockets to their launch pads. On the bus there was a video commentary and our driver added to it by explaining about what we could see as well as what had been happening recently including the launch the previous week of the SpaceX Falcon Heavy rocket. 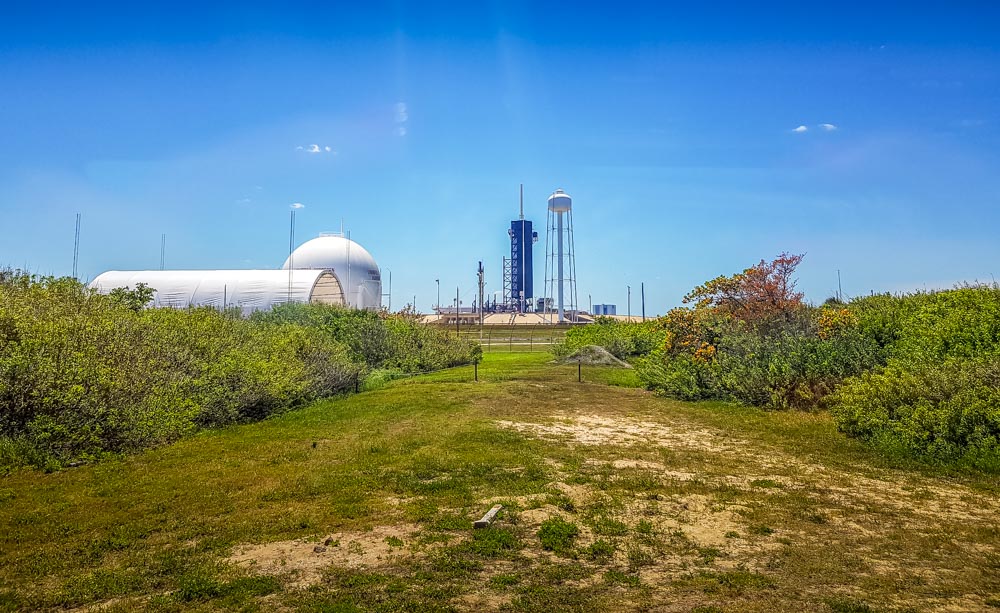 What I also didn’t realise was that the Kennedy Space Center is situated in a nature reserve. Given the area is pretty undisturbed until rockets launch, eagles, alligators and many other species of animal call this area their home. On the bus tour to the launch pad areas you could often spot an alligator or two on the water’s edge. 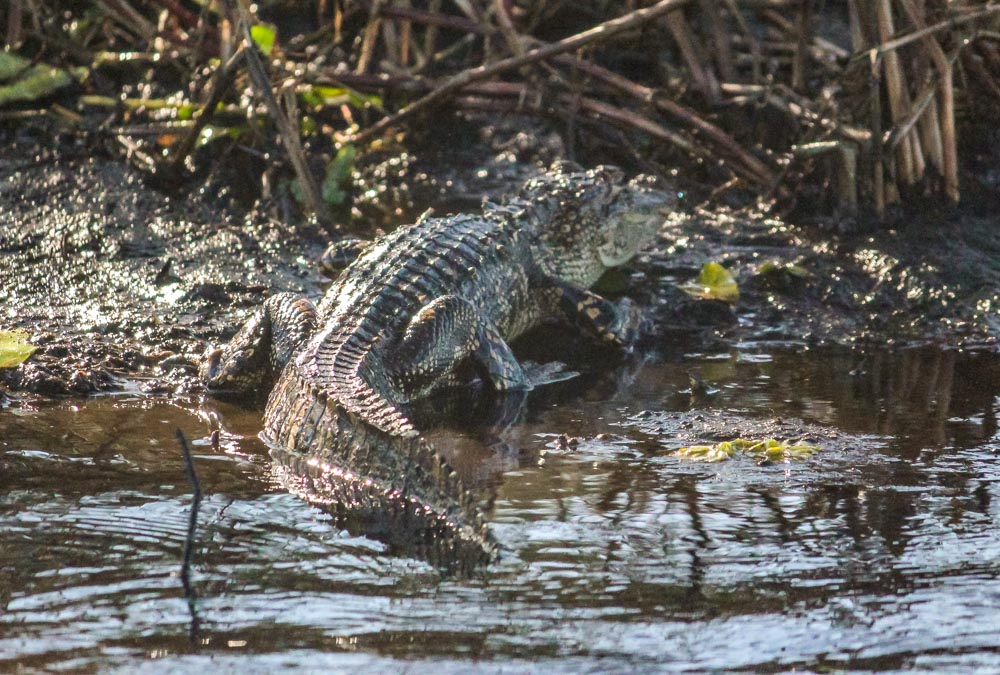 Travelling here with two children meant that we didn’t get to experience the exhibitions and displays back at the Center in the same way as if we had travelled just as adults. That said, I was impressed at how interactive the exhibits were and how no matter what age you were, there was something to captivate all imaginations here and you could certainly spend two days here to explore it properly. 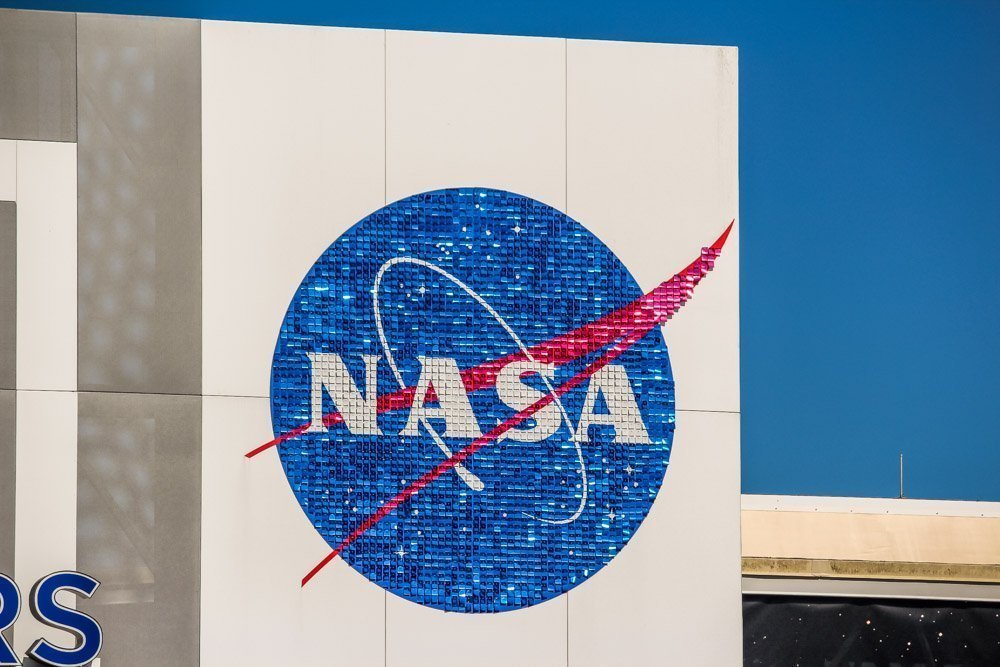 So, if you are heading to Florida and want to escape Disney for the day or for a bit longer this is a great way to do so. If I’m ever back in the area, I’d certainly visit again.