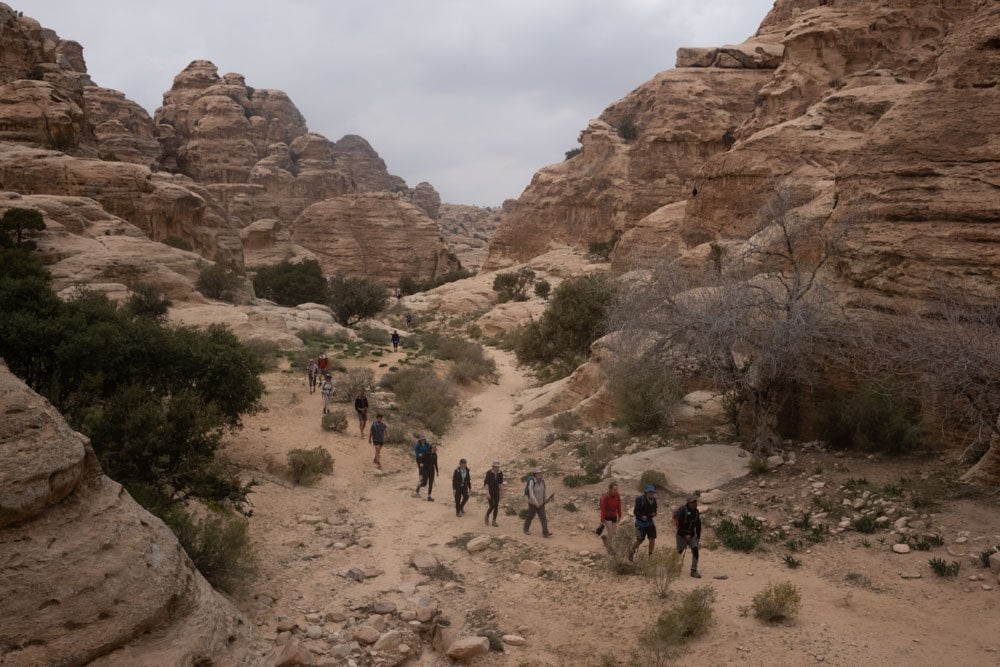 As I described in the previous Jordan we had spent our first couple of nights in the town of Madaba, acclimatising to the being in Middle East.  However, our main purpose in coming to Jordan was to trek part of the Jordan Trail. 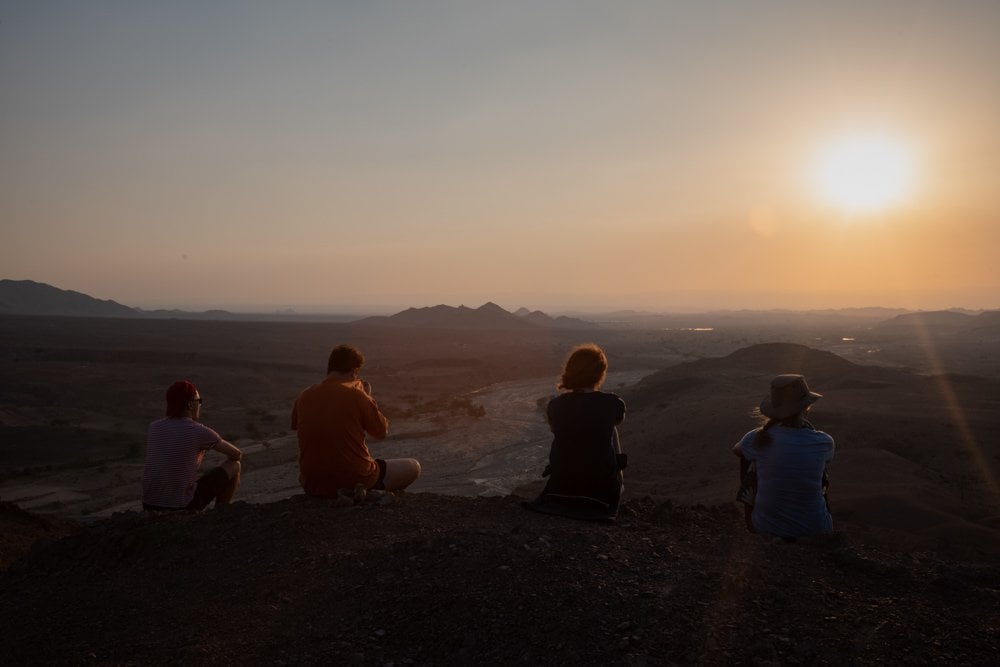 The Jordan Trail is a 650 kilometre walking route which goes from Um Qais in the North of the country to Aqaba in the south.  If you are more familiar with trekking in Nepal or North America or Europe you may now be thinking “A walking trail?  In the Middle East”. We had thought the same when it was suggested to us, but if you think about it, the main caravan routes from Yemen and Oman, bringing frankincense, myrrh and perhaps even gold to Jerusalem came north through what is now Saudi Arabia and Jordan on to the Holy Land and the Mediterranean.  The Jordan Valley is also on the Western end of the Silk Road coming from the Far East. So, people have been walking these hills and valleys for a very, very long time. As we shall see later the great city of Petra was built on these trade routes and the wealth they brought. 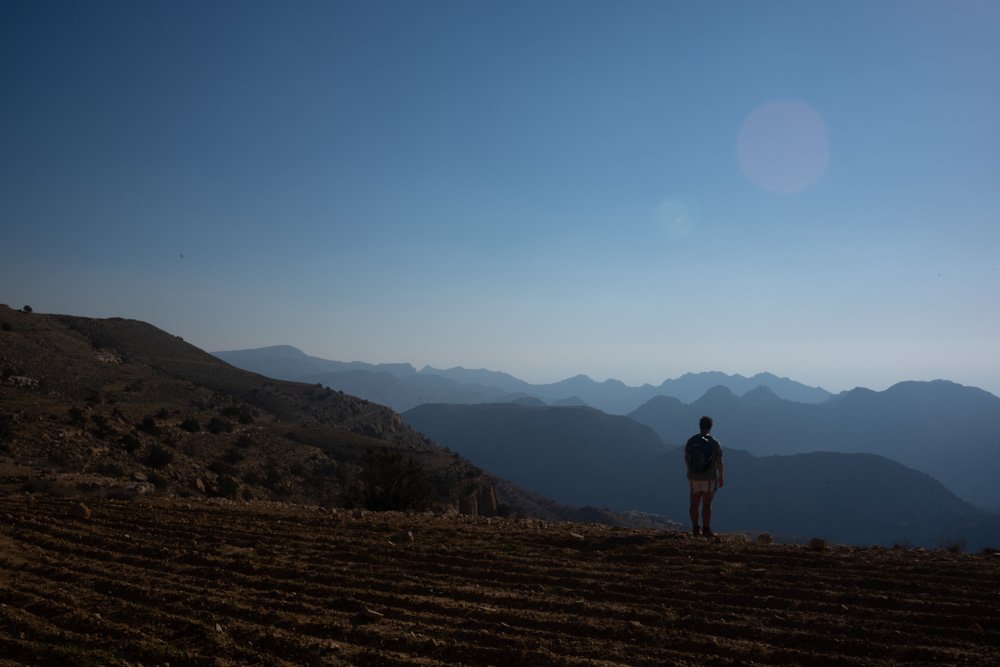 What is new is that this has been opened up to modern tourists as the Jordanian Government and local communities have co-operated to create a co-ordinated trail from the very North of the state of Jordan to the port of Aqaba on the Red Sea.  In 2018 National Geographic said that this is one of the 15 best walking trails in the world. 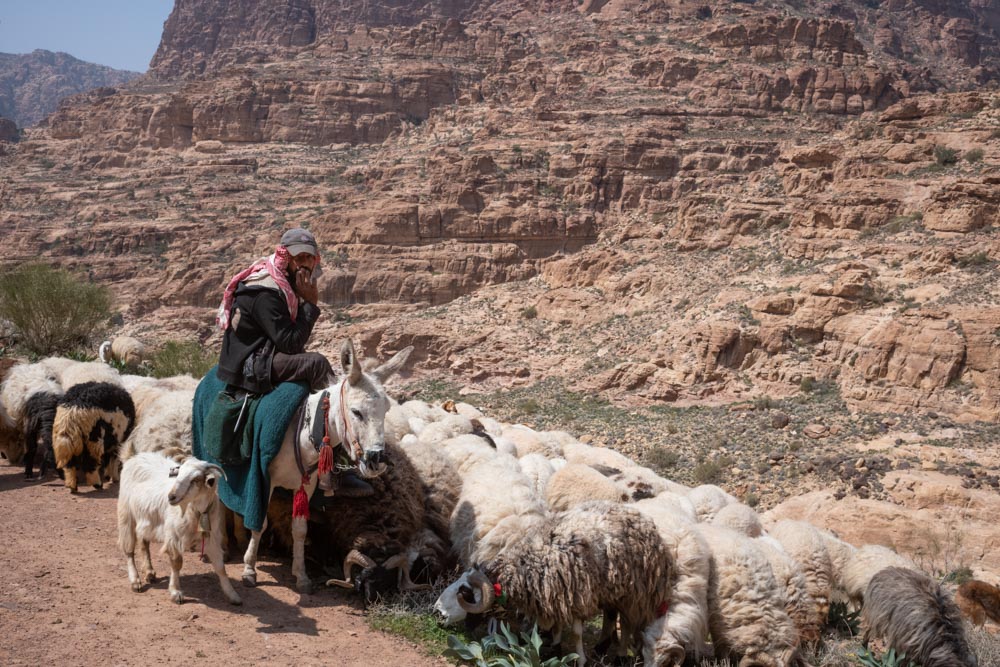 The full trail will take you about 40 days trekking.  Unfortunately, my party did not have that long, so we did a five-day trek from Dana to the ancient Nabatean city of Petra, arriving into the city via the ‘backdoor’ rather than the main siq.  We were told that this was one of the busiest sections of the Jordan Trail, but we hardly saw any other tourists at all for all five days. That is until we arrived in Petra but more of that in a later blog. 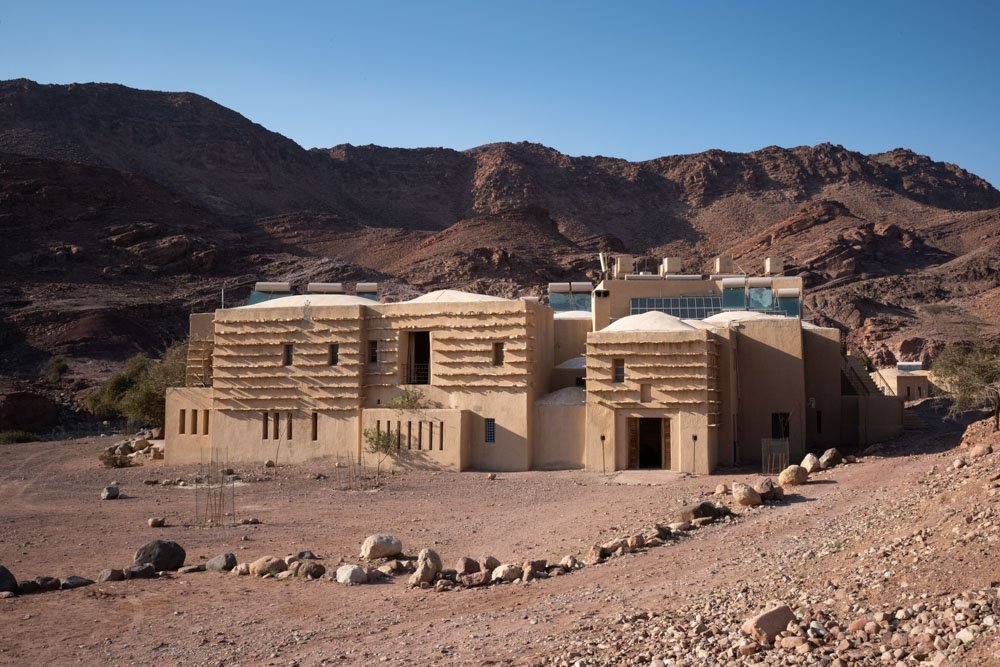 The Dana to Petra section is around 75 kilometres and can be done in four days if you go for it.  But we did it in five and allowed for more time to take in the geography, geology, landscape, fauna, flora and culture.  The trail starts at the small village of Dana on the mountain plateau and drops into the Araba Valley. It then climbs back up again, this day’s trekking was the most strenuous on this section at around 20 kilometre and a 1400 metre climb and a 480 metre descent.  The trek crosses several climate zones and some fantastic geology and geography. 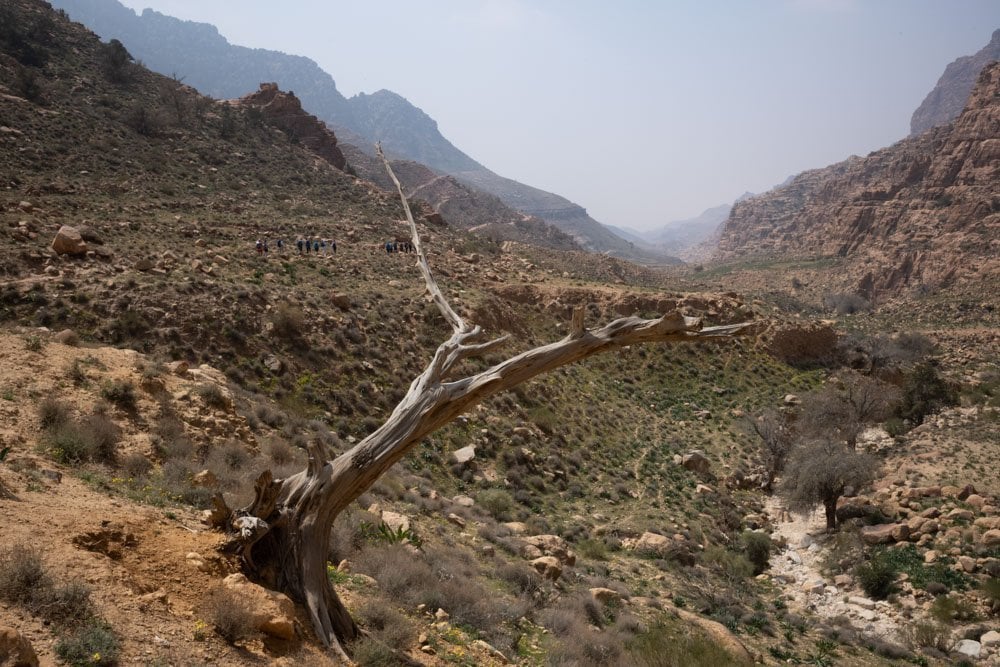 We were on an organised tour and mostly camped in tents already pitched for us and ate by campfires under the stars or in Bedouin tents.  One night, however, we were in the fantastic Feynan Eco-lodge. 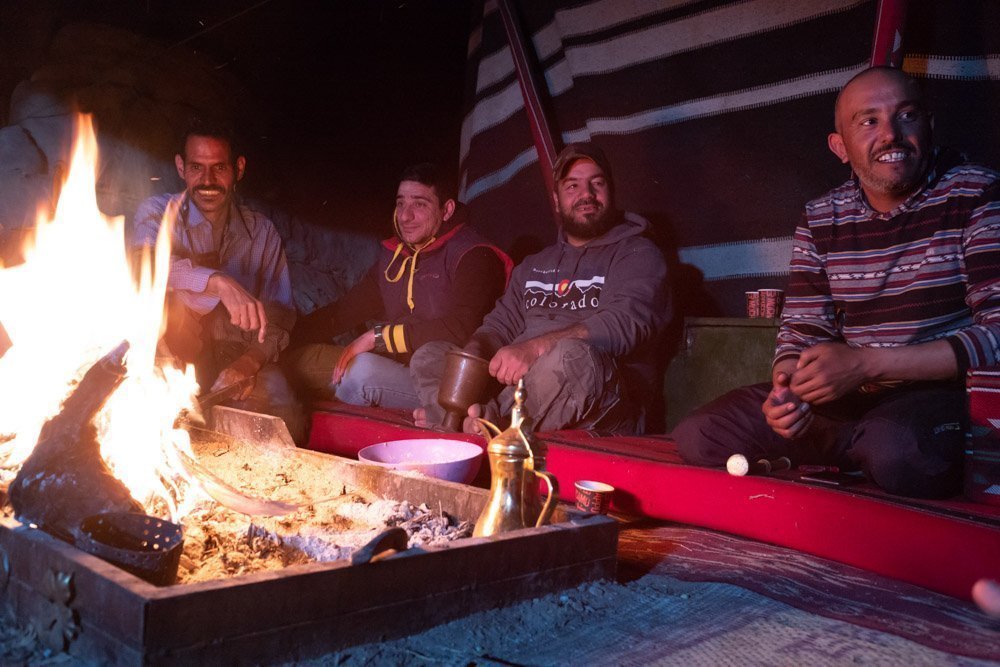 As we wandered through the landscape our wonderful guides – Mahmoud Bdoul and Hana Nimry – were able to point out the wild flowers, the ancient copper mines and tell us of the Bedouin and their lives.  We even found flint microliths from the Stone Age. Humans have walked in this landscape for a very, very long time. 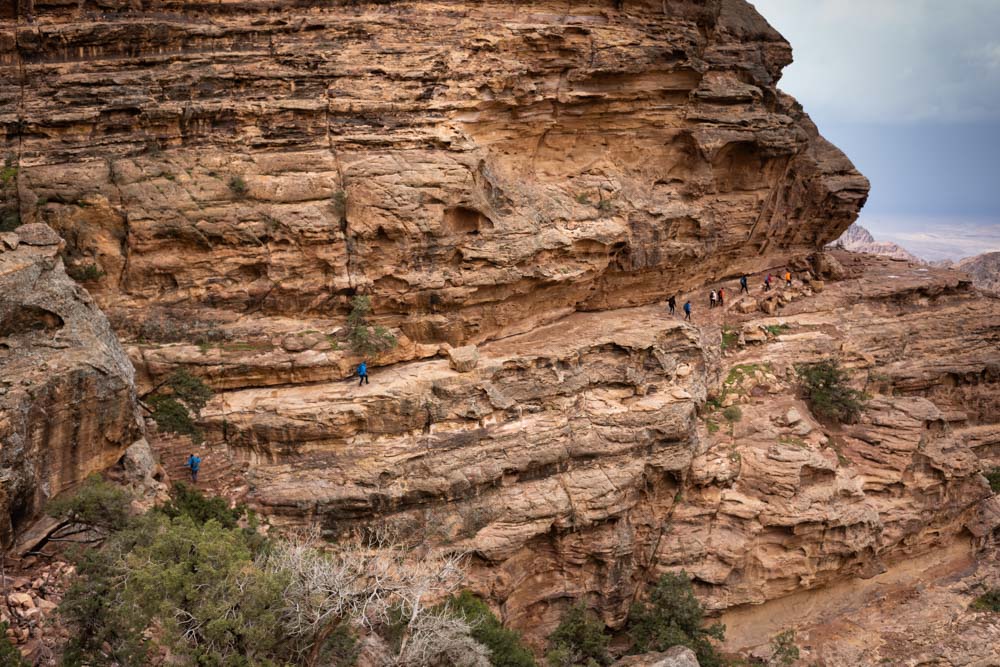 After four days we began to see some small caves carved into the cliffs.  Then you could see old waterways carved into the edges of cliffs and some ancient stone wine presses.  The landscape became more even more dramatic and the path narrowed so our pack donkeys, carrying our spare water, had to turn back.

A storm had been building all that afternoon and dark clouds filled the sky.  Just as the thunder and lightening broke the great Al Dayr – ‘The Monastery’ – came into view.  We had arrived. Petra. 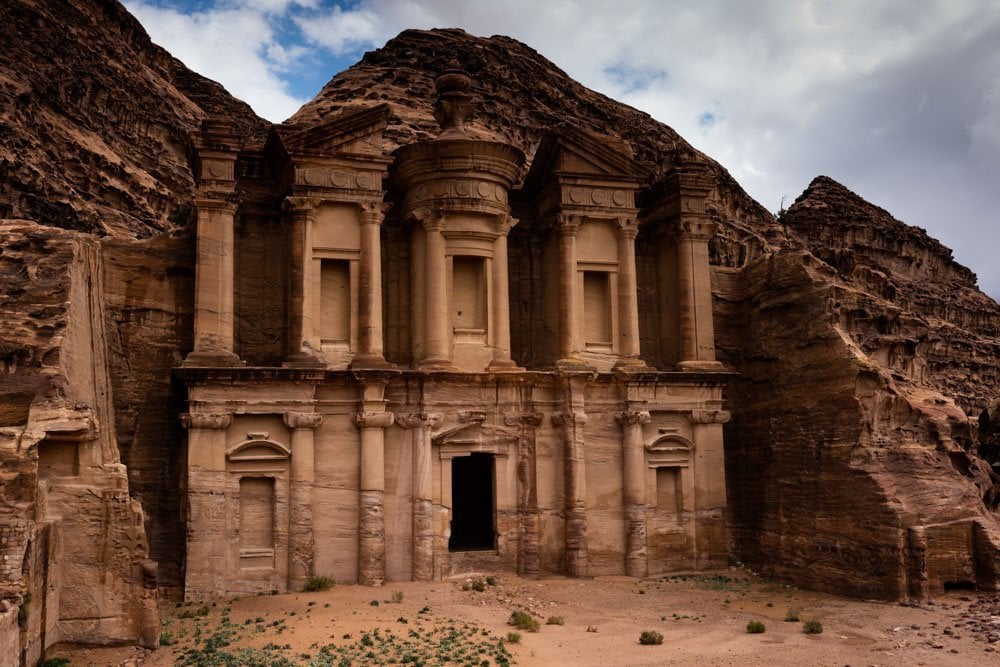 My good friend, artist and poet Tim Watson wrote the following poem of that final day arriving in Petra.

We fold into the desert

We fold into ourselves

Bourne up on the wilds of the night

The storm she approaches

Between land and cultures

As we are chased through the back door

All hail to the monastery

After days of wandering

The suns opens the petals

Of the painted sandstone city

A gift laid before us