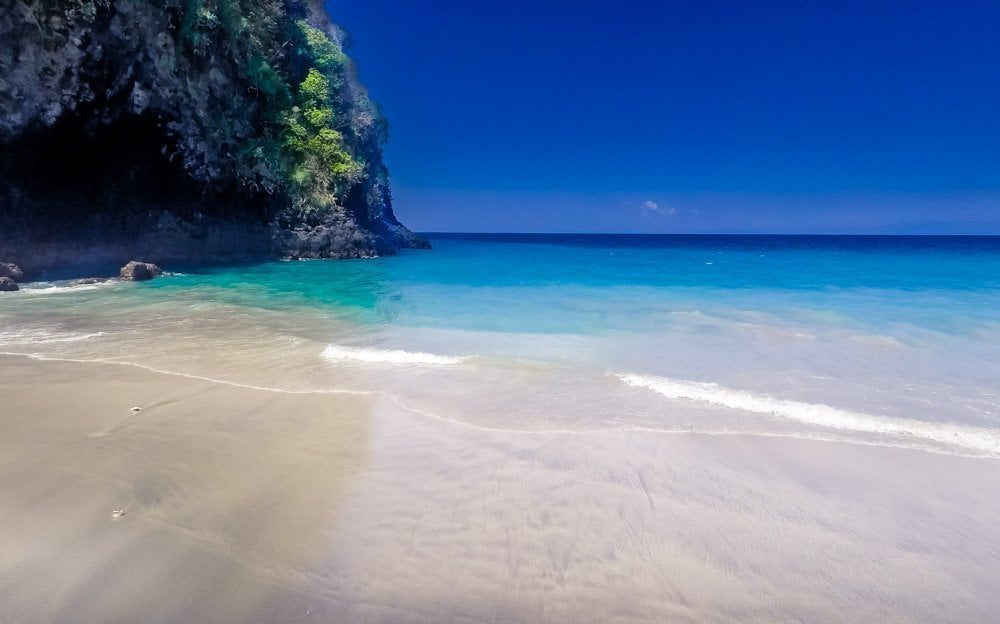 Bali is a beautiful place. That is a simple and succinct summary but it as true as it is concise. There is beauty everywhere; amazing temples, the verdant rain forest and the creatures that inhabit it, the cascading rice fields, the mountains that dominate some of its skyline, the white and black sanded beaches, and finally the lovely Balinese people and the incredible food that they produce.

The Balinese think that they live in paradise and they have a strong case.

We were visiting Bali on a short trip to South East Asia and this was my first bit of exploration in this part of the world. Having spent a few days in the very modern and organised city of Singapore, arriving in Indonesia was somewhat of a jolt to the system.

Air-conditioning and metronomic public transport was replaced by humidity and an arcade-game-like attitude to road travel as our taxi navigated its way towards our first hotel in Ubud.

There is no such thing as a highway code in Bali, rather vehicles jostle for position and are as fond as undertaking as they are of overtaking, and they love nothing more than a heavy use of the horn.

If you leave enough space between you and the vehicle in front, then expect another car/bike to slip into it. All this commuting hari-kari was a bit alarming at first but when I looked into the eyes of the of the helmet-less motorcyclists I saw no fear. Many were balancing sleeping toddlers between them and the handle bars, so if they were comfortable enough with the chaos around them then so was I.

Eventually we arrived at our hotel in the jungle just to the north of Ubud; the excellent Lokha Ubud (great food, friendly staff, fabulous location if you like upmarket jungle). It was too dark in the early evening to enjoy our surrounds, but the sounds of the frogs, bugs, and other creatures told us that we were no longer in the city.

The morning revealed the view; green as far as the eye could see. The rain forest here is lush and abundant, there are colourful and exotic flowers such as the bird of paradise which look so much more vivid against the all green jungle canvas. In our hotel trumpet shaped thumbergia flowers hung from pagodas whilst being visited by giant black Carpenter Bees that I thought were birds on first sight, such were their size.

On the other side of our hotel the landscape changed to the cultivated sight so synonymous with parts of south east Asia, the tiered paddy fields. I spent quite a bit of my time in Ubud exploring the rice fields and the tiny settlements around them. I can’t quite put my finger on what makes me like them so much; maybe it’s the water that floods the fields and the reflections that this creates.

Maybe the rain water, greenery, and mud reminded me of home but home doesn’t look like this. The fields are of course man-made with the stepped design allowing water to cascade from one field to another.

Even though the fields are cultivated by humans they still have a natural feel and are certainly peaceful places to enjoy and to soak up the views of Balinese countryside.

Our hotel was on the Campuhan Ridge trail which is a path linking Ubud to the cafes, hotels, settlements, in this lovely area of rice fields north of Ubud. I spent a few hours exploring the ridge and its offshoots and enjoying the contrast; after sunrise the early morning mist slowly lifted across the fields, through the day was rush hour as adventurous tourists left busy Ubud behind and explored the small shops or enjoyed a cross-legged coconut and the view from one of the cafes.

Finally in early evening as the frog chorus got into full swing, the mist returned, and bats and other nocturnal critters came out to play.

In contrast to this serene greenery is busy little Ubud. It is the spiritual centre of Bali due to its many spectacular temples which are havens of peacefulness when compared to the busy streets outside them.

Ubud is on the backpacker trail so the tourists there are an interesting mix; dorm-weary but enthusiastic backpackers mix with yoga and wellbeing tourists, and those seeking out Bali’s many luxury offerings. The atmosphere is good though and there is a mix of nationalities who are all equally served by the Balinese hospitality.

The Ubud temples are amazing. We visited the Instagram friendly Puma Taman Saraswati Water Temple where the path up to main temple is flanked by water lily pools and is an oasis of tranquillity. 8th Century Pura Gunung Lebah is set at the edge of the town at the side of the Campuhan river and trail in lush jungle surroundings and houses some sky searching multi-tiered Meru towers.

In the Pura Dalem Ubud – the Temple of Death – we had to don saris and traditional headwear in order to enter the temple and marvel at the intricate, fabulous, yet grotesque carvings therein. Although Ubud houses some of the most famous, and certainly most visited temples on the Island, as we travelled around I realised that these were everywhere.

Each village had temples of varying sizes but even the most modest were impressive enough and of course those off the beaten track were not flooded with selfie-stick waving wannabes of social media.

Away from temples there was more to see in Ubud. There is the secret market which is not really such a secret but where you can find some of Bali’s exotic and unusual food produce on sale as well as an abundance of stalls selling tourist wares.

There are some interesting things here, an unusual proliferation of hand-carved phallic gifts caught the eye; large, wooden, colourful ones, some that could be described as a travel-sized, and some with a bottle opener attachment. The ideal gift for the people feeding the cat at home maybe? Maybe not but I had read somewhere that these are supposed to be Balinese symbols of good luck and fertility so maybe we should have picked some up.

The Art Museum Puri Lukisan was interesting enough for a half hour or so of ambling about taking in some interesting and contrasting examples of Balinese art. However, our favourite non-temple stop on our tour of Ubud was the Sacred Monkey Forest.

At the end of restaurant and shop-lined Monkey Forest road is, well, a forest full of monkeys. There are around 700 monkeys in this conservation centre. Some are cute, especially the babies clinging to their mothers, others were more brazen, especially the adolescents.

If there is one lesson that I learned from my time in the Monkey Forest is that under no circumstances turn you back on a macaque, especially if you have a bright red backpack with lots of pockets, zips, and other food holding, primate enticing bag parts.

Ubud was our first introduction to Indonesian cuisine and we ate at some excellent places here. I was more than aware of the slow-cooked unctuousness which is beef rendang before I arrived in Bali, and to educate myself on possible variations on the recipe I sampled this on several occasions whilst there. If you enjoy spicy, flavoursome, and colourful dishes then you will not be disappointed by the Balinese cuisine.

We had some fabulous dishes. Stir fried nasi goreng, satay, and ayam pelalah – a spicy chicken and sambal dish seemed to find their way on to most menus. My favourite though were the seafood dishes and we had some super tasty grilled barramundi and a stir-fried chilli and ginger crab which was as delicious as it was messy to eat – I think the macaques may have made a more sophisticated job of eating it than I did.

After a few days in Ubud we travelled via private transfer on a revealing journey through the countryside to our second base of Candidasa in East Bali.

This was significantly calmer than Ubud and the change in pace was welcome as we lapped up the sun at the Sagara Candidasa hotel. I love the sea and our Indian ocean facing base was perfect for unwinding and enjoying the view of the turquoise water and the distant shape of the island of Lombok across from us.

There is plenty of snorkelling and diving trips on offer from Candidasa, as well as many locals offering boat trips around the coast and small islands. We did not indulge in any snorkelling on this occasion, but I did see some giant turtles swimming not far from the shore when I got up to watch the sunrise one morning.

The pace of life if much slower on the east coast and we spent most of our time soaking up the sun but I did manage to get some exploring in too. In Candidasa itself there are some great food places, cafes, and bars, and Lotus Lagoon is a picturesque spot within the town, especially if you are there before 10 in the morning when the pink water lilies are still open.

I spent half a day hiking to some traditional villages west of Candidasa which was an interesting experience. I visited people living a subsistence lifestyle . living in small shacks, living off the animals that they kept and the bamboo baskets that made and were able to sell. A very different lifestyle by western standards but the people were friendly and welcoming even if their dogs weren’t.

We spent our final day at Pasir Putih beach which is famous for its white sands and because of this is also known as Virgin beach. This was a fabulous spot; the sea seemed even more turquoise here and was lovely and warm.

The grilled tuna that I had here was one of the highlights of my trip. On our taxi ride back from the beach Bali had one last treat for me; a view of Mount Agung.

This is the huge active volcano which also the highest point on the island. It stands at just over 3000 metres and dominates the area around it. It is usually swathed in clouds and our taxi driver informed us that you can usually only see it once every week, so we had been very fortunate. We had been very lucky for our entire week in Bali though, even without those lucky phallic charms. 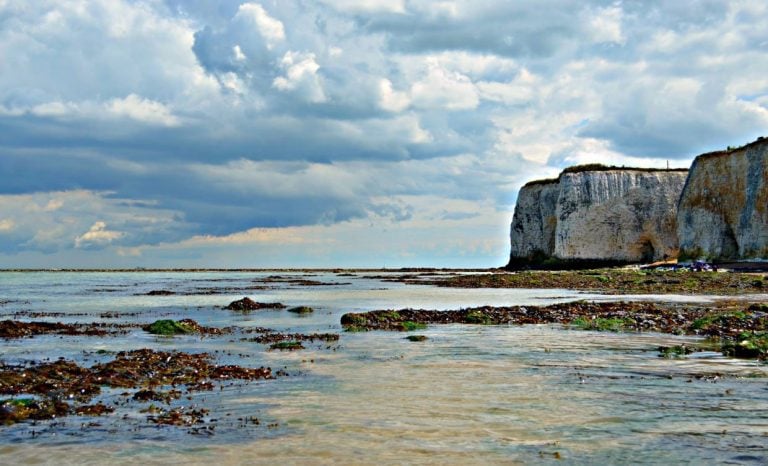 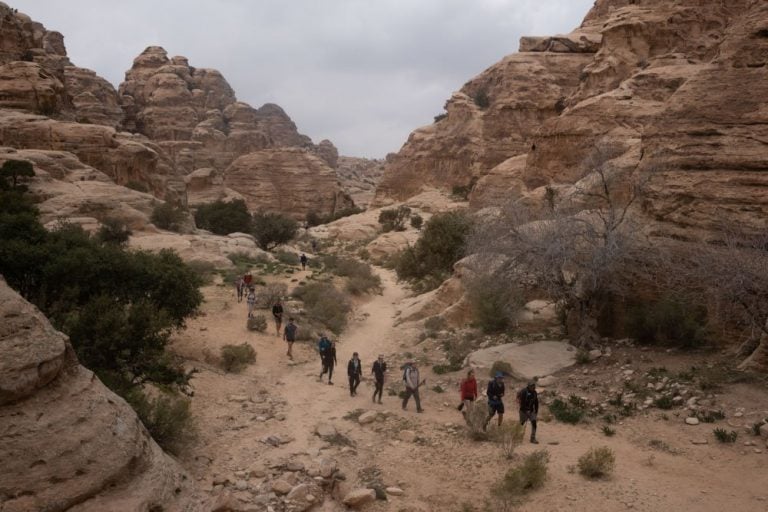 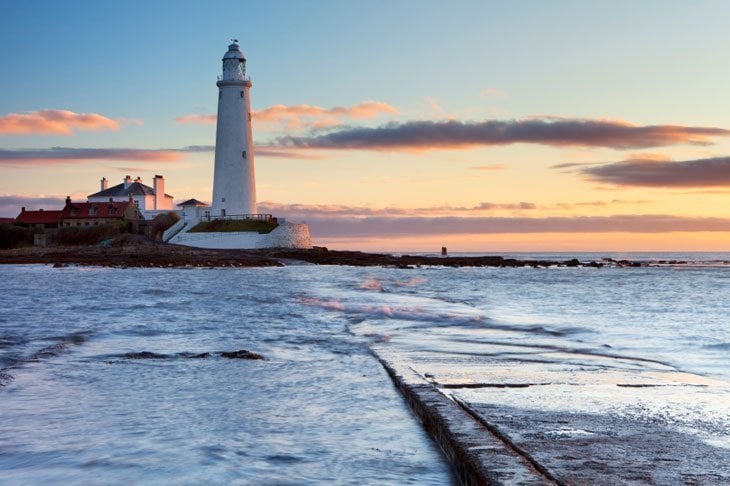 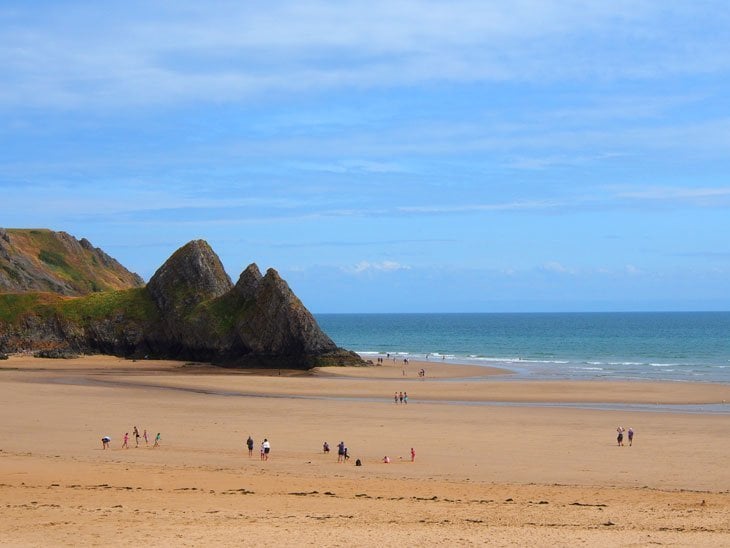 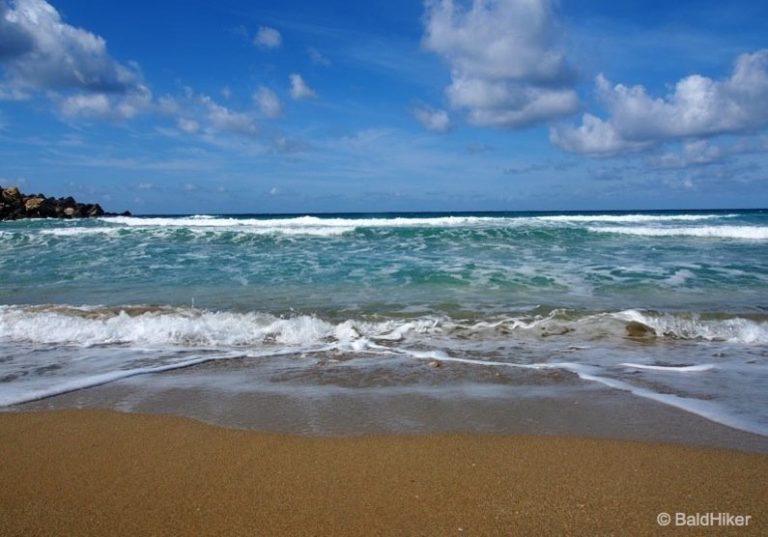