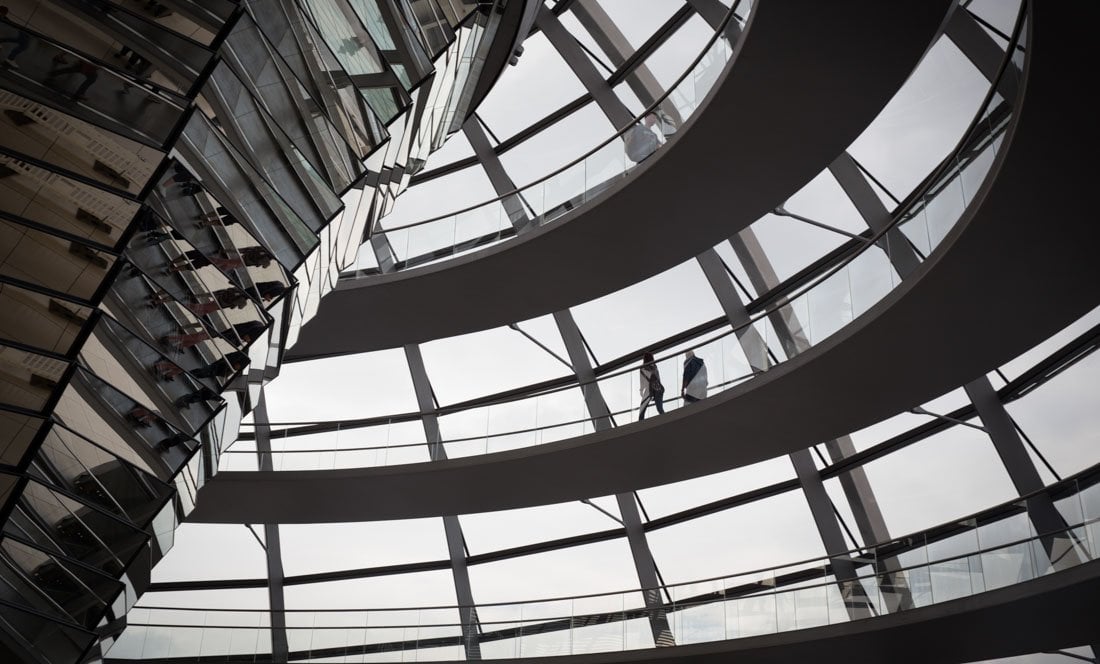 To those us brought up on The World at War documentaries the very word ‘Reichstag’ summons up images of Nazi Germany, Adolf Hitler, goose-stepping SS and the dreadful, hideous reality of the extermination of up to 12 million Jews, gypsies, homosexuals, Jehovah’s Witnesses and the disabled.  6 million of these victims were Jews – estimated to be approximately 2/3rds of the European Jewish population at the time. 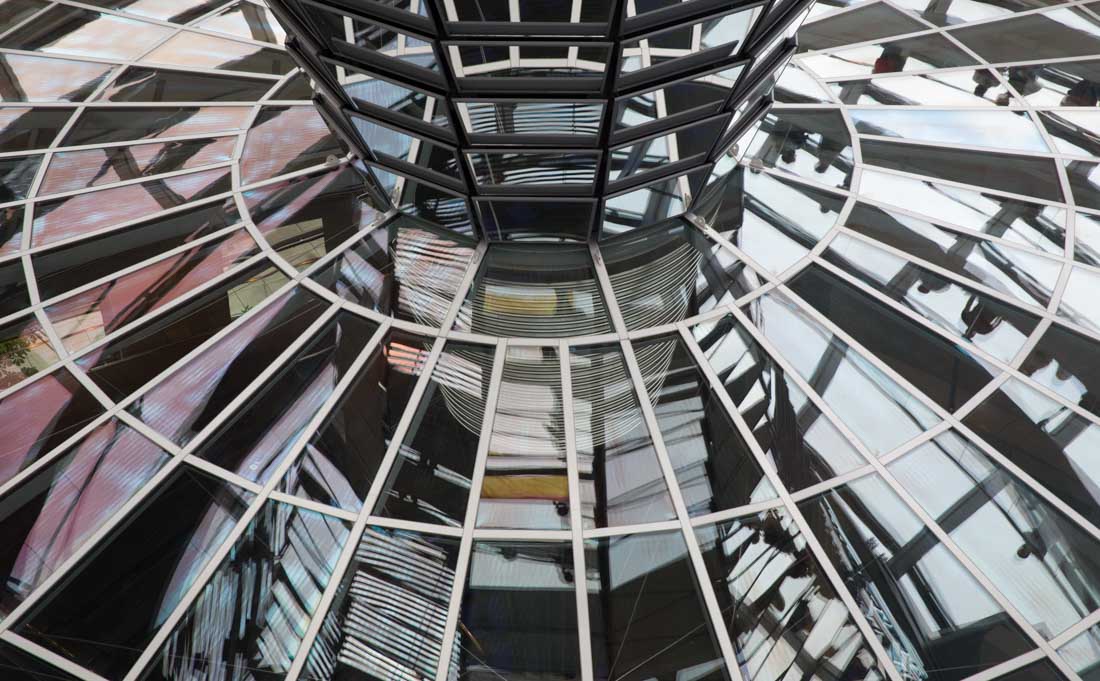 Although the Reichstag building seems synonymous with the Nazi era it actually wasn’t used during Hitler’s time in power as he used a fire in the building on the 27 February 1937 as an excuse to take direct control and establish the dictatorship of the National Socialist German Workers Party (Nationalsozialistische Deutsche Arbeiterpartei) – more commonly referred to as the Nazi Party.  Despite this at the end game of the war the building was seen as a symbolic target by the soviet army and they finally took the building on 2 May 1945 – the iconic photograph of the Soviet Flag being raised over the Reichstag became one of the defining images of the war.  The photograph was actually of a re-enactment of the event staged in the days following the fall of Berlin to Soviet army. 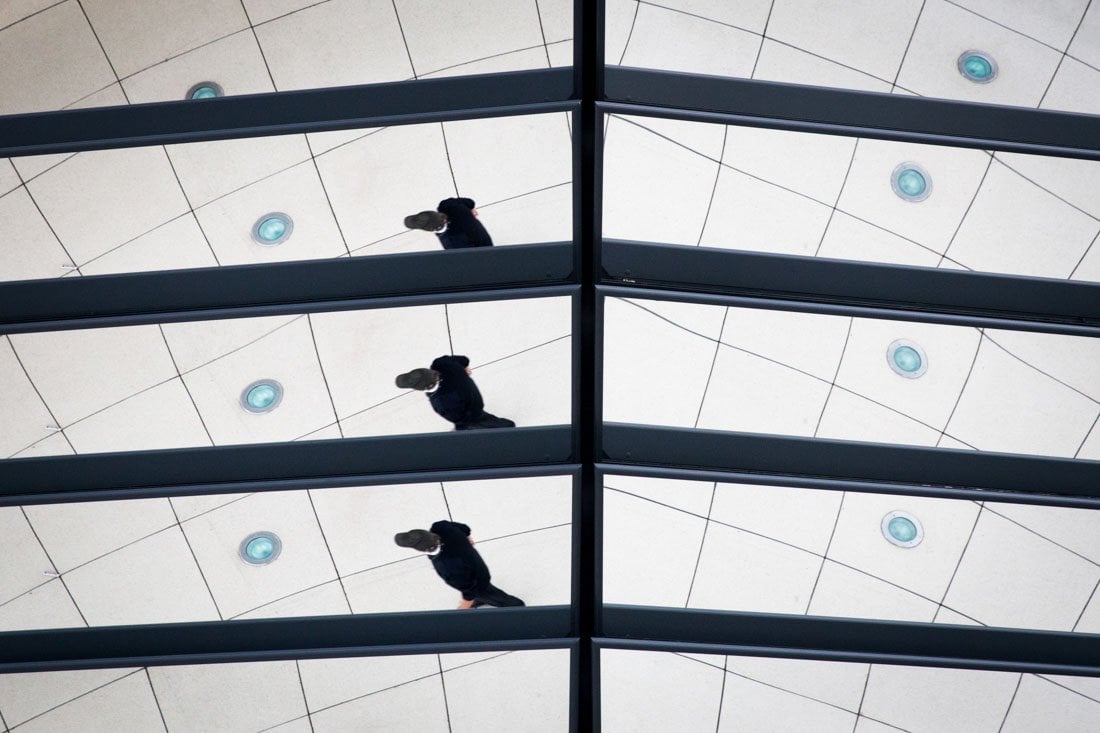 It worth noting that of the estimated 70 to 85 million people that died during the second world war (if you include the military deaths, civilian deaths in the conflict and those from famine and disease) it is estimated 20 to 27 million were from the Soviet regions (of these around 14 million were Russian). 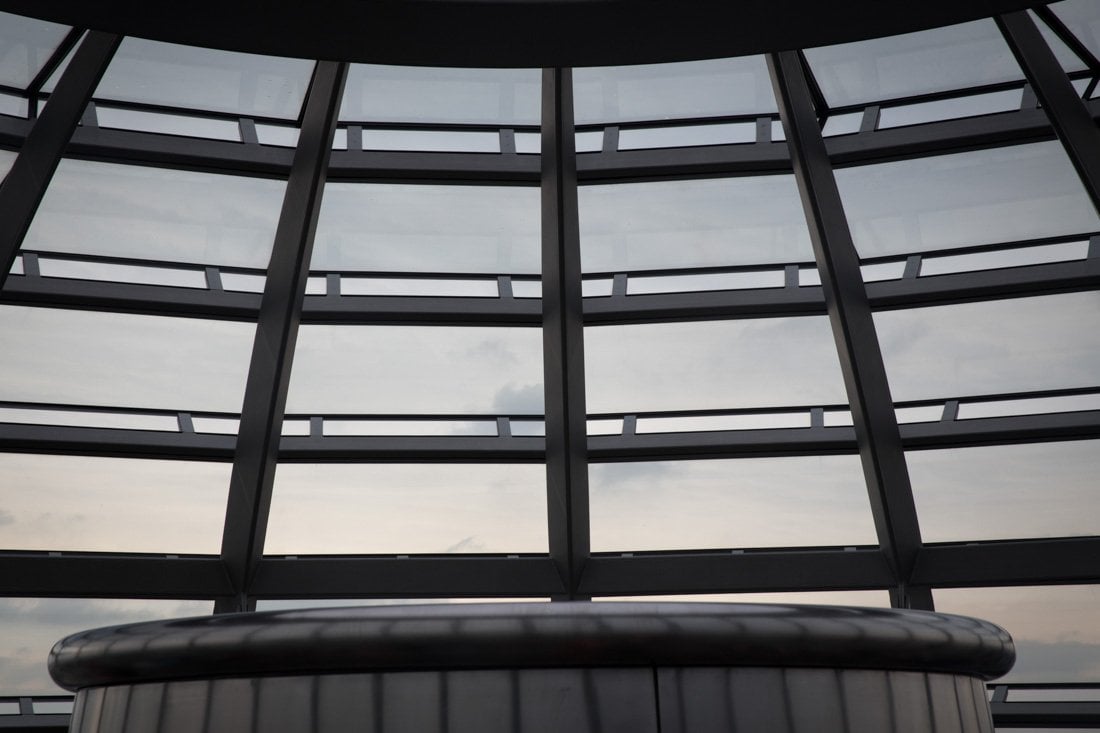 Given the history of the Reichstag building – how could you possibly rebuild it as and the surrounding area to become a beacon of European democracy?

Well the answer turns out to be great political leadership and great architecture.  A German friend of mine recommended I visit the Reichstag and that I booked early to ensure a place on a roof top tour and it did not disappoint.  The rebuild of the Reichstag building into the light, transparent, environmentally sustainable icon of western democracy that it now is nothing short of stunning.

The British architect Sir Norman Foster was commissioned by the German Bundestag (the German Federal Parliament) under the leadership of Helmet Kohl to rebuild the Reichstag after the reunification of Germany in 1990.  It is a modern building ‘inserted’ into the old outer walls.  The glass dome on the roof is brilliant – flooding reflected light, via mirrors, into the main debating chamber as well as acting as a vent to draw clean air into the building.  As usual by photos are minimalist in nature and show detail (sorry about that – if you want to see the whole thing then visit!). 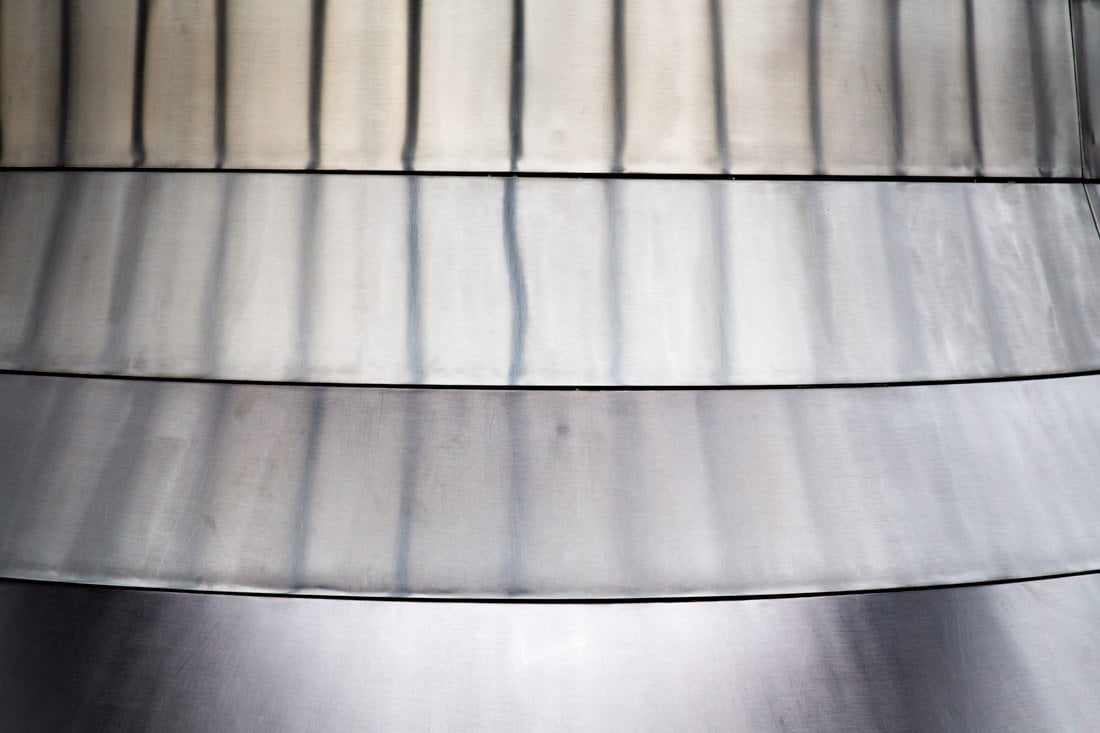 The three modern building built around the Reichstag to hold the Federal Government functions are also of brilliant and thoughtful design.  They deliberately span the River Spree to join the East and West sectors of Berlin.  I particularly like the fact they are named after Members of the Reichstag that opposed Hitler and the Nazis – their names and links to further information on their stories are Paul Löbe, Marie-Elisabeth Lüders and Jakob Kaiser – all fascinating stories of resistance to fascism and true political leadership. Perhaps something we all need to learn from in these dark times?

I am writing these Berlin Blogs in August 2017.  It is also only a few days after the terrible murder of Heather Heyer by neo-Nazis in Charlottesville, Virginia, USA and Donald Trump’s wholly inadequate reaction to her murder.

There is seemingly hate all around us at the moment but, in the worldwide condemnation of the neo-Nazis and Trump’s response, there is perhaps also hope.

As the events unfolded in the USA I just happened to be in Berlin.  So it was inevitable that I would reflect on that city’s history of Nazi fascism and it’s subsequent division into East and West Berlin.  When I was walking around I also reflected on the city’s remarkable post-1989 renaissance and the hope that such a rebirth might give us.  It is also, from what I saw, a lesson in how to remember a terrible past as a lesson to the future without glorifying it.

As a result I have perhaps given the impression that in these blogs that Berlin is solely about terrible histories – whilst there is no doubt the city been at the centre of much of the 20th Century’s turbulent European history there is also much more to see in the city – the Museums are fantastic – the five on Museum Island are a World Heritage site plus there is the Bauhaus Museum – I’d recommend the Museumspass Berlin which gets you into 35 museums around the city!

As you may have seen in my Tenerife landscape ariticle I’m an Alexander Von Humbodt fan – there is a great statue of him and his brother outside the Humbodt University.