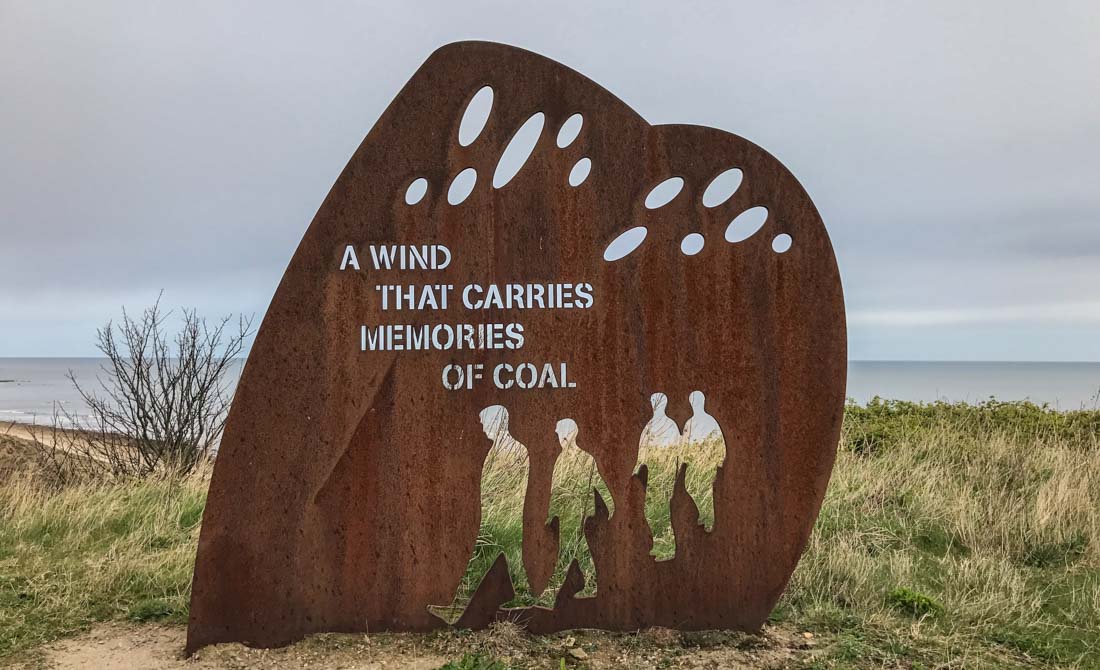 It was day three of my walk from the River Tyne to the River Tees. A walk today starting with coal mining history, a walk from Easington Colliery heading south along the coast and beaches to Crimdon Beach.

The weather had become greyer than the last couple of days but that wasn’t about to spoil the walk at all, nor was it going to spoil the beauty and views.

For the first part of this section of the trail I had the pleasure of company from former Newcastle United goalkeeper Steve Harper and his father.

Steve’s father was a former worker at Easington Colliery and thus this whole stretch was the scene of Steve’s childhood. Back then when the coal pits were in full flow this coast was a completely different looking place.

Put it this way, since the pits closed, 1.3 million tonnes of spoil has been removed. The coast has nature back in control and as I am finding out, an amazing area to walk.

Heading South out of Easington Colliery, the nature and seascapes tell of a great day ahead once more.

Steve and his father telling us tales of the times gone by, you could really see in their faces that the transformation of the coast is huge.

They were enjoying every step of the new and reliving memories at the same time.

Not far south of Easington Colliery you come to the former setting of Blackhall Colliery. Hard to imagine now but the beach was once black with spoil and industrial machinery was everywhere…

To get an idea, look for the final scene of ‘Get Carter’ the scene were Micheal Caine’s character gets shot. That was this beach… a beach that is now clean and surrounded by grasslands, nature reserves, special flowers, birds and butterflies. We even passed by a seal that was waiting for the tide.

Heading on we did feel away from it all. The odd passing runner, walker or dog walker. It is that catch 22 for me.

Amazing to have a walk to yourself but really feeling that more people should be aware of how beautiful it is here and should come to experience it.

From Crimdon it was a farewell to Steve and time to stretch my legs on the wide open Crimdon Beach towards Hartlepool Headland.

It was now sand, sand and more sand. vast views to the south. North Yorkshire could be seen ahead in the distance.

It is a glorious beach that you can imagine was packed as a holiday place for the miners in their spare time.

Again nature was mixed with remnants of history. More things to fascinate and more things for me to learn about.

Alas Hartlepool Headland was nigh. Things were about to change once again for tomorrow, the final leg to the River Tees.