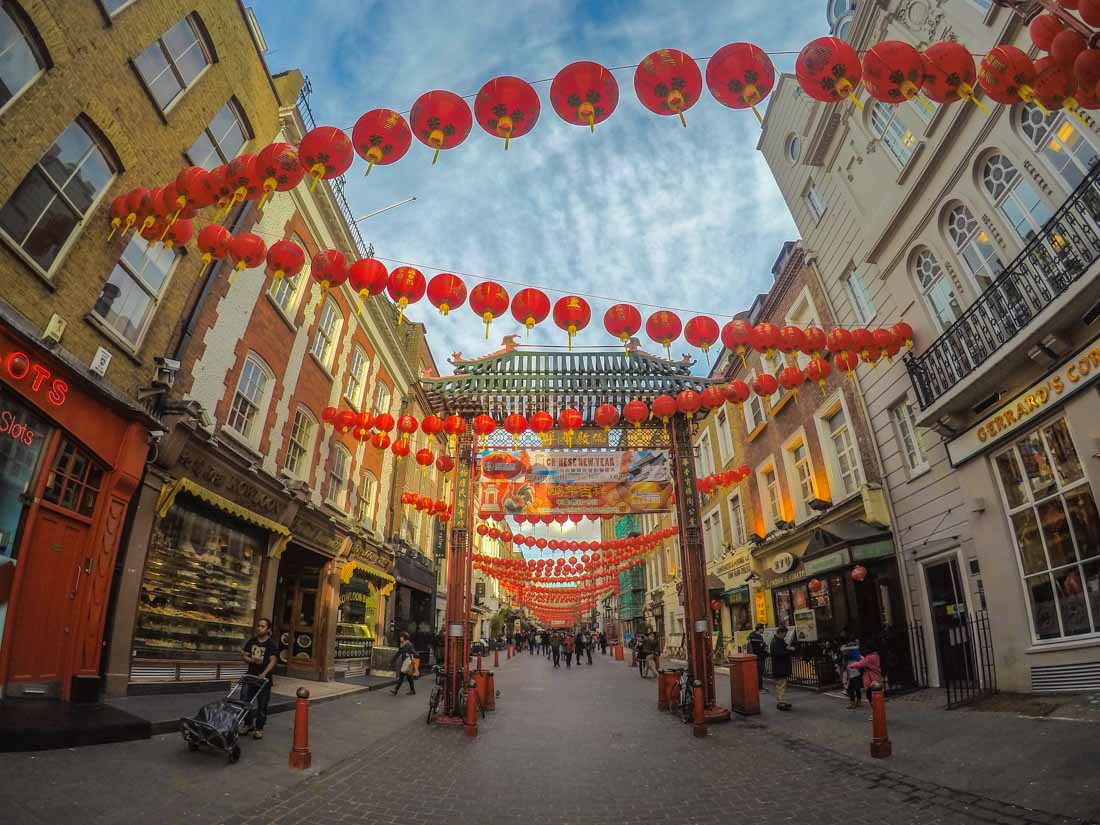 It was a busy day heading backwards and forwards across London for meetings and networking. You know how it is, those days were you never find the time to look around you properly. But for me it is always good to get some respite, no matter where I am, it doesn’t have to be always in hills and landscapes. 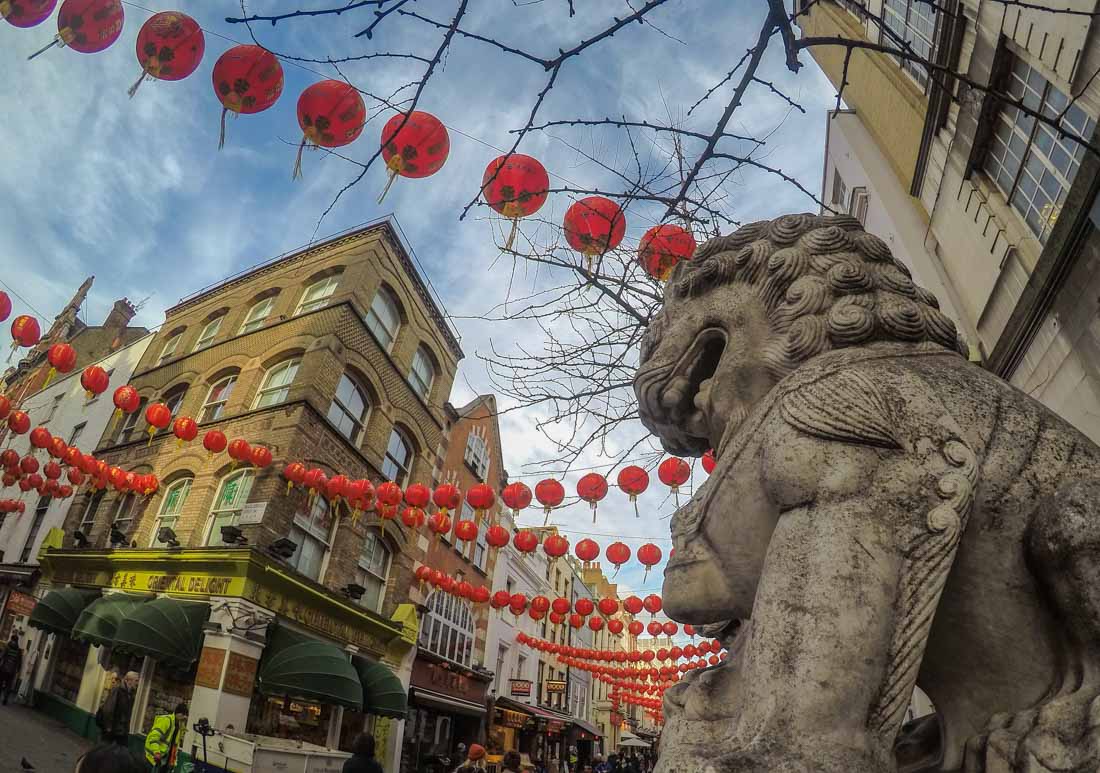 I had passed through Soho and realised my next destination was through Chinatown and beyond. I had time to spare so pulled out the phone and Gopro to marvel at the colour. What was even more special was the fact that the Chinese New Year celebrations had just happened. So the area was awash with colour and vibrancy. 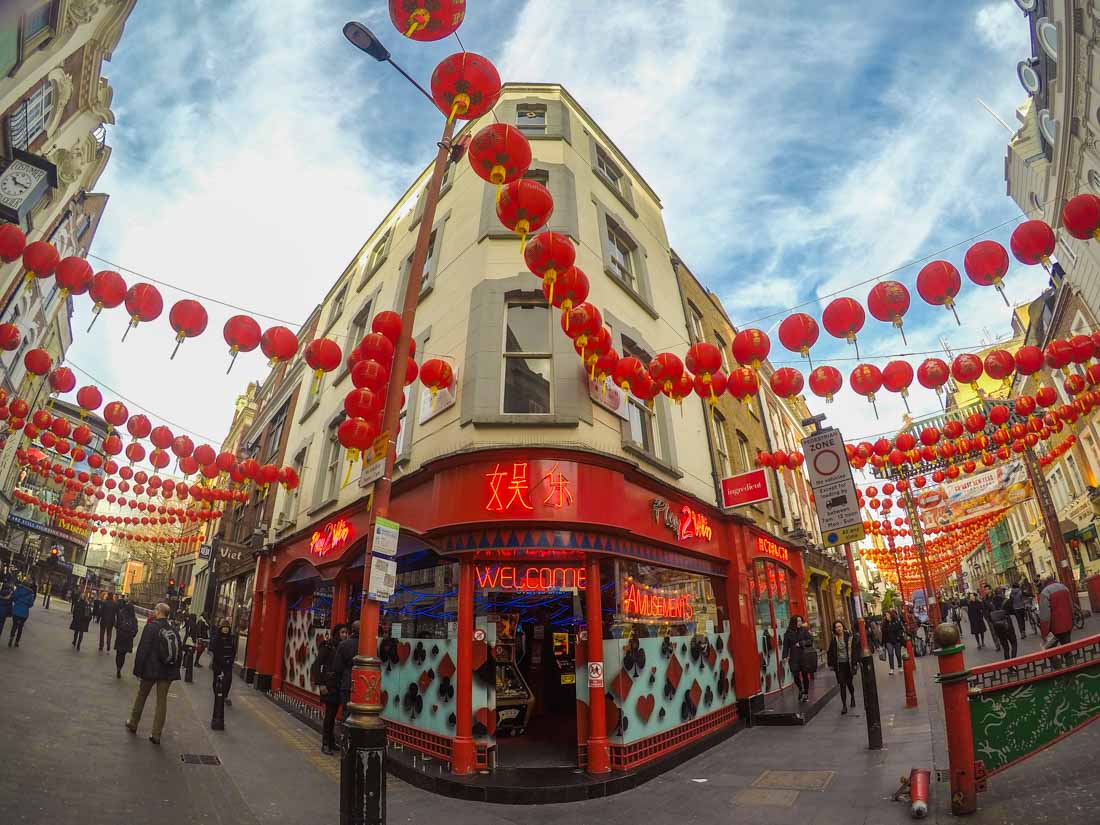 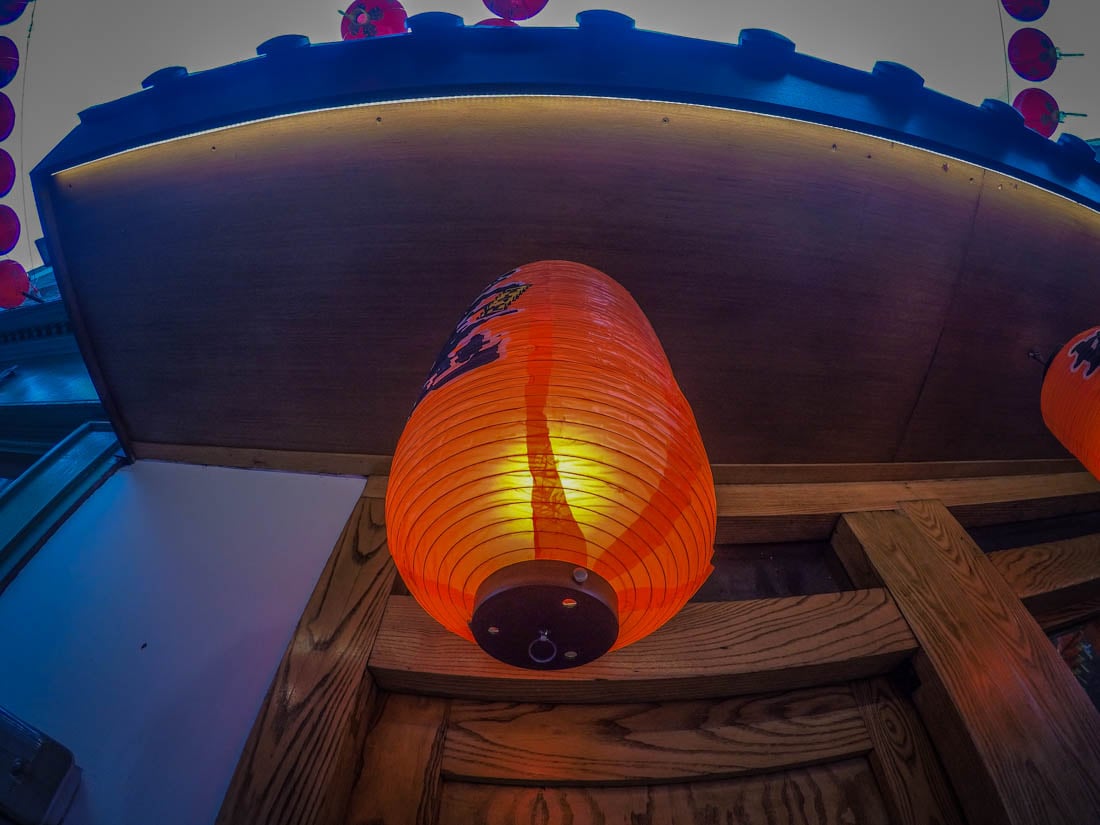 Many a tourist to London has taken the steps to visit Chinatown London. Be it to enjoy the ambiance or to taste from one one of the many authentic restaurants. Always busy with a genuine hustle and bustle, the area has a great vibe. 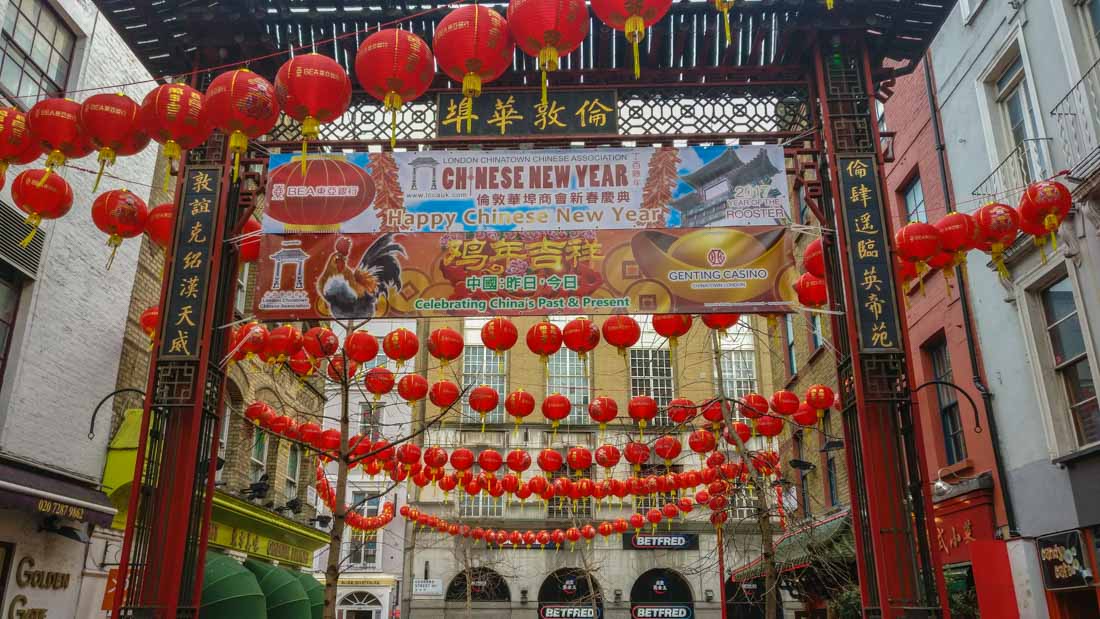 The original Chinatown was, at the beginning of the last Century, located in Limehouse, East London. It started really when Chinese workers for the East India Company where located near the docklands. World War Two bombings devastated the area and in the 1970s a chinese community started to set up with restaurants etc where you find Chinatown today. An area that was once a run down area of Soho. 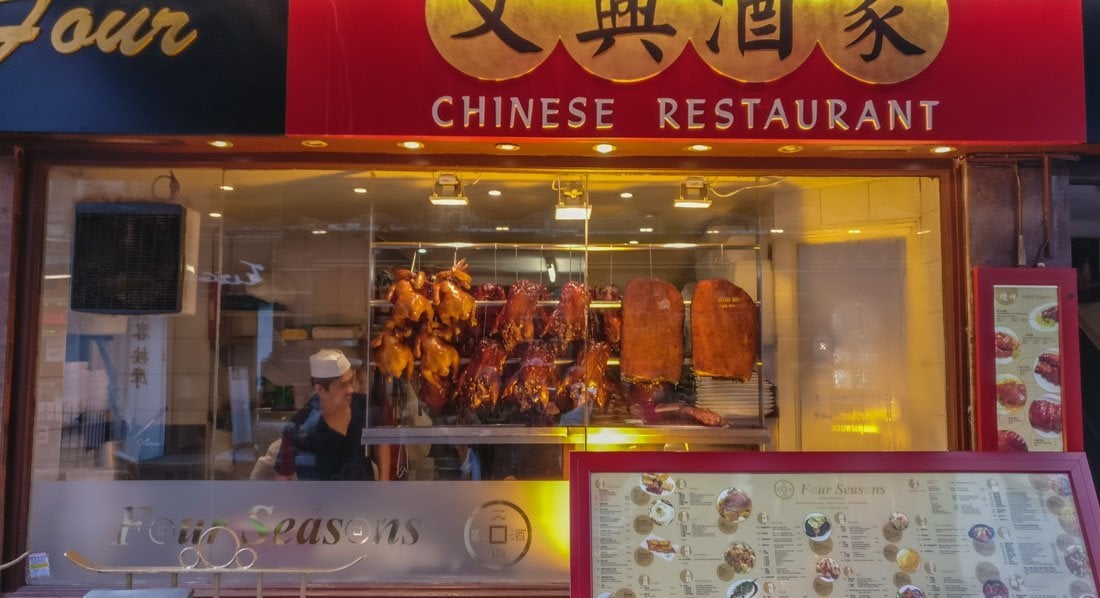 If you want Asian Cuisine then you have more than enough choice with well over 80 establishments! Just take a walk down the main street of Chinatown, Gerrard Street, awash with colour and food outlets and restaurants. Gorgeous cuisine smells coming from every doorway. 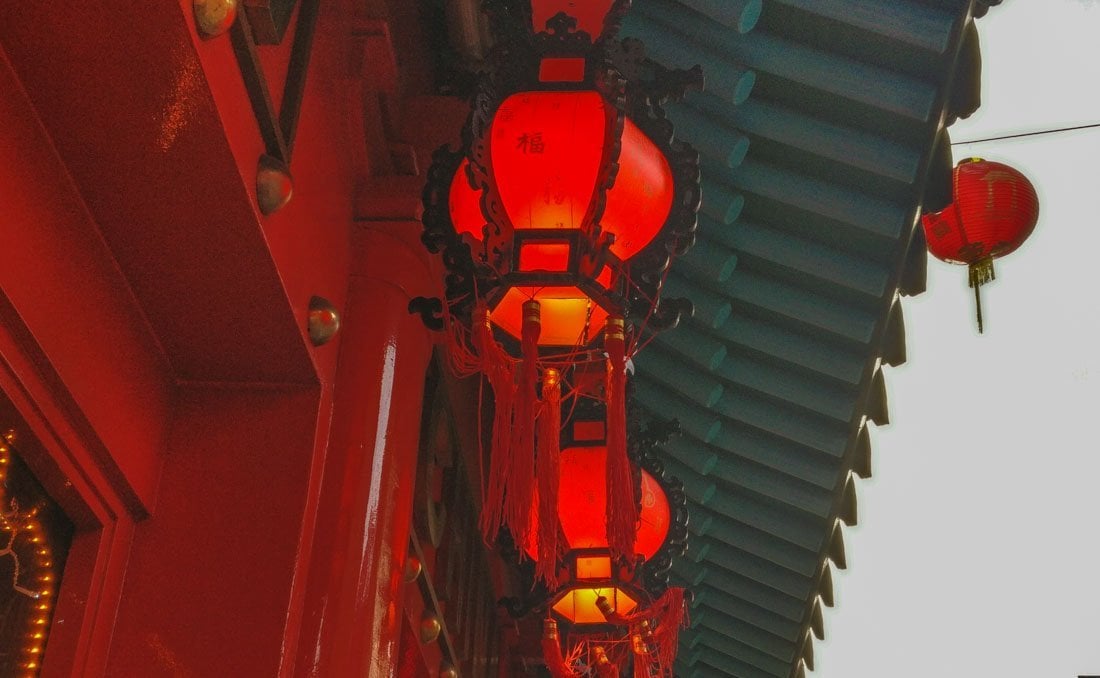 When walking down Gerrard Street it is hard to grasp its history when you see it today. Poets and literary figures have adorned the street in days gone by. John Dryden lived there in the 17th Century. Charles Dickens used an address on the street for the fictional home of Mr Jaggers in Great Expectations. Led Zeppelin’s first rehearsal was said to have taken place in a basement under the street. 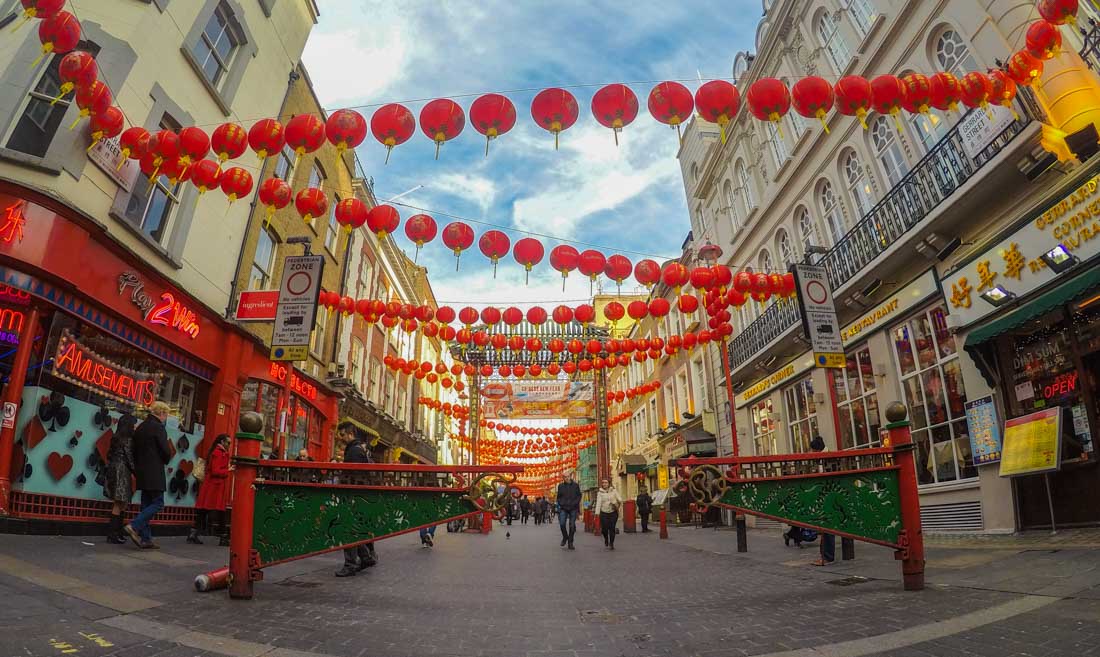 For today, it was a time for me to walk, wander and wonder at the sights and smells. The early Spring sun was with me and all around the mood was busy but upbeat. A good time to be in the City, a great time to be passing through Chinatown!