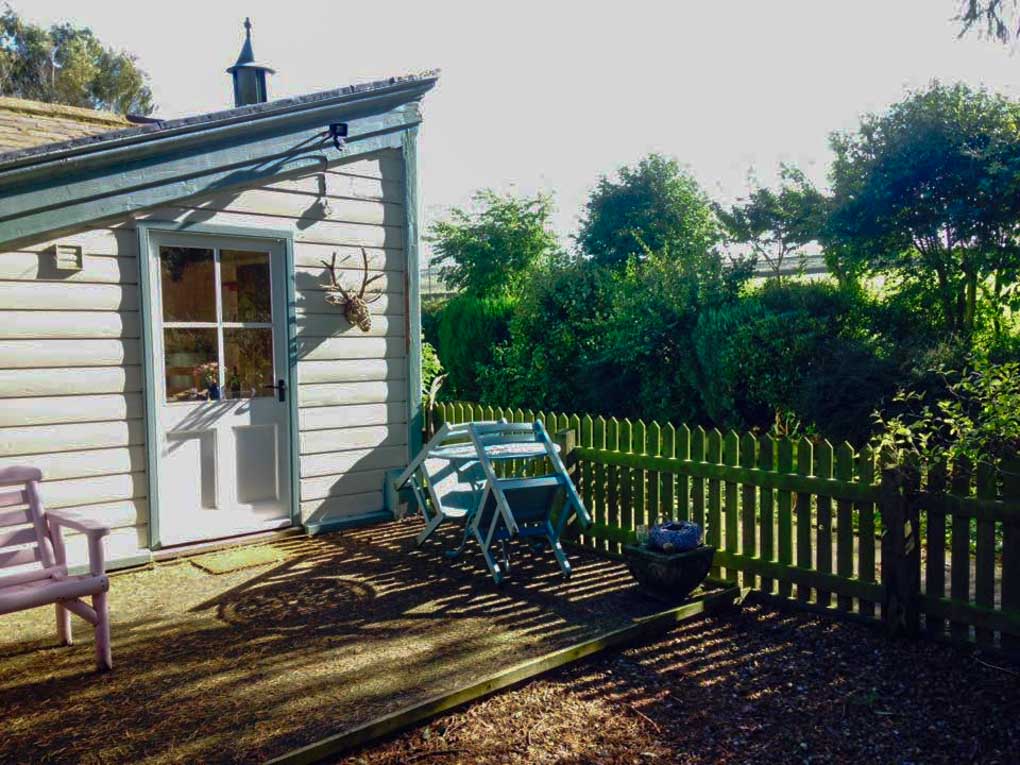 The Waiting Room sits above Staward Gorge and Allen Banks in Northumberland, overlooking the railway line of Staward Station. The station hasn’t seen a train for 66 years but the lovingly-restored Waiting Room still provides a place of refuge for the weary traveller, bedecked with everything one could need for a a few days away, from fresh eggs to scrabble. 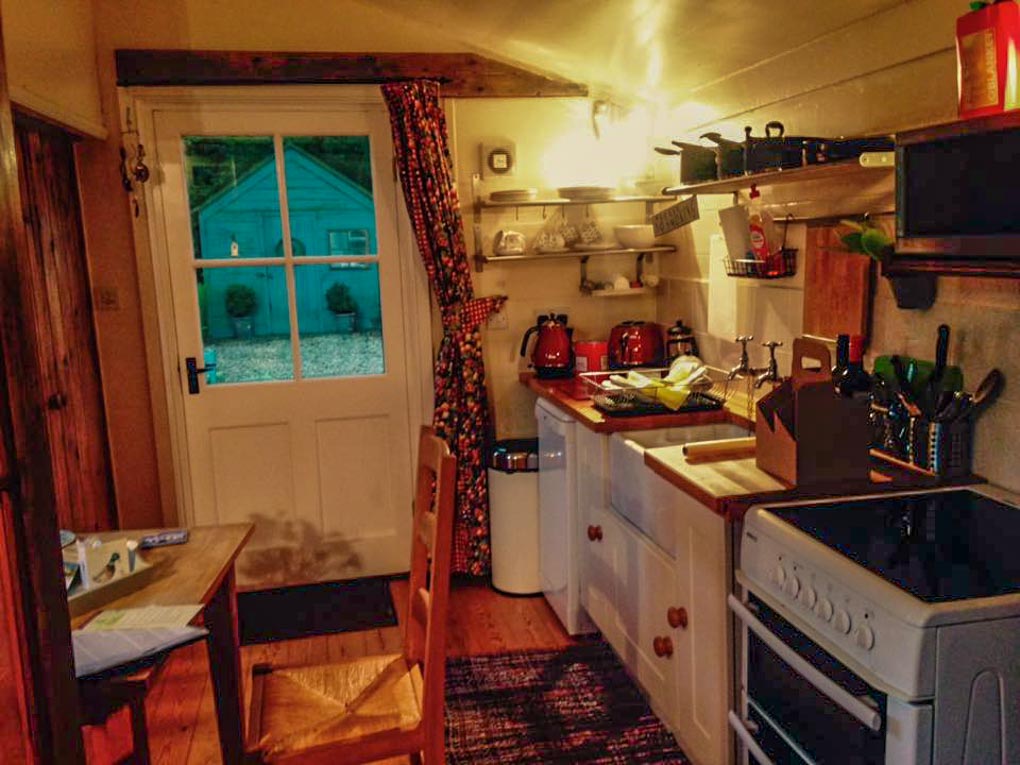 My boyfriend and I holed up there for three days and four nights at the end of September, savouring the rugged scenery, the starry skies and the historic Hadrian’s Wall. 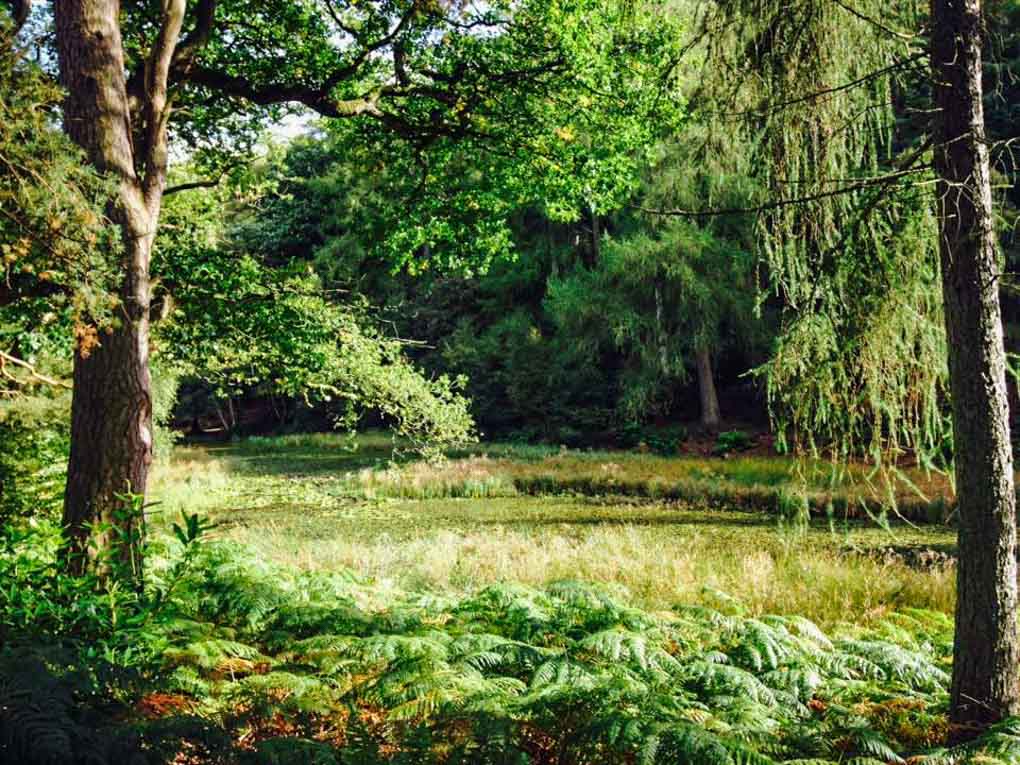 Without a car, we were delighted to find that The Waiting Room backs on to the John Martin trail, which is where one rainbow-filled morning, we started our stay. The stunning 10 mile hike took us across fields, through forests and by rivers and tarns. 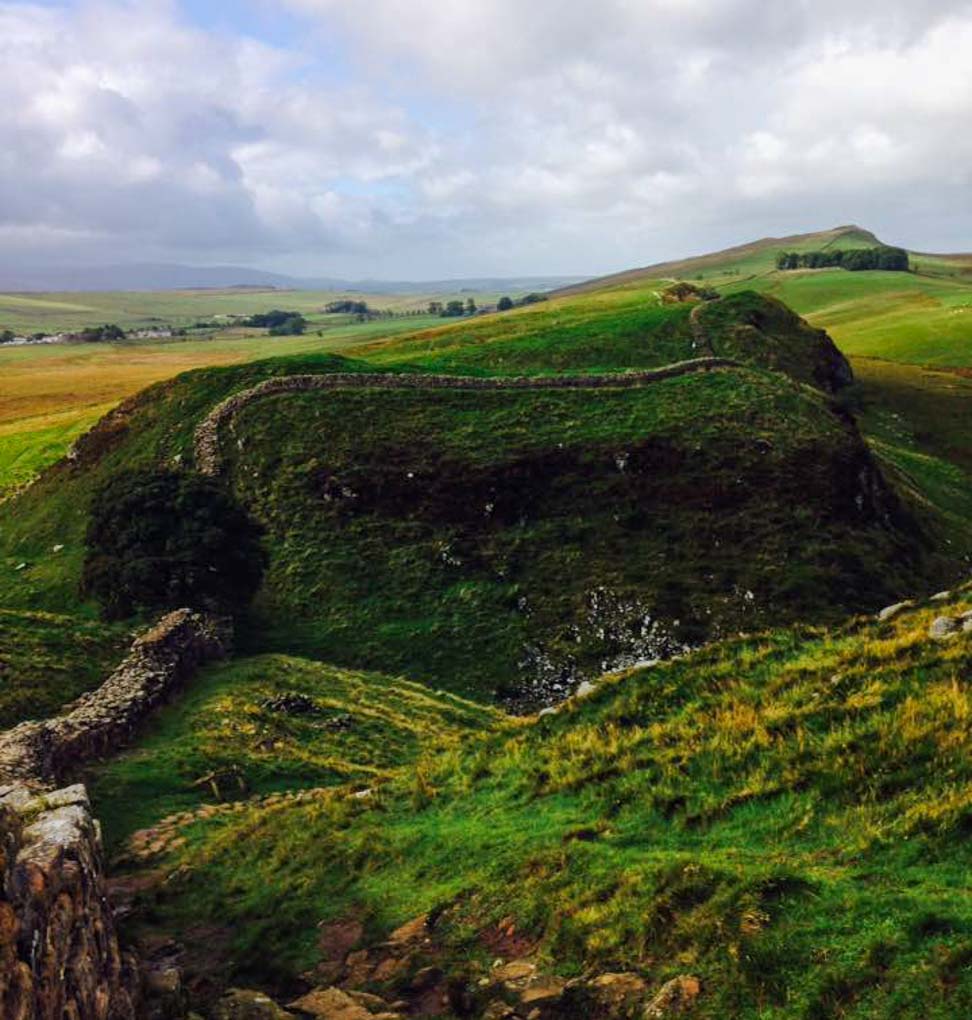 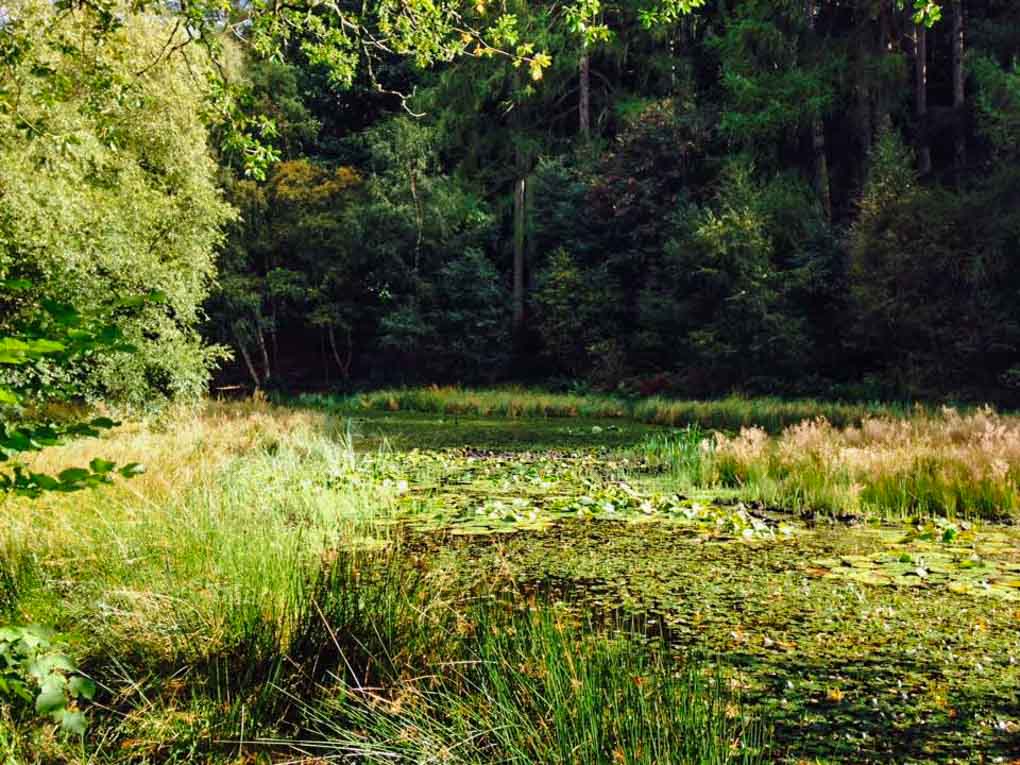 We strayed away from the map a few times (aka we got lost) so 10 miles turned into rather a longer walk, but the log fire in the Waiting Room and squishy sofas offered us some lovely respite when we returned. The house is situated in the Northumberland International Dark Sky Park, so if you get the chance to go, I highly recommend you step outside in the inky night and look up. Breathtaking. 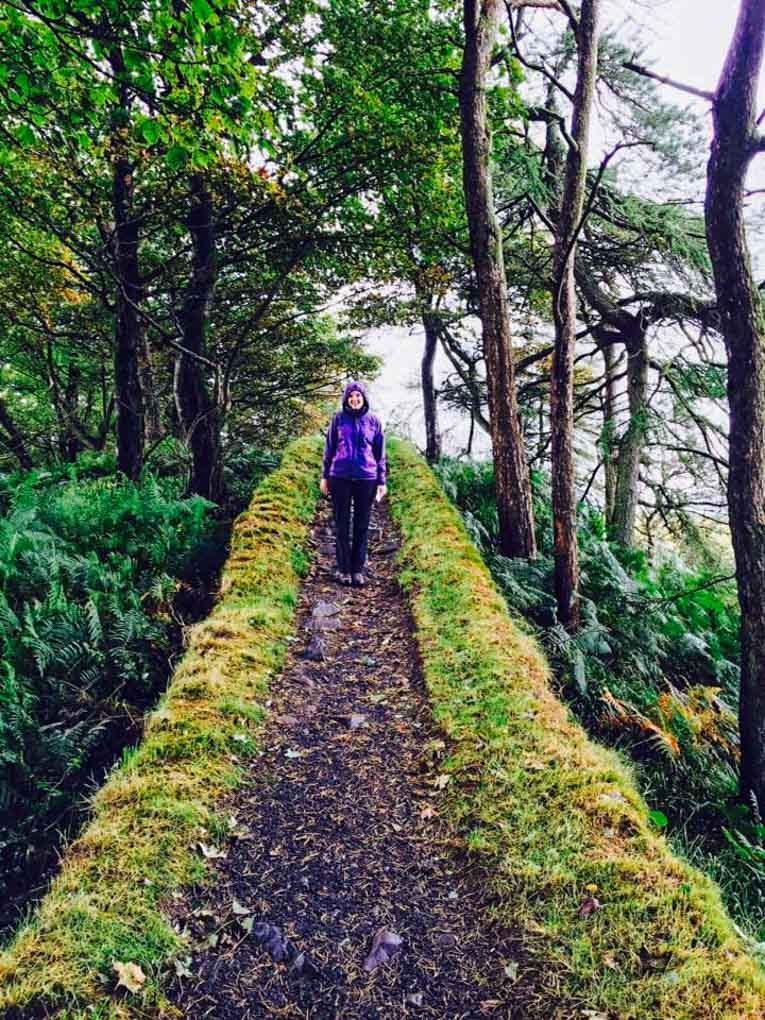 The Waiting Room is also marvellously close to Vindolanda – an ancient Roman stronghold – so we took the train to Bardon Mill and walked there on our second day for a rather damp look around. It is amazing to think of all the soldiers who lived there and the amount of archeological finds is astounding, from perfectly-preserved shoes to weapons. Blackberry picking on the way home ended our day, followed by hearty food and even heartier portions at the Carts Bogg Inn, which is a one-mile stroll from the Waiting Room itself.

Our final day was the most special. Steve (one of the owner’s of The Waiting Room) kindly drove us to Steel Rigg and we walked along the famous Hadrian’s Wall to the fort of Housesteads. Being a Wednesday at the end of September, we only saw one other couple walking the wall. Having it to ourselves was blissful – you could really imagine the Roman soldiers marching along, looking out over the beautiful but wild North. This bit of the trail takes in Sycamore Gap – or the “Robin Hood tree”, for those who are fans of the Kevin Costner film. The ancient Sycamore tree stands alone, in the perfect dip of Hadrian’s Wall and is utterly beautiful and atmospheric. 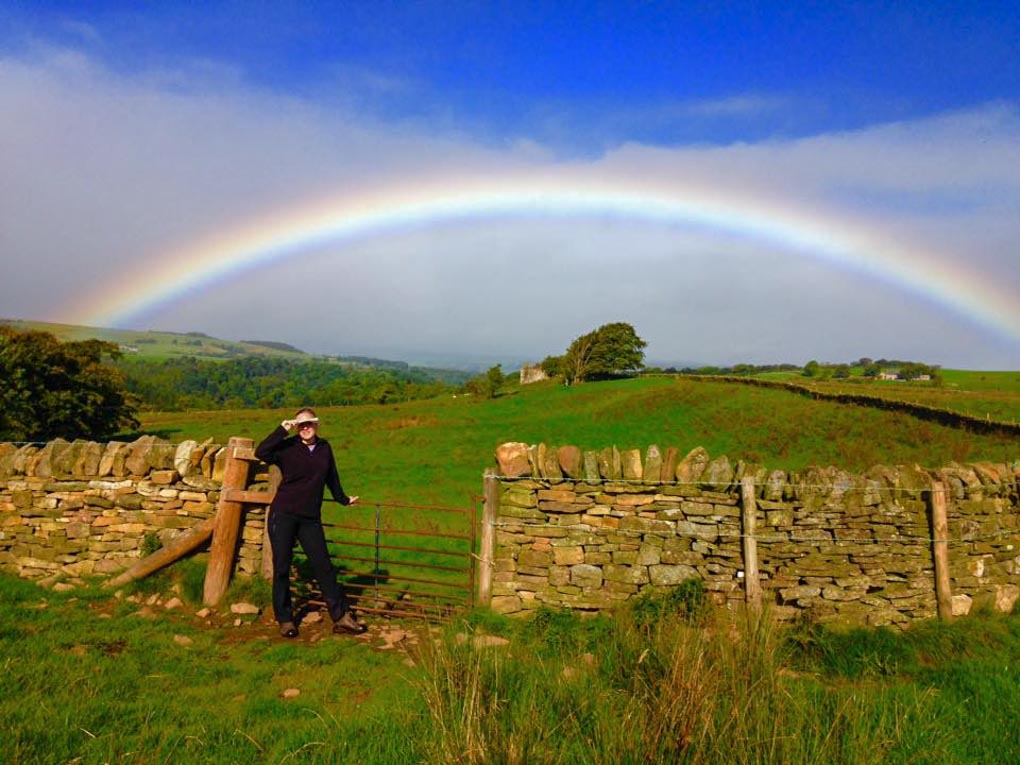 But my favourite thing? Returning to The Waiting Room which is perfectly made for two – comfy sofas, log fire, a hoard of DVDs and games and of course, wine…

A special thanks goes to the lovely owners- Steve and Deb – for being so helpful and driving us around a fair bit! Deb prepares meals and picnics as part of her ‘Country Concierge’ service and she kindly let me sample her rhubarb and custard cake, which is probably the best thing I’ve ever tasted. And also thanks to my former colleagues at Golin, who bought me Canopy & Stars vouchers for my leaving present, making our trip to The Waiting Room possible.