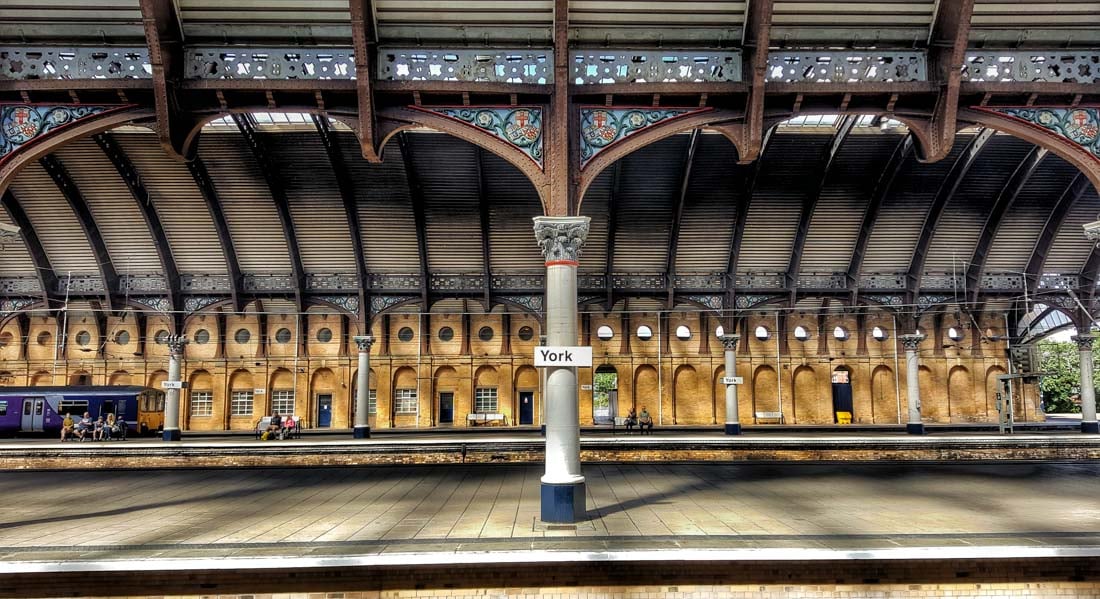 If you have been following my wanders lately you may have seen I have spent plenty of time wandering the River Ouse, camera in hand. Occasionally these walks take me into the City of York, where I have acquired a new coffee stop, at York Railway Station.

York Railway Station is one of those buildings that gets overlooked by thousands daily. The hustle and bustle of travellers and commuters not taking the time to look up and around to see how remarkable the station is. There is plenty of detail to be admired and photographed. Coffee, sit, look around. Relaxing whilst others rush around you.

Once upon a time there was the Old York Railway Station. It was within the City Walls and had a major problem. It did not have the facility for through trains so heading to and from Newcastle/London they all had to reverse out to continue their journeys. Not ideal at all! A new station needed to be built, a through station outside the walls.

This current station opened in 1877 and was designed by North Eastern Railways architects Thomas Prosser and William Peachey. At the time it was the biggest railway station in the world!

It is built on a curve and with the iron columns supporting an iron and glass roof, the light the scene looking out down the track is very impressive indeed.

Alas back to my coffee. Bea enjoys her walks to here as she always gets a treat…. or two 🙂

Things have obviously changed since its inception but York railway Station still keeps plenty of that old style and feel with the architecture. Taxi ranks, approach roads etc have transformed the look out front but inside, if you look up you really get the sense of the age it was built in. Regardless of what is going on around you.

The footbridge across within the station comes out perfectly for visitors at the National Railway Museum. Now that is a place for another post itself. Time to wander back down the river. I am sure to be back here, for a coffee or setting off on my travels.