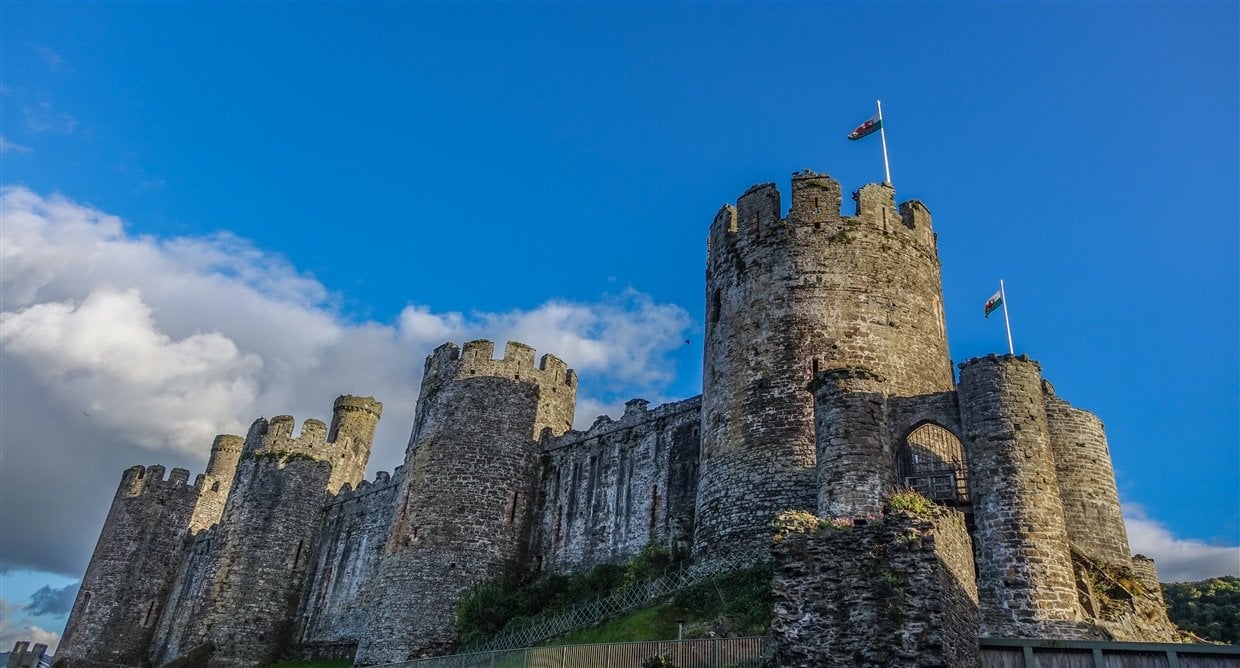 It was time to visit the last castle on this road trip.. A journey that had taken me to some of the most splendid 13th Century castles in Britain. Built by Edward I as he decided to quell any more Welsh rebellion against his reign. This last one was by no means least! If you have ever driven along the north coast of Wales then you surely cannot have missed the magnificent Conwy Castle rising up from the rocks it was built on.

Inside and out it is a marvel to explore… so explore I did. Towers galore, ruins of great halls and views upon views outwards. Lots to see and learn.

As part of the ring of castles built by King Edward I in the late 12th early 13th Century, Conwy as a place was born. Upon these rocks was a monastery but Edward moved that and built the castle and the new town of Conwy where it stood. The castle and original toen walls cost (what was a lot of money in the 12th Century) 15,000 pounds. One thing I find fascinating about these castles is the labour. Imagine… So many English labourers from all over the country gathering in Spring at Chester. Then all walking into Wales and all the way across to build these fortresses. Not lazy work in the least!

A century later Richard II was on the throne… just. Henry Bolingbroke (Henry IV) wanted the throne and Richard used Conwy Castle as refuge, eventually handing himself over at the first of my castles visited, Flint Castle.  Since then it has took strains amongst refurbishments from Welsh rebellions, the War of the Roses, refurb by Henry VIII, the Civil War when Paliamentarians slighted it to ruin. It gradually became what you see today. But you still get to see this great structure in much splendour!

you can explore the castle from below or you can walk the walls and climb the towers. At all levels the views are amazing. If you are lucky enough to find a quiet time there then go up one of the towers and gaze out in every direction. You won’t be disappointed.

The castle, like all the castles on this trip, is looked after by Cadw, the Welsh historic environment service. They painstakingly look after and preserve much of Welsh sites, many of which would have been lost in time.