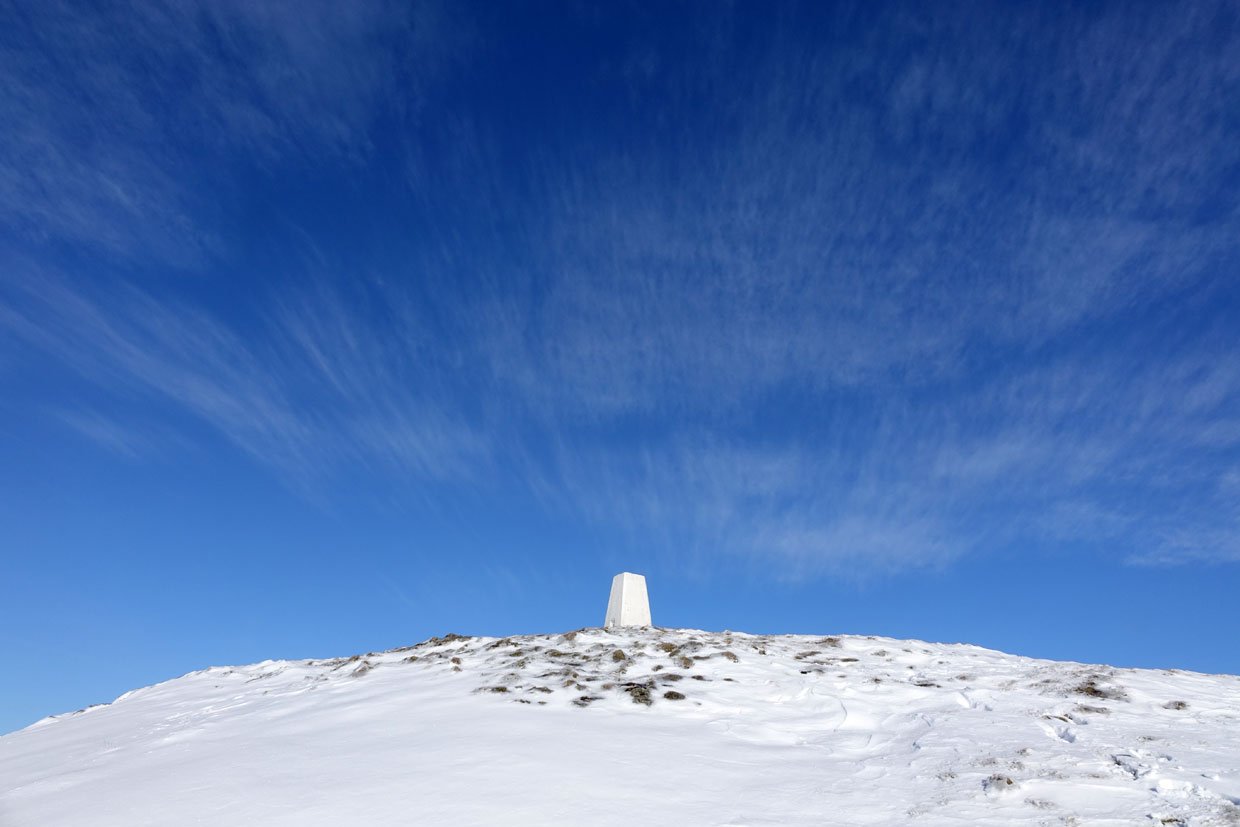 Murton Pike is an unmistakable conical hill sitting at the foot of the Northern Pennines in the Eden Valley, Cumbria. A tempter for many a quick ramble, family walk, dog walk or for the keener, a fell run sprint. Being only a 5 minute drive from Appleby in Westmorland it is a big local favourite as well as a draw for visitors wanting a shorter climb in the area. There are fewer summits that give such vast views from a relatively low height. lets take a look at the views and why there are some uniquely rocked and shaped peaks around… 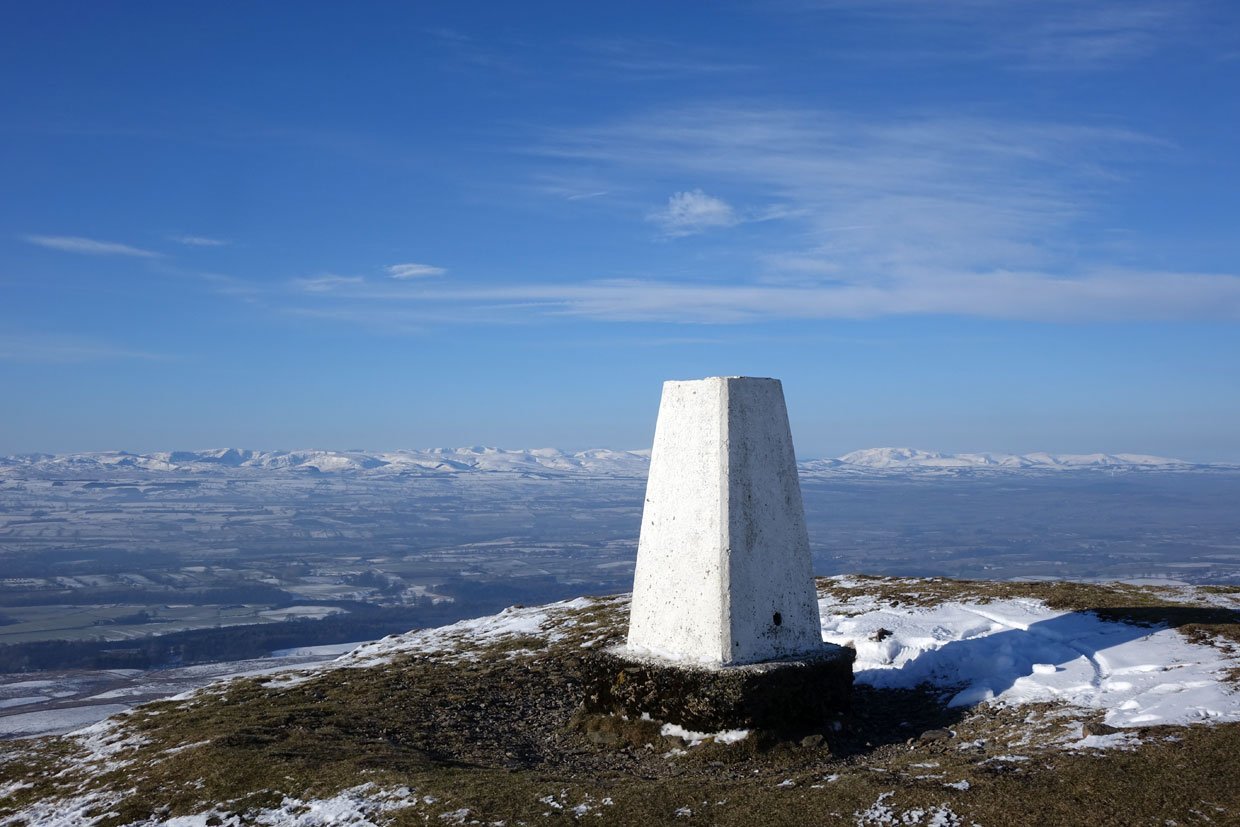 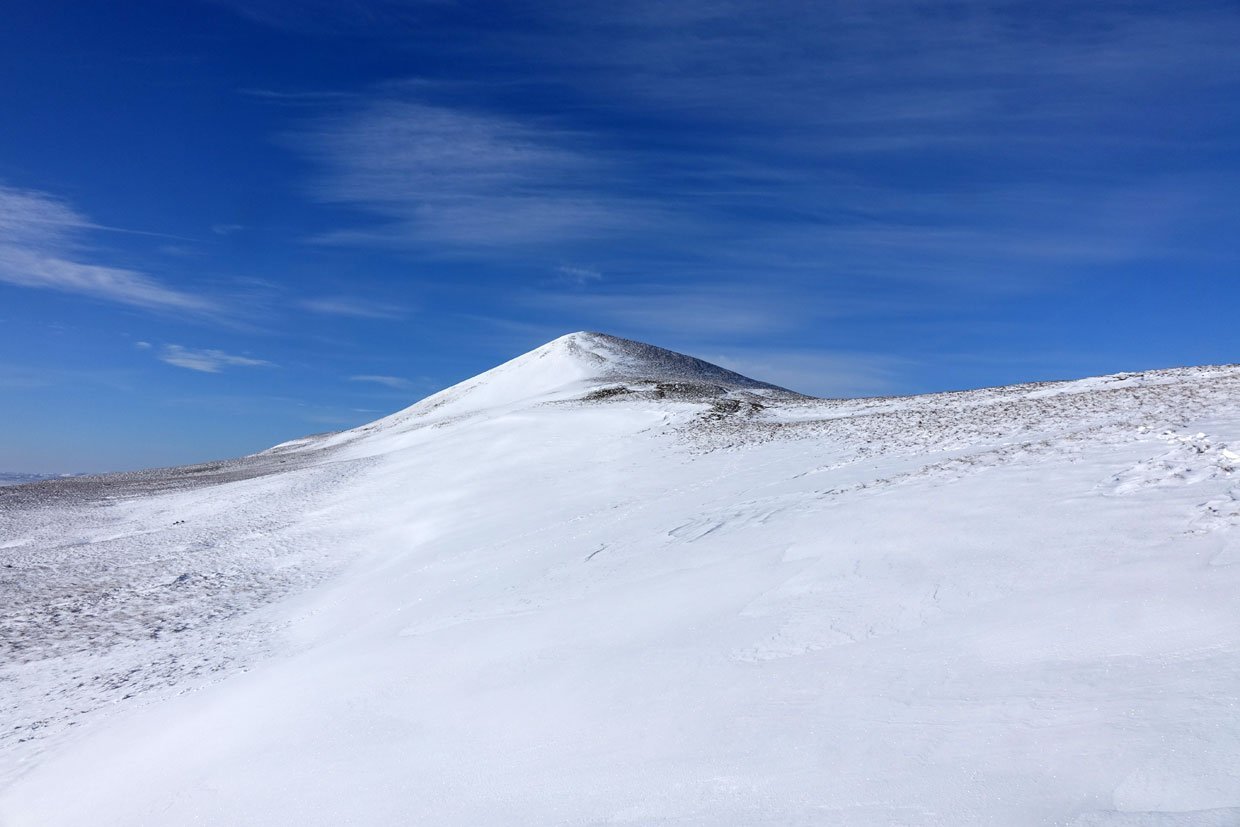 Straight ahead you get the whole of the big and wide Eden Valley, and, as if set up in a line, the Eastern Fells of the Lake District make up the horizon. Yes I did the climb this in winter after snow, but this is a fell for all seasons, this valley never gives up its beauty. 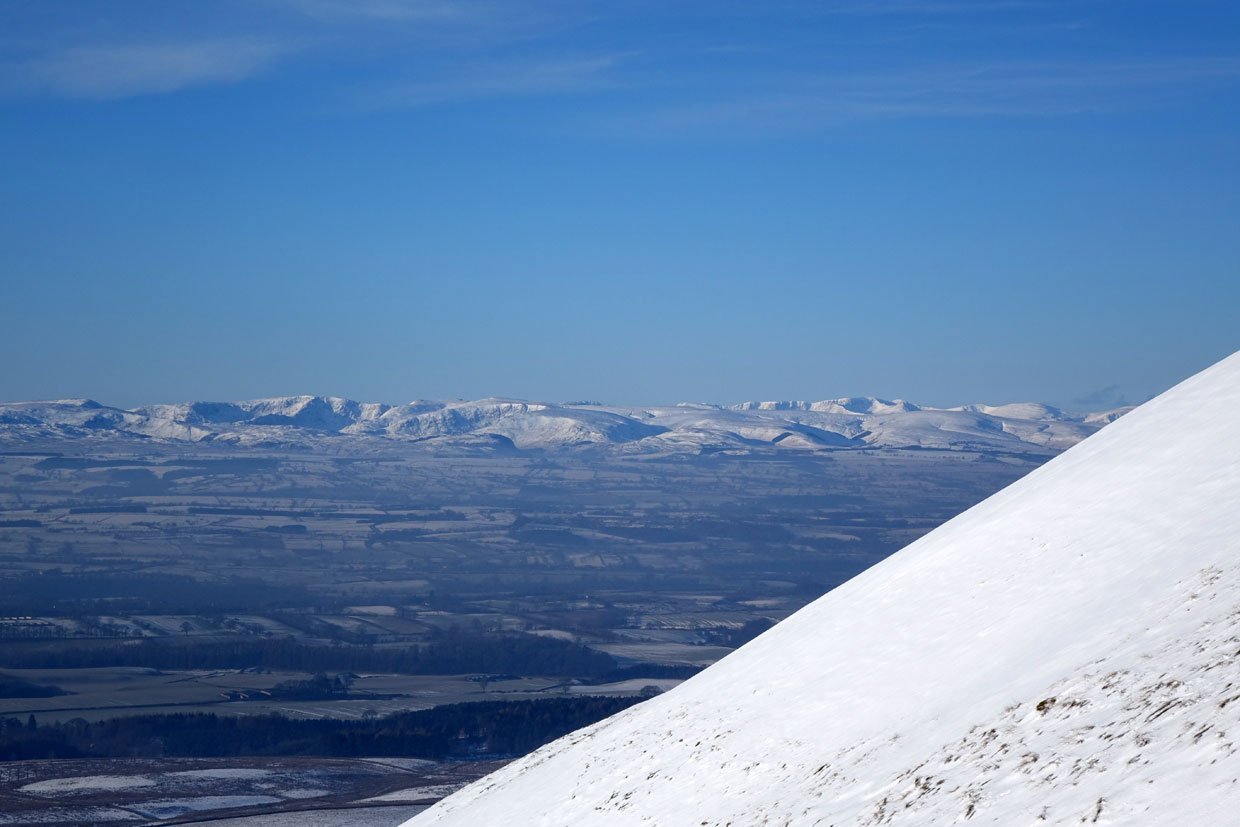 Looking the other way you have the Pennine range itself. Today it looked even more magical all snow covered with blue skies above. For the lovers of longer walks you can carry on from Murton Pike and take the step further onto the bigger tops. 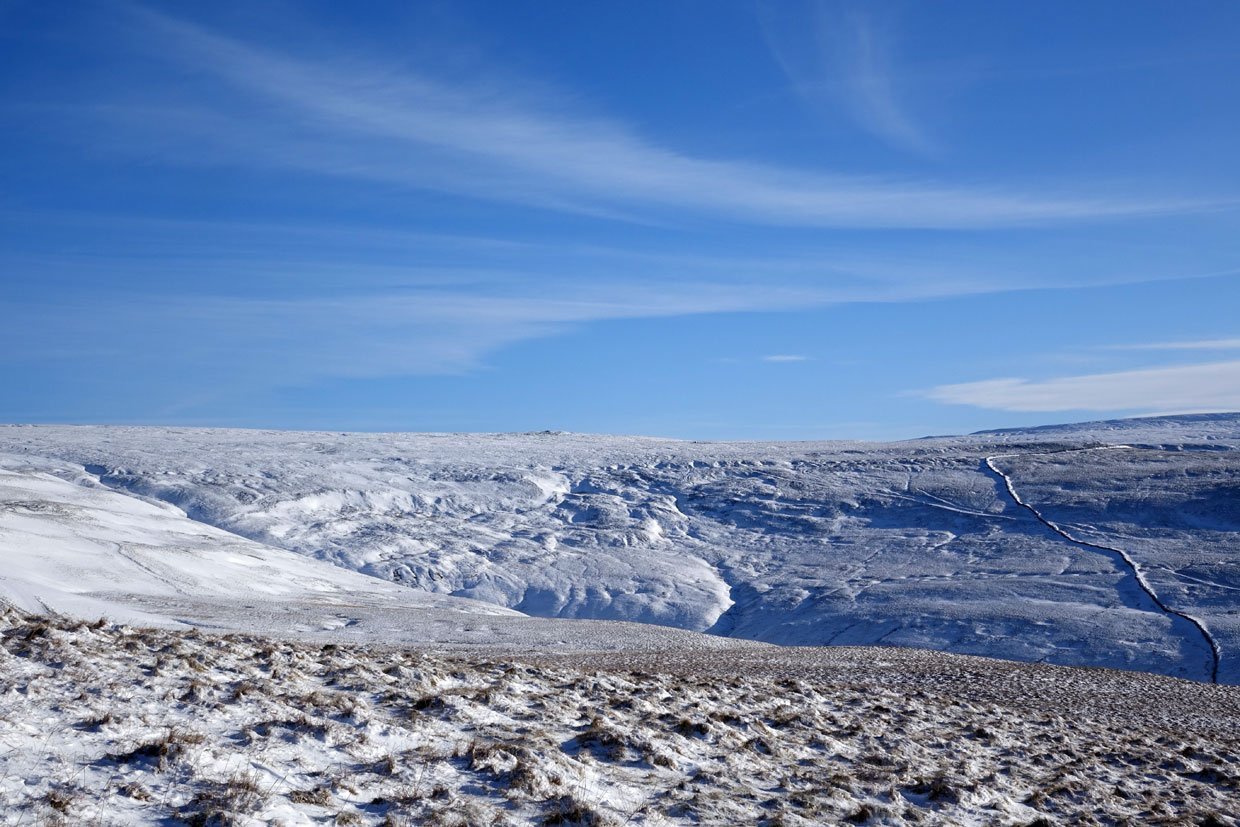 In fact over to the north east you can see way to the unmistakeable natural landmark that is High Cup Nick, another story I will be showing real soon. 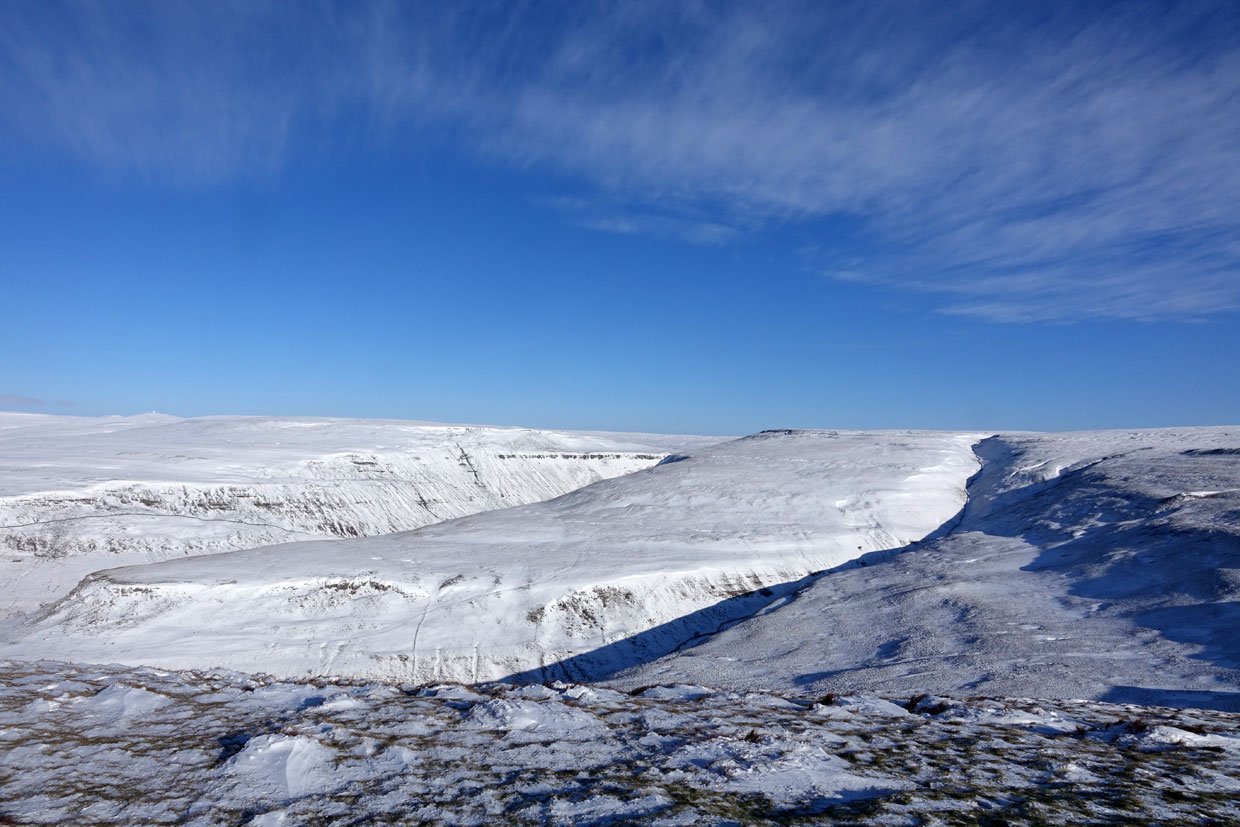 The whole way up the Pike gives way to spectacular views, you do not have to force yourself to the top, adding much the appeal of this place to those in the know. A fast walker can get up in an hour or less, but where is the fun in that? Enjoy the moments, enjoy the sights, take in what is around you. 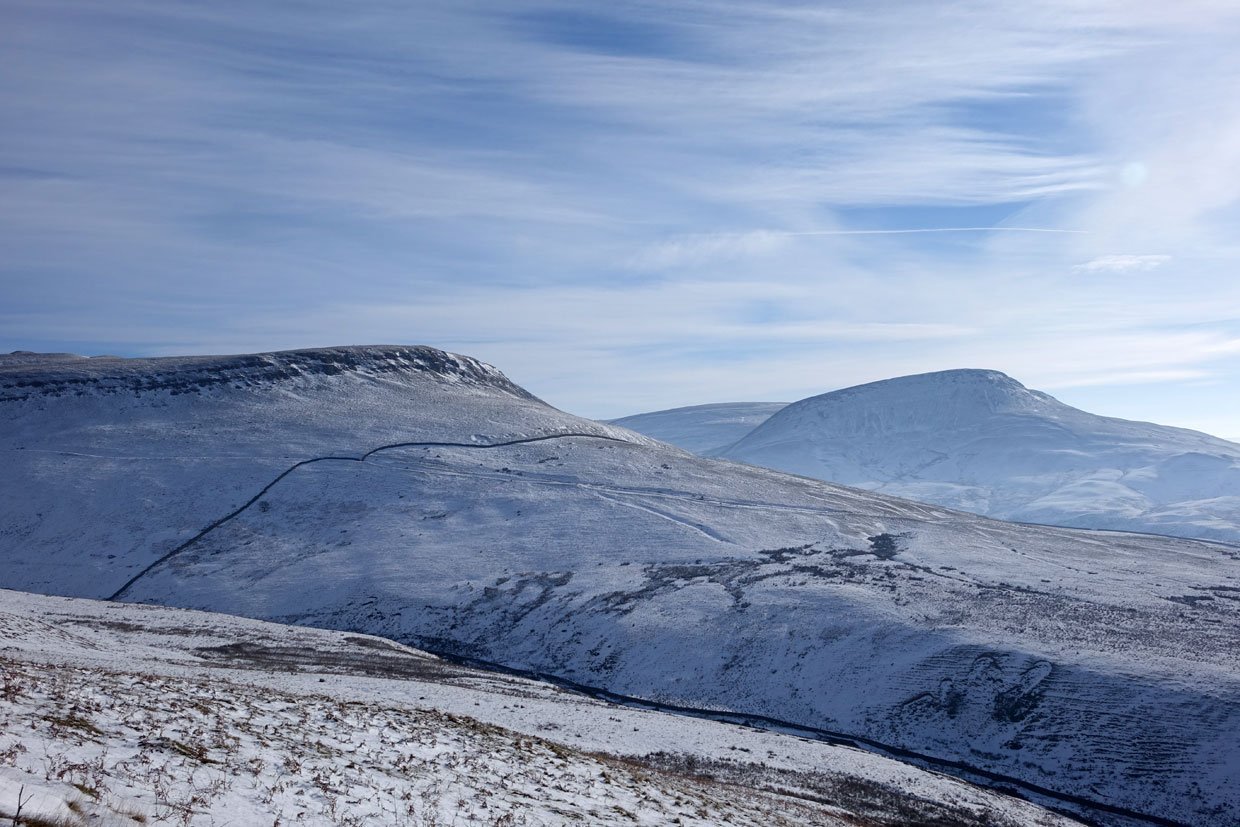 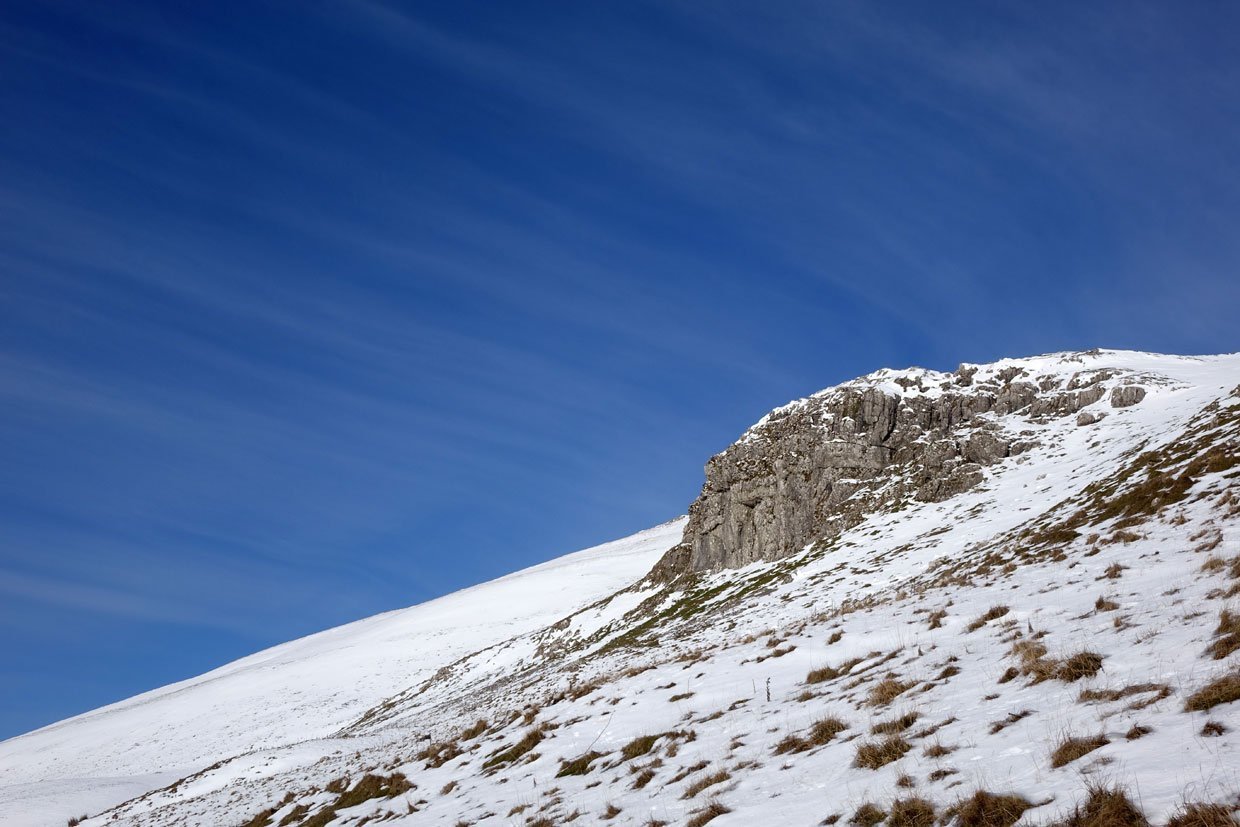 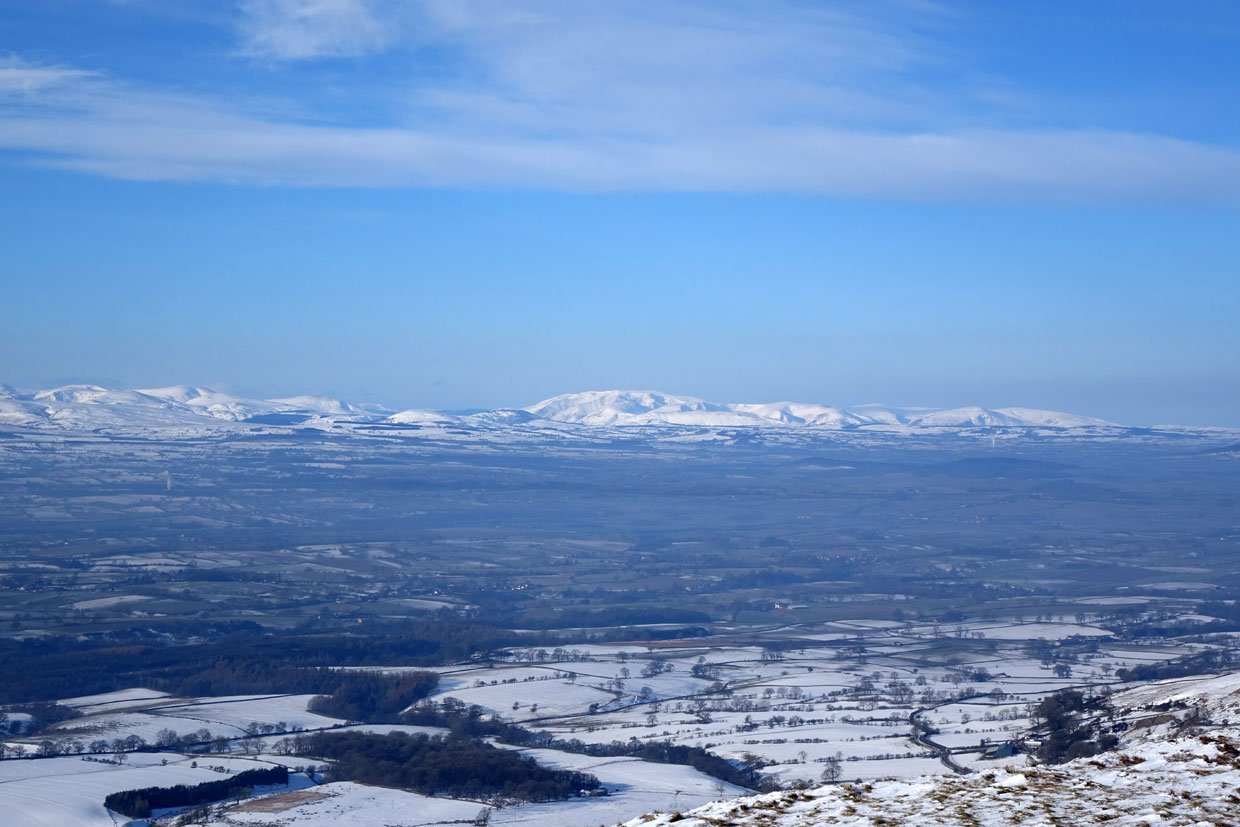 Although yes the panoramic from the top is a wonderful place to sit, relax and think, away from the hustle and bustle. A feeling you are so many miles away from it all without having to have necessarily had to travel far to get that feeling. 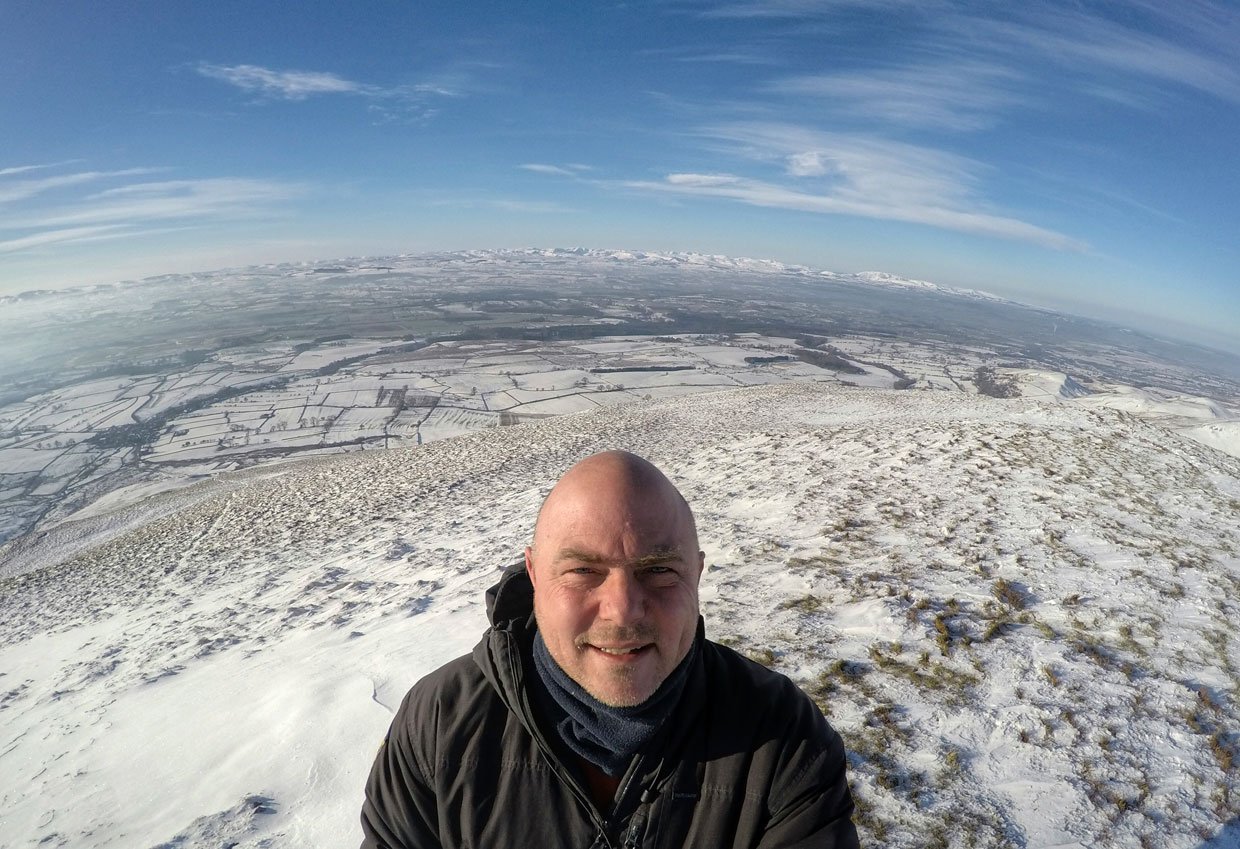 To get to the bottom of it, from Appleby take the road to Murton Village. Head through this small village as it bends round to the left. You will see a sandstone bus stop on your right, then turn right straight after this. The road ends in a good car park, literally right at the foot of Murton Pike, with a big wide path ahead. On the way up you get to see the village down below, this day nestled in the snowy valley. 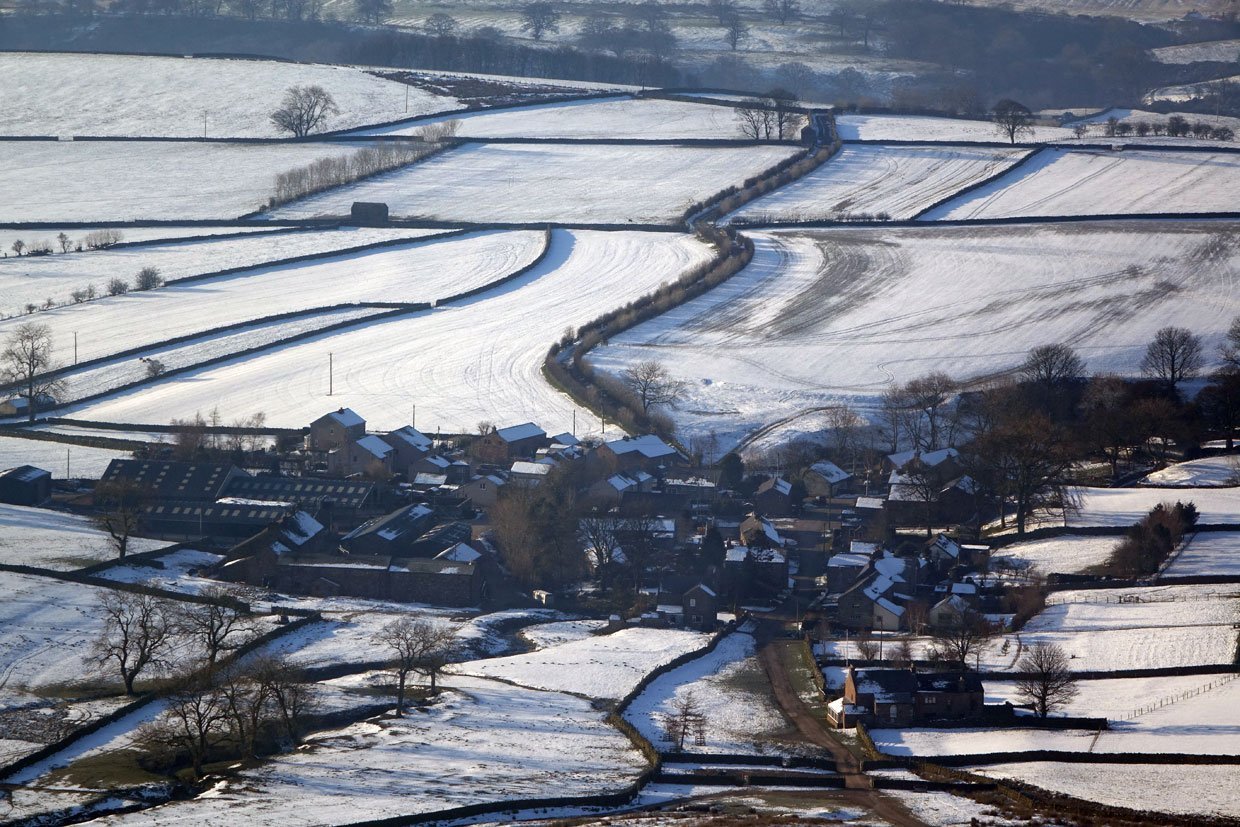 This is not the only conical shaped peak along the side of this part of the Pennines. You may recall a previous post from the similar looking Dufton Pike. Well that cone shaped hill is only a couple of miles away along with others in a seemingly straight line…. 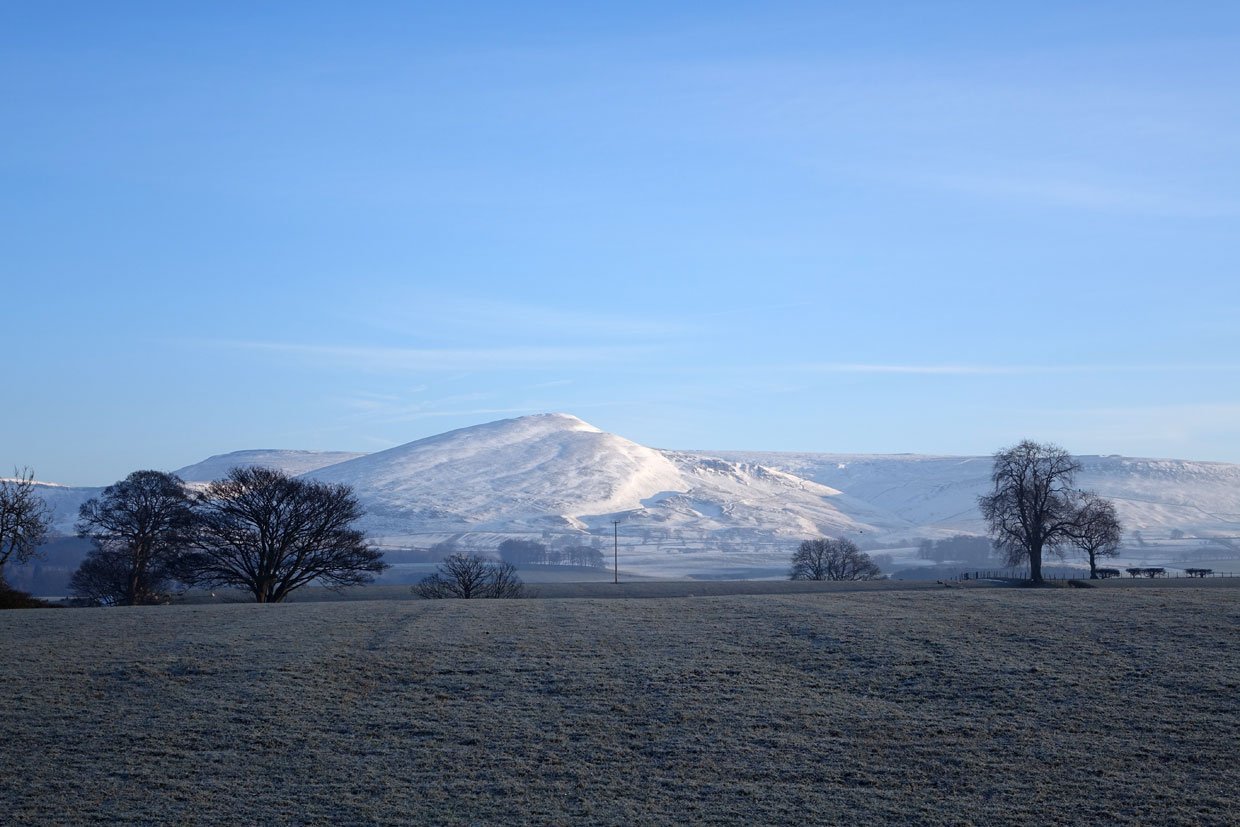 To try and explain why…. 500 million years ago, the area, made of volcanic ash and slate, was the edge of a huge ancient Ocean. The village actually sits on a fault in the earths crust, unbeknown to many. Visitors to the Eden Valley, have you ever noticed it is all sandstone within the valley, yet so different suddenly when you get to the Pennines? The two continents that crashed together those hundreds of millions of years ago crushed the ash and slate together to form these cone pikes! Plus the Ocean went. If you look at the higher Pennines to the South like Murton Crag…….. 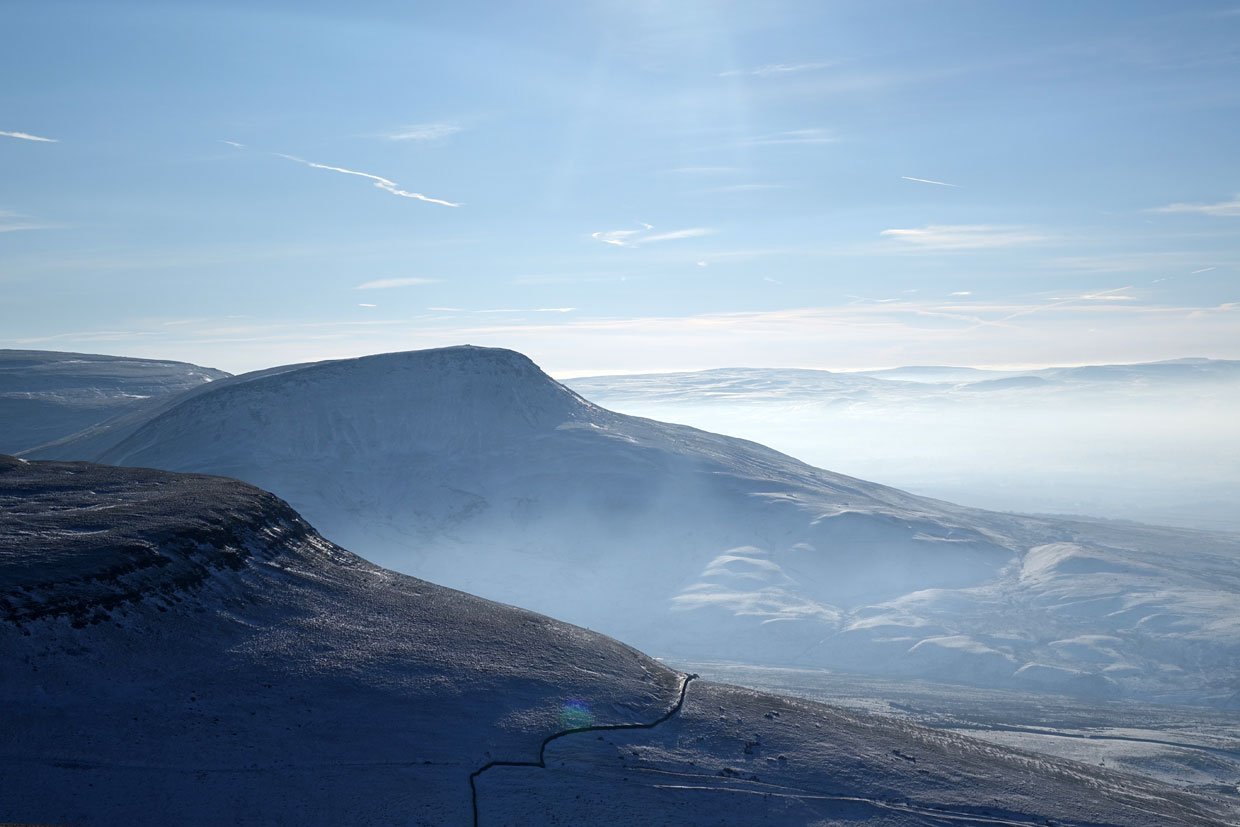 … you see there are limestone outcrops, different again yes? This came much later, ‘only’ approximately 330 million years ago, the limestone coming when it was the bottom of a tropical sea. And the sandstone of the Eden Valley? Well this was a desert plain about 250 million years ago. Many ages have passed of course since these times, all leaving their mark on the landscape, adding to this area full of natural gems, but much of the most ancient can be seen, climbed and admired as here. 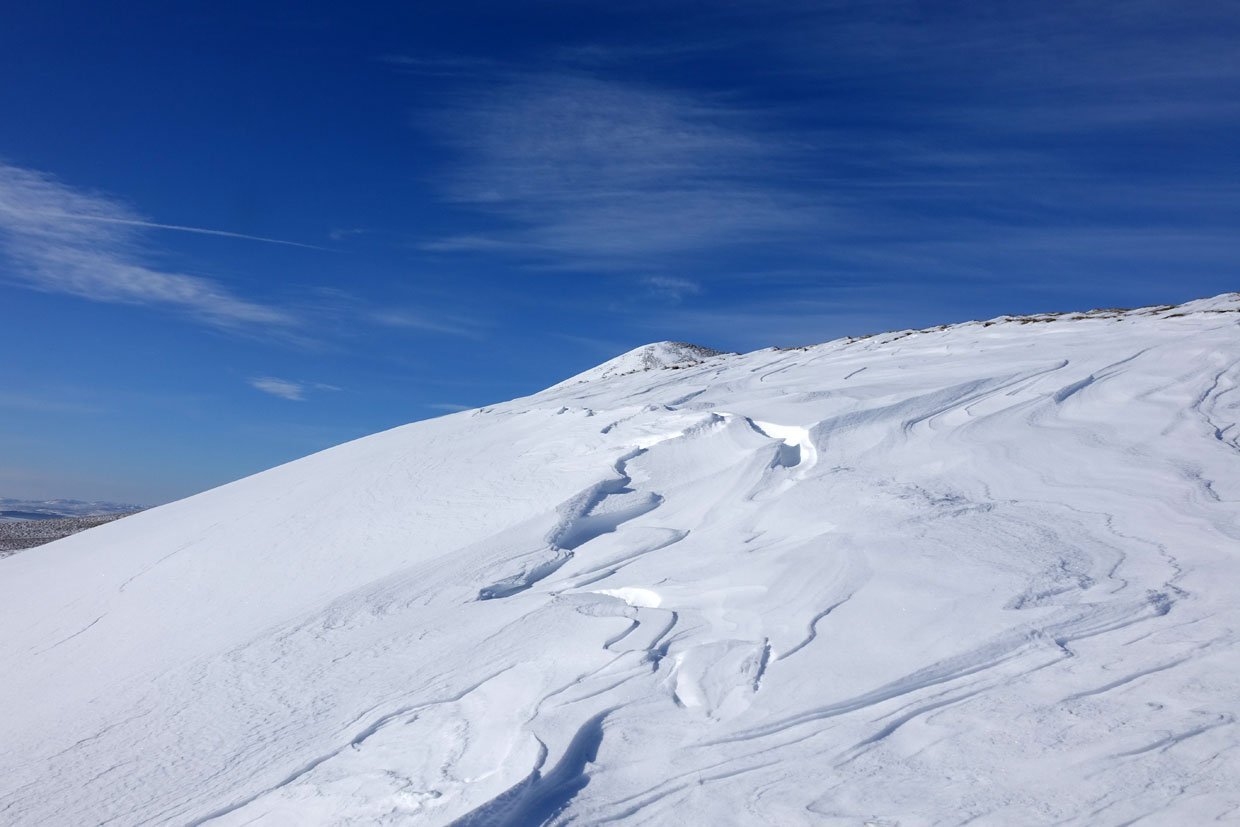 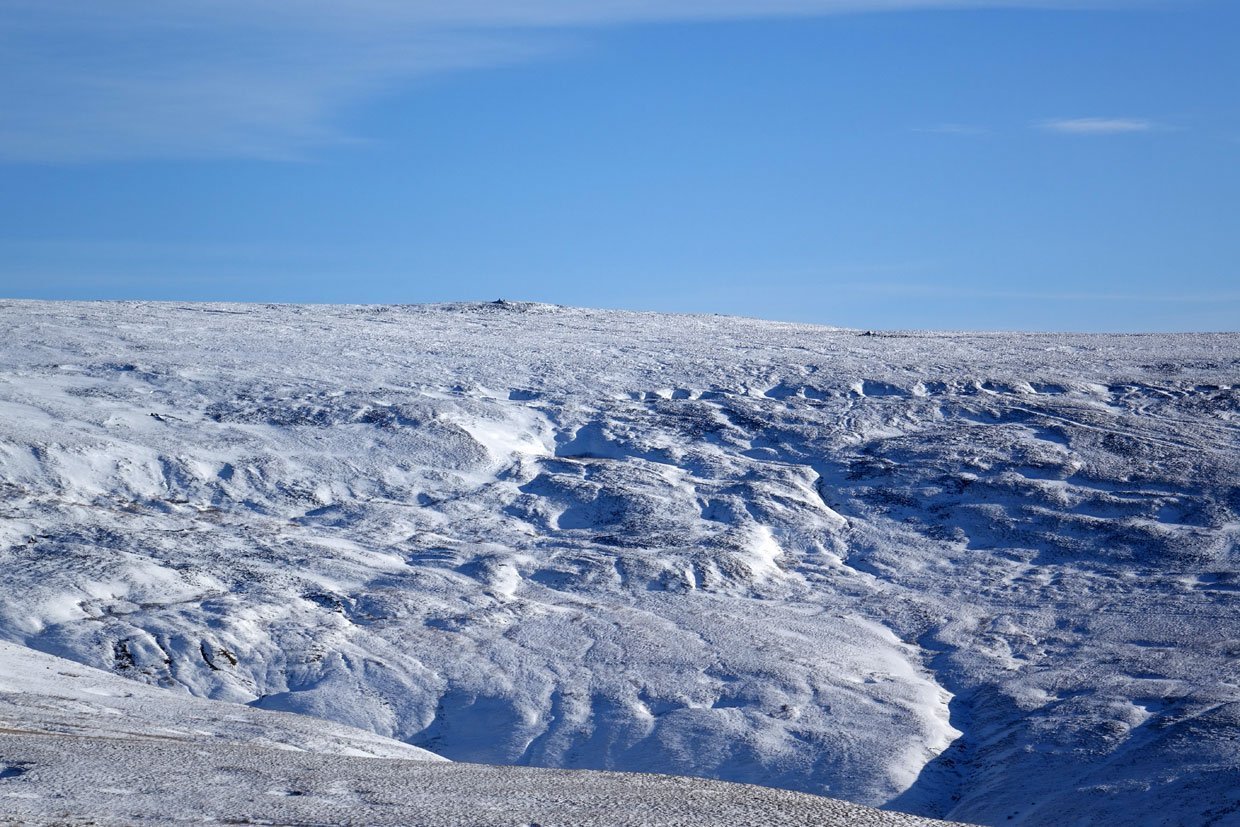 If you are ever in the area and want views without miles reaching double figures, then go for it. Murton Pike 🙂