I haven’t been away on holiday for many a year and when two friends suggested we put a walking holiday together, I jumped at the chance. We decided on the Rob Roy’s Way, a relatively new trail, which was created in 2002.

We started out from Drymen, the official starting place being the square, which is where you’ll find the Clachan Inn. Day one was scheduled to be about twenty one miles but with re-routing we ended up walking about twenty three, finally ending up in Callander. The re-routing is something that you may come across on a few occasions as about half of the route uses forest tracks, most of which is owned by the Forestry Commission Scotland (FCS) and constant maintenance; either felling , replanting or general upkeep needs to take place. This is always well signposted. 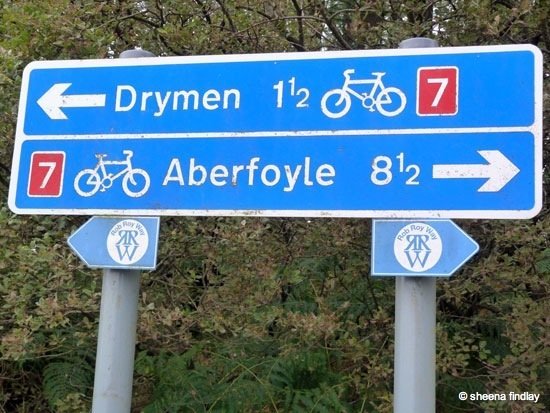 This first stretch uses quite a lot of cycling paths and as we started out on a Sunday morning they were plenty of cyclists enjoying the balmy September air. The first climb of the day is on leaving Drymen but having devoured our first Scottish breakfast we were ready for whatever the day threw at us.

This morning’s section leads us through part of the huge Loch Katrine water scheme and there is plenty of evidence, such as the large rounded stones on the right hand side which trace the line of the 1856-9 aqueduct, which runs in a tunnel beneath your feet. John Bateman was the civil engineer commissioned with this incredible project; which went on to eradicate cholera by supplying exceptional quality drinking water to the people of Glasgow. The aqueduct is 26 miles (42 km) long with a further 46 miles (74 km) of distribution pipes, delivering the water to the households of Glasgow. Every now and then you’ll pass by dome shafts, these were used for extracting spoil and for ventilation. A little further on we come to Corrie Aqueduct; this dates back to 1859 and is still in fine working order. 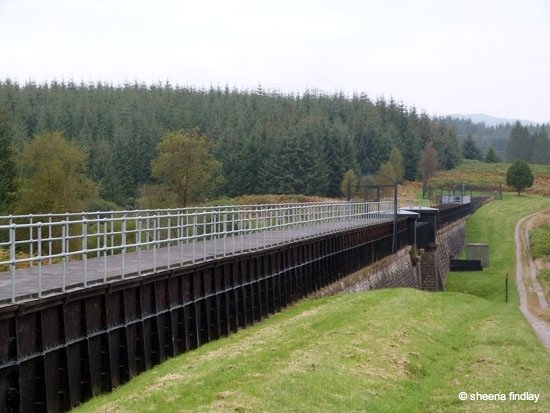 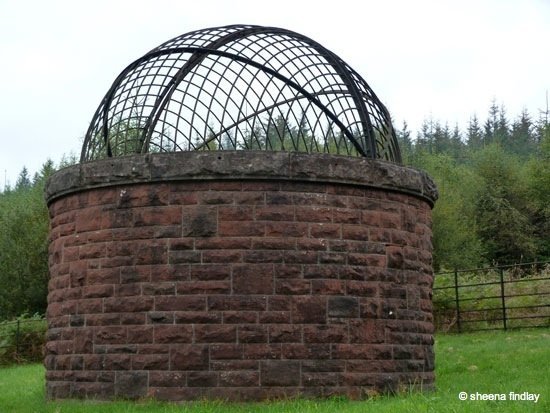 We stop in Aberfoyle for lunch and a well earned coffee. A couple of places that you might want to visit are The Scottish Wool Centre and The Trossachs Discovery Centre. I got sidetracked here as there was a couple who were from a local bird of prey and owl sanctuary, introducing some of their gorgeous birds to the general public. I couldn’t resist stopping and admiring these beautiful birds; but not for long, Callender beckoned 😉

Onwards and upwards we go leaving Aberfoyle behind; our guide book mentions that this next section has some boggy areas and a few streams to cross. We’re very lucky with the weather and none of the streams that we came across were too challenging; but I can imagine after heavy rainfall this could change quite dramatically. We pass Lochan Allt a’ Chip Dhuibh and continue along the forestry road, with occasional views of Loch Venachar. 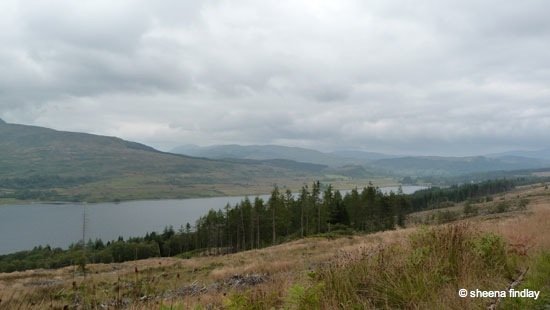 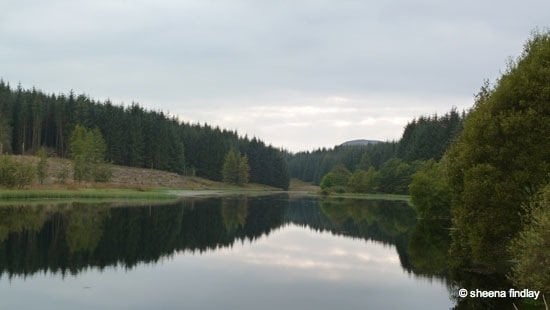 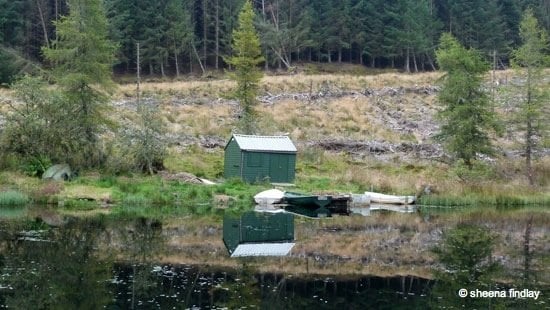 Feeling pleased to have completed ‘Day one’ we spoil ourselves with the most fantastic fish supper. I can’t tell you how wonderful the seafood pasta tasted in Mhor Fish. Our Bed and Breakfast situated just of the main road, was run by a real character and his wife. The last call for breakfast was him playing the bagpipes! Fully replete we set off on day two; about fifteen miles today, Lochernhead being our destination.

The route took us along a cycle path again but that does have a bonus, you can keep a fairly brisk pace going. We decided to break for lunch at another of the delightful Mhor eateries; this time it was Mhor 84, very conveniently situated on the A84 just outside Balquidder. We knew that it wasn’t going to be easy finding somewhere to eat in the evening.

The rain decided to show its face in the afternoon, but that was the one and only day on our trail that we needed our waterproof jackets; it never got heavy enough to warrant waterproof trousers. 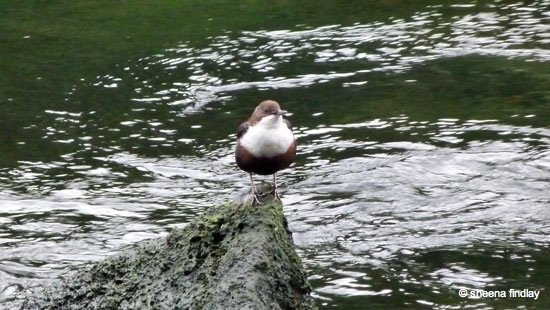 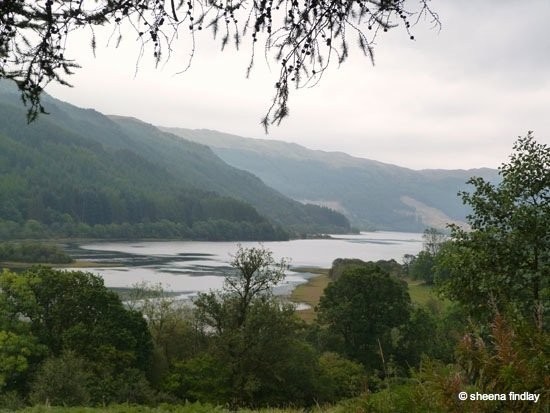 We were up amongst the moor land in the afternoon which was pure bliss, eventually cutting down to Lochernhead for our second night stop.

Once settled in we took a stroll down the road to the pub. The rain had eased off and the views in the dusk looking over Loch Earn were quite something. It looked as if the Mountains were letting off steam as the low cloud gradually lifted away. 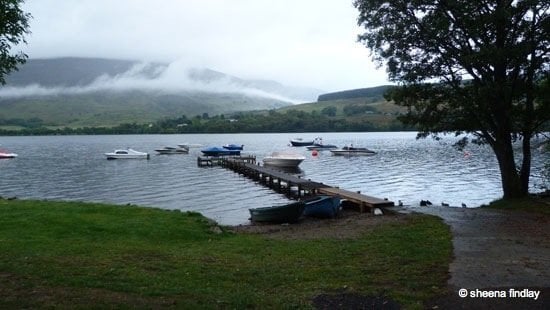 The journey continues soon in part 2…