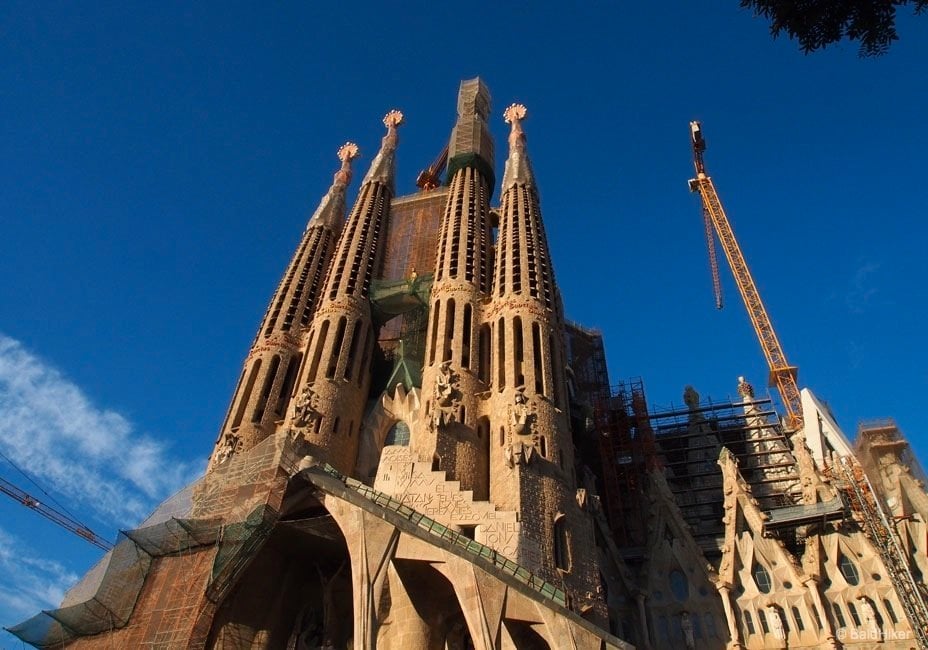 Well we only had one evening at this Hostel in Barcelona so that meant only a few hours locally unfortunately to explore the vicinity. Still though, with a spring in the step we took a wander, black by black, lefts and rights. Only a few minutes away a building appeared that does attract many visitors that come to Barcelona. The Basílica i Temple Expiatori de la Sagrada Família, or for short, la Sagrada Família. The building of this Roman Catholic Church started in 1882.. it is still not anywhere near finished yet, it was time to discover more, a wander round and to find some facts. 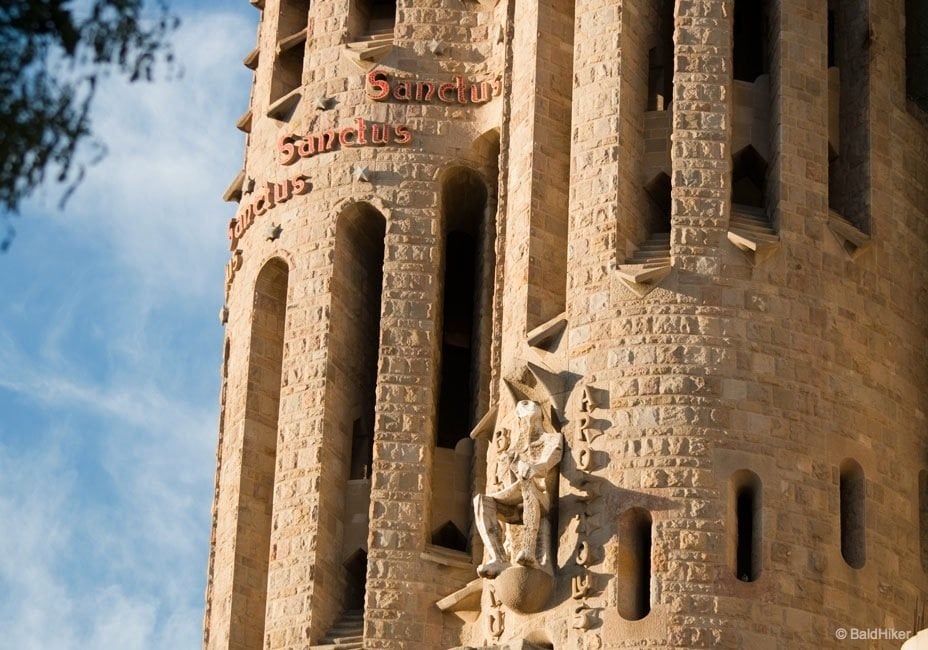 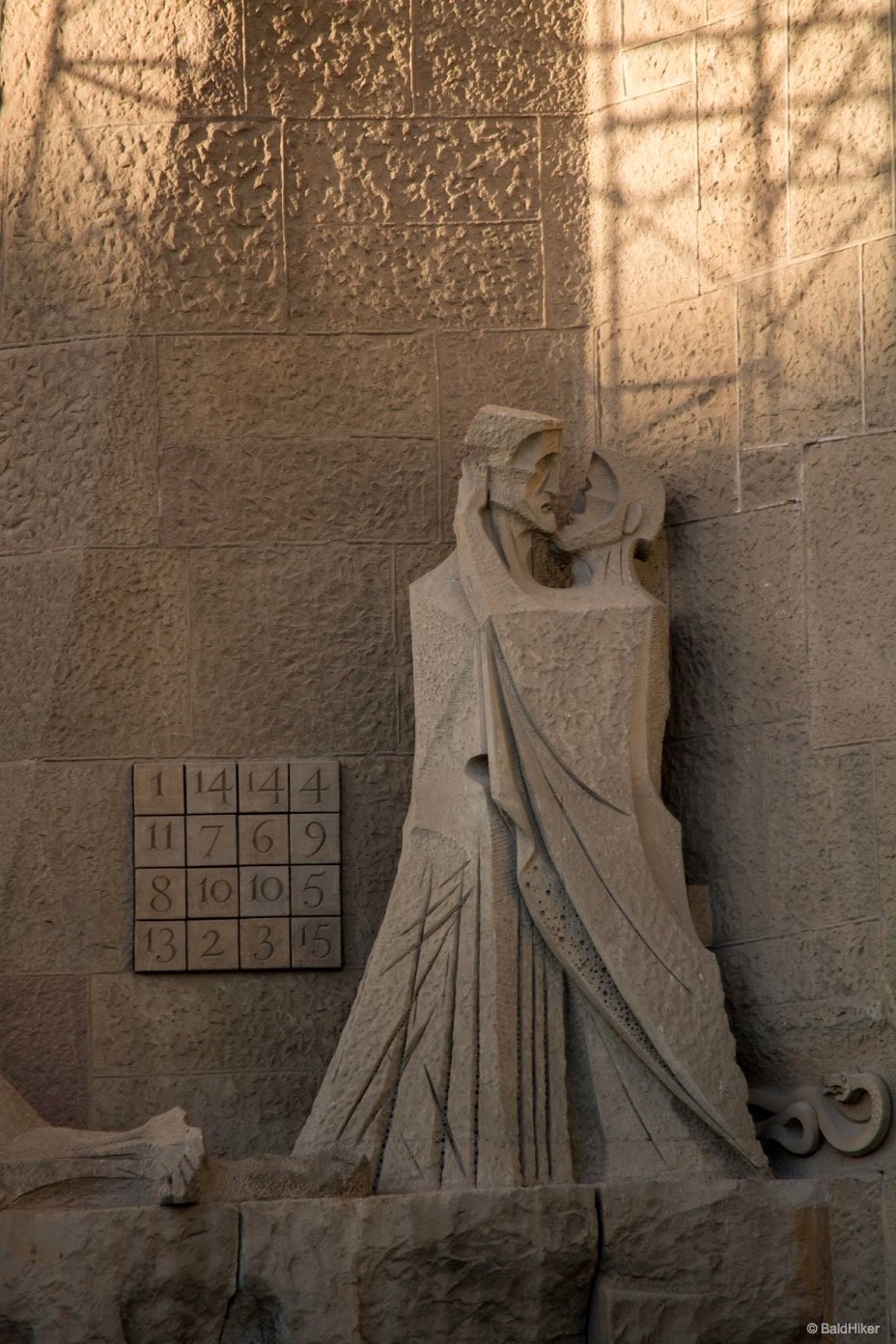 Ok, when I tweeted the live pic when I was stood beside it I gave a wry smile to some of the comments on Twitter, all relevant to the cranes and as yet incompletion. I was going to embed some of your replies here but although mainly harmless jokes and stereotype banter about a certain country’s working style. I would not like to accidentally offend. There are many big reasons the work is only partially done and they have been working hard to bring completion forward by nearly a few hundred years actually. Yes that is not a typo. 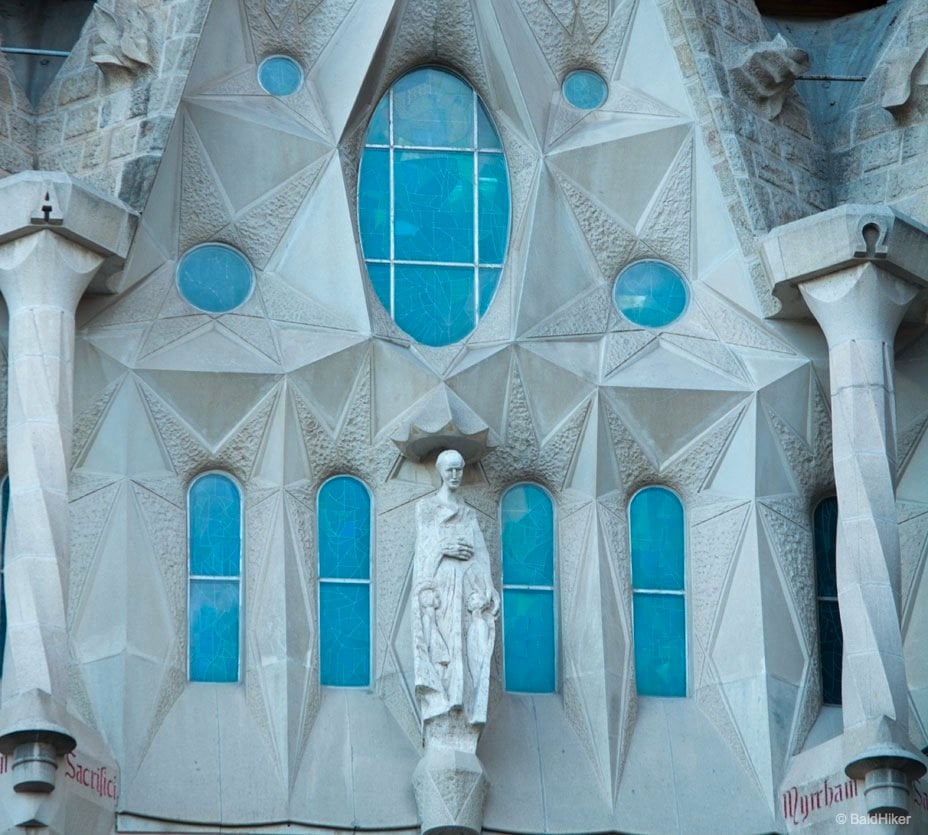 Let’s go back to the beginning. In 1872 a Catalonian bookseller by the name of Josep Maria Bocabella went to visit the Vataican as founder of the Spiritual Association of Devotees of St. Joseph. Barcelona at this time was felt to be de-christianising. So he wanted to build a church. Work began, on a much simpler design, in 1882. However, in 1883 the original designer resigned and the famous, highly creative and passionate Antoni Gaudí took over…….. 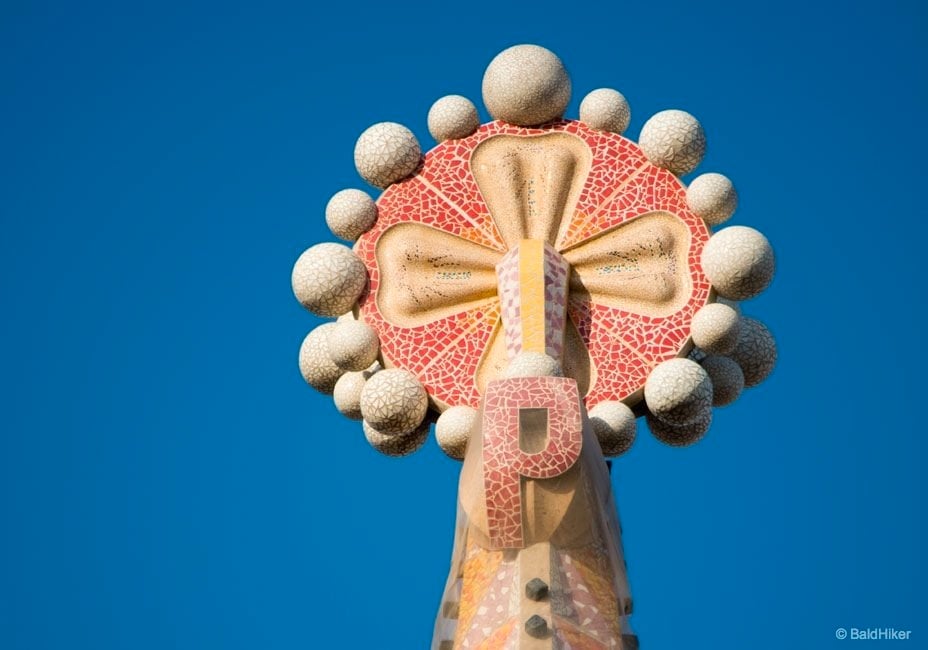 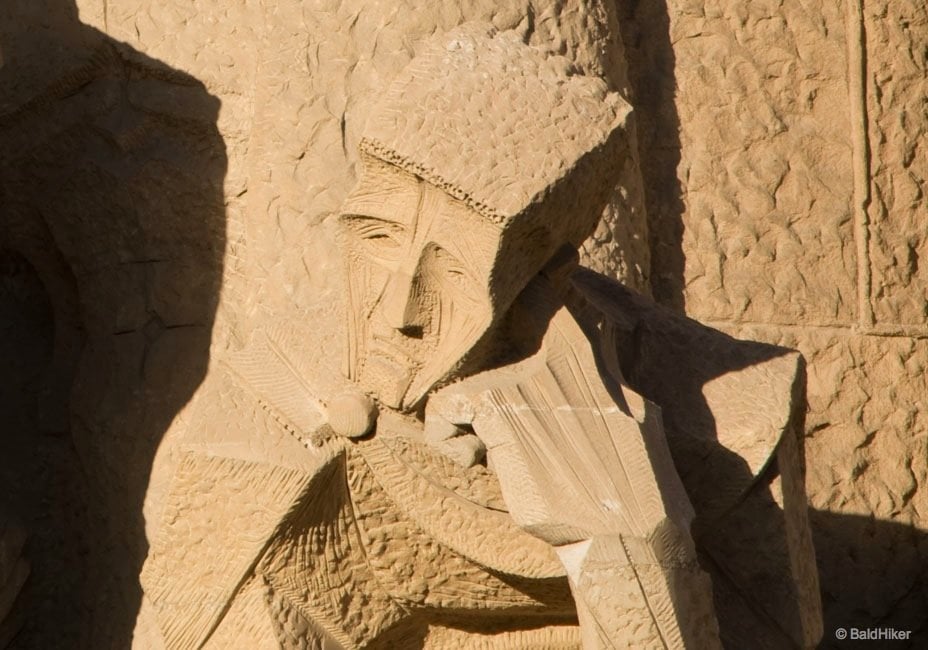 Gaudí was only 31 when he took over but the rest of his life was taken up by it. He changed the style completely and designed a huge building in his intricate modernistic style. He died in 1926 with only about 20% complete. Being a creative improvisor and always adding or changing he didn’t leave much behind to help the continuation. To make matters worse what drawing, notes etc he had left got destroyed in the civil war of 1936, along with some of what had already been built. It wasn’t until the 1950’s that proper work recommenced….. 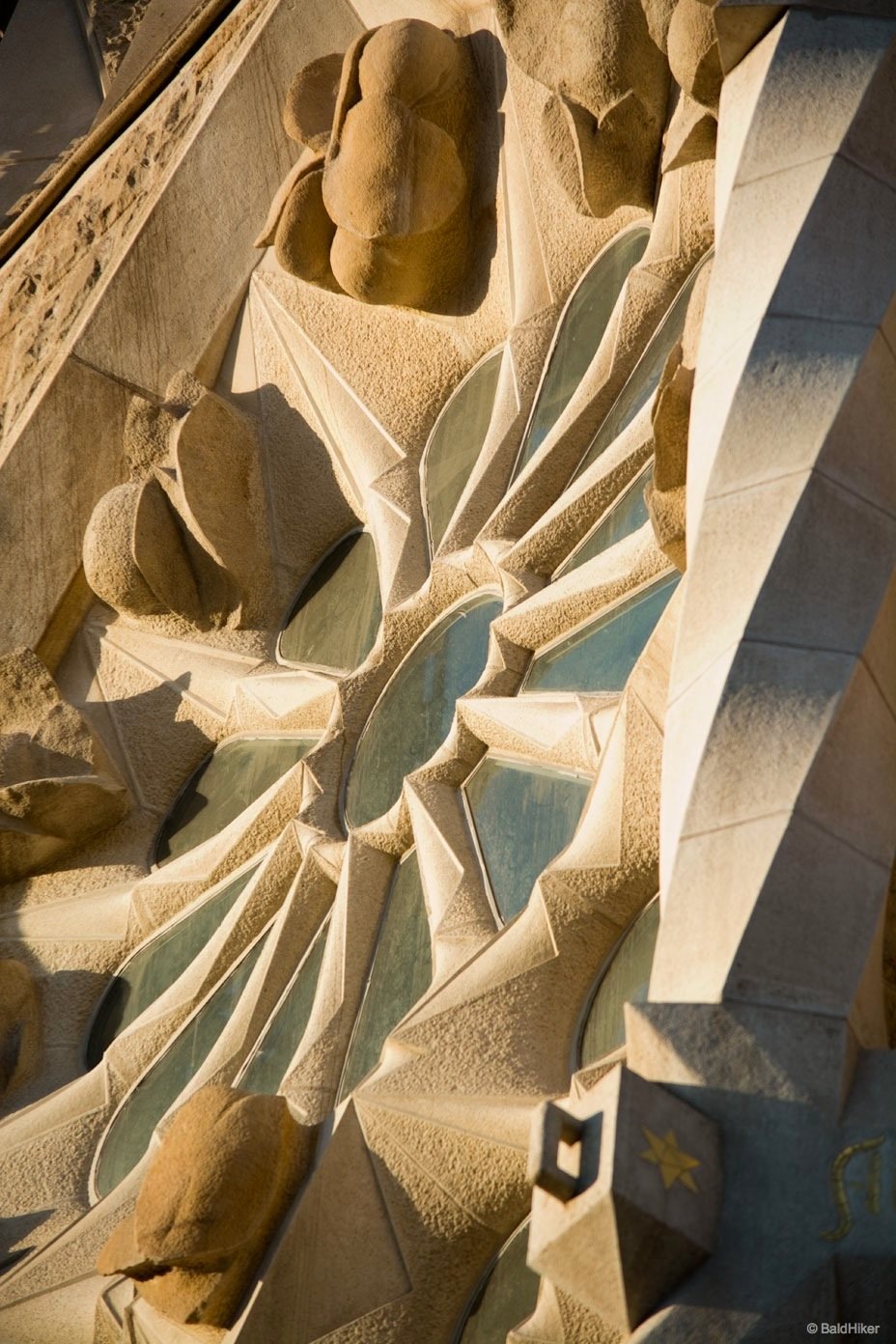 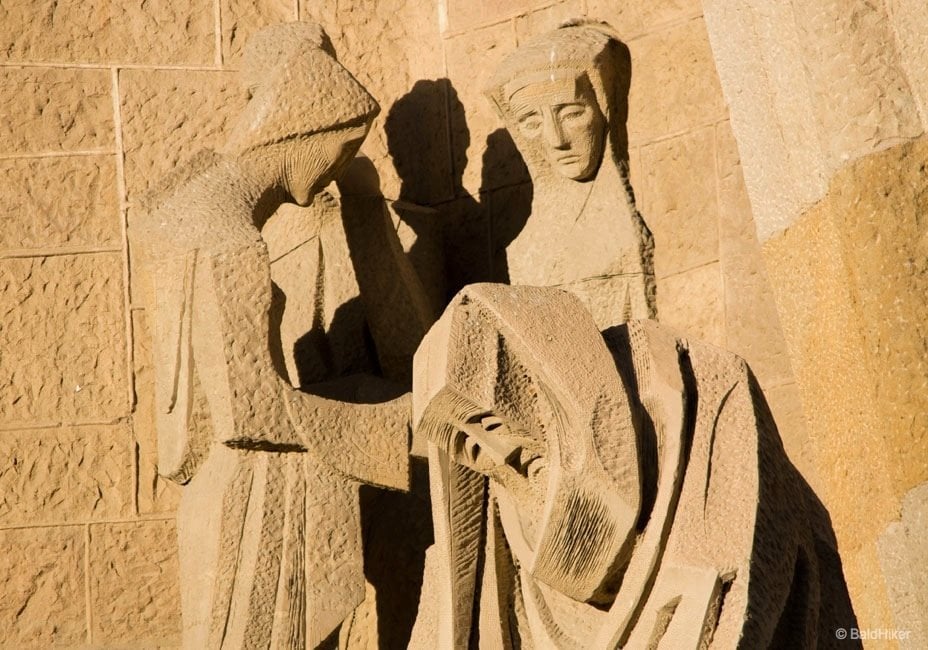 Those that have seen it recently would agree with me that you could take the cranes and scaffolding away and it would look now already like a huge and marvellous religious building, quite remarkable and like no other. However even now it is only a small fraction of what it will be when finished, why even the ‘main’ big central tower, that will rise starting near the top of the current built towers is not there yet for a start. For those that have been up to get a view over Barcelona, ‘you ain’t seen nothin yet’, but when will it be finished?….. 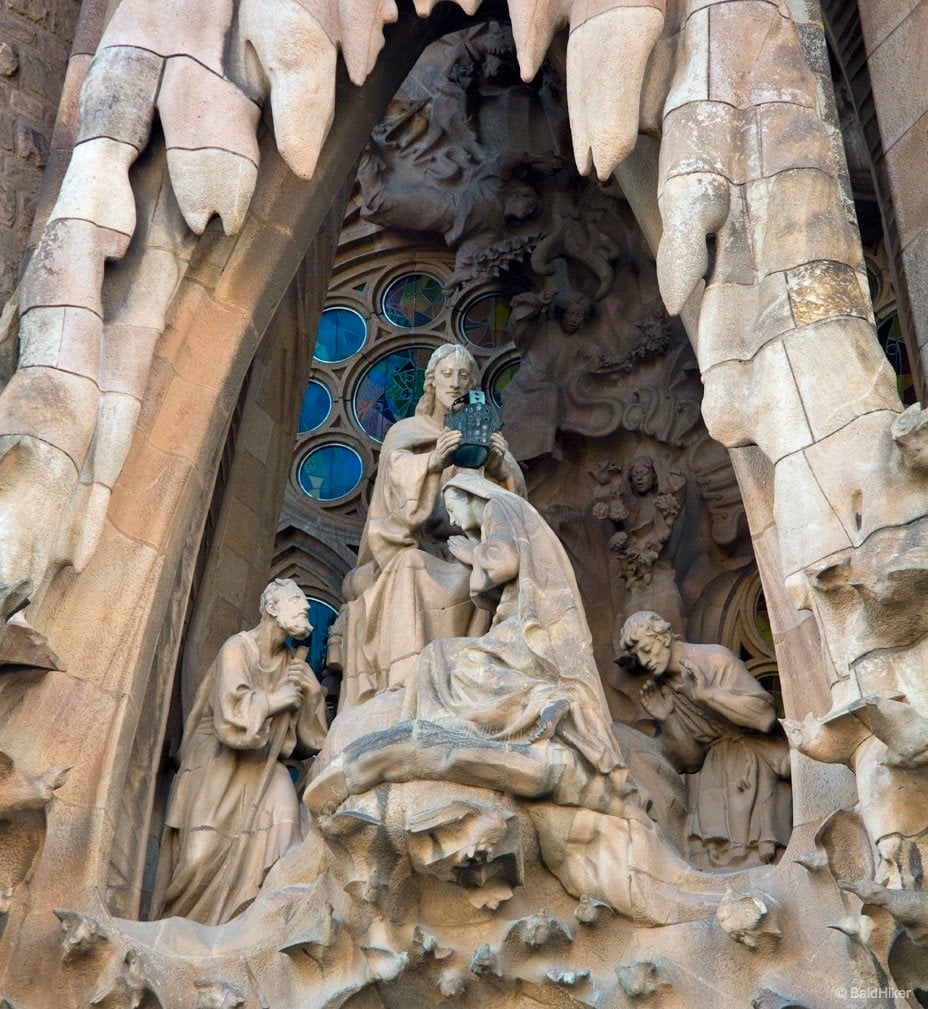 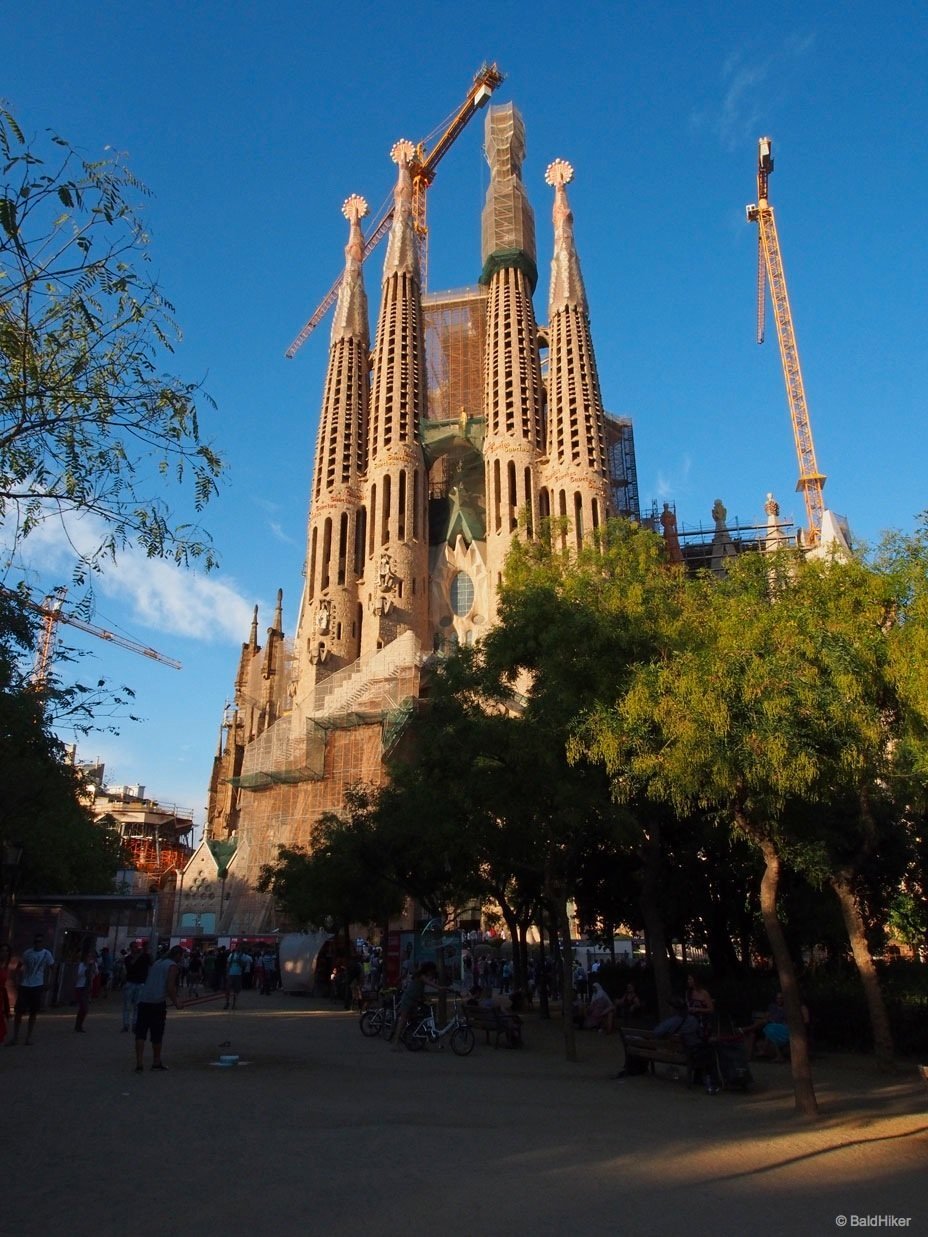 Well, as these pictures show, and what you see even better with your own eyes, is the absolute fine detail and carvings on what seems to be every inch. The grand arches, the statues, the towers upon towers, the engravings and scenes carved into the stone! Before modern technology the prediction was another few hundred years or so. Computers have helped now with machines that can replicate hand carving. So, the date for completion has been brought forward to 2026, a hundred years after Gaudí’s death. Or in some sources it is 2028, or it may be later. In the word of the man himself….

“My client is in no hurry” – Antonio Gaudí 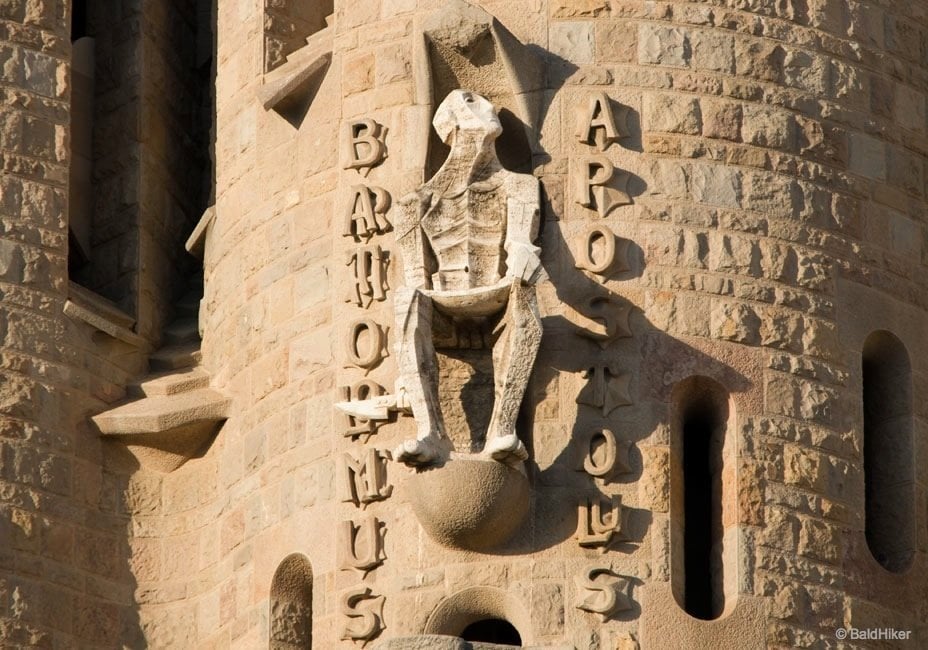 So maybe now we can return in 20 years and it will be in all its spendour! That being said, today it is already one of the biggest tourist attractions in Barcelona, it honestly is a remarkable sight to stand by already. The whole circumference is lined with people, necks arched, looking up in wonder. There is no state funding of course too but the thousands and thousands whom pay to go inside help contribute to a speedier complete church. I thought to myself too as I admired from one of the tree-lined parks beside, now that was a little exploratory stroll with a big outcome! The Sagrada Família… Started as a wonder, is a wonder and will be gigantic wonder! 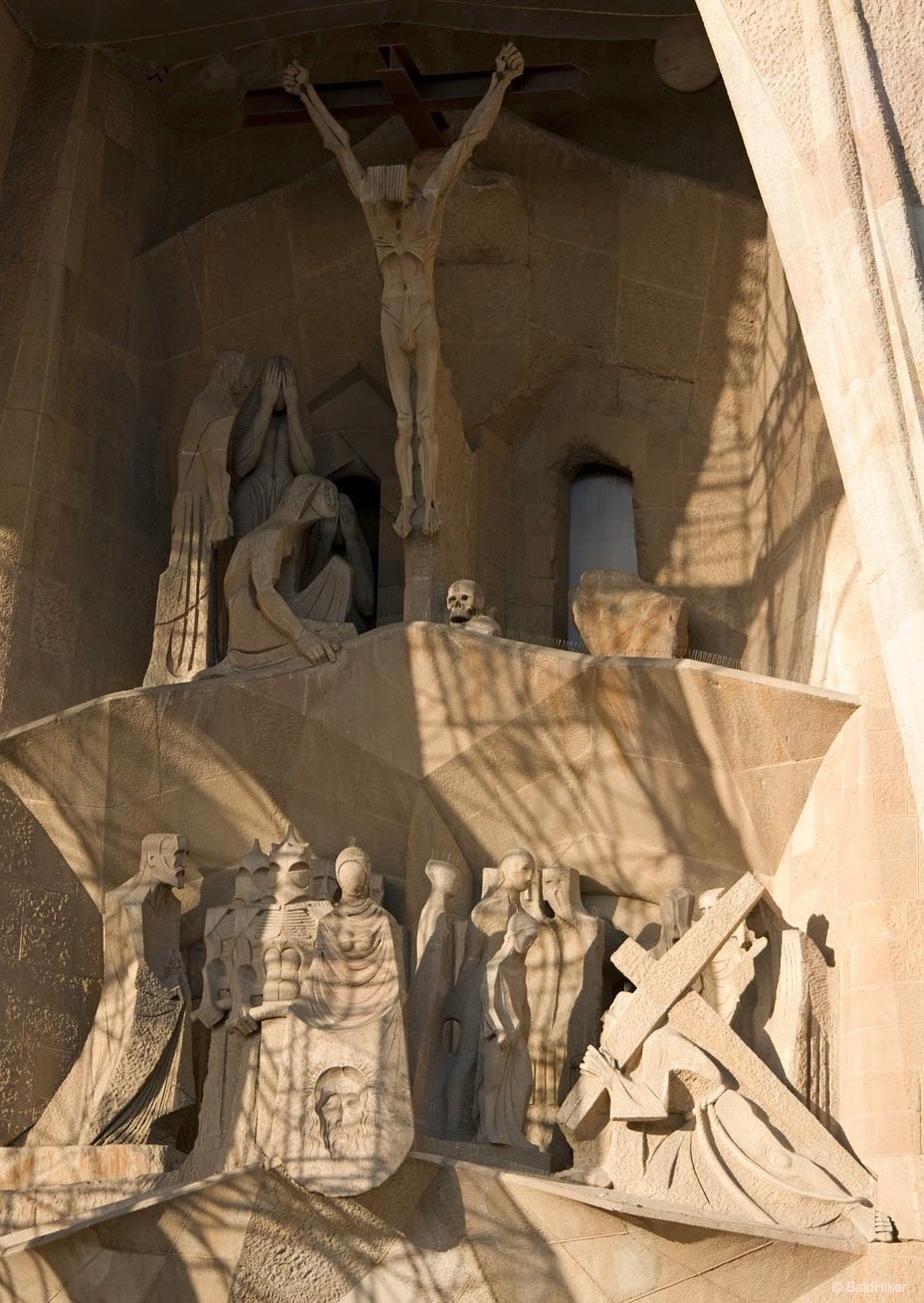 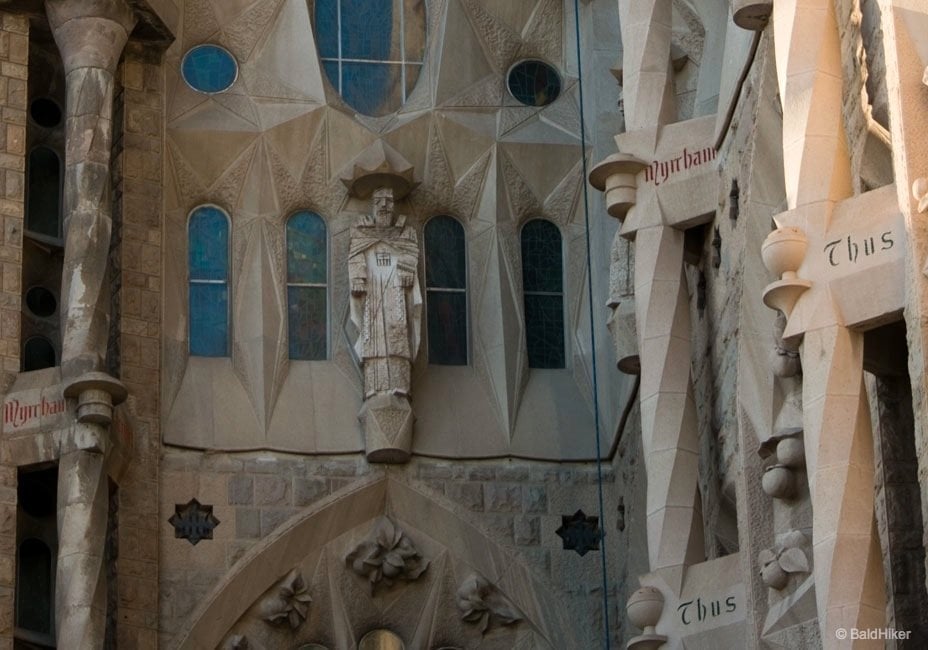