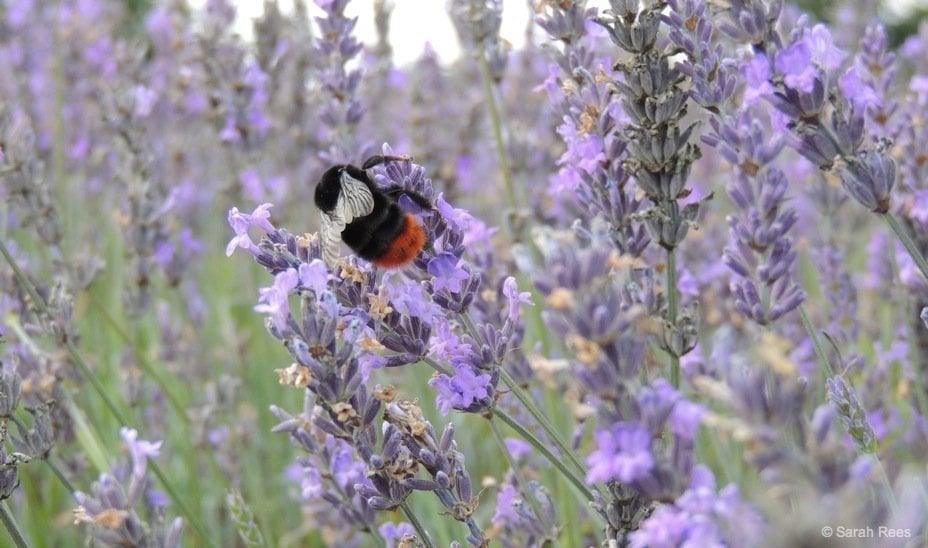 It was the end of summer and I found myself gazing at a lavender farm in the South East of England. The sight of this huge lavender field in Surrey came as a bit of shock.

After all, this is one of the ‘commuter counties’ for London; an urban region where towns and villages are interspersed with horse racing and golf courses.

The local countryside usually consists of grassy hills, agriculture and fragmented woodland. Yet here it was – a lavender field curiously and wonderfully out of place – like a picture of Provence.

How many known species of Lavender are there?

Lavender is a genus of 47 known species of flowering plants in the mint family, (Lamiaceae.) Some of the main types are Common Lavender, also known as True lavender, (Lavandula Angustifolia.) This is well known to have been cultivated especially well for its quality lavender oil.

Lavandin ( Lavandula x intermedia,) is a hybrid cross between the Lavandula Angustifolia and the Lavandula Latifolia. These are not as hardy as an English lavender but more tolerant of hot weather than the English variety.

They’re taller and make good bedding plants and also have a good yeild of oil, although not such high quality.

Very popular in culinary use and dried for use in potpourri.

French Lavender also known as Butterfly or Spanish lavender, (Lavandula Stoechas.) Grown for its silvery aromatic leaves and used in essential oils and in potpourri.  The flower ears are quite distinctive. This variety loves hot weather.

What is lavender used for?

Lavender (Lavandula,) includes annual or short-lived herbaceous perennial plants, and shrub-like perennials, subshrubs or small shrubs. It has been used as a decorative border plant, used in fragranced oils and used in culinary ways, it’s also occasionally used in wine and beer making.

Lavender was used as a holy herb in ancient times. It was often used to freshen up and give a light scent to a whole range of personal items, such as clothes and hair.

The aroma of lavender is known to have relaxing properties whether directly from the garden scents while growing, as an oil or dried and used in potpourri or lavender bags.

The oil has wider ranging uses because it can be integrated into wax products, massage oils, fragrance products and personalised in many ways.

Many essential oils are used in massage therapy, a good massage is a great way to relax and relive tense muscles.

The relaxation effects of the lavender aroma alone can be very beneficial to those in need of reduced stress levels. Not only does this help in people suffering insomnia, it can help a wide variety of conditions such as those with depression and low mood.

Any kind of relaxation will be helpful in the process of improving mental health and well-being.

The ancient Greeks used to call the lavender herb νάρδος : nárdos, Latinized as nardus, after the Syrian city of Naarusedots.  Also commonly called nard. The species that was originally grown was L. stoechas.

During Roman times, the flowers were sold for 100 denarii per pound, which was almost the same as a month’s wages for a farm labourer. Its late Latin name was lavandārius, from lavanda (things to be washed), from the verb lavāre (to wash).

On my visit to the lavender fields, the road ahead began to bend, the full extent of the fields came into view. I was eager to get in amongst the flowers, to smell their fragrance and lose track of time.

It was the end of the season – just the tips of the lavender flowers still had their bright petals. The flowers further down the stems had already begun to dry and were giving off an intoxicating scent. I watched as butterflies drifted among the fresh and drying flowers.

A lavender field is a treat for the senses. Strangely, one of the first things I noticed was the noise. As I walked deeper into the fields, the more it enveloped me. The electrifying crackle of grasshoppers and constant buzzing of hardworking bees…

It was a gentle drone that filled the air, like a distant orchestra. I later discovered that the lavender here is grown organically, with no chemical use… no wonder it felt so alive.

The fading flowers of late summer were clearly a delight to the mini-beasts. Diligently working their way among the lilac flowers were fluffy red-tailed bumblebees and a multitude of honey bees.

Gazing into the lavender my eyes began to acclimatise and I started to see the finer detail – and pick out the individuals producing the gentle buzz deep within the flowers.

I sat still between the low-lying rows of bushes. A family of mice began squeaking in alarm close by…. I stayed still and then noticed something glisten in the flowers. The sunlight had caught the back of a rosemary beetle.

A beautiful armour of green and pink; I had only ever seen them in books until now.

As I wandered back to the car park, I tried to savour every moment. The sweet perfume being carried on the breeze, the sound of children’s laughter and the beautiful humming of bees in the flowers…

The Mayfield lavender fields are open to the public. The ‘Folgate’ variety of lavender blossoms in late June / early July; whereas the ‘Grosso’ variety flowers in July / August. I will certainly try and return next year in July – when I am told the flowers are truly at their best.