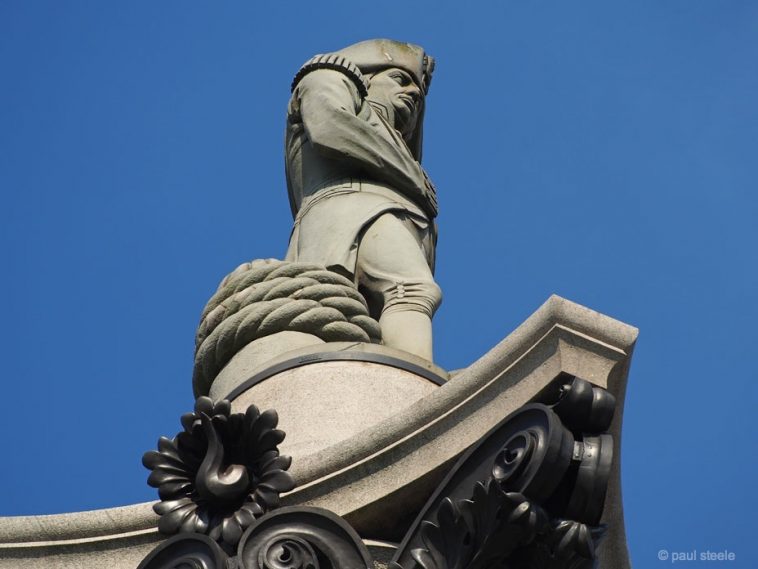 Trafalgar Square, a spot in London that has captured the imagination of many a tourist, historian, art lover, protestor, film maker and much more. A spot owned by the Queen and Crown with a centre piece that is Nelson’s Column with a backdrop of fountains and the impressive National Gallery. The latter being the stage for a meeting I was attending. I was early, the sun was beaming down and gave an opportunity for me to take a wander round. 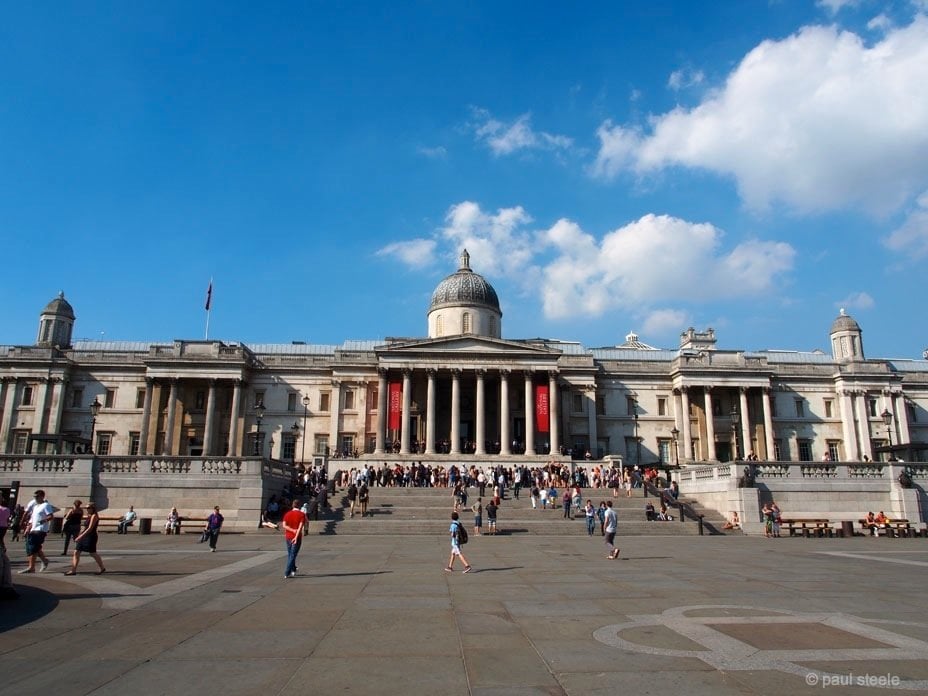 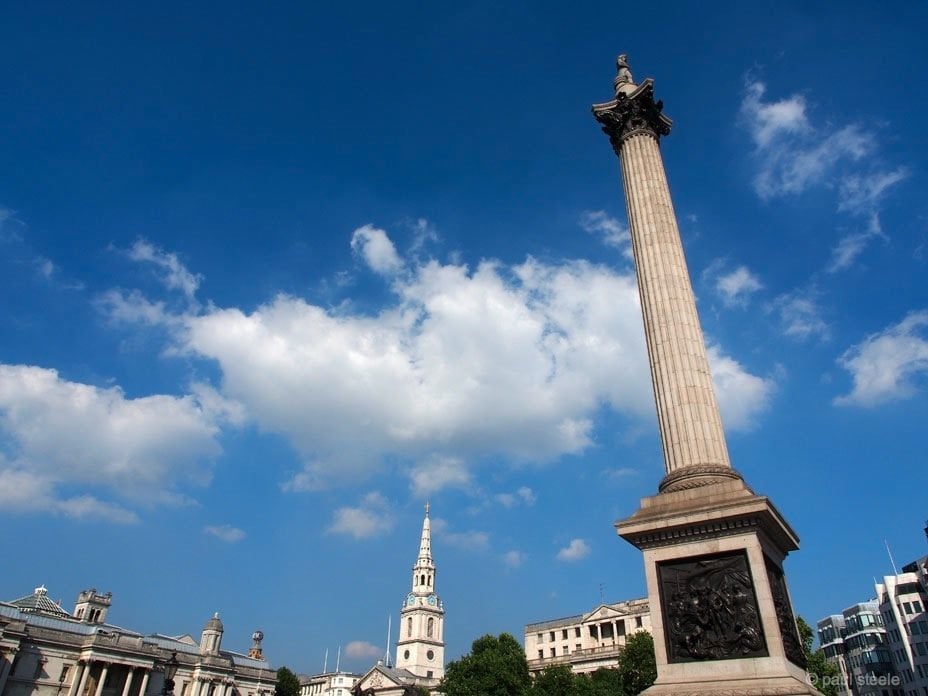 John Nash, the architect of buildings as grand as Buckingham Palace, was in the 1820s tasked with clearing the Royal Mews of this area. From then on various people had a hand in shaping this area to the attraction it is today. The 1830s brought William Wilkins and the National Gallery (opened 1838). William was to create the square itself but his death brought in Charles Barry (designed the Houses of Parliament) whom changed the plans and used steps, balcony areas and plinths to solve a sloped area problem and the give the National gallery more grandeur.

Charles had no say in Nelson’s Column though, in fact he had a belief that the square should have no items of art whatsoever. William Railton was the man tasked with the monument, a Corinthian column, Nelson’s statue atop and surrounded by 4 lions, which were added over 20 years later in the 186os. 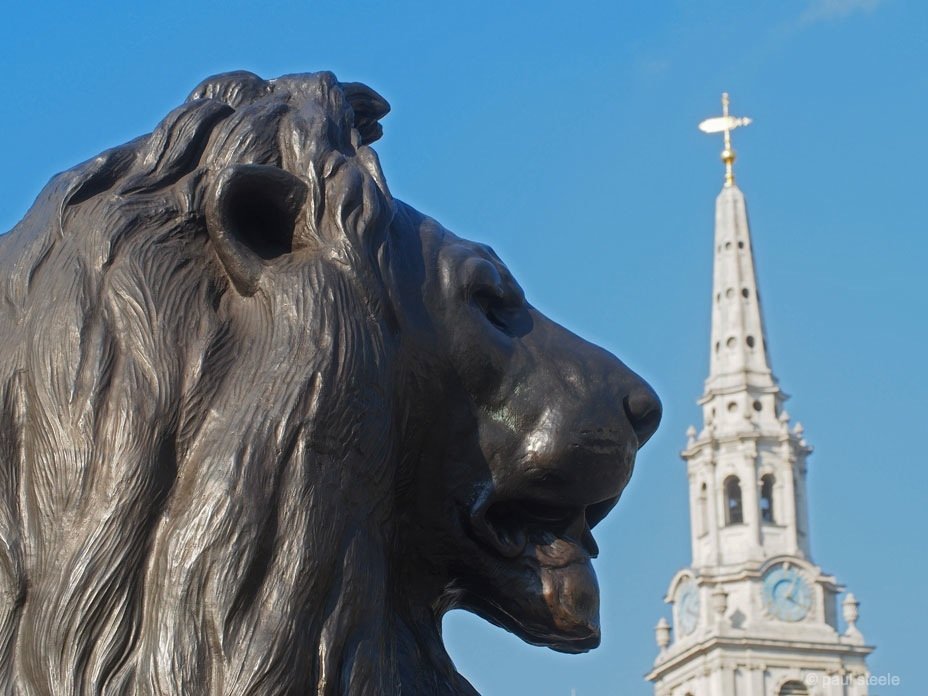 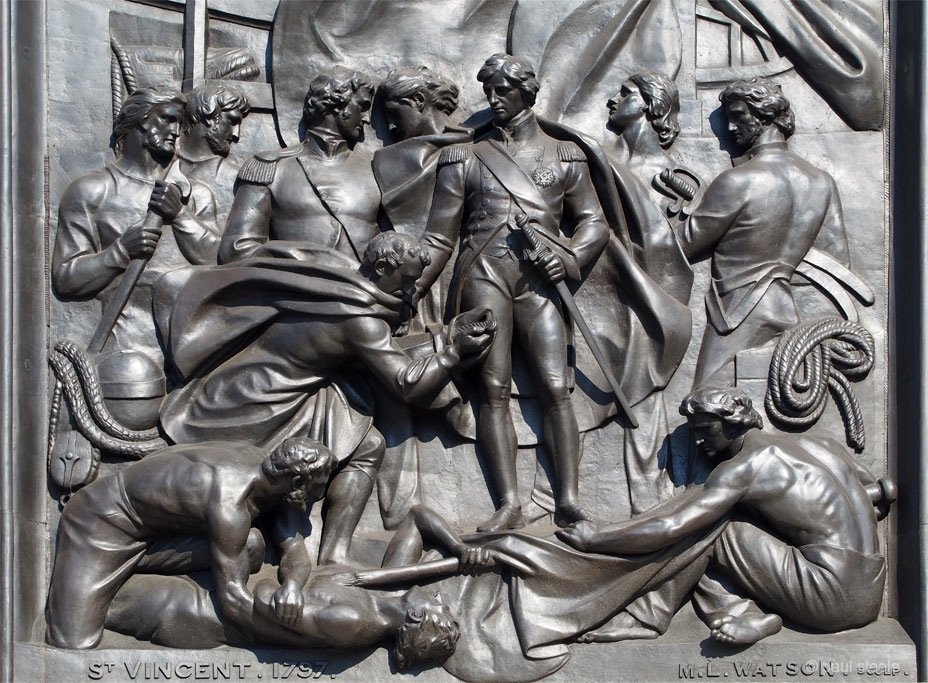 Trafalgar Square is home to 2 fountains that always have a crowd or two gathered around, especially in the sunshine. The fountains were built so as the stop the whole area being taken over by any big riotous group.

The fountains you see today are not the original ones, they were replaced in the 1940s and the old original ones bought by Canada. If you ever want to find them then one is between the Legislative Building and Wascana Lake in Regina, Saskatchewan. The other is Confederation Park Fountain in Ottawa. 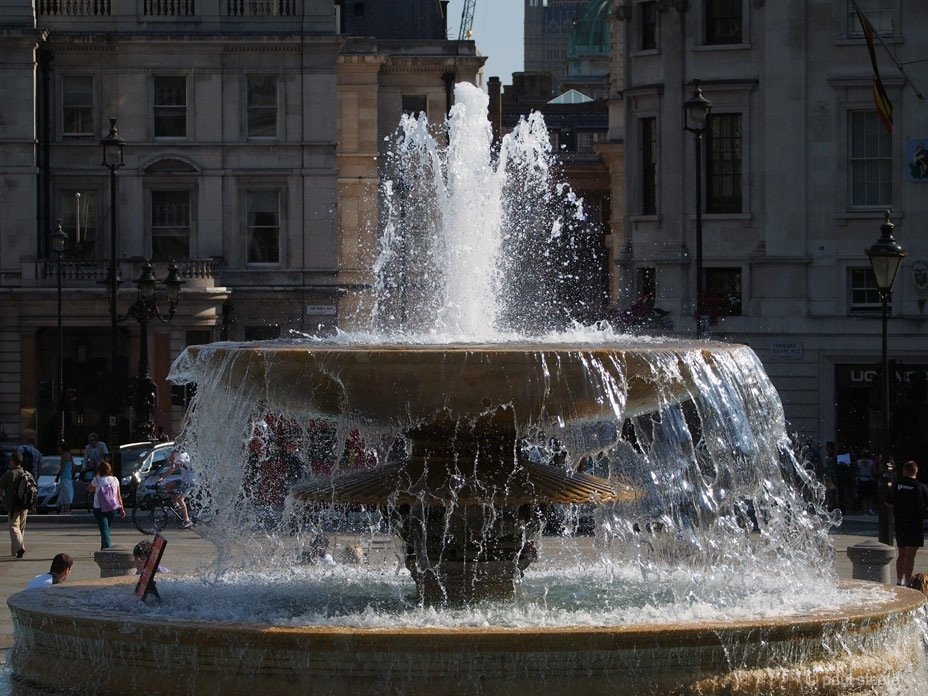 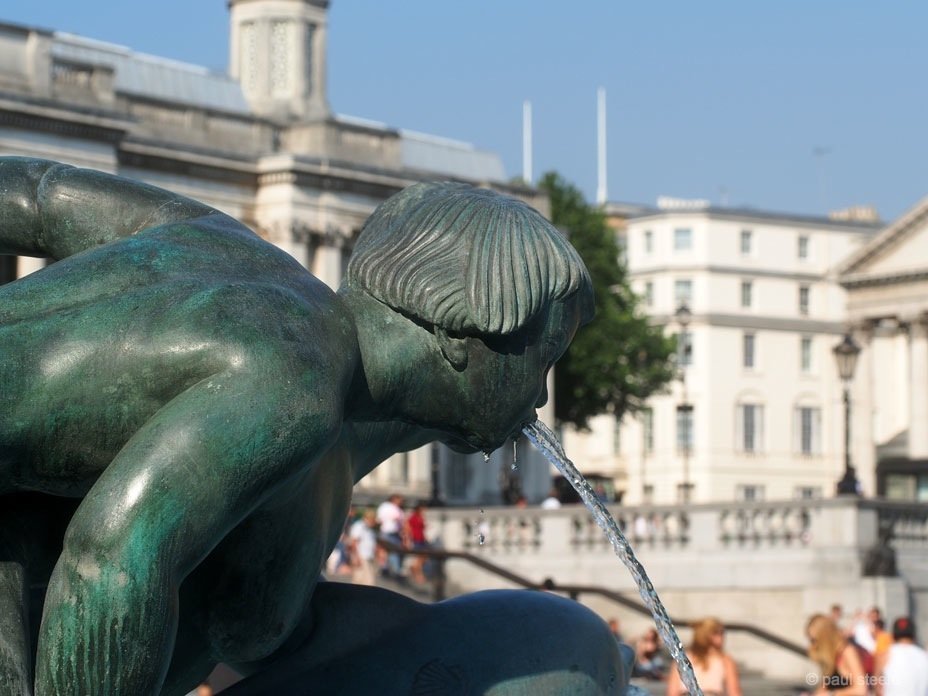 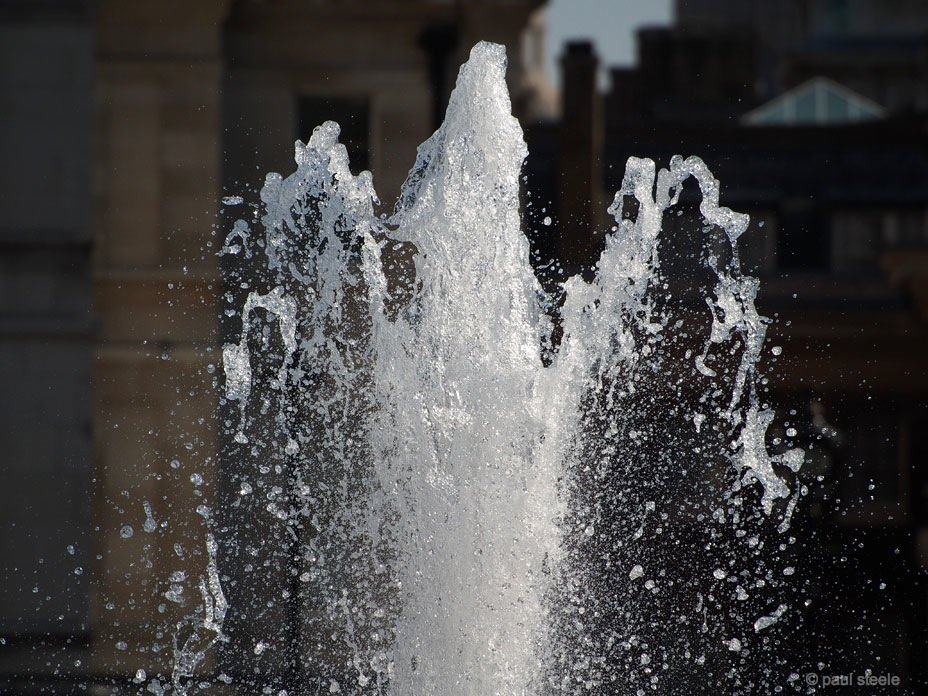 Three of the plinths have had permanent statues. One you can’t miss is George IV ipon his horse, this was actually made in the first instance to go on top of the Marble Arch. Now, the fourth plinth plays host to changing commissioned art. I am no art critic myself but I must admit the contrast and weirdness of all this history and grey stone with a big blue chicken standing high in the corner 🙂 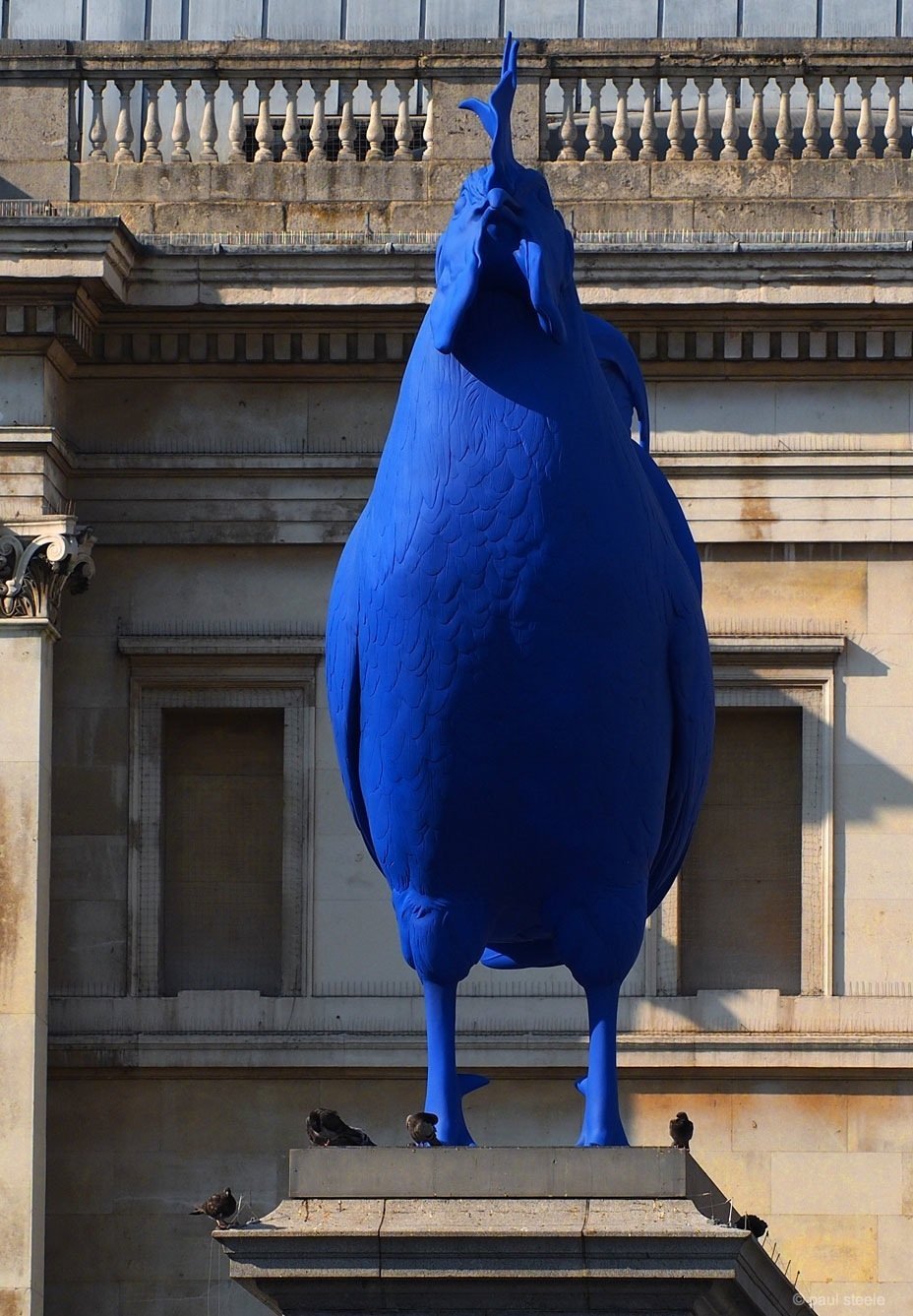 It was time to head inside to my meeting, but, it was wonderful to take time to experience this spot slowly to be honest. So many times I have rushed through it getting from A to B or been heading straight inside to the gallery. 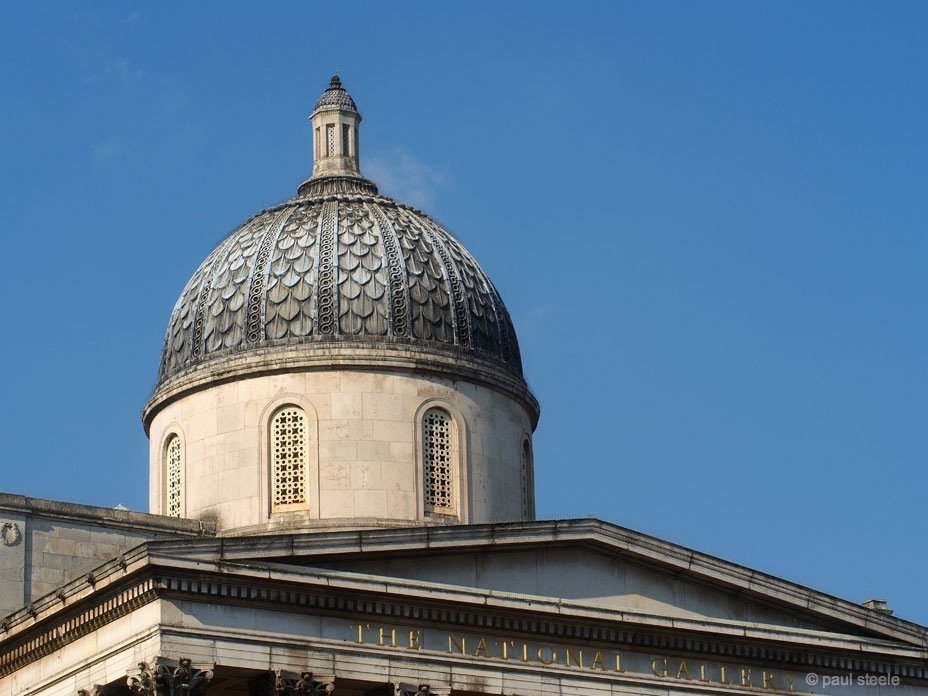 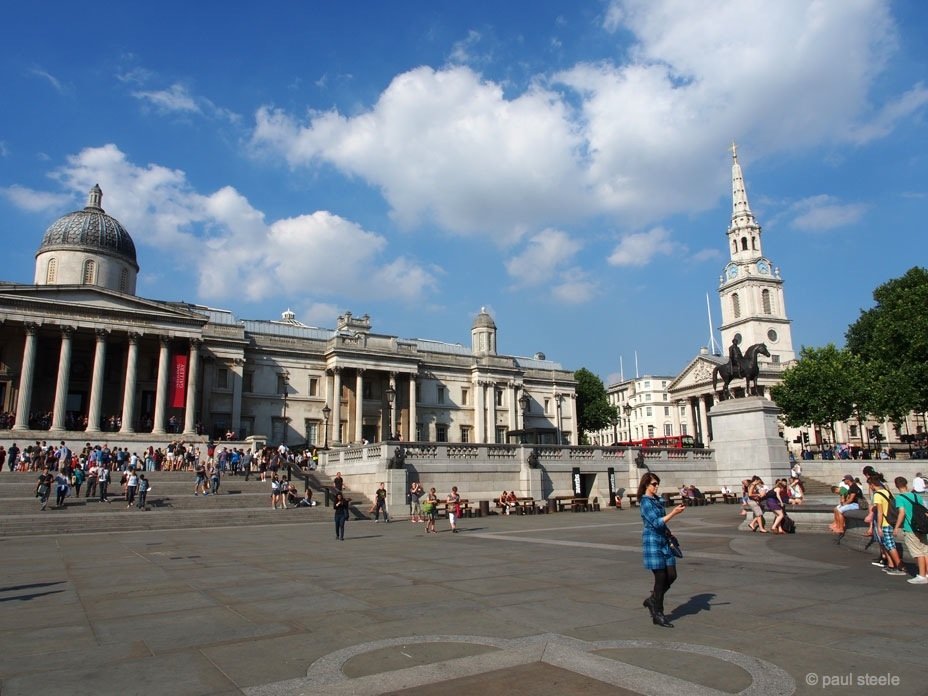