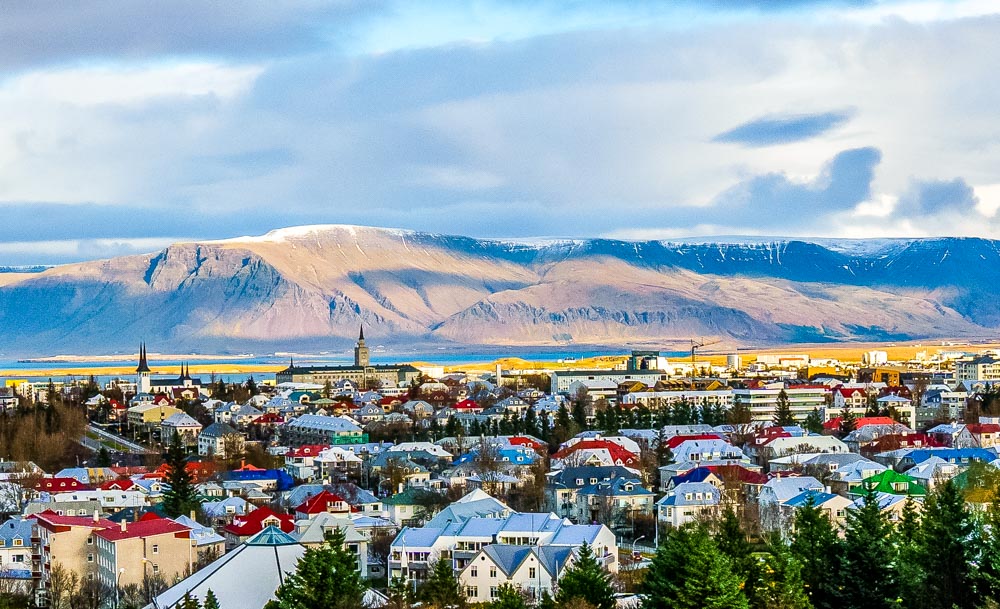 One of the joys of foreign travel is exploring the food, flavours, and the dining culture of another country. I must admit, I had not considered Iceland as a gastronomic destination, with my pre-flight thoughts being occupied by snowmobiling across glaciers, geo-thermal springs, and geysers, and all those other outdoor images that Iceland conjures.

Indeed, all these things make Iceland a unique country to visit, and it is one of the best places I have been. However, Icelandic food was an unexpected bonus on our recent trip to Iceland and our food walk around Reykjavik was the perfect place to start.

We booked a guided food tour with the Reykjavik Food Walk, deciding to do this on our first full day in the country after reading some good online reviews.

I’d never done a food tour before, but we thought this would be a good introduction to the city, as well as getting the inside track on some of the best places to eat.

A foodie tour is just like a giant game of Pac-man as you move and munch your way around the streets of a city, but of course with no ghosts chasing after you it’s a much more relaxing affair.

We met our excellent tour guide Thor, and the rest of our group – 12 fellow tasters in total – just before lunchtime and headed out into the crisp October air.

The tour is more than just food, as Thor gave us the lowdown on Icelandic history, mythology, modern day living and everything in-between. All delivered with characteristic dry Icelandic humour as Thor guided us from the port, and through the old town streets near-by.

So, what were we going to eat? What are the foods that spring to mind when you think of Icelandic cuisine? Dried fish? The infamous fermented shark?

I’ll come back to the fermented shark later, but fish and lamb do feature heavily on Icelandic menus, and they made an early appearance at our first stop Fjallkonan, a lovely restaurant in the heart of the old town serving traditional Scandinavian food.

First up was lamb and flatbread and an Arctic char blini. The lamb was slow cooked and served with carrot puree, pickled onions, and a horseradish sauce. Delicious.

The char was lightly cured, topped with roe, rocket, more horseradish, and an elderflower dressing and both were elegantly presented on rectangular slates. It was a strong start.

So where do you go after such a refined introduction? Correct, you go for a hotdog. Bæjarins Beztu is the oldest fast-food joint in town and has been serving the hungry, drunk, and famous (and sometimes all three) since 1937.

The done thing at this famous hotdog stand is to get one with everything; your bun, fried crispy onions, raw onions, Icelandic ketchup (made with apples to provide sweetness), lamb hotdog, remolaði (remoulade) sauce, and Icelandic mustard.

Bill Clinton infamously had his only with mustard and he was missing out – the crispy onions and the trio of sauces are what makes it.

After a brief history of Icelandic fast food – there are no McDonalds in Iceland anymore and Icelanders LOVE pizza – we headed to our next restaurant.

The Messinn Seafood restaurant specialises in fresh fish, served in huge copper pans, with a generously buttered potatoes, and salad.

This is food designed for sharing although the fish is so good that there may be a struggle for control of the serving spoon. This was the best thing that I ate during my week in Iceland and there was some stiff competition for that prize; we had some fabulous Lebanese inspired food at Sumac, and the tasting menu at Matur go Drykkur was great fun.

We had Arctic Char with honey, tomatoes, almonds, and garlic butter. Arctic char is related to salmon and trout and can be found in the glacial lakes and rivers of Iceland. It’s pinky-red in colour, has an almost nutty flavour, and cooked like this it is very moreish.

We were also served a basket of breads including some cake-like rye which was perfect for mopping up the sweet garlicky sauce. I could have stayed in there soaking up those juices all afternoon but alas we had to go somewhere else and eat some other tasty morsels.

Next up was Íslenski barinn – the Icelandic Bar – and time to tick off some uniquely Icelandic foods. I had watched people trying fermented shark on tv programmes and was yet to see a positive review.

Still, I thought when in Reykjavik then do as the Icelanders do, although I suspect that increasingly this a food aimed at tourists rather than a staple of Icelandic dinner plates.

The main food offering at Íslenski barinn was a super tasty lamb-stew which also came with some optional harðfiskur – dried fish – which I quite enjoyed despite the dried fishiness of it all.

The fermented shark turned up in its own air-tight container. When food needs to be delivered in a separate protective vessel then it is natural to feel a little hesitant. Our group was split fifty / fifty between those that were going to partake and those that wanted no part in this madness.

I had the unenviable position of being the closest guinea pig to the pot of fermented misery, so I went first.

I popped open the lid and took in a nose-full of the scent which was a terrible mistake. The aroma was pitched somewhere between smelling salts and cat urine, and it stripped a layer of liquid from my eyeballs. Undeterred, I summoned the will power to pop it in my mouth, with my Icelandic ale very close by to quickly follow it down if it tasted anything like it smelled.

However, there was no gag-reflex as the taste wasn’t anything like as bad as I feared. It was just like eating some cured fish. I mean I won’t be buying any more fermented shark in the immediate future, but it’s not so bad.

Still, I quickly washed it down with my beer and finished the rest of my lovely lamb broth just to rebalance my gastronomic senses.

With the fermented shark ticked off we headed back out into the Icelandic afternoon, heading up Skólavörðustígur, the Rainbow Street that celebrates Reykjavik pride, on the way to our final spot.

On the high street Thor pointed out the best places to invest in traditional Icelandic woollen-wear, the hefty sweaters being another tourist thing to tick off although all Icelanders seem to have great trust in wool to ward off the cold.

At the top of the street just across from the iconic cathedral, Hallgrimskirkja, was our final food destination for some coffee and dessert.

Thor provided a lesson in Norse mythology as he walked us through the scene, but my attention was being taken up by the rye sourdough ice cream that had appeared by magic in front of me. This delicious desert was a perfect end to our foodie tour, and we lingered a little longer in the cafe drinking coffee, sharing our Icelandic experiences, and contemplating a few hours well spent.