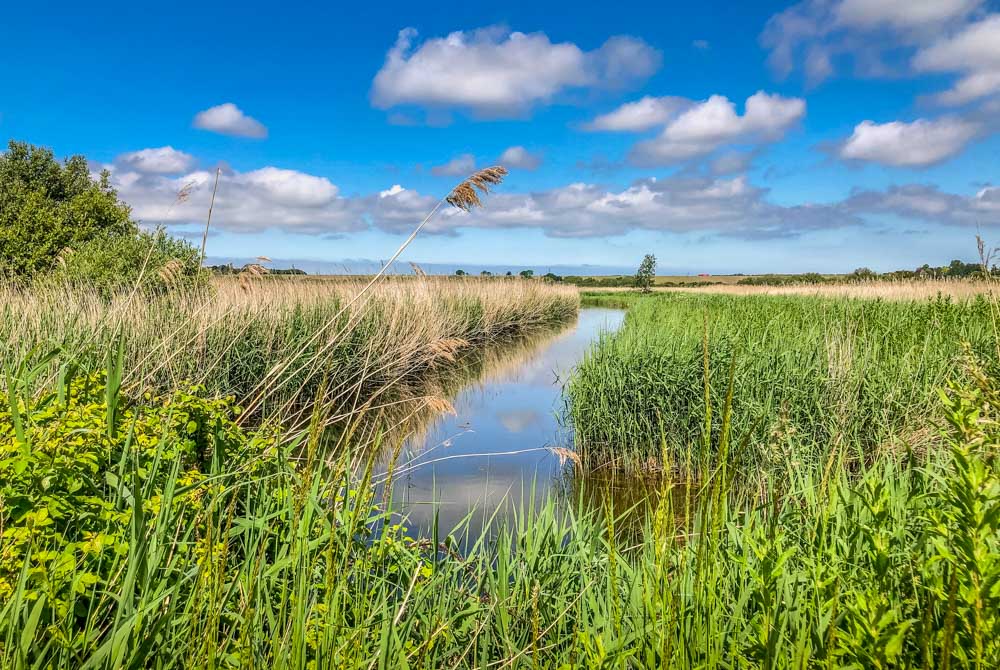 I was given a new camera for my birthday last year and I was itching to try it out properly and take some pictures of wildlife, so we headed down to the Stodmarsh National Nature Reserve with a picnic, sensible shoes and plenty of water to drink.

The Stodmarsh National Nature Reserve is near Canterbury in Kent and is owned by Natural England. It is located in the valley of the Great Stour River between Westbere and Grove Ferry.

It covers 241 hectares and takes about 2 hours to walk all the way around, but there are shorter routes if required and there is a path that is wheelchair friendly too.

It is a unique area of wetland, marshes, reedbeds, lakes and woodland, abundant with wildlife and perfect for bird watching.

The trail is a circular walk. It is really well sign posted as you walk around and there are a few different routes that you can take along the way if you want to try a shorter walk.

There are also information posts to tell you all about the area, which is really handy and there are plenty of bird hides every so often, where you can sit and watch the birds across the spectacular marshes.

The land was originally used by Augustinian monks who apparently kept horses on the land. The marsh land was perfect for mares in foal and this is how the land became known as Stud-marsh which was changed in time to Stodmarsh.

In the 18th Century, to prevent flooding in Grove Ferry, they built a flood defence barrier called the Lampen wall. This worked really well until the Chislet Colliery opened.

The underground digging caused the land to subside and over time it became waterlogged again. This formed into small lagoons and reedbeds soon followed.

The marshy land became a shooting area for wild fowl but was later declared a site of special scientific interest in 1951 and in 1968 was declared a National Nature Reserve.

We were amazed at how much there was to see at the reserve. It’s so full of life and lovely to see nature at its best. Just sitting listening to the different bird calls and watching the dragonflies flitting around the reeds was mesmerising.

The reserve has the largest reed beds in the south east of England. It is home to a large variety of birds, including many rare breeds, insects and rare plants.

Rare birds have also been spotted at the reserve including the Glossy ibis, cattle egret, American coot, black-winged pratincole, red-footed falcon, penduline tit and the savis warbler. It really is a bird watchers paradise.

We stopped on one of the many benches to have our picnic and it was just so lovely and peaceful. It really is such a stunning walk.

It is a walk that you will want to keep stopping to take pictures or just to sit and take in the views and appreciate the wildlife.

While we were walking around we heard a terrific noise coming from the lilies on the pond and as we got nearer we realised it was the marsh frogs calling to each other. What a fabulous sound. A true frog chorus.

The reserve was extended in 1995 when 79 hectares of fields were bought. This area is now being turned into reedbeds, lakes and wet grazing marsh. This will make it one of the largest reedbeds in the country.

The area needs constant management to keep the water at a controlled level and reedbeds need to be trimmed to stop them turning into scrub and woodlands. Grazing cows help to keep the conditions suitable for breeding and winter birds.

Stodmarsh National Nature Reserve is a perfect day out if you love being at one with nature, birdwatching and or if you love photography. It’s a long way round so best to take refreshments and wear sensible shoes, as in some places the ground can be uneven and slippery.

There are toilets half way round, plenty of benches along the route to sit and enjoy your surroundings and many bird hides. There is also a sensory trail that is wheelchair friendly and dogs are welcome as long as they are kept on a lead.

A fantastic day out and a lovely way to reconnect with nature in such beautiful and peaceful surroundings.