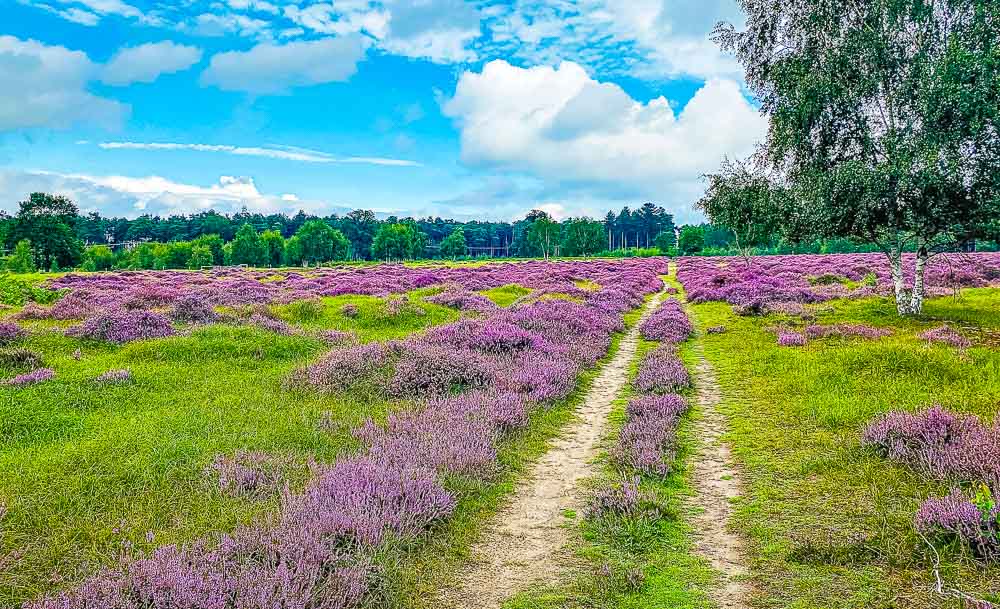 It was my birthday weekend and my mum and I decided to take a trip to East Anglia to squeeze in some sightseeing and do some walking. We already know the area fairly well but it’s always great to come back and see some familiar places.

Our first stop was Weeting Castle. Situated in the village of Weeting which sits on the border of Norfolk and Suffolk, Weeting Castle is in fact not a castle, but an example of a 12th century manor house. Archaeological excavations of the site uncovered post holes and pottery dating to around the 10th century, suggesting there was a Saxon settlement located here before the construction of the manor house in around 1180. It is thought that Hugh de Plais, who was a tenant of the Earl of Surrey and rented the land, copied the design of a Norman manor house that was built in nearby Castle Acre.

The property is surrounded by a moat which was added in the 13th century, not as a defensive feature to the property, but as a demonstration of the wealth of the family who resided there. Also on the site is an 18th century ice house which was used by the now demolished Weeting Hall to store ice collected in the moat. Now the ‘castle’ lies in ruins and English Heritage are carrying out repairs to ensure the preservation of the site. The area is popular with local walkers and their dogs who enjoy running in and out of the now dry, grass filled moat.

The next stop on our trip was to Brandon Country Park for a relaxing walk. Originally a manor house with extensive grounds Edward Bliss constructed Brandon Country Park with the fortune he had made providing flint to the British Army during the Napoleonic wars. He later planted a seemingly infinite amount of trees including a towering Giant Redwood which can be seen on a stroll around the parklands. Today, Brandon Country Park is a popular destination for families and tourists who come to experience the forests, heathlands, cafe and play area on offer here. My mum and I set out on the trail marked with orange posts which was listed as being a 6km walk.

However a combination of endless nattering and admiration of our surroundings led to us ignoring (or getting lost, I’m not admitting which one it was) the orange directional posts and, 14km later we arrived back at the car just in the nick of time as the heavens opened as we sat down in the car. The rain gods must have felt sorry for us and waited patiently for us to find our way back to the car!

Our walk also led us past the Bliss family mausoleum inside which Edward Bliss was laid to rest in 1845. The walls of the mausoleum are lined with knapped flint and inside is an altar and space for six coffins on either side.

About 15 minutes out of Bury St Edmunds is West Stow Country Park. We didn’t quite know what to expect but we were very pleasantly surprised with what we found. At the heart of the attraction is a reconstruction of a Saxon village on the site where archaeological excavations revealed a settlement active between around AD 420 – 650. There are eight brilliantly constructed buildings all representing a different aspect of Saxon life including a crafting building, a sunken house, a communal great hall and a typical family living house and all of these are open to go inside and explore. The site is an active example of experimental archaeology and ongoing research is working to reveal even more about the Saxon way of life, how they would have lived and techniques they would have employed in their crafts and farming.

The village is accompanied by a small museum which houses artefacts found from other time periods including beautifully knapped and polished Neolithic flint axes and arrowheads, and Roman pottery and grave goods.

The Saxon village is not all that West Stow has to offer. For those wanting to extend their trip, there is a vast country park with trails leading around fishing lakes and through areas of natural beauty. We followed the Beowulf trail which is a family trail with carvings dotted around the paths inspired by the legend of Beowulf and Grendel. Each sculpture is accompanied by a detailed information board containing stories from the legends, a description of life 1500 years ago and provide an insight into the wildlife you might spot along the way. A walk is of course never complete without a drink at the end and West Stow has a lovely cafe serving a selection of cakes, sandwiches and hot food to keep you going on your adventure!

Our final location on our whistle stop tour of the area was to Ickworth House and Gardens. As with many locations around the area, the history can be traced back to the Doomsday book, where it is listed as being one of the assets of the abbey of St Edmundsbury. But the grand Georgian palace that can be seen today began construction in 1795 and 47 years later, the majestic rotunda which dominates the landscape, was finally completed. Unfortunately the rotunda is currently undergoing some restoration work to the roof in a conservation project called ‘Ickworth Uncovered’, so when we visited it was shrouded in scaffolding and could not be fully admired.

However we did spend a couple of hours exploring the grounds and taking in both wings of the house. The ornate gardens, inspired by the classical Italian style allow an individual to get lost wandering in and out of the finely trimmed hedges, impressive sequoia trees and mystical stumpery.

There are trails available for everyone from a short stroll around the Albana walk which was originally for ‘ladies of leisure’ to promenade on relaxing afternoons, to a 10km pathway which takes in the parklands and views of the surrounding countryside.

Of course we completed our visit with a trip to the cafe, a gingerbread latte was a perfect end to a somewhat wintery August weekend trip.